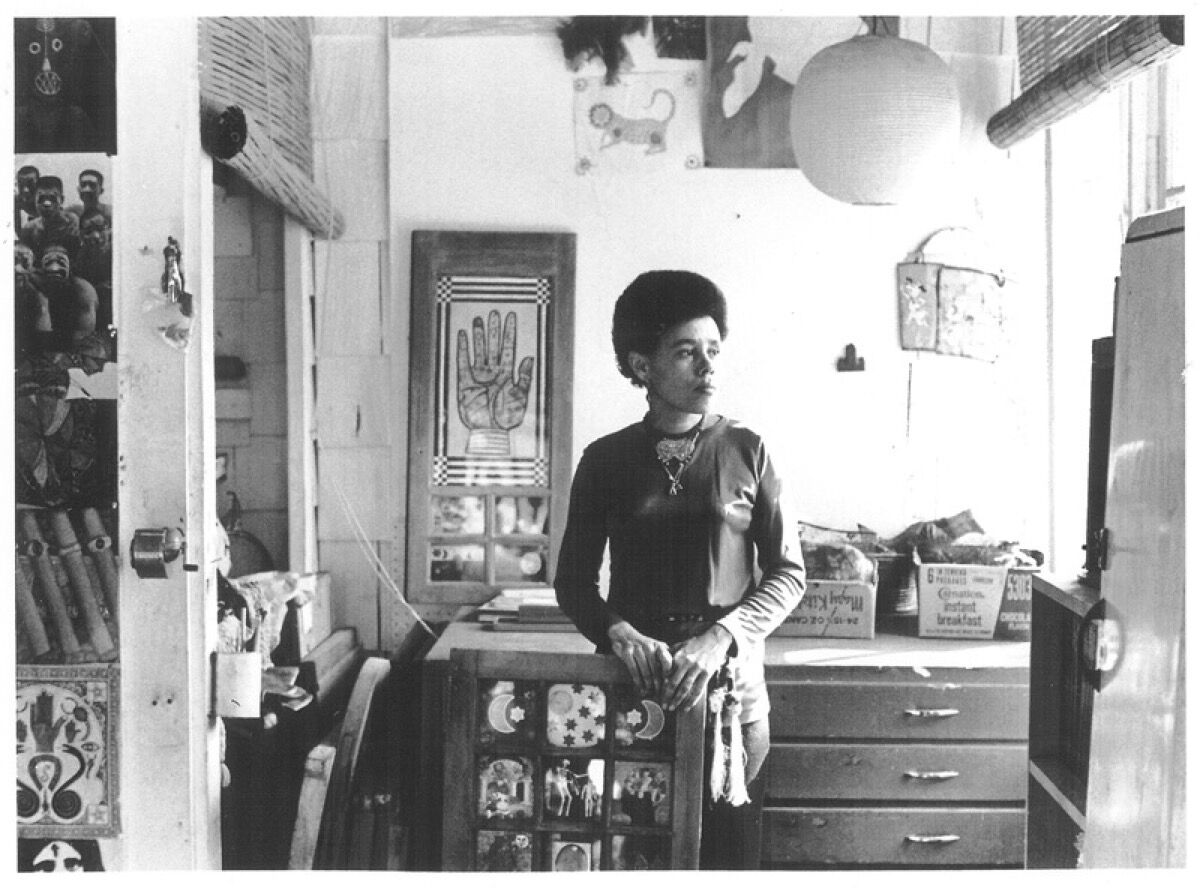 When artist
Betye Saar
received an open call to black artists to show at the Rainbow Sign, a community center in Berkeley not far from the Black Panther headquarters, she took it as an opportunity to unveil her first overtly political work: a small box containing an “Aunt Jemima” mammy figure wielding a gun.
It was 1972, four years after the death of Martin Luther King, Jr. “When I heard of the assassination, I was so angry and had to do something,” Saar explains from her studio in Los Angeles. But it wasn’t until she received the prompt from Rainbow Sign that she used her art to voice outrage at the repression of the black community in America. “I found the mammy figurine with an apron notepad and put a rifle in her hand,” she says.
The Liberation of Aunt Jemima was born: an assemblage that repositions a derogatory figurine, a product of America’s deep-seated history of racism, as an armed warrior. It’s become both Saar’s most iconic piece and a symbol of black liberation and radical
feminist art
—one which legendary Civil Rights activist Angela Davis would later credit with launching the black women’s movement. 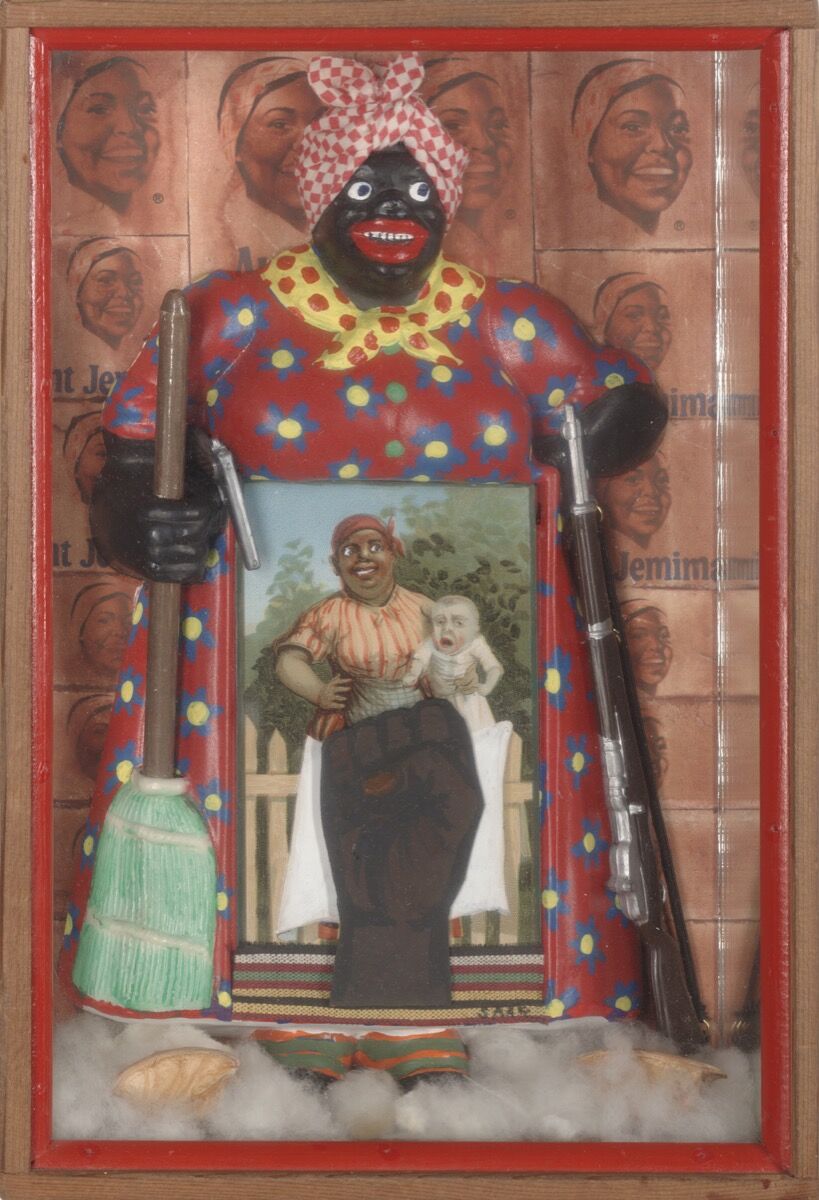 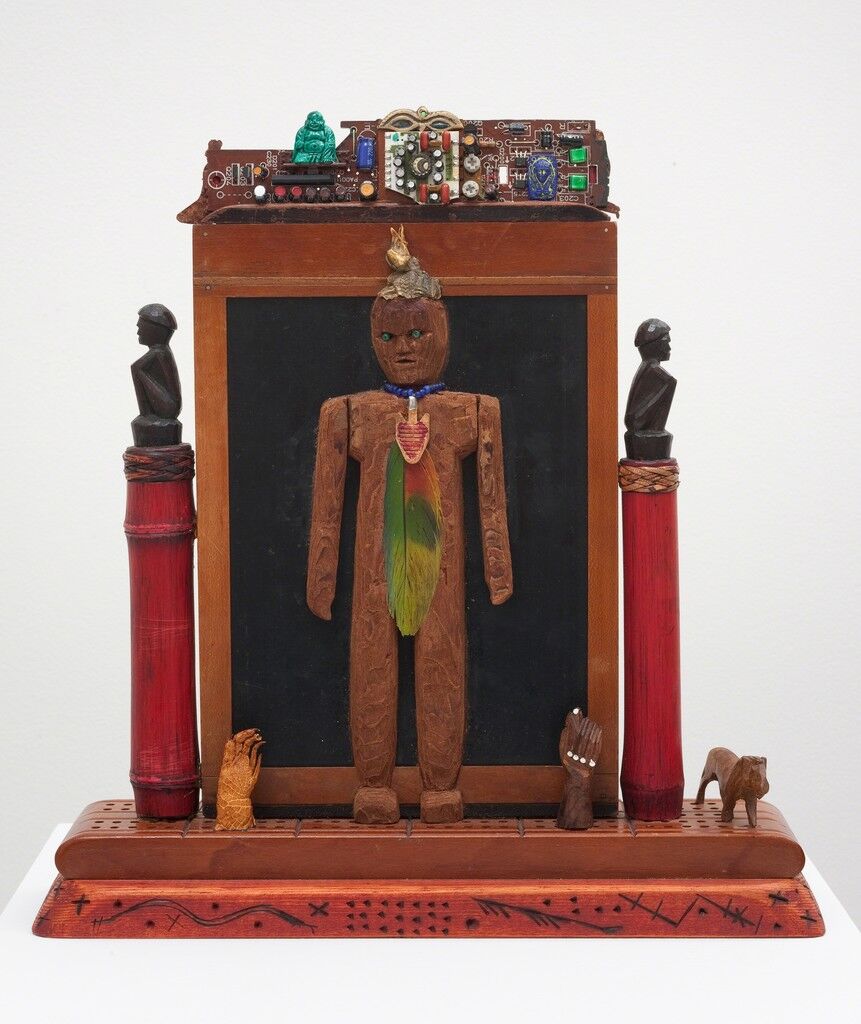 Betye Saar
Shaman, 1991
Roberts & Tilton
By the early 1970s, Saar had been collecting racist imagery for some time. Her Los Angeles studio doubled as a refuge for assorted bric-a-brac she carted home from flea markets and garage sales across Southern California, where she’s lived for the better part of her 91 years. One area displayed caricatures of black people and culture, including pancake batter advertisements featuring Aunt Jemima (the brand of which remains in circulation today) and boxes of a toothpaste brand called Darkie, ready to be transformed and reclaimed by Saar.
Emerging in the late 1800s, America’s “mammy” figures were grotesquely stereotyped and commercialized tchotchkes or images of black women used to sell kitchen products and objects that “served” their owners. These included everything from broom containers and pencil holders to cookie jars. Perversely, they often took the form of receptacles in which to place another object.
Saar’s discovery of the particular Aunt Jemima figurine she used for her artwork—originally sold as a notepad and pencil holder targeted at housewives for jotting notes or grocery lists—coincided with the call from Rainbow Sign, which appealed for artwork inspired by black heroes to go in an upcoming exhibition. In the cartoonish Jemima figure, Saar saw a hero ready to be freed from the bigotry that had shackled her for decades.
The first adjustment that she made to the original object was to fill the woman’s hand (fashioned to hold a pencil) with a gun. In her other hand, she placed a grenade. “She was seeking her power, and at that time, the gun was power,” Saar has said.
Into Aunt Jemima’s skirt, which once held a notepad, she inserted a vintage postcard showing a black woman holding a mixed race child, in order to represent the sexual assault and subjugation of black female slaves by white men. She collaged a raised fist over the postcard, invoking the symbol for black power. Finally, she set the empowered object against a wallpaper of pancake labels featuring their poster figure, Aunt Jemima. 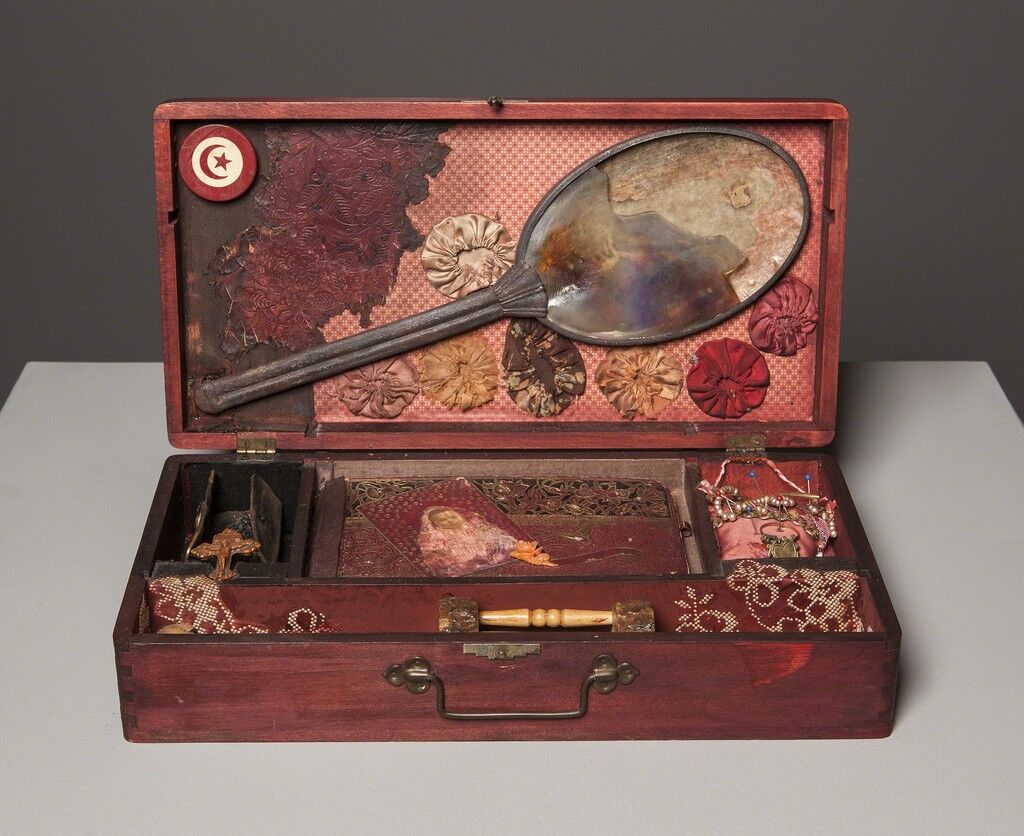 Betye Saar
Record for Hattie, 1975
Fondazione Prada
Advertisement
When it came time to show the piece, though, Saar was nervous. “I had a lot of hesitation about using powerful, negative images such as these—thinking about how white people saw black people, and how that influenced the ways in which black people saw each other,” she wrote. But her concerns were short-lived. Visitors to the show immediately grasped Saar’s intended message. “What saved it was that I made Aunt Jemima into a revolutionary figure,” she wrote. “I was recycling the imagery, in a way, from negative to positive.”
Since the The Liberation of Aunt Jemima’s outing in 1972, the artwork has been shown around the world, carrying with it the power of Saar’s missive: that black women will not be subject to demeaning stereotypes or systematic oppression; that they will liberate themselves.
“I feel that The Liberation of Aunt Jemima is my iconic art piece. I had no idea she would become so important to so many,” Saar explains. “The reason I created her was to combat bigotry and racism and today she stills serves as my warrior against those ills of our society.” Her call to action remains searingly relevant today.
Alexxa Gotthardt
Related Stories 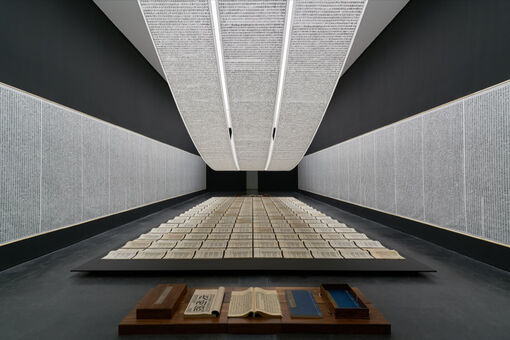