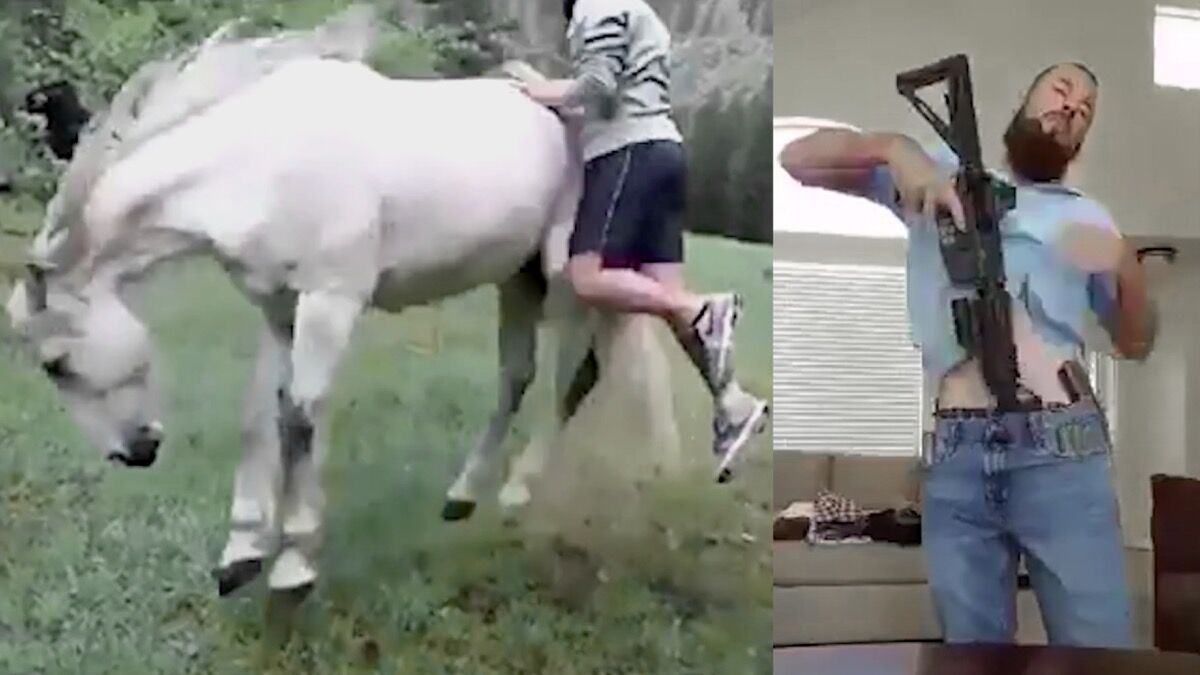 Arthur Jafa
’s new work of black cinema is sardonically titled The White Album (2018)—a name that conjures mid-century masterworks of whiteness by both Joan Didion and the Beatles. The artist and filmmaker achieves a rarity: He makes whiteness—not white people, though it’s worth keeping in mind who is marshalling the sum total of its privileges—strange to itself. He does this by casting whiteness as the contemporary star performer in a race regime wreaking havoc on us and itself. The roughly half-hour collage of appropriated music videos, CCTV and cellphone footage, viral clips, and documentary snippets—all edited into a kind of essay-film, to considerable narrative effect—presents whiteness as the enfant terrible in a wild, mercurial collection of bad dreams about race and power.
In the film, which is on view at the Berkeley Art Museum and Pacific Film Archive (BAMPFA) through March 24th, the moving images marshalled by Jafa are not mainstream, but they are familiar. Whiteness sings about love and dances to Bon Jovi’s white working-class stadium rock anthem, “Livin’ on a Prayer.” It plucks a few strings of an electric guitar; loads and unloads an automatic weapon with grim ambition; plays goth. In one mordant scene, whiteness pleads with itself, in a plaintive Southern twang, to live up to, if not the letter, the spirit of the law it wrote: “I ain’t never heard a black person go around acting superior because of the color of their skin. If anything they do the opposite.…I ain’t saying black people can’t hate, I ain’t saying black people can’t be angry. But hell if they do hate, it’s a hate that hate produce, it’s a anger that anger produce from white supremacy, a culture and system of white supremacy. So yeah, black people are angry—some of ’em, not all of ’em. The point is face your fear, face your greed, so that we can fuckin’ have a more peaceful country, a more peaceful world.” 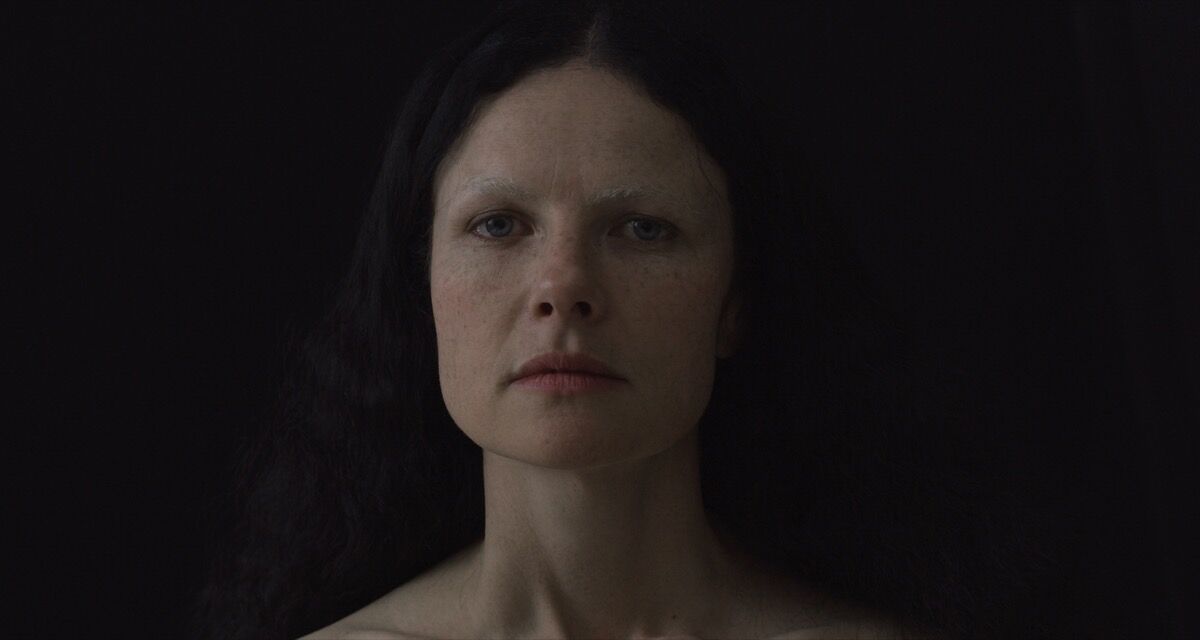 A few sequences later, a woman, speaking on behalf of polite white society, explains why, in the name of white fear and resentment, white people should be excused. “Let me start by saying that I am the farthest person from being racist.…I think white people have the hardest time nowadays,” she says, whitewashing reality. A biblical confrontation: Whiteness tries to mount a pale horse, but is violently kicked off. In another clip, it gets out of a black car, pulls up its pants, and enters Emanuel African Methodist Episcopal Church in Charleston, South Carolina. In a scene that recalls
Martine Syms
’s Notes on Gesture (2015) and
Rashaad Newsome
’s work of pure performance, Shade Compositions (2005–ongoing), whiteness, accused of acting black, earnestly tries to rebuke the rules of race: “I wanna know how the fuck you act a color?” asks a young white girl. “Like, oh, you wake up one day and like hmm, let’s see? I’m gonna be purple. Hoe! You can’t act a color! You can be a color but you can’t act a color.”
“Whiteness is the devil’s work, I think,” explains Jafa. “I’m for the abolition of whiteness, but oftentimes, people conflate or confuse it with being anti-white. It’s not that at all, it’s just in the same way I’m for the abolition of the patriarchy, or homophobia and heteronormativity, I’m for the abolition of systematic whiteness.” The White Album, according to Jafa, is also a way of trying to reconcile his complicated relationship to white people. 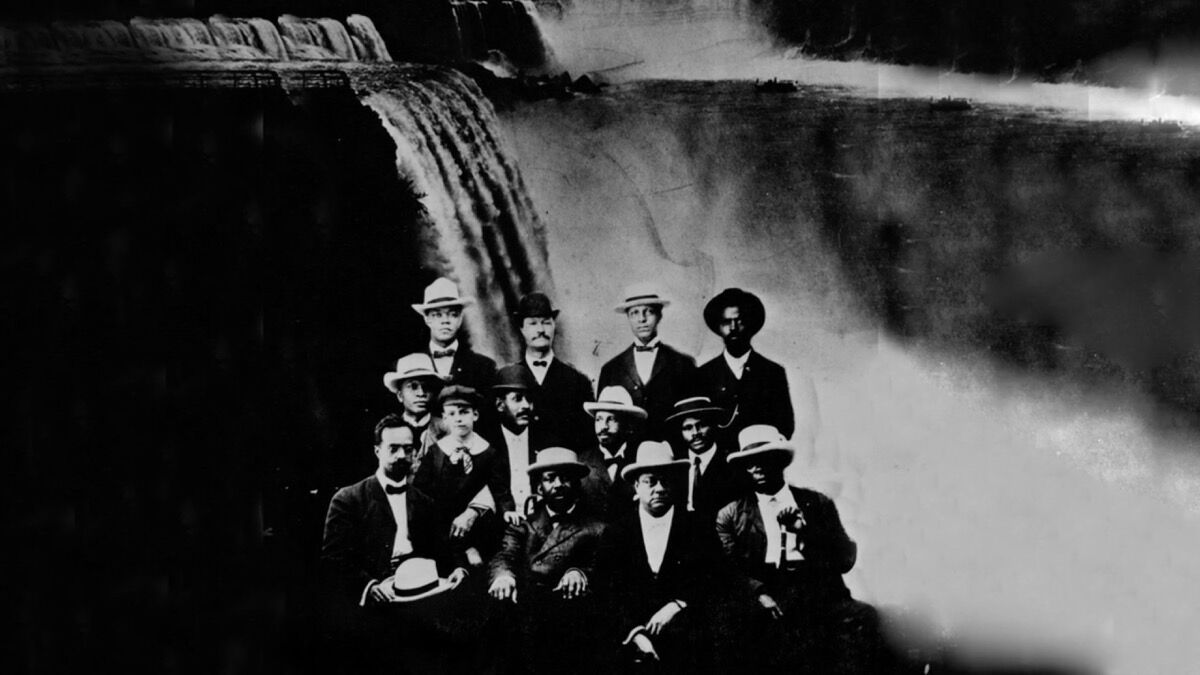 Advertisement
“I love white people,” he tells me, as a way of explaining the film’s inclusion of tender portraits of white people he indeed loves—like his dealer, Gavin Brown, who convinced Jafa to show his critically successful film, Love Is the Message, The Message Is Death (2016), at Gavin Brown’s Enterprise, a white-cube setting that brought a seriousness to the film it never would have had were it to have been merely uploaded to YouTube. “I think it’s important to just be straight about [whiteness], like, ‘Yo, this is a horrible thing,’” Jafa continues. “If I stood up and said ‘I’m for the abolition of mafias,’ nobody would blink.”
The White Album is Jafa’s fourth film scrutinizing America’s history of race, power, and violence, following Dreams Are Colder than Death and Apex (both 2013), as well as Love Is the Message, The Message Is Death. The latter is a seven-minute survey of black history, its great triumphs and colossal losses, soundtracked to a chopped-and-screwed rendition of Kanye West’s rap-gospel “Ultralight Beam.” It made Jafa, after nearly three decades of filmmaking, a star in the art world.
That late-career prominence was a real victory for what Jafa has championed: the non-commercial exploration of blackness, in what he calls “Black Cinema.” Other disciples include
Kahlil Joseph
, Malik Sayeed, Bradford Young,Terence Nance, and Ja’Tovia Gary, among others—all artists who have made movies that, according to Jafa, “replicate the power, beauty and alienation of black music.” They are largely experimental and ecstatic films, free of the Hollywood stereotypes, clichés, and traditional narrative structures found in the wayward, so-called New Black Film Renaissance that Jafa has chided over the years for its finite, mainstream appeal. (Case in point:
Steve McQueen
’s 12 Years a Slave, of which the artist was not a fan.) In this vein, Jafa says The White Album “is not finished and will change every few weeks.” It’s a gesture that captures how difficult it is to “put whiteness under the lens,” and shows that Jafa is less interested in tradition or the way things have previously been done in films (or museums). He is taken by the expansive, malleable possibilities of the digital video file that allows him to play endlessly with not just content, but form. 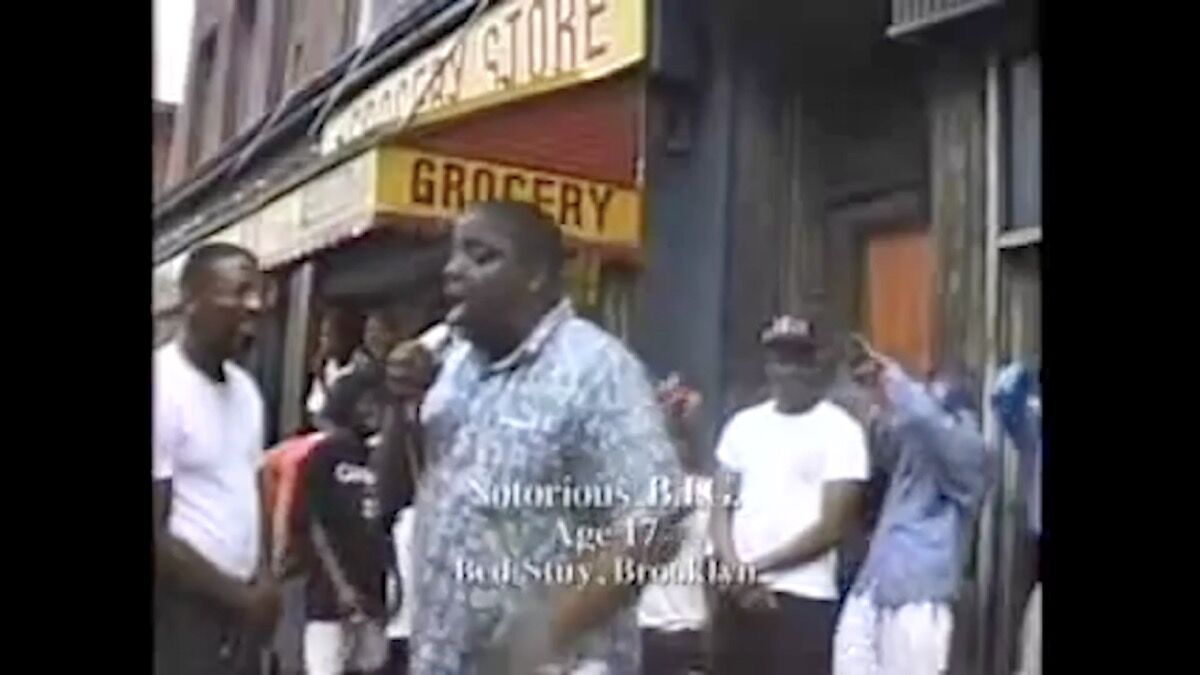 Still from Arthur Jafa, Love is the Message, 2016. © Arthur Jafa, 2018.Courtesy of the artist and Gavin Brown's enterprise, New York/Rome.

The rave reviews and attention Love Is the Message received, and the ongoing museum showings of it, created a tension for Jafa: “White people have said to me that they cried when they saw Love,” he says, “but after you have heard the hundredth white person say that, it makes you question: ‘Is that the measure? Was anybody transformed?’”
Jafa followed his breakout hit with akingdomcomethas (2018), a feature-length collection of found footage of preachers at the pulpit and their parishioners—both in moments of transcendence, in search of higher ground. The goal for Jafa was to make Love’s opposite, to almost consciously alienate certain audiences who have grown comfortable with being critiqued—though, it must be said, not to the point of action. “The whole idea,” he explains, “was that if you drive people out of it, nobody could say they got it.” The video work featured longer cuts—rather than what Jafa calls “the microwavable blackness” you see in Love’s rapid-fire tempo—and less editorializing. The artist’s voice—which made Love so emotional—so true, is largely left out, and because of that, at times, the plot and point of akingdomcomethas is lost. 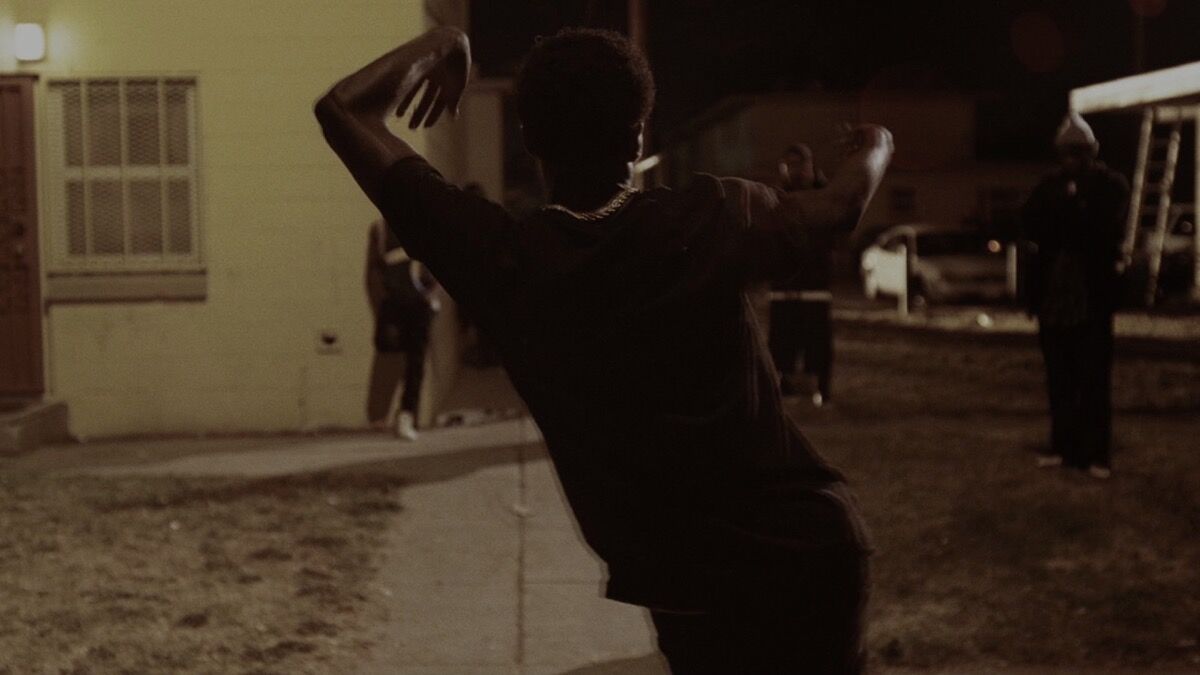 What makes The White Album so effective, conversely, is that Jafa seems to have found a balance—between easily digestible race art and a lyrical stance that not only makes white audiences work harder, but also implicates them in maintaining white supremacy. He does this, in part, by splicing in flagrantly funny and heartbreaking moments in which black entertainers and everyday people laugh at and prepare for whiteness, showing how they have found a way out of no way, despite white supremacy’s best efforts—not only to survive, but to make what Jafa has described as “culture in free fall.”
In one cell-phone confessional video, a black man addresses white viewers: “You maaad. You big maaad.” He chuckles, then says: “I’m happpy. Leave me alone.” In another clip, Erykah Badu is seen in the studio freestyling a silly rap that powerfully alludes to the black body’s fierce instrumentality and astonishing ability to find music in mayhem. In perhaps The White Album’s most searing scene—and one that recalls the odious sequence in Love wherein a black father performs a police search of his young son to show him “what the police do to you”—we see a brother teasing his younger sibling. In both of these scenes, the boys are confused; the taunting is so incessant that they begin to cry. White audiences might share the boys’ confusion, finding the elder black mens’ behavior unnecessary. But their actions in the hard-to-watch footage can be seen as sober scrimmages—practice makes perfect!—against white supremacy, born out of protection and paranoia; tough love that is more harmful than helpful. It’s a prelude to the coming nightmare: they are showing the boys that often, black actions are met with white consequences; that whiteness will try to take everything from them but the burden; that what will inevitably happen is race-based criminalization and dehumanizing humiliation that, as citizens, they will face and take at work, at home, on the street, online, or at university, all in order to ensure a pyrrhic survival.
“In some ways, I guess I try to avoid declarations in the piece,” Jafa explains of The White Album. “You want to put things in relationship to each other—not so much force people to come to certain conclusions, but get people the evidence.…I’m trying to make a more complex embodiment of my relationship to these things, as opposed to just saying something that’s true or false about whiteness. I’m not interested in true or false, I’m interested in: this is how I’m feeling in relationship to it.” Though, he adds, society’s “positions around whiteness are ultimately unsustainable.”
Antwaun Sargent
Correction: A previous version of this article stated that Love Is the Message, The Message Is Death is on view at BAMPFA; it is not. The text has been updated to reflect this change.
Related Stories