Body Issues: Artists’ Maps of the Human Body Reveal Our Desire for Immortality 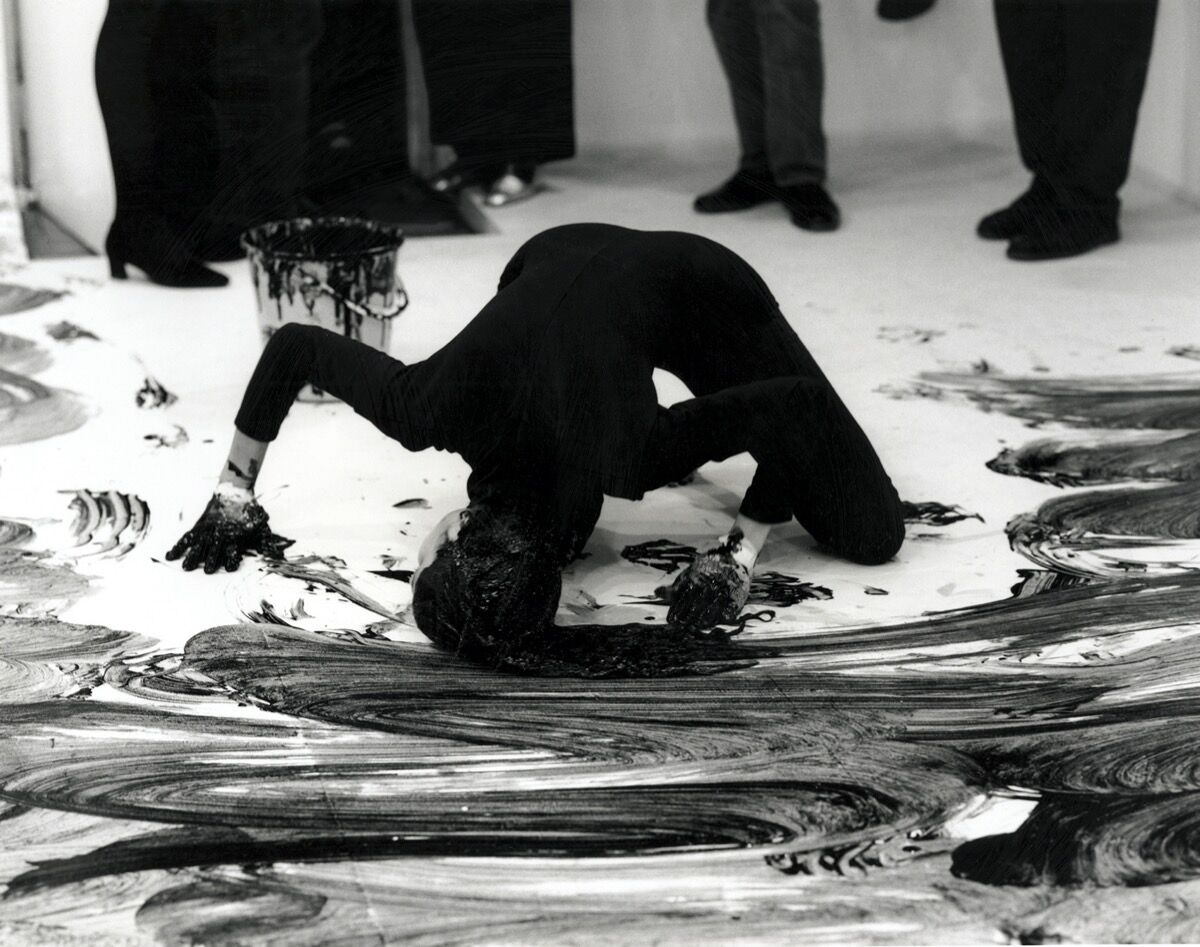 Dr. Adina Kamien-Kazhdan, senior curator at the Israel Museum in Jerusalem, spoke to me about her exhibition “Bodyscapes” from self-imposed quarantine in Jerusalem. Many of the works in the show, she told me, had been “bandaged.” Since the institution closed due to COVID-19 on March 15th, the staff has had to cover up vulnerable works on paper. It’s a fitting metaphor, given the show’s corporeal themes and the immediate concerns that weigh heavily on our minds: illness, as well as the strengths and limitations of bodies young and old.
Kamien-Kazhdan’s presentation includes cartographic, scientific, and painterly interpretations of the body. Anatomical drawings sit comfortably alongside historical maps from as far back as the Renaissance. A version of
Leonardo da Vinci
’s Vitruvian Man (1487) is on view, as well as a 1791 rendering of Britain as an old lady, sitting atop a fish by an unknown artist. Altogether, these objects reveal the very human desire to tether ourselves to forms that will outlast our own bodies—a drive that pervades artmaking itself. 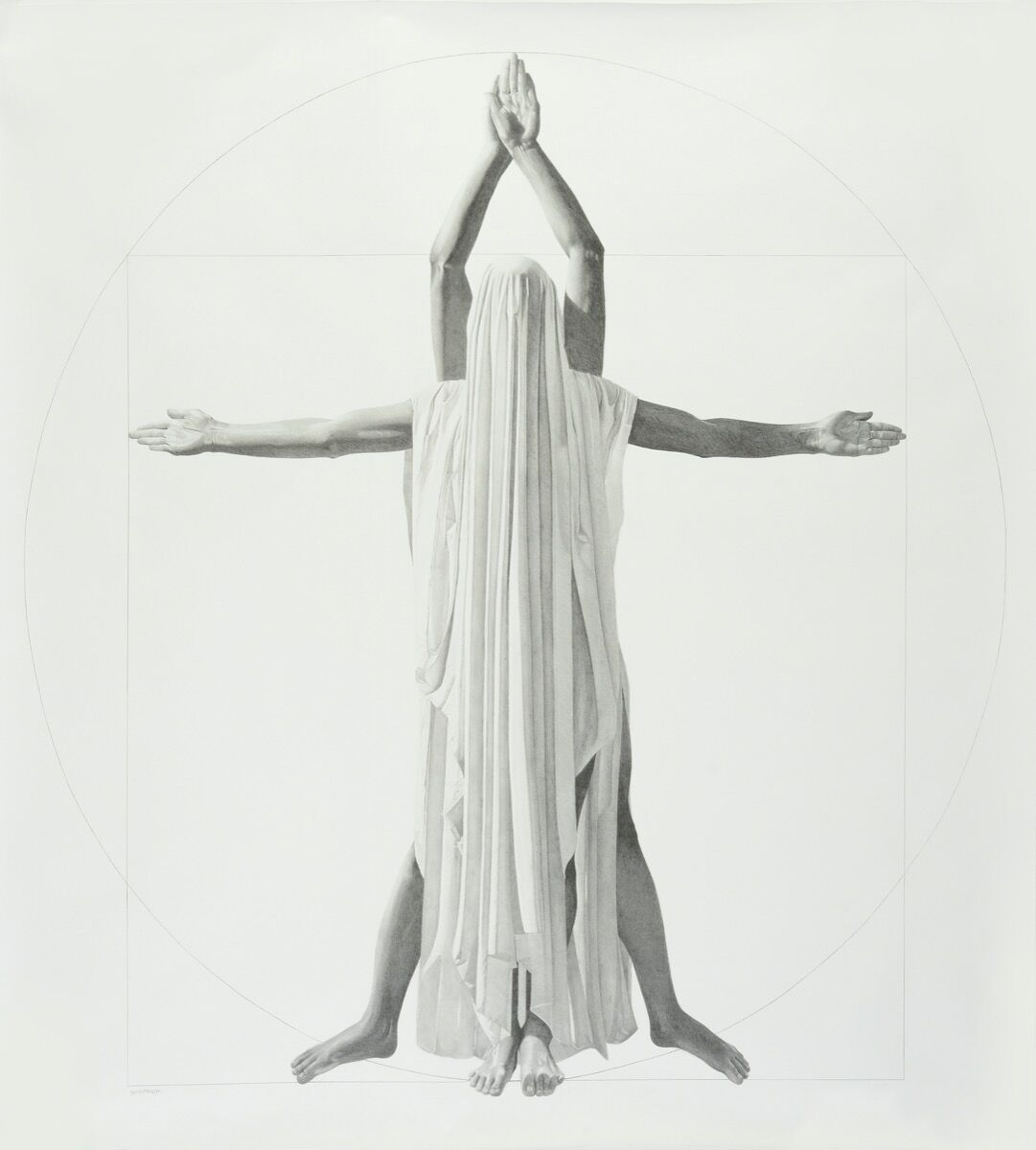 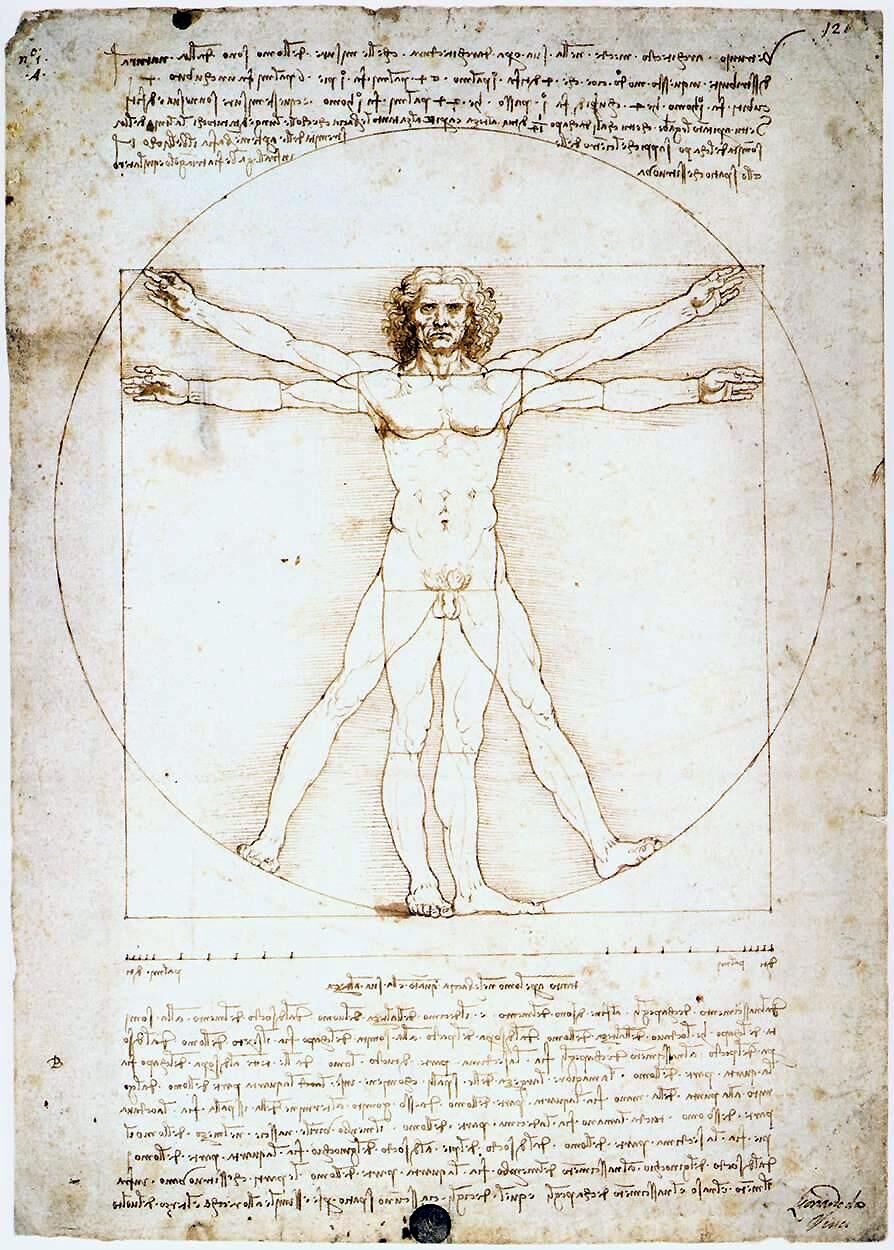 Astrology fans may thrill at the German calendar, from 1788, that Kamien-Kazhdan includes in the show. The woodcut features a nude male figure at the center. Lines protrude from his body, connecting to the different zodiac symbols, which are situated in boxes that frame him. The neck, for example, corresponds to a pair of twins (Gemini), the back to a pair of scales (Libra), and the feet to a couple of fish (Pisces).
Early modern Europeans believed that the human body “is not merely a personal entity, but a carrier of meaning that is linked to the cosmos through a complex system of analogies and similitude,” wrote Hebrew University of Jerusalem history professor Raz Chen-Morris in the exhibition catalogue. Every part of the body was thought to be governed by a different planet. The 1788 calendar illustration, Chen-Morris noted, casts “the human body and the cosmos and natural phenomena” as “mutual reflections of each other.” 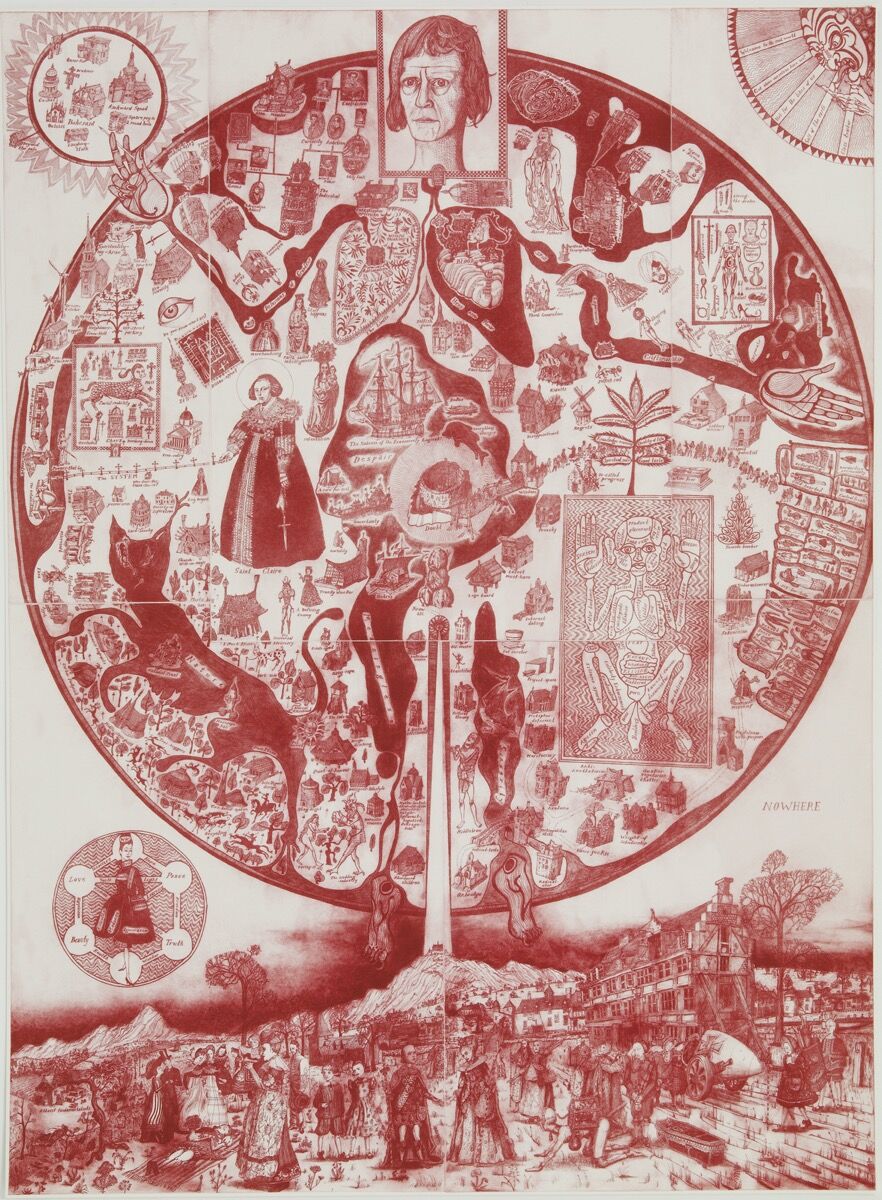 Advertisement
Kamien-Kazhdan believes humans have a long-standing desire to tie our bodies, and their mysteries, to something rational—like geometry, for example. She cited the work of 20th-century architect
Le Corbusier
, who designed a system of measurement that references bodily proportions. His 1950 book The Modulor: A Harmonious Measure to the Human Scale, Universally Applicable to Architecture and Mechanics lays out his system.
Based on the height of an average Englishman, Le Corbusier derived a series of ratios that could be used in buildings and industry. Influenced by the geometrical innovations of Cubism, the architect “sought to extract from Cubism a purer, more precise and ‘scientific’ art related to mathematical understanding,” wrote architect and designer Iddo Ginat in the exhibition catalogue. “It’s imposing ourselves on the environment to create something lasting,” said Kamien-Kazhdan. 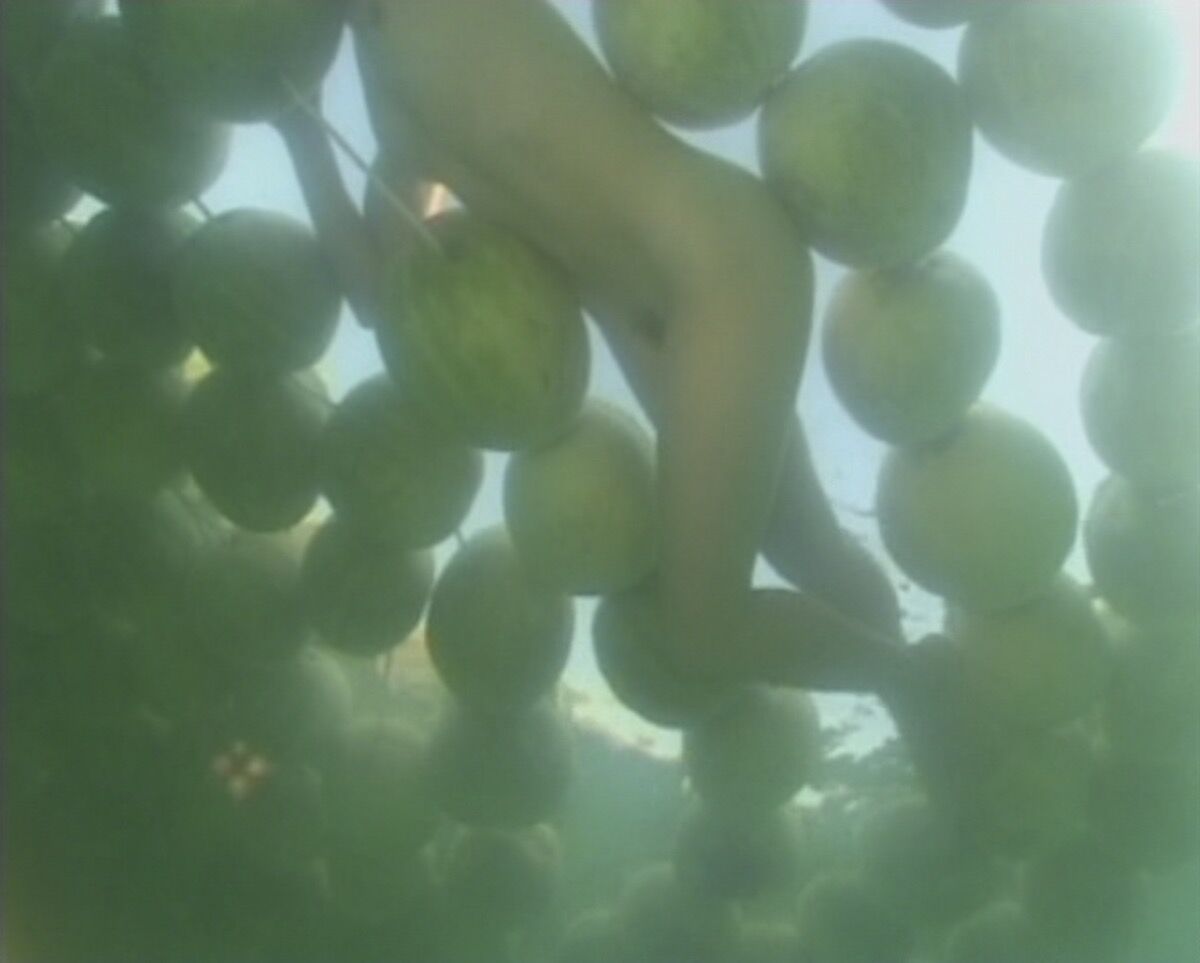 Yet Ginat also sees Le Corbusier’s system (and his corresponding graphic for it, titled the Modulor Man, from 1945) as a “spiritual invocation for an age-old comforting order in the universe.” Tying the body to numbers and replicable systems can put us at ease, offering an antidote to the chaos and randomness in our lives.
On the other hand, Kamien-Kazhdan also sees a resurgence in practices that aren’t tied to data and hard science. Alternative healing practices including ayahuasca ceremonies, shamanism, Kabbalah, and acupuncture are in vogue. Despite their faddishness, their popularity suggests a human desire to connect with something that can’t be pinned down by the senses—something we can’t see, hear, taste, smell, or touch.
“Bodyscapes” also includes 18th-century ink drawings of the Sefirotic Tree, a component of Kabbalah that displays the 10 attributes that God is said to possess. The drawings, in other words, give a mystical power an embodied character, if not a true human body. 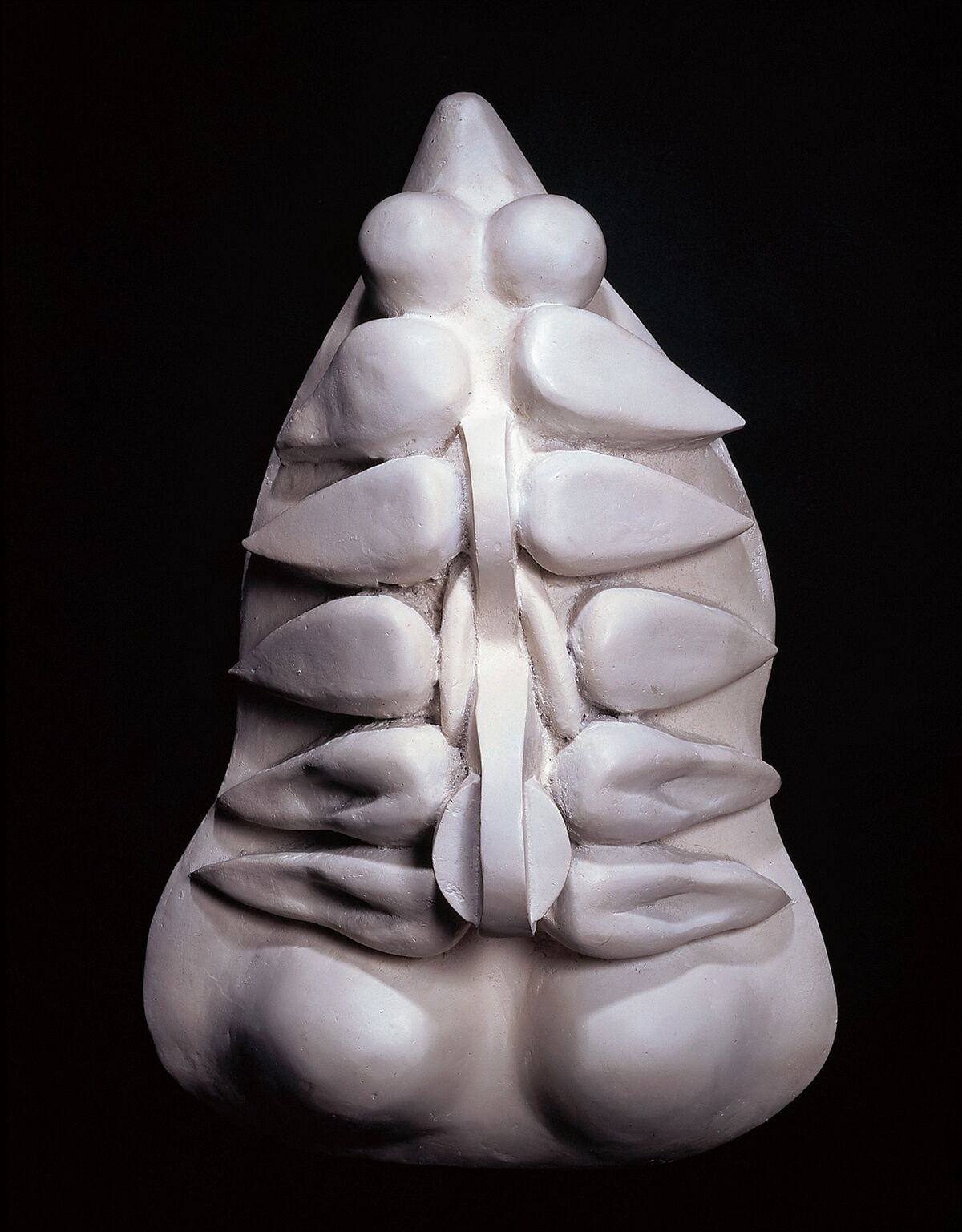 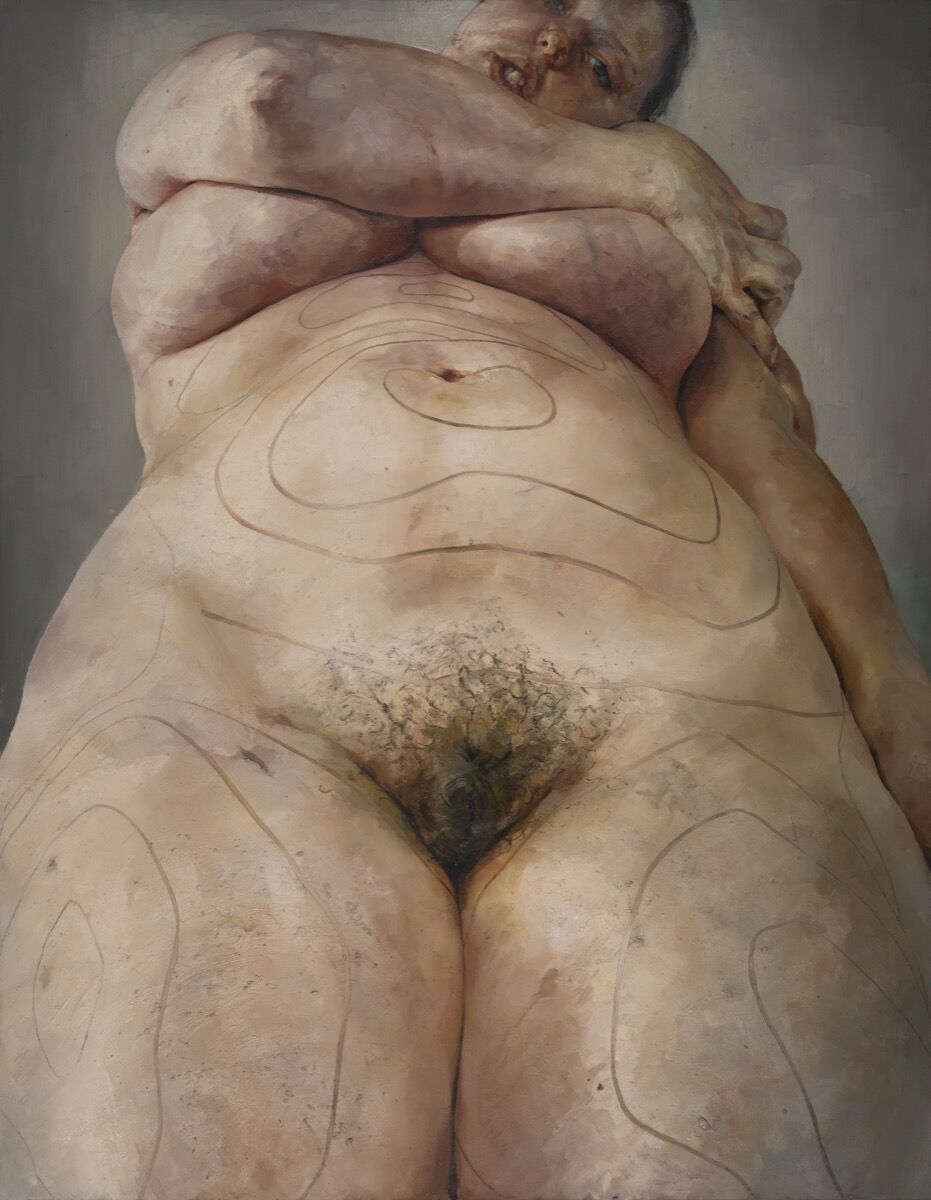 On the contemporary end, Kamien-Kazhdan has included a nearly 9-foot-tall painting of a nude by
Jenny Saville
, titled Plan (1993). The artist painted her own torso with topographical marks on the surface. Rings around her stomach, for example, resemble altitude lines on a hiking map. With this picture, Saville likens her own body to the land itself.
Why do we have to compare our bodies to buildings, the planets, maps, continents, and geometrical rules? Why so many metaphors for the body? “I think it’s about intellectualizing, distancing, because the body is temporal,” said Kamien-Kazhdan. Confronted with the fragility of life, we want to “anchor it in things that are more timeless.” Sure, some of the works in her exhibition may be “bandaged” now, but they’re sure to outlive us all.
Alina Cohen
Related Stories 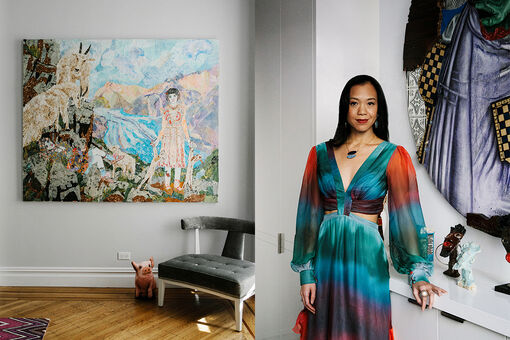