Camille Claudel, the Sculptor Who Inspired Rodin’s Most Sensual Work 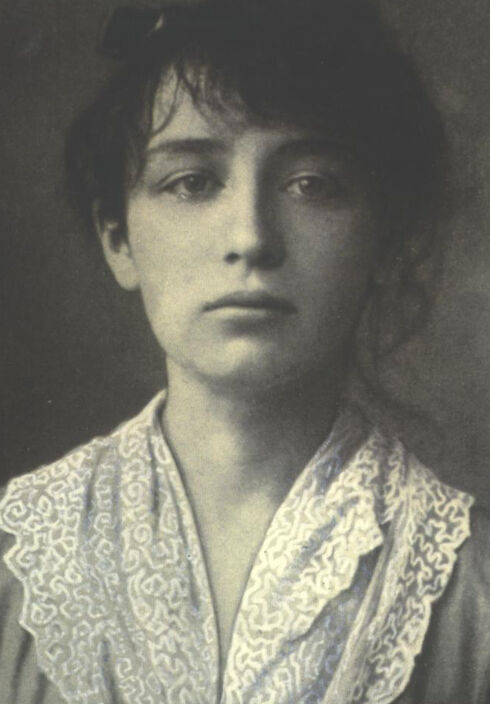 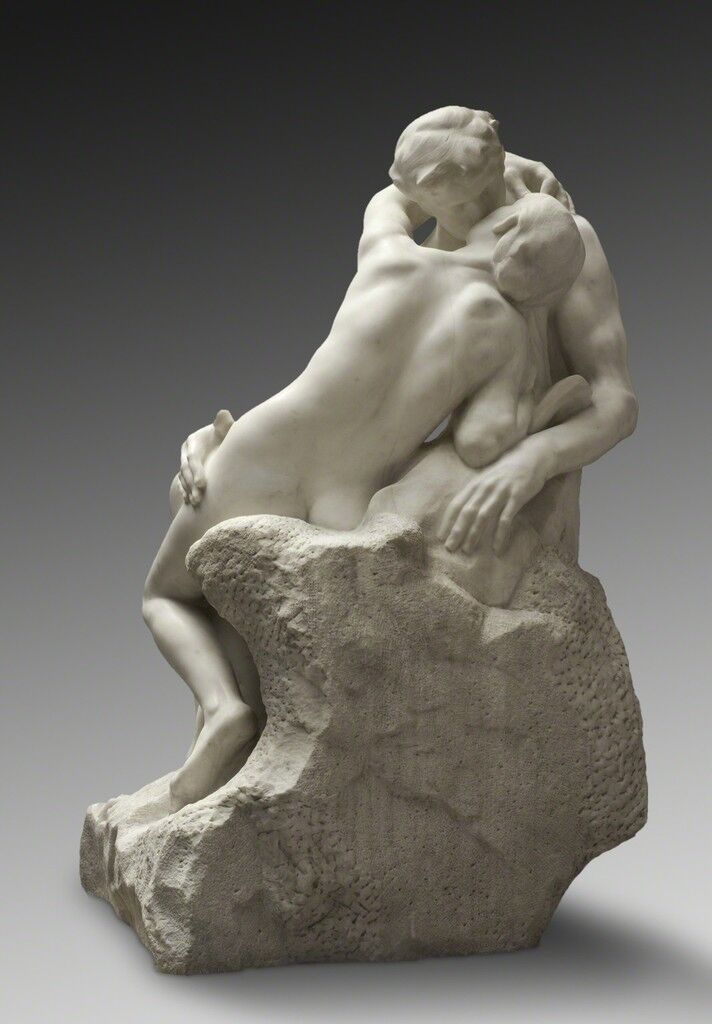 Auguste Rodin
The Kiss, 1929
Philadelphia Museum of Art
As a 19-year-old in Paris,
Camille Claudel
was already a promising student of the most famous sculptor of the day:
Auguste Rodin
. Before long, her own work would appear in the city’s well-regarded Salon d’Automne and Salon des Indépendants. By any measure, her young career was off to an auspicious start.
When she died in 1943, however, Claudel’s legacy was all but forgotten. The artist was buried in an anonymous public grave; when her nephew attempted to move her body to the family tomb following the conclusion of World War II, he was informed that it would be impossible to find.
For decades, Claudel’s work was as lost to time as her final resting place. Then, in 1984, the Musée Rodin staged a runaway exhibition of her sculptures. Suddenly, the world couldn’t get enough of the woman who had been both protégé and mistress to Rodin. She has since been the subject of multiple films—first in 1988, in the Academy Award-nominated Camille Claudel, then in 2013, and again in an upcoming Rodin biopic—as well as a 2012 play.
These dramatizations of Claudel’s life have often privileged her tragic romance with Rodin over her artistic talent. But now, the focus is once again on her evocative sculptures. In March, a museum featuring the world’s largest collection of Claudel’s work opened in Nogent-sur-Seine, France (located some 70 miles southeast of Paris), which is where her artistic career began.
Neither of Claudel’s parents were artists. In fact, “her mother would have preferred for her to do something else, that is, get married and have kids,” says Claudel biographer Odile Ayral-Clause. But by the age of 12, then living in Nogent-sur-Seine, she was already sculpting out of the local clay. Neighbor and noted sculptor Alfred Boucher (who would go on to instruct
Modigliani
and
Chagall
) identified Claudel’s innate talent and took her on as a student. He encouraged her and her family to move to Paris, where she enrolled in the only arts school in the city available to women at the time. 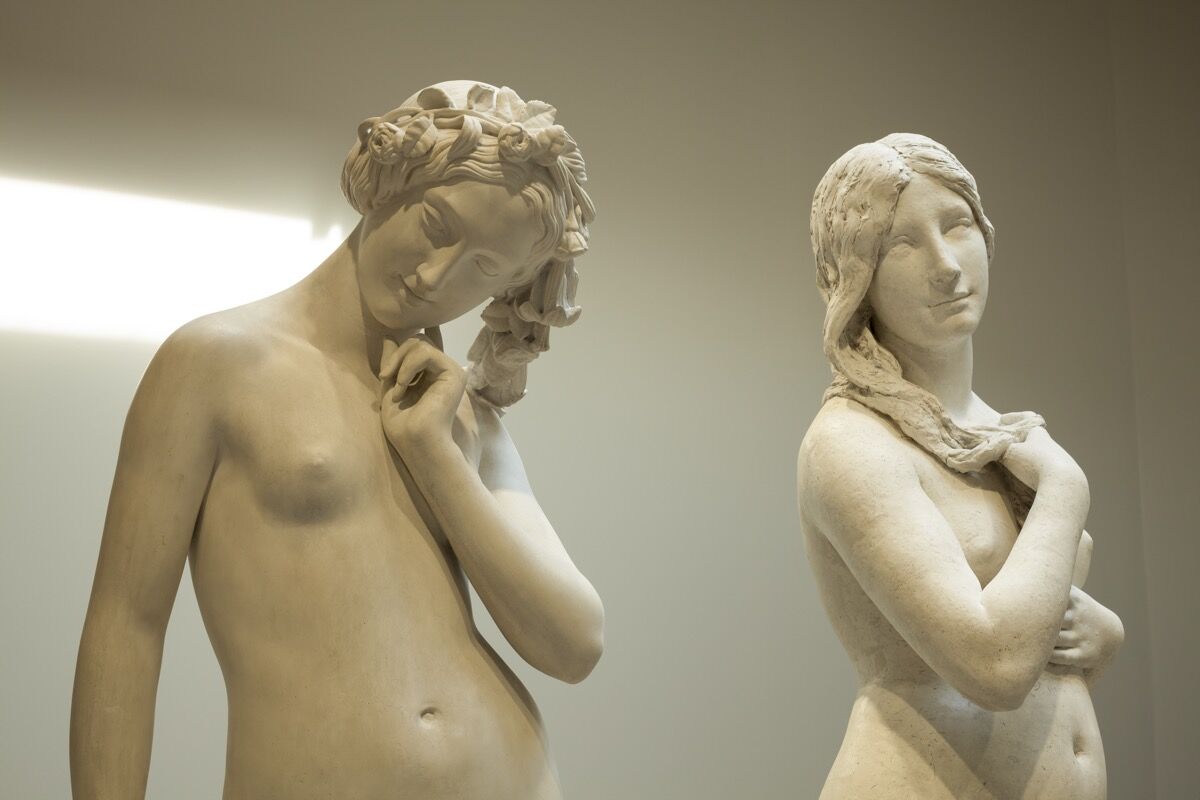 When Boucher won the Grand Prix de Salon and moved to Florence in 1881, he asked his friend Rodin to take over his teaching duties. Claudel and her friend, Jessie Lipscomb, were soon employed at Rodin’s studio on rue d’Université. The master sculptor recognized Claudel’s skill, enlisting her to help in modeling the feet and hands for The Burghers of Calais (1884–95) and, later, the damned souls populating his monumental work The Gates of Hell (1880–1917).
He also found Claudel irresistible. The two soon became lovers, despite their 24-year age difference and Rodin’s ongoing relationship with his long-term partner Rose Beuret.
Thus began a decade-long relationship, during which time “Rodin’s work became a lot more sensual,” noted Ayral-Clause. The Kiss (1889), his monumental ode to passionate love, was sculpted during this period, as was the steamy Eternal Idol (1890–93). Claudel was rapidly progressing as a sculptor herself, capturing fleeting moments of adour in bronze and clay. It’s likely that the two even collaborated at times; certain sculptures show the imprint of two sets of hands.
Rodin’s presence, as it would be for the rest of her life, was both a curse and a blessing. He used his art-world stature to introduce journalists to Claudel’s work. But these critics searched tirelessly for Rodin’s style in her sculptures, looking for traces of the master rather than judging the work on its own merits.
Claudel began to chafe against these constant comparisons. “She wanted to show she was more than just Rodin’s student,” Ayral-Clause says. To make matters worse, Rodin refused to leave Beuret—even though he signed a contract Claudel had drawn up promising he would do precisely that. 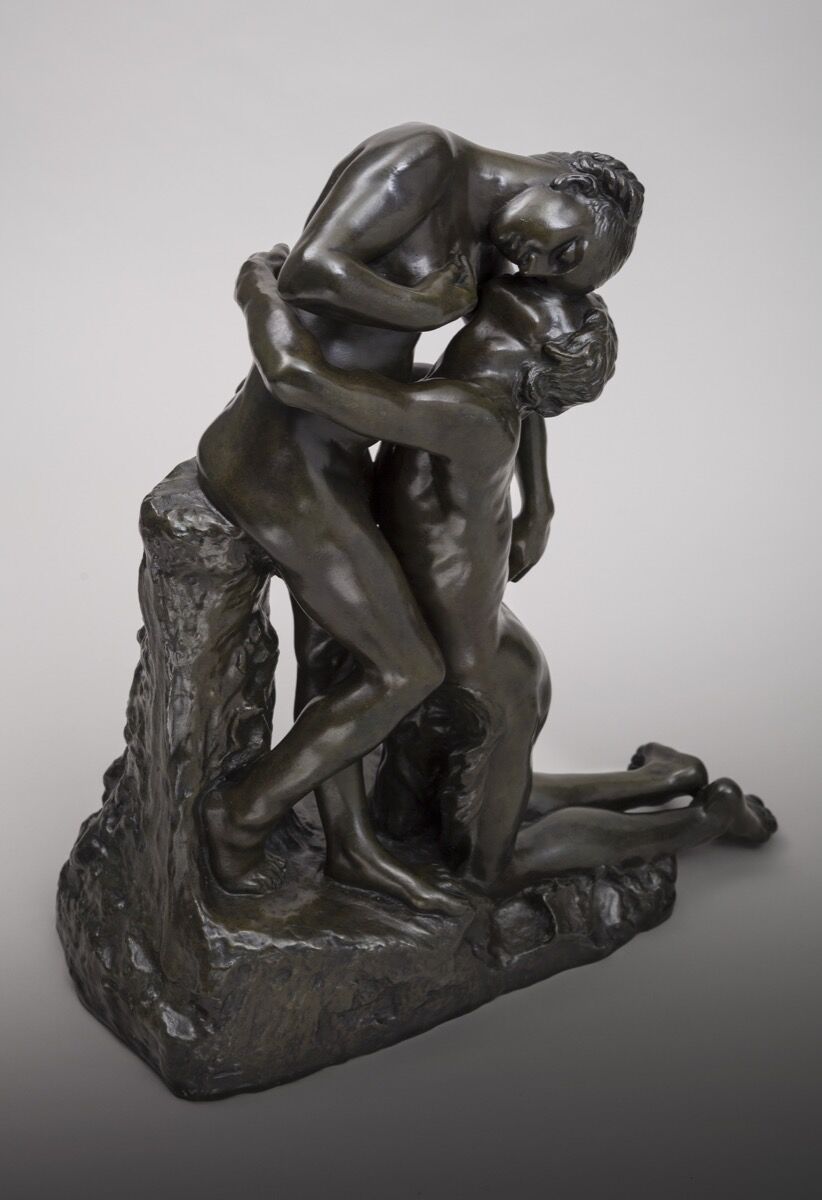 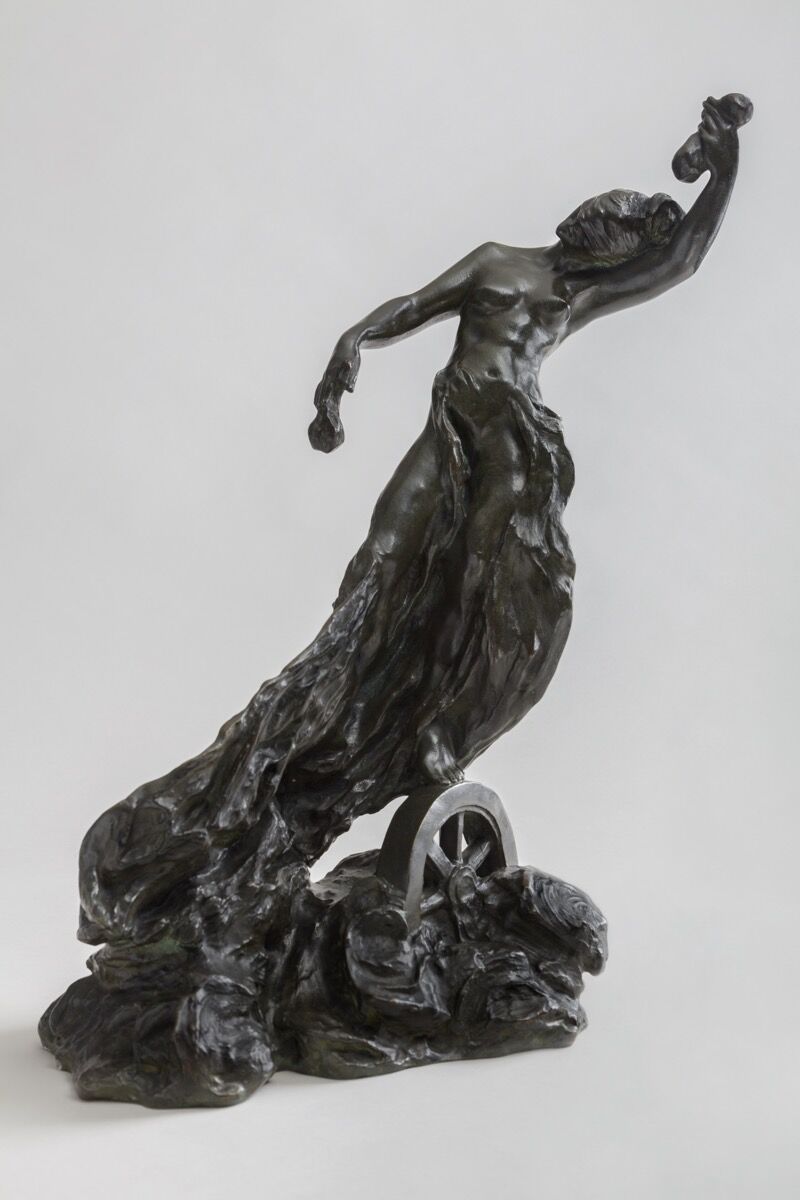 Advertisement
Rodin has long been made out as a villain in this story, but Ayral-Clause says that’s an unfair characterization. “It was a sad thing, really. He met the woman of his life too late,” she says. “[Beuret] had been good to him, lived through poverty with him, took care of his sick father. Rodin couldn’t abandon her.”
“There were myths that were built around Camille and the ‘nasty Rodin,’” Ayral-Clause continues. “But she would have hated that. She didn’t want to be viewed as a victim.”
Eventually, it was too much. Claudel left Rodin—terminating the physical part of their relationship around 1893, and finally cutting off all communication by 1898. She continued to make work, furiously, but she struggled to get state commissions. Her sculptures, while lauded by critics, were too erotic for the mores of the time.
“Sculpting in those days meant the human figure,” Ayral-Clause explains. “So you had to be able to do that well in order to get any kind of recognition.” Simply gaining access to nude models was a battle for female artists at the time; after that “you were still expected to create a nude that was very modest. Camille refused to do that.”
Not only did she sculpt nudes; she sculpted nude couples that exuded desire. “All of this was unacceptable for many people,” says Ayral-Clause. “And that’s probably why she didn't get commissions.”
Claudel desperately wanted to translate her clay maquettes into marble. She adored the material and would sculpt and polish it herself (Rodin, on the other hand, preferred to leave that work to his assistants). But she couldn’t afford it on her own. And when she applied for government commissions to produce pieces in stone, as she did in 1892 for her sculpture La Valse (The Waltz), her works were deemed too risqué for state funding. 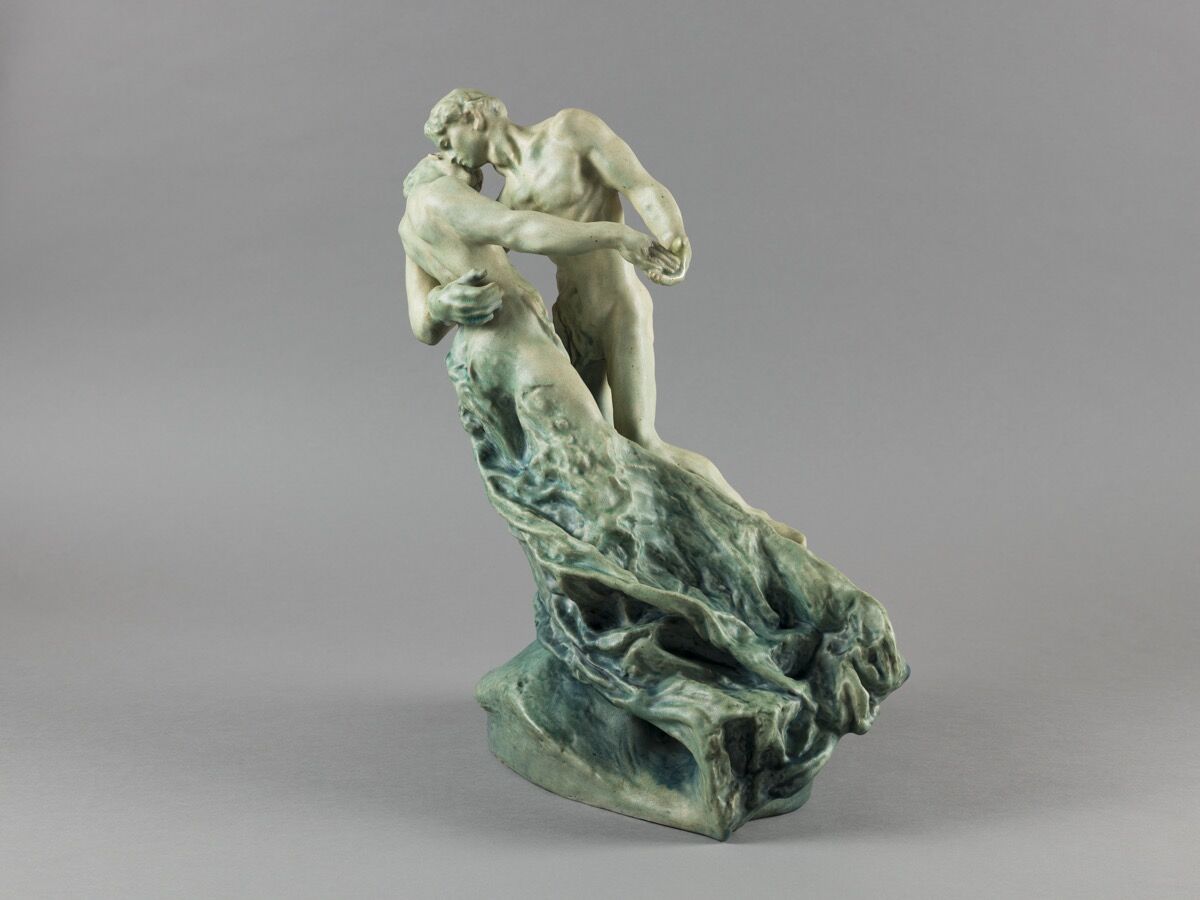 Eventually, a lack of money and success brought Claudel to a breaking point. She became paranoid, obsessed with hiding her work from Rodin and an imagined group of followers, which she termed “Rodin’s gang.” She destroyed much of her oeuvre, and only a fraction of it remains today.
In 1913, she was forcibly removed from her home and taken to an asylum, which is where she remained for the last 30 years of her life. Doctors recommended that she leave after five, and visiting friends insisted that she shouldn’t be locked away. But it was up to her family to make that decision, and Claudel’s mother and brother didn’t want to assume responsibility for her.
Decades later, her brother Paul (an influential poet himself) would organize a posthumous show of her work at the Musée Rodin. It was a flop. Even in the 1950s, there wasn’t a place for the strong-willed female sculptor in art history. More than a star-crossed romance, Ayral-Clause says, Claudel’s life is a lesson in the restrictive social structures of turn-of-the-century Europe. “What broke her down more than Rodin,” she notes, “was how difficult it was for her to make it in that kind of world.”
Abigail Cain
Related Stories