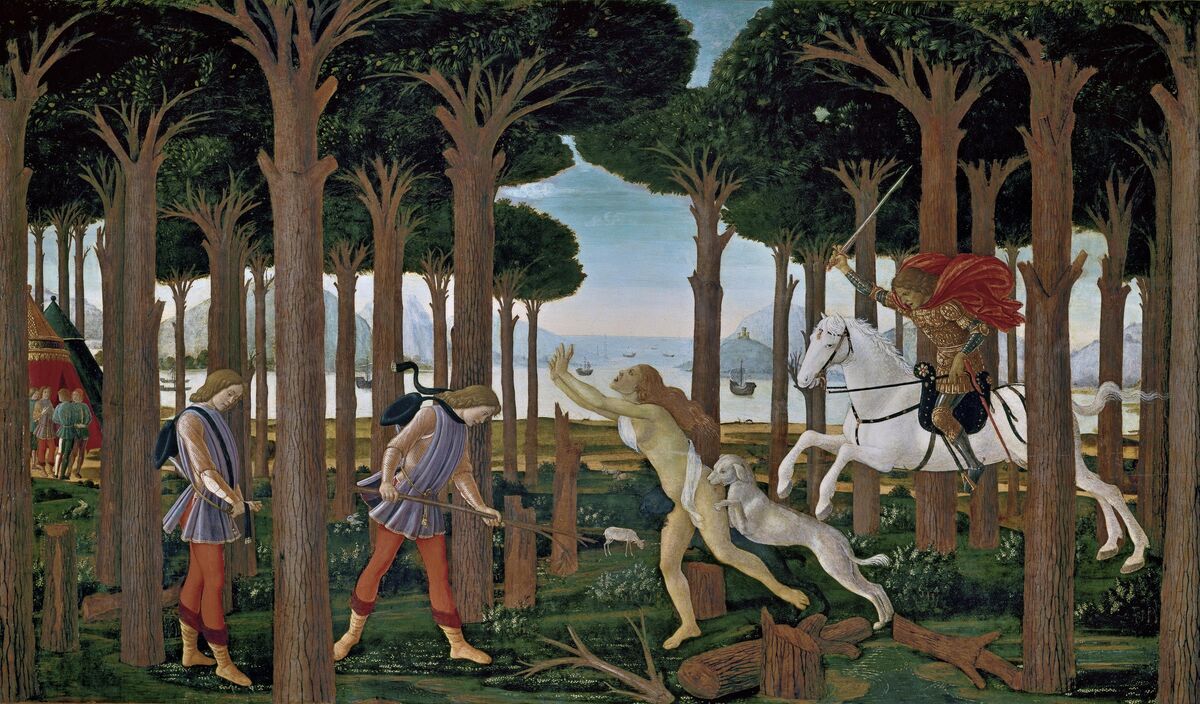 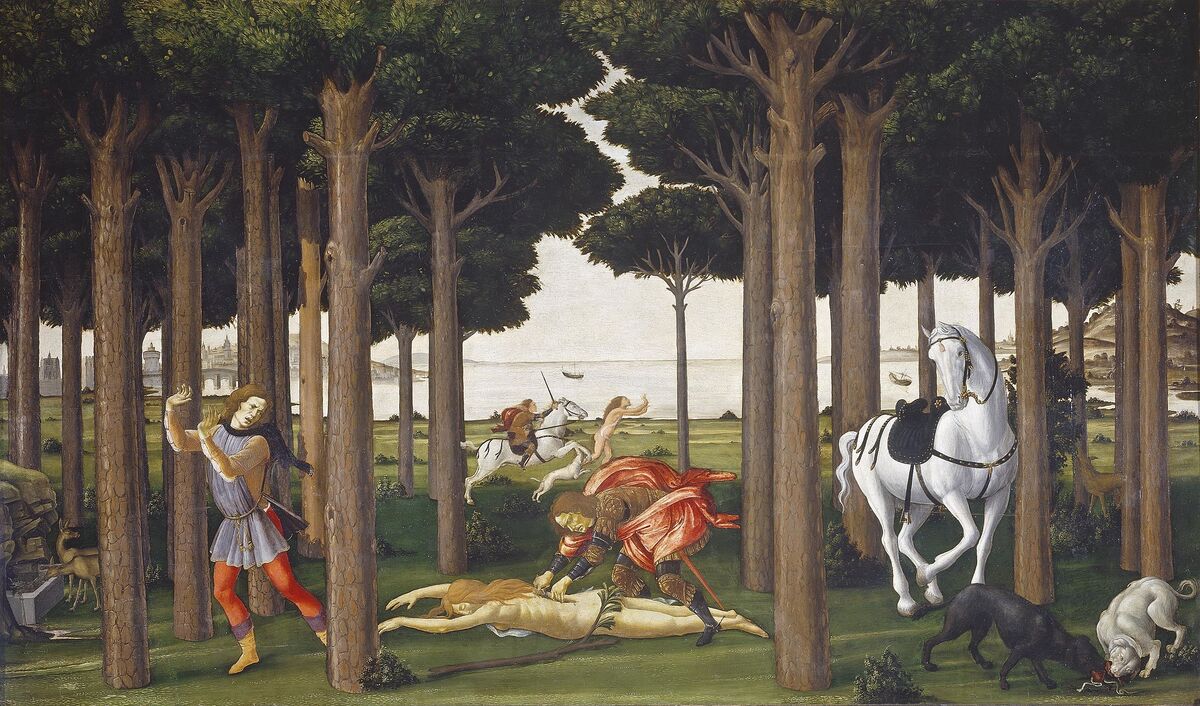 In Nastagio Witnesses the Punishment of Guido degli Anastagi and His Beloved (ca. 1483), the second of four panels that comprise what is perhaps Botticelli’s most visceral, violent series of paintings, a knight in a pink cape digs his dagger into the bare back of a woman lying prostrate on the forest floor. His left fingers plunge into her deep, brown wound as an onlooker, Nastagio, watches in horror.
Scholar Gabriel Montua goes so far as to call this panel “one of the most violent depiction [sic] of torture against women in classical painting.” The work, however, is hardly an outmoded admonition against rejecting men’s advances (an issue still faced by 21st-century women, who continue to fear abusive repercussions from spurned would-be lovers). Such renderings of brutality against women allowed Botticelli to incite shock with visual spectacles that ultimately spout social and political aims. 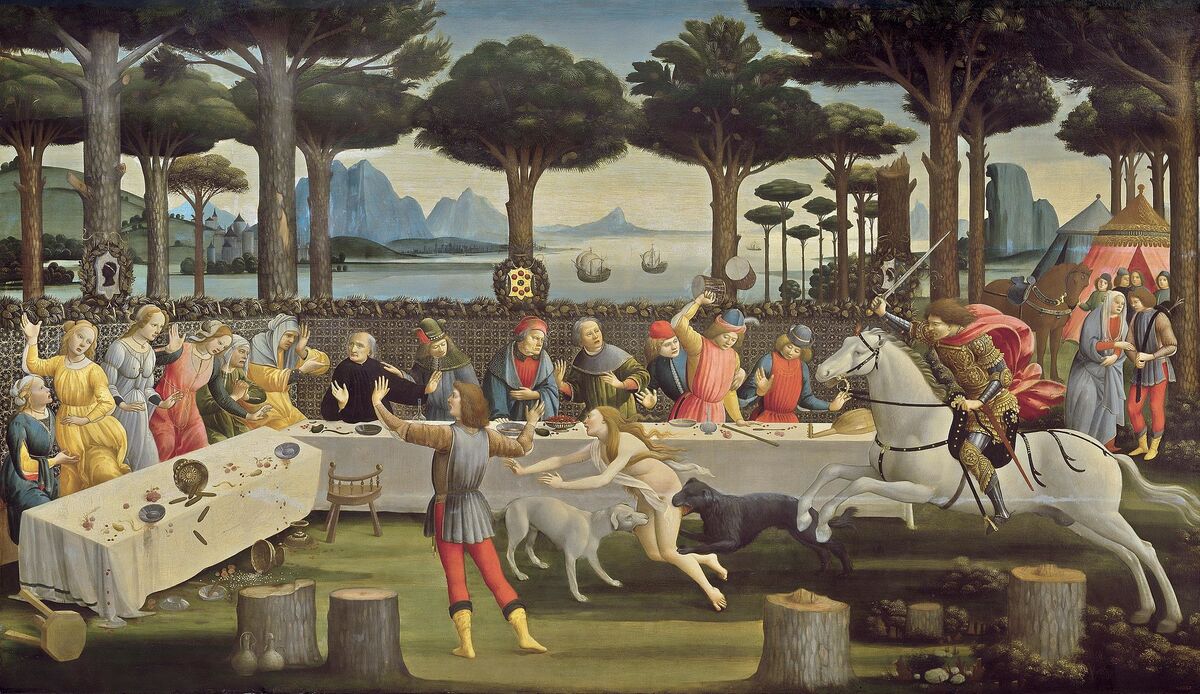 Advertisement
The Nastagio scene derives from a tale in Boccaccio’s Decameron (ca. 1349–53). In the story, Nastagio, a nobleman, has been spurned by the woman he wants to marry, Messer Paolo Traversari’s daughter. One day, he wanders into a pine forest where he witnesses the violent scene Botticelli depicted. Nastagio discovers that the pair have a story parallel to his own. During her lifetime, the gutted woman rejected the knight, named Guido, who subsequently committed suicide. As a kind of divine punishment, they are bound to each other in a traumatic cycle: Every Friday, Guido chases after her, rips out her heart, and throws it to his dogs.
After witnessing this violence, Nastagio invites Traversari’s family to the next show. Botticelli’s third Nastagio panel depicts this as an uncomfortable brunch. Behind tables laid with white cloths, a stunned group of Traversaris watch as the knight once again raises a sword against the woman who rejected him. Such a terrifying scene convinces Traversari’s daughter that she should marry Nastagio out of fear that the same horror will otherwise befall her. The fourth panel depicts the couple’s wedding feast. 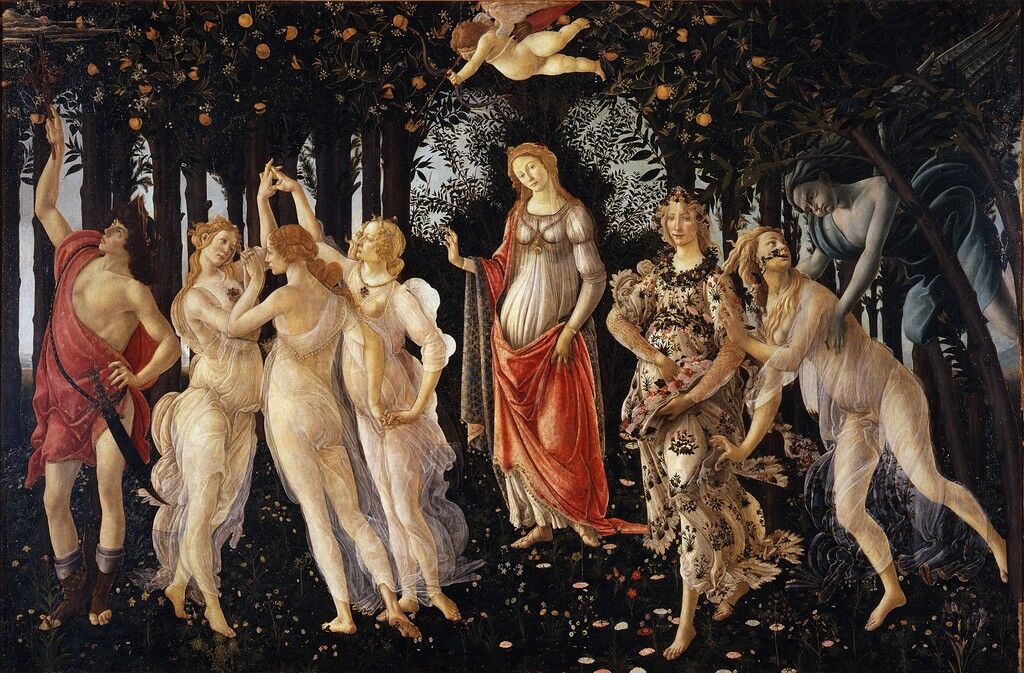 Sandro Botticelli
La Primavera (Spring), 1477
Ufizzi, Florence
This progression from violence to feast reveals a “thematic development” from brutality to “the civilizing activities of an urban culture in which peace and harmony were contracted through marriage,” scholar Scott Nethersole writes in his catalogue essay for “Botticelli: Heroines + Heroes,” an exhibition recently on view at Boston’s Isabella Stewart Gardner Museum. Nethersole neglects to mention that a marriage made from a woman’s fear is hardly likely to result in peace and harmony—at least for her. More likely—and more importantly—for wealthy Italians in Renaissance society, marriage could result in economic and political accord between two families.
“Botticelli was extremely sensitive to the representation of violence and its effect on the viewer,” Nethersole explains. The artist knew, in other words, that his brutal paintings could lead women into marital submission. Nethersole contrasts the Nastagio panels with another violent Botticelli work, The Story of Lucretia (ca. 1500). Both are examples of spalliere, or painted wall panels, intended to grace the homes of wealthy families, who would see them as daily reminders of morality. With their long, light hair, the women featured in each painting seem strikingly similar to the beauties in Botticelli’s most famous works. In both of these spalliere works, they’re depicted as exemplary every-women rather than individuals. 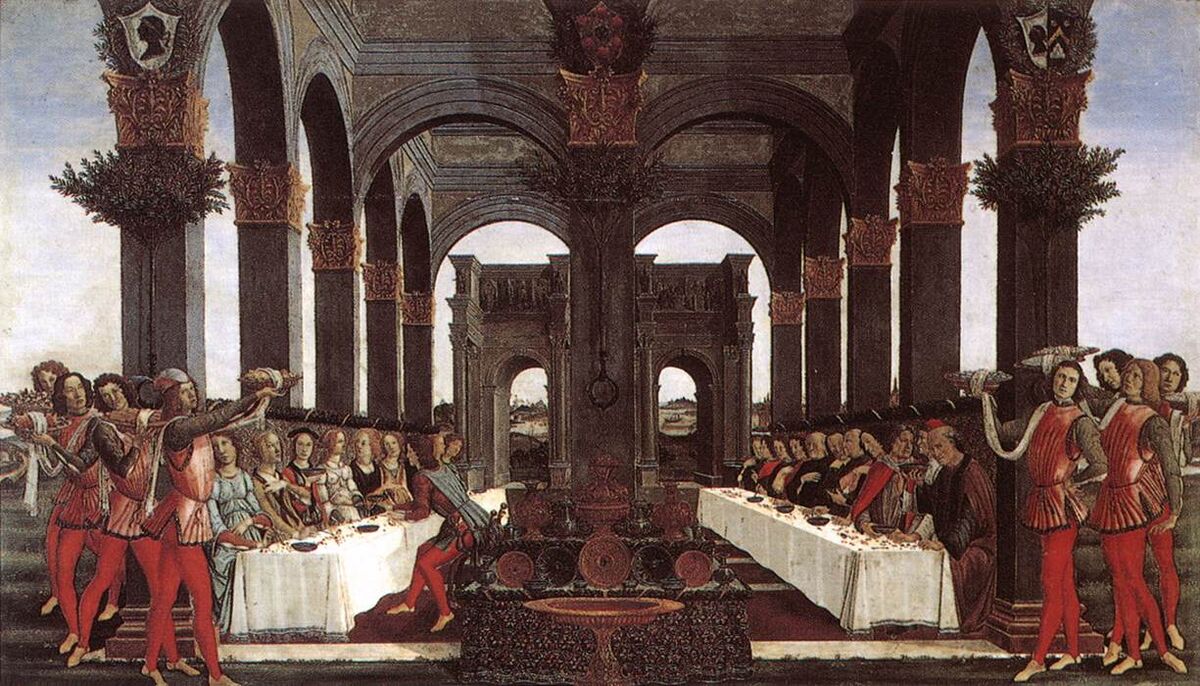 Unlike the Nastagio cycle, The Story of Lucretia presents the narrative in a single horizontal scene. The symmetry of the composition exemplifies another Renaissance ideal of order and balance. A
Classical
triumphal arch stands at the center of the painting and is flanked by two angular, columned buildings. In the foreground, a crowd of armored men brandishes their swords as they lament the lifeless figure at the center: Lucretia, in a green robe lying atop a black bier, a dagger emerging from her chest.
In Lucretia’s tale (one of uncertain origins, although the ancient Roman historian Livy is its most famous documenter), the Roman prince Tarquin rapes the eponymous noblewoman. She kills herself out of shame despite the fact that neither her father nor husband fault her or believe she’s been dishonored. In retaliation, her uncle, Brutus, goes to war with Tarquin. Brutus’s troops prevail, and he establishes a republic in Rome in place of the monarchy.

In The Story of Lucretia, it’s not violence that incites action but its aftermath. In Botticelli’s painting, only when the soldiers see Lucretia’s dead body are they moved to action. If Lucretia’s death is a tragedy, it also becomes a political tool. Despite the centrality of female purity and fidelity, The Story of Lucretia is unapologetically hawkish. The soldiers’ long, straight swords and the tall column at the painting’s center serve as symbols of phallic strength that connect their fight to the structures that literally uphold the urban architecture of modern Florence. The patrons who lived with this spalliera thus received a daily reminder of Republican ideals.
Botticelli captures a moment of aggression in the Nastagio panel while The Story of Lucretia features the instances just before and just following the violence: her suicide and the battle it incites. This difference signifies the alternate moral lessons in each painting. Witnessing violence is crucial to the Nastagio tale because it serves as a precautionary tale for women, while witnessing its ruinous potential is integral to the nationalistic fervor of the Lucretia story. 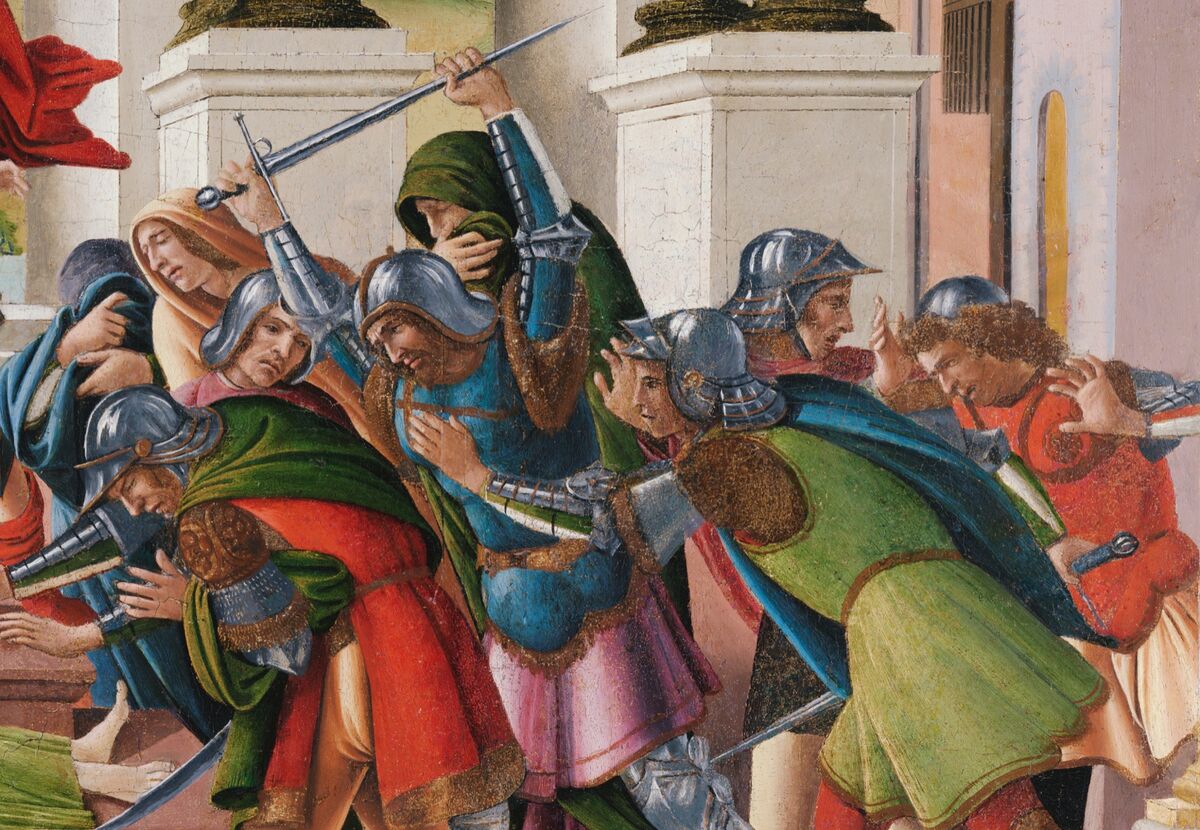 “Boccaccio was clear that violence has several effects,” writes Nethersole. “It provokes fear and stimulates compassion. It can also catalyze a change in heart and behavior.” As Machiavelli would later assert in his 1532 treatise The Prince, “it is better to be feared than loved.” Botticelli’s brutal imagery similarly suggests an emphasis on frightening his audience over seducing them. Today, his messages seem downright oppressive—and unfortunately still relevant. In Botticelli’s time, as in ours, the safety of women’s bodies was often secondary to the order of state politics.
Alina Cohen
Related Stories

A Look at Botticelli’s “Birth of Venus” in Pop Culture 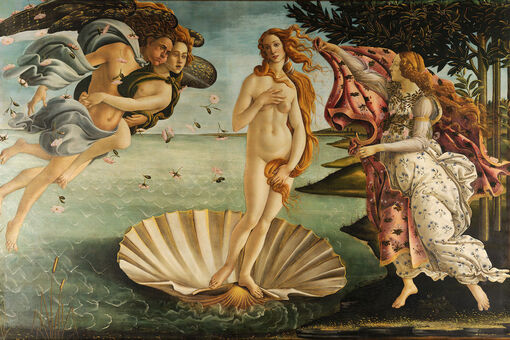 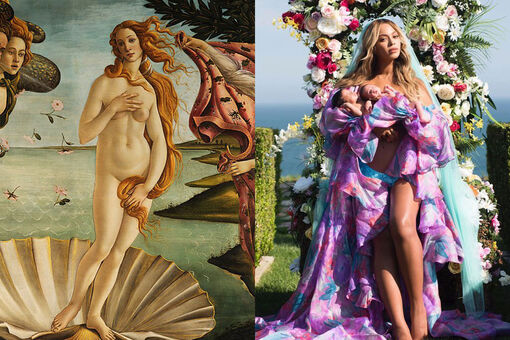 A Look at Botticelli’s “Birth of Venus” in Pop Culture
Abigail Cain
Jul 26, 2018 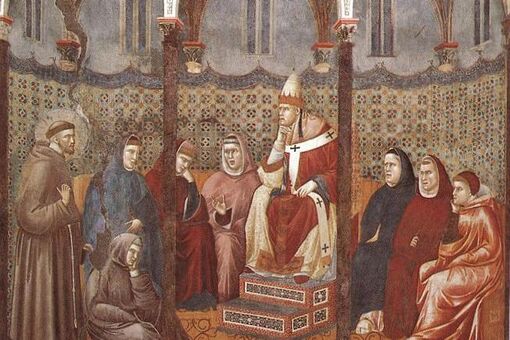