Brassaï, the Outsider Who Photographed Paris after Dark 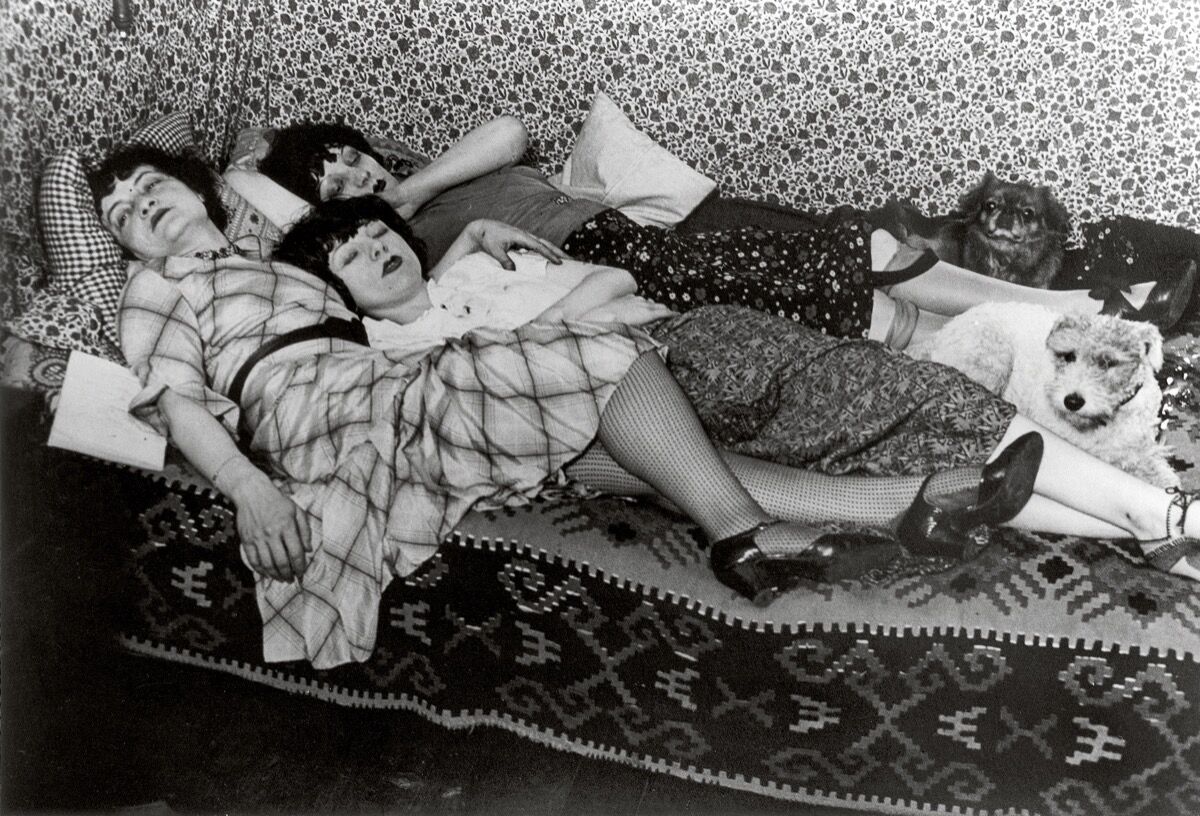 In one of
Brassaï
’s most famous photographs, a man and a woman canoodle in the corner of a Parisian coffee house in the early 1930s, smoke curling from a lit cigarette between the woman’s fingers. Mirrors on either side of the couple’s well-coiffed heads reflect their loving looks and blur the surrounding restaurant. His jacket and her thick sweater suggest winter weather, from which this single, cozy booth offers refuge. Titled Couple d’amoureux dans un petit café, quartier Italie (Loving couple in a small cafe, Italy district), the photograph exudes lust and old-world glamour, exemplifying just what made the photographer’s vision so enduring; more than eight decades after its creation, the image remains as evocative and seductive as ever.
While Brassaï (1899–1984) was a veritable polymath—he wrote novels, sculpted, and painted throughout his career—his pictures of Paris at night remain his career-defining masterworks. Before World War II struck the city, he captured foggy avenues with bare trees, the gate to the Luxembourg Gardens, bridges, and street façades. He snapped pictures of the meat porters and kissing couples of the streets, and the giddy inhabitants of restaurants and lounges. Lights from cars, windows, hotel signs, snowy grounds, and watery reflections enhance the sense of drama in his dreamy nocturnal shots. In a 1968 catalogue for a Brassaï exhibition at the Museum of Modern Art in New York, novelist Lawrence Durrell wrote: “He is very much a child of Paris, and in some ways the city’s most faithful biographer.” 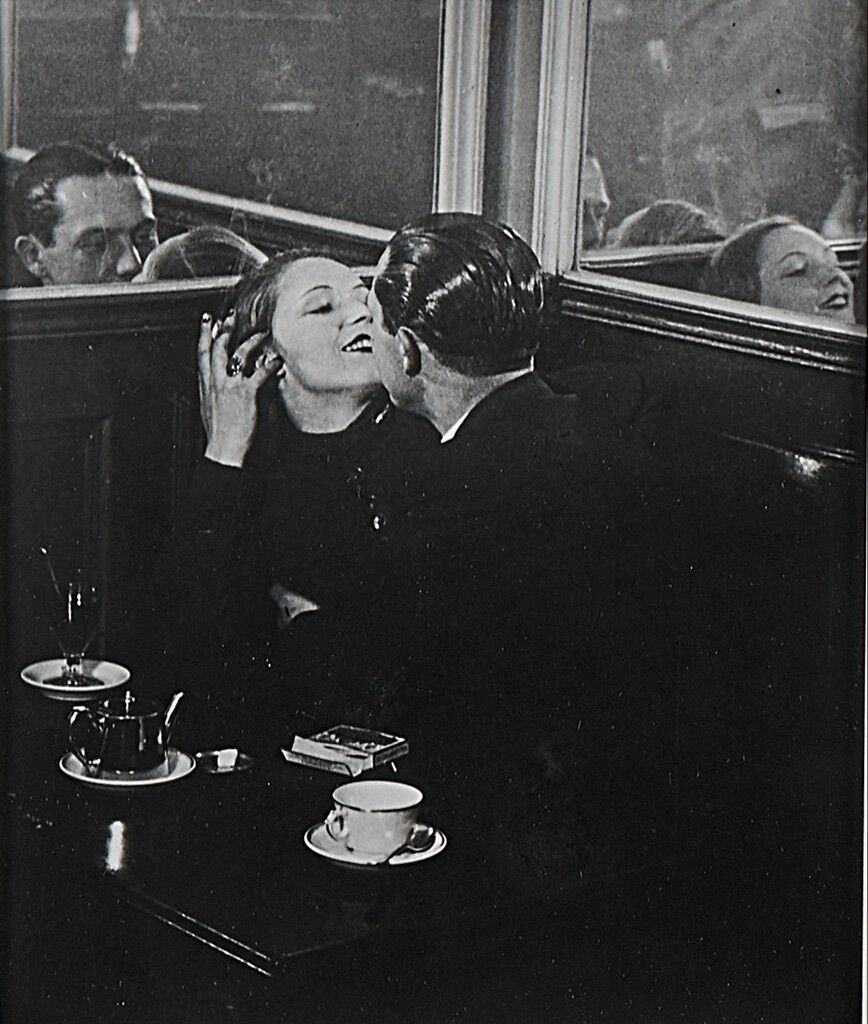 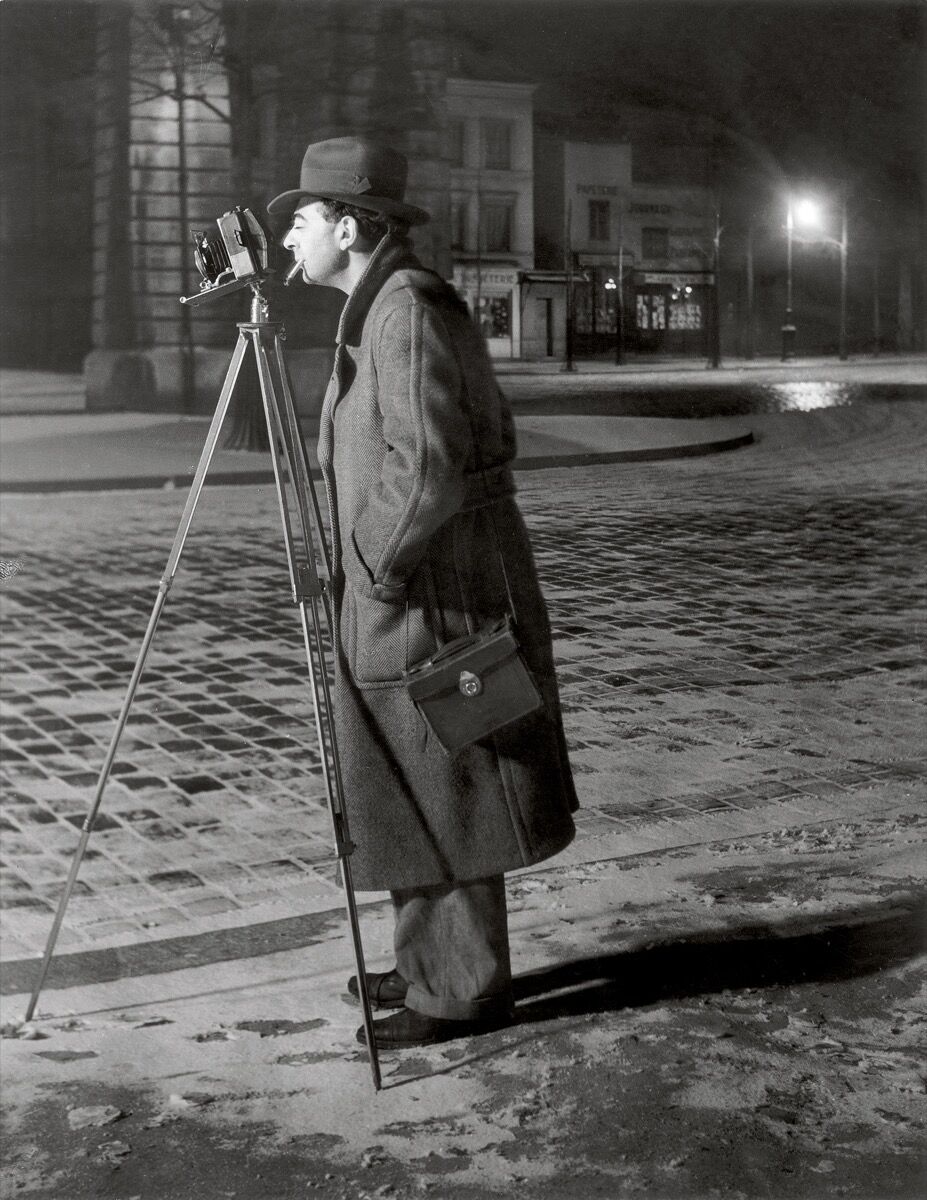 Yet a seminal stateside exhibition tells the larger story of both the man and his oeuvre. Organized by Fundación MAPFRE and former MoMA curator Peter Galassi, the show, entitled “Brassaï,” opened in Spain earlier this year and landed at the San Francisco Museum of Modern Art (SFMOMA) this month. The survey includes Brassaï’s pictures of street graffiti, female nudes, and his famous friends such as
Pablo Picasso
and
Salvador Dalí
. Self-portraits also populate the galleries. One, On the boulevard Saint-Jacques (1930–32), even captures Brassaï in his element: He stands on a snowy Parisian street in a heavy coat and a brimmed hat, cigarette propped between his lips, peering into a tripod-mounted camera.
“We should never forget that ‘the eye of Paris,’ as Henry Miller called him, was a foreign eye,” writes Antonio Muñoz Molina in his catalogue essay for the show. Indeed, Brassaï wasn’t a native Frenchman, but a Hungarian born in Brassó, Transylvania (in modern-day Romania, which was previously under Austro-Hungarian rule). After fighting in the Austro-Hungarian army during World War I and studying art at Berlin-Charlottenburg’s Academy of Fine Arts, the artist moved to Paris in 1924. There, in 1932, he changed his given name, Gyula Halász, to a doctored version of his hometown’s name—his roots as a foreigner remained crucial to his vision and identity. Working as a journalist, Brassaï quickly integrated into the city’s cultural milieu. Throughout the 1930s, he met Picasso,
Henri Matisse
, and the
Surrealists
. Altogether, they contributed to the art magazine Minotaure, edited by Surrealist forerunner
André Breton
. 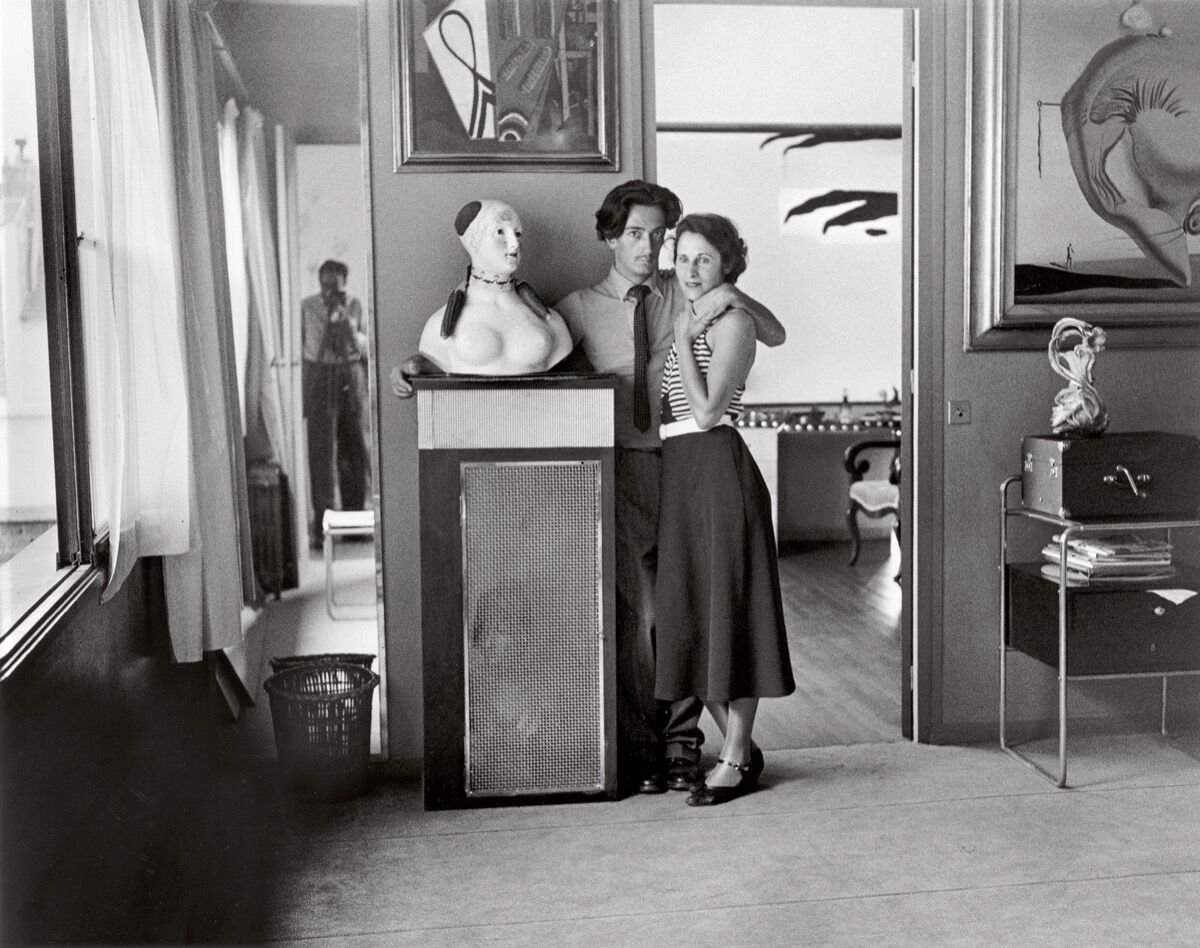 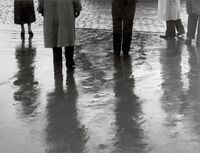 4 Images
View Slideshow
Despite his social clout and early professional successes, Brassaï still viewed himself as an outlander of sorts. “He was roaming a lot of the streets in the evenings, trying to really understand the communities, the activities that were taking place at night,” says Linde B. Lehtinen, a curator at SFMOMA. His photography wasn’t about exploiting Paris, but about assimilating to his chosen home. 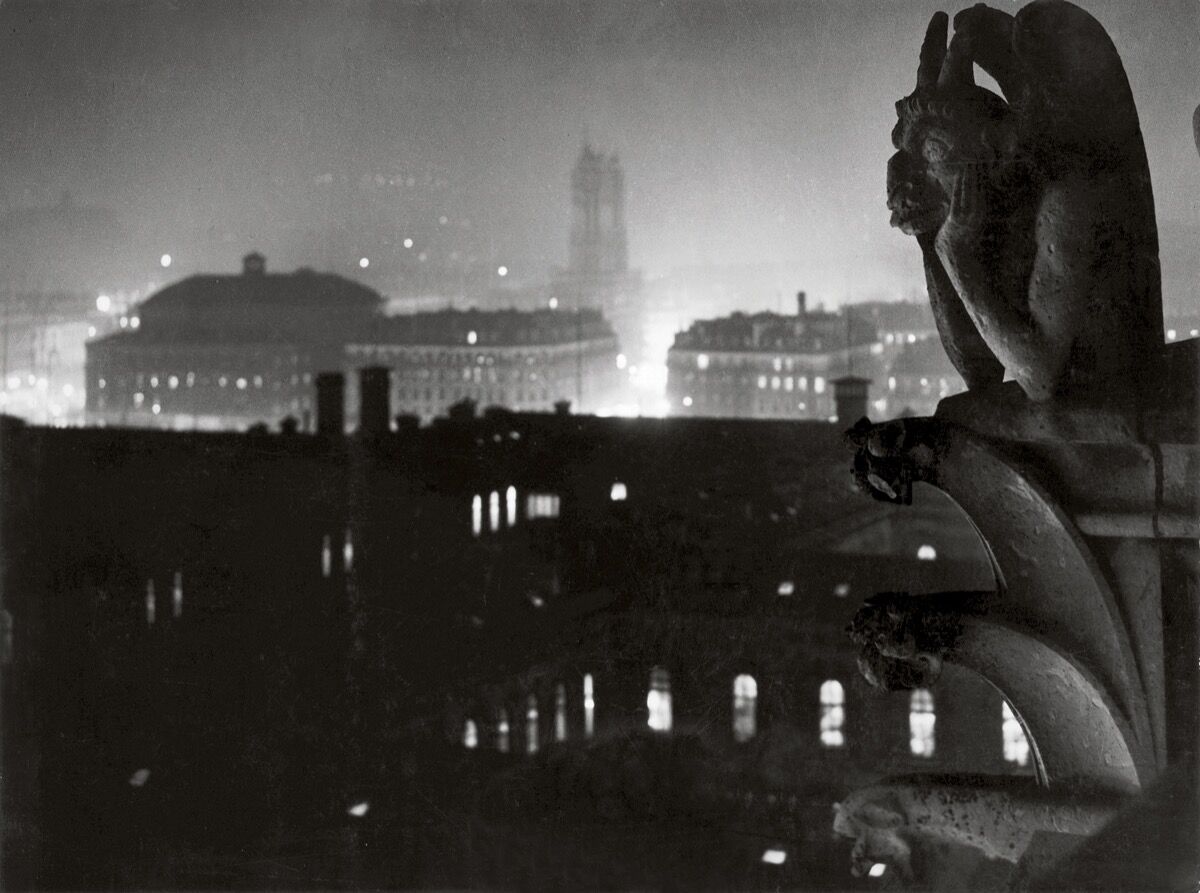 Even when the Germans invaded Paris during World War II, Brassaï refused to leave the country. He briefly fled to the French Riviera, but quickly returned to Paris, where his negatives (and inspiration) remained. When the allies liberated the city in 1944, Brassaï leaned out of his apartment window to watch—he was, as ever, the fearless voyeur. According to Lehtinen, the French mistakenly thought he was a German sniper and shot at him. They missed, but the bullet shattered Brassaï’s mirror. Of course, he took a picture to document the damage, which Lehtinen included in the show.
“Things were very dire then,” she says. “I think that was a big turning point for him.” The world that Brassaï had photographed with such adoration was gone, though he continued to live and work in France until his death in 1984. By the end of his life, he’d published 17 books and even produced one film, Tant qu’il y aura des bêtes (As long as there are beasts), which was released in 1955 and won a major prize at the Cannes Film Festival. 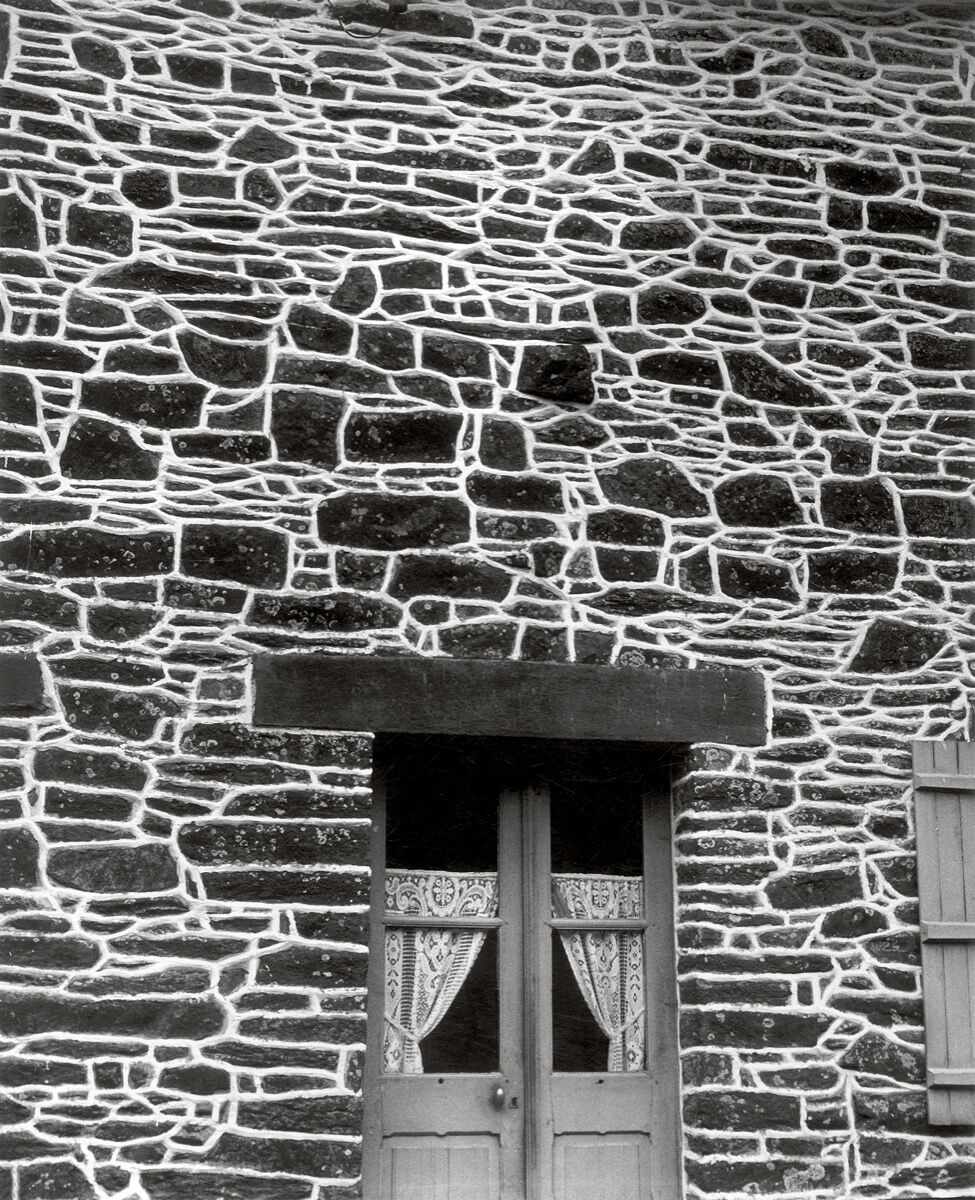 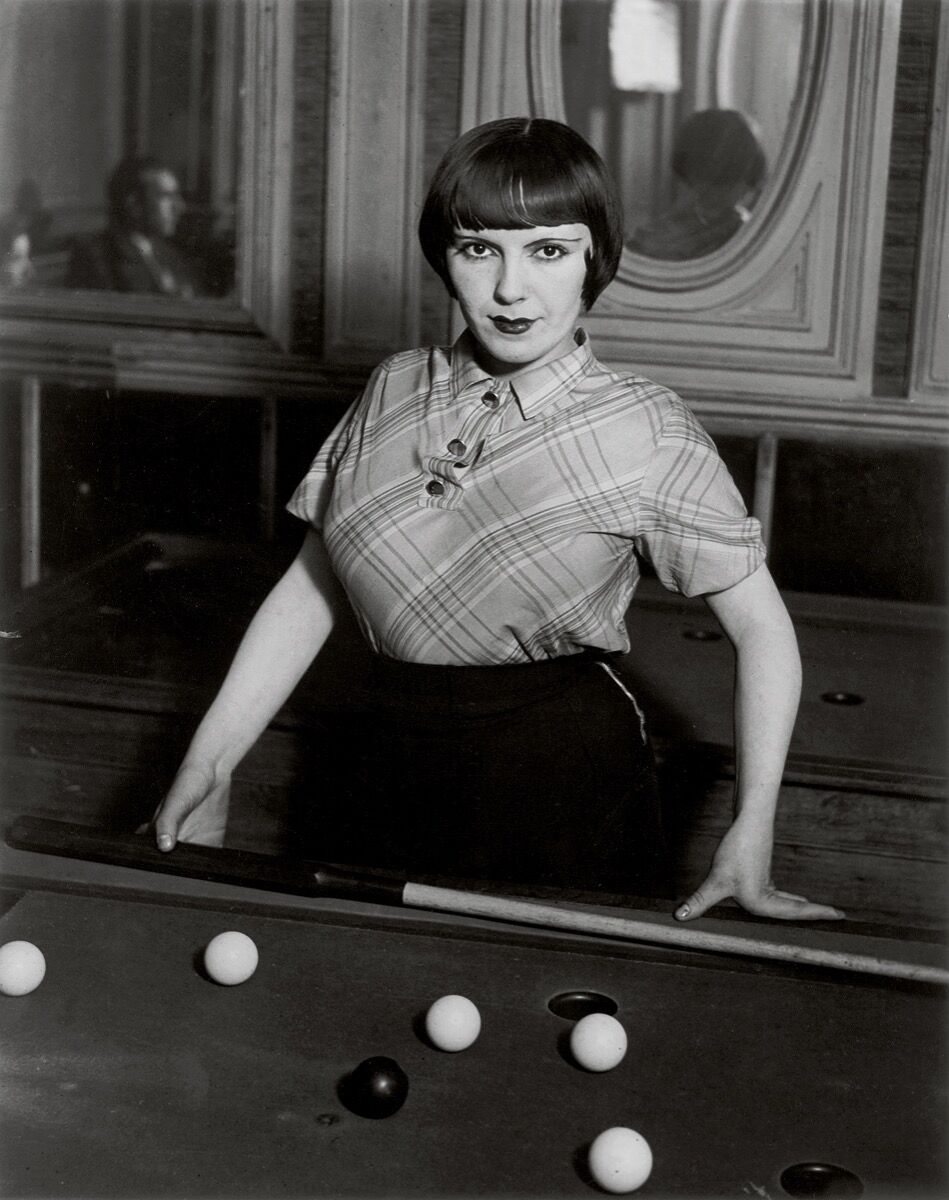 Of course, Brassaï was just one of many photographers captivated by Paris. Fellow Hungarian native
André Kertész
and Frenchman
Henri Cartier-Bresson
were two of the major talents working with the same subject material in the 1930s. “What set Brassaï apart from Kertész, and indeed from all the photographers of Paris,” writes David Travis in At the Edge of Light: Thoughts on Photography and Photographers, on Talent and Genius, “is that he wanted to picture what was obscured from everyday view, what was dangerous, and, most of all, what was forbidden.” Brassaï’s camera lingered on prostitutes, gang members, and the queer community in the interwar era—he gained entrance to Le Monocle, a lesbian nightclub in Montmartre; and Suzy’s, a brothel, among other underground venues.
“We’re looking at these views of 1930s Parisian society,” says Lehtinen, “but they’re also these incredible reflections on broader themes of community, labor, sexuality, gender, class, solitude…alienation, strangeness.” The surface glamour and appealing sinfulness of Brassaï’s pictures may initially captivate us. Yet it’s their deeply emotive, cinematic quality that transforms his subjects into characters with intergenerational appeal—none more so than the city of Paris itself.
Alina Cohen
Related Stories 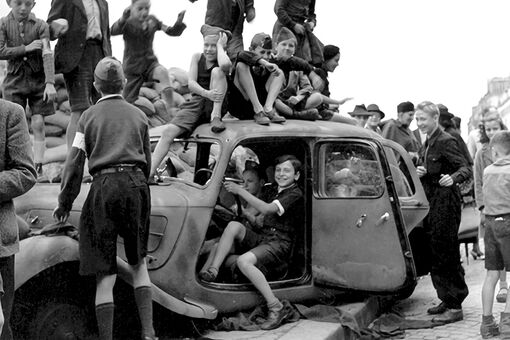