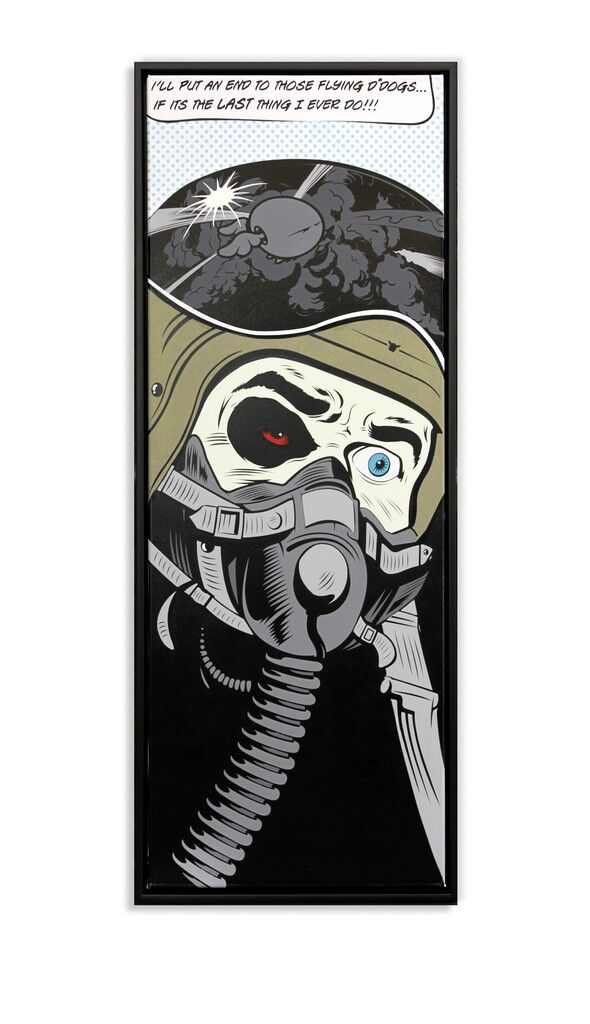 D*Face
End To Those Dogs, 2014
StolenSpace Gallery
According to D*Face, the show gives “a middle finger salute to all those teachers that believed following a tired curriculum was more important than following your heart.” In his work, D*Face celebrates subcultures challenging the status quo—referring to his own youth experience as a “dysfunctional world which had no rule.”
Retired stencil cluster (2013) features a salon-style installation of used stencils. Repeated motifs of wings, fists, and scraggly lettering are peppered with rebellious slogans like “call in sick” and “rebels alliance.” As D*Face explains, he aims to provide a “jolt of subversion in today’s media-saturated environment.” There are traces of paint along the edges of each stencil—which, viewed in a certain light, may be interpreted as evidence. The work is effectively a collection of living artifacts of the artist’s process. 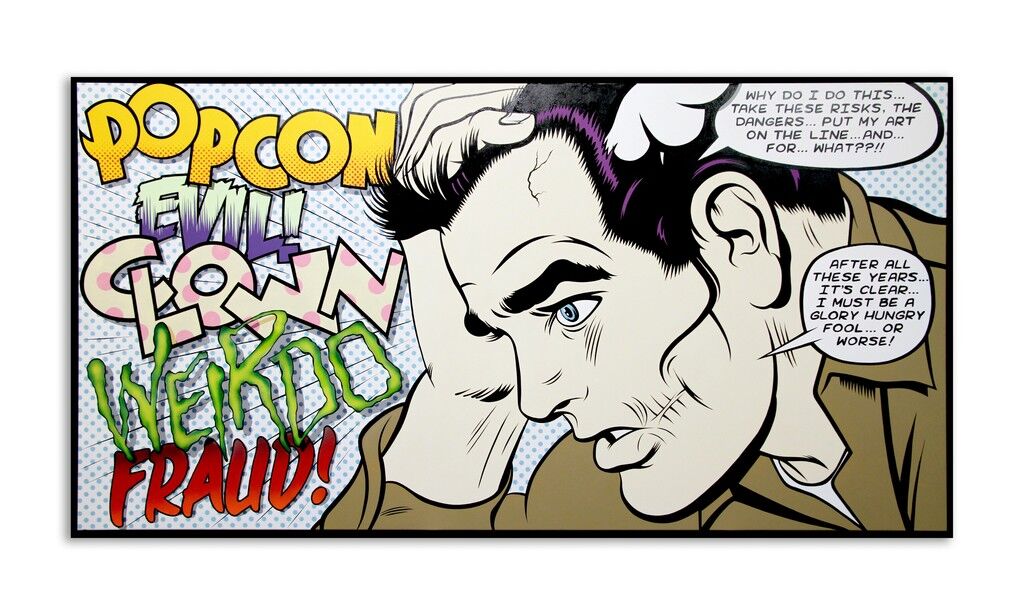 D*Face
Public Enemy, 2014
StolenSpace Gallery
Cultural icons like Michael Jackson, Kurt Cobain, and Tupac Shakur frequently appear in D*Face’s work—depicted with grim, skeletal veneers. In this series, however, the artist turns his attention inward, making self-referential statements about his artistic process. In Public Enemy (2014), for instance, a distressed male figure appears adjacent to a speech bubble that reads: “WHY DO I DO THIS...TAKE THESE RISKS, THE DANGERS...PUT MY ART ON THE LINE...” and “I MUST BE A GLORY HUNGRY FOOL...OR WORSE!”
As D*Face once explained, his work encourages viewers “not just to see, but to look at what surrounds them and their lives, reflecting our increasingly bizarre popular culture, rethinking and reworking cultural figures and genres to comment on our ethos of conspicuous consumption.” By reflecting on his methodology, D*Face subjects his work to the same level of critical scrutiny as the aspects of culture he mines.
—Anna Furman
“Wasted Youth” is on view at CAC Málaga in Málaga, Spain from Jun. 27–Sep. 27, 2015.
Follow StolenSpace Gallery on Artsy.
Related Stories