Building a Legacy for an Artist Who Shunned the Art World “This bequest is the total of my art and comes without request or consultation. Please forgive me. You are the only person I trust who has the standards required. If you do not accept the placement of the art over a period of years, the art will be destroyed.”
With this letter, dictated by the artist
Dale Henry
to his attorney shortly before his death in 2011, he left the fate of his legacy in the hands of Alanna Heiss, curator and founder of MoMA PS1 and Clocktower Gallery. If she refused his request, as she had on prior occasions, his work was to be burned.
The letter stipulated that the work making up Henry’s estate—over 200 pieces ranging from monochrome and subtly but richly textured paintings to intricate
Postminimalist
installations—would have to be either placed in museums or gifted to individuals; anything but end up in the hands of gallerists and auctioneers. Part of the challenge of this unusual gambit was that very few people had even heard of Dale Henry.
Born in 1931 in a small town in Alabama, Henry moved around the country constantly as a child, attending 12 different schools by the time he graduated. When he was 17, he moved to Houston, where he began taking life drawing classes at the city’s Museum of Fine Arts, and then to San Francisco, where he showed his work to Howard Ross Smith, the associate director of the Legion of Honor museum, leading to a string of shows in the Bay Area between 1960 and 1968. 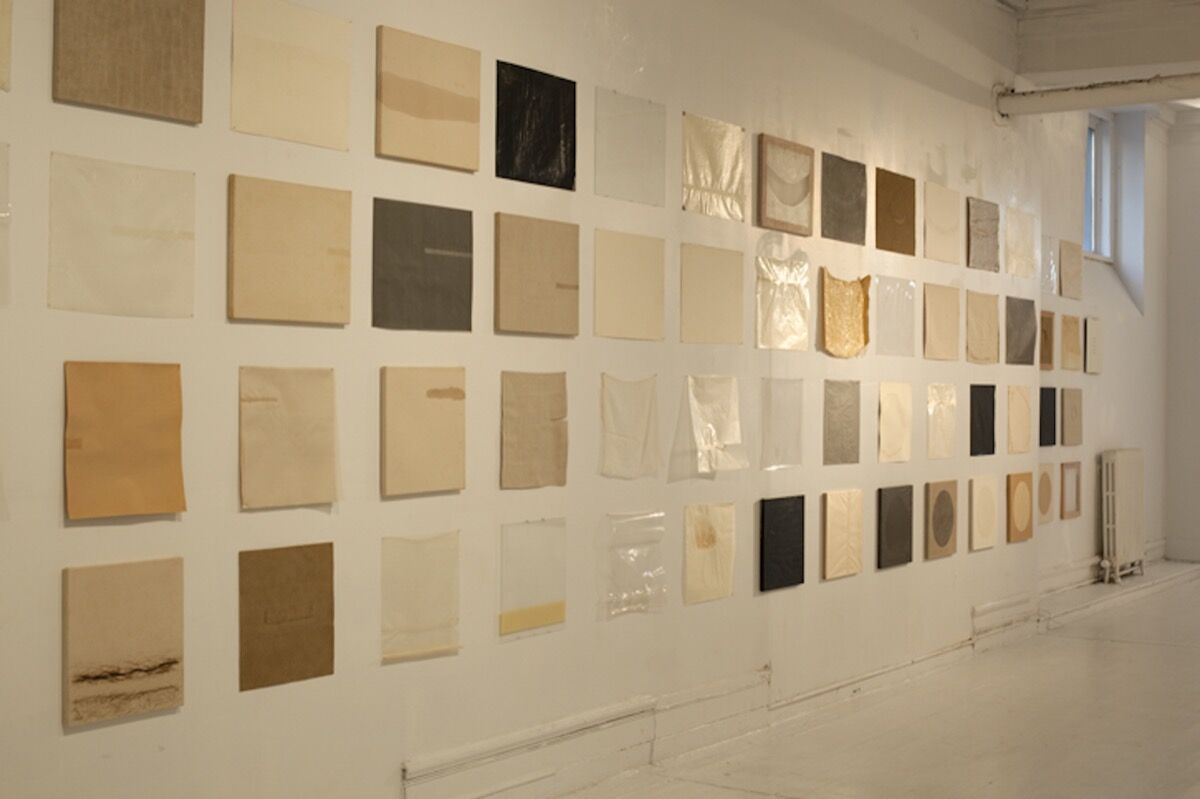 Smith encouraged Henry to move to New York, where he found peers in artists including
Richard Nonas
,
Ron Gorchov
, and
Marcia Hafif
. Henry’s work resonated with many of his contemporaries’ formal pursuits, which championed process-driven practices and pushing painting beyond the frame and off the wall, resulting in a multifarious range of works straddling
Conceptual
and Postminimalist art. He found some success and shows in New York City during the 1970s and early ’80s, including at the John Weber Gallery and in group exhibitions curated by Heiss at MoMA PS1 and Clocktower Gallery, which is how they met.
But with the rise of the
Pictures Generation
and the
Neo-Expressionist
movement, interest in Henry’s work waned in the 1980s. He became increasingly disenchanted with the art market and, in 1986, he essentially exiled himself from the art world, permanently relocating to a town in rural Virginia. After settling there, he made some new work, but he gradually became more reclusive and devoted most of his time and energy to planning how his work would be shown and circulated after he died. And Heiss, it turned out, was the perfect person to see his plans through.
Visiting Henry’s home in Cartersville, Virginia, shortly after his death, Heiss recalled being struck by the works’ freshness. “I looked at all the work and thought, ‘Damn, if this isn’t interesting,’” Heiss recently said in a phone interview. “It really was good—there’s a reason I showed it in the 1970s.” Last month, after spending the better part of seven years placing those 200-plus works by Henry in museum collections and gifting them to individuals, Heiss and Beatrice Johnson, director of the Dale Henry Project, co-moderated a panel to mark the culmination of what they’d come to call “the giveaway.”
“The main challenges have been about logistics,” Johnson wrote in an email exchange after the panel—“how to propose works for acquisition by an artist no one knows and about whom no scholarly research is publicly accessible (other than what the Clocktower team has created); how to insure works that are not supposed to be appraised or have a dollar value; how to work with museum’s long timelines for acquisition, and so on.” The process involved mounting a two-part retrospective of Henry’s work, beginning at the Clocktower Gallery in 2013 and concluding at Pioneer Works the following year. These became important showcases for fostering institutional and individual interest in the work. 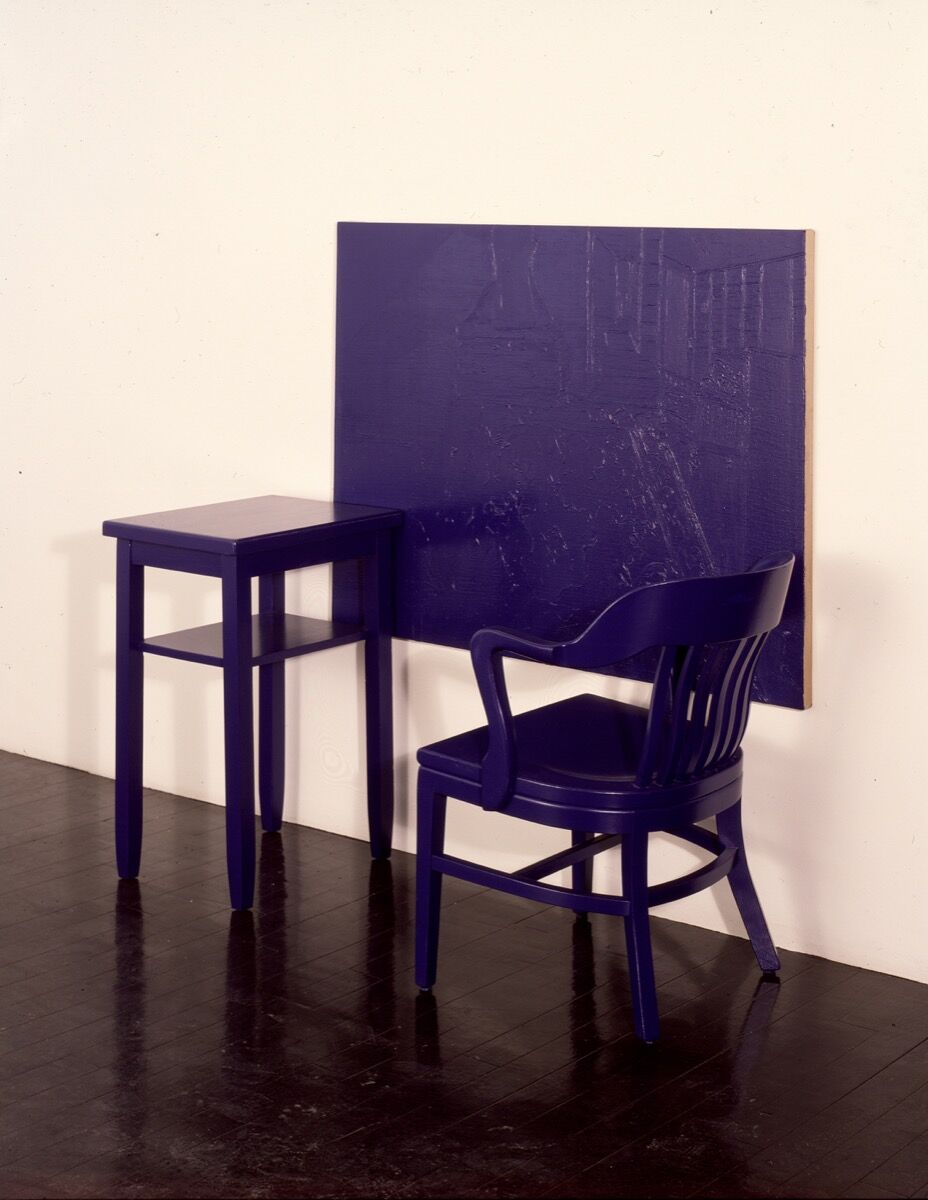 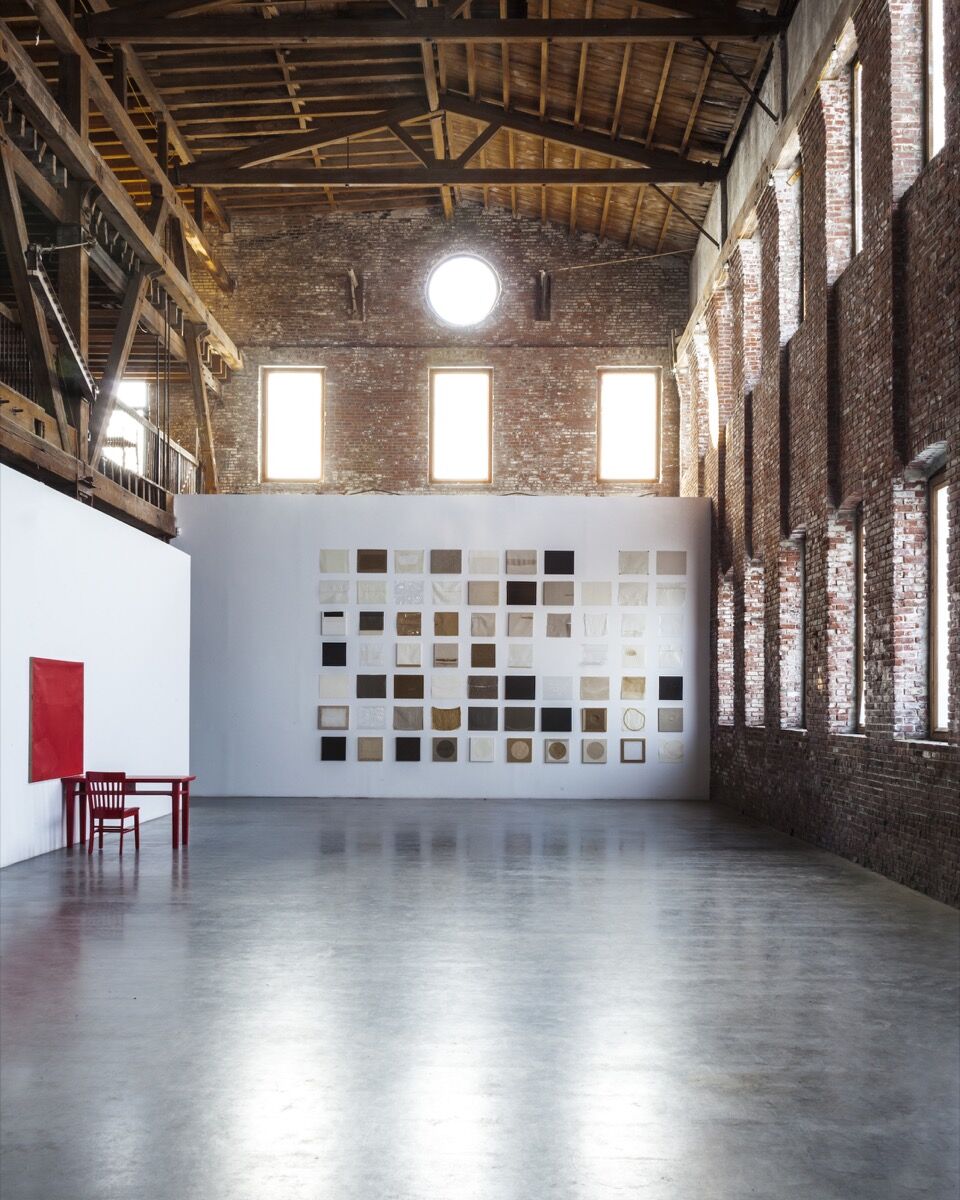 Advertisement
In the end, more than 30 works ended up in major collections, including the Brooklyn Museum, the Crystal Bridges Museum of American Art, the Fralin Museum of Art at the University of Virginia, and the Birmingham Museum of Art in Henry’s home state of Alabama. And what may be Henry’s most ambitious and challenging work—an installation consisting of 80 elements retracing, more or less, the development of modern painting—was acquired two years ago by the Museum of Modern Art after the institution’s longtime trustee Agnes Gund saw the work and advocated for its acquisition.
“I, through kismet, was on the receiving end of an email written by Beatrice and Alanna offering the Museum of Modern Art a work called Primer Sets of a Revealingly Graphic, Personal History of Western Painting…by the artist Dale Henry, of whom I had never heard,” Laura Hoptman, a curator in MoMA’s department of painting and sculpture, said during last month’s panel. “The end of this shaggy dog story is a happy one, and that is that the Museum of Modern Art acquired the work, but as God is my witness, I will tell you how extraordinary that is.”
Indeed, for an artist who felt so completely shunned by the art world that he deliberately took himself out of it (the exhibition of Henry’s work at Pioneer Works in 2014 was titled “The Artist Who Left New York”), to be posthumously embraced by that community is a rare reversal. More often, artists begin the process of positioning their work and developing institutional interest during their lifetimes, in hopes that their relatives and representatives will have an easier time spent preserving and promoting their legacies. In Henry’s case, the challenge faced by Heiss and Johnson was, in many ways, to build a legacy from scratch.
“I have found remarkable interest and positive reception from museums to the project,” Johnson said. “I believe this is due, in large part, to Alanna Heiss’s influential role in the art world, and the resulting interest in her projects, and trust in her vision. The other reason [is] the unique and dramatic quality of Dale’s story.…Dale synthesized many artistic concerns of the time in his explorations of the medium of painting, and I think institutions are excited to contextualize his work, and the work of his peers, in their collections.”
Benjamin Sutton is Artsy’s Lead Editor, Art Market and News.
Related Stories