If Passed, Could a New Law Stop ISIS Profiting from Looted Syrian Antiquities?

Isaac Kaplan
Apr 7, 2016 6:19pm
Could a bill, currently before the Senate, stop ISIS profiting from the sale of looted antiquities in Syria? It’s not so simple. 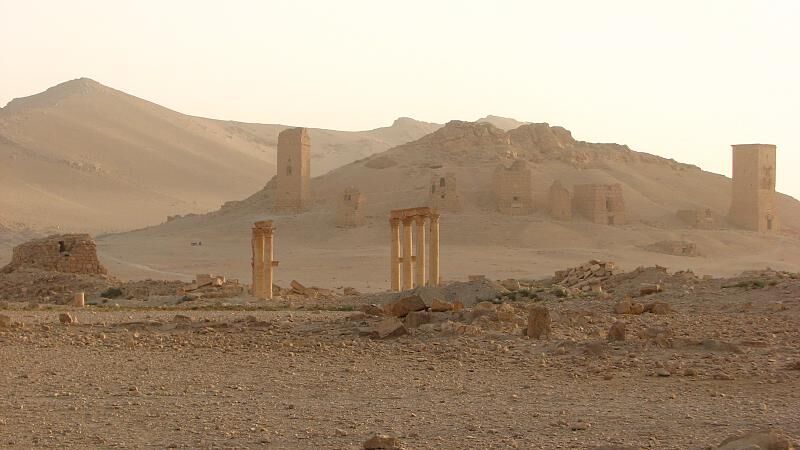 Photo of Palmyra by reibei, via Flickr. Until recently, the ancient city was occupied by ISIS, which reportedly looted pieces of cultural property.

Known as the “Protect and Preserve International Cultural Property Act” (or H.R. 1493 for you policy wonks), the bill has moved quietly through Congress since it was introduced early in 2015. Following passage in the House in June of last year, it awaits the attention of the Senate, where the bill left committee in January with unanimous support.
If passed, the bill would provide a framework for crafting a more efficient federal response to cultural property threatened by global conflict and disasters, allow the U.S. to provide safe harbor to Syrian cultural objects in danger, and establish an import ban on Syrian cultural artifacts illegally excavated after the start of the country’s civil war.
In sum, it could amount to an important change in how the United States government treats cultural preservation of Syrian antiquities—moving from a reactive posture to a proactive one. And that pivot is not without controversy.

Does ISIS profit from antiquities?

While everyone in the heritage community is adamantly against looting, the bill has sparked debate. A key question is if the import ban, which prevents Syrian antiquities illegally removed from the country after March of 2011 from entering and thus being sold in the U.S., makes sense given the available evidence about antiquity looting in Syria.
Much fanfare has been made about ISIS profiting from the sale of looted antiquities, including those from Palmyra, with figures ranging into the ludicrously high (and thoroughly debunked) hundreds of millions of dollars. For better or worse, H.R. 1493 has become a part of this contentious debate. Senator Chuck Grassley, a major proponent of the legislation, praised the bill as “a small but important step in hampering the ability of ISIS terrorists to profit from the sale of looted antiquities.”
Some in the cultural community, like Kate Fitz Gibbon, a New Mexico attorney who sits on the board of  the Committee for Cultural Policy, finds claims like Grassley’s perplexing. “There’s no evidence of Syrian artifacts coming into the United States,” she told me, adding that looting is encouraged by a “media frenzy talking about a multi-billion-dollar market in looted antiquities.” Before passing such legislation under the guise of fighting ISIS, she argues, “it’s incumbent upon us to be working with the facts, and not with completely random speculation.”
Brian Daniels, director of research and programs for the Penn Cultural Heritage Center, sees the bill not as a response, but as a prevention. “The idea of this particular legislation is to combat the issue before there is a significant problem in the United States,” he told me. Federal laws currently on the books, passed to give legal force to the 1970 UNESCO treaty, already allow for import bans—but only after demonstrating the presence of a significant market in the United States. As such, it’s not preventive. “The idea is to disincentivize an entity like ISIS from doing the looting,” says Daniels of H.R. 1493.

The unilateral restrictions by the United States might not have a major impact if passed in isolation, but, as Daniels points out, the bill before the Senate is the American contribution to a global strategy. In February of 2015, the United Nations Security Council passed Resolution 2199, which called for a concerted effort to stop the illicit trade of antiquities coming out of war-torn Syria. “The idea is actually trying to deprive an international market and have all countries, all market actors say no, they’re not going to accept this looted material,” Daniels tells me.
As to arguments which say the bill will unduly restrict trade and prevent antiquities from being displayed in museums? “That misses the point entirely,” says Daniels, noting the fact that the bill only impacts material removed after March of 2011—roughly the time the Syrian war began.
Broadly, import restrictions aren’t uncommon, a state of affairs Fitz Gibbon sees as an undue threat to the ability of culture and antiquity to be viewed by global audiences. Normally under U.S. law, foreign governments can request such restrictions, which are then reviewed by a committee. Part of the rationale behind H.R. 1493 is that Congress needs to establish an import ban because Syria lacks the functioning authority which could make such a request.
Currently, the State Department lists import restrictions for 16 countries, one being the result of emergency legislation passed to prevent looting in the wake of the Iraq War. Similar legislation for Afghanistan died in Congress, after which, according to Daniels, a trafficking network for Afghan antiquities emerged. But Fitz Gibbon says that during her time on the committee that reviews foreign government requests for restrictions, she found the link between antiquity and criminal groups overstated.

The bill beyond the ban

A significant provision in H.R. 1493 involves streamlining how the government safeguards international cultural property at risk by establishing what it calls an “interagency coordinating committee.” Daniels is quick to note that this isn’t a law enforcement committee—such a group, the Cultural Antiquities Task Force (CATF), was set up in the aftermath of the Iraq War under a State Department umbrella. Rather, the new committee would “deal with things well beyond looting,” says Daniels, amid a federal government in which “a whole host of actors—all doing things about cultural heritage destruction in conflicts and in disasters—don’t talk or interact with each other.” Cultural heritage preservation is a cluttered field, falling into the remit of a numerous departments, from State to Homeland Security.
Moreover, says Daniels, there’s “virtually nothing” in terms of information about what these agencies are actually doing to safeguard endangered culture—a blackout the bill would rectify. H.R. 1493 mandates that Congress receive annual reports from the executive branch on the efforts being made to preserve heritage.
While mandated in the House version of the bill, establishing an interagency committee is merely encouraged in the Senate version, not legally mandated. If passed by the Senate, the difference is significant enough to require a re-vote in the House before heading to President Obama’s desk. Although she considers it unlikely, if the amended Senate version somehow fails to pass, Fitz Gibbon thinks what she calls an “ugly” version—one with a mandatory interagency committee granted expanded powers not found in the current version—will be reintroduced next session.
These important but hardly eye-catching aspects of the bill are overshadowed by the fixation on ISIS and the import ban. “If you look at the text of the House bill itself, the legislation was meant to be broadly comprehensive and to lay out a plan for how the federal government actually deals with these moments of cultural crisis,” says Daniels. “This legislation was designed to try and tackle what is a worldwide problem but also a problem internal to this U.S. government about how it coordinates its own response.”
Isaac Kaplan is an Associate Editor at Artsy.
Related Stories