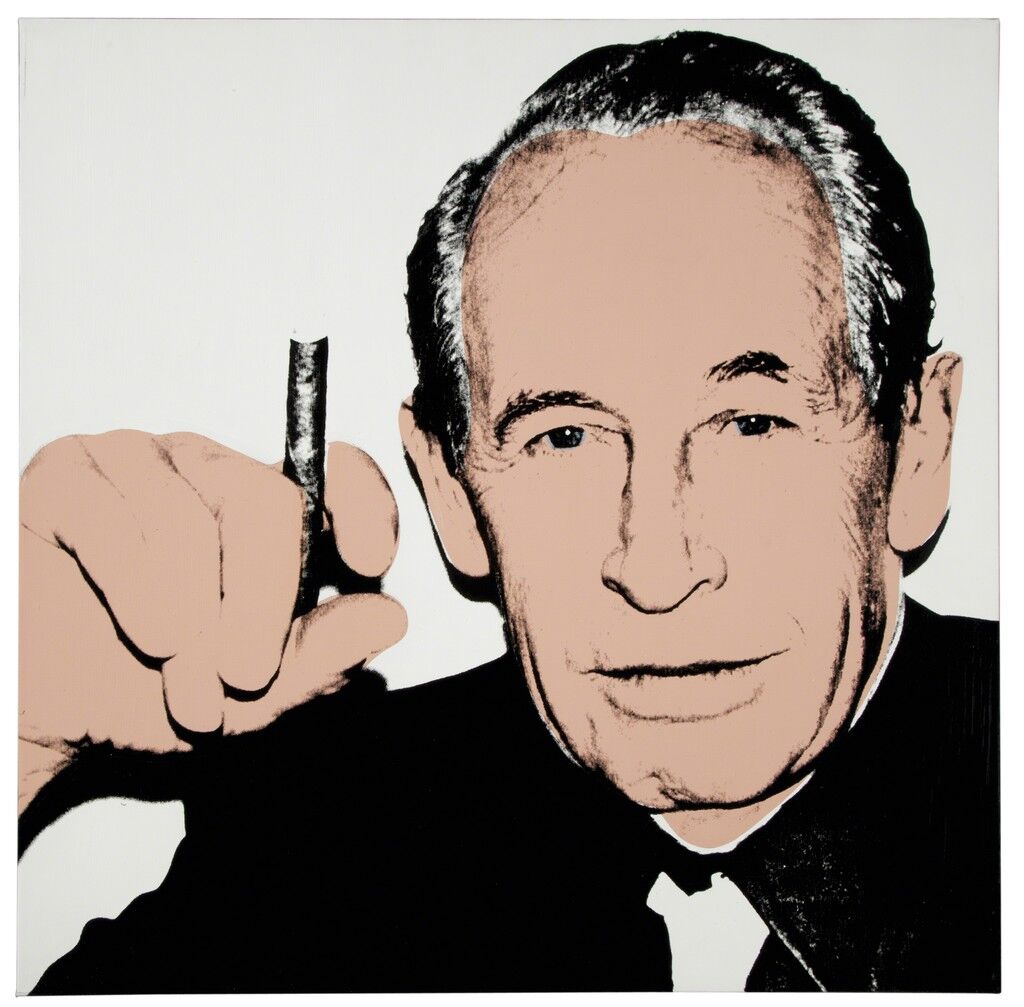 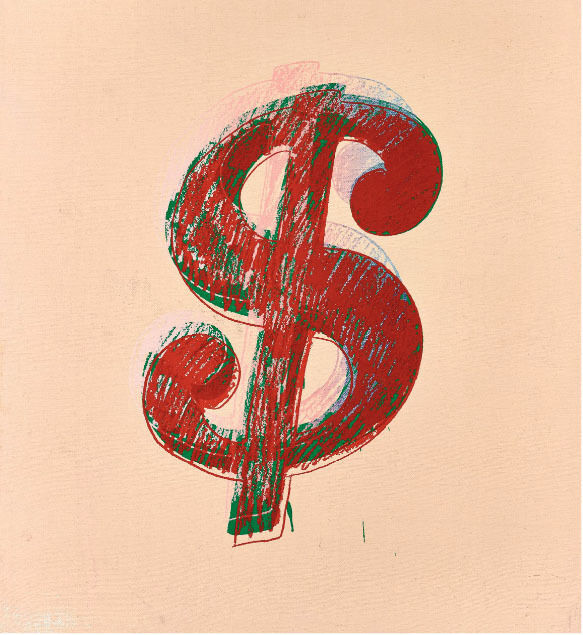 Dollar Sign ($), 1981
Revolver Gallery
Working in partnership with the Andy Warhol Foundation, Christie’s, museums, and private collectors, the gallery has brought together a rich selection of Warhol’s paintings and works on paper, which is being presented at an exhibition space in Toronto’s Yorkville neighborhood. At more than 120 pieces, it stands as the largest gathering of the artist’s works in Canada. And it also stands as a gesture of gratitude by Revolver founder Ron Rivlin toward his native city. As Rivlin put it, “I want to share my passion for the importance of Andy Warhol’s work with my fellow Torontonians.” 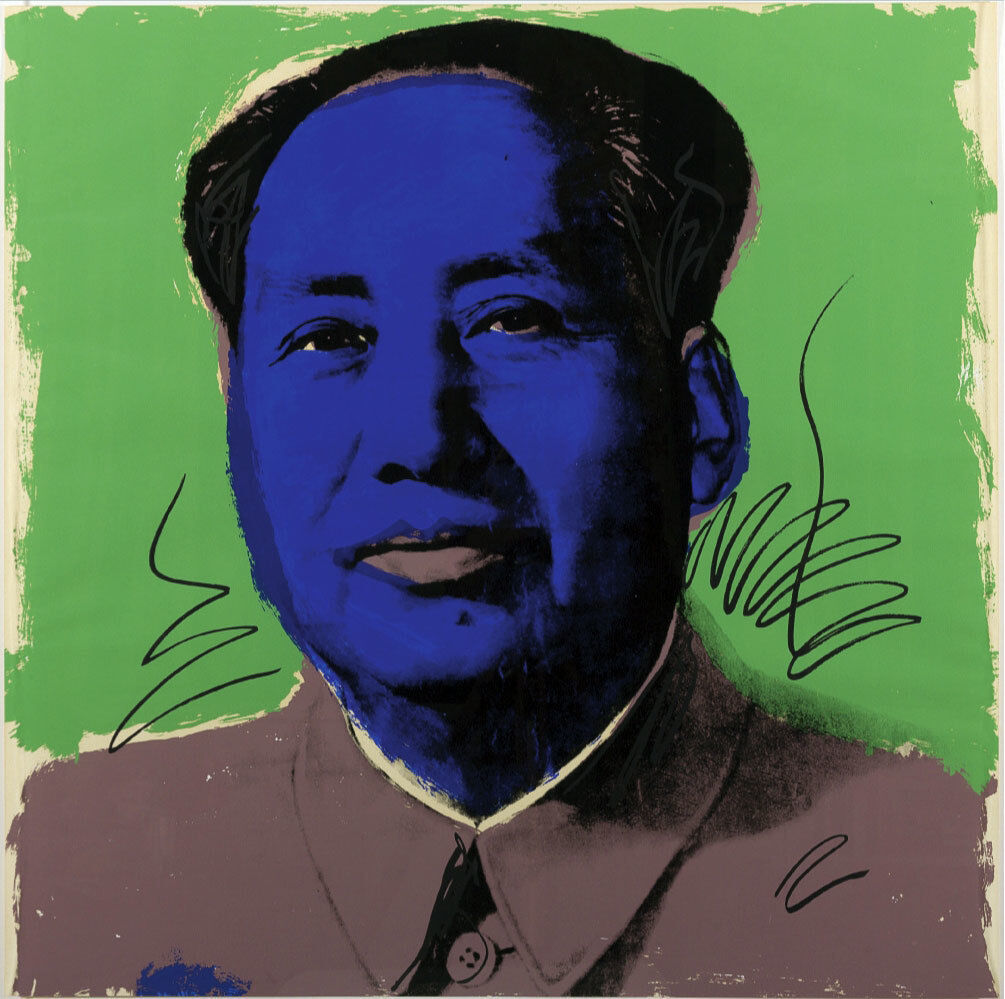 Mao (Green) (FS II.90), 1972
Revolver Gallery
Warhol’s fascination with celebrity and consumer culture is readily apparent here, in his graphic, flattened, and garishly colored portraits of such famous figures as Marilyn Monroe, Chairman Mao, and Queen Elizabeth II, as well as his renderings of dollar signs and Campbell’s soup cans. Also on view is a selection of his enigmatic and evocative paintings of shadows—one of which was owned by Roy Halston and later by Victor Hugo. These semi-abstract works stand as foils to his direct, representational compositions and have intrigued viewers for decades, including fellow artists. As
Julian Schnabel
has written about the pieces, “There is almost nothing on them. Yet they seem to be pictures of something.”
Visitors will have ample opportunity to parse Warhol’s shadow paintings and his many other works, aided by a robust program of guest lectures and educational resources organized in conjunction with the exhibition. Through such discussion and consideration, visitors may come away with a new take on the impish artist, who famously embraced his public persona. As Warhol stated, “It’s not what you are that counts, it’s what they think you are.”
Karen Kedmey