For Carol Rama, Art Was a Way to Process Life’s Pleasure and Pain 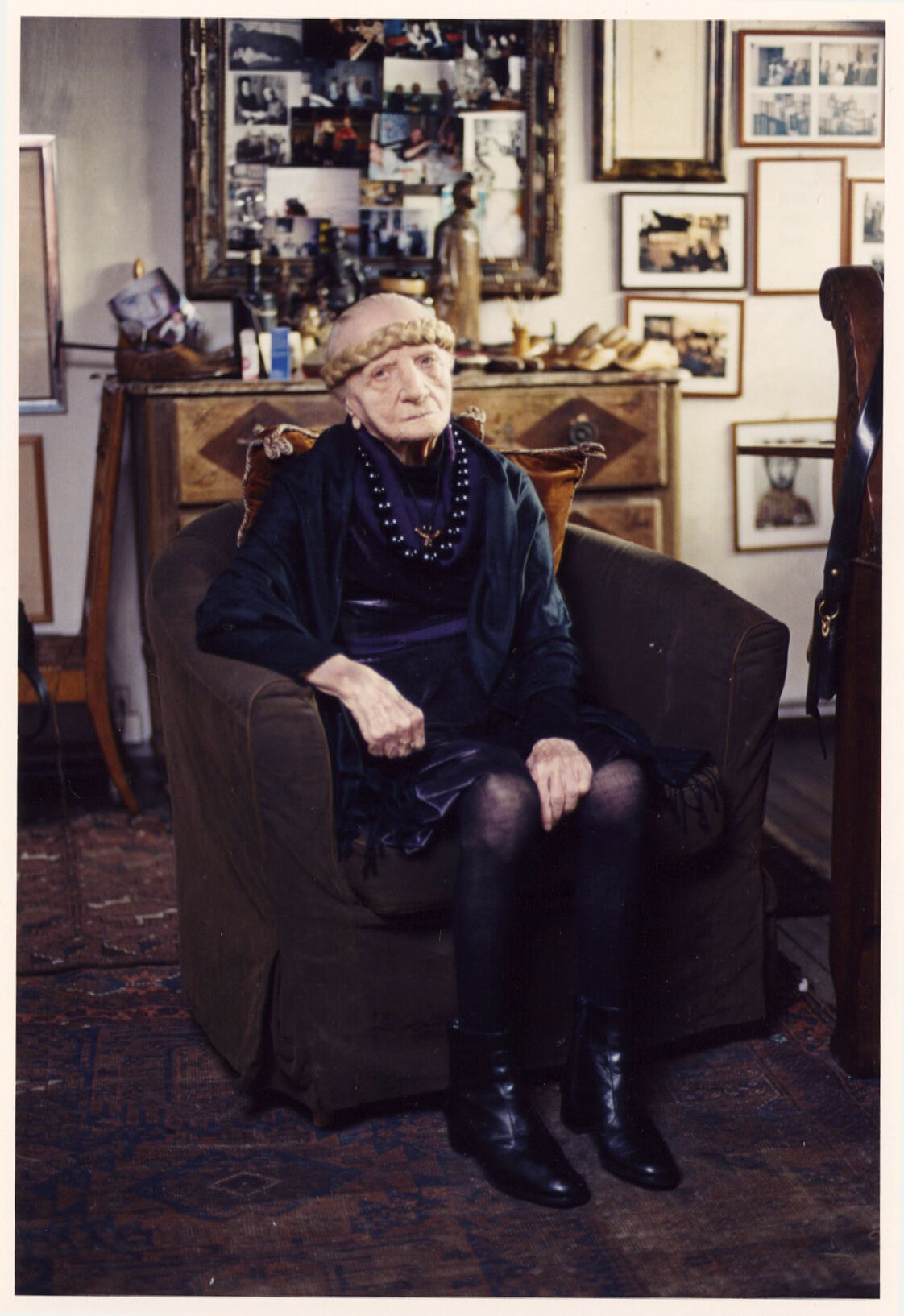 “In my opinion, loving my work is certainly better than having sex,” the Italian artist
Carol Rama
said in 1998, when she was 80. “Not that I get excited by my work. I don’t. But I use it to incite.”
Rama’s radical art is the subject of “Antibodies,” a posthumous retrospective—her first in New York and largest ever in the United States—at the New Museum this spring. The show, which gracefully shoehorns over 150 works into a single floor of the institution, certainly confirms Rama’s interest in sex and provocation. In it, women spread their legs and snakes emerge; men wield multipart penises that look like Medusa’s hair; and fake eyeballs cluster on paint splatters shaped like female genitalia.
But the exhibition, curated by the museum’s Helga Christoffersen and Massimiliano Gioni, proves that Rama’s work is about much more than sex, too.
I first saw Rama’s paintings in person last fall, in her hometown of Turin. She had died almost exactly a year before, in late September 2015, and the Turinese creative community was still reeling from her passing. To them—and to many of those who’ve joined the ranks of Rama’s cult following over the years—she was not just an enigmatic eccentric who made art in the dark, macabre apartment where she lived for over 70 years. 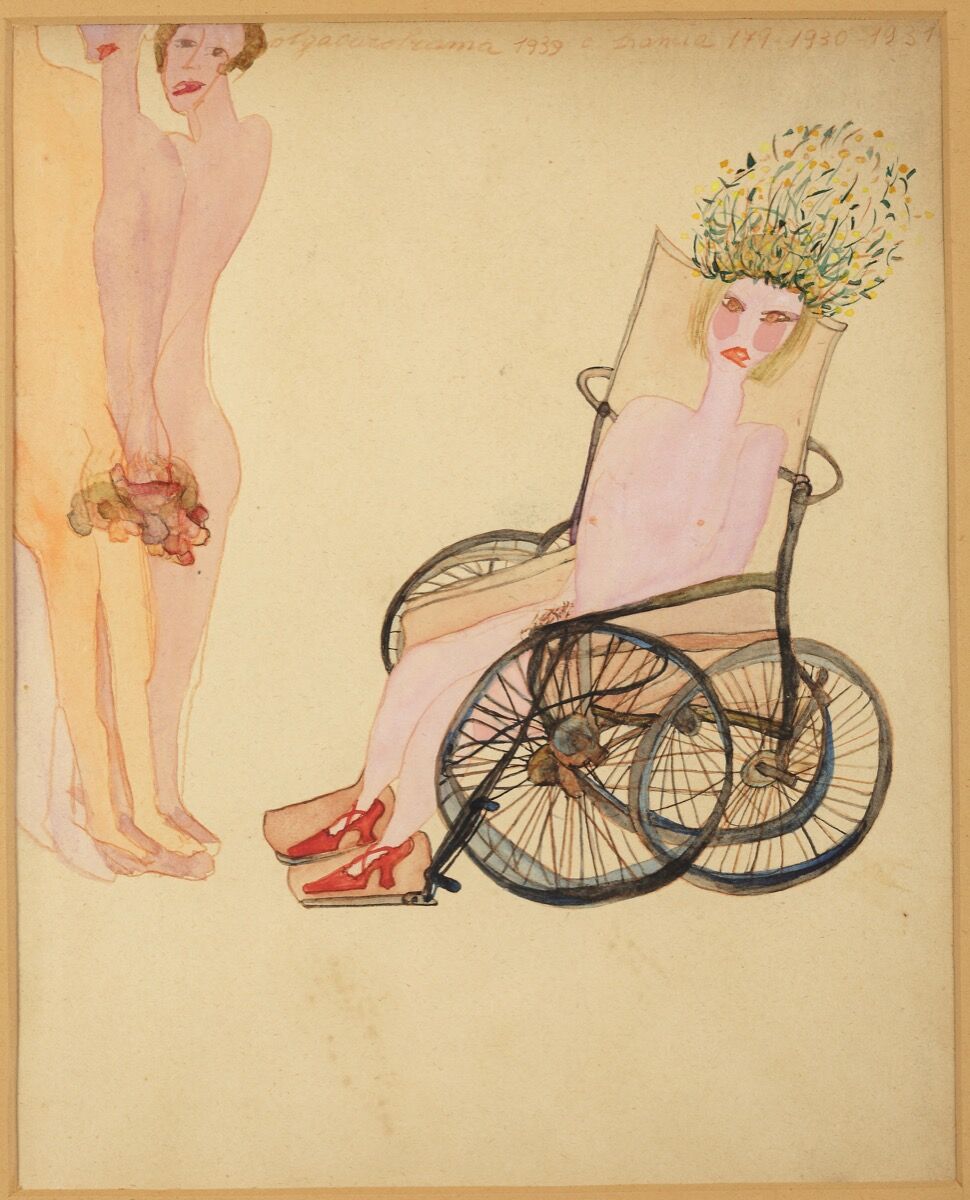 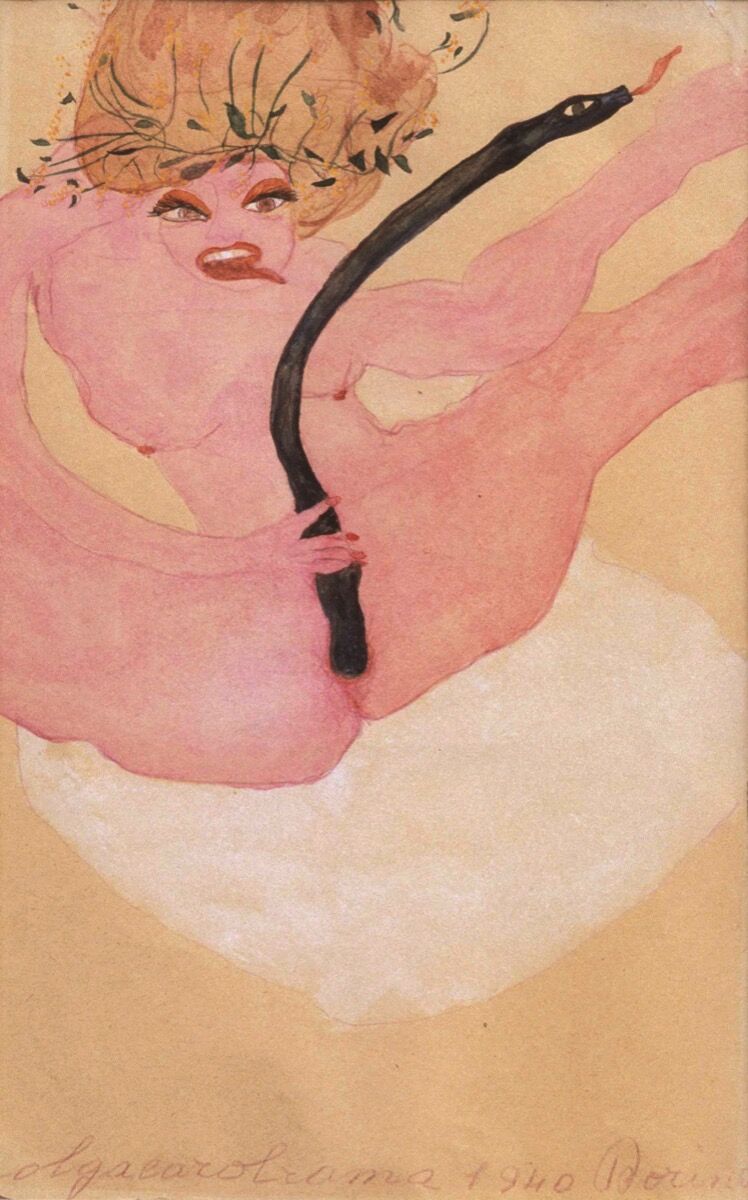 More significantly, she was able to unmask taboos around sex, pain, love, and mental health with her raw, candid work—and influence generations of both
figurative
and
abstract
artists in the process.
As the New Museum show’s wall labels explain, Rama made art in reaction to the traumas she experienced in her life. Her early childhood was a happy one, filled with pleasures afforded by her father’s successful car-part and bicycle factory. But by the age of eight, she began “to realize life was not a bed of roses,” as she said in a 1926 interview with scholar Lea Vergine. “Not because I had illusions of grandeur, but because I started to experience rejection and derision from the same circles that had showered me with privileges before.”
The derision she encountered was in response to the failure of her father’s business, which set off a series of agonies, including his suicide in 1942 and her mother’s subsequent mental breakdown. Rama spent many hours of her childhood in psychiatric clinics, either visiting her mother or receiving treatment herself.
But instead of feeling constrained or anxious in an environment where she was surrounded by people deemed abnormal by society, she felt liberated. And it was the “freedom I found in these people, with their tongues sticking out, their legs apart or crouching down,” she said, that inspired her earliest work. The experience also laid the groundwork for a lifelong practice that ruminated on the connection between the human body and mind. 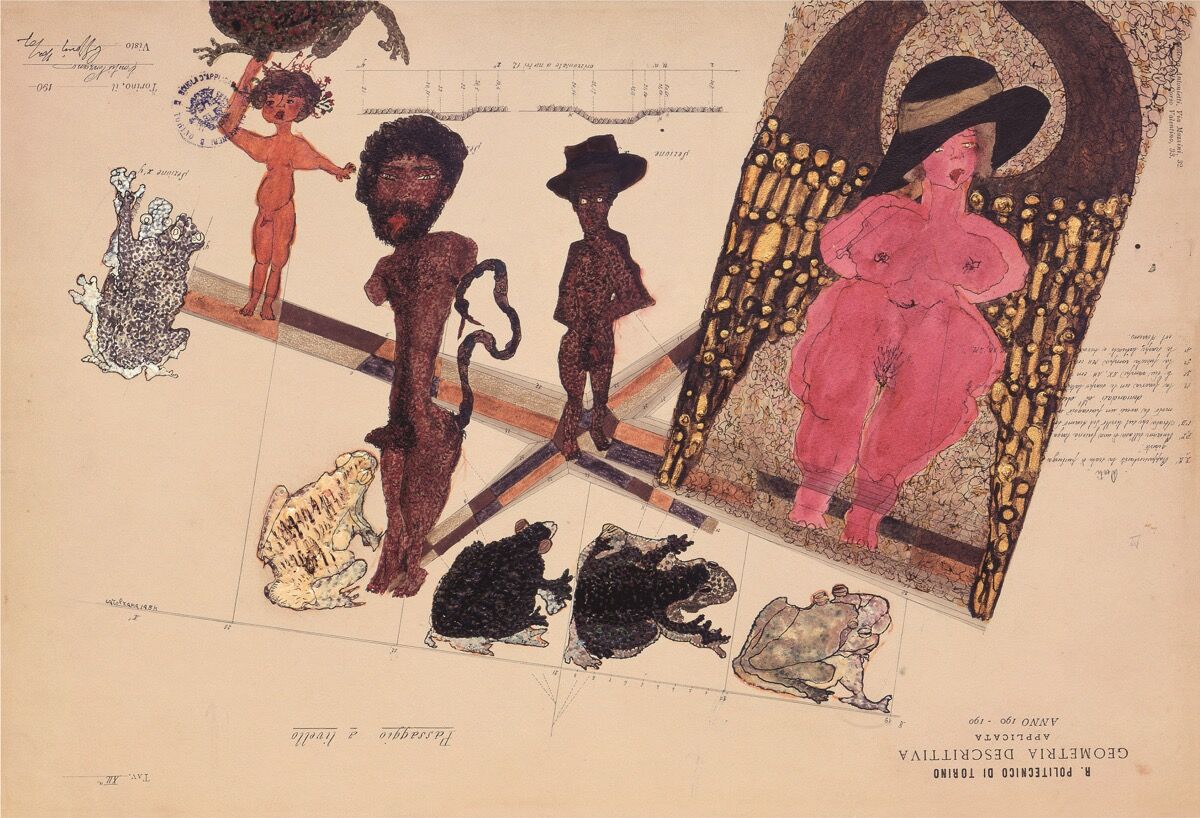 Advertisement
“Antibodies” tracks the rich arc of the career that followed, during the course of which she morphed, merged, and dismantled bodies using a host of different materials.
The show begins with her earliest and most famous pieces: small-scale, figurative watercolors that depict young women pleasing themselves and defecating or men with many phalluses, bundled together in blobs. There are also women sitting in wheelchairs or lying on beds that look more like gurneys, figures without limbs, and compositions made solely of floating body parts.
She began these works a few years before her father’s suicide, when she was coming of age in her late teens. And while she would briefly attend art school as a young woman, it ultimately wasn’t for her. Instead, she plumbed her own pains and desires, channeling them into tight watercolors.
“I didn’t have any painters as masters, the sense of sin is my master,” she once said.
But her sins didn’t sit well with many of her contemporaries. Her first show, at Turin’s Galleria Faber in 1945, was censored before it even opened its doors. And while Rama was fiercely self-reliant, she wasn’t immune to this public blow, and she moved toward abstraction soon after. Even so, the body never left her work. 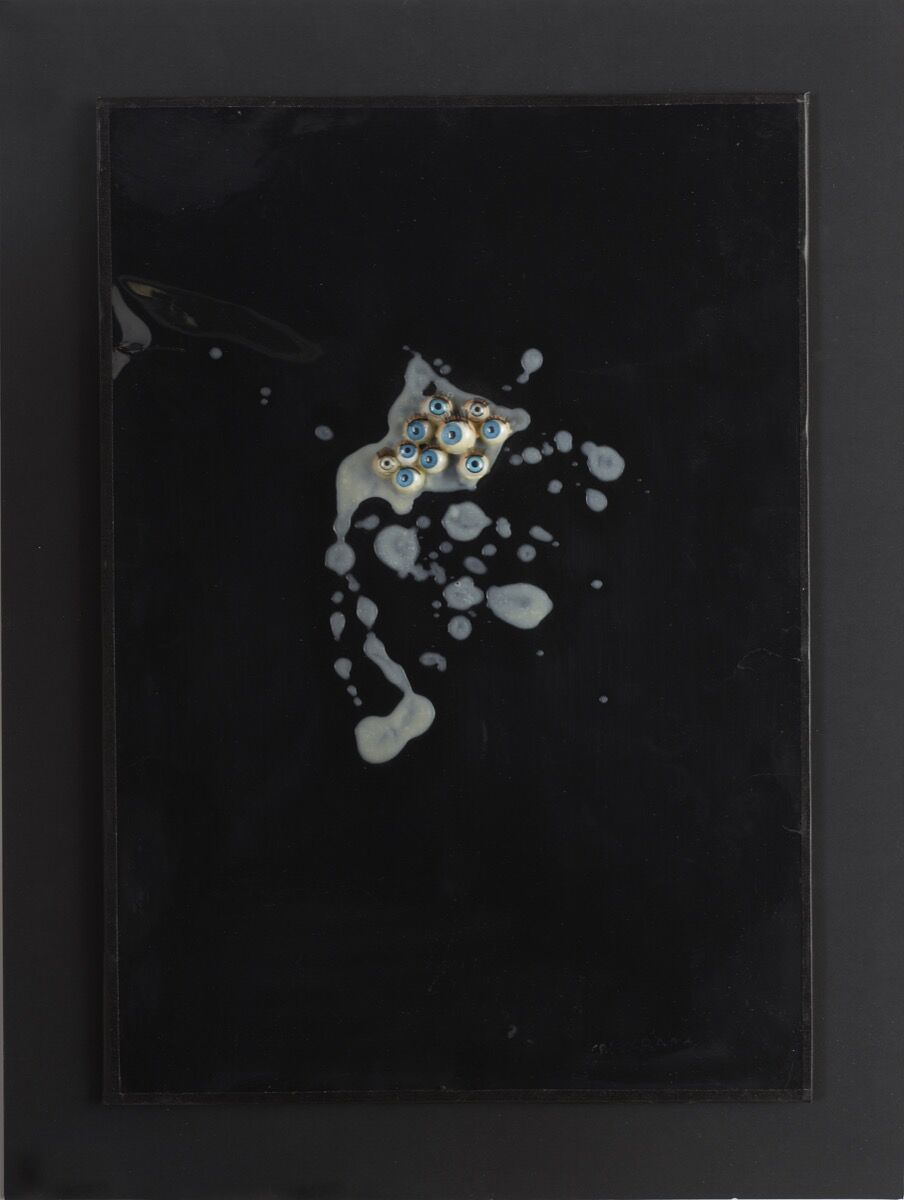 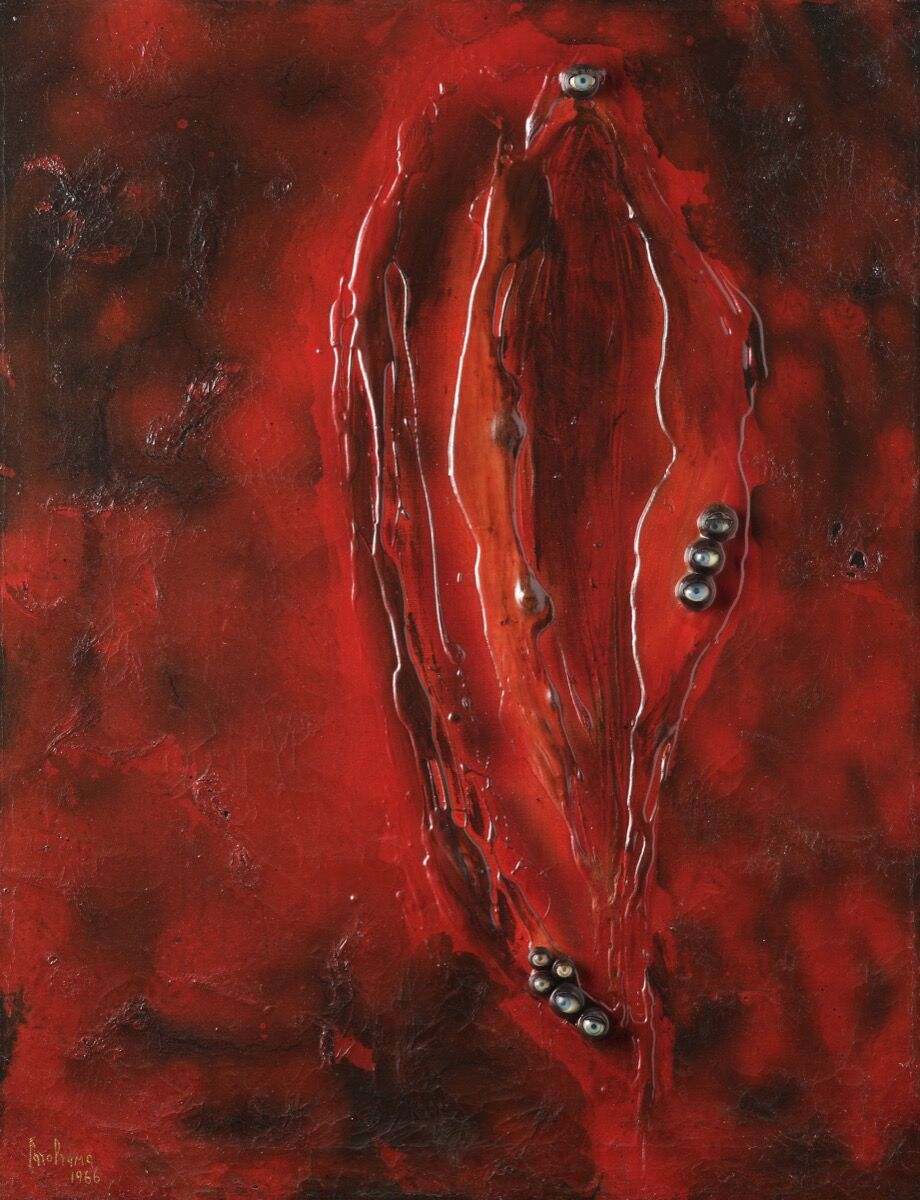 “Antibodies” takes a deep dive into each of Rama’s series that followed. The first, in the 1950s, features bodies fragmented through geometric abstraction, which was also a preoccupation for many of Rama’s Turinese peers—members of the Movimento Arte Concreta (MAC), which she briefly joined. But her canvases stood out from the rest. She applied paint thickly so that it coagulated and blistered in areas of the canvas, resembling bodily fluids and other organic matter.
In the ’60s, her forms became more representational, evolving into shapes that looked like vaginas, lesions, and menstrual ooze. Sometimes, they were decorated with found objects like bits of fur, teeth, and doll eyeballs. But rather than carnage, these “bricolage” paintings, as her friend, the poet Edoardo Sanguineti, dubbed them, resemble primordial goo. They feel vital and very much alive.
Even her paintings from the ’70s, in which she applied disassembled rubber bicycle tires (an allusion to her father’s factory), are sensuous and corporeal. Their curves, puckers, and long strands resemble body contours, nipples, and networks of arteries.
In the 1980s, ’90s, and 2000s, she returned to figuration, encouraged by a well-received show of her early watercolors, which was curated by Vergine. It set into motion a renewed interest in Rama’s work, which had previously been shown only rarely outside of Italy. 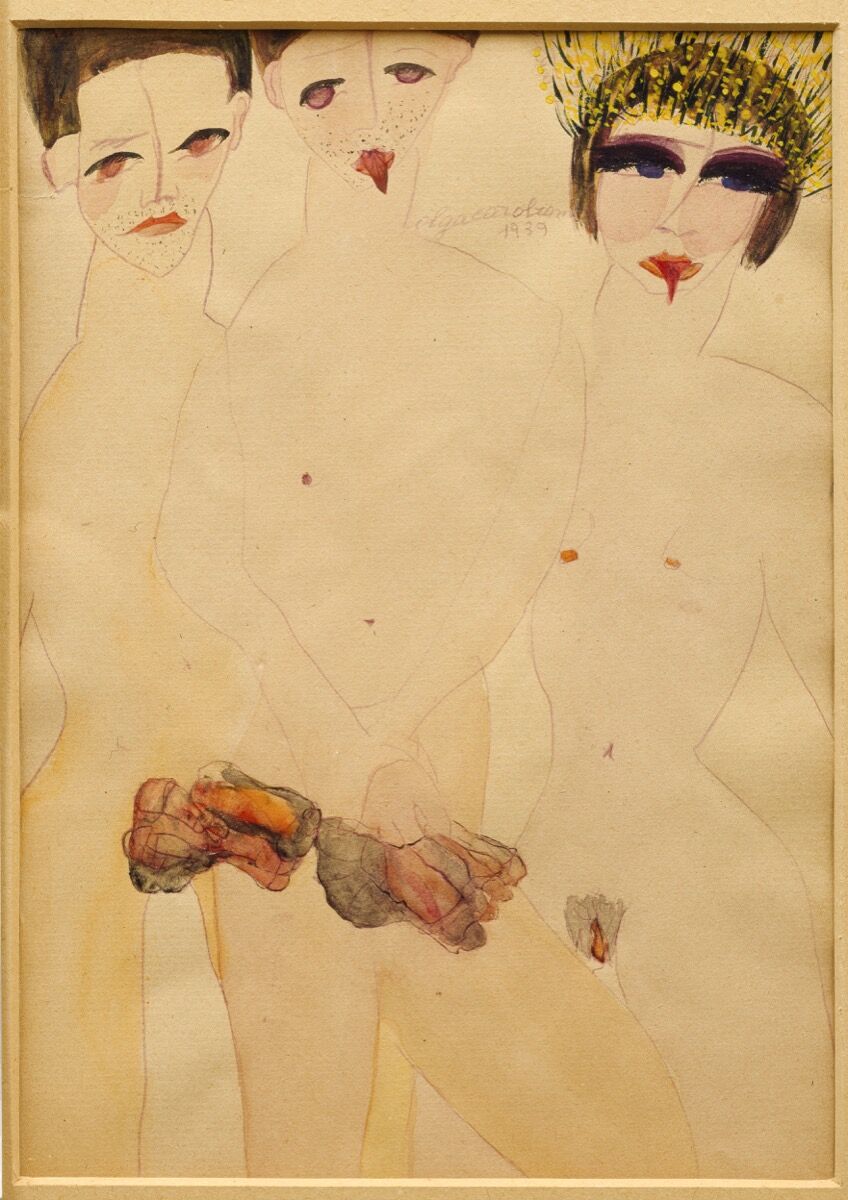 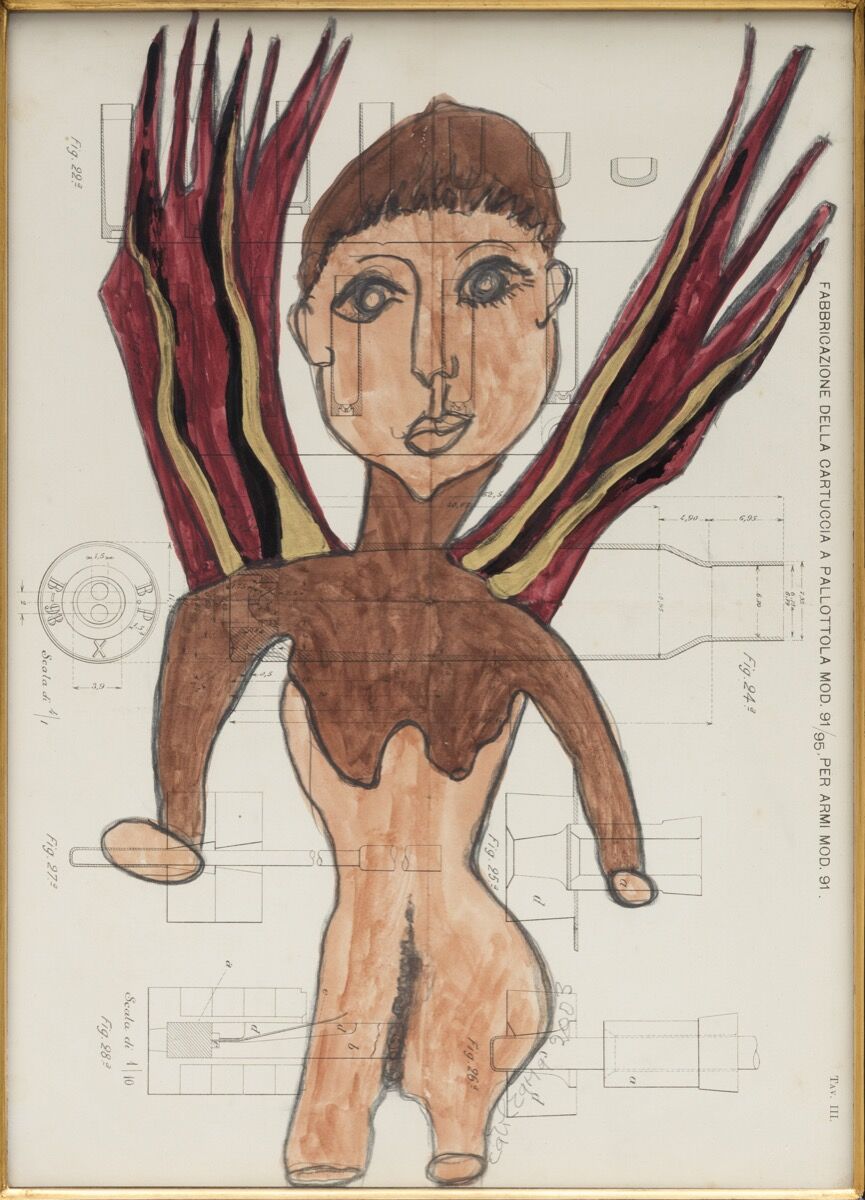 While she had a supportive community of friends and eccentric creatives in Turin (including the designer and occultist Carlo Mollino and the writer Italo Calvino), she spent much of her time in her dark studio surrounded by curiosities she had foraged on travels and in antique shops.
There, she worked prolifically, engaging in painting as a means to process life’s pain and pleasure, which accumulated in the mind and manifested in the body.
“We all have our own tropical disease within us, for which we seek a remedy,” she said. “My remedy is painting.” This potent elixir, as “Antibodies” confirms, would not only heal Rama, but also influence generations of artists—from
Eva Hesse
to
Sarah Lucas
—to come.
Alexxa Gotthardt
Related Stories