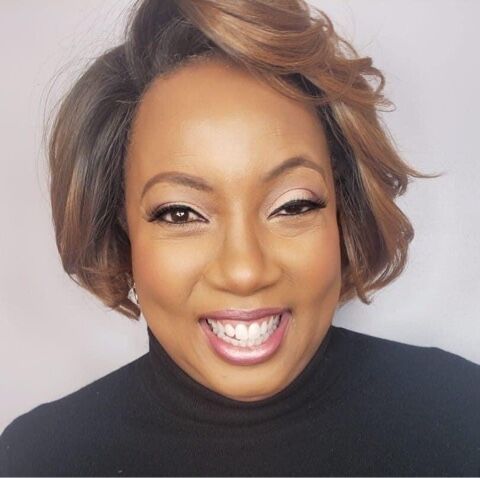 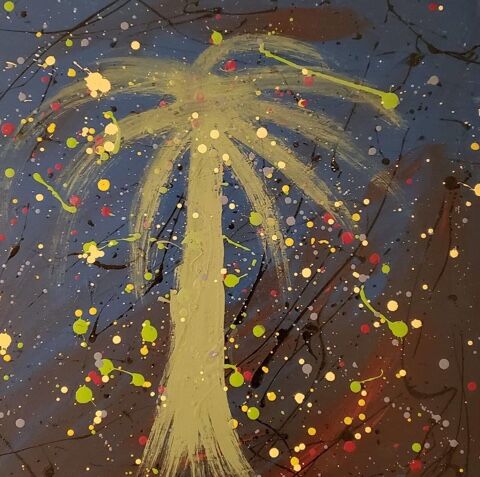 For former news anchor Carolyn Sawyer, art collecting and media work have always been linked. She bought her first piece, a mixed-media collage by Texas artist
Frank Frazier
, in the mid-1980s, while attending a convention for the National Association of Black Journalists. Frazier, who went on to make commemorative artworks for the Congressional Black Caucus, had a long-standing relationship with the association. “He has always had a sociopolitical edge to his work, which is probably what attracted me in the first place,” said Sawyer.
Over the past four decades, Sawyer has focused her collection on work by Black artists and has narrowed in on her local community. She’s lived in South Carolina on and off since 1983—with stints in New York, Boston, and Atlanta—and embraces the Charleston art scene. “South Carolina has incredible African American artists that don’t get their due,” said Sawyer. “My mission became to collect and honor those who have done great work.”
Sawyer began her career as a network correspondent and anchor for outlets including ABC News, Lifetime, and WIS-TV (an NBC affiliate). She helped found Boston’s chapter of the National Coalition of 100 Black Women—a nonprofit that advocates for women of color—and served as a board member for the National Association of Black Journalists. In 1996, Sawyer founded the Tom Sawyer Company, her own marketing and communications firm which she runs out of Charleston, where she now lives. 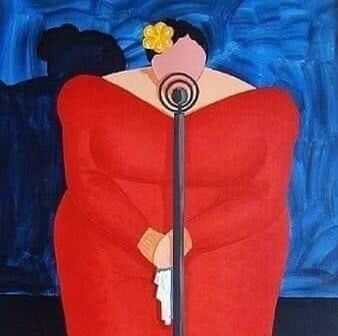 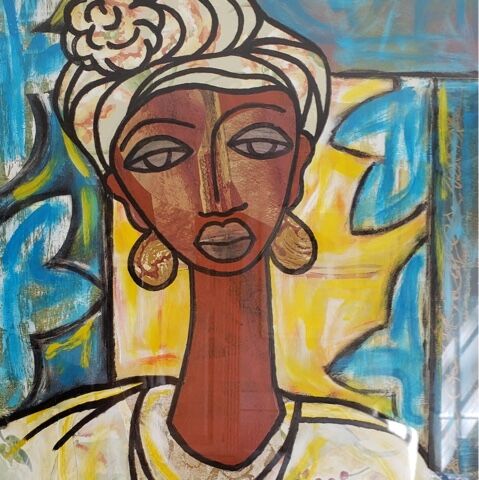 Over the decades, Sawyer has developed instructive friendships with artists and gallerists who help shape her collection. Artist
Leo Twiggs
, a former professor of art at South Carolina State University, became so close with her that he gifted her a pink collage featuring two champagne glasses for her wedding. While she was living in New York, Sawyer met
Merton Simpson
, a Charleston-born artist who eventually moved to the city, joined the
Spiral Group
, and set up a gallery that specialized in African art. Eugene Foney, a Houston gallerist, was “always on the hunt” for Sawyer, telling her which artists and events she should look out for.
Sawyer has been proactive about building her collection. She’s sourced works from thrift shops, including a poster by
Harlem Renaissance
artist
Lois Mailou Jones
, which remains a prized piece in her collection. Sawyer still dreams of amplifying her holdings with paintings by South Carolina–based artist William Johnson and famed abstractionist
Alma Thomas
—fantasy purchases from singular, influential figures.
As a communications professional, Sawyer has also been able to bring artists into media-related projects. In the late 1990s, she wanted to raise money for the American Heart Association and awareness about heart disease among women of color. Sawyer got in touch with artist
Jonathan Green
, who created a limited-edition silk scarf featuring a bright, blocky depiction of blues singer Bessie Mae. Sawyer donated proceeds to the association. “It had an amazing impact,” she said, noting that she admires Green’s practice, which captures South Carolina’s “low country” and the “spirit of the African American community.”
Even when Sawyer looks for art outside of the South, she’s drawn to its artists. For years, she attended the National Black Fine Art Show during her annual trek to New York. Founded in 1997 by Josh Wainwright, the show (which ran for 12 years) was recalled by Sawyer as a “preeminent gathering of galleries and artists from around the country.” There, Sawyer discovered and began purchasing the paintings of South Carolina–based painter and illustrator April Harrison, among other artists. 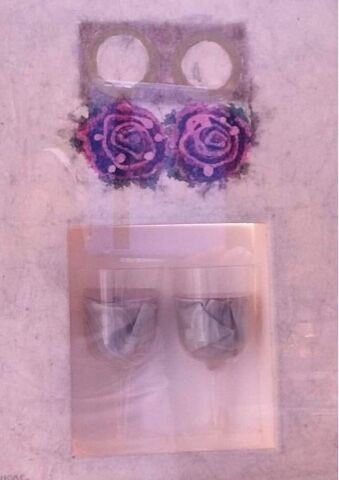 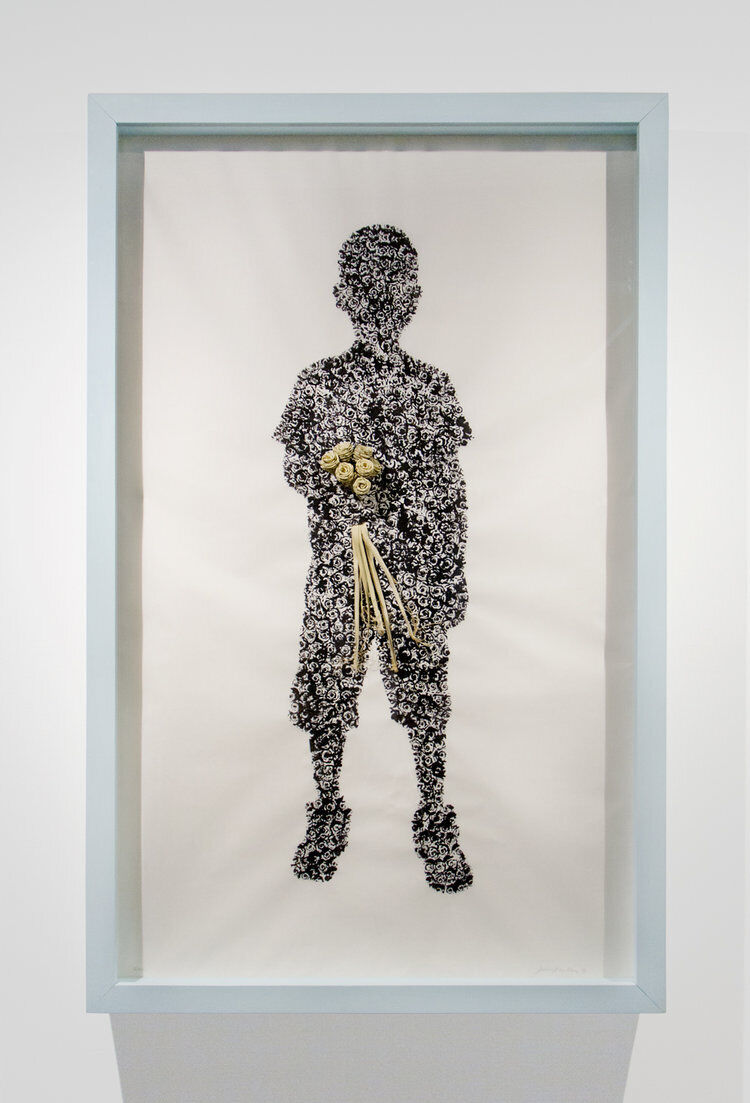 Advertisement
Harrison is now represented by Meisha Johnson, a Charleston gallerist. Over the past couple of years, Sawyer has developed a relationship with Johnson and has purchased works by a number of her gallery’s artists, including
Tyrone Geter
, James Denmark, and ceramicist couple Rosa and Winton Eugene. “You don’t see a lot of African American artists in the potter space,” Sawyer said. She once hired the Eugenes to create an “Entrepreneur Award of the Year” for a bank client.
Sawyer has also discovered artists through Spoleto, Charleston’s major annual arts festival. At a recent edition, she was moved by the work of
Fletcher Williams III
, a local artist who studied at Cooper Union and moved South again to explore how his community had changed in the interim. “He caught the sense of what was happening with gentrification,” Sawyer said.
In the former Zion Olivet Presbyterian Church, Williams mounted a series of works that featured cut-out elements of older Charleston homes slated for demolition. “I was blown away that he’d taken elements of things being destroyed and created art,” said Sawyer. From a later group show at City Gallery at Waterfront Park, she purchased Hatch (2017), an acrylic-on-rice-paper painting with a haint blue frame, featuring a boy holding hand-woven palmetto roses.
Storytelling and personal relationships have always been integral to Sawyer’s professional life, so it’s fitting that she’s drawn to artists who offer unique, narrative visions of the African American experience. “It seems to me that the role of a journalist is documenting history,” she said. “There are some parallels between that and what artists do, capturing the moment, whatever that moment might be.”
Alina Cohen
Correction: A previous version of this article misspelled Eugene Foney’s last name. The text has been updated.
Related Stories

Inside My Collection: Pete Scantland