The Cartoonist Who Turned Democrats into Donkeys and Republicans into Elephants 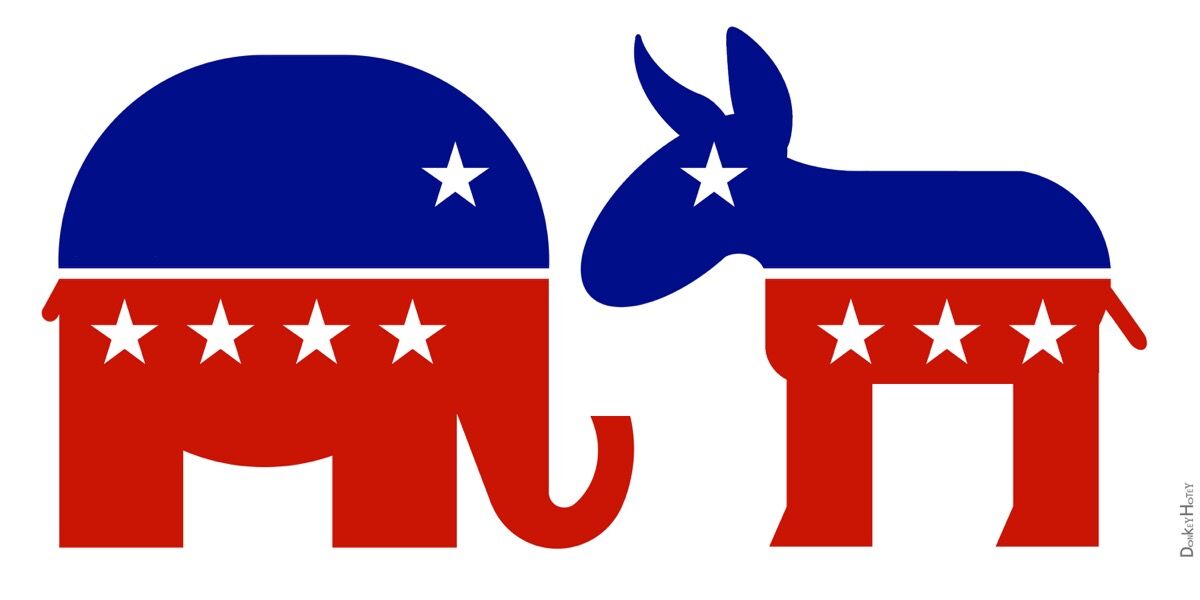 As millions of Americans get ready to vote in the November midterms, illustrations of donkeys and elephants are bound to show up in political cartoons, campaign buttons, Internet memes, and some truly alarming fashion choices. How could it be otherwise? The two beasts—the former representing the Democratic Party; the latter, the GOP—are mainstays of America’s visual culture, as recognizable as Santa Claus or Uncle Sam. Yet most Americans would be surprised to learn that both political symbols (as well as Santa Claus and Uncle Sam) were popularized, and given their modern forms, by the same maverick cartoonist.
His name was
Thomas Nast
, and over the course of his tenure at Harper’s Weekly,from 1862 to 1886, he became America’s first great political cartoonist—and one of its harshest satirists. In the intricately detailed wood engravings for which he’s best remembered, he tackled the Civil War, the follies of Reconstruction, immigration, and—most famously—the Tammany Hall political machine. Some have suggested that the word “nasty” derives from the artist’s surname, and while this is almost certainly not true, one glance at his cartoons might convince you that it is. 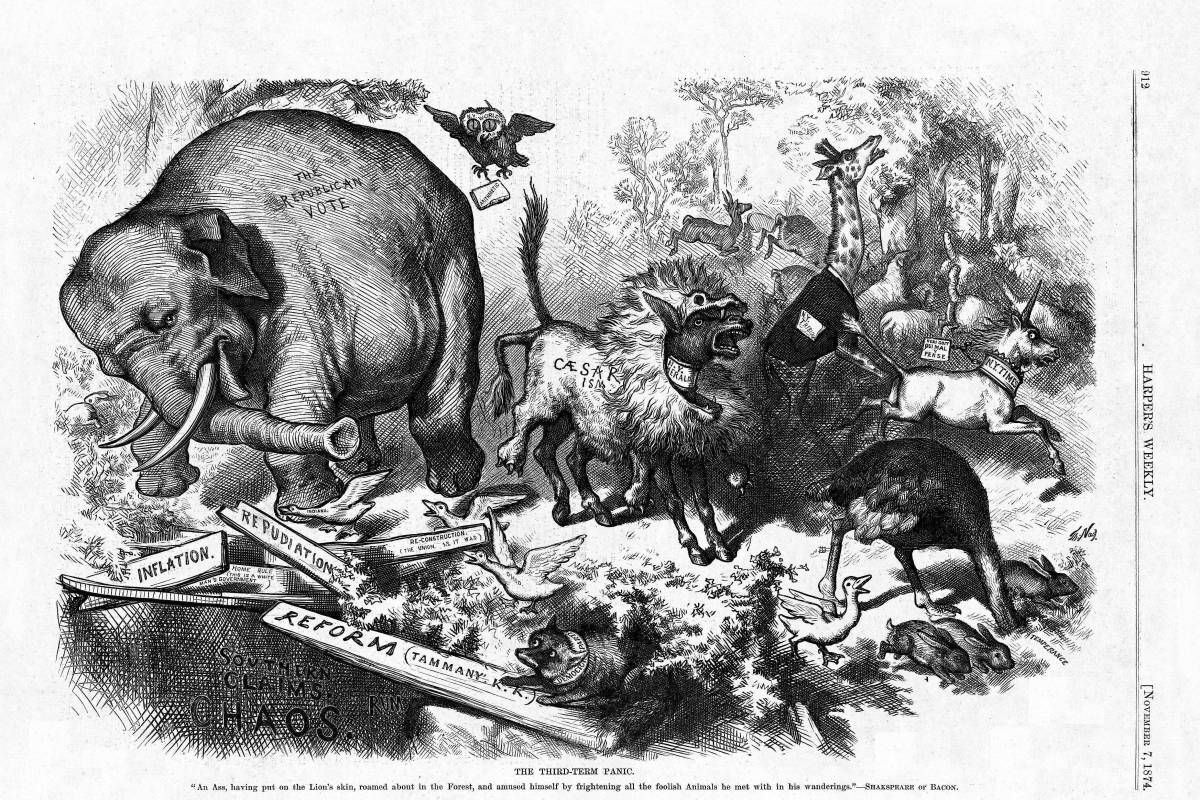 Historians have asserted that Nast, who grew up in New York City in the 1840s and ’50s, was ferociously bullied as a child. Indeed, the two themes that run through his career are his sneering disdain for bullies of all shapes and sizes, and his compassion for their victims. At Harper’s, he moved back and forth between these two poles. In one famous cartoon, “Worse Than Slavery” (1874), a defenseless black family cowers before a grinning Klansman; in another—a blistering parody of the KKK’s alliance with New York’s political machine, captioned “They Are Swallowing Each Other”—there are no victims, only two bloated, bug-eyed men depicted as ouroboroi.
Nowadays, “editorial cartoons” might bring to mind spare, deliberately simplistic images—the kind you can process in half a second while reading the news. By contrast, Nast’s dense, meticulously labeled cartoons were news: not just images but arguments, meant to be analyzed and discussed point-by-point.
Take “Third Term Panic,” the 1874 cartoon often credited with popularizing the elephant as a symbol for the Republican Party. In the months leading up to the midterms, the New York Herald, at the time backing several Democratic candidates, had spread the rumor that President Ulysses Grant, a Republican, was contemplating running for a third term in 1876—not illegal in the days before the 22nd Amendment, but definitely frowned upon. Nast, a proud supporter of the Party of Lincoln, drew the Herald as a donkey wrapped in a lion’s skin, frightening the other animals with wild stories of a Grant dictatorship. Among these animals are an enormous, oafish elephant labeled “the Republican Vote,” which looks as though it’s about to tumble off a cliff. 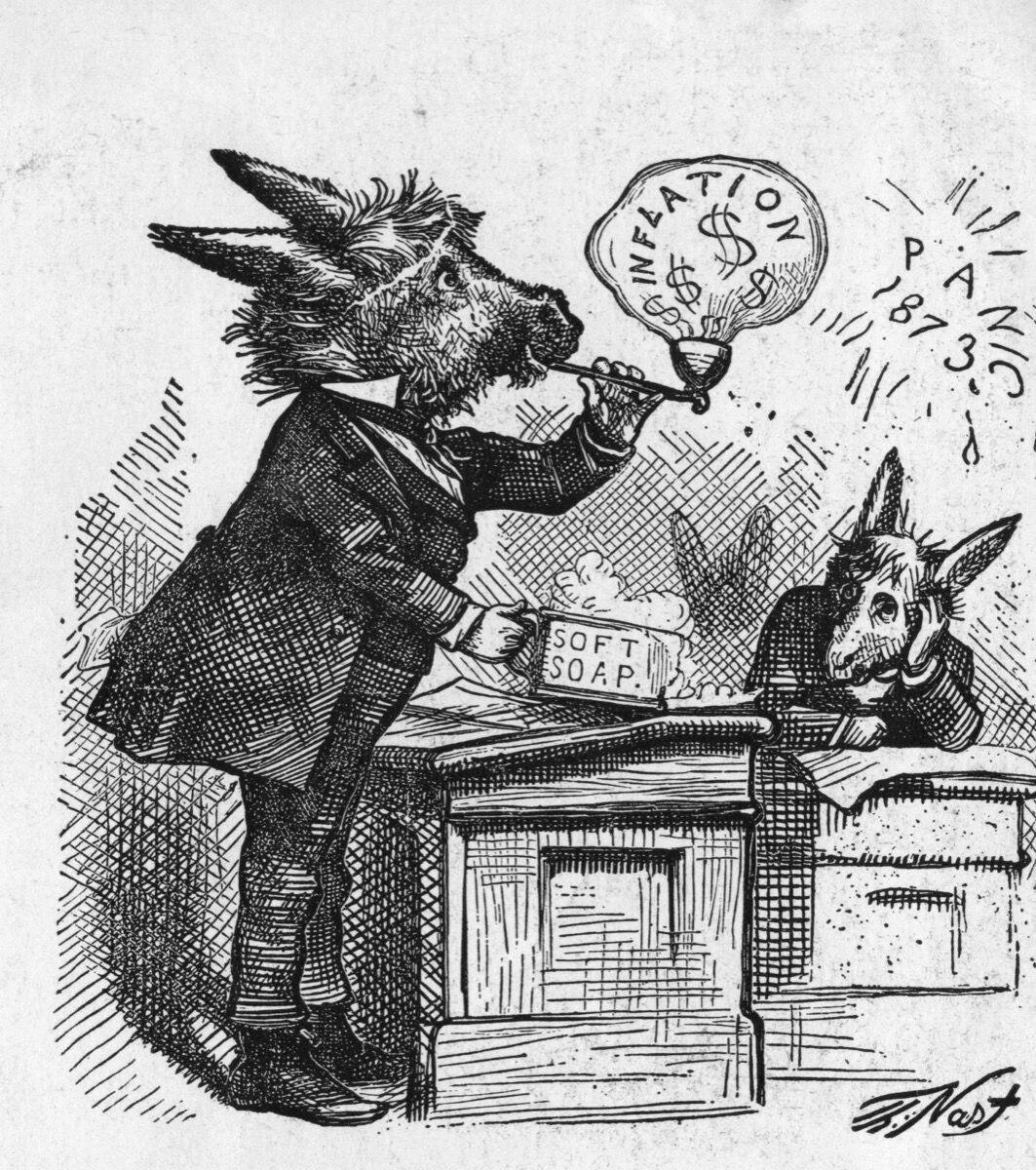 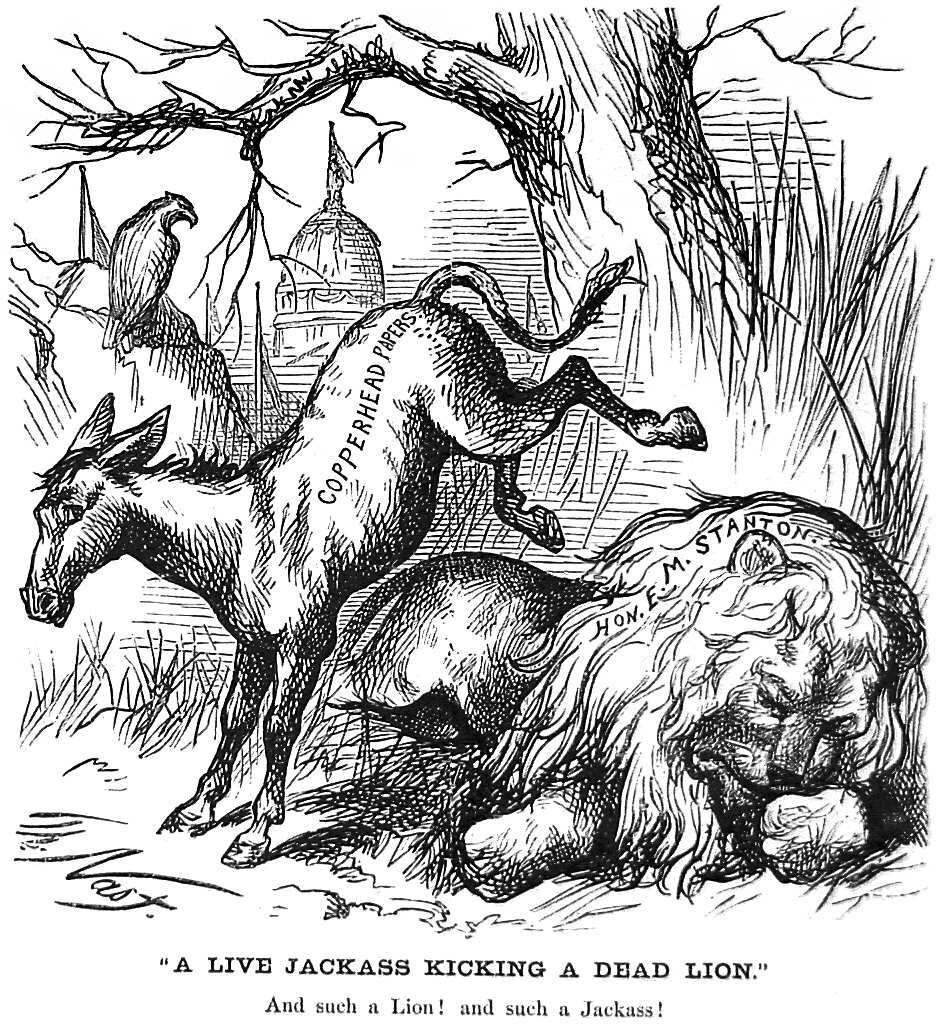 Advertisement
Nast was hardly the first humorist to compare humans to animals—the story of the donkey in the lion’s skin goes back all the way to Aesop. He wasn’t even the first artist to compare Republicans to pachyderms: At least a decade earlier, advertisements had promoted the GOP with the slogan “see the elephant,” an obscure bit of Civil War slang that roughly translates to “fight bravely.” And while Nast depicted the Democratic Party as a donkey many times (though in “Third Term Panic” it actually takes the shape of a fox), the two had been linked since the days of the Jackson administration half a century ago.
But it was Nast’s insight to present American politics as one big, messy menagerie—a circus, much like the one Barnum & Bailey had debuted in New York three years earlier. Like the best satirists, he ridiculed his own side almost as gleefully as he did his opponents’—and so, he reimagined the GOP as a weak, panicky creature that was constantly lumbering off in the wrong direction, its size more of a liability than an asset. Nast’s donkeys fare no better; a typical cartoon from 1879 shows the stubborn beast dangling by the tail, about to fall into an abyss of “financial chaos.” More often than not, in fact, his cartoons depict elephants and donkeys only a hair’s breadth away from chaos—a pretty fair assessment of Republican and Democratic leadership during the Gilded Age. 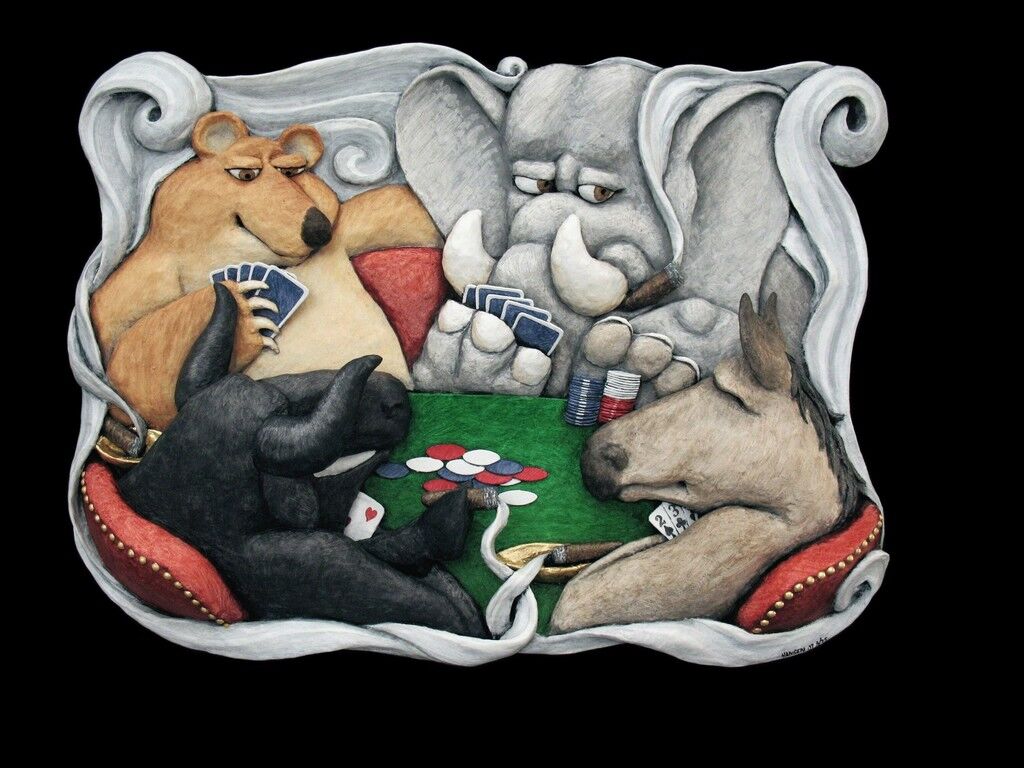 Stephen Hansen
Powers that Be
Zenith Gallery
In the 1880s, Nast was the most feared artist in the country, the sworn enemy of crooks and swindlers on the Right and the Left alike. Then, in a Nast-y twist of fate worthy of his cartoons, he lost all his money in a Ponzi scheme, the kind of sleazy operation he’d spent his entire career cautioning against. In 1890, he tried to rebuild his fortune by publishing a book of Christmas illustrations. By that point, however, he seems to have lost some of the creative momentum he’d gained at Harper’s, and he spent the last decade of his life in poor health, painfully aware that his best work was long behind him.
But the elephant and the donkey live on in political pageantry, thanks to Nast’s ingenuity. To date, the elephant remains the official symbol of the Republican Party, and although the Democrats have yet to declare their own, you wouldn’t need to walk more than a couple paces at one of their rallies before spotting a donkey. It’s a little weird that both of the major American political parties have embraced their mascots so enthusiastically, considering how poorly the two animals come across in Nast’s original cartoons: how stupid, how pliable, how easily confused. Maybe neither party bothered to check before stocking up on pins and tote bags. Or maybe they knew about Nast’s mockery and decided that the appropriate response was to join in mocking themselves.
Jackson Arn
Related Stories