Charged with language and full of music,
Caterina Silva
’s paintings are ebullient declarations of passion and rebellion. Deeply layered with acrylics, spray paint, oils, and inks alike, Silva’s works are made from massive gestures and contrasting colors, thin and thick with meaning. They resist any focal point or center, leading the eye to wander. These canvases, several of which have holes burnt into them, are rich in dimension and texture, and are often painted both sides, rolled, wrinkled, and re-stretched. A selection of Silva’s new paintings are now on view in “tbc (august)” at Bosse & Baum in London. 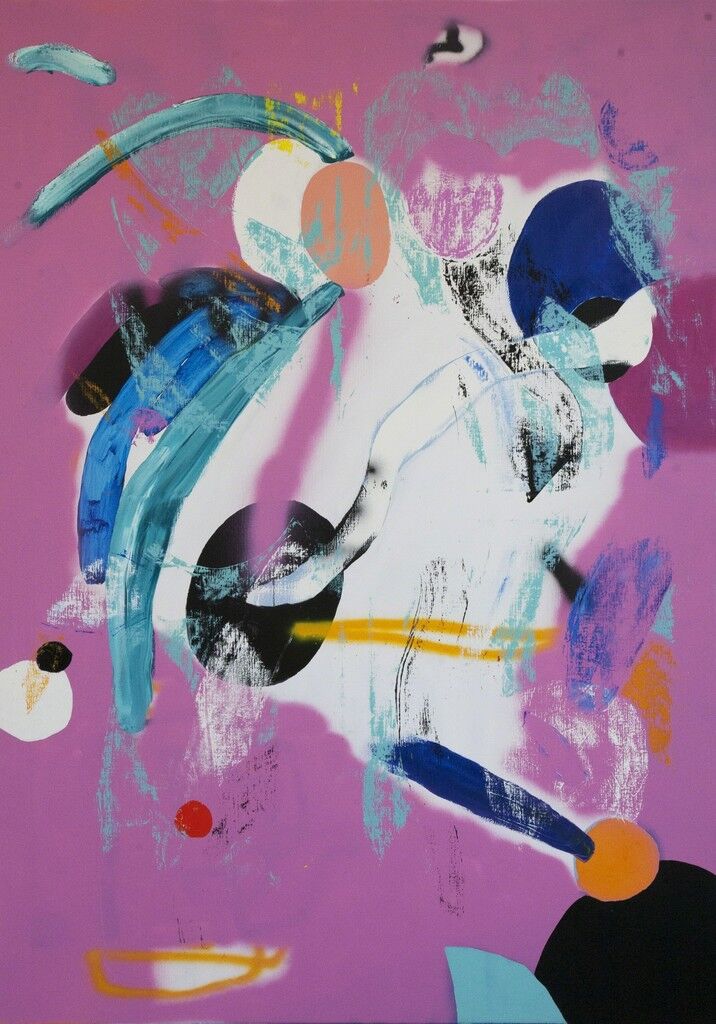 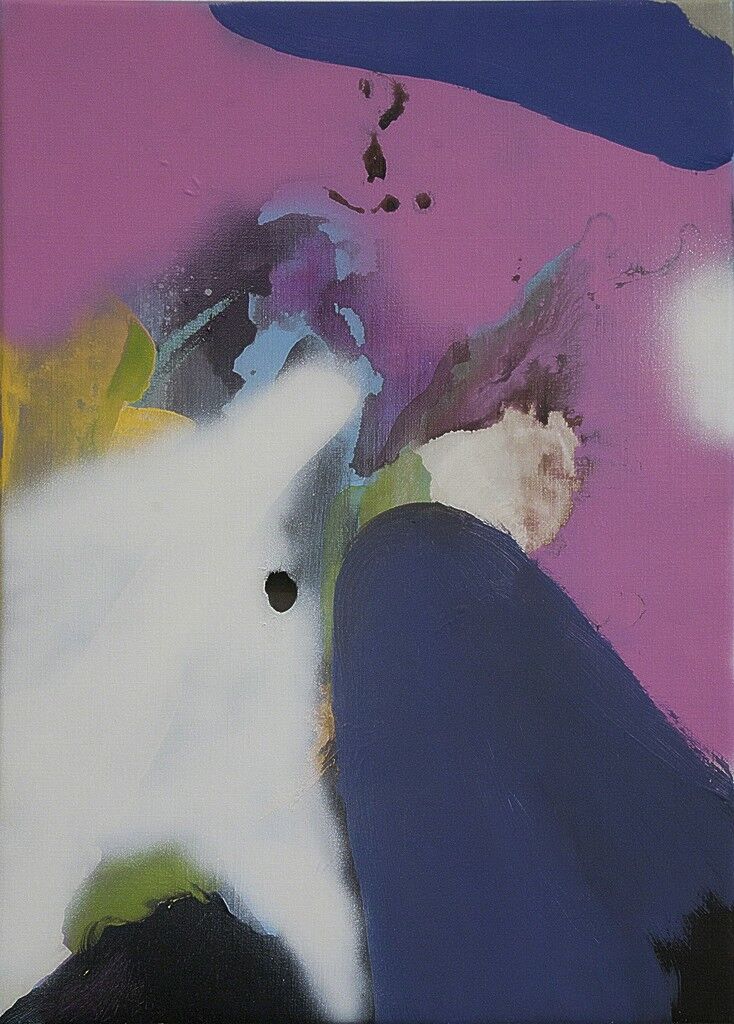 Caterina Silva
Untitled, 2015
Bosse & Baum
Although the works on view linger within is in the same color palette, each piece has a distinct emotive quotient. Untitled (2015), for example, with its uncanny sense of perspective, evokes a kind of human supernova, a flurry of feeling, a sense of the sublime, like looking down a cliff over the edge of a sea. White space leaks out from the center to the sides, so that it appears as though something is forming while something else is being erased. In contrast, The Fight (2015) contains that white space within a flat pink surround. Playful, imperfect circles float in space, and amid streaks of color, like comet tails that emanate without origin. The title and the way the oils are smeared across the surface evoke a sense of oppositions at play. 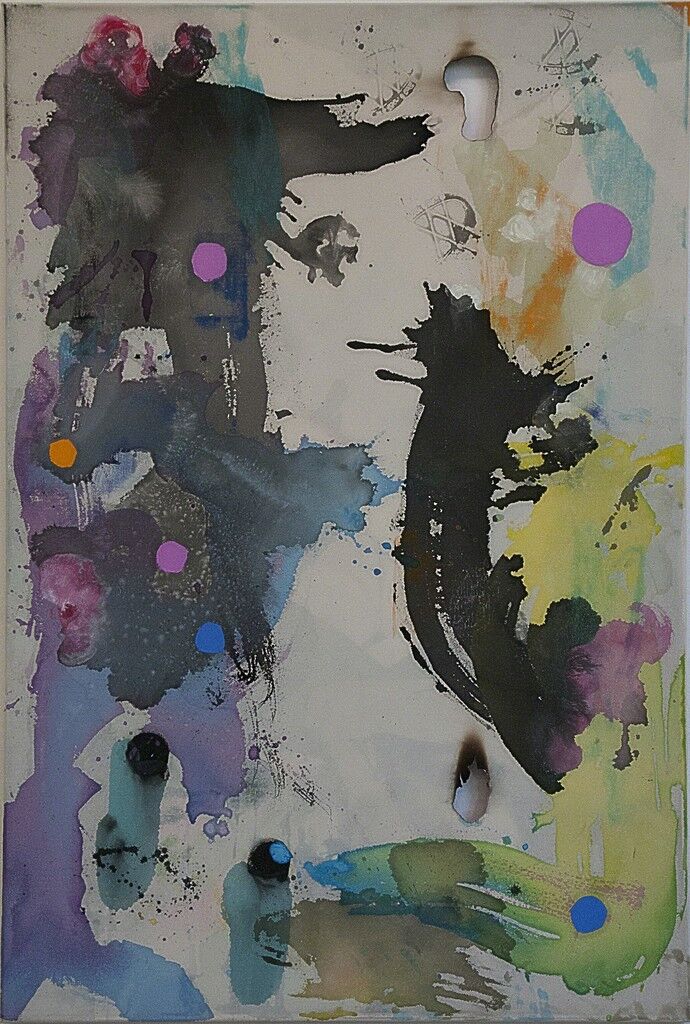 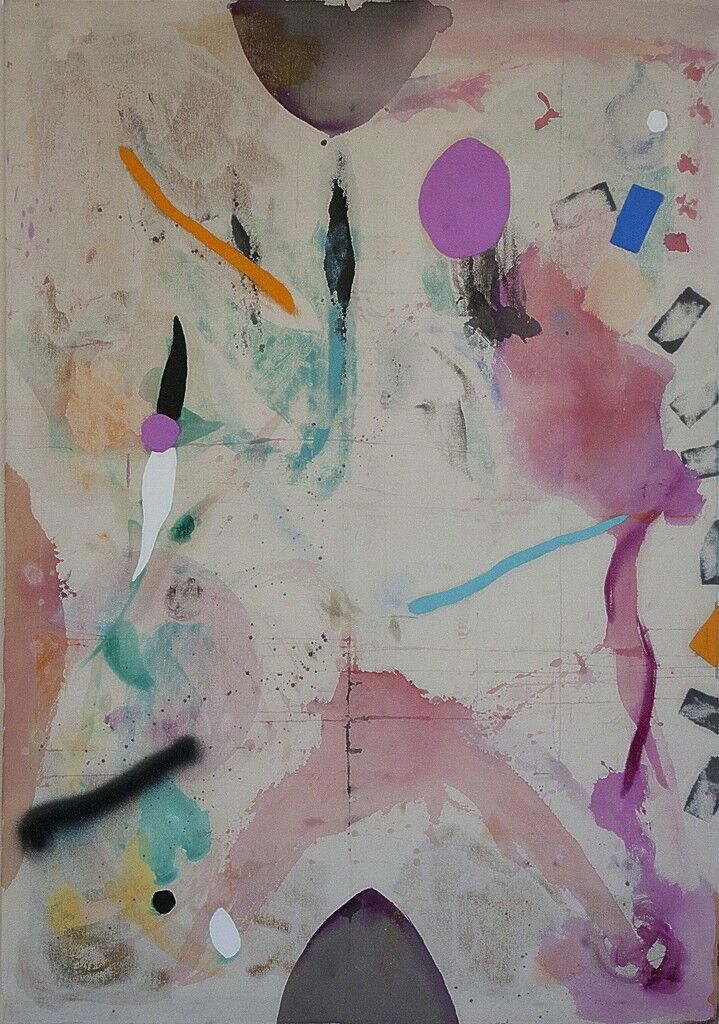 Caterina Silva
Pum-Pum-Pum or My Own Private Disgregation, 2015
Bosse & Baum
Advertisement
Silva’s works are inspired by her research into seminal female figures such as
Helen Frankenthaler
,
Agnes Martin
,
Georgia O’Keefe
, and
Carol Rama
. The strange happy-sad duality within the works, combined with unusual shapes and the absence overt references is also evocative of
Yayoi Kusama
and
Louise Bourgeois
. And while they reference art-historical figures and movements, Silva has explained “the signs that I paint on the canvas don’t have a ‘meaning,’ they cannot be related to specific objects, they are simple ‘signifiers.’” Pum-Pum-Pum or My Own Private Disgregation (2015), is one such work in which the conical shapes at the ends of the canvas might be read with sexual undertones, but the middle, with its floating shapes, splashes of paint, and lost lines, attests to that rich, mysterious, private narrative runs through the whole body of work. 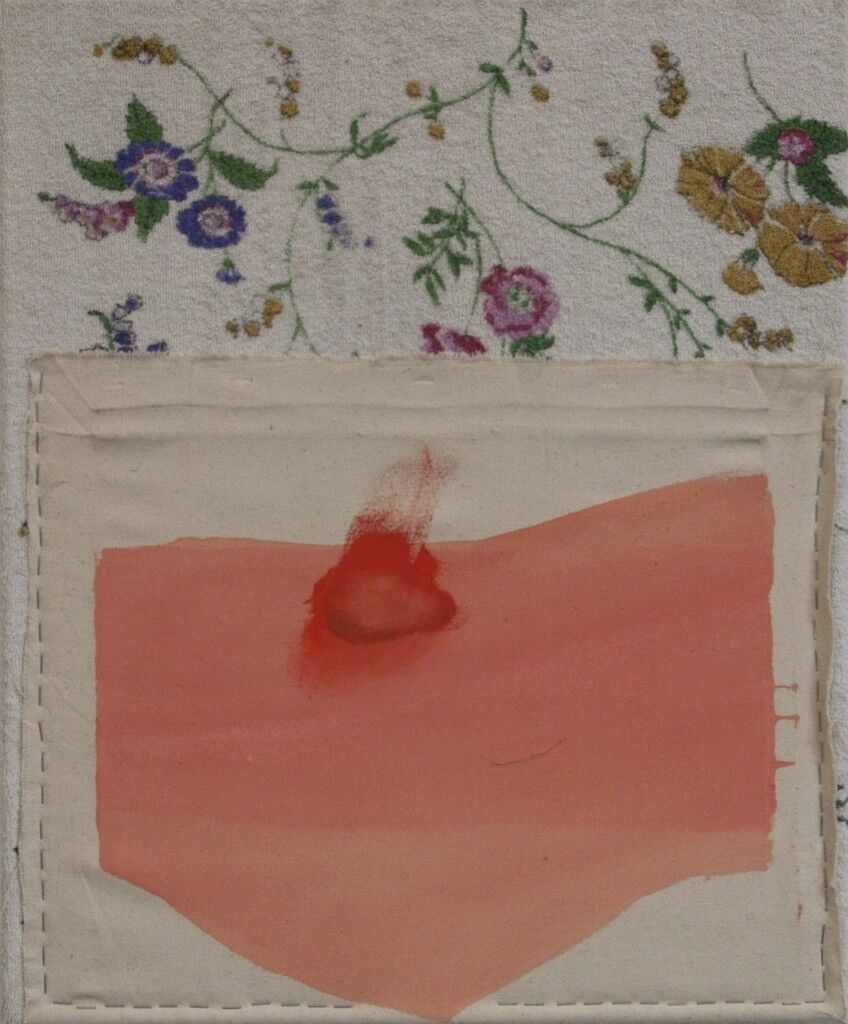 Caterina Silva
Not Yet Titled (The Servant), 2014
Bosse & Baum 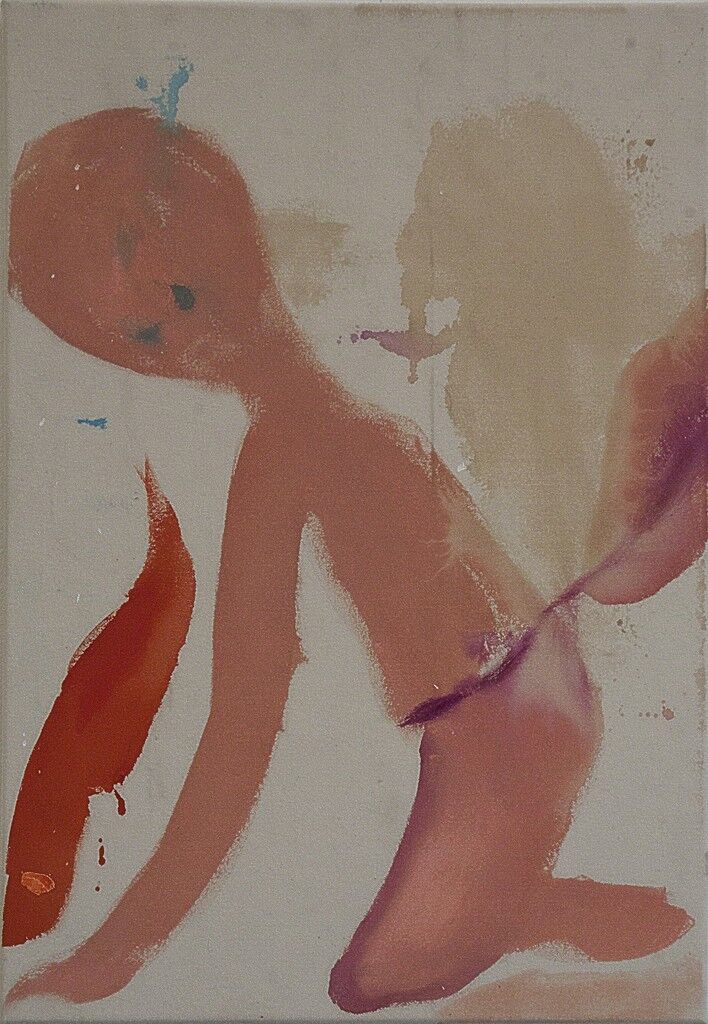 Caterina Silva
Untitled, 2015
Bosse & Baum
One sole piece, Not Yet Titled (The Servant) (2014), hangs separated from the rest: this is where the energy, the angst, the speed of the larger canvases slows down, comes to rest. A canvas is stretched with a towel, patterned with flowers, then stapled with a piece of canvas painted on which there is a section of paint in peach, and a red blotch. Here is where both her feminine and cosmic sensibilities accumulate.