Why Ceramic Artists Are So Good at Dealing with Failure 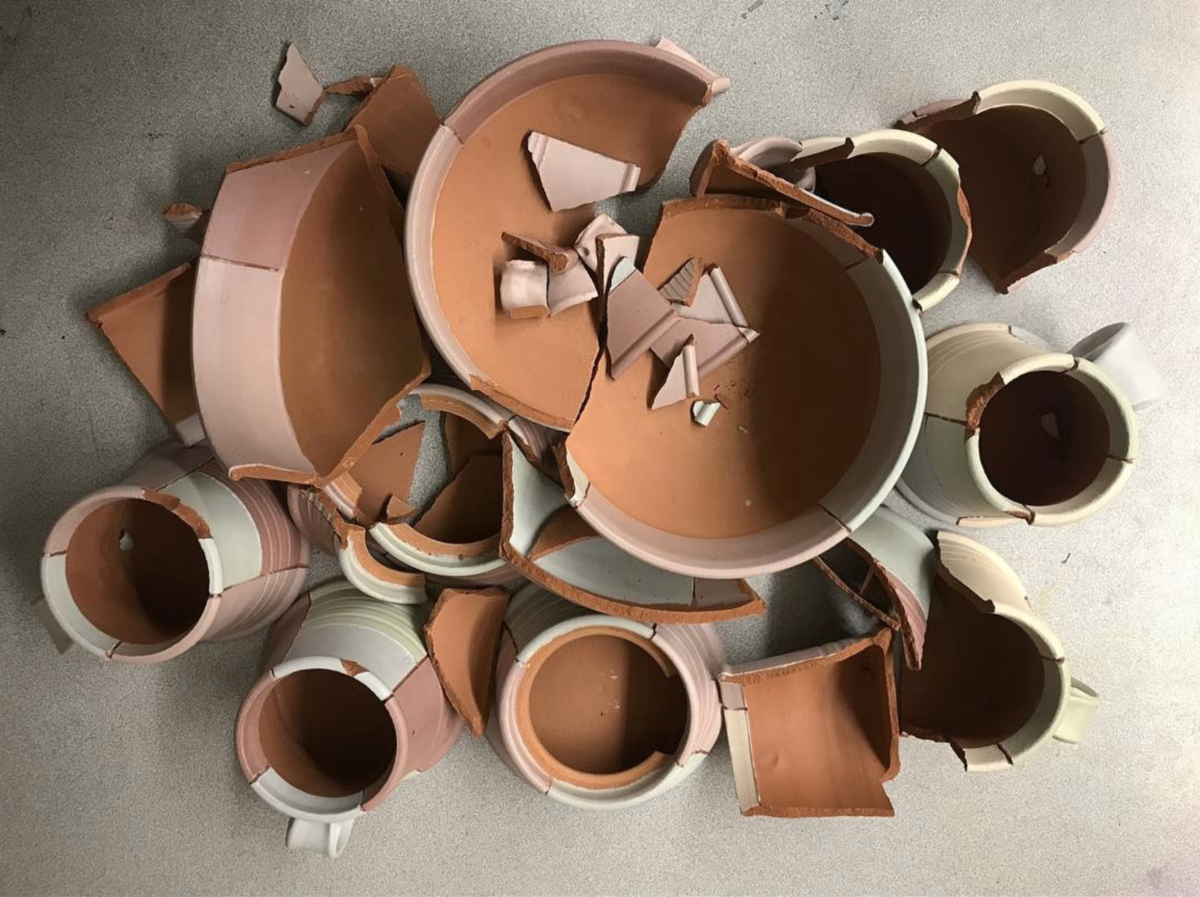 How do artists bounce back when disaster strikes?
In mid-November,
Jennie Jieun Lee
was moving a life-size ceramic sculpture of a woman out of her studio. The piece, which had taken her a few months to create, was about to be photographed, ahead of its debut at a Miami art fair just weeks later. But Lee’s dolly hit a bump, and the ceramic figure toppled to the floor. It was shattered irreparably.
Lee took a photograph of the broken pieces, posted it to Instagram (with an expletive), and tagged Ceramic Casualties—an account dedicated to such disasters, run by fellow artist
Taylor Robenalt
. Its feed is riddled with images of ceramics gone awry, from glazing mishaps and cracked pots to dramatic kiln explosions—typical incidents that will be all-too-familiar to those who have spent time working with clay. 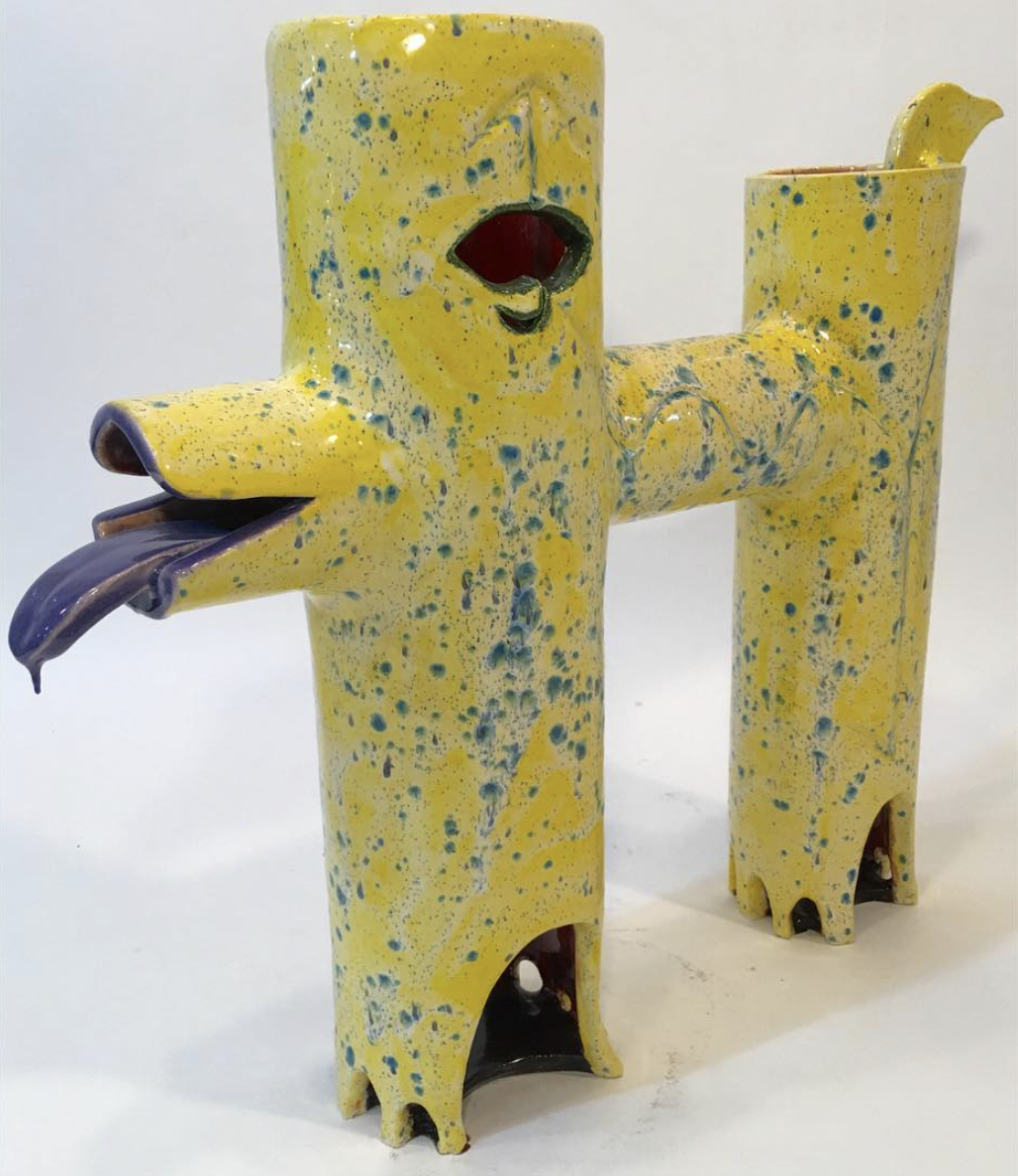 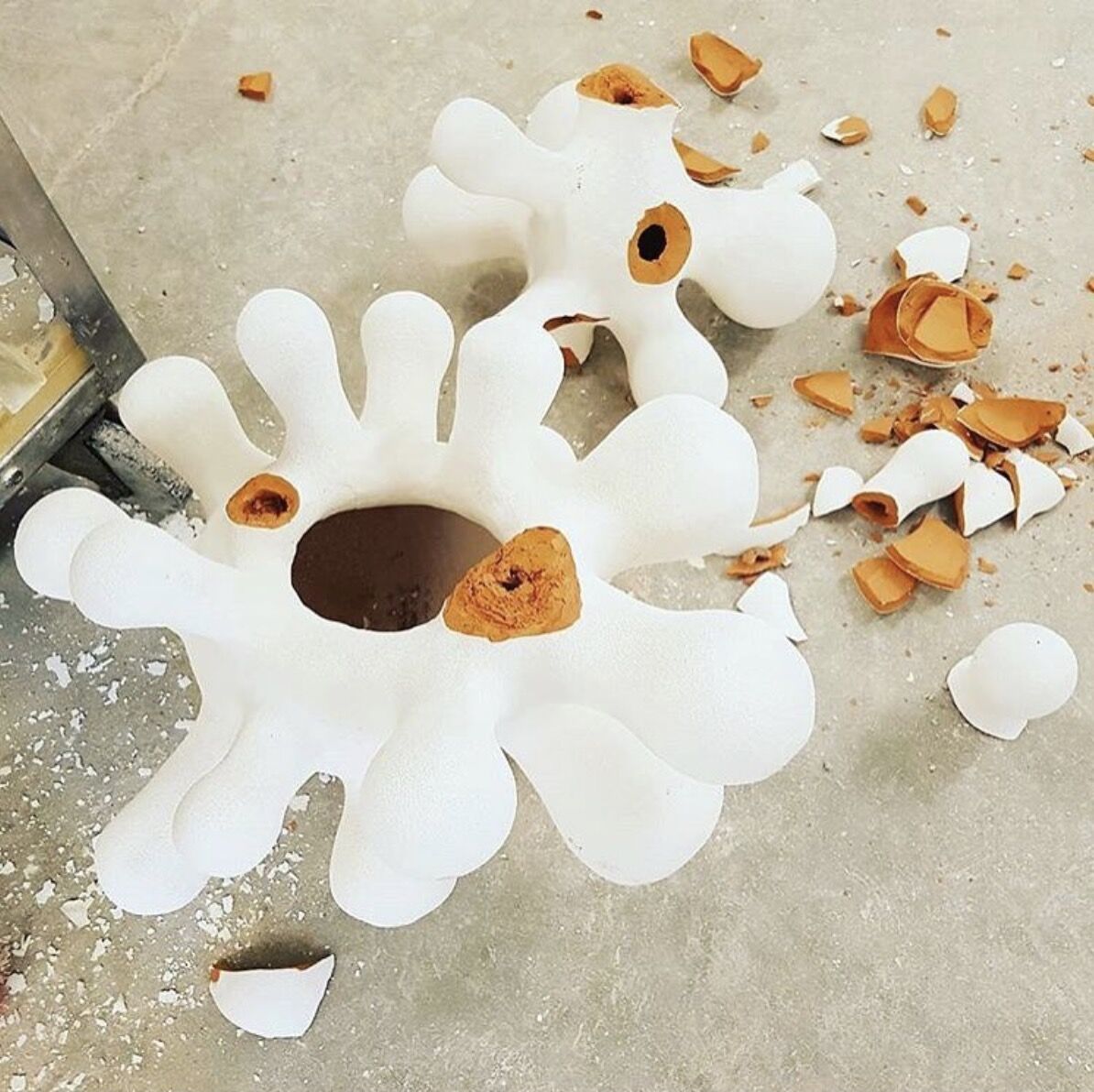 The images speak to the volatile nature of the medium, and the myriad mishaps that can occur during its processes, from wheel-throwing to glazing and firing. Anyone working with ceramics requires a wealth of knowledge, patience, and painstaking skills, but also the ability to cope with failure—using it to grow as artists.
“I would tell students about issues that happen in clay, and some would listen to me, but a lot of them really wouldn’t understand until they experienced it,” Robenalt says, explaining how she launched Ceramic Casualties while teaching as an adjunct professor of ceramics at Auburn University in Alabama. Her Instagram posts allowed her to illustrate the cautionary tales she described to beginner students, but were also a way to inspire and show encouragement—proof that even skilled artists run into trouble.
What exactly makes clay so volatile? Issues can arise at the earliest stages, from the moistness of the material to the way it’s kneaded and stored. If clay is too wet or too dry, it can collapse or crumble; if its parts are improperly attached, it can break; if it’s not “bone dry” when it’s fired, the piece may crack or explode in the kiln. 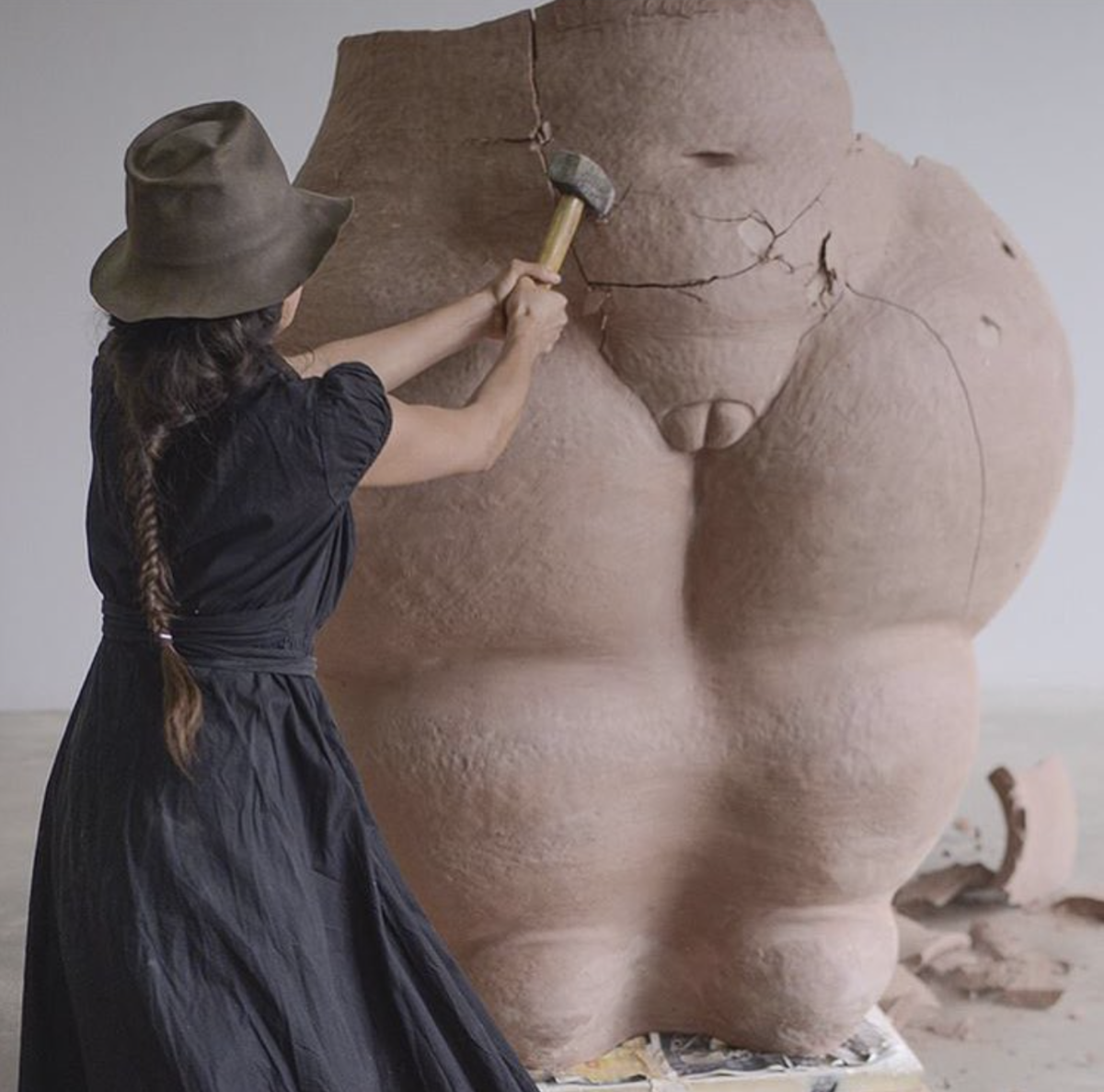 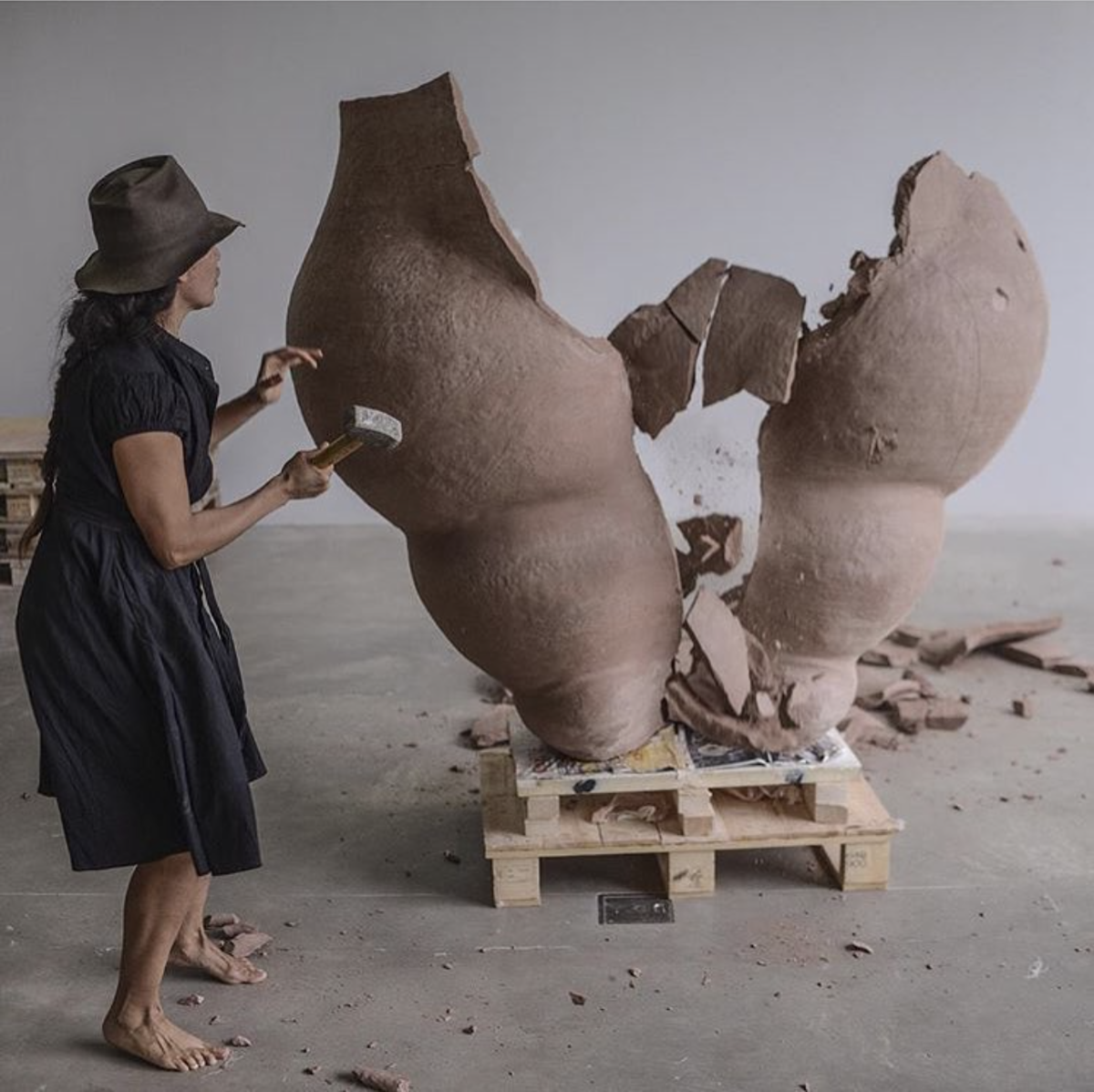 Advertisement
Glazing, too, is notoriously tricky; if the coating is too thick or too thin, the desired results are impossible. Plus, chemical reactions between clay and glaze can cause things like “shivering,” when a glaze cracks and flakes off a piece’s surface. And firing is a science all its own, which, when executed poorly, can also lead to cracks and explosions. Indeed, ceramists are not only challenged to achieve feats of dexterity and creativity, but also chemistry. Of course, even when a piece is complete, there’s ample danger of the fragile material breaking.
“Generally it has to do with some small mistake you didn’t account for, or just plain stupidity,” says Ohio-based artist
Matt Wedel
, who creates massive sculptures of paradisiacal plants and creatures. “There are so many variables that need to come in line for the work to exist.”
The stakes are even greater, Wedel adds, when working at a large scale: When a giant piece breaks, it can damage the kiln, and it makes testing out new ideas particularly daunting. “You have to actually make a huge sculpture and see if it works,” he explains. “The anxiety that one feels is kind of like holding a balloon surrounded by cacti. There are so many things that can go wrong.”
“Failures in ceramics are inevitable,” artist
Linda Lopez
agrees. Based in Fayetteville, Arkansas, she’s known for pristine, critter-like objects glazed in matte, candy colors. In the course of a month she recalls having dealt with glazes shivering and “scumming” (when an undesirable white or brownish substance creeps to the surface) and a piece that rolled right off the table. But like countless fellow ceramists, she’s learned to process these failures and move on. “You take a deep breath, pick up the shards, and start over,” she says. 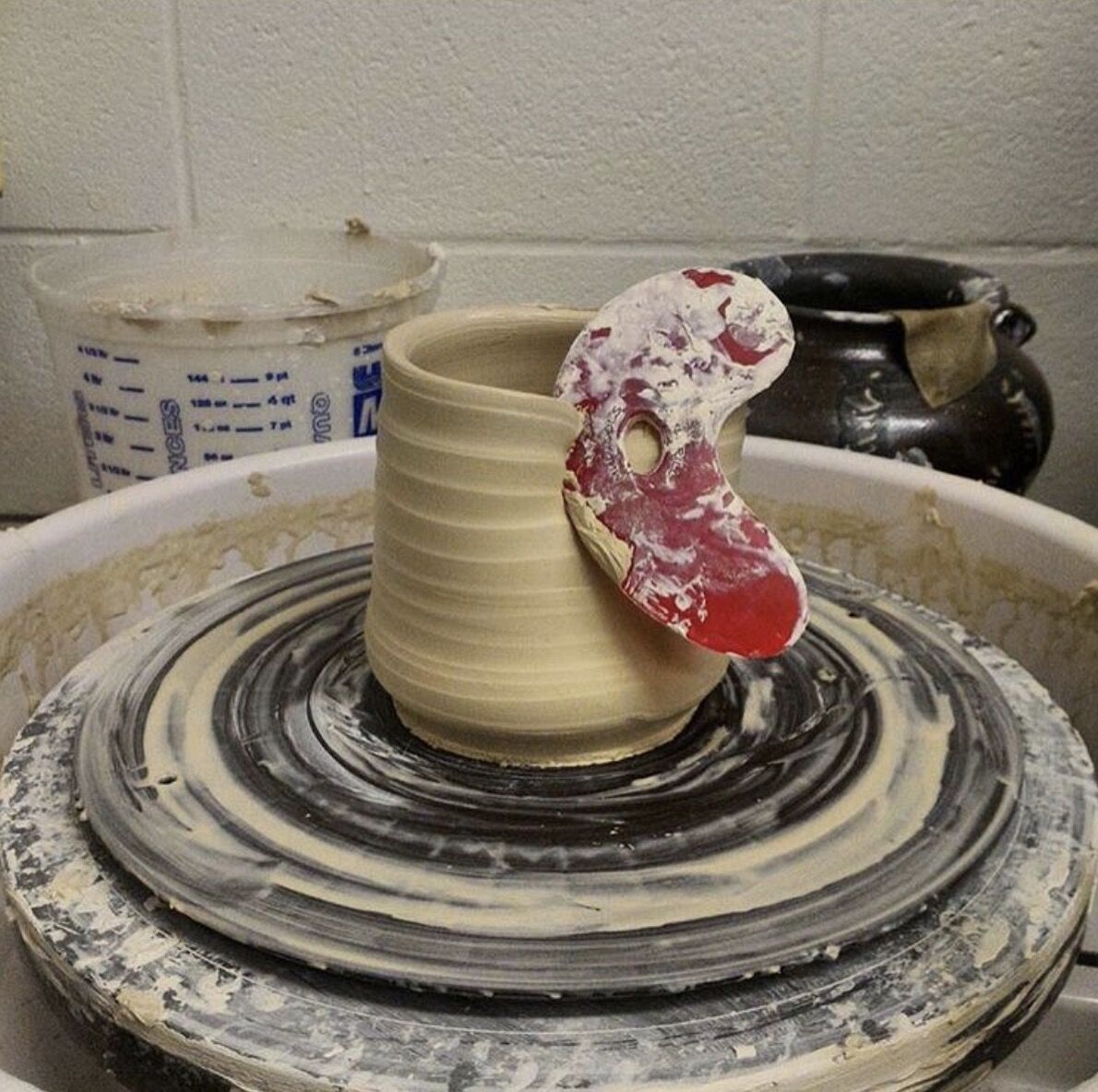 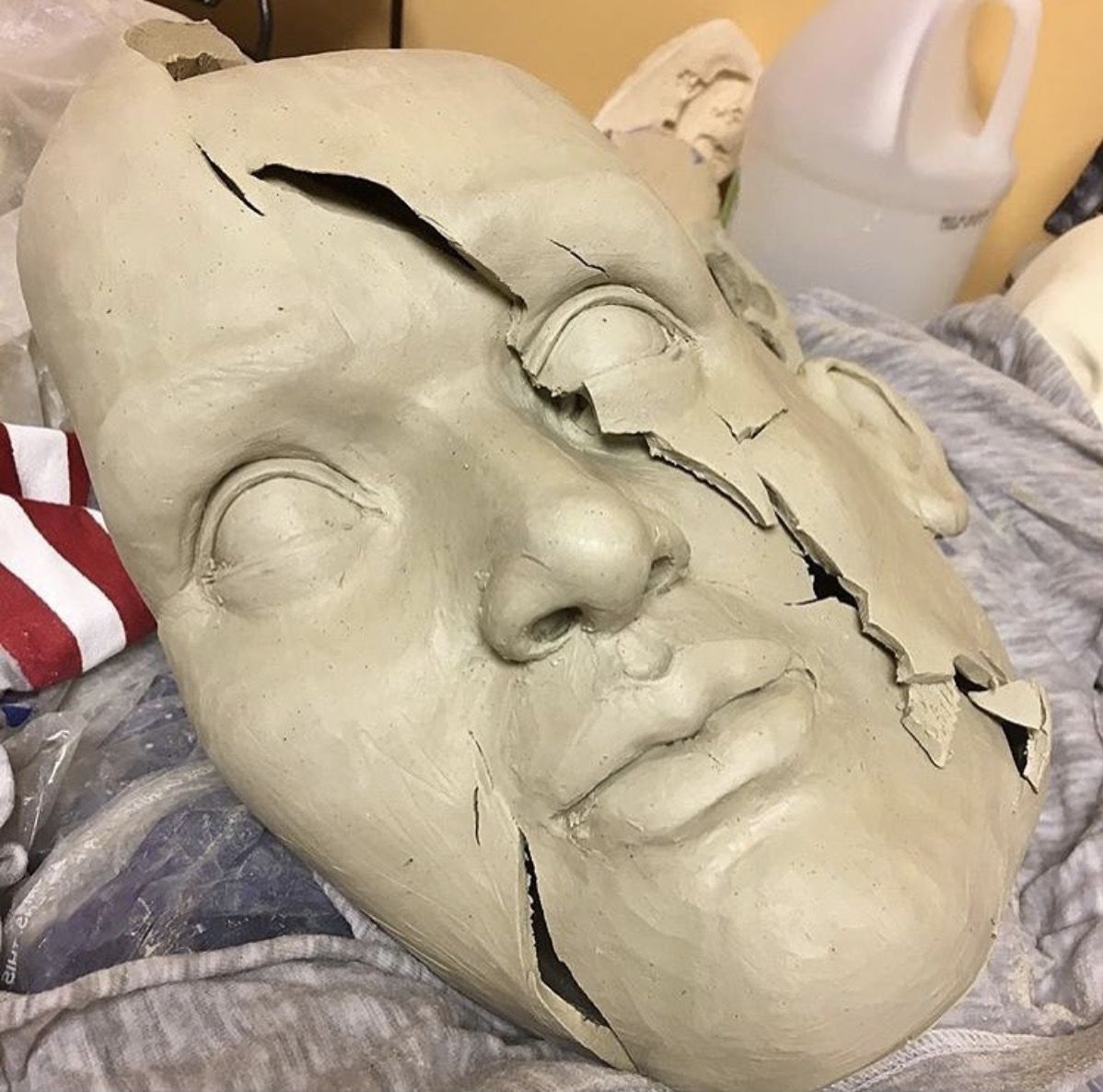 After a mishap in the studio, Lopez asks herself a series of questions: “What went wrong? Does it work? Can I fix it?” In a similar vein, Robenalt—who makes exacting porcelain sculptures and vessels shaped like animals—likes to retrace her steps to locate the root of the problem, going through the notes she keeps while making works, looking for discrepancies in her process. Recently, for example, when she opened the kiln to find that two teapots had “dunted”—the walls of the pots pulled apart because the glaze and the clay were incompatible—she realized that she’d used a different glaze than usual, which was likely not well-suited to her porcelain.
New York ceramic artist
Bruce M. Sherman
takes a zen-like approach to his work—hand-built sculptures and thrown vessels that depict anthropomorphic beings. “Working with clay teaches many things, especially patience and respect, realizing that the material can have its own mind,” he says. “So when unexpected cracks and breakage occur, I experience disappointment and sadness, but also an acceptance that I’m not always in control.” He’s recently taken up the Japanese tradition of Kintsugi, a technique in which crevices or cracks between pieces of ceramic are filled with gold, silver, or platinum substances—“thereby accepting the cracks,” Sherman says, “honoring and embracing them.”
Lee similarly embraces the flaws, though in her case they become prominent elements of the works, which are typically dynamic busts, vessels, or slabs made from stoneware or porcelain which are splashed with lush, colored glazes. “I’ve never been too precious about pieces that break,” she explains. “I incorporate cracks and misfirings because they’re the natural progressions of making work in a medium like clay.” 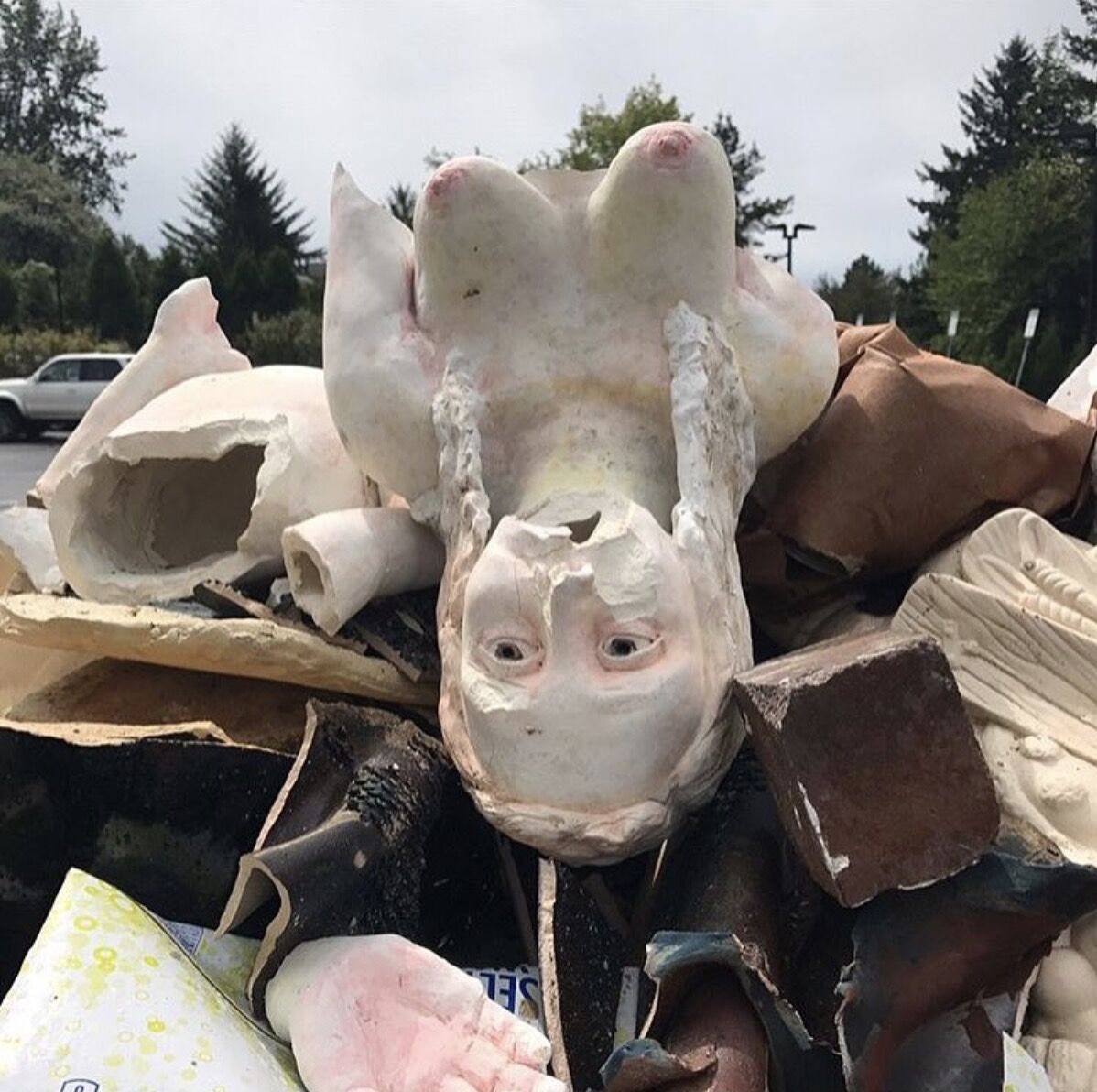 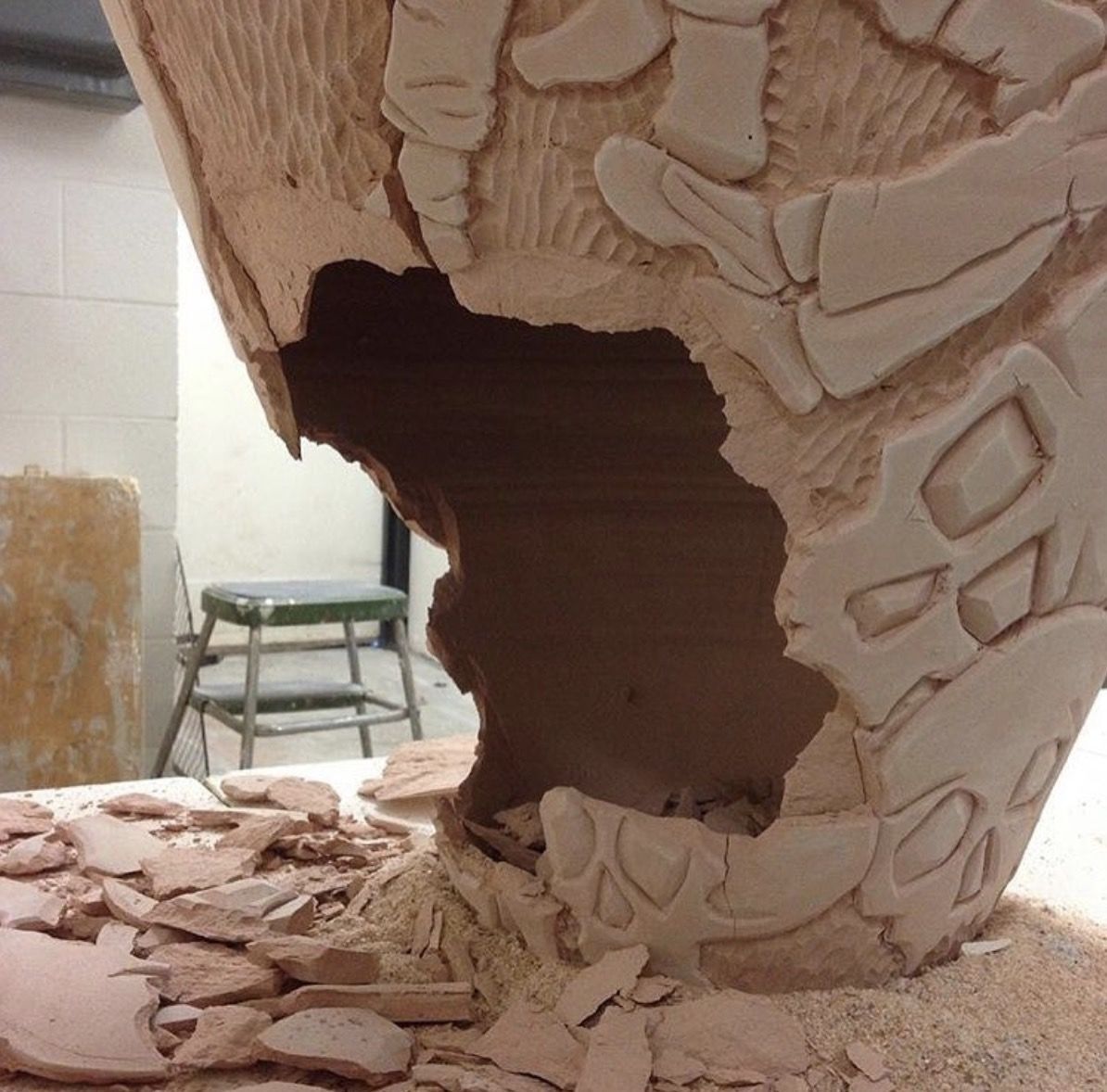 Wedel acknowledges that those who are proficient in clay tend to develop a careful process with a fixed number of variables, thus eliminating the chance for failures. But as soon as an artist wants to try something new or experiment, that’s all thrown out the window. “Clay is not forgiving to the individual who is always moving forward,” he offers. To grow and develop new work, artists must face brushes with failure.
He recalls a surprisingly liberating four-month period where he was making large porcelain sculptures that consistently failed. “They would slump over, explode, and crack,” he says. “It felt so good not to know the outcome again; everything was new and exciting. My work now is a constant unraveling of what I know and how I make. It is about a constant evolution, and failure is a good indicator of whether or not I am moving forward.”
“Trying something new is the best feeling in the world, but it’s also the most trouble,” Robenalt adds.
Despite its finicky nature, artists agree that the massive opportunities offered by clay—the ability to create nearly any object imaginable—outweighs its baggage. “I continue to work in clay because failures would happen no matter the medium,” Lopez says. “Actually, failures happen all the time—I always burn bacon—so it’s just learning to accept and try again.”
“There is such thrill in opening a kiln door after a work has been fired,” Wedel explains. “There is so much hope and so much wonder. The material has the final say over who you are as an artist. It can be both humbling and humiliating, and not many artists are okay with that.”
Casey Lesser is Artsy’s Lead Editor, Contemporary Art and Creativity.
Related Stories