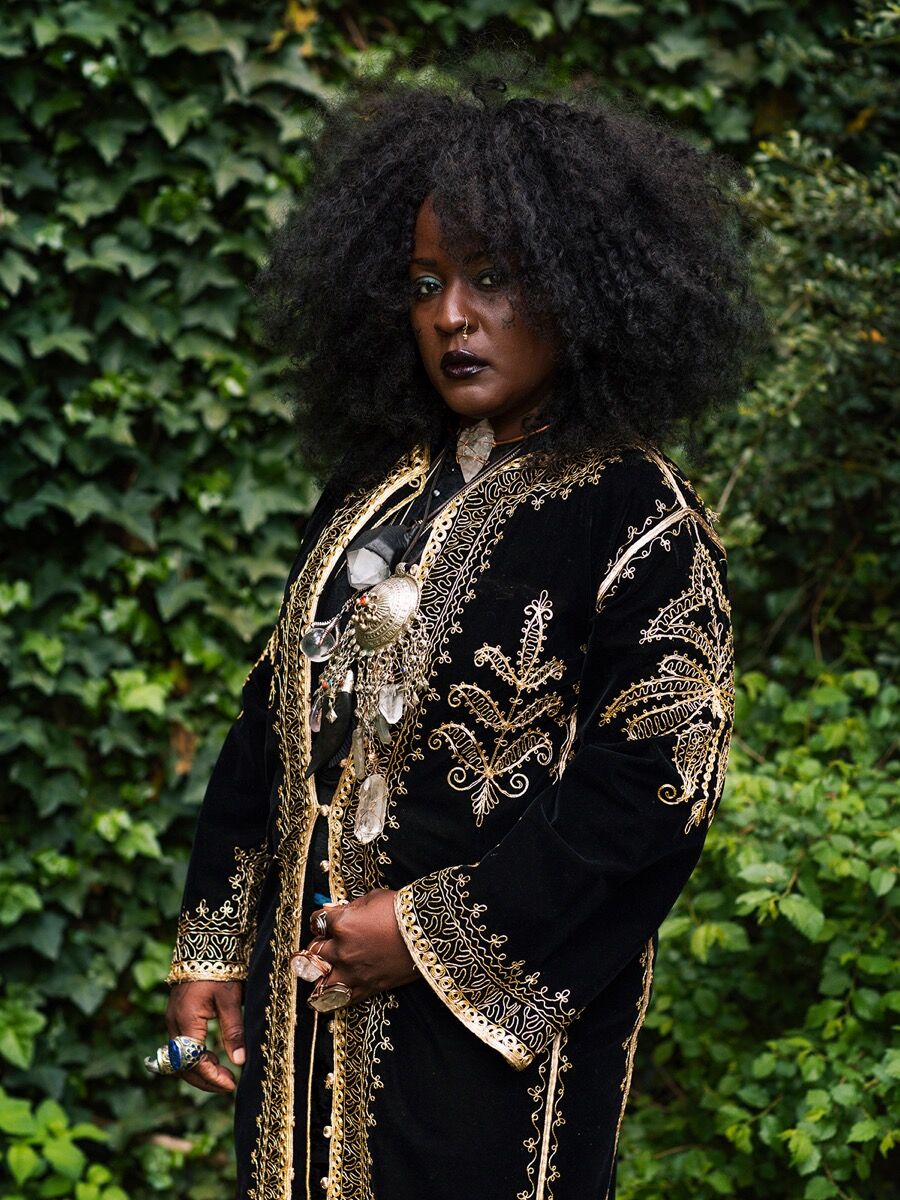 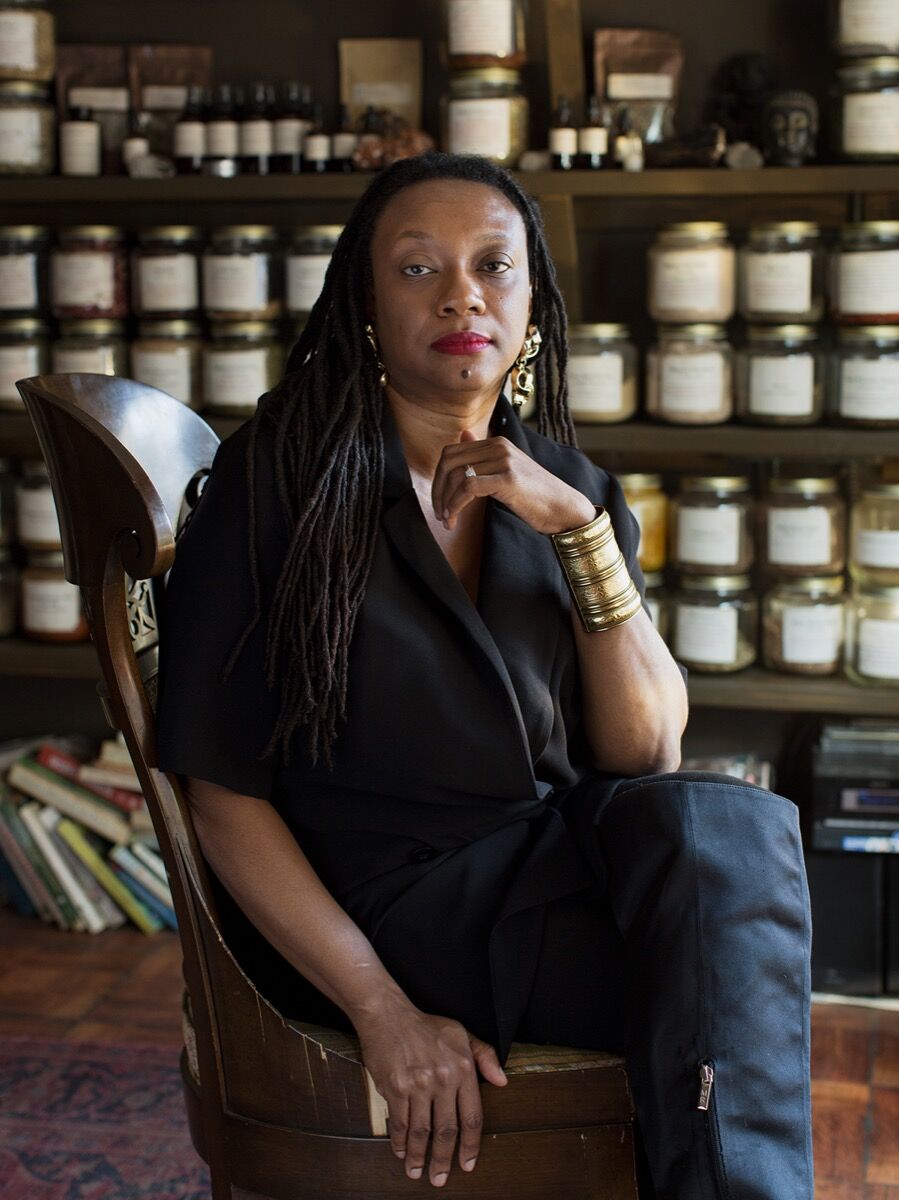 Depending on your malady, a variety of specialized, modern-day witches offer alternative cures. For carnal stagnation, visit the dungeon of a sex witch. If you require a holistic solution to a bodily ailment, a green witch can suggest some herbs. If it’s your soul that’s in need of healing, a hedge witch may have the answer.
It’s the diversity of today’s female mystics—whose modalities are as divergent as their personal backgrounds—that photographer
Frances F. Denny
catalogs in the series “Major Arcana: Witches in America.” In her body of work, Denny provides a strikingly contemporary take on witches, an age-old subject matter. She diverges from evil, supernatural, or campy depictions in favor of women photographed mostly in natural daylight, many in their street clothes. (Some subjects do, however, wear capes.)
Her subjects are of varying ages, races, body types, and socioeconomic status, each woman offering a momentary glimpse into her spiritual life. Debbie (New Orleans) reclines in teal scrubs on a shaded patio, while Karen (Brooklyn) wears the customary all-black—aside from chunky gold jewelry—and sits in her own apothecary. Marie and Ebun (New York), who bear strong familial resemblance, lounge barefoot on a sunny porch. Luisah (New Orleans) wears a yellow T-shirt that states “Born to Drum,” root vegetable in hand. These women, of course, aren’t just witches: They’re healthcare workers, entrepreneurs, mothers, and daughters—and all are part of the larger American fabric. 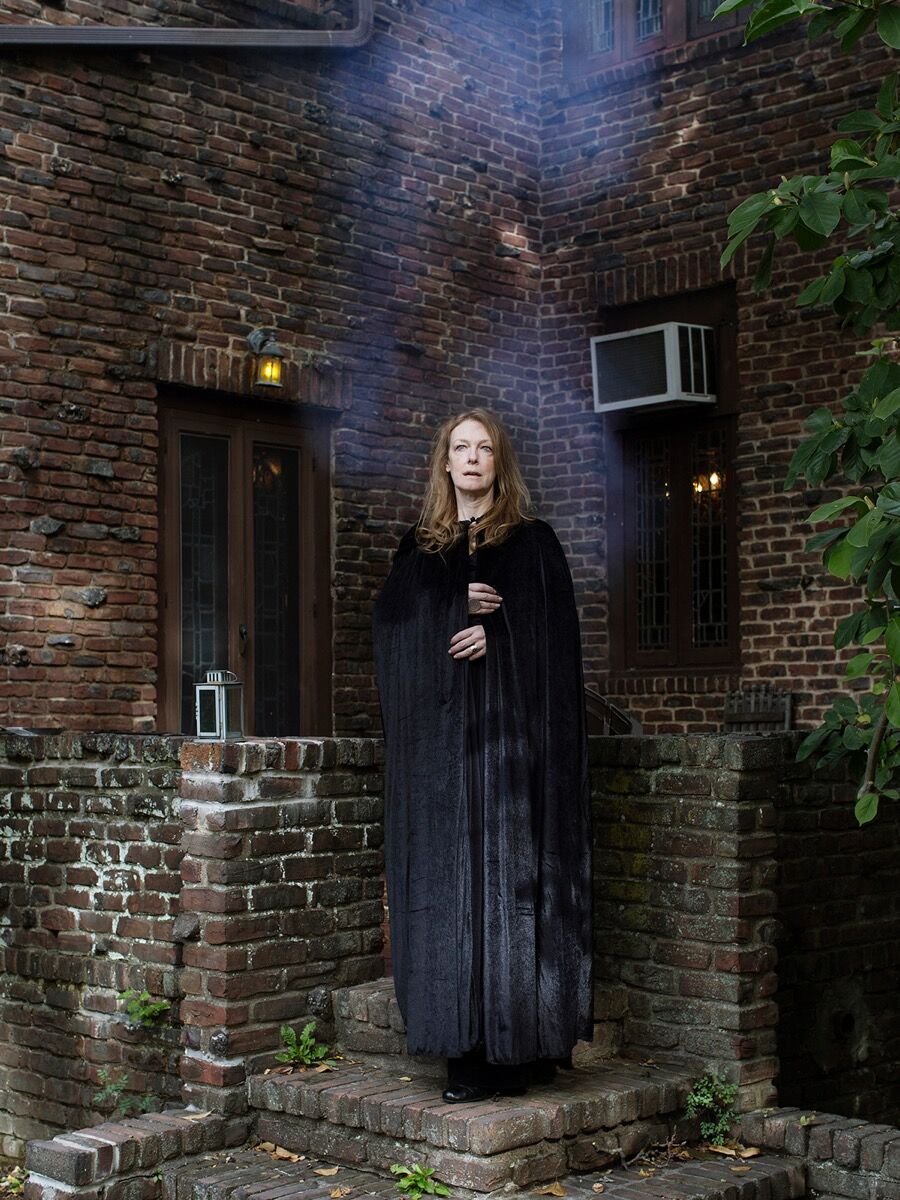 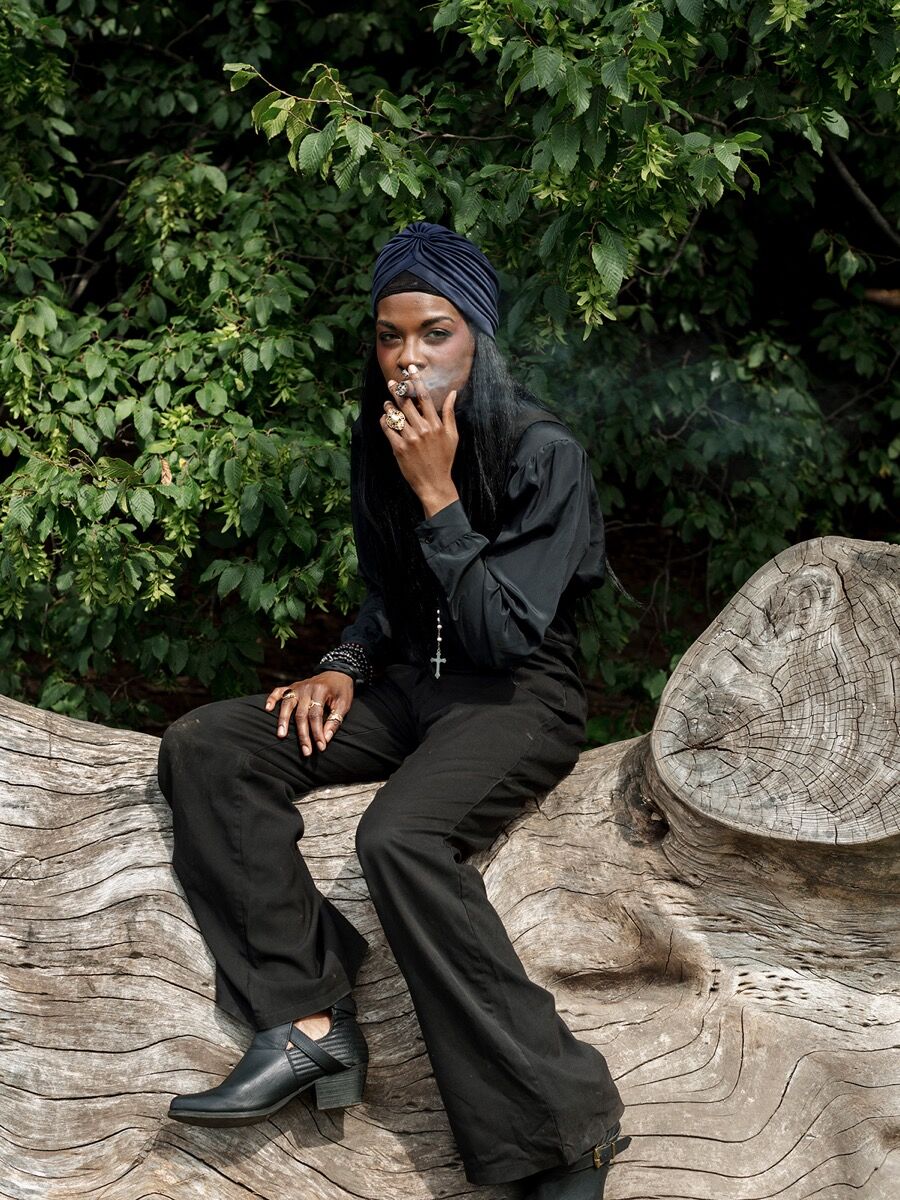 Some of Denny’s witches are also activists. The most famous may be the spiritual guru Starhawk (San Francisco), whom Denny captures in half-light and half-shadow, wearing a flowered purple jacket. Starhawk, the co-founder of a branch of Wicca called the Reclaiming tradition, has authored books and supported anti-war and pro-conservation causes. Denny notes that, contrary to popular belief, most witches aren’t interested in black magic or hexes. “The central Wiccan creed translates to do no harm,” she said. “So, in fact, witchcraft is very much about healing.”
Denny’s portrayals starkly contrast the first-known artworks depicting witches. In the 15th century, artists invoked the character as a symbol of female evil. The 1487 German tome Malleus Maleficarum outlined the potential dangers of witches and offered a plan for how to hunt and prosecute them, and European artists responded to the manual with their own visual interpretations. The manifesto contributed to the executions of around 60,000 alleged witches—mostly women—and integrated the day’s prejudices and propaganda into the artistic and popular imagination. 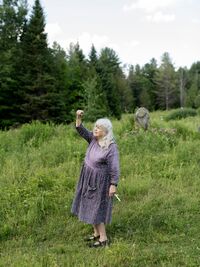 9 Images
View Slideshow
Advertisement
Witches have also long been portrayed as darkly erotic. The broomstick motif, which appeared around 1450 in illuminated manuscripts, was derived from the rumor that witchy women applied psychoactive ointments on their crotches and then mounted the phallic mode of transportation. This vision of the witch, and its subsequent demonization of female sexuality, persisted for centuries. A 1732 print by French artist
Parmigianino
features a hooded witch riding a fantastical, claw-footed animal that resembles a giant penis—fear and desire, commingled.
Following the 2013 National Galleries of Scotland exhibition “Witches and Wicked Bodies,” which featured works from such major artists as
William Blake
,
Francisco de Goya
,
Albrecht Dürer
, and
Eugène Delacroix
, co-curator Deanna Petherbridge wrote: “The dangerous bitch and the hideous old witch are complementary representations, intended to show up women’s iniquities and punish them, but also to warn and frighten men.”
Denny’s series joins decades of rebellion against such portrayals, from
Cindy Sherman
’s vulnerable self-portrait (1986/1993) to the recent work of artists like
Juliana Huxtable
and Linda Stupart, both of whom link queerness to witchcraft in a liberated new way. 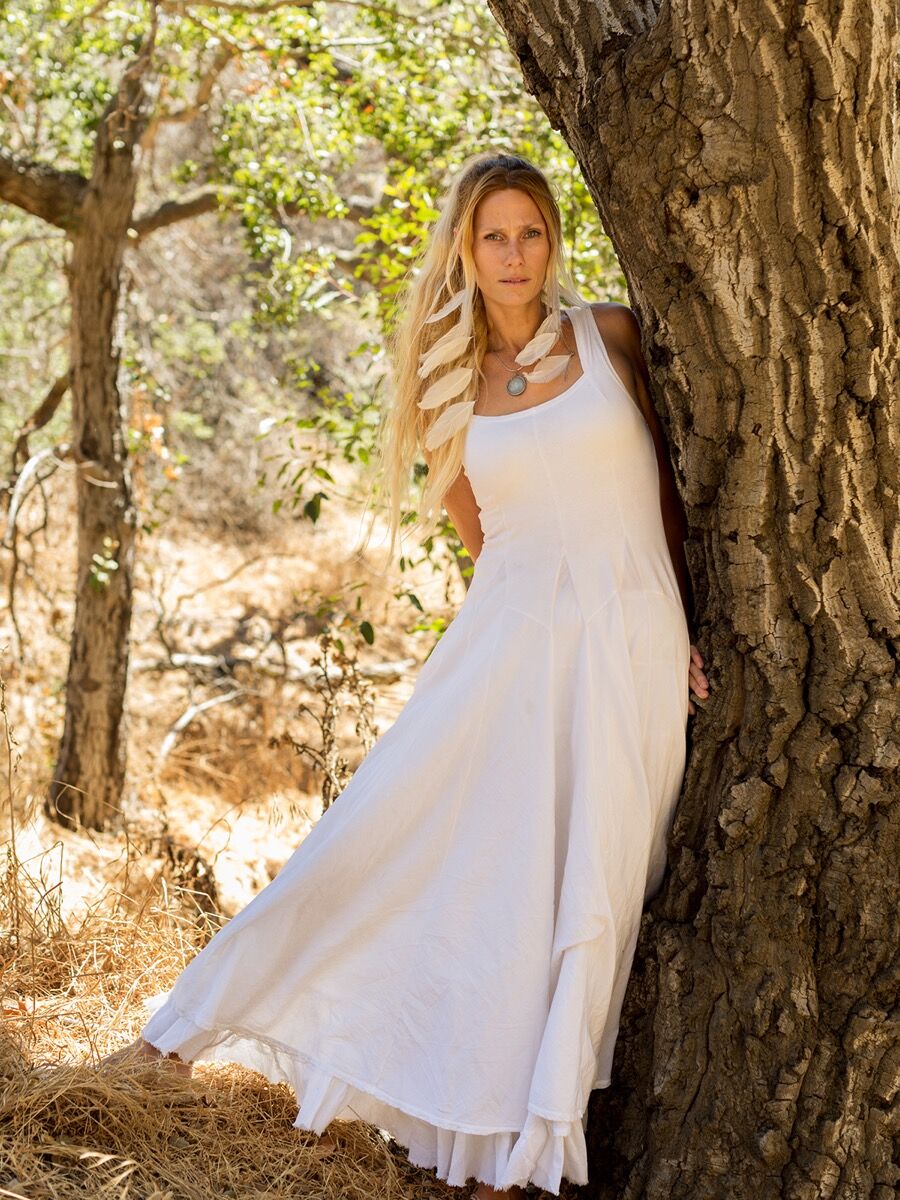 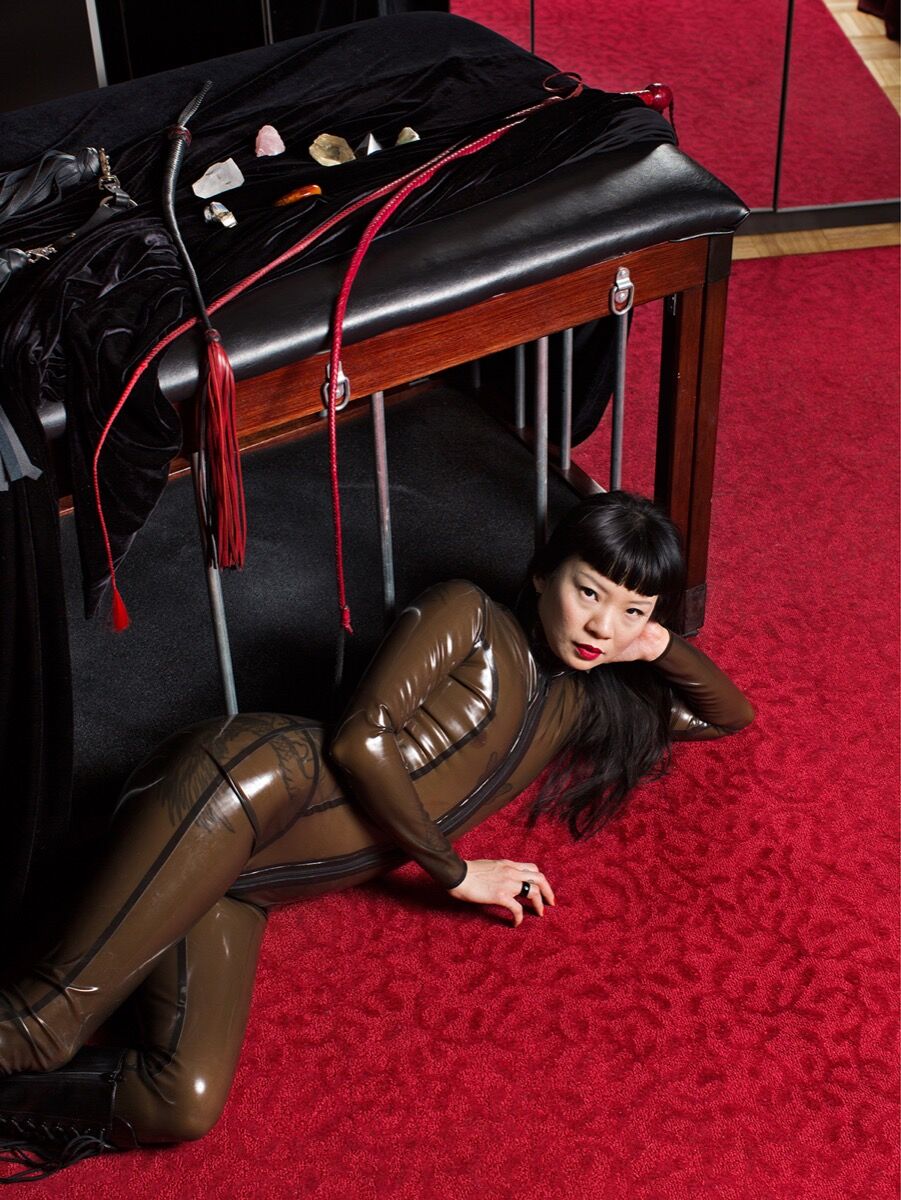 “Part of my aim with these portraits is to dignify my subjects,” Denny explained. For this reason, she chose not to incorporate photographs of rituals (though she has attended two, she noted, one in New Orleans and another in Brooklyn). This choice, Denny believes, allows for more mystery in her work—showing witches in the midst of their gatherings would be “too big of a reveal.”
Indeed, ambiguity is one of the series’s major strengths. There’s little to distinguish Maja, for example, as a mystical healer. Maja, the “White Witch of L.A.,” stands against a tree, sheathed in a flowing white dress. Likewise, Ande, photographed wearing a blank tank top against a teal wall and gray door, could be of any vocation.
But that’s because “Major Arcana: Witches in America” is more than a snapshot of fringe counterculture characters. Denny privileges the women themselves over their practices—their occult considerations are only part of their identities. Whatever the roots and shapes of their particular beliefs, Denny’s subjects are part of a growing feminist resistance to the patriarchal politics that lurk just outside of her frames.
Not only does Denny subvert tired witch tropes, she undercuts more widespread misogynistic views, as well. “What ties all my work together is that I’m thinking about female selfhood and identity,” she said. As Denny further dissects the subject, she enlarges our ideas of what it means to be a woman living in America today.
Alina Cohen
Correction: An earlier version of this story identified Debbie as living in Los Angeles; she lives in New Orleans. The story has been updated to reflect this change.
Related Stories 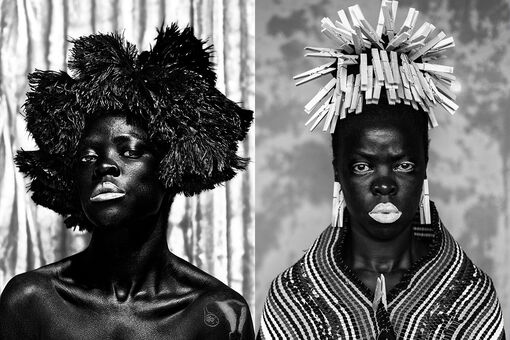 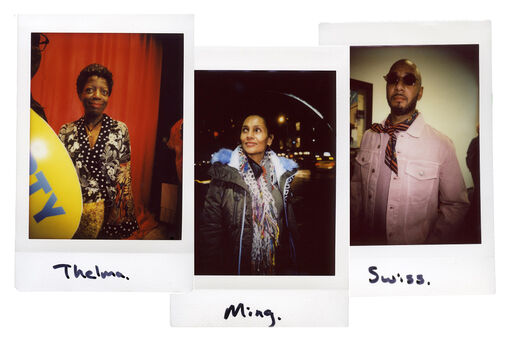 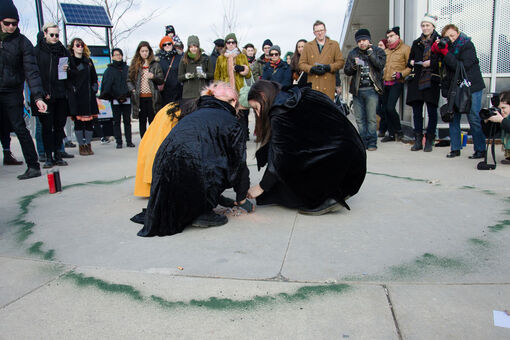 Why Witchcraft Is Making a Comeback in Art
Izabella Scott
Sep 6, 2016