Chase Westfall Confronts Violence and Terror Head On in a New L.A. Show 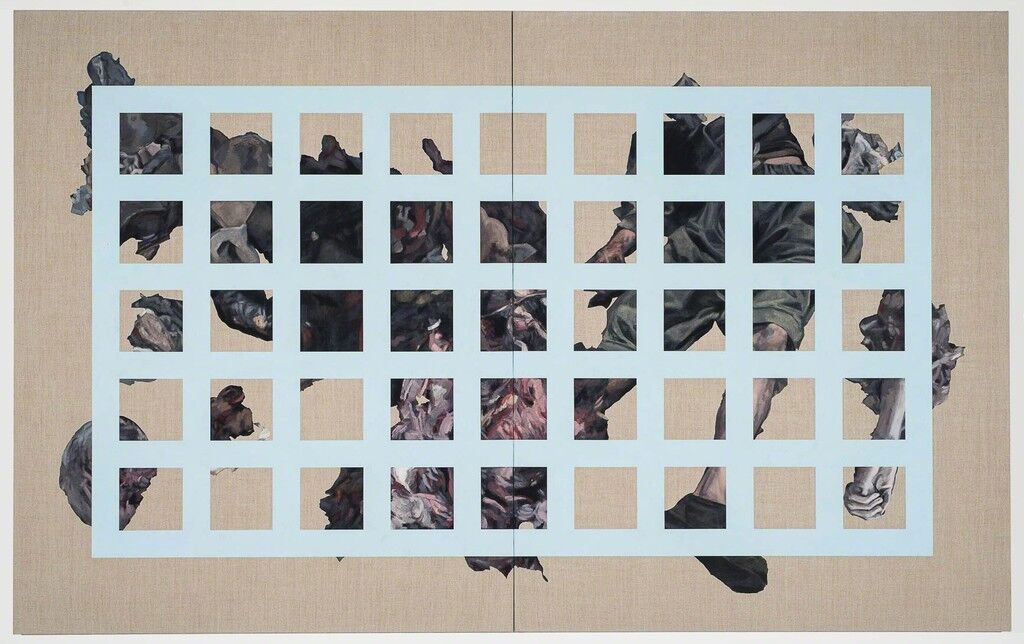 Chase Westfall
Blue Barricade, 2015
101/EXHIBIT
For his L.A. debut at 101/EXHIBIT, mixed-media artist
Chase Westfall
presents a new body of paintings, sculptures, and installations, through which he examines one of the most salient issues plaguing humankind: violence. Placing himself in the position of a witness, he references both historical and current events—concentrating especially on the ongoing Syrian civil war—in works meant to be considered as a whole, and grouped together in a show titled “Terror Function.” 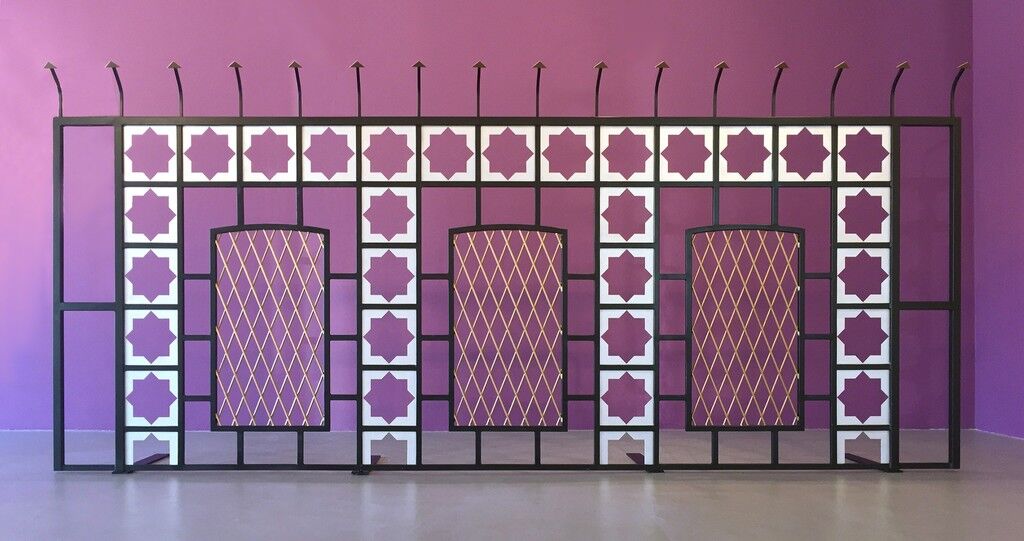 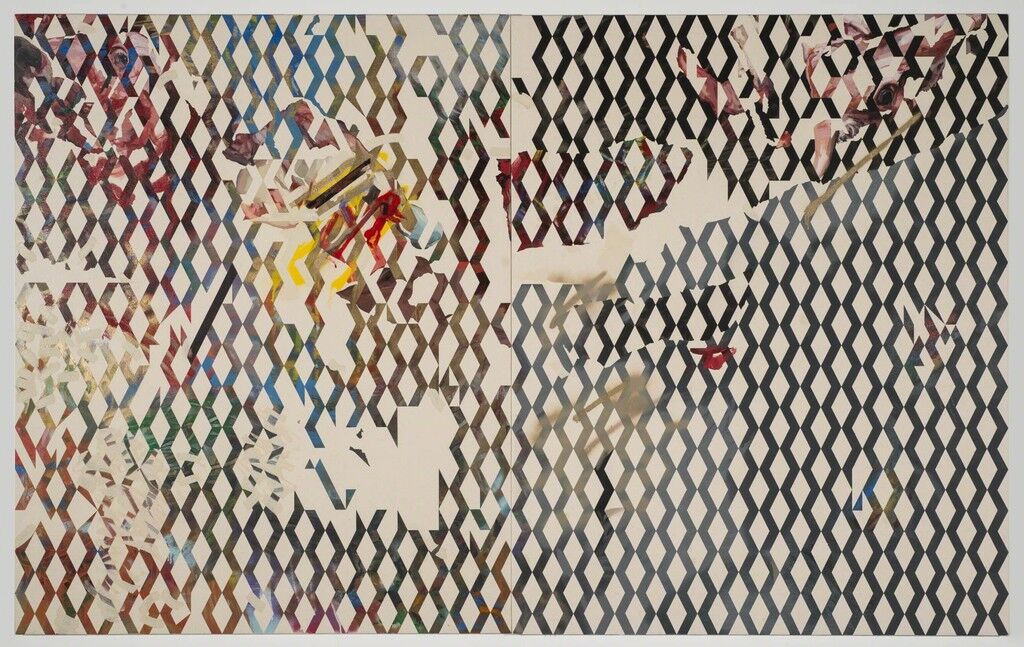 Chase Westfall
Untitled (Veronica), 2015
101/EXHIBIT
As anyone who follows the news knows, we tend to consume conflicts near and far in the form of words and, especially, images. Seeking to grapple with and understand the seemingly endless images and reports of violence filling our newspapers, magazines, and television and computer screens, Westfall turned to a formidable list of writers, philosophers, and artists—among them Hannah Arendt, Cormac McCarthy, and Eyal Weizman—as well as Judeo-Christian theology. Their works and ideas underpin his own and led him to an open-ended proposition that he presents to viewers through his art: that violence and terror serve social and cultural functions and are ingrained in the way we have formed our societies. “In a world in which simplistic, politicized judgments are the norm, I am making a point of trying to provide a space in which a more nuanced and humane interpretation of the events/conditions of terrorism and violence can take place,” the artist has explained. 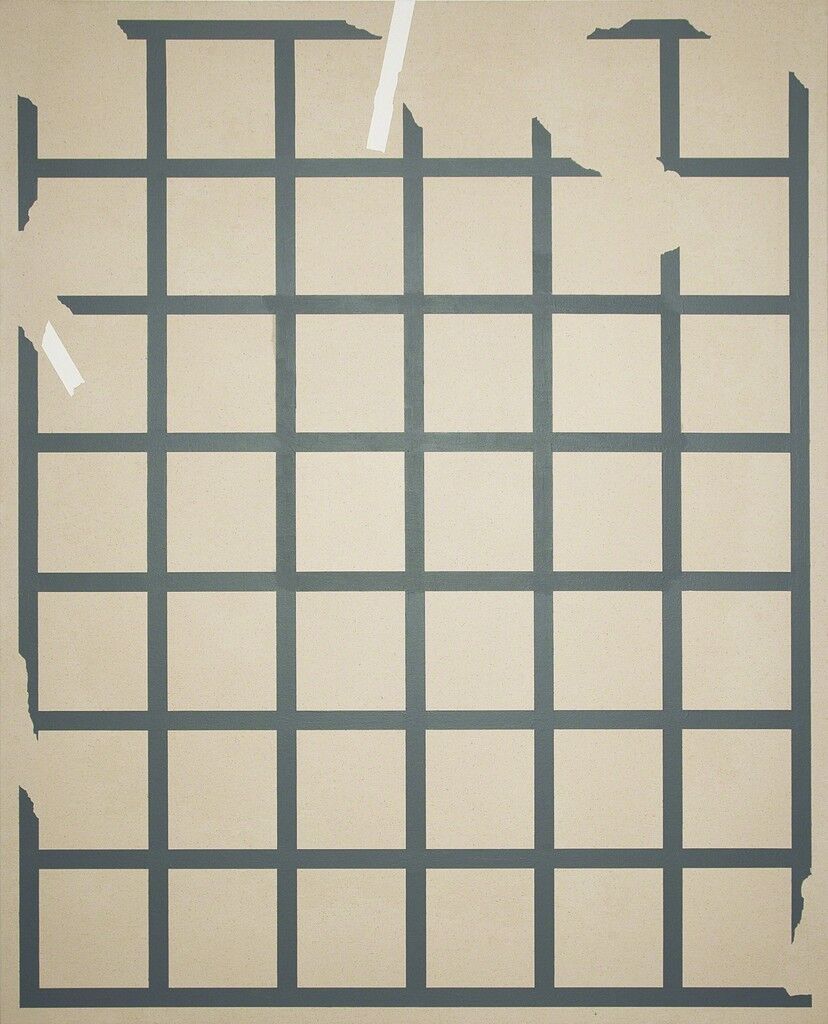 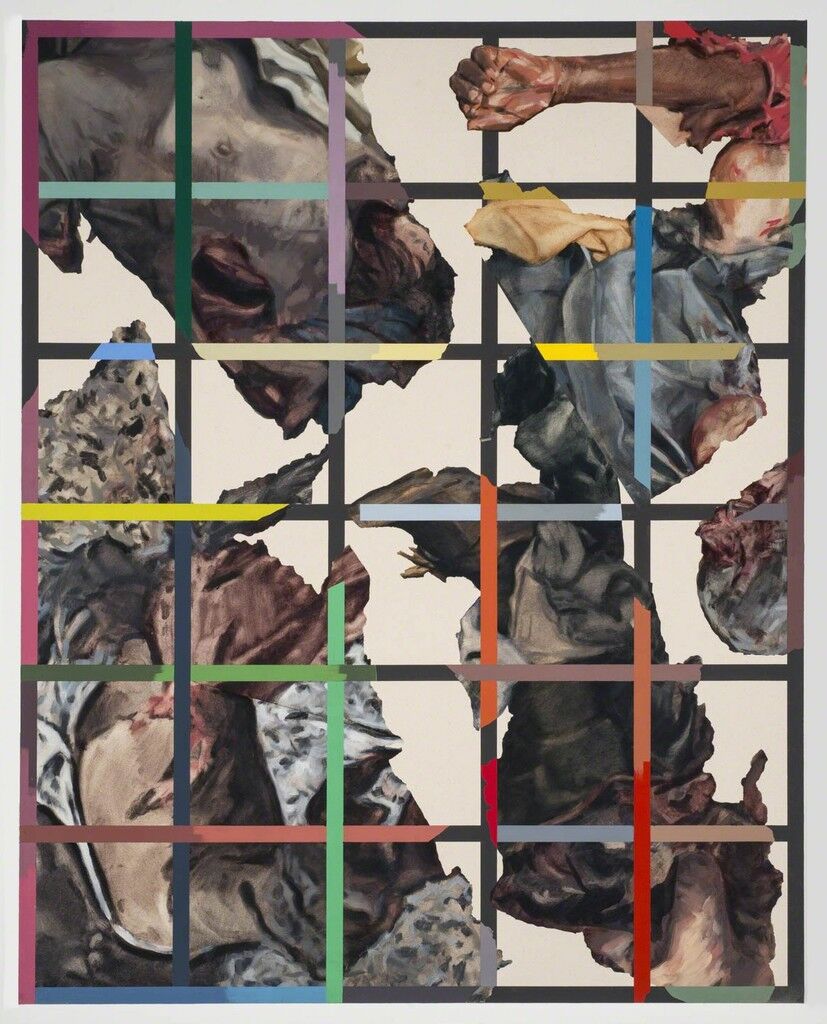 Chase Westfall
Untitled (Confederacy), 2015
101/EXHIBIT
Advertisement
Westfall’s large-scale, oil-on-canvas painting, Untitled (Confederacy) (2015), exemplifies his approach. It features a multicolored grid, which overlays a jarring assortment of semi-abstracted human and animal body parts. Suicide and other terrorist bombings leap to mind when confronted with this painting in the context of this show. In fact, the damaged flesh crowding this composition is based on images of the aftermath of terrorist attacks that the artist found online, and on his own photographs, taken at animal processing sites such as slaughterhouses. The grid motif contrasts sharply with this visceral scene, and symbolizes attempts by groups such as ISIS to use chaos and violence to establish a new world order, as well as humankind’s ongoing need to analyze and understand such unspeakable behavior.