Rarely is canonical art hung at the eye-level of a six-year-old. But a new exhibition of radical
feminist artist
Ana Mendieta
’s work does just that: shifts world-renowned artworks down a few inches, so that children can interact with them.
“Children are so intelligent. I wanted the show to respect that,” curator Amy Rosenblum Martín explains, as we walk through “Ana Mendieta: Thinking About Children’s Thinking,” the exhibition she organized at Sugar Hill Children’s Museum of Art and Storytelling in Harlem. “Ana’s work was the perfect fit.”
Mendieta isn’t the first artist that would pop into most curators’ minds when brainstorming a project for a children’s museum. In many of her most iconic performances, which she made during her short career in the 1970s and ’80s, she used her own, nude body to create impressions in materials ranging from animal blood to mud. Through these actions, which have become touchstones of feminist,
conceptual
, and
land art
, Mendieta harnessed her interests in the power of femininity and identity as it relates to both gender and sense of place. 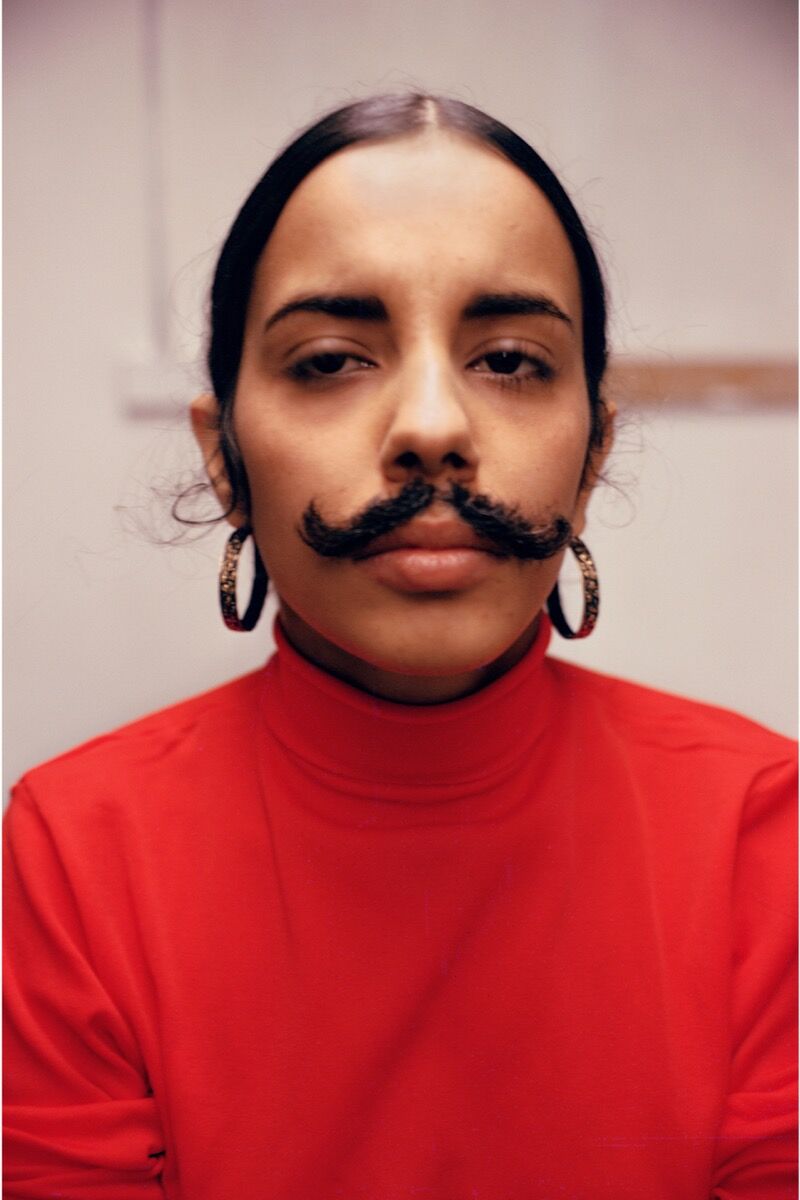 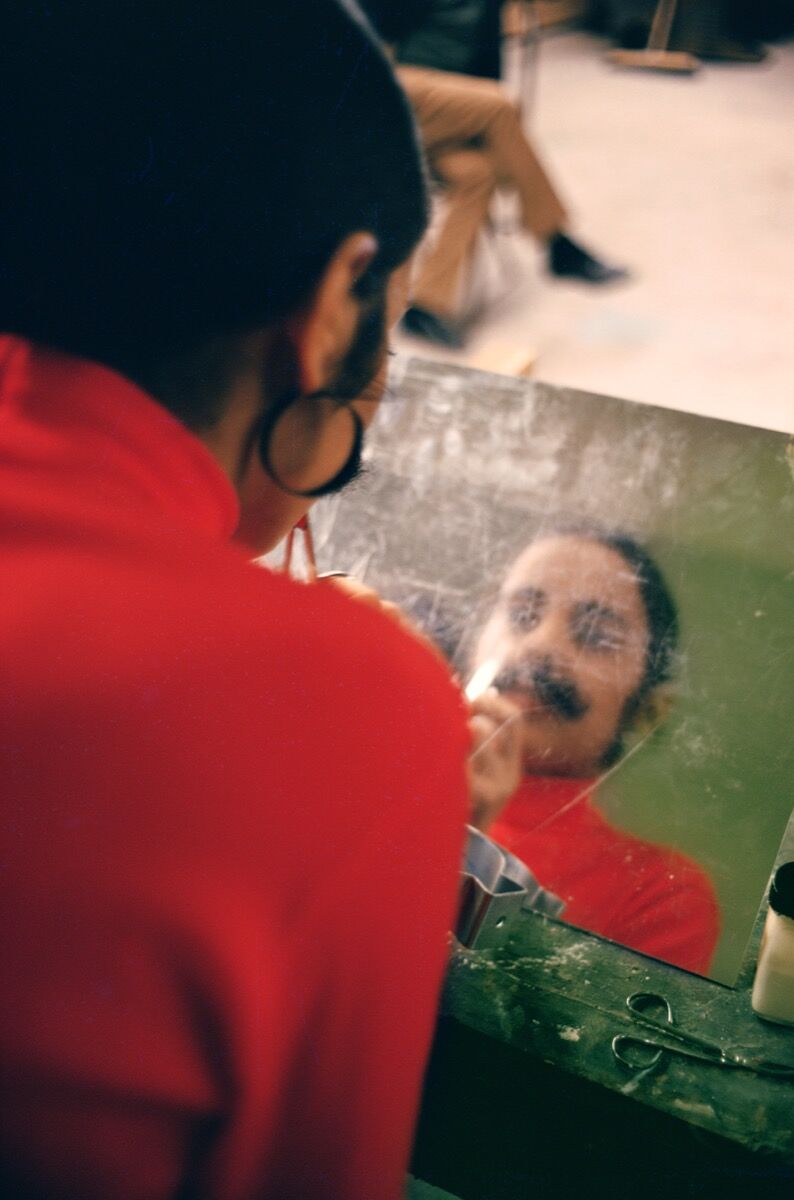 While Rosenblum Martín recognized that Mendieta’s work featuring nudity and bodily fluids wouldn’t be appropriate for the museum’s targeted age group of three- to eight-year-olds, she saw other lesser-explored facets of the artist’s practice that would resonate with kids. “As I did more and more research, I started to realize that there’s a lot of play and childlike sensibility in her work,” Rosenblum Martín explains.
This point becomes clear with the first piece one encounters in the show, one of Mendieta’s earliest and best-known projects: “Untitled (Facial Hair Transplants)” (1972). The group of photographs documents the young artist applying a comically large mustache to the space beneath her nose. In several images, we see her gazing into a mirror. In some, a naturally bearded and mustachioed friend, looks on. The series is often contextualized as Mendieta’s first and most potent experiments with gender identity.
But Rosenblum Martín, who is an independent curator, educator at New York’s Guggenheim Museum, and mother of two, saw other elements in the series, too: namely, curiosity, play, and the earnestness with which kids pretend. “One thing I’ve been surprised about, as a mother, is that when children play, they’re so serious about it,” she explains, as we look at the most famous image from the series, a close-up self-portrait of Mendieta, looking very sincere while wearing the campy, handlebar ’stache.
“This serious expression that Mendieta has while she’s trying on a kind of a silly mustache is very reflective of the real way that children play,” she continues. “They’re playing at identity, they’re playing at power dynamics.” 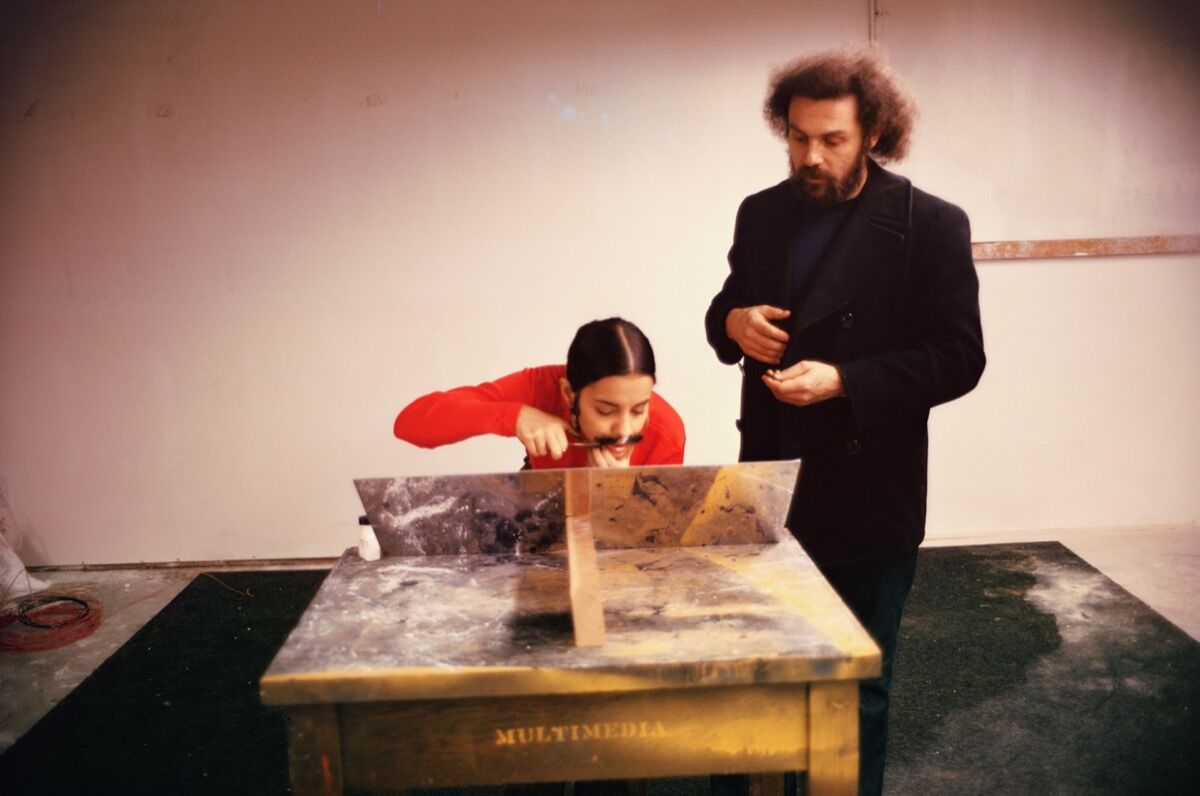 Advertisement
The curator has emphasized this parallel by hanging a mirror next to Mendieta’s mustache portrait, at the same kid-sized level. It’s a genius addition (approved enthusiastically by Mendieta’s estate and the gallery that represents it, Galerie Lelong) that would normally be relegated to educational labs located in separate rooms of most museums. But here, at Sugar Hill Children’s Museum, Rosenblum Martín places it on the same plane as a famous work of feminist art. A smattering of little fingerprints on the white wall under the mirror drives her intention home: to encourage children to engage with the art, to find commonalities between their own experience and the themes Mendieta’s work explores.
Had Mendieta survived to see the show (she died tragically at the age of 36 in 1985) the connection Martín makes between the artist’s work and children’s experience probably wouldn’t surprise her. In three pieces from 1973 that were recently discovered by the artist’s estate—two videos and one sound piece, all included in the exhibition—Mendieta featured children.
Shortly after she graduated from college at the University of Iowa in 1972, Mendieta taught art to 5th and 6th graders at Henry Sabin Elementary School in Iowa City. She relished her work as a teacher—and her students became artistic collaborators. 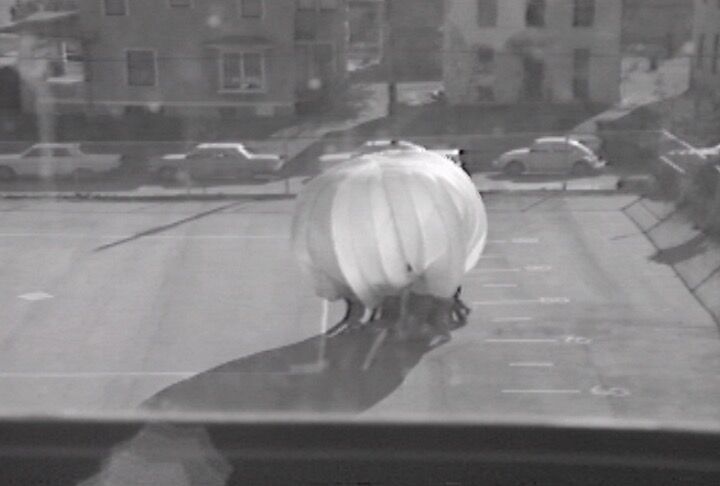 The videos both show children at play. Particularly mesmerizing is Parachute (1973), in which Mendieta trains her camera on a group of around 15 children from above, as they play with a parachute. They clutch the edge of the circular fabric, together sending it billowing into the air then bringing it back down to Earth—giggling incessantly.
“For me, this piece is so much about the corporeal intelligence of these children,” Rosenblum Martín explains as we watch the students move in unison. “Their movements are communal. School communities become so tight-knit—there’s nothing artificial about their connection.” (In an addition similar to the mirror, a real parachute hangs above the exhibition.)
While the videos evidence what Martín describes as the “corporeal intelligence” of children, Mendieta’s sound piece from the same year, Untitled (Soul), celebrates their unparalleled creativity. Over the course of the eight-minute recording, several students respond to Mendieta’s heady prompt, “What is a soul?” One by one, little voices respond. 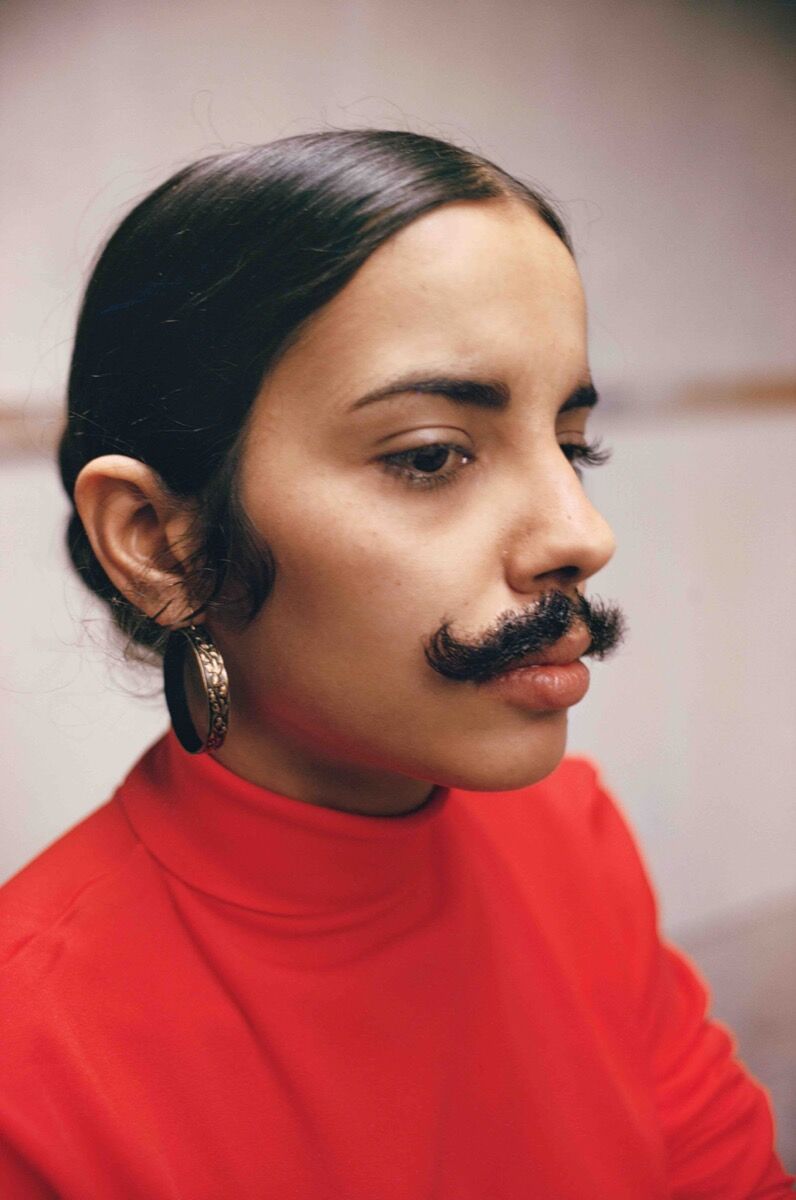 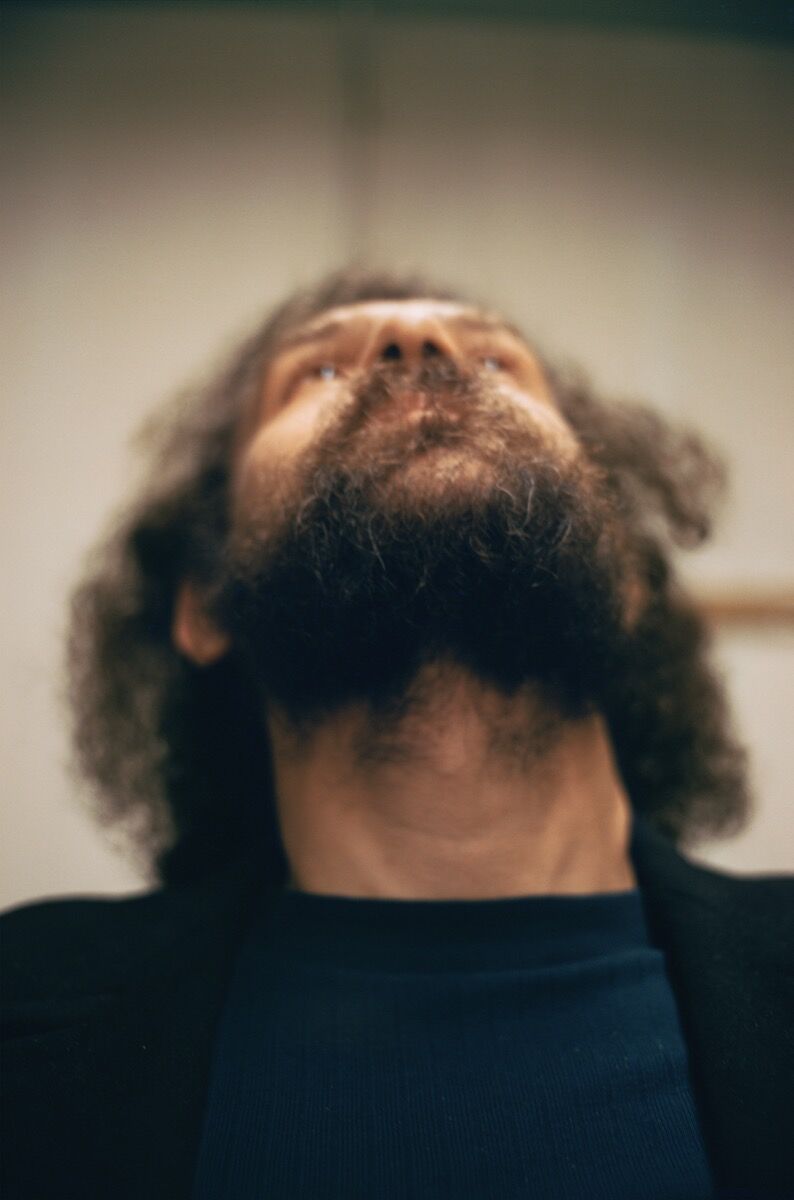 “I think when you’re in the dark, it’s around you and when you’re outside in the sun, it’s your shadow,” one child offers. “I think it’s in your toenail,” says another. “I think it’s surrounding you to sometimes help you from falling,” a third opines. Others suggest that it comes from Mars or can foresee the future.
The answers, peppered with laughs and ums that evidence both play and serious thought, are creative, hilarious, and moving—but also incredibly perceptive. As part of the exhibition’s education program, Martín and members of the museum staff pose the same question to their child visitors.
“They have a whole new range of responses,” Martín explains of their reaction. “In asking them the same question, we hope it continues Mendieta’s project, which at its core, privileges children’s intelligence.”
Alexxa Gotthardt
Correction:
A previous version of this article incorrectly stated that the man included in Ana Mendieta’s Untitled (Facial Hair Transplants) (1972) was Hans Breder. He was not.
Related Stories