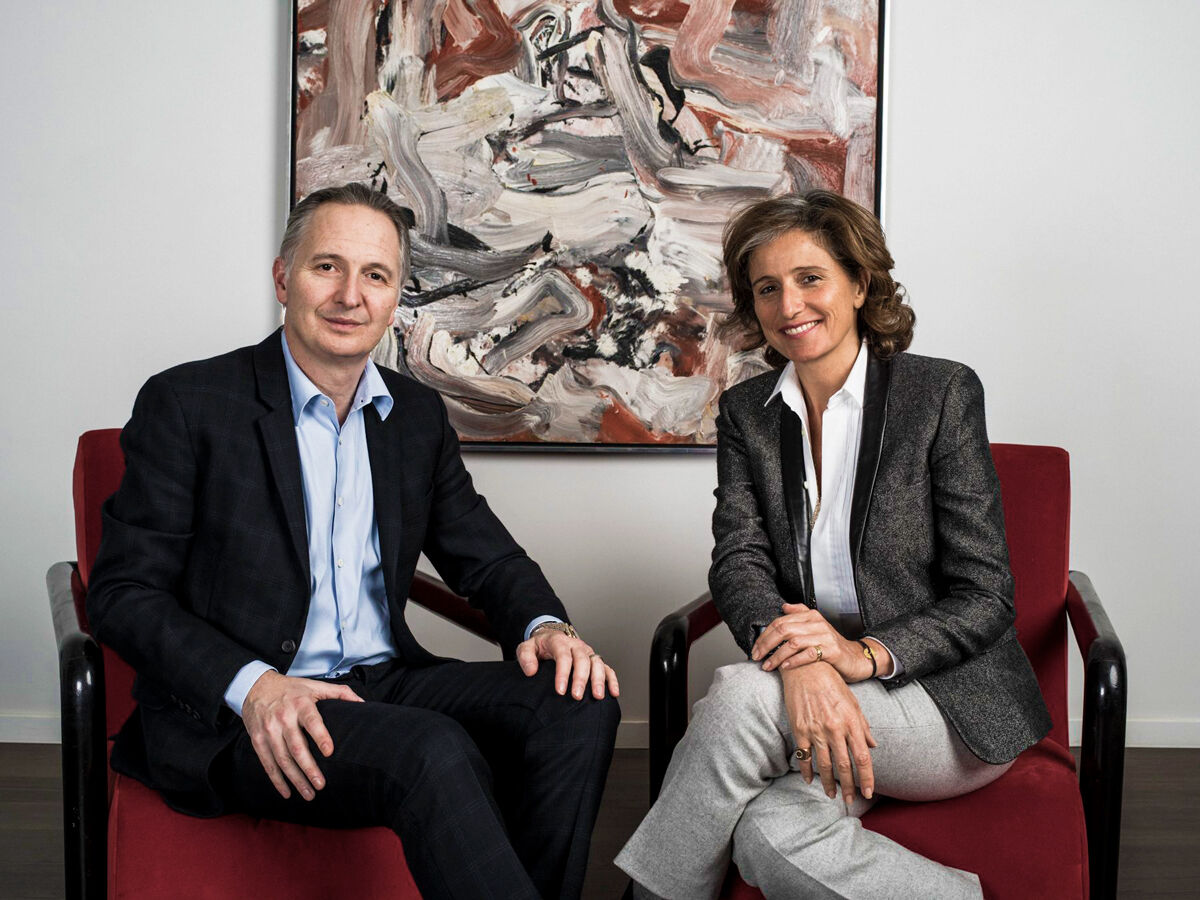 Longtime Christie’s head of contemporary art Brett Gorvy announced on Wednesday that he is leaving the 250-year-old auction house. He will partner with New York- and London-based art dealer Dominique Lévy in a venture renamed Lévy Gorvy. Here’s what we know so far and what it indicates for the art market.

Gorvy told the New York Times that he’d made the decision to leave the auction house a year earlier. “At the age of 52, you have one more opportunity,” he explained. Although he considered a range of options—including striking out on his own—he eventually settled on a partnership with Lévy, based on what he described as her “boutique mentality of what a dealer is.” Sweetening the deal, Gorvy added, was the fact that she also represents several of his favorite artists, including Italian Modernist
Carol Rama
.
Lévy’s eponymous New York gallery, which opened in 2013, currently occupies the top two floors of a historic bank building at Madison Ave and 73rd Street. This summer, however, the dealer announced an upcoming expansion. As of January, the newly-christened Lévy Gorvy will occupy the entire 9,000-square-foot building. It will also operate out of Lévy’s current London location. The inaugural show in the enlarged space will pair works by
Abstract Expressionist
Willem de Kooning
and Chinese painter
Zao Wou-Ki
, a reflection of the historically significant artists Lévy represents (including
Frank Stella
,
Gego
, and
Yves Klein
).
Lévy Gorvy will continue to operate as a gallery. But according to a statement from the two founders, it will also boast a “bespoke advisory and collections management service inspired by the vision, profoundly personal engagement, and tireless advocacy of the 20th century connoisseur dealers who are our heroes—Daniel-Henry Kahnweiler, Pierre Matisse, Leo Castelli, and Peggy Guggenheim.” Lévy Gorvy will also place priority on growing its business in China, a region whose wealth and appetite for art Gorvy successfully used to line Christie’s coffers over recent years.
Gorvy’s announcement comes as the latest in a string of high-profile departures from both Christie’s and Sotheby’s. During the summer alone, Christie’s watched as four executives bid their farewells: global managing director of post-war and contemporary art Lori Hotz, senior vice president and director of trusts, estates & appraisals Paul R. Provost, international head of Old Master paintings and 19th-century art Nicholas Hall, and head of 20th- and 21st-century design Cathy Elkies. Sotheby’s faced similar turnover, including worldwide head of contemporary art Cheyenne Westphal, chairman of Sotheby’s Europe Henry Wyndham, and co-chairman of contemporary art Alex Rotter, who will go on to be chairman of post-war and contemporary art at Christie’s Americas.

This news marks the conclusion of Gorvy’s 23-year-long career at Christie’s. He joined the auction house’s staff in 1994, transferring from London to New York in 2000 and eventually becoming deputy chairman of Christie’s Americas in 2007. Together with Amy Cappellazzo, he co-led the post-war and contemporary department and was responsible for many of the auction house’s biggest hauls—among them, the 2004 sale of
Pablo Picasso
’s Garçon à la pipe (1905) that first broke the $100-million mark and the $179-million Picasso, Les Femmes d’Alger (Version ‘O’) (1955), that currently holds the record for most expensive artwork sold at auction.
Gorvy became the solo head of the department in 2011; the following year, it surpassed Impressionism as the house’s most profitable category. He has been dogged in pursuing and cultivating new collectors: He maintained a personal list of those rarified few able to spend more than $50 million on a single artwork, which grew steadily to contain at least 141 names by 2014. And he has developed a reputation for seeking out—and being able to offer the business terms to attain—the highest-quality consignments, allowing Christie’s to trounce its competitors in contemporary sales totals.
For her part, Lévy’s career has long been intertwined with the auction business. Following stints as an independent curator and gallery director in the early ’90s, she was hired by billionaire collector and owner of Christie’s François Pinault in 1999 to pioneer a private sales division for the auction house in New York. In her first year, Lévy brought in a hefty $100 million. She worked at Christie’s for four years, establishing the department as an essential revenue stream.
In 2003, she left to start her own gallery, Dominique Lévy Fine Art, partnering two years later with Robert Mnuchin, a former Goldman Sachs banker, to form L&M Arts. By 2011, the gallery was ranked as the third most profitable art dealership in America, with revenues of $275 million, behind only Gagosian (at $925 million) and Pace (at $450 million). However, following an amicable split between Mnuchin and Lévy, the partnership dissolved the next year and both set out on their own.

As Lévy’s and Gorvy’s backgrounds attest, the lines dividing the various sectors of the art world—from galleries to auction houses to museums—are increasingly blurred. As the woman who launched Christie’s private sales department, Lévy herself is responsible for some of these changes. The realm of private sales has continued to swell in value and importance to auction houses’ business models; it currently accounts for 16% of business at Christie’s, according to the auction house. And in today’s softened market, this percentage will likely only grow, as collectors increasingly prefer selling privately rather than putting their work up for auction publicly and risking it getting burned. The rising importance of private sales for auction houses increasingly puts them in competition with dealers—and means that there is also increasingly an overlap in the skill sets necessary to work in each sphere.
This fluidity is evidenced by a series of recent professional moves between private sales and auctions. Respected Sotheby’s auctioneer Tobias Meyer stepped down in 2013 to become a private art adviser. Cappellazzo, Gorvy’s former partner, left Christie’s the following year to found her own art advisory firm, Art Agency, Partners. Then, in January 2016, Sotheby’s announced that it would be purchasing that business for $50 million. This phenomenon has also extended to the institutional realm—Eric Shiner, director of the Andy Warhol Museum in Pittsburgh, announced this summer that he would be joining Sotheby’s new Cappellazzo-run fine art division as senior vice president, focusing on private sales.
Gorvy’s move does suggest, however, that the divisions between the auction world and that of private dealers have yet to fully disappear—and may, in some areas, be widening. Speaking about the pressure he and his colleagues at Christie’s have faced in recent years to land headline-making, record-breaking consignments, Gorvy told the Times, “It was a crazy world, the market was ugly, it was all deal, deal, deal.” He leaves behind a team very adept at that process by art-world standards—not least of which is Loic Gouzer, who has developed a reputation for unheard-of appetite for risk. Perhaps Gorvy sees a greater opportunity to contribute to artistic discourse, scholarship, and curation as a dealer than he did when focused purely on getting paintings off of one collector’s wall and onto another.
Abigail Cain
Related Stories