(via the New York Times)
The Bulgarian-born American artist said this week that he will no longer pursue plans for Over the River, a public artwork conceived with his late wife
Jeanne-Claude
that would have seen swaths of silver fabric suspended across a 42-mile stretch of the Arkansas River in Colorado.
Christo
has already sunk $15 million of his own money into the project, and persisted through 20 years of legal battles with a Coloradan opposition group, which claim the installation would endanger the local ecosystem. The reason the 81-year-old artist gave for walking away from the project? Trump. Christo has said he cannot work on a project that will in any way benefit the new president. Since Trump sits at the top of a federal government, which owns the land, he is, Christo says, technically its landlord. Christo and Jeanne-Claude’s site-specific projects typically draw an influx of tourism and money; last year, their Floating Piers (2014-2016) drew over 1.2 million visitors to Lake Iseo in Italy.

02  South Korea’s minister of culture resigned after it was discovered that she had blacklisted some 10,000 artists, preventing them from receiving funding.

(via Straits Times)
Last Saturday in Seoul, culture minister Cho Yoon Sun resigned after she was arrested over a list she allegedly created or approved, which consists of artists who had criticized former President Park Geun-hye. Creatives from the fine arts, film, theater, music, and literature on the list had been put under surveillance and were kept from receiving private investment funding and government subsidies. Prime Minister Hwang Kyo-ahn, who is acting president, accepted Cho’s resignation. The Seoul Central District Court had put out a warrant for her arrest, with charges of abuse of power and perjury. The latter charge stemming from the fact that she had previously denied her authorization of the list. Former chief of staff to President Park, Kim Ki-choon, was also arrested and has been accused of ordering the creation of the list. News of the blacklist caused alarm among South Koreans who recalled the severe censorship of the press and arts in Seoul during the 1960s through ’80s. Parliament voted to impeach President Park in early December after evidence surfaced that she and an acquaintance, Choi Soon-sil, had swindled nearly $70 million from major corporations like Samsung.

03  The Bronx Museum of the Arts will not be receiving a loan of works from Cuba because of fears that the pieces could be seized by U.S courts.

(via the New York Times)
The decision came after Cuban officials grew concerned the artworks, which are state property, could be seized to satisfy legal claims by American individuals and corporations whose property was confiscated following Fidel Castro’s ascent to power. That’s despite a ruling last year from the U.S. State Department to protect artworks from being seized. The loan would have completed a two-part exhibition based on an exchange between the two institutions. In 2015, the Bronx Museum lent 80 works from its permanent collection to Cuba’s museum. The hoped-for reciprocal loan would have represented the largest collaboration between Cuban and United States museums in more than five decades, Bronx Museum executive director Holly Block told The New York Times. Many of the artists whose works will no longer be traveling will nonetheless be represented in a replacement show at the Bronx Museum slated to open Feb. 17. But one high-profile artist,
Tania Bruguera
, has asked the Bronx Museum not to show her work “Cabeza Abajo/Head Down,” citing the museum’s close collaboration with the Cuban government, which she opposes and has both arrested and harassed her on several occasions.

04  On Sunday, Spain’s Interior Ministry announced the arrest of 75 people across Europe for trafficking in stolen art and artifacts.

(Artsy)
Cypriot and Spanish police led the pan-European investigation, which involved 18 countries and recovered some 3,561 artifacts, according to a EUROPOL statement. Code-named “Pandora,” the wide reaching operation investigated 48,588 persons and searched 29,340 vehicles and 50 ships. Authorities stated that the operation’s intent “was to dismantle criminal networks involved in cultural theft and exploitation, and identify potential links to other criminal activities” with a particular focus on objects coming from “conflict countries.” An additional 92 lines of criminal inquiry have been initiated as a result of Pandora. Still, details of the operation remain unknown, including its impact on the art trade and criminal enterprise.

05  The company art collection of German food manufacturer Dr. Oetker will return a portrait by Anthony van Dyck to the heir of a Jewish art dealer who fled the Netherlands.

(via The Art Newspaper)
The
van Dyck
portrait is of Adriaen Hendriksz Moens, and formed part of the inventory of Jacques Goudstikker, whose heir, Marei von Saher, will receive the work. Hermann Göring, founder of the Gestapo and the commander of the Luftwaffe, forcibly acquired the painting after the Goudstikker family fled in 1940 when Nazis invaded the Netherlands. Rudolf August Oetker, the owner and chief executive of Dr. Oetker, bought the work in London in 1956 from an
Old Masters
dealer, who had acquired it from the Dutch government following World War II. Since 2015, the Oetker Group has been investigating the provenance of works from its collection, and earlier this year returned a Hans Thoma painting to the heirs of its former owner, a German Jewish art collector.

06  A merger between the forthcoming World War II museum in Gdańsk and another war museum led by minister of culture Piotr Glinski has potentially endangered the autonomy of the proposed major new museum.

(via The Art Newspaper)
The Museum of the Second World War in Poland—which opens to the public this February—has been targeted by the ruling Law and Justice (PiS) government officials since the right-wing party took power in 2015. The museum’s director Pawel Machcewicz faced scrutiny for placing too little emphasis on the nation’s activities during the war, and for exceeding the original budget. In 2015, Glinski called for the creation of another war museum in Gdansk to focus on Westerplatte, the battle that marked the start of World War II; months later, he advocated for the merger of the two war museums, which, after a Warsaw court ruled in favor of the move, now seems likely. As a result, government officials would have influence over the museum staff and exhibitions, including how the nation’s era under Nazi rule is portrayed and communicated to the public. “I am convinced that from the start [the Westerplatte museum] was a fake museum, created only to merge with ours,” Machcewicz has said. Machcewicz and the Polish Ombudsman’s office both filed complaints against the merger this fall, but Glinski requested an appeal and the complaints were overruled on January 24. The new, merged institution is expected to be announced on February 1st. Well aware that this fate was a possibility, the museum pushed up its timeline in order to have a soft opening for journalists this week, before officials could make changes to the museum’s exhibitions.

07  MoMA has lost a sculpture it commissioned from artist Pat Lasch in 1979.

(via the New York Times)
The artist
received the bad news last fall when she contacted the museum, hoping to borrow it for an upcoming retrospective of her work at the Palm Springs Art Museum in California. After having trouble reaching an official who could help, she received an email from MoMA’s head registrar, Stefanii Ruta Atkins, stating, “I regret to inform you that, following a thorough review of paper records and a physical search of our storage locations, we have not been able to locate the object.” The museum commissioned Lasch to create the 5-foot-2-inch-tall cake made of paper, wood, and paint as part of its 50th anniversary that year. In a statement, the museum said the work was never destined for its permanent collection, but rather was a one-off for its event, and that after deteriorating, the object was discarded. Lasch suspects her relatively low-profile and female gender may have had something to do with the loss, too.

08  The Los Angeles County Museum of Art has acquired the popular Rain Room.

(via The Art Newspaper)
The installation by
Random International
, in which visitors experience the sensation of a rainstorm without actually getting wet, will remain at the Los Angeles County Museum of Art (LACMA) where it is currently on view. The piece is being gifted to the institution by the home-furnishing company RH (Restoration Hardware). Rain Room (2012) has been a consistent crowd pleaser wherever it has been exhibited. After RH lent Rain Room to LACMA in late 2015, some 190,000 museum-goers visited the piece during an extended 15 month run. Museum director Michael Govan, who helped facilitate the original showing of the work, told The Art Newspaper that “the response to the work in Los Angeles has been tremendous over the past year. The public here has come to ‘own’ the Rain Room, so it's great that it will stay in the city.”

(via the New York Times)
The artist, who is also an actor and an activist, was protesting outside the Museum of the Moving Image, in Astoria, Queens, as part of an art installation in which members of the public were invited to repeat the words “He will not divide us” while being livestreamed. He was arrested after midnight early on Thursday and charged with misdemeanor assault and harassment, but was not jailed, according to a detective with the New York City Police Department. Authorities say that police were called to the scene after LaBeouf got into an altercation with another man, pulling off his scarf and scratching his face. The work, done in collaboration with the artists Nastja Säde Rönkkö and
Luke Turner
, was mounted on Inauguration Day. The artists hope to livestream people repeating “He will not divide us” 24 hours a day, 7 days a week.

10  A British art forger has been sentenced to three years and seven months in prison after pleading guilty to charges of fraud and forgery.

(via BBC)
The forger, 56-year-old Richard Pearson, admitted in Newcastle, England’s Crown Court to having sold 14 artworks to a gallery in Northumberland. He claimed that they were the work of
Norman Cornish
, an artist known as a “Pitman painter.” Cornish gained the moniker due to having learned to paint while working as a miner. Pearson is said to have received £50,000 from the gallery for the works, four of which were subsequently sold to collectors. A judge said that Pearson’s forgeries were “convincing.” But he was found out for a simple mistake: using decimal pricing on a forged receipt for the works, which purported to be from the 1960s when England still wrote out prices using pounds, shillings, and pence. The gallery has since refunded the collectors involved and Pearson told the court that he will repay the gallery for the paintings using funds from selling an inherited fleet of automobiles.
—Artsy Editors
Cover image: Christo, Over the river Project for the Arkansas river, State of Colorado, 2006. Image courtesy of Galleria Tega.
Related Stories 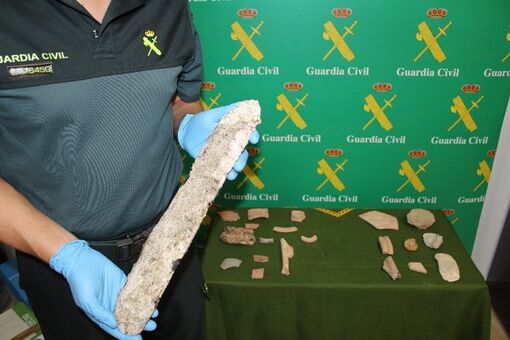