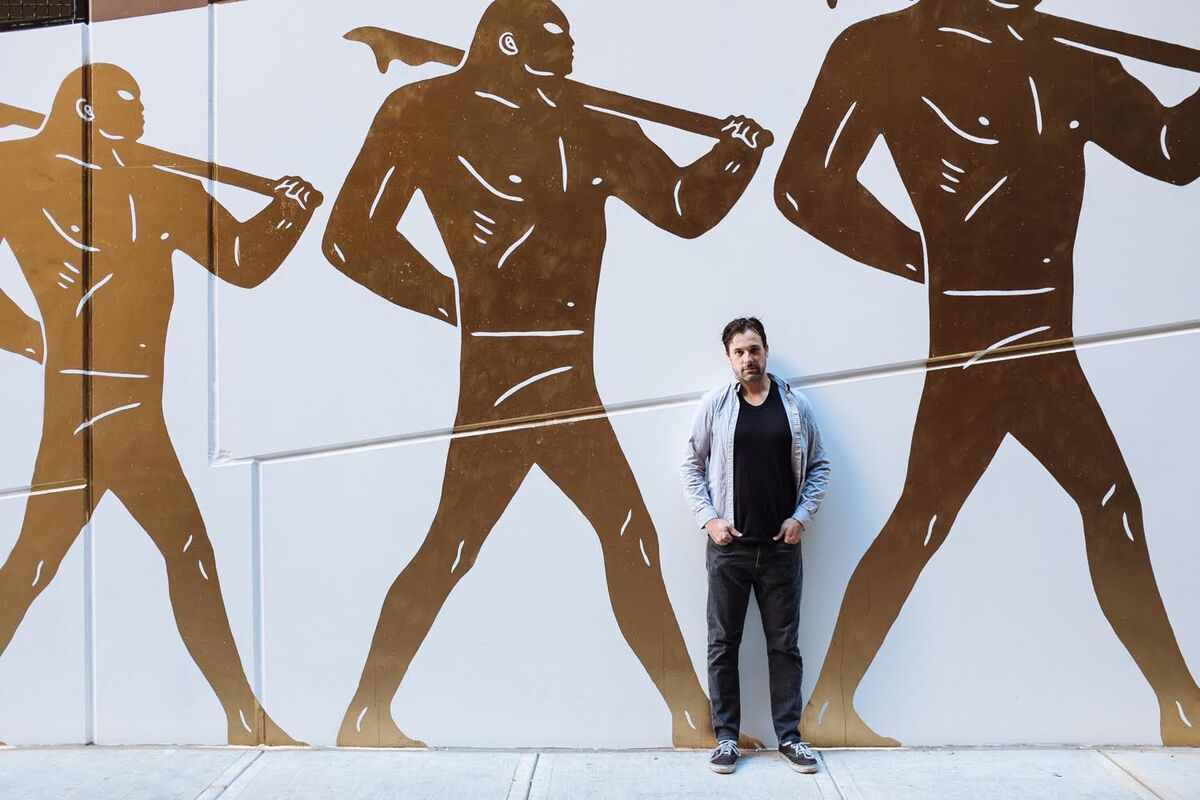 The L.A.-based painter
Cleon Peterson
’s work is not for the weak of heart. His unflinching depictions of extreme brutality seek to make few poetic or symbolic gestures. Rather Peterson’s work finds uncomfortable truths in the violence of the everyday, portraying vivid scenes typically reserved for conflict zones and gory movies. “Everything I do is a reaction to the world we live in,” says the artist. This worldview, if not exactly rose colored, inspires close and critical readings of modern life.
Peterson’s work, 20 pieces of which will be on view at Detroit’s Library Street Collective beginning August 29th, is gritty in part because of the artist’s lived experience. A former drug addict, Peterson channeled the nervous energy of his eventual recovery into these stark, acrylic-on-canvas works. Surviving a self-destructive past, says Peterson, taught him “not to be stagnated by social fear. I got on this kick where I started approaching life like I’d approached getting drugs.”
The result: black-and-white figures acting out stabbings and frozen moments of police brutality, their bodies shaped in poses that recall classic Greco-Roman sculpture. They’re complemented by the occasional splash of bright accent colors, the tones of which have been compared to the palette of ’80s punk. The artist, who has close relationships to street artists, such as
Shepard Fairey
, deals in themes that have been integral to anti-establishment artists of the 21st century: race, religion, power. For the current show, Peterson has focused on revenge, what the artist calls a “current poison running through our culture and other cultures around the world.” 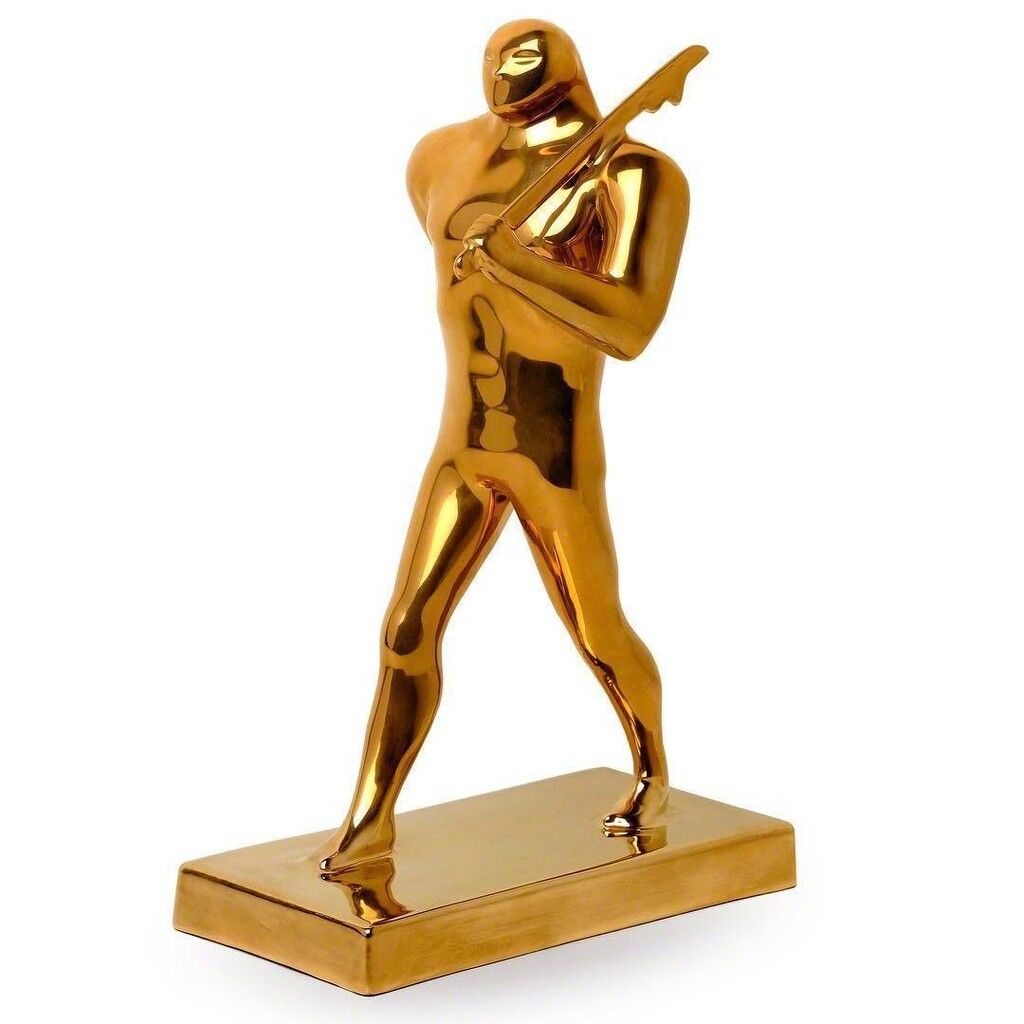 The Marcher (Gold), 2015
Library Street Collective
Peterson complements the brute literal force of his paintings with sly titles. In Balance of Power (2015), two figures stab each other simultaneously—a scene often rendered in action movies, yet here shown as grave and mythic. One painting, titled The Guilty (2015), shows one of Peterson’s signature ogre-like men hanging the other. Here, as in his work at large, it remains unclear who the guiltiest party could be.
—Molly Osberg
“Cleon Peterson: Poison” is on view at Library Street Collective, Detroit, Aug. 29–Oct. 15, 2015.
Follow Library Street Collective on Artsy.
Related Stories