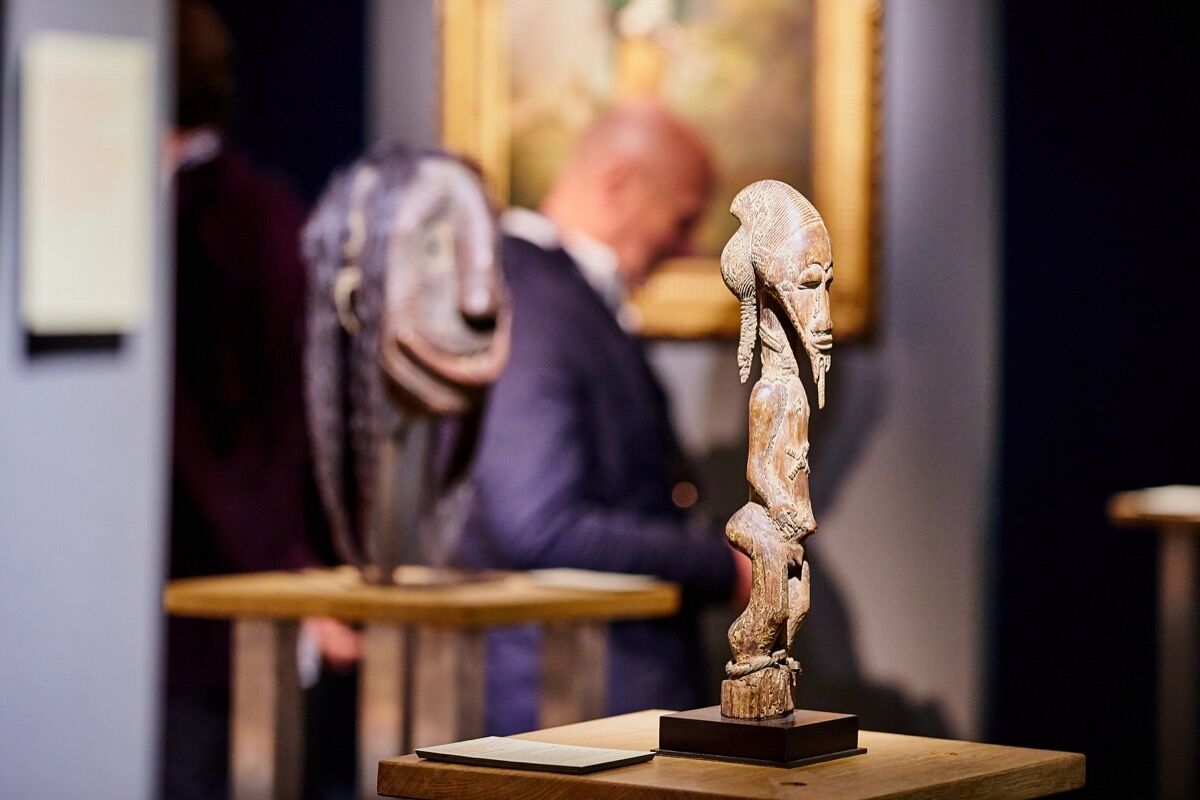 Soaring prices for a handful of prestige objects have pushed the value of tribal art sold at auction to a nearly seven-fold increase over recent years. But dealers at this week’s Brussels Antiques & Fine Art Fair (BRAFA) suggest the market is increasingly top-heavy and dominated by aging collectors.
Tribal art’s total auction value rose from €13.7 million in 2001 to €52.8 million in 2013—then surged to €92.1 million in 2014, according to a 2015 report published by Artkhade, Art Media Agency, and Art Analytics. While figures for subsequent years have yet to be released, a handful of standout results from auction houses suggests that the upward trajectory in prices continues apace.
For example, a 16th-century bronze
Benin
head sold last year for a “substantial seven-figure sum” in a private deal brokered by the U.K. regional salesroom Woolley & Wallis in association with the London- and Paris-based dealer Entwistle. It is thought the result could be a record for any Benin work of art.
Dealers at BRAFA past week said strong appetites for trophy pieces testify to the growing emphasis on the top end of the tribal art market, mirroring trends in other sectors of the art market. For example, in 2014’s record-setting year for the tribal art market, a mere 14 lots made €39 million, amounting to 42% of the annual total. That year also saw a new tribal art record notched at auction—€9.7 million for a wooden Senufo statue from the Myron Kunin collection, which sold at Sotheby’s New York.
Collector focus in the sector has remained predominantly on African and Oceanic objects. All of the top 10 auction prices between 2000 and 2014, were for African pieces.
The growing import of trophy pieces can be traced to the 2008 global financial crisis, dealers at BRAFA said. Arthur de Monbrison, the son of the veteran Paris-based African and Oceanic dealer Alain de Monbrison, said mid-tier collectors eyeing works priced between €5,000 and €20,000 have been more reluctant to buy since the crisis hit. 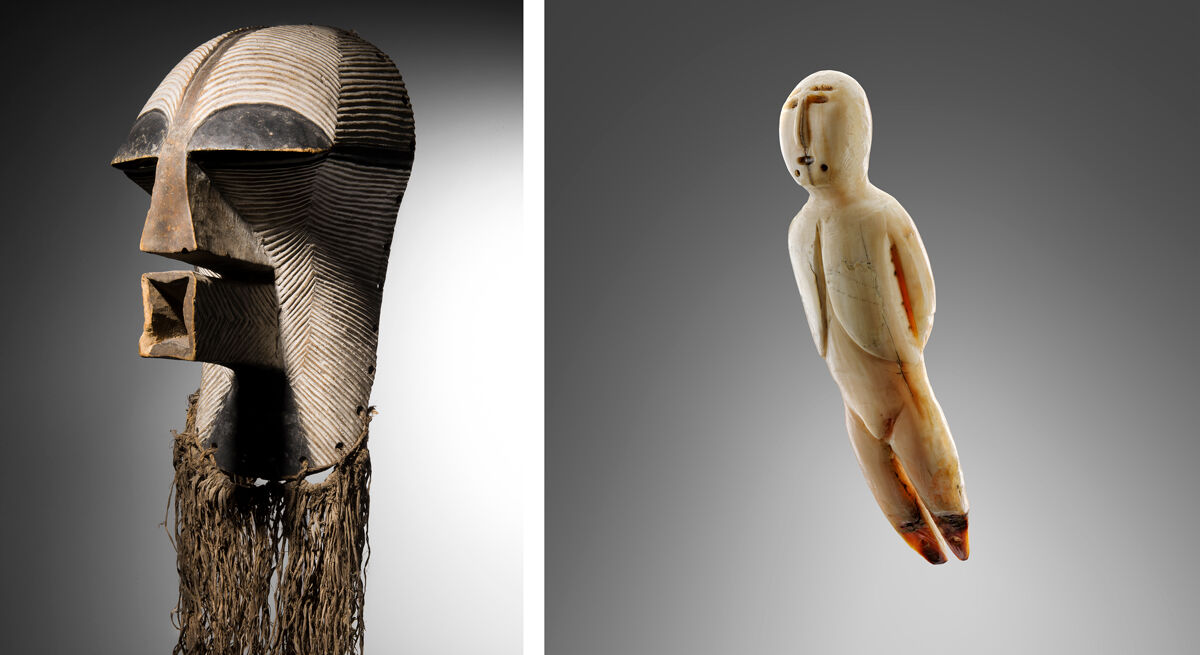 “People who are on this kind of budget are thinking more carefully about their purchases,” he says. “It’s forced us to work more on major pieces from important collections.” Indeed, Monbrison’s stand, where prices range from €8,000 to €500,000, is littered with pieces with excellent provenance, including objects once owned by Charles Ratton, a pioneering Parisian dealer in the field.
As with other sectors of the market, art fairs play an increasingly important role for tribal art dealers, as they seek to develop new and younger collector bases. While Brussels and Paris are currently the established centers for tribal art in Europe, if not worldwide, fairs in Asia are giving dealers a chance to connect with potential collectors there. In a bid to expand its Asian collector base, Monbrison’s gallery took part in the International Antiques Fair in Hong Kong for the first time last May—with mixed results.
“Asia would be a great market to crack, but it will take time,” Monbrison says. Dealers say drawing in new collectors can pose a challenge, since tribal art prices escalate less rapidly than in other sectors of the market. “Tribal art takes more than a decade to see a return—not two to three years like contemporary art. It’s such a small market, you have to be patient.” 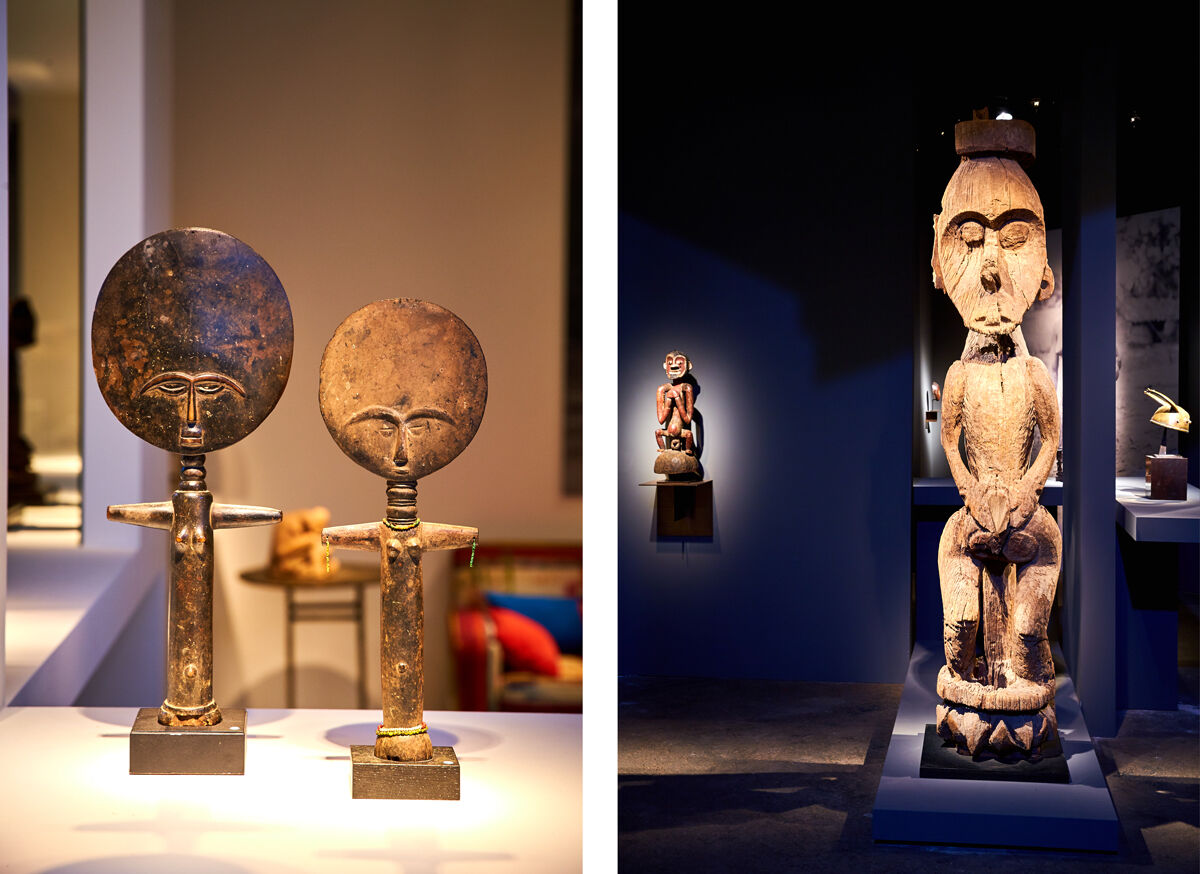 Advertisement
That patience is often a function of collectors’ deep commitment to the genre, said the Paris-based dealer Bernard Dulon, who is also showing at BRAFA. (His stand features a 2.5 meter-tall Borneo statue from the collection of the Paris-based fashion designer Kenzo, priced at €400,000.) Dulon called collectors in the field “incredibly knowledgeable,” adding that with tribal art “it’s harder to just put a price on a piece; you need to study it.” This level of education creates a strong and stable market, the dealer suggested.
However, dealers have in recent years sought to lure younger collectors to the category whose traditional base is aging. Many are hoping to capitalize on the links between African art and Modernism to entice a younger generation of modern and contemporary art collectors. (
Gauguin
and
Picasso
are among the many Modernist masters influenced by African and Oceanic art forms.)
The strategy appears to be paying off. Didier Claes, the Brussels-based dealer and vice-chairman of BRAFA, is showing two large-scale contemporary abstract canvases by the Belgian painter Sophie Cauvin alongside African objects. The move reportedly drew a new collector into Claes’s stand on opening night. The collector went on to purchase the dealer’s most expensive tribal piece on offer, priced at €700,000.
If successful on a larger scale, the effort to recruit new collectors could see tribal art grow beyond what is currently a niche portion of the art market: The €92.1 million achieved at auction in 2014 represents just 0.68% of total auction sales that year.
Anny Shaw
Related Stories 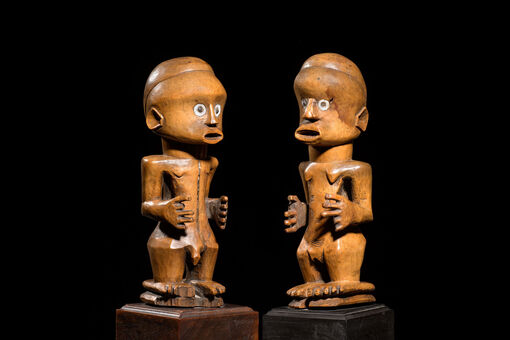 Everything You Need to Know about the Market for Tribal Art in Seven Numbers
Artsy Editors
Nov 16, 2015 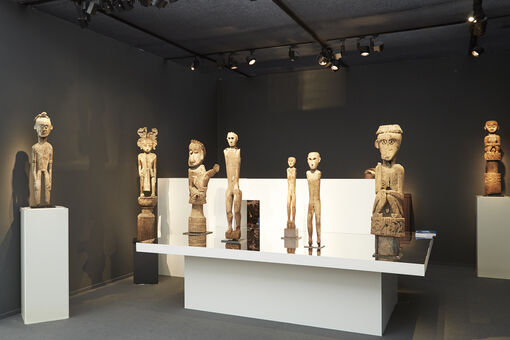