The Colorful and Clairvoyant History of Aura Photography 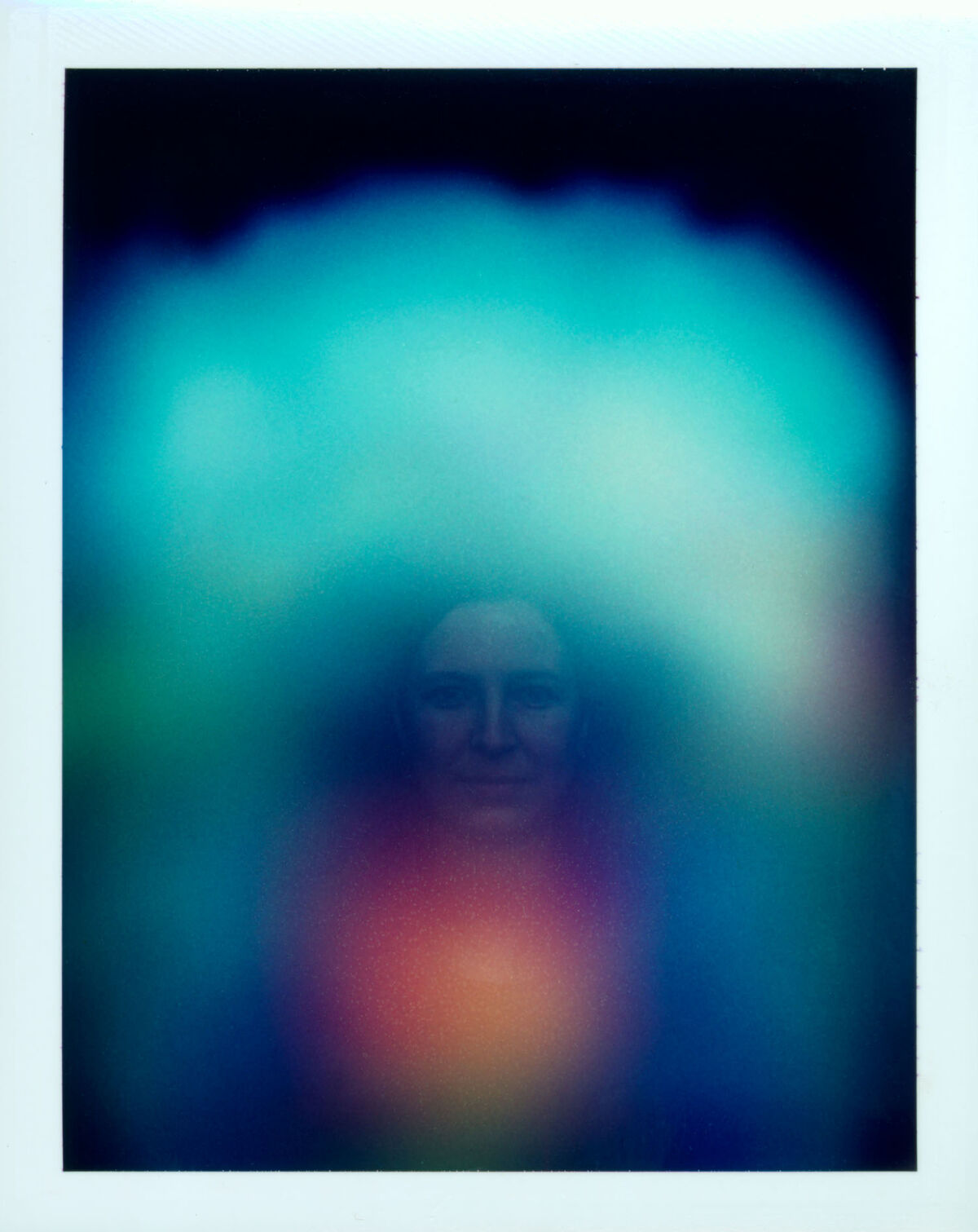 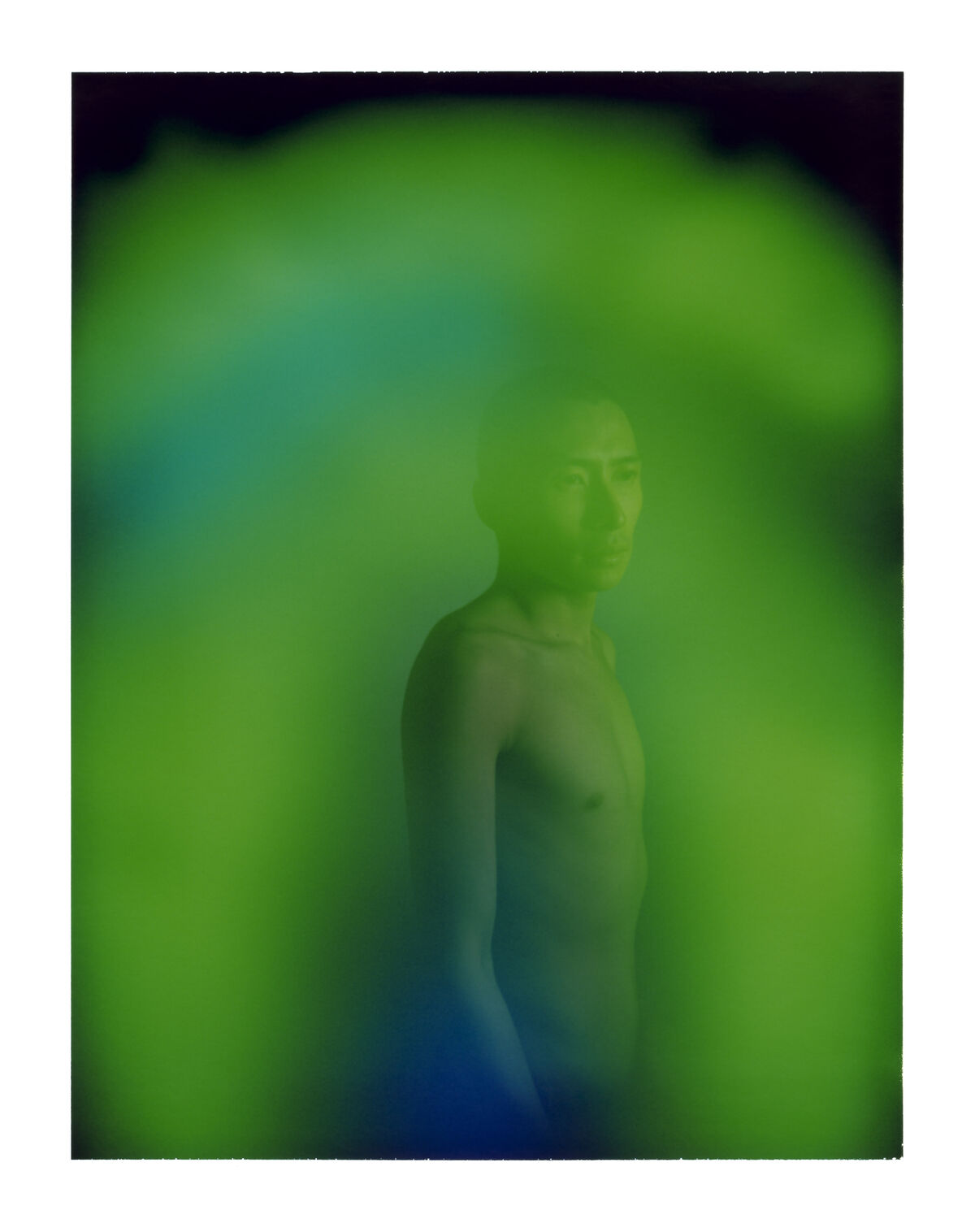 In 1936, cultural critic Walter Benjamin famously posited the loss of the “aura” in art—the aura being a mystical force that stemmed from an artwork’s unique presence in time and space. The rise of photography and film—media capable of being instantly reproduced—deprived images of a kind of magic, Benjamin wrote in his essay “The Work of Art in the Age of Mechanical Reproduction.” However, while photography and film may have posed challenges to the notion of the artistic aura, they were the media of choice to capture the spiritual variety: When Benjamin penned his treatise, “aura photography”—efforts to capture psychic or metaphysical emanations—had been around for decades.
More recently, the practice of capturing one’s aura on film is trending again. Over the past few years, roving aura photography lab Radiant Human has held pop-ups at major cultural destinations including the Aspen Art Museum and last year’s Pioneer Works Village Fête. Guests at actress Zosia Mamet’s wedding had their auras captured by the lab; so, too, did the staff of Gwyneth Paltrow’s lifestyle brand, Goop. 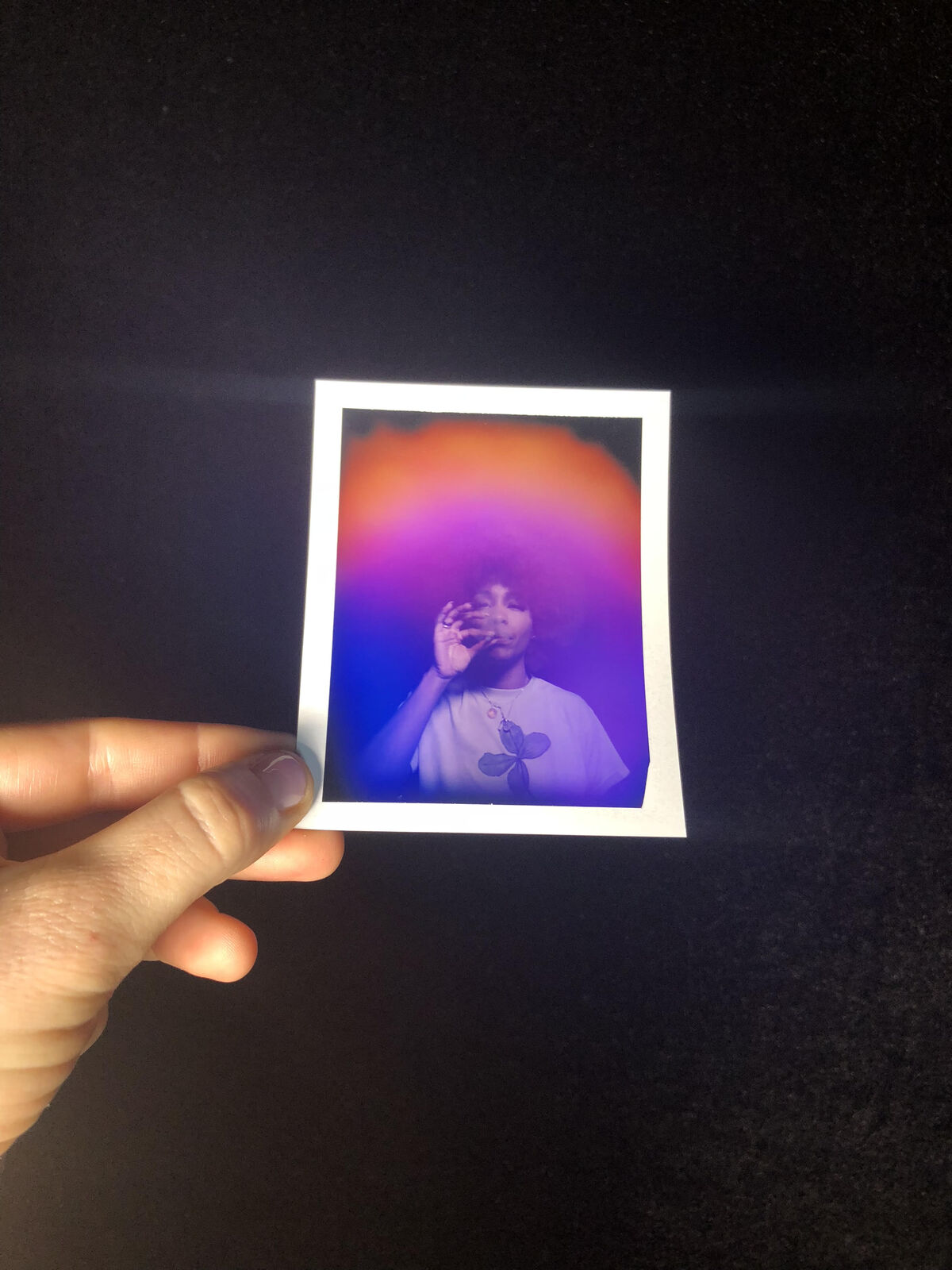 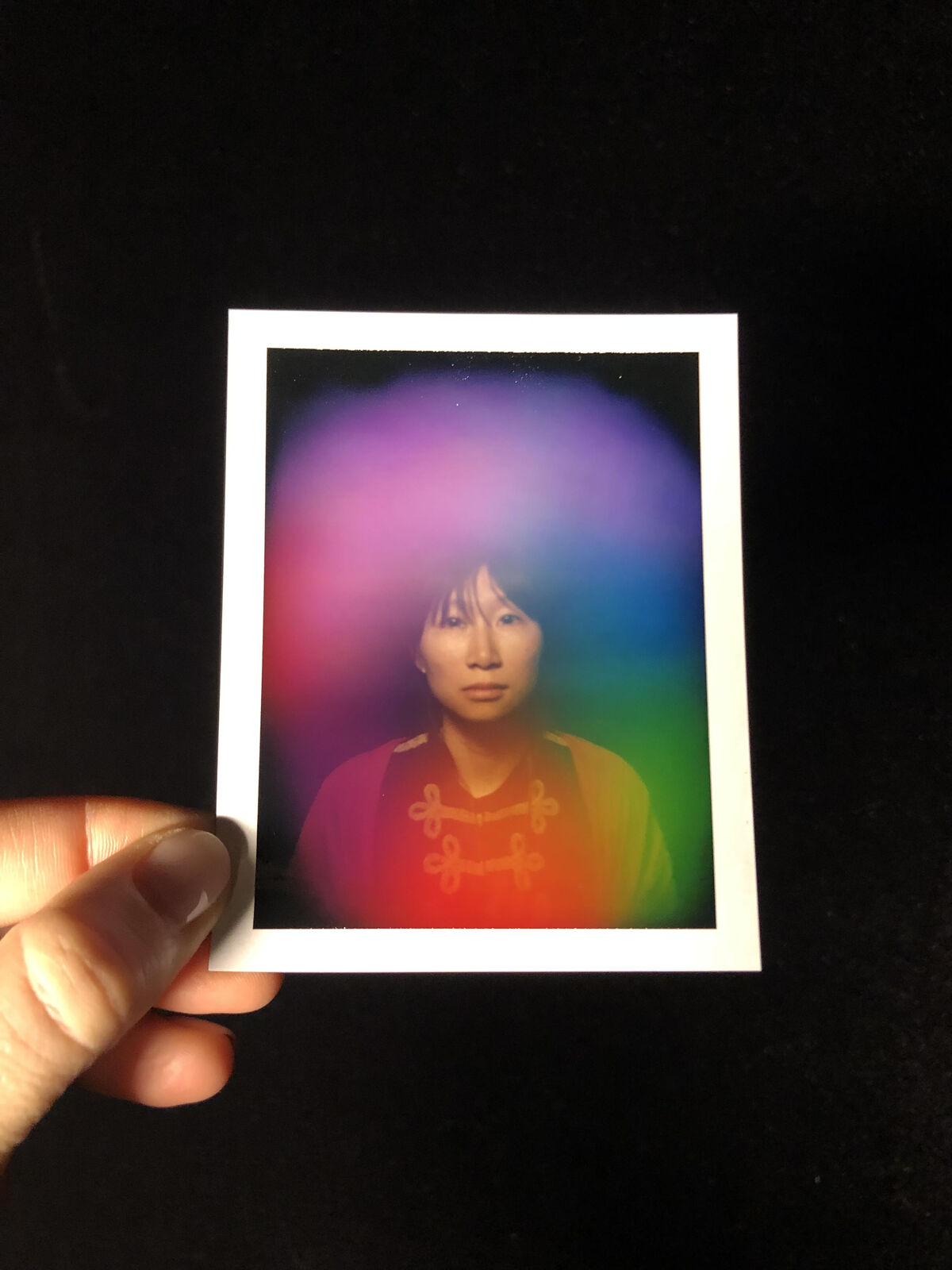 In New York City’s Chinatown, a queue for aura photographs snakes around the interior of Magic Jewelry, a shoebox of a store located in a mini mall. And as it is virtually de rigueur to post one’s colorful aura on social media, searching #auraphotography on Instagram yields an impressive 11,000 results. The practice’s present-day popularity may in part be due to its ability to “serve as a conduit for those seeking a new kind of self-exploration,” says Christina Lonsdale, the artist behind Radiant Human. “Perceptions can pivot with the click of a shutter, illuminating our truest selves, and giving new light to what was there all along.”
The notion that a camera could lend the photographer its clairvoyant eye originated in the Victorian era. The environment was primed: Technological advancements in the field of photography, such as the development of the wet collodion process, made the medium relatively accessible, while paranormalism was taking North America and Europe by storm. Among the paranormal beliefs popular during the Victorian age was Franz Anton Mesmer’s 18th-century theory that all animate and inanimate things were charged with a “vital fluid.” (Mesmer also claimed that his hands secreted invisible energy that allowed him to tap into this universal flow.) 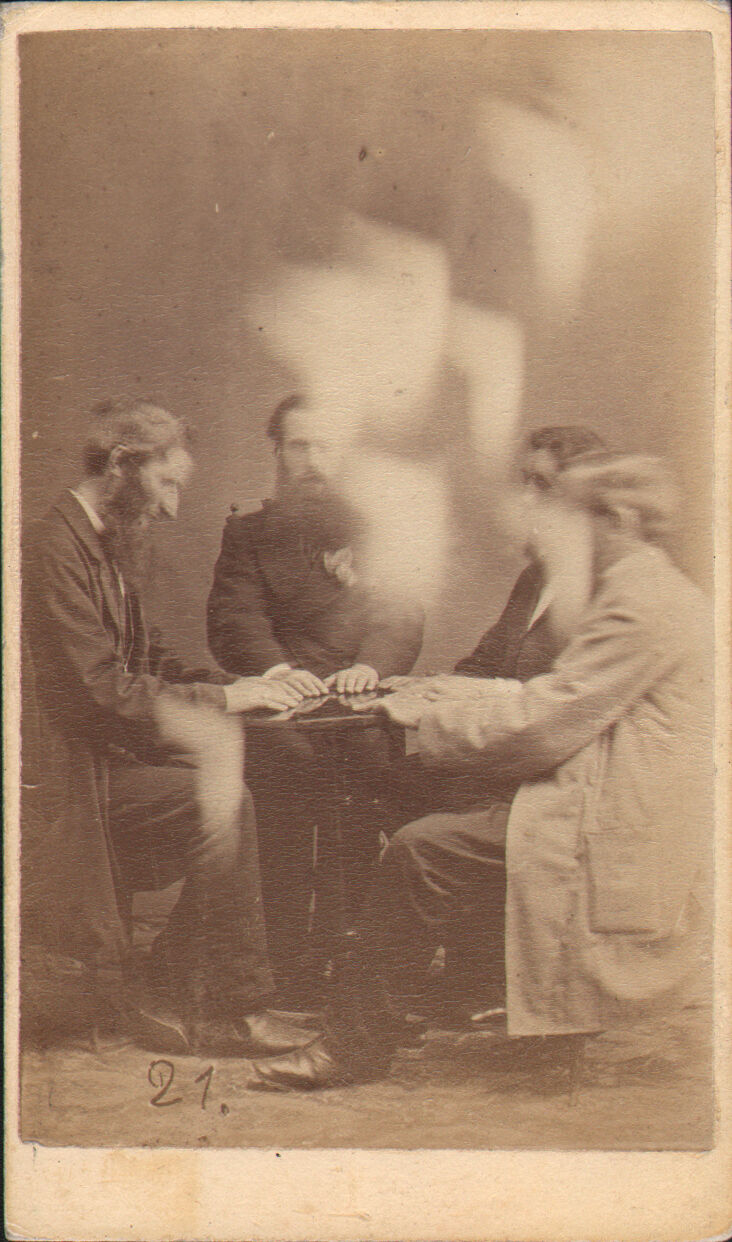 Advertisement
While some occult photographers sought to record ghostly forms, those inspired by Mesmerism wanted to show the vital fluids that comprised objects and beings. A psychic, the argument went, could see these invisible energies—why couldn’t a camera? In the 1860s, Austrian chemist Karl Ludwig Freiherr von Reichenbach began photographing objects in complete darkness, trying to capture their energy, or “od.” His work marked the outset of effluvist photography, a subset of Victorian occult photography and the progenitor of today’s Goop-sanctioned aura photograph.
It was Wilhelm Conrad Röntgen’s discovery of the X-ray in 1895 that underpinned effluvist photography. With new radiographic equipment, the invisible could be made visible; it was science. In France, just before the turn of the century, physician Hippolyte Baraduc and soldier Louis Darget utilized the technology to document vital fluids by pressing subjects’ fingers or foreheads onto sensitized photographic plates; Baraduc and Darget believed the images were keys to perceiving the health, mood, or even thoughts of the subject—a predecessor to the notorious thoughtography of psychic Ted Serios. The imprinted a-photographic forms inadvertently advanced the field of abstract photography, as well, inspiring artists like
László Moholy-Nagy
.
The commingling of radiography and the occult could also be seen in a curious painting by
Marcel Duchamp
, Portrait of Dr. Dumouchel (1910), which depicts Duchamp’s childhood friend, a medical student in radiology, with an otherworldly light emanating from his hands. The radiance evokes the halos surrounding hands in paintings of saints—or effluvist photographs. 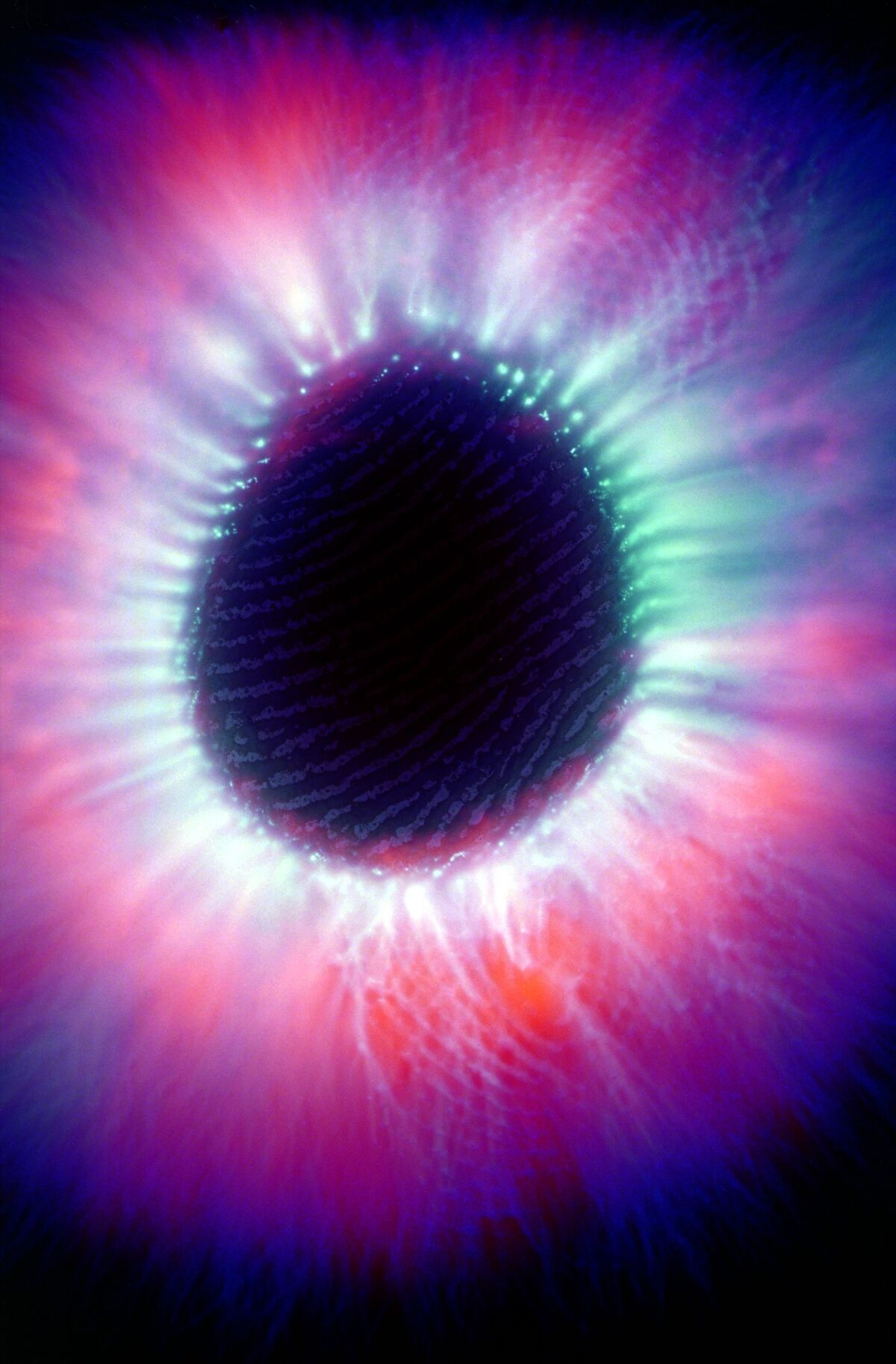 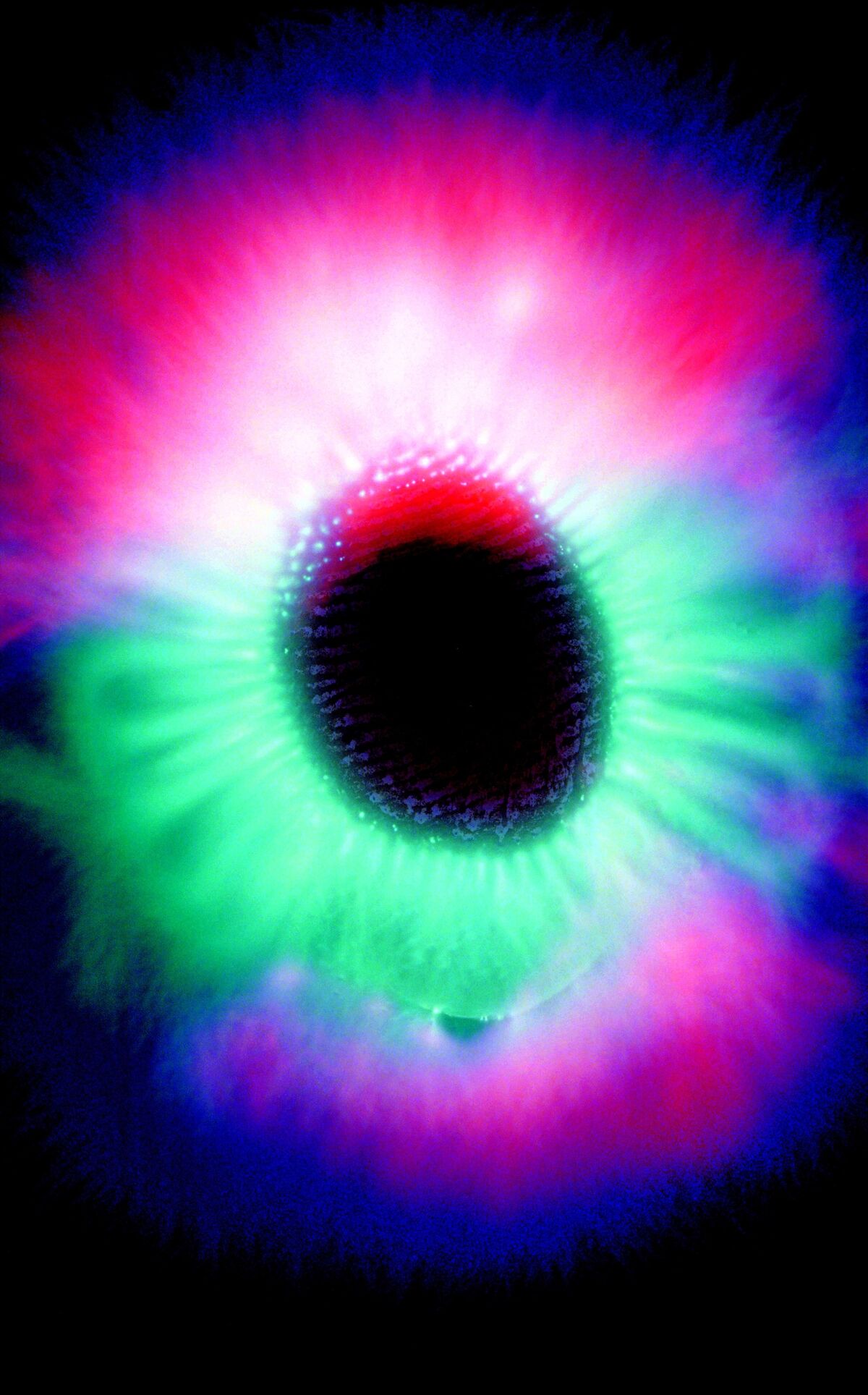 Meanwhile, in Russia, experimentation with components of radiographic devices gave rise to electrography, the basis of aura photography today. Scientist Jakob von Narkiewicz-Jodko believed that electricity was imperative to reveal a subject’s vital energies. His photographic process called for an induction coil, which he used to electrically charge a metal plate. When an object or body part was placed on photosensitive material atop the charged plate, the coronal discharge produced a glowing silhouette.
Decades later, in 1939, Semyon and Valentina Kirlian, a Russian electrical engineer and his biologist wife, independently discovered coronal discharge photography and dubbed it “Kirlian photography”—like Narkiewicz-Jodko, the Kirlians believed that these photos could provide telling psychic insights. At that time, color photography had become commercially viable, and the striking color spectrum of Kirlian photography played a role in its spread. The couple’s findings, which only became public in 1958, garnered attention in the West when the book Psychic Discoveries Behind the Iron Curtain was published in 1970.
A century of efforts to photograph the aura resulted in a clunky camera devised in the New Age milieu of the 1970s by a Californian entrepreneur named Guy Coggins. Coggins, who has a background in electrical engineering and a LinkedIn endorsement for chakra balancing, first brought his AuraCam 3000 to market in the early 1980s, and later released the AuraCam 6000 (which is still used today by the likes of Radiant Human and Magic Jewelry). While Kirlian photography created contact prints, Coggins’s AuraCam adapted Kirlian methods to produce instant photographs, linking an instant-film camera to two charged metal plates containing biofeedback sensors.
For each reading, the subject places his or her hands—ever the source of auratic energy—upon the plates, which register electromagnetic data; an algorithm then translates specific frequencies into hues predetermined by Coggins and a team of clairvoyants. The first exposure captures the person’s likeness, while the second superimposes the generated hues. The polychromatic haze, which differs from photograph to photograph, is purported to represent the subject’s aura and provide insight into his or her chakric energies. Part–spiritual medium and part-psychoanalyst, the photographer interprets the clouds to furnish the subject with self-knowledge. (The later iteration, the AuraCam 6000, comes with “Aura Analyzer” software that uses text and what is essentially ASCII art to play the role of the interpreter.)
Coggins’s latest innovation is WinAura, an at-home aura detector and photography software package using a computer webcam, a proprietary algorithm, and biofeedback sensors. Though the AuraCam 6000—which aligns more neatly with the return of analog photography and the popularity of art “experiences”—is far more popular than WinAura, Coggins’s latest technology puts aura readings in the hands of the subject. In the age of social media, the person receiving the reading has added a distinct step to the aura photography process, disseminating the image of their chakric energy online, each one joining thousands of others in Instagram’s neat, multicolored grid. In contrast to its predecessors, today’s aura photography uses an expansive virtual network to capture a collective energy or mood: aptly, a shifting picture of our time.
Cassie Packard
Related Stories 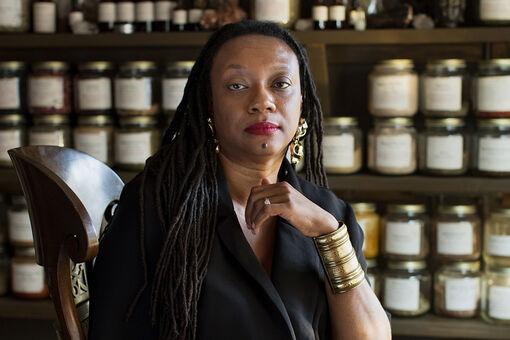