How Columbus, Indiana, Became a Mecca for Modernist Architecture 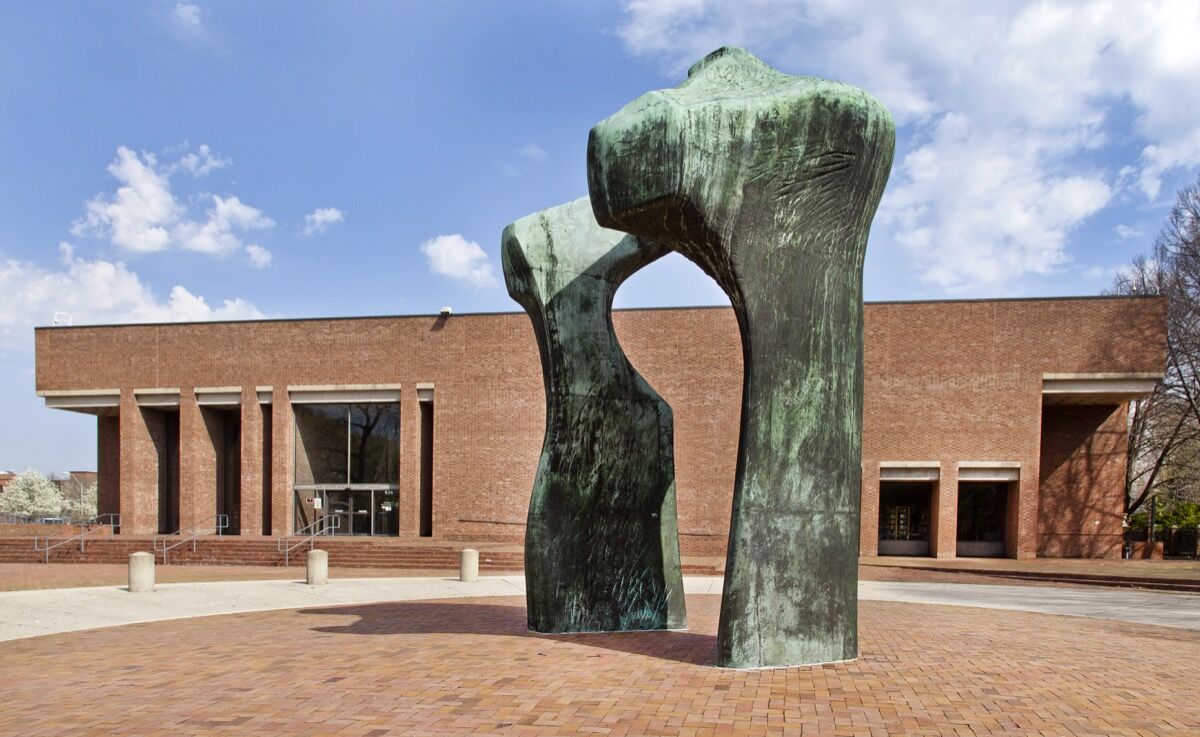 In the heyday of American industrialism, companies often shaped whole communities, serving as a town’s primary employer and economic driver. One of these so-called company towns, Columbus, Indiana, is home to Cummins Engine Company, a humble population of 46,000, and a disproportionate number of iconic mid-century modern buildings.
Located 50 miles south of Indianapolis, Columbus owns dozens of architectural masterworks by internationally renowned designers from the era.
Eliel
and
Eero Saarinen
, and more than a handful of Pritzker Prize Laureates, including
I.M. Pei
,
Richard Meier
, and
Robert Venturi
, began developing projects there with sudden regularity in the mid-1950s. Several of their building works are located along the city’s Fifth Street, otherwise known as the Avenue of the Architects.
An unlikely mecca of modernist architecture, it’s a place where banks, churches, office buildings, and schools (in short, the core of the city’s civic life) are also frequent stops along an architectural tour route trodden by thousands of design scholars and enthusiasts each year. The influential Indianapolis-based magazine Saturday Evening Post, noting the city’s curious character combination of small-town charm and design sophisticate, famously dubbed it “the Athens of the prairie” in 1964, an apt tagline that has held over the years. 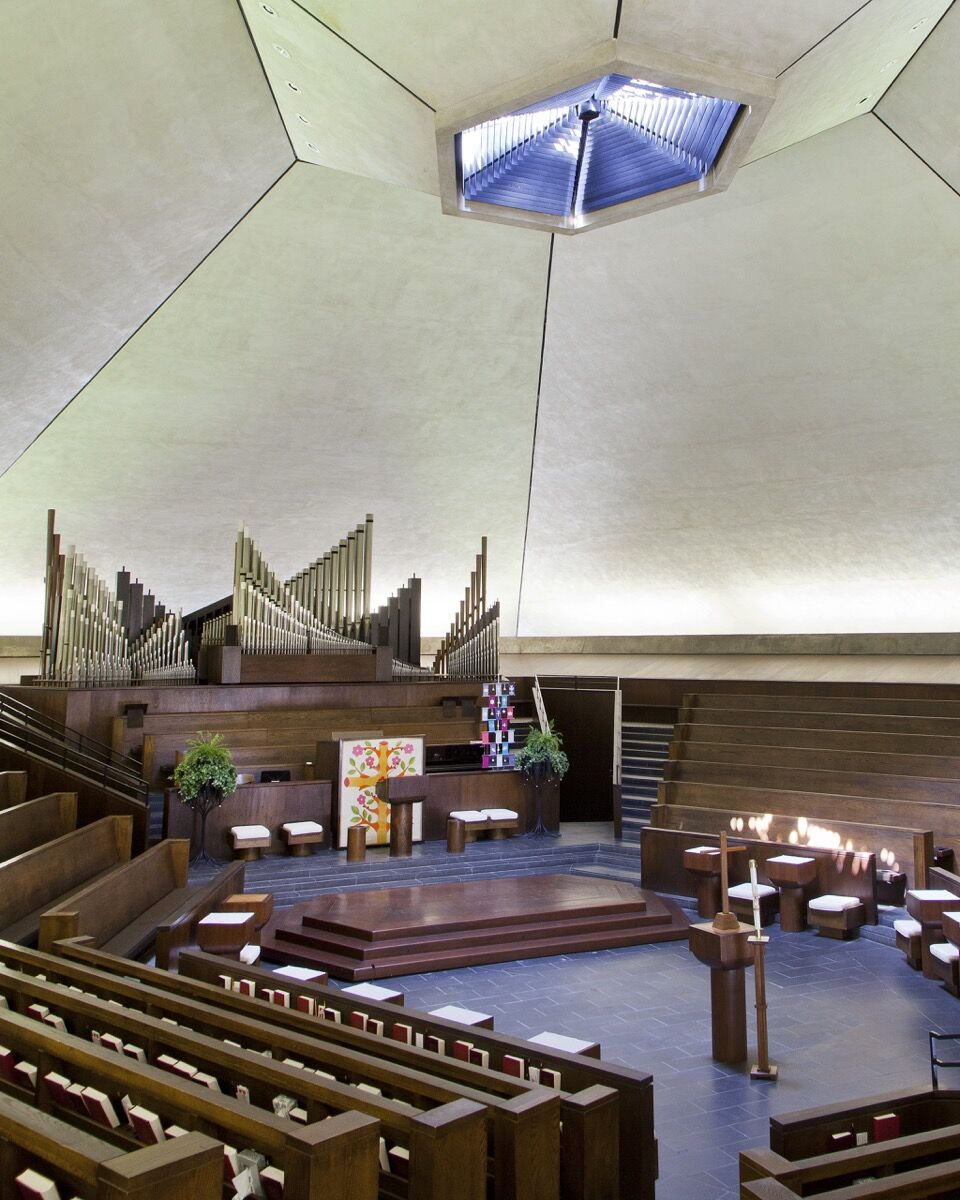 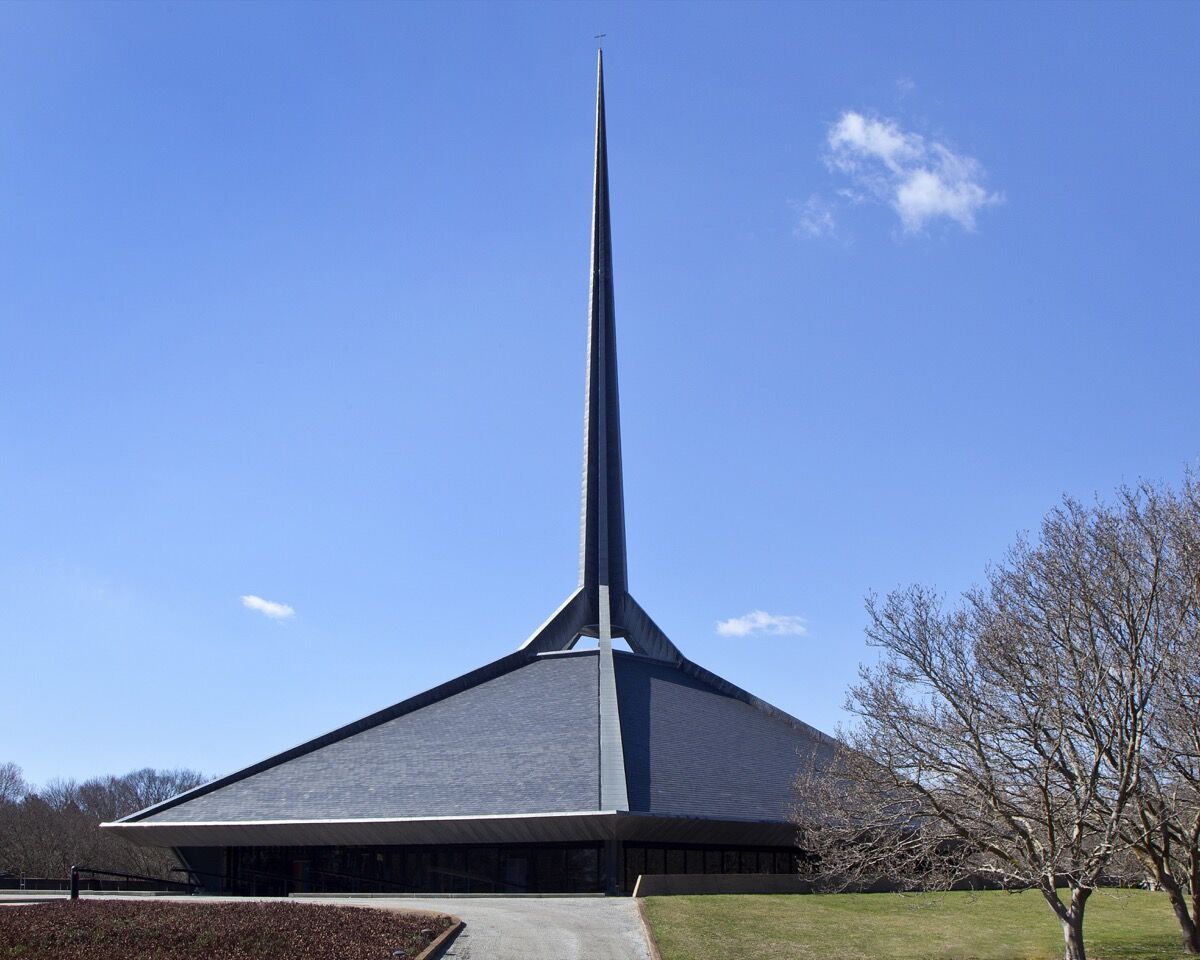 The city’s world-class modern design has earned it the credential of being  sixth in the list of the nation’s most significant cities for design innovation and heritage, according to the American Institute of Architects (Washington, D.C., in case you were wondering, is fifth). It also earned a top 20 spot in National Geographic Traveler’s list of historic destinations around the world.
The city’s official visitor center recommends 75 notable architectural sites in all, seven of which have been designated national historic landmarks. One is the Finnish-American architect Eliel Saarinen’s First Christian Church, completed in the midst of World War II, in 1942. With a flat roof, brick and limestone cladding, and grids of windows, the boxy modern complex was a bold departure from the city’s historic mix of Victorian and vernacular buildings.
Quickly embraced by the community, Saarinen’s church all but sparked a local design revolution that took off in 1954 when J. Irwin Miller, a third-generation executive of Cummins, began the Cummins Foundation Architecture Program to bring great architecture to the city, which faced growing need as the post-war baby boom expanded the local population. 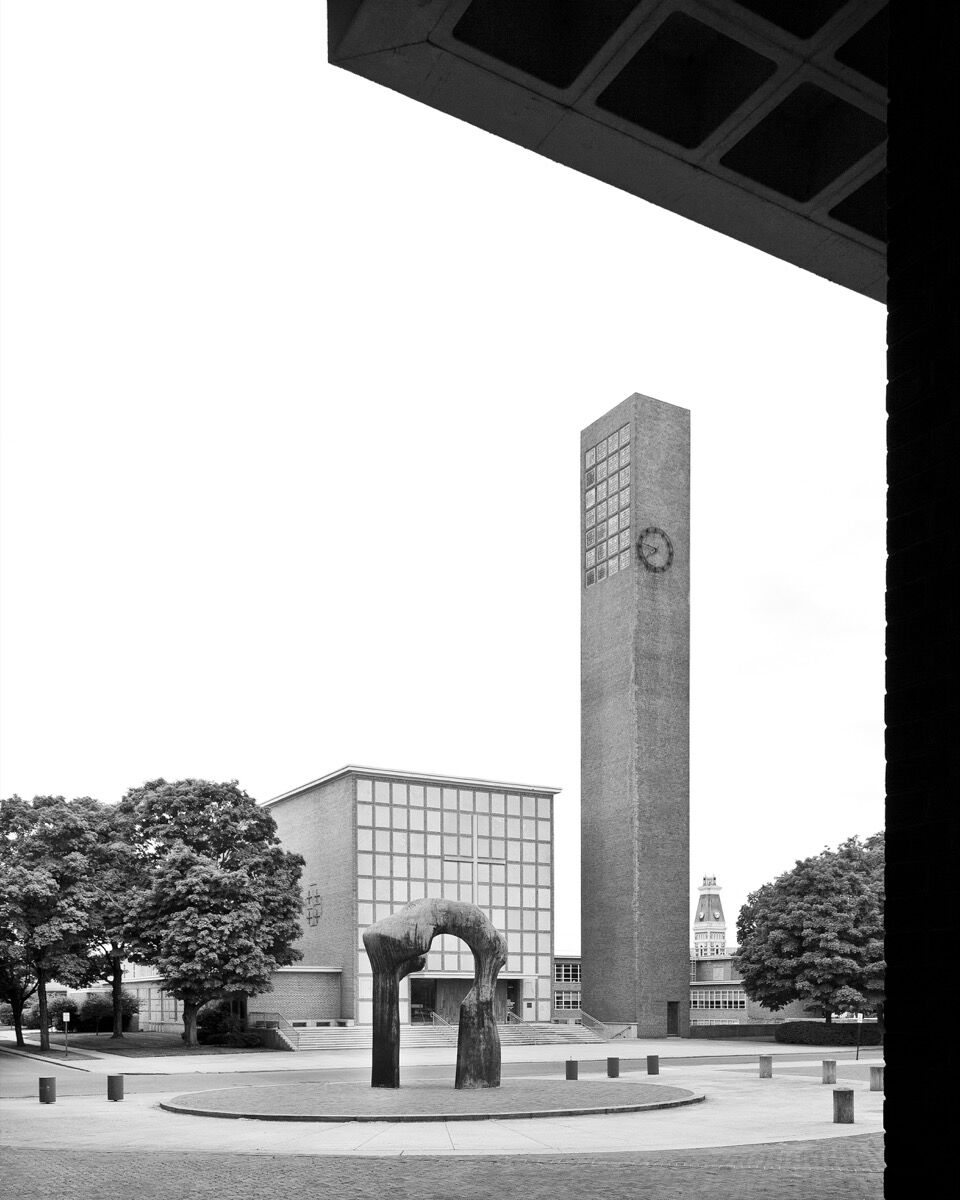 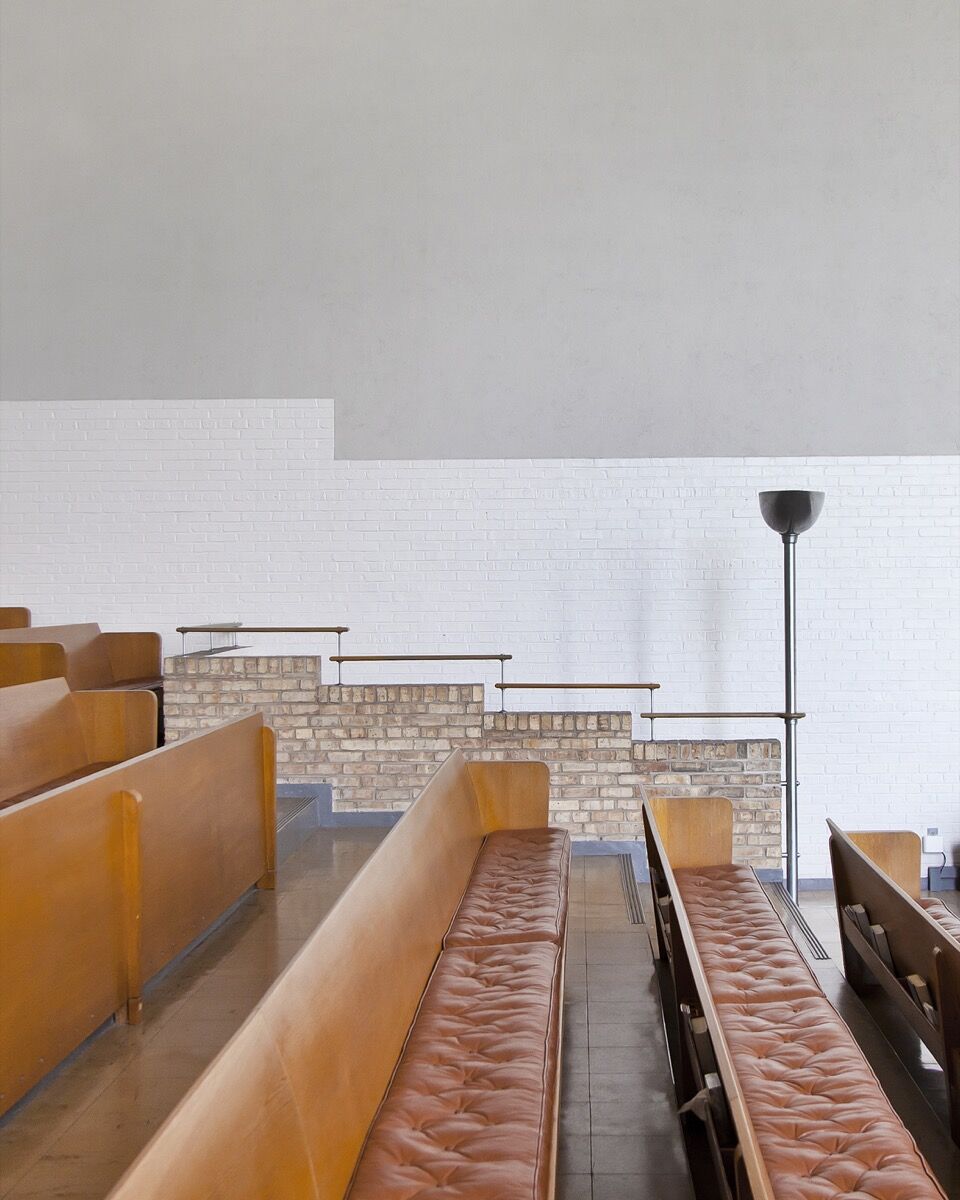 Advertisement
A business magnate with a strong presence in the community, Miller had found a love for architecture while studying at Yale, and he recognized its power as an engine of social progress. He was also deeply engaged in civic activism, advocating for the Civil Rights Act of 1964 and playing a hand in organizing the March on Washington with Martin Luther King, Jr.
In developing the architecture program, Miller would later recall the words of Winston Churchill: “We shape our buildings; thereafter they shape us.”
The Cummins Foundation offered to cover architects’ fees for new civic developments as well as a percentage of construction costs, with the one caveat that the designers be chosen from a predetermined shortlist. “There is no other place in which a single philanthropist has placed so much faith in architecture as a means to civic improvement,” wrote New York Times critic Paul Goldberger.
Architectural Forum estimated in 1970 that, from 1954 onwards, an average of two modern masterpieces were erected each year in Columbus, ranging from office buildings to churches, schools to a country club. These included Eero Saarinen’s Irwin Union Bank building (now the Irwin Conference Center), a one-story glass pavilion topped with a grid of domes, completed in 1954, and his North Christian Church, finished in 1964, a hexagonal chapel featuring an oculus and topped with an otherworldly, rocket-like spire. Pei designed the Cleo Rogers Memorial Library, a brick and concrete edifice with an expansive public plaza that transformed civic life when it opened in 1969. The same year, influential architecture firm Skidmore, Owings & Merrill completed the newspaper plant for the local daily, The Republic. The list continues.
Miller believed that if the town held itself to high standards of architecture and design, the benefits to society would be manifest. “Whatever you do in this world, you’ve got a responsibility and a privilege of doing it the very best way you can,” he said. “And whether it is architecture or cooking or drama or music, the best is none too good for any of us.”
The Millers’ own family home in Columbus, a palladium-like residence completed in 1957 by Eero Saarinen with interiors by
Alexander Girard
and expansive gardens by landscape designer Dan Kiley, is another of the city’s nationally recognized historic landmarks (and home of an era-defining conversation pit, an architectural feature in which amphitheater-like, recessed seating is embedded into the floor of a larger room).
Visitors can now tour the home and grounds through the Indianapolis Museum of Art, which maintains the property as part of its permanent collection. 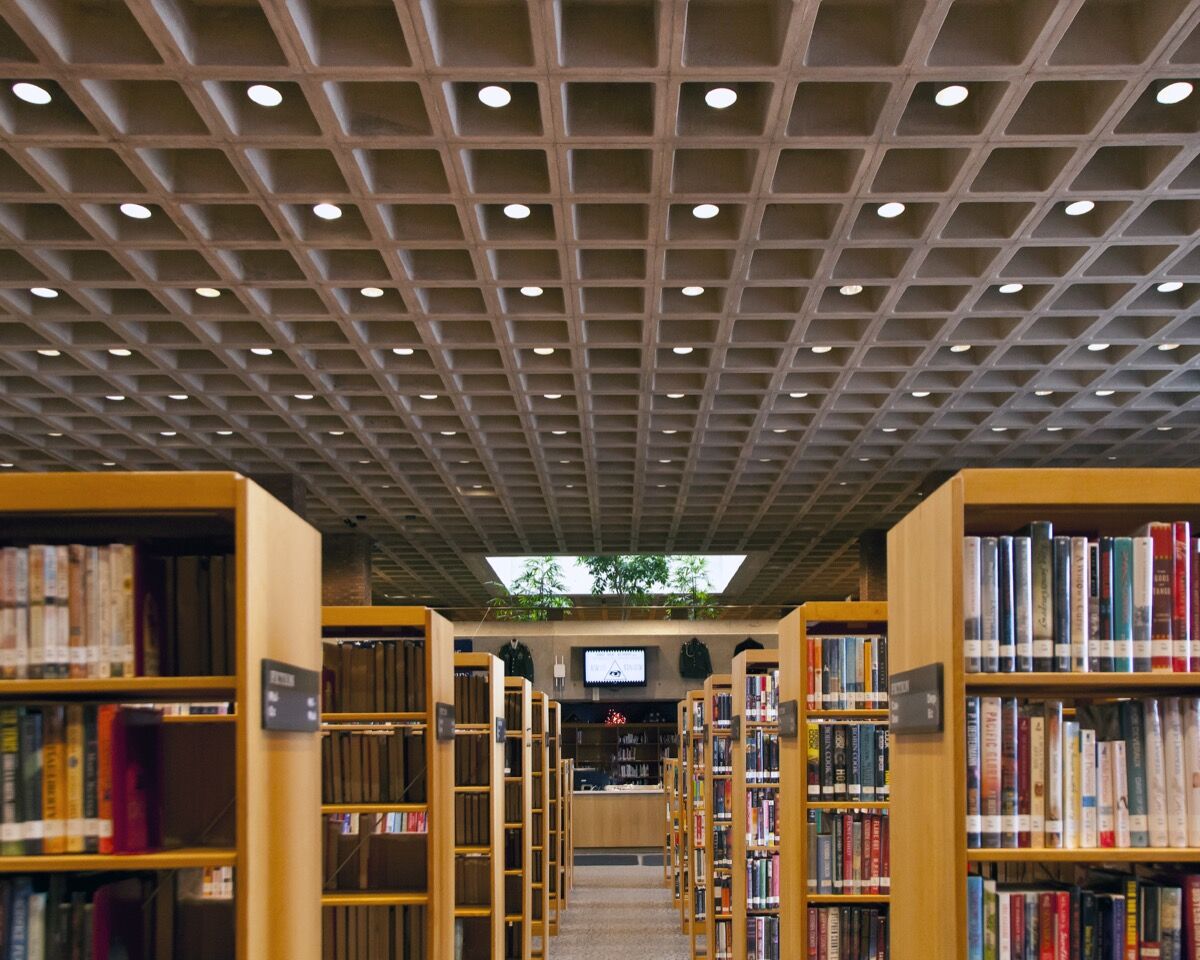 The city has long attracted architectural devotees, and in more recent years its architectural legacy has helped shape the local community’s cultural programming. Exhibit Columbus, an annual exhibition now in its second year, features site-specific installations by contemporary creatives including
Cody Hoyt
,
Snarkitecture
, and
Studio Formafantasma
, who were commissioned to create works that engage cross-generational dialogue on art, architecture, and public space.
This year also saw the release of the feature-length film Columbus, set in the city. Written and directed by South Korean filmmaker Kogonada, the fictional story centers on an intimate friendship between a man and a woman—a local tour guide and the son of an architecture historian, naturally.
Their relationship unfolds amid wide atmospheric shots that, aptly, frame the city’s iconic structures as characters themselves—the iconic modernist edifices of a bygone era.
Aileen Kwun
Related Stories 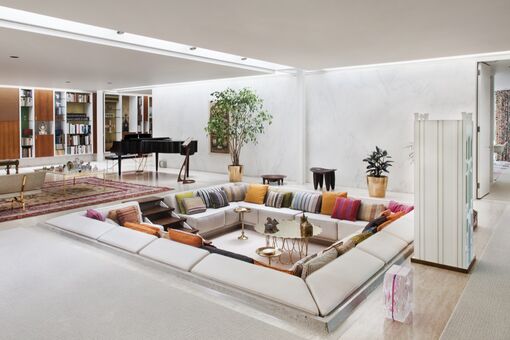