As Confederate Monuments Come Down, American Museums Rethink How They Tell History 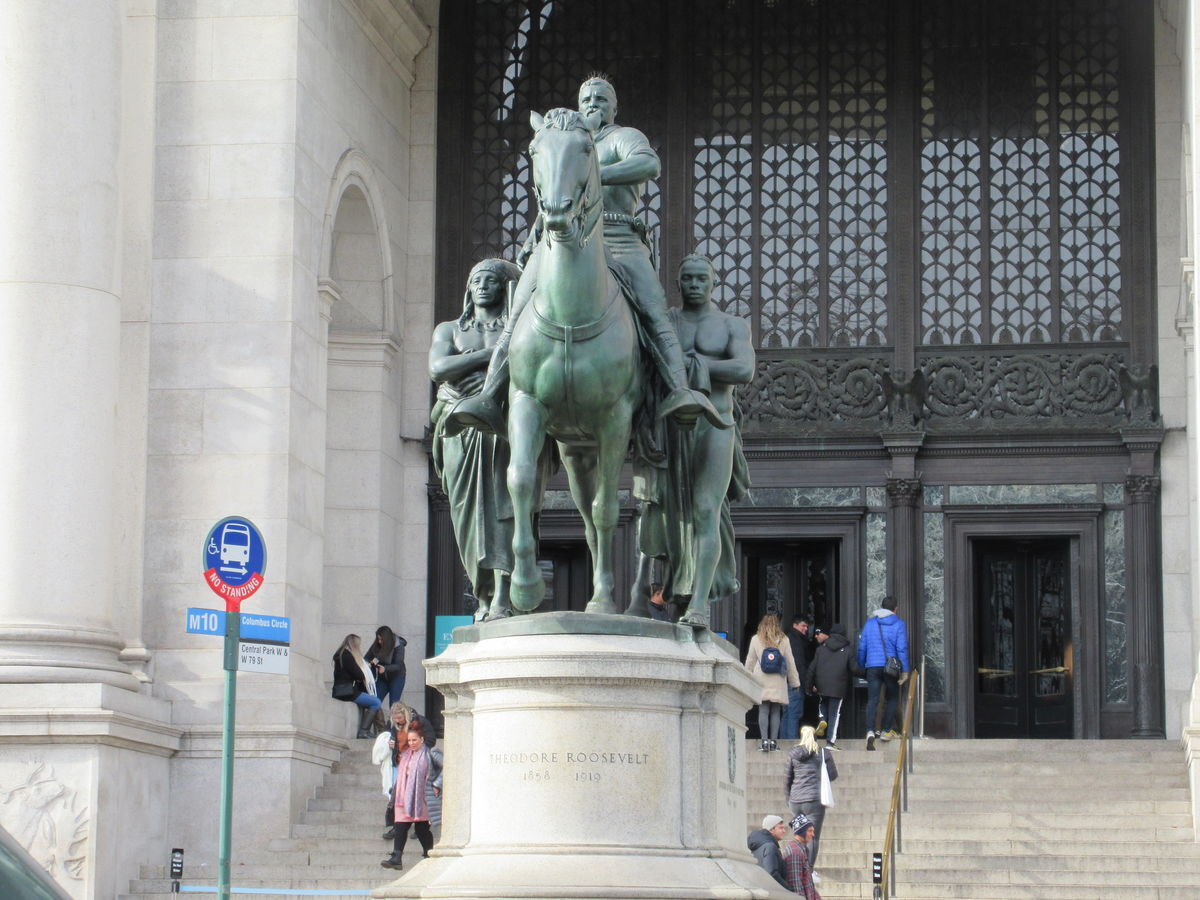 Statue of Theodore Roosevelt outside the American Museum of Natural History. Image via Flickr.

Before it received the art collection of its namesake patron Walter P. Chrysler Jr., the Chrysler Museum of Art in Norfolk, Virginia, was a repository for all kinds of historical objects. Among its acquisitions in the early 20th century: taxidermied animals and relics of the Confederacy.
Long gone are the mounted creatures, but still in storage are dozens of symbols of the white supremacist, pro-slavery cause, like fragments of Confederate battle flags, medals from veteran reunions, and Confederate currency. For years, the Chrysler’s curators have considered the appropriateness of these objects—which have not been displayed in decades—in an art museum. So in 2018, the museum revised its collection policy to develop criteria for removing or deaccessioning objects that do not align with its current mission.
But as statues of men including Robert E. Lee and Jefferson Davis come down, and debates intensify over other racist public monuments across America, this need to address contested histories in institutional collections has become even more acute. “The renewed focus on the appropriateness of Confederate monuments in the public square has sharpened our focus to deal with these historical objects more efficiently or quickly,” said Corey Piper, the museum’s curator of American art. “They have moved to the head of the queue.”
The Chrysler Museum is among many cultural institutions in America that are confronting the ways in which they tell early histories of the United States with new urgency, in the wake of protests prompted by the murder of George Floyd. While it is uncommon that art museums own Confederate memorabilia, many are reassessing artistically and historically significant objects that also reinforce pernicious narratives about slavery and colonialism. But as institutions shaped by colonial legacies—whose very amassing of objects and display methods have perpetuated racism and sexism—these reassessments are just one step towards dismantling their pervasive cultures of white supremacy.

“Not a hall of heroes” 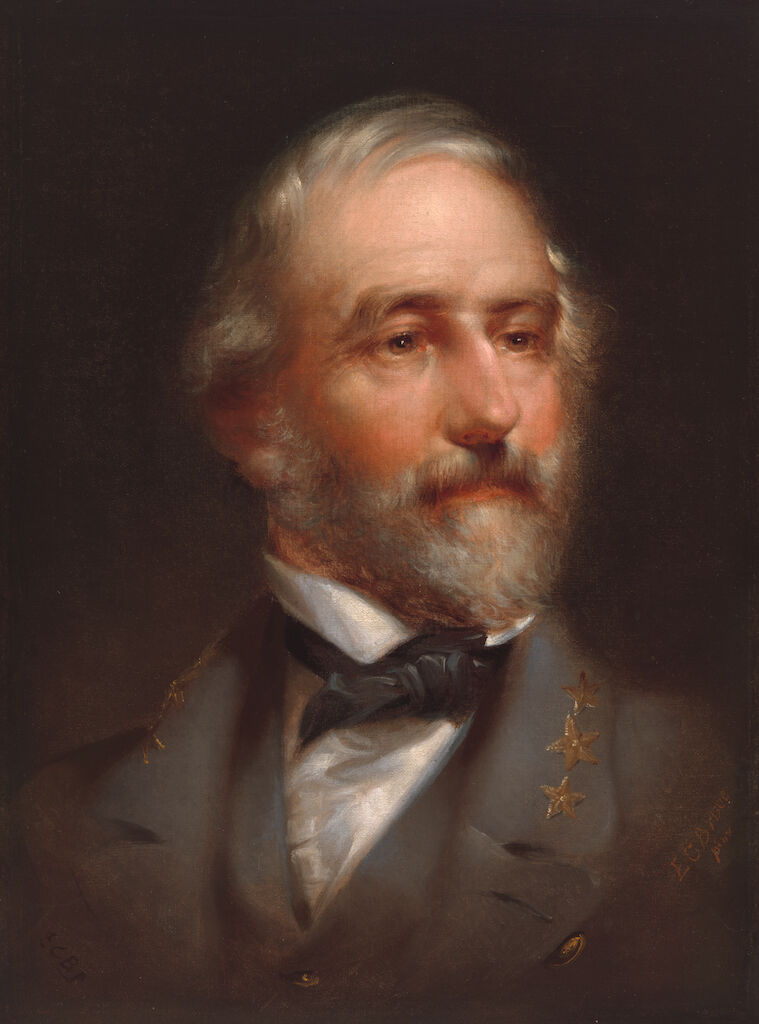 While deaccessioning can be a healthy part of collection housekeeping, rarely are works removed for difficult content—more often, they are recontextualized and reinterpreted. Art museums, unlike public spaces, are “in the business of studying the ways in which images and aesthetic objects can contain a whole range of ideologies, some of which serve nefarious purposes and some of which serve more noble purposes,” Piper said. “It comes down to an object-by-object basis—whether they give greater insight into the intention of those who made them.”
The National Portrait Gallery, for instance, has no plans to exile its portraits of figures with toxic histories, whether of the slave-owning Confederate general Robert E. Lee or any of the 10 U.S. presidents who owned slaves or supported slavery. “These figures’ stories are still part of our nation’s history and are important to preserve in national museums including the Portrait Gallery, which are places of education dedicated to providing historical and contemporary context,” said Gwendolyn DuBois Shaw, the museum’s director of history, research, and scholarship and senior historian.
This context is typically provided through didactics, which might give a balanced perspective of a person’s accomplishments and noxious practices. A spokesperson for the museum, which is currently closed due to the COVID-19 pandemic, declined to share specific examples of effective contextualization but emphasized that the review process is constant and neverending.
“The National Portrait Gallery is not a hall of heroes,” Shaw added. “To include the stories of those who supported slavery and segregation demonstrates the ways that racism and choices to support the oppression of others can be enormously destructive and restrain the principles of freedom on which this nation was founded.”
(At least one city—Houston, Texas—is planning to relocate a Confederate statue to a local museum; meanwhile, President Trump is attempting to create a sculpture park to “American heroes.”) 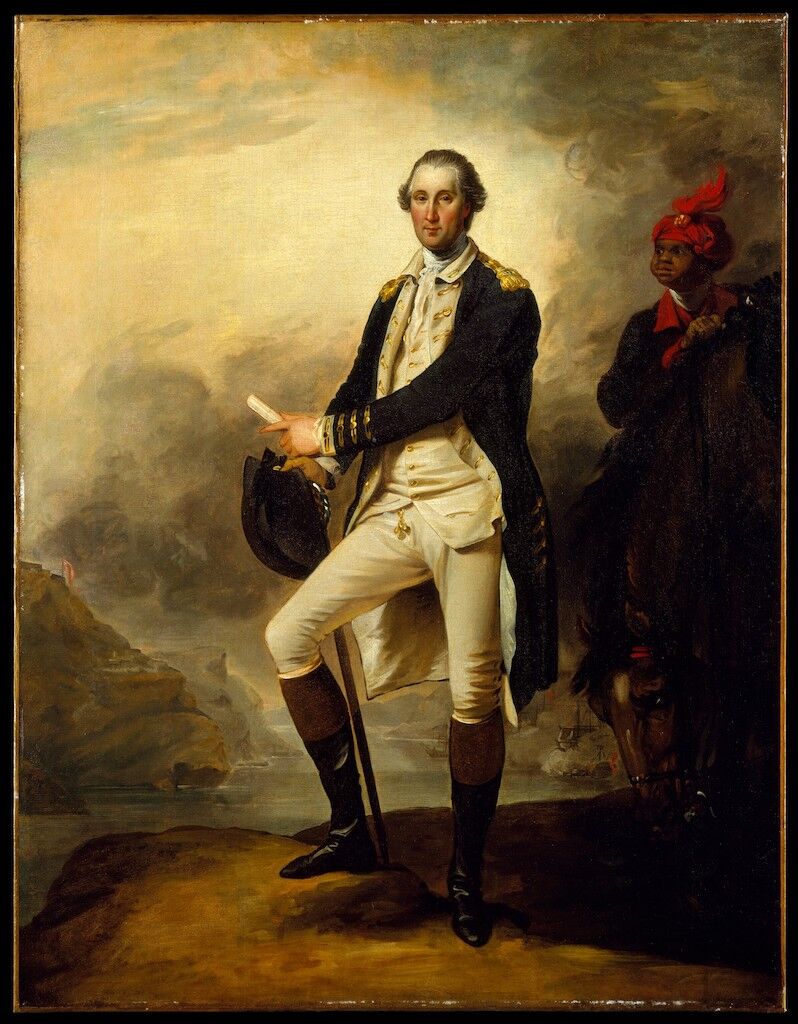 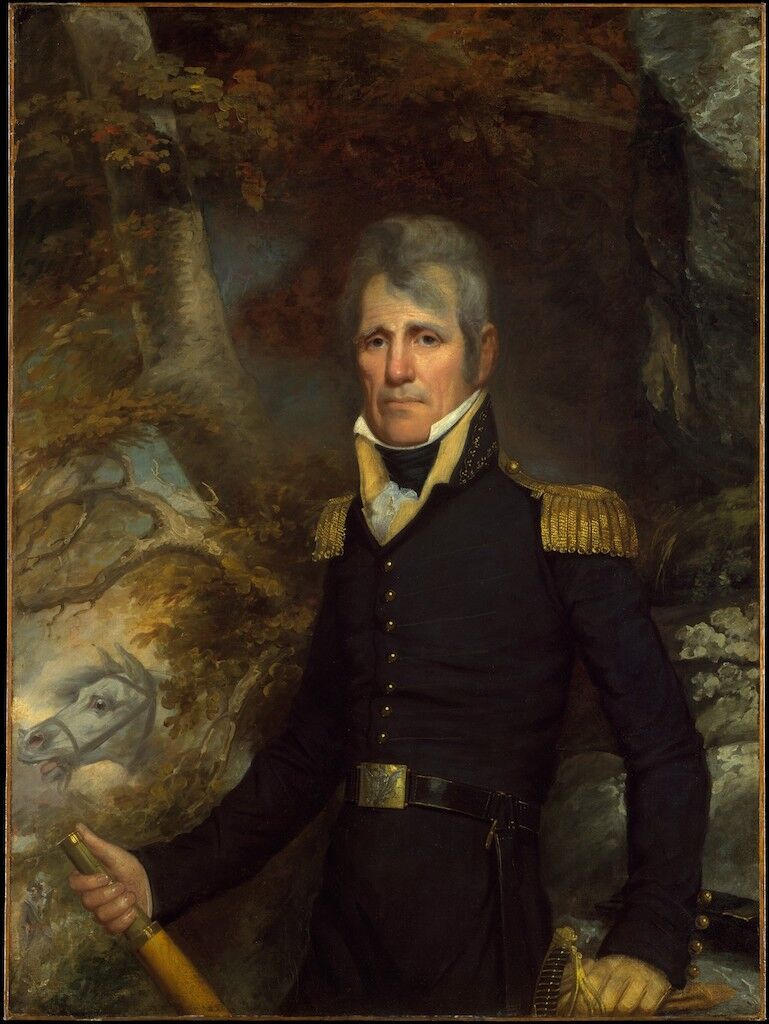 Advertisement
At the Metropolitan Museum of Art, curators generally revisit labels when a work rotates or has been on loan, to ensure that they reflect current scholarship. But the task of giving nuance to problematic artworks “has become much more urgent in the last month or so,” said Sylvia Yount, head of the museum’s American wing. “Our job now as curators is to really make sure the interpretation is robust and honest. Especially when you’re dealing with a historical collection with dark histories and personages—clearly, we need to understand them in their full complexity.”
In recent years, reassessing the Met’s narratives has involved new interpretation of its period rooms, in which domestic luxury obscures the realities of the transatlantic slave trade and displacement of Indigenous peoples. “If it’s a room from Virginia, that means we are actively dealing with issues of enslavement,” Yount said. That critical attention can extend to individual pieces of furniture, like, say, a mahogany chest of drawers made in colonial Rhode Island. “It’s not just important to talk about the beauty of wood but also where mahogany comes from and what is involved in the harvest of mahogany,” Yount said. “What does it mean to have this status symbol in your home, when you’ve built your wealth off slavery?”
Haunting the American Wing are also dark legacies of American leaders like George Washington and Andrew Jackson. Earlier this summer, Yount renamed a 1780 portrait of the first U.S. president to tell a fuller story. Originally titled “George Washington” and painted by Revolutionary War painter
John Trumbull
, it depicts Washington with a Black valet believed to be his slave, William Lee, the latter appearing in the “Orientalist” style of conventional European painting. The portrait is now titled “George Washington and William Lee,” and its label notes that Washington owned human beings.
“It was important to make it clear that it is a painting of both of them,” Yount said. “Lee is prominent. Clearly Trumbull knew him. The fact he could have done an accurate portrait and chose this conventional type has always troubled me. We recently updated the label, if only to make the point that we don’t have an accurate representation of Lee. No one actually painted him.”
In 2018, the museum also established a program to feature Native interpretations of artworks in the American wing to “prioritize new voices and broaden the circle of advisors,” Yount said. Next to curatorial interpretations are labels by artists, activists, and other scholars who respond to subjects from romanticized Native figures to a landscape of the Hudson Valley. For a portrait of Andrew Jackson, historian Ned Blackhawk (Western Shoshone) wrote about the statesman’s crimes against Native communities, adding: “The resulting Trail of Tears remains forever associated with his legacy.”

“We have an obligation” 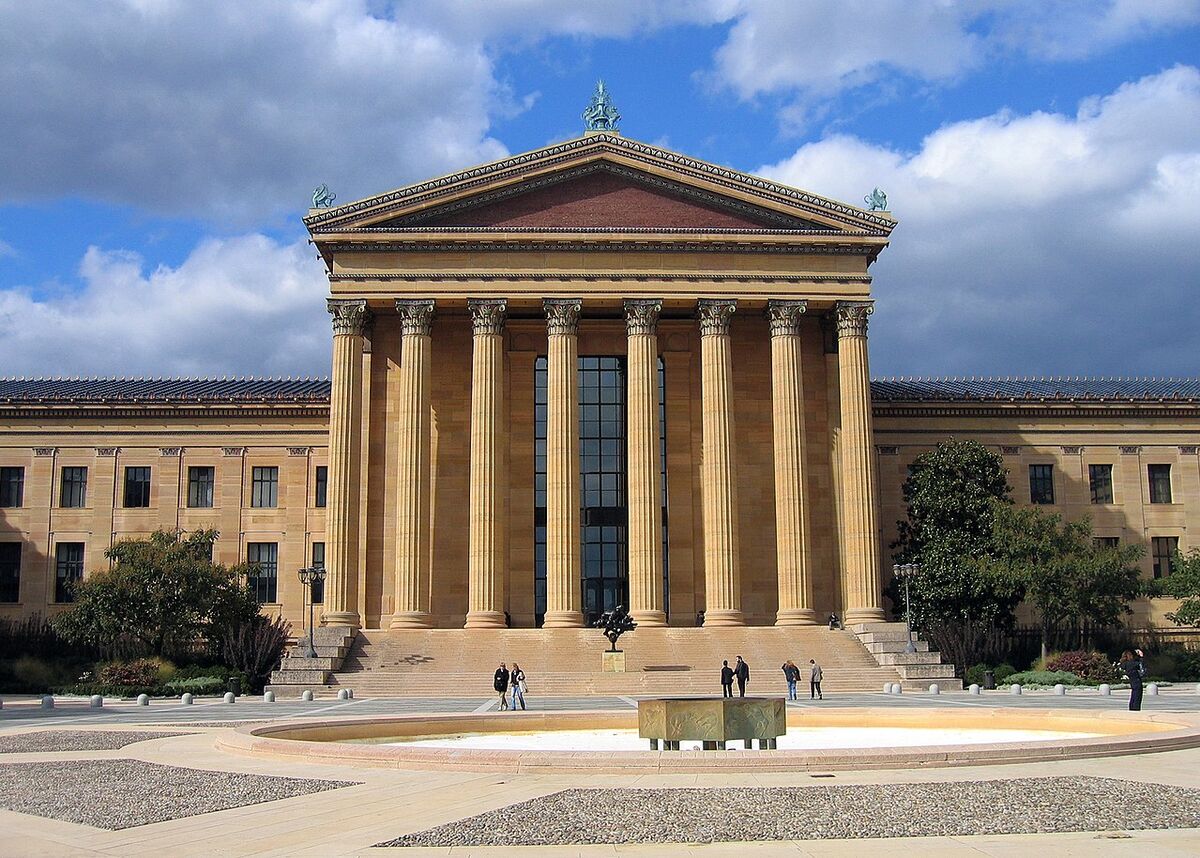 Exterior view of the Philadelphia Museum of Art. Image via Wikimedia Commons.

As public monuments come down, questions follow about what histories deserve to be represented in these prominent spaces. The story of America is also gradually becoming more inclusive and complex in museums, which have long upheld traditionally Eurocentric and patriarchal art-historical narratives. Some institutions are beginning to address decades of erasures in their collections through complete overhauls.
One example is the Philadelphia Museum of Art (PMA), which has spent the last five years reconstructing its permanent American galleries to focus on stories it previously neglected. The new installations, set to open in 2021, will represent the first major restructuring of the museum’s American art collection in more than 40 years. For the first time since the PMA’s establishment in 1876, art by Native Americans and enslaved and free African Americans will be in conversation with objects of white colonial power.
“We wanted to think about the collision of cultures that occurred in the Atlantic colonies, that included Native Americans, Latin Americans, Africans, and Europeans, to make this culture that we call ‘American culture,’” said senior curator of American art Kathleen Foster. “We want to make your mind open up about who participates in American art.”
Rosalie Hooper, a collections interpreter and project curatorial assistant at the PMA, has been testing strategies to more effectively convey stories about artists of color that are not immediately evident from looking at an artwork. These range from creative displays that emphasize a craftsman’s signature to eye-catching didactics that don’t shy away from telling problematic histories.
“The [recent] protests have really accelerated the conversation,” Hooper said. “It’s been nice for us to look at labels and say we can take the language even further—in fact, I think we have an obligation to. Some of the biggest protests in Philadelphia were on the museum steps. It’s been a real moment of reckoning.”

“Museums need to be next”

Any museum can reassess its collection, deaccession objects, rewrite labels, and invite outside experts (who are often unpaid or uncredited) to provide diverse perspectives. But institutions also face an increasingly loud chorus of critics urging that any truly meaningful, self-critical work must also involve a complete restructuring beyond the material presented on walls. From arts workers in cities from Detroit and San Francisco to Chicago and New Orleans come unrelenting calls to diversify leadership, investigate discriminatory practices, and build new frameworks that foster an anti-racist, equitable, and transparent work environment.
For all the difficult questions museums are now asking about their collections, the most urgent ones to raise are about the power structures that created and continue to develop them. While many museum workers—particularly non-white museum workers—are working to decolonize institutions, current systems continue to undermine their labor. The scholar Dr. Kelli Morgan, who this month resigned from her curatorial position at the Indianapolis Museum of Art citing a toxic, discriminatory culture, addressed this glaring lack of self-awareness in a recent essay published by Burnaway.
“Yes, rectifying white supremacy culture in art museums absolutely requires recontextualizing objects, but it is unequivocally clear that white museum professionals must first initiate and enact these processes at home in their own mirrors,” Morgan wrote. “If white folks and governments will not do what it takes to dismantle white supremacy once and for all, we will tear it all down. Racist monuments around the country have been torn down at a rapid pace, and museums need to be next.”
Claire Voon
Related Stories