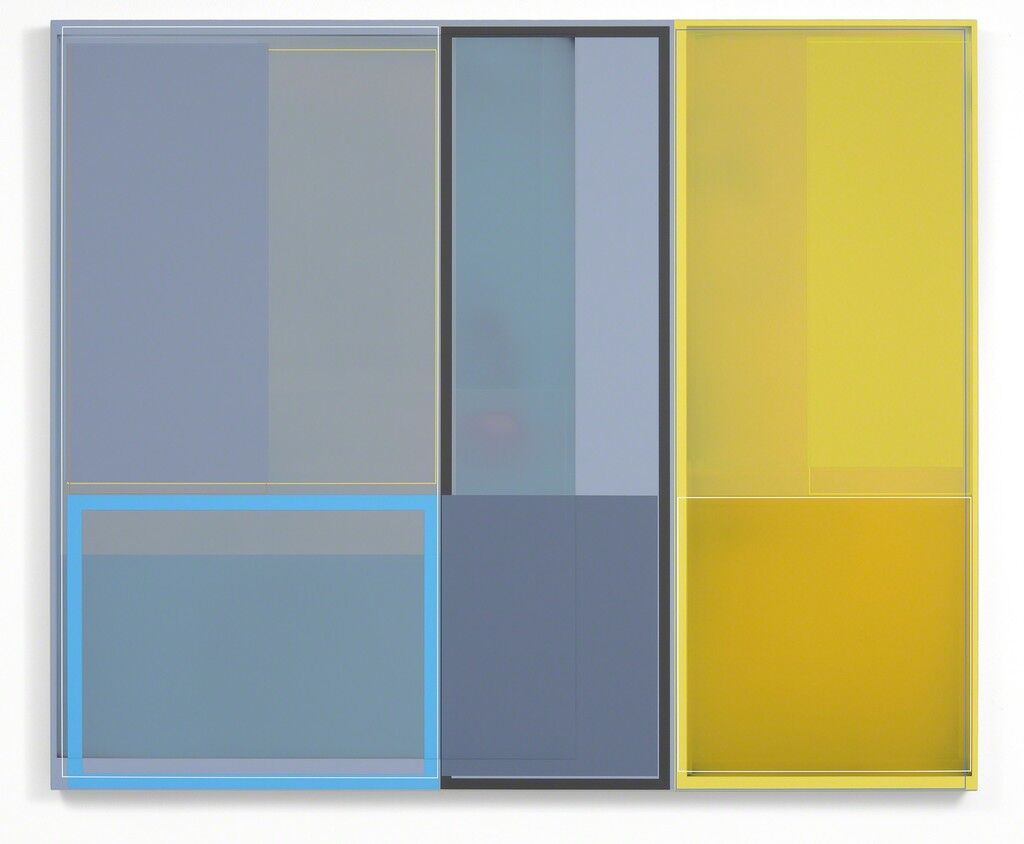 Patrick Wilson
Big Year, 2015
Ameringer | McEnery | Yohe
Despite the apparent order in each of the pieces, Wilson’s process is very intuitive, building up over time through a series of organic reactions. “There is no color theory to prove or plan to follow,” he explained. “In an act of faith, I know that through careful looking and thinking and an openness to changing course, a completed painting will feel fresh and surprising.” When standing before the work, there is no indication of how laborious his process is. In fact, the paintings are characterized by an ethereal airiness and seem rather effortless. Though Wilson builds up his paintings one layer at a time using the vocabulary of
abstraction
—line, form, and color—he underlines the overarching importance of experience in his work and defines abstraction more as a process rather than a language. “My geometry is closer to the type you find in nature,” he notes. “It’s slightly destabilized and the visual movement is slow but steady like a glacier.” 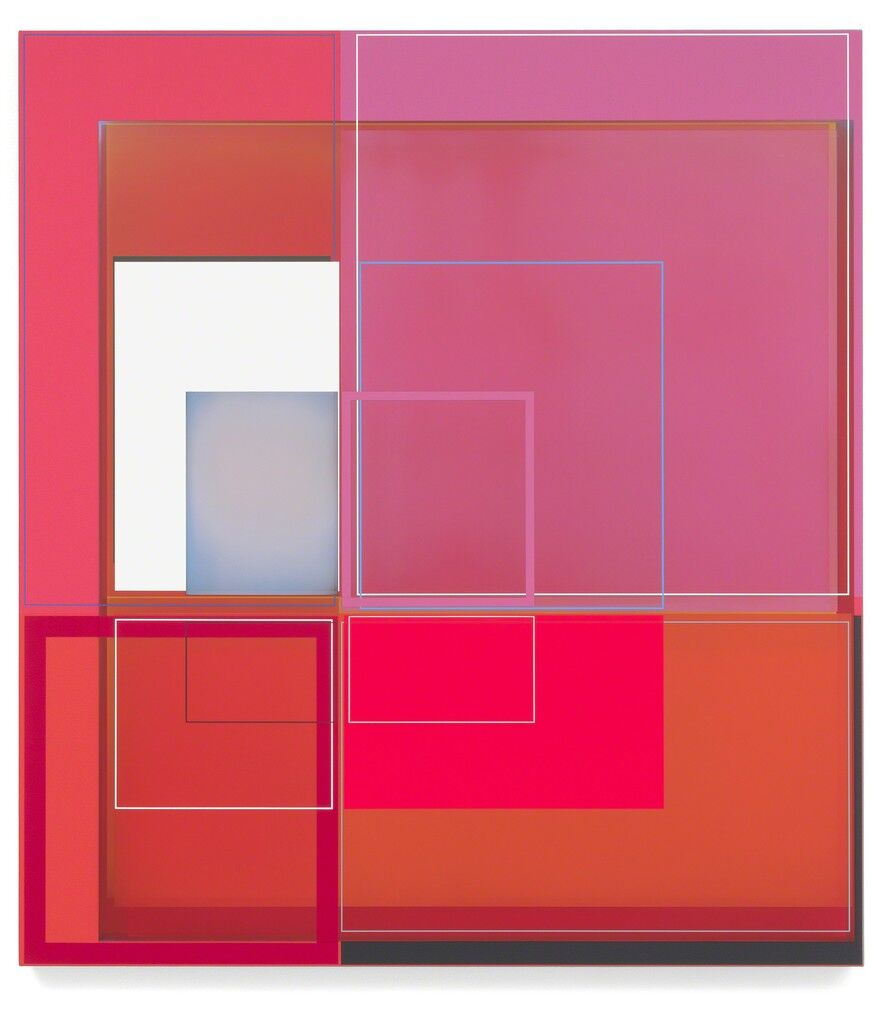 Patrick Wilson
Crab Pot, 2014
Ameringer | McEnery | Yohe
At some point during the process, the forms coalesce into impressions strong enough to suggest a particular food, place, or object—which becomes the title. But the titles, though often highly specific, are not meant to be indications of what the work is “about.” “My work is to be experienced with eyes open, mind still,” he says. “People should have their own ideas and relation to the work. That’s where the real value is and it’s a more interesting place than one single path could lead to.” Between the shifting planes of pink, orange, and red in Crab Pot (2014), it’s easy to flash back to a memory of bright ingredients and spices simmering together in a pot. Meanwhile, more nebulous works, like First Thing (2014), offer innumerable different readings. Wilson’s paintings are not really abstractions, but more so conversations—intimate, mysterious whisperings that unfold between the artist and viewer. 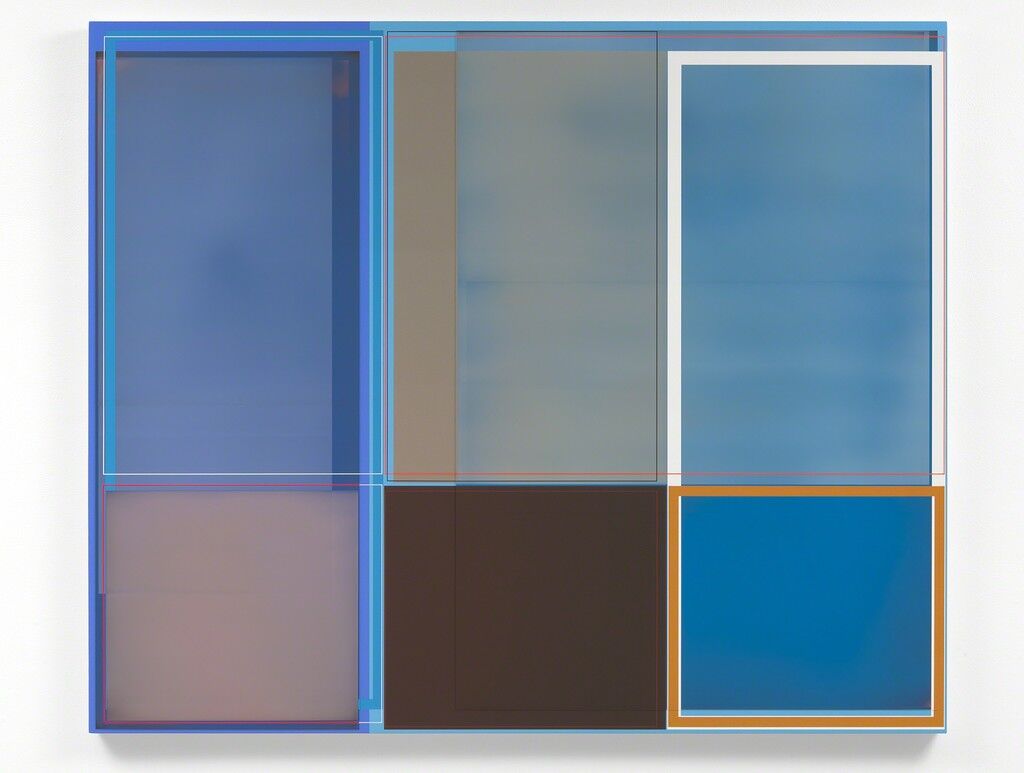