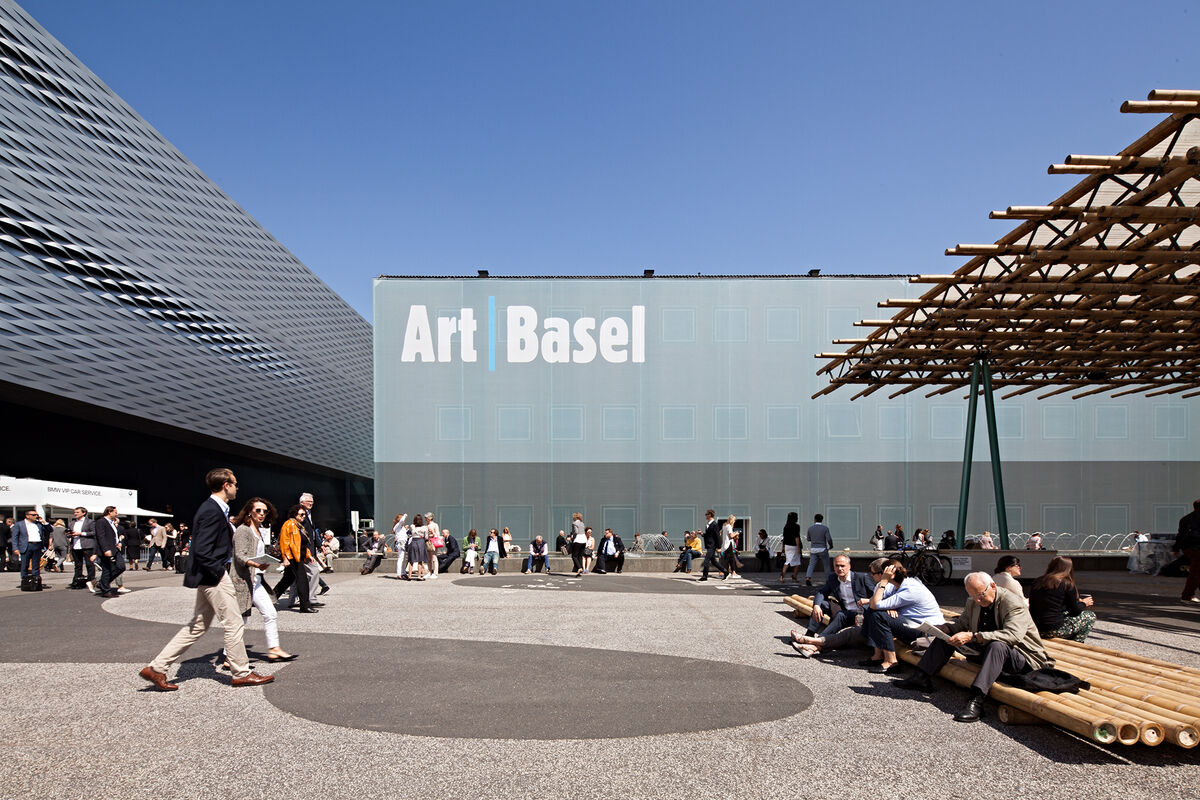 A frenzied opening to Art Basel continued in the second full day of sales at the fair yesterday, with contemporary art making a strong play to match blue-chip in transaction activity.
Headline sales for day two included several Louise Bourgeois sculptures, each fetching prices in excess of $2 million at Hauser & Wirth, which also sold
Ron Mueck
’s mixed media Woman with Shopping (2013)—a somewhat terrifying likeness of a woman, baby buttoned up inside her coat, carting along a pair of shopping bags—for $943,000 to a private foundation.
Skarstedt continued a robust run with Thomas Schütte’s steel Großer Geist Nr. 6 (1998) selling for around $5 million. The work, one of three unique versions variously made of steel, aluminium, and bronze, sold at Christie’s in November 2014 for $3.3 million, netting the gallery, and any intermediaries, a significant short-term profit.
Another Schütte, Vater Staat, dressed (2010) made a sale for Mnuchin Gallery where it was marketed at $1.6 million. It was sold at the same Christie’s auction last year for $1.2 million, with the sales originally going to benefit environmental causes, emphasizing an incredibly strong year for the German contemporary artist. 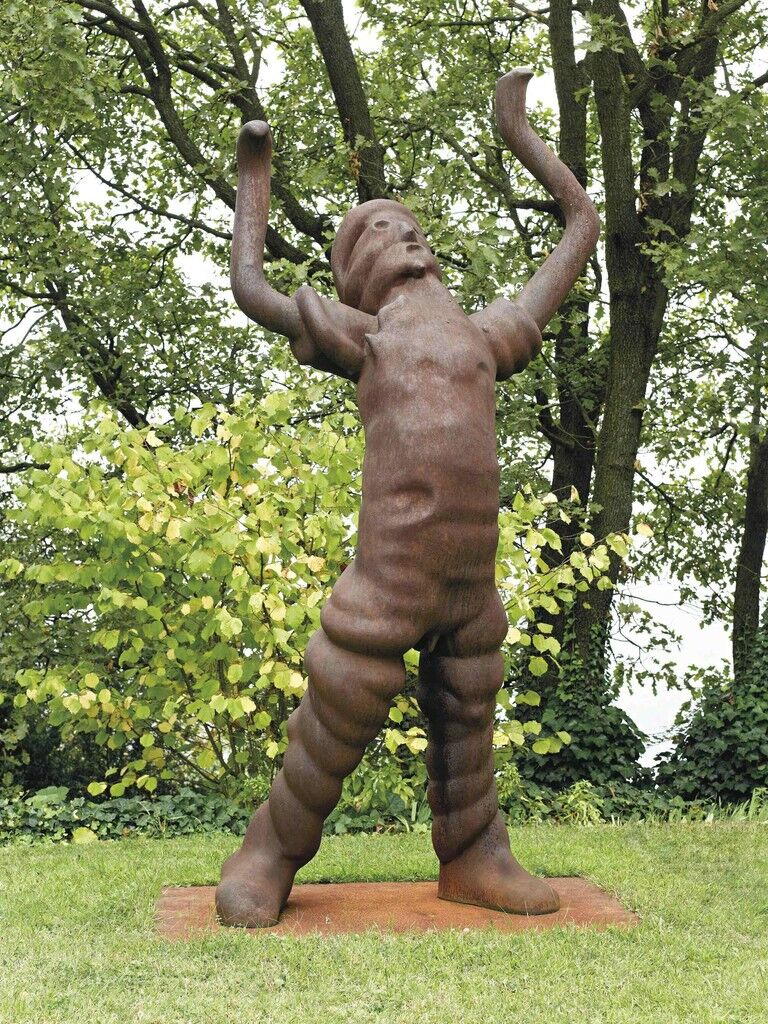 Thomas Schütte
Großer Geist Nr. 6, 1998
Skarstedt Gallery
Also selling later on in previews from Skarstedt, which has bases in New York and London:
George Condo
’s The Madman (2005), a typically comic big-eared bronze sculpture, moving at an asking price of $650,000. It joins the Condo sold on Tuesday, The Good Old Days (2015), which went for $600,000 at the gallery.
White Cube, whose founder Jay Jopling was a prominent presence at the fair, enjoyed success with
David Hammons
’s Traveling (2002), made from earth on paper and suitcase material, which went for $2.35 million; a diptych by
Barbara Kruger
, sold for $350,000 at Sprüth Magers; and New York’s Petzel Gallery signed off on a sculpture by
Wade Guyton
for $490,000.
There were plenty of other six-figure deals Tuesday through Wednesday including Blum & Poe selling
Takashi Murakami
’s acrylic, metal leaf, and wood piece Korin: Chaos (2015) for $600,000 to an unnamed buyer, along with pieces by
Ha Chong-Hyun
and Lee Ufan for $360,000 and $950,000 respectively. “We have had a huge amount of interest in our Korean material particularly from collectors new to the market,” said Blum & Poe partner Matt Bangser. “It does seem to be increasing every single day. A lot of the major U.S. collectors are here and they do seem to be buying.”
A spokesman for Cheim & Read put Basel’s continued success down to the fair complementing rather than competing with May’s strong auction results. “We have been impressed that despite the mania of the auctions in the art world that people still go to galleries,” said Adam Sheffer, partner and sales director. “That’s because we have specialists who have long-term relationships to the artists. They might consider it property, but we call it art.”
Looking forward, the gallery hoped to build on their strong start, in which it sold a $800,000 2015 “Landline” painting by Sean Scully, currently showing in Venice at the Palazzo Falier and celebrating his 70th birthday later in June. The gallery also clinched the sale of Untitled (1957), a painting by Joan Mitchell, for $6 million, easily one of the highest-value deals seen at Basel so far. 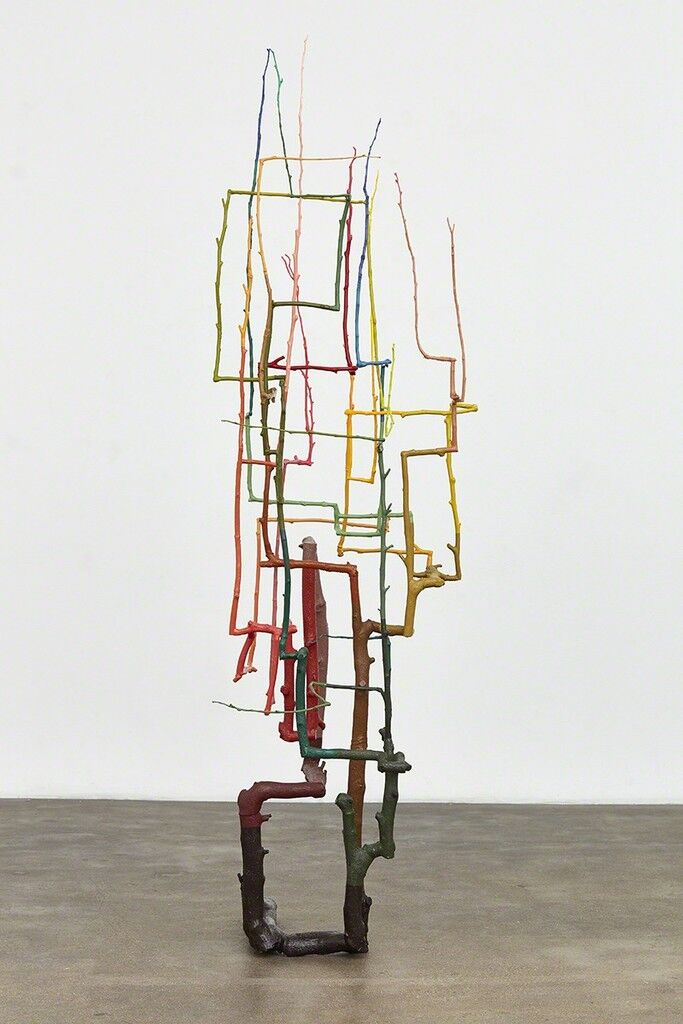 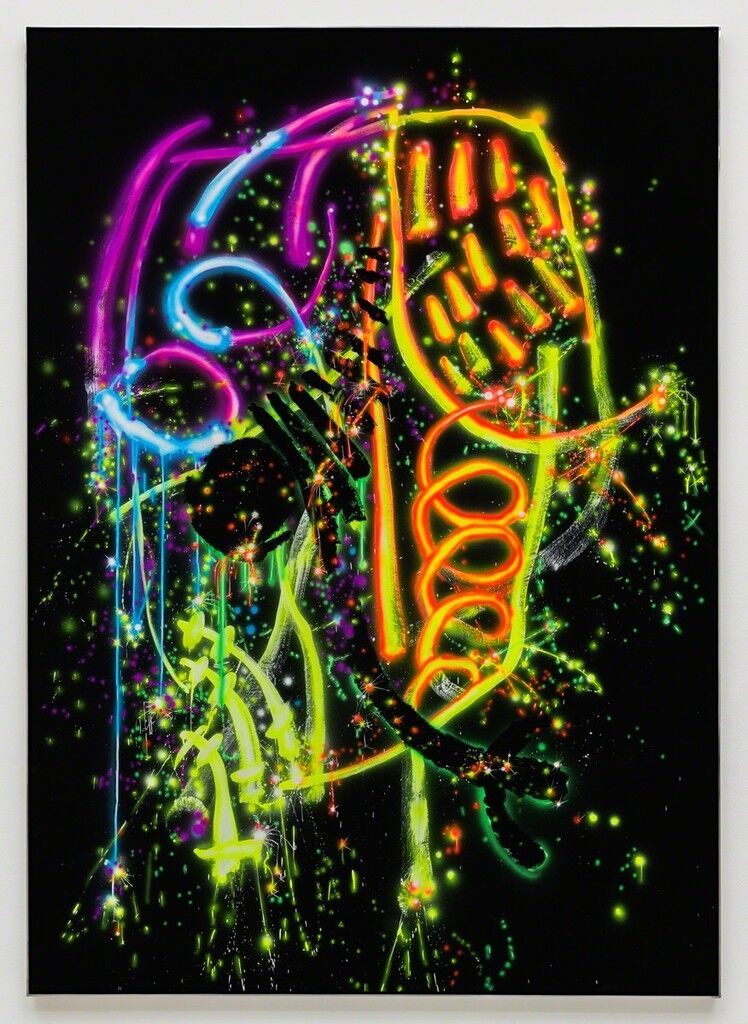 Aaron Curry
Cosmic Slop, 2015
David Kordansky Gallery
Advertisement
At the other end of the scale, plenty of relatively accessibly priced art also transacted, as collectors took the opportunity to widen their collections beyond household names. David Kordansky Gallery sold five sculptures by Evan Holloway for between $40,000 and $80,000 and two paintings by Aaron Curry for $95,000. “We sold a number of pieces to existing clients in the States and new collectors in Europe,” said Mike Homer, a gallery director. “It’s very exciting to be working with buyers who are curious about new artists.”
At Maureen Paley, there was clearly no absence of returning contemporary collectors at the fair, during which she scored transactions with pieces including General Idea’s Mondo Cane 2 (Nine Figures) (1984), changing hands for $253,000, with work by
Wolfgang Tillmans
and
Michael Krebber
also selling well. “We placed General Idea and we are delighted that it will go into a museum collection,” Paley said. “The great thing about Basel is that there is a return of people who know the work,” she continued. 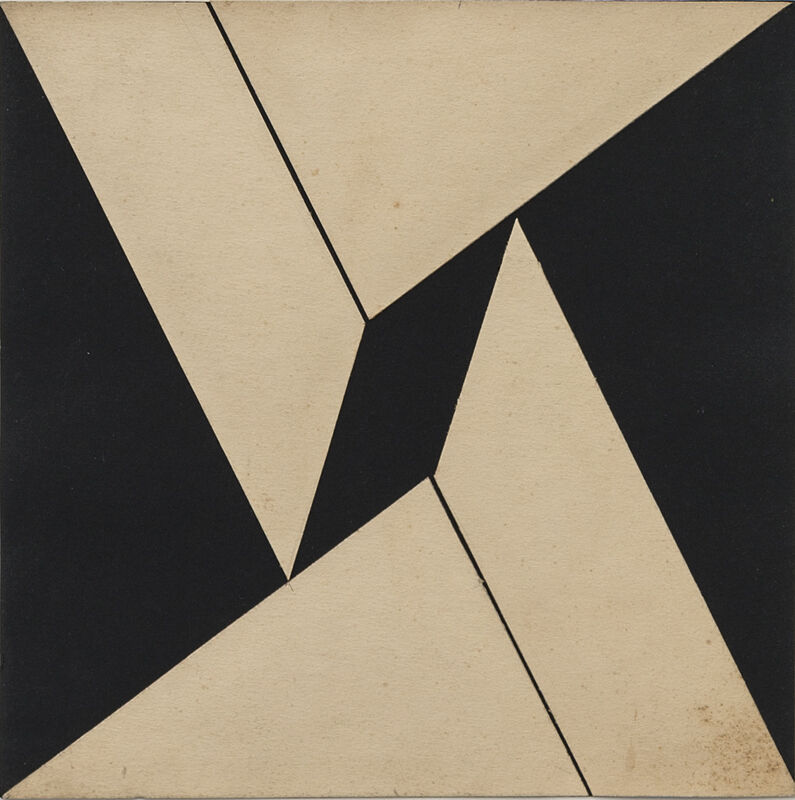 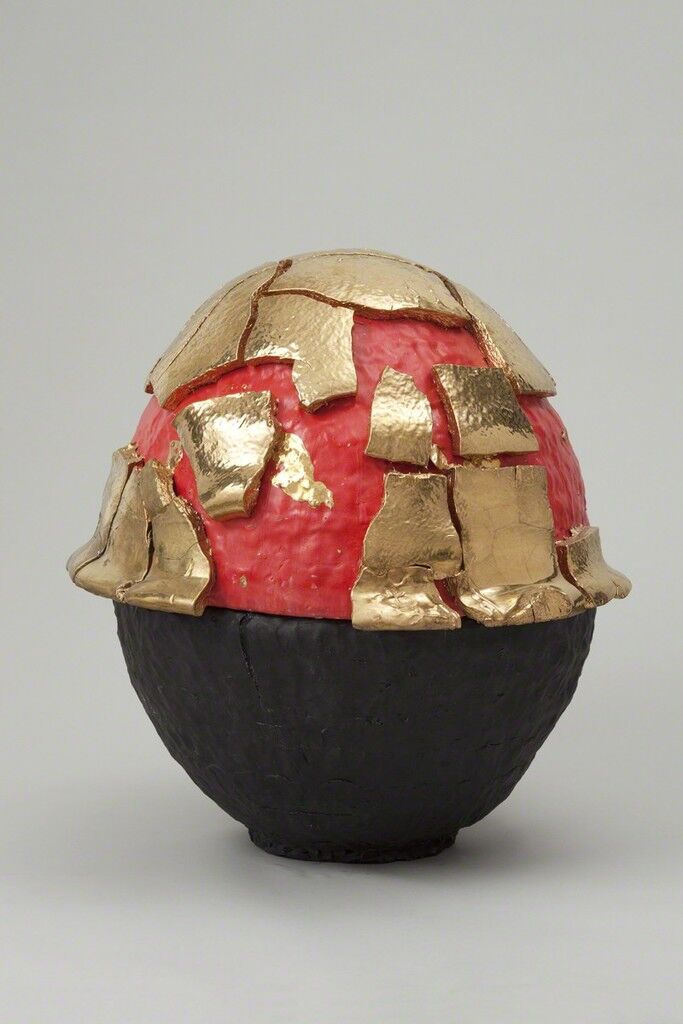 Takuro  Kuwata 桑田卓郎
Red Black-Slipped Gold Kairagi Shino Egg, 2010
Alison Jacques Gallery
Alison Jacques Gallery, which emphasized female artists and art from Eastern Europe and Latin America on its stand, saw what Jacques described as an “important group of works” by Slovak artist Maria Bartuszová, who died in 1996, selling for between $51,000 and $563,000 to a museum collection. A number of platinum pieces by Japanese sculptor Takuro Kuwata were snatched up for between $6,000 and $35,000, with work by Brazilian sculptor Lygia Clark also going strong.
KÖNIG GALERIE has had a successful Basel so far, selling at least two out of three editions of Jeppe Hein’s Parallel Mirrors (2015) for $203,000 each. “We have had a really good fair,” said König, scarcely able to break away from speaking to clients. “We’ve sold a lot of big pieces, some to Chinese private museums and European collectors.” 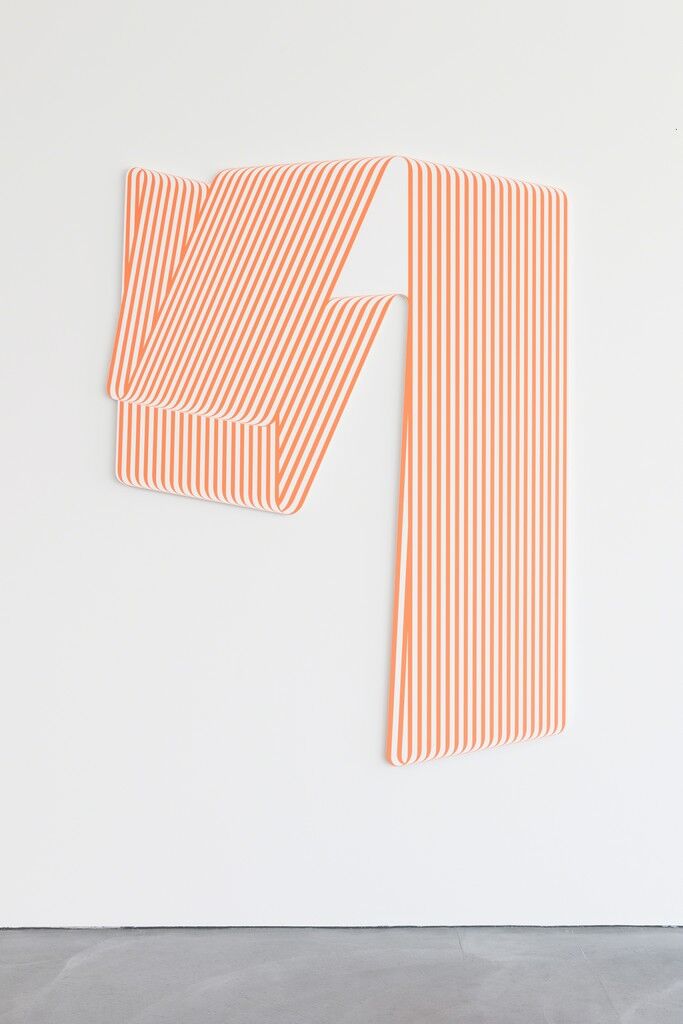 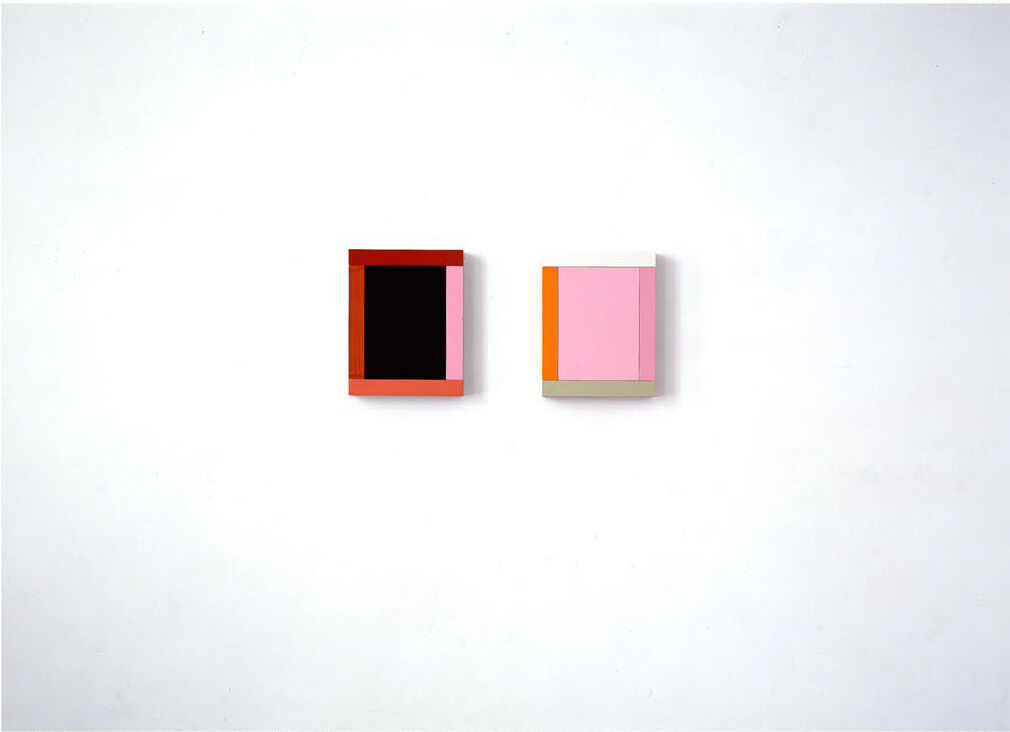 Imi Knoebel
Anima Mundi 5-2, 2014
von Bartha
Swiss gallery von Bartha also reported strong sales this week. Fritz Glarner’s Relational Painting No.52 (1952) sold to a museum, having been priced at $648,000. Two paintings by Imi Knoebel sold for around $140,000 and $45,000. Work by Terry Haggerty and Superflex was also accounted for by the end of previews. 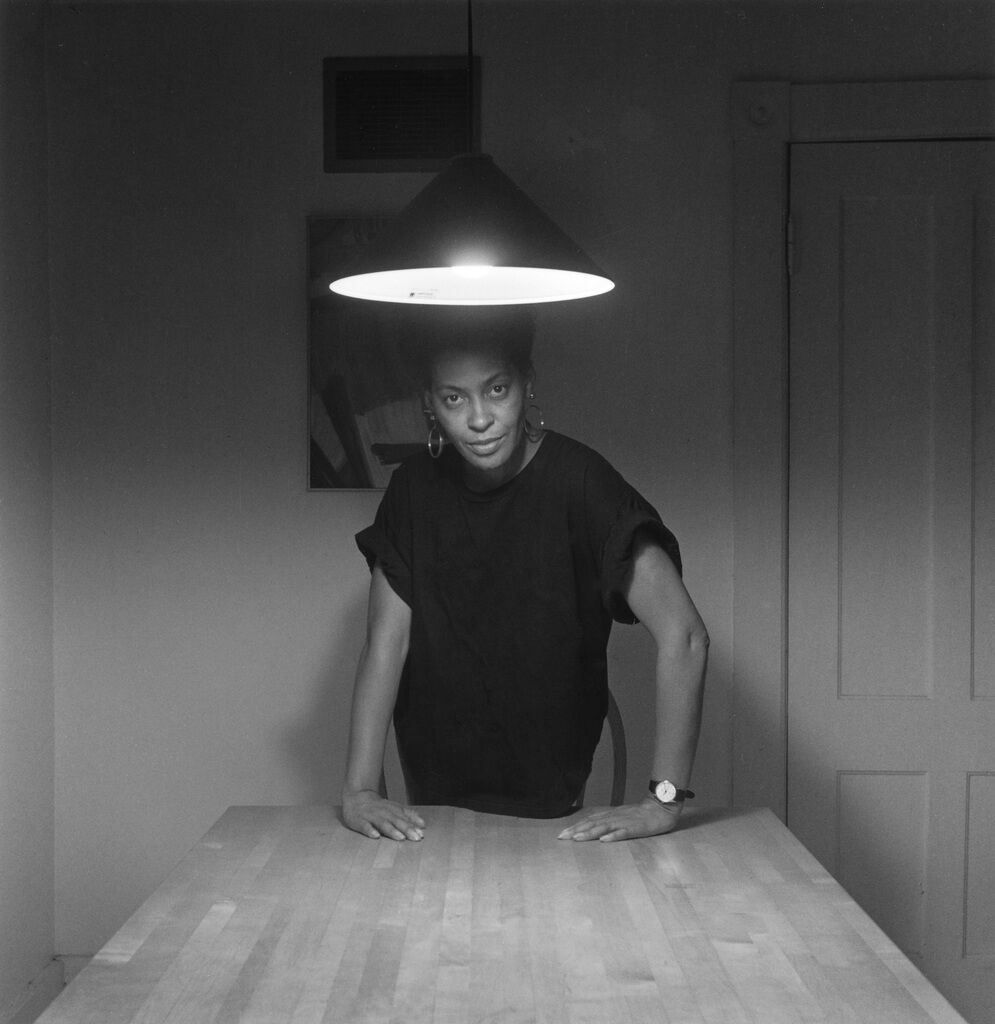 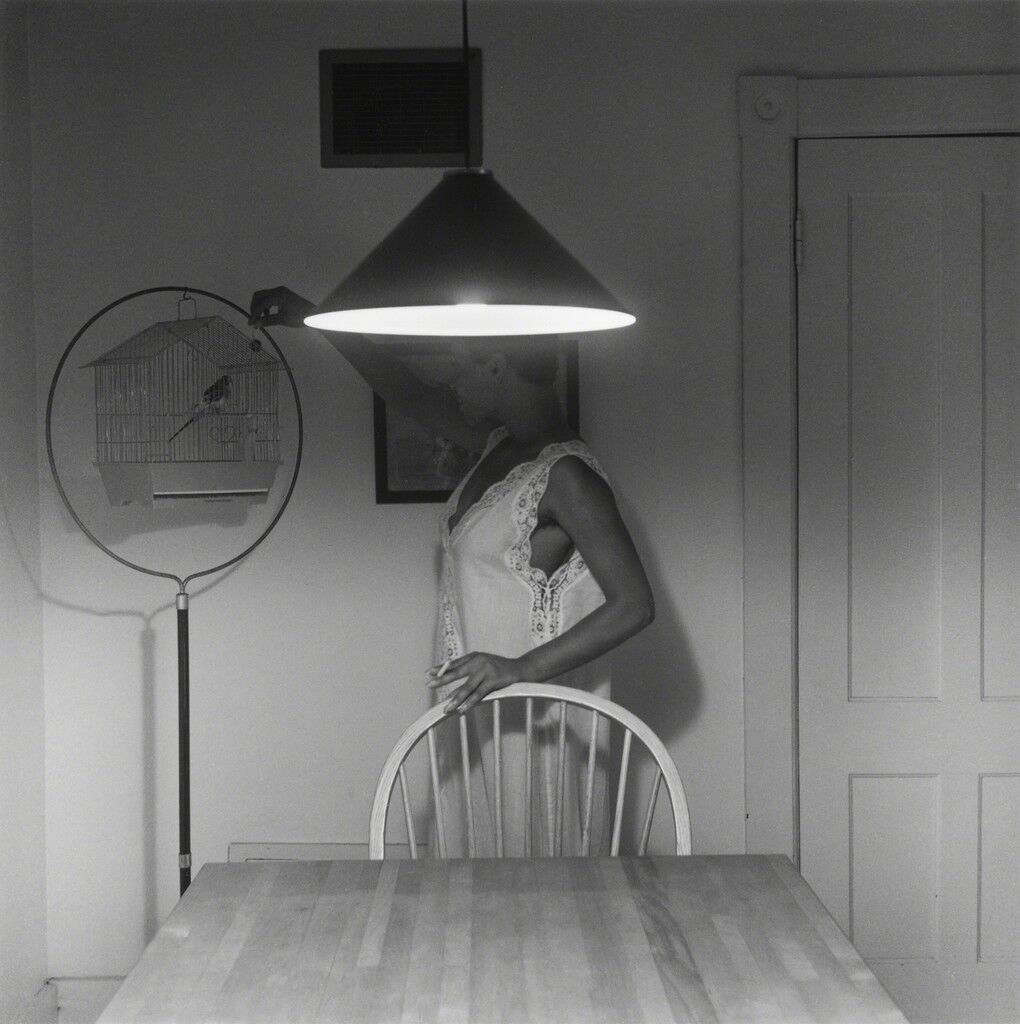 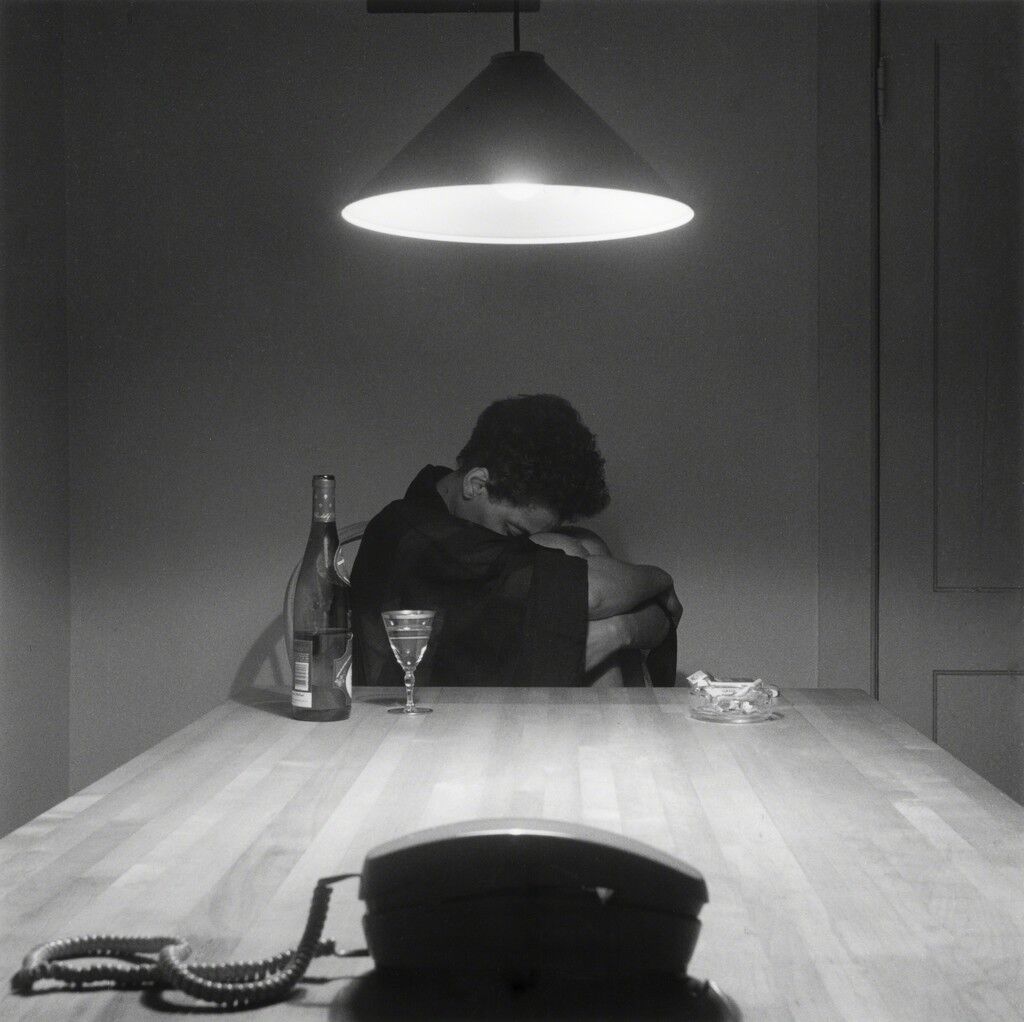 Carrie Mae Weems
Untitled (Woman and Phone), 1990
Jack Shainman Gallery
Elsewhere, Deniz Pekerman of Vienna’s Galerie nächst St. Stephan said the gallery had sold a number of pieces to a mixture of European collectors including an Agnes Martin drawing for $150,000 and a work by Bernard Frize going to a Swiss collector. Other Wednesday sales included five works by Carrie Mae Weems at Jack Shainman to a major American institution.
The second day followed a feverish first few hours of activity on Tuesday. A number of billionaires, including Daniel Loeb, Steven Cohen, and Laurence Graff, were seen strolling around booths belonging to the 284 galleries selling some 4,000 artists, with work valued at a cool $3.4 billion.
One of the fair’s biggest successes is still Pace Gallery’s multi-million dollar sell-out of its presentation of Robert Rauschenberg work from the 1980s and 1990s on the opening day of previews; the gallery only recently announced its representation of the artist.
New York and London’s David Zwirner has so far netted well over $10 million of sales of work, including Marlene Dumas’s Helena (2002), a painting of the artist’s daughter, which sold for $3.5 million. The South African recently enjoyed a major retrospective at Tate Modern in London and is being exhibited at the Fondation Beyeler in Riehen, near Basel, concurrently to the fair.
Rob Sharp
Explore Art Basel 2015 on Artsy.
Related Stories