This Couple Photographed the Most Remote Places on Earth 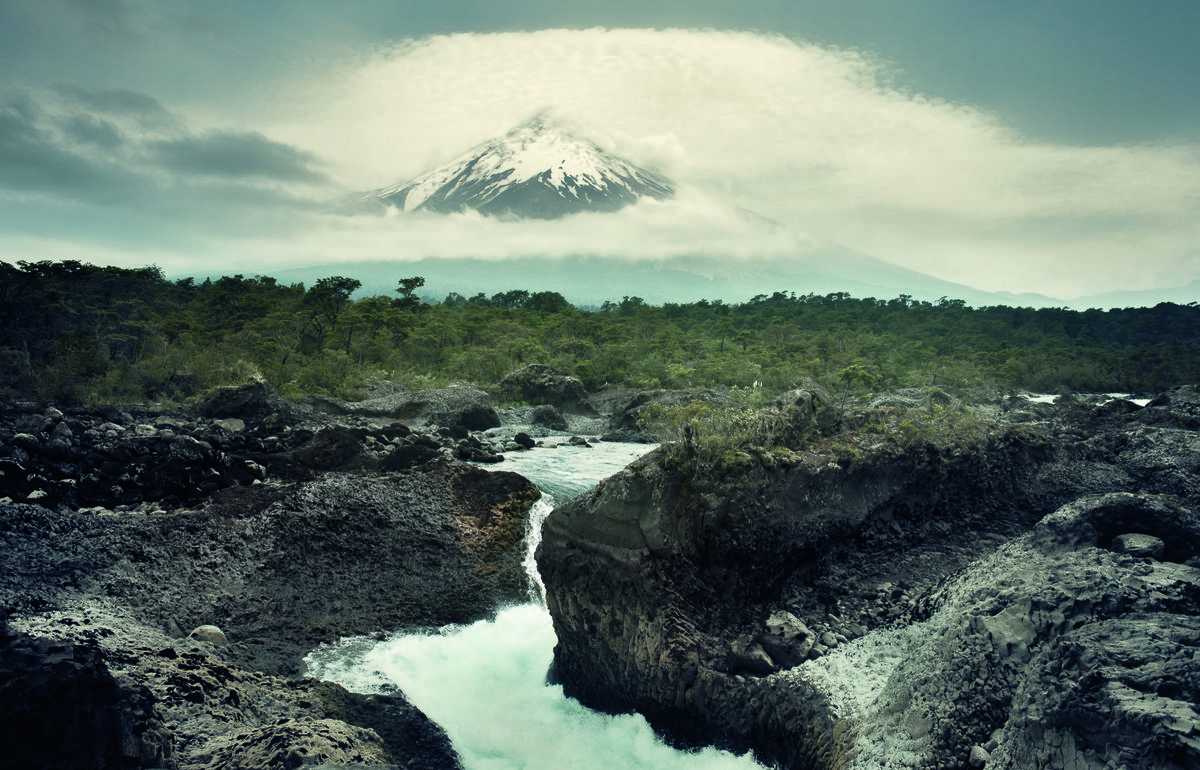 On a planet with more than 7.5 billion people, does any true wilderness remain? Peter and Beverly Pickford spent five years traveling to the most remote—and often most inhospitable—areas of the world, selecting one region per continent to photograph.
“[We] wanted to look at land that was vast, on a scale that extended beyond human-imposed boundaries such as national borders and smaller definitions, like national parks,” Peter explained, adding that they wished to “present what remained of the earth in a natural state”—places where, if humans were present, they did not dominate the land. 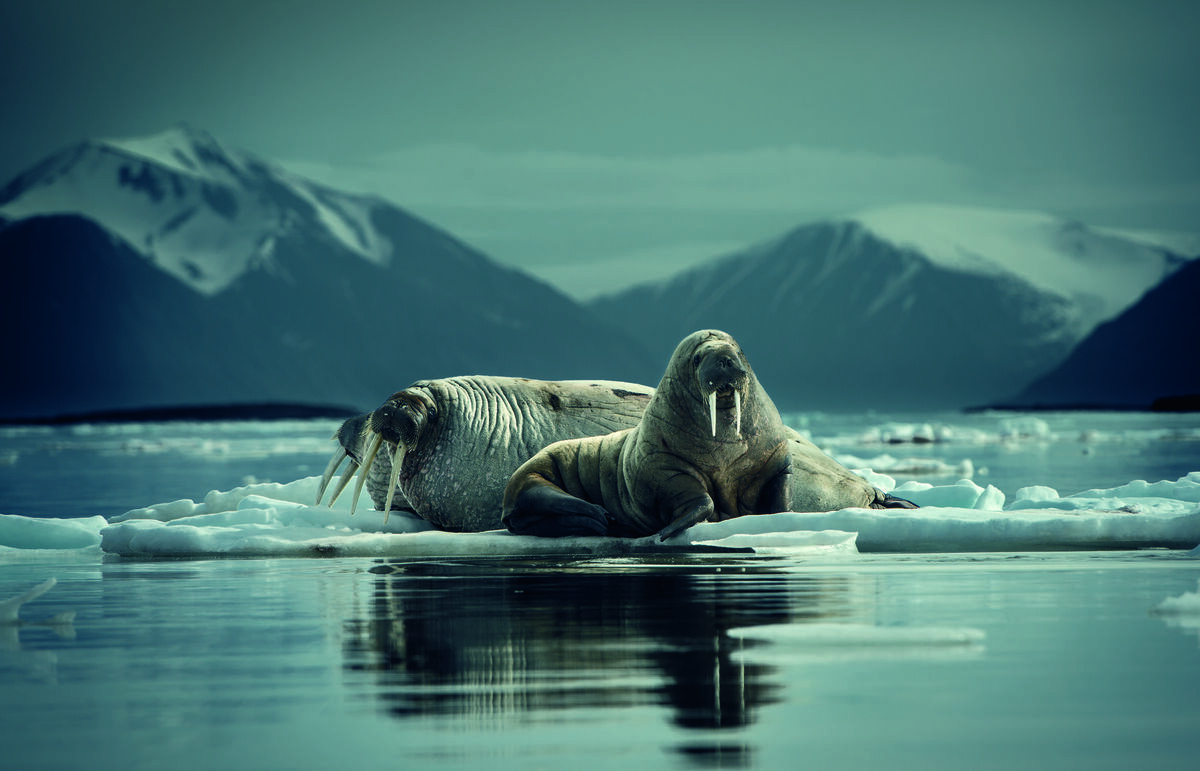 The couple sold their farm in South Africa to undertake the journey, and traveled mostly via a Land Rover customized to endure long expeditions. Finding regions that met their criteria wasn’t easy, so they used Google Earth’s night view to choose the darkest areas in the world—understanding that civilization is often indicated by lights—and narrowed their list from there.
The Pickfords experienced the frigid cold of Alaska and the Yukon in North America; Svalbard, Norway, in Europe; and Antarctica. They roved the endless heat of the Namib Desert and Skeleton Coast in Africa, as well as the Kimberley region in Australia. They hiked in the thin air of the Tibetan Plateau in Asia and the Andes in South America. Although they had visited some of these landscapes during their 35-year career as wildlife photographers, they had never trekked so deep, and for so long, spending roughly six months on each continent. This type of travel comes with challenging logistics, expenses, and danger, but there is nothing the Pickfords would rather do than explore the far reaches of the Earth. 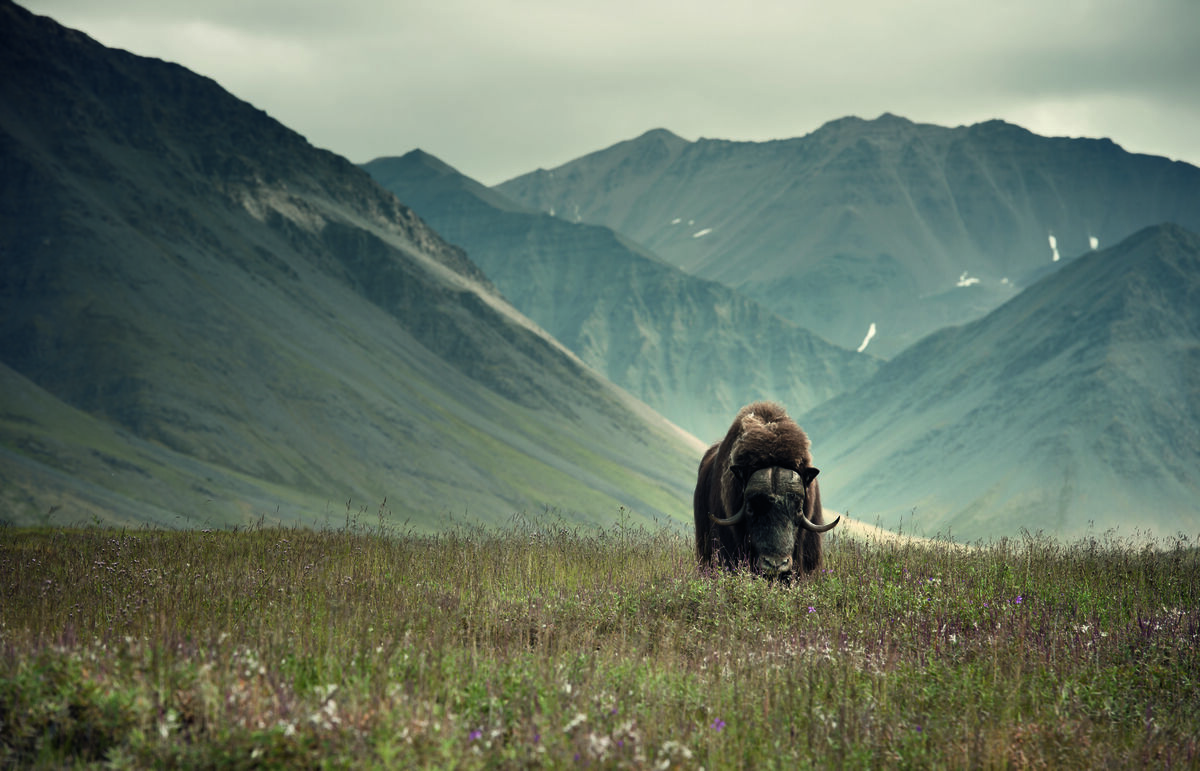 Advertisement
“Standing on the edge of some wild vista sets a fire in us,” Peter writes in Wild Land, the culmination of their project, published in November 2018. “We have spent the whole of our lives in the land and it has been our constant companion.”
It would have been impossible to plan all five years of their journey at once, Peter noted, so after they concluded working on one continent, they planned for the next, often while their Land Rover shipped ahead of them. Despite the physical demands, it’s an expedition that would have been harder to do earlier in their careers. 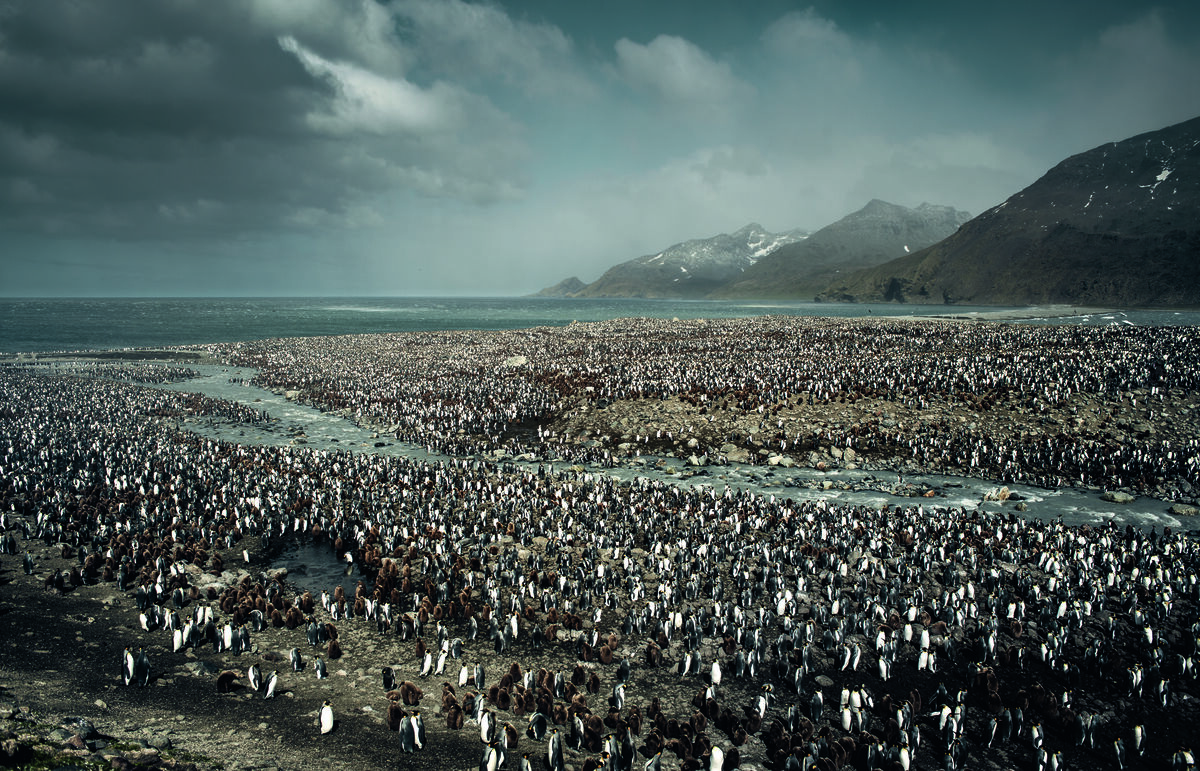 “Perhaps the biggest factor was our mental preparedness,” he said. “We were, by this stage in our careers, entirely comfortable being alone in the wilderness and having to rely on our own resourcefulness to overcome adversity.”
Mental fortitude was necessary in the polar regions, where the landscape is made of ice, wind, and tempestuous seas. “On land, we were often subjected to gusts of wind so strong that they sand-blasted us with fine gravel that they lifted off the ground together with tiny ice particles,” Peter recalled. He and Beverly relied on expedition ships to navigate tumultuous waters and took shelter behind icebergs when the winds grew too brutal. Despite this punishing landscape, the displays of wildlife captivated the photographers. “In this environment, it was truly astounding to [see] colonies of birds more than half a million strong,” Peter continued. 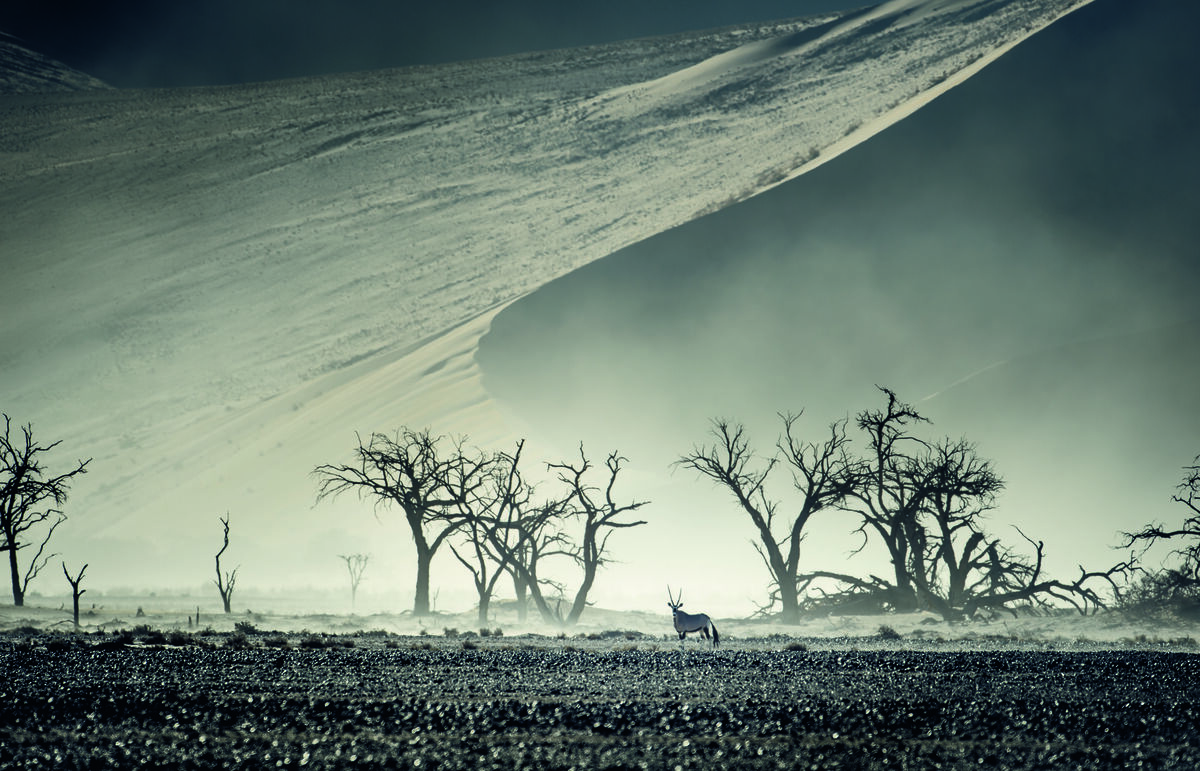 Looking through the Pickfords’ photographs, it’s easy to forget their presence outside of the frame, gazing upon grizzly bears grappling in Alaskan waters, or a family of guanacos traveling through the mountainous Patagonian landscape. But that’s what coexistence with nature should be, they believe: humans traveling or living on the land without subjugating it with their presence. As Peter writes in Wild Land, “it is one of our greatest delusions to regard ourselves and the earth as separate.”
That divide has widened as civilization has flourished, trading grasslands and forests for cement and metal. Humans “have become more and more distant from contact with the earth in its natural state,” Peter said. “Without a connection to the planet, people cannot care for it.” Even taking the stance that we should preserve the world’s finite resources isn’t enough, he emphasized, because it still means assigning value to those resources instead of the land itself. “Wild land, in as pristine or as natural a state as possible, is today more rare and therefore more precious than anything we would take from it.” 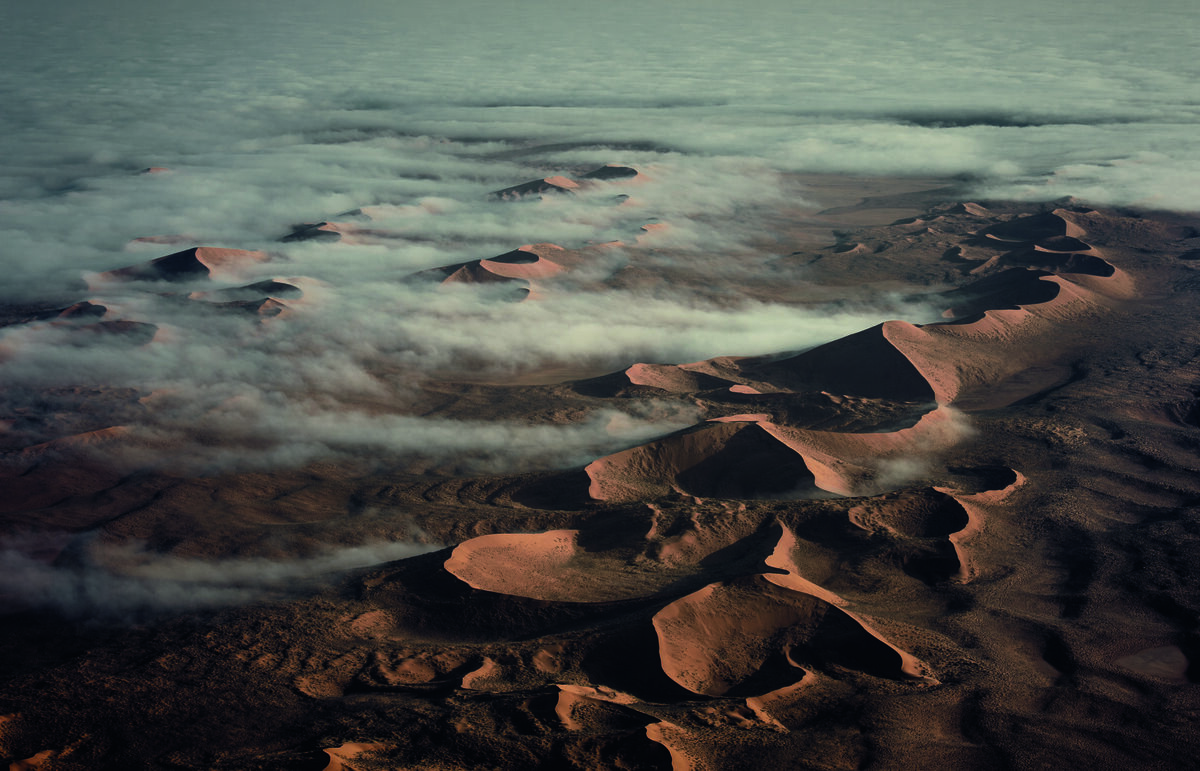 Most of us will never leave our worldly comforts to experience true remoteness, places where few people have left their footprints behind. The Pickfords hope that they can express just a little of what they experienced on such a rare journey.
“In retrospect,” Peter mused, “I think the biggest impression that I have come away with is the immensity of the privilege of knowing wilderness.”
Jacqui Palumbo is a contributing writer for Artsy Editorial.
Related Stories