Installation view of “Relative Values.” Photo by Rebecca Schear. Courtesy of the Metropolitan Museum of Art.

Think of your favorite painting by a
Northern Renaissance
artist—say,
Jan van Eyck
. Perhaps it’s his Ghent Altarpiece from around 1432, or the iconic Arnolfini Portrait he created two years later. Today, these paintings are hung in major museums like the National Gallery in London, subjected to deep art-historical analyses, and estimated to be worth millions of dollars.
There’s no doubt nowadays that works likes Van Eyck’s masterpieces are worthy of such great fiscal and intellectual value. But, in 15th-century Flanders, paintings like these tended to cost less than sculptures and tapestries. Indeed, the latter were so expensive that those not wealthy enough to own a tapestry would be lucky to even get a glimpse of one, says Elizabeth Cleland, a curator in the Metropolitan Museum of Art’s European Sculpture and Decorative Arts department.
“I’m first and foremost a tapestry specialist, so I’ve spent years trying to emphasize that they were much more highly valued than panel paintings,” Cleland tells me, as we stand before a glistening 6-foot-tall Flemish tapestry from around 1520 in a gallery on the Met’s first floor. “I took that as the jumping-off point to do a show that asks, what were the hierarchies of value in Northern Europe 500 years ago?”
The curator has answered this question in “Relative Values: The Cost of Art in the Northern Renaissance,” a small yet rigorous exhibition that pulls together a multitude of works from the Met’s Northern European collection—vessels, clocks, devotional paintings, even drinking games—and translates the complex value systems that determined their worth centuries ago into terms that modern-day museum-goers can understand.
After sourcing and studying a cache of Renaissance-era financial documents, Cleland teamed up with exhibition designer Michael Langley to develop a display system that organizes the show’s objects into a hierarchy, based on the cost of the materials they’re made from. While this helps us begin to visualize Northern Renaissance value systems, it doesn’t fully mirror the objects’ prices back then; though raw materials were important, other factors, like the artist’s skill and the item’s purpose, also mattered. “That was the difficult part—to give visitors a sense of how much these things actually cost,” she says. 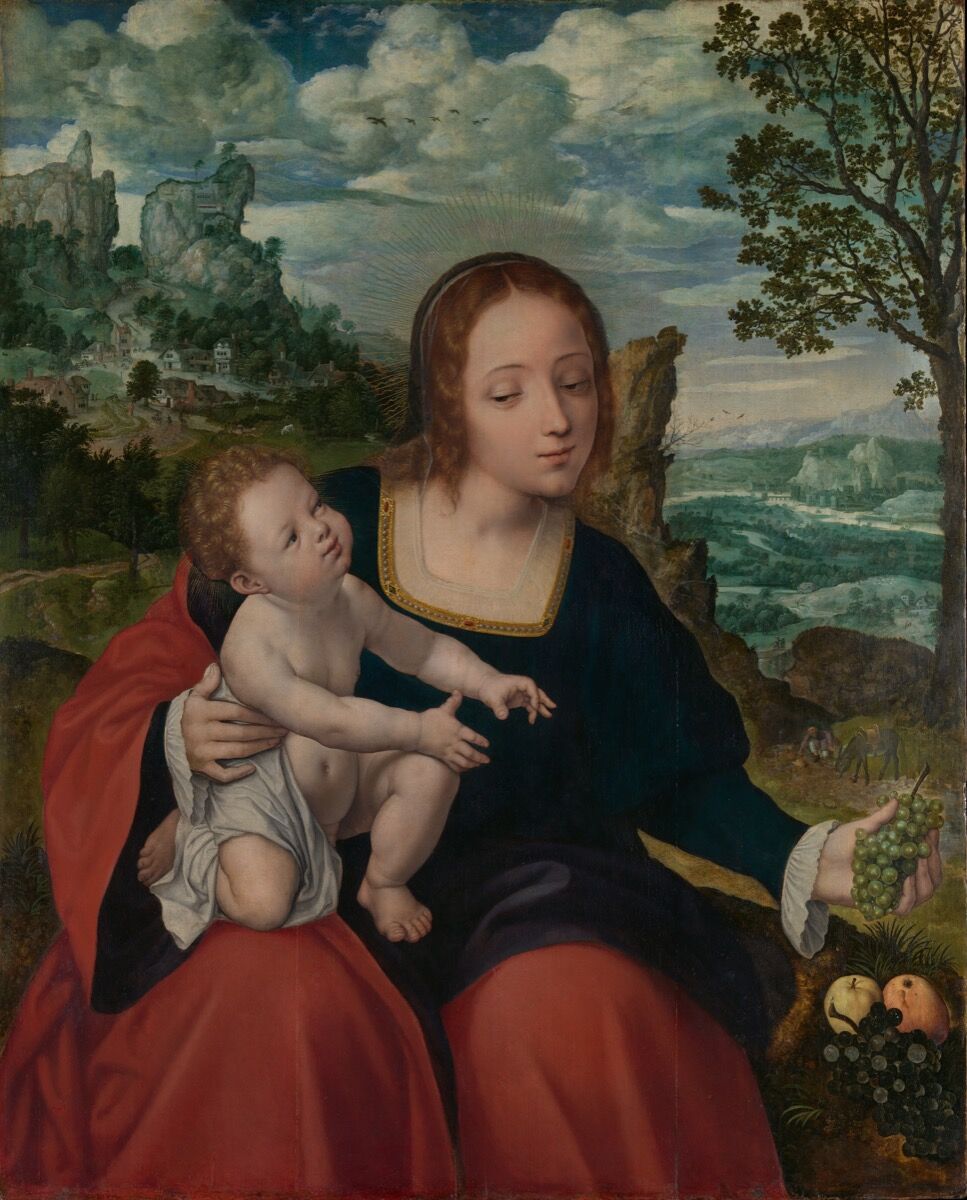 Follower of Quentin Metsys and Master of the Liège Disciples at Emmaus, The Rest on the Flight into Egypt, ca. 1540. The Friedsam Collection, Bequest of Michael Friedsam, 1931. Courtesy of the Metropolitan Museum of Art. 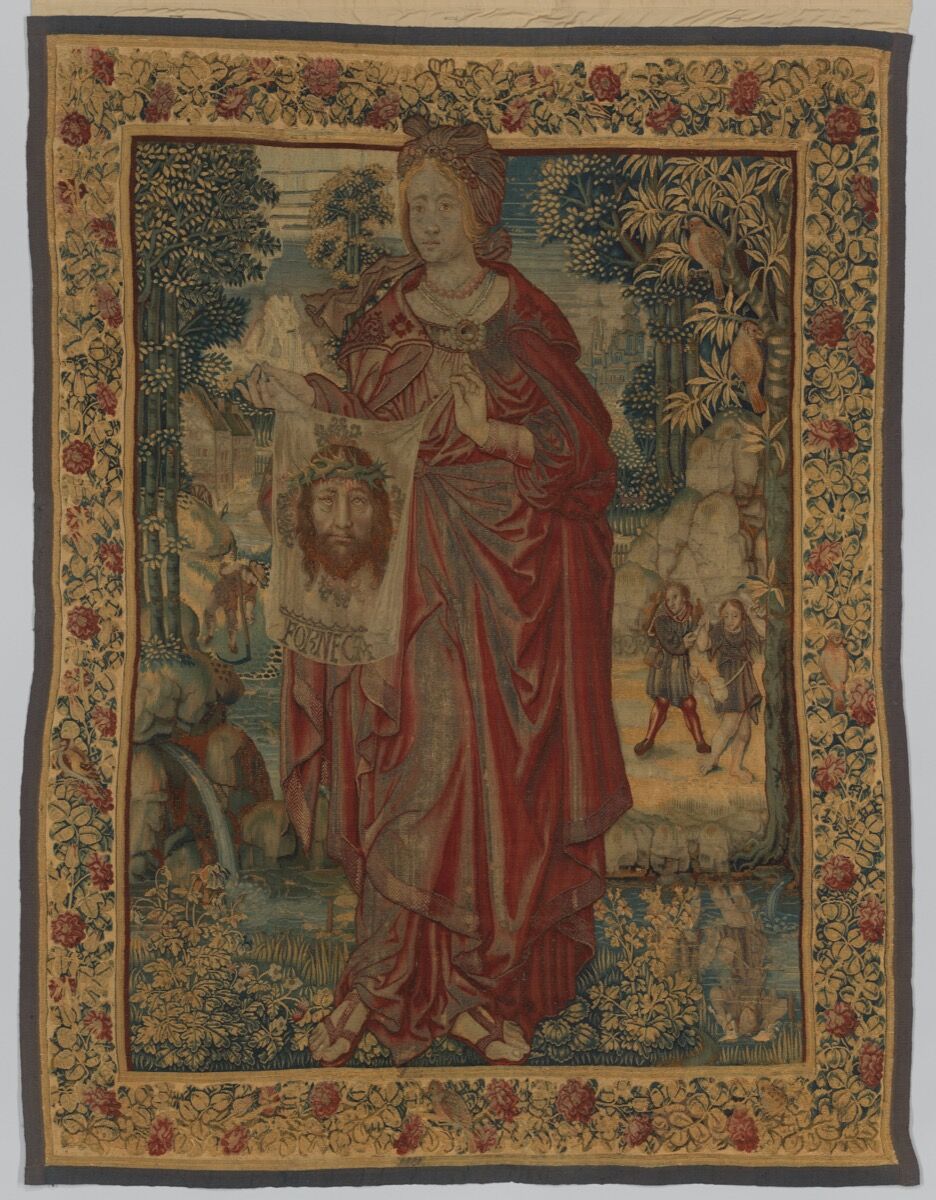 Cleland researched the objects’ original valuations, but they came from various parts of the continent, and thus had varying currencies, typically in gold or silver weight. To levy this, she converted all the appraisals into silver (“It’s been years since I’ve done that much algebra!”) and came to an average price, in silver weight, for each item.
Still, given that such currency hasn’t been used for hundreds of years, she realized that the cost in pure silver weight would mean little to museum visitors today. “I had to find something whose cost was constant across Europe at the time, and into which we could convert these silver weights,” she says. The answer? A milking cow.
Milking cows were of great value to families living in Northern Europe at this time; most upper-middle-class households owned one. As Cleland explains, the cost of a common dairy cow in 1550 was approximately 175 grams of silver, or a month’s pay for a skilled craftsman, regardless of where he lived. A handy wall label in the exhibition converts the price of one cow into other 16th-century equivalents, like 59 days’ wages for an unskilled laborer in London, or nearly 5,400 loaves of rye bread in Brussels. One milking cow’s value was high enough, then, so that the numbers would be manageable when representing pricier items.
After Cleland ran the same silver-to-cattle calculation for everything in the show, cows became the official “currency.” Each work in the exhibition is accompanied by a label showing its “cow value,” represented by a small likeness of the animal, multiplied by however many it was worth. (It’s important to remember, though, that this reflects what the objects cost at the time, not what they’re worth today, and that people didn’t actually use cows to pay for them.) 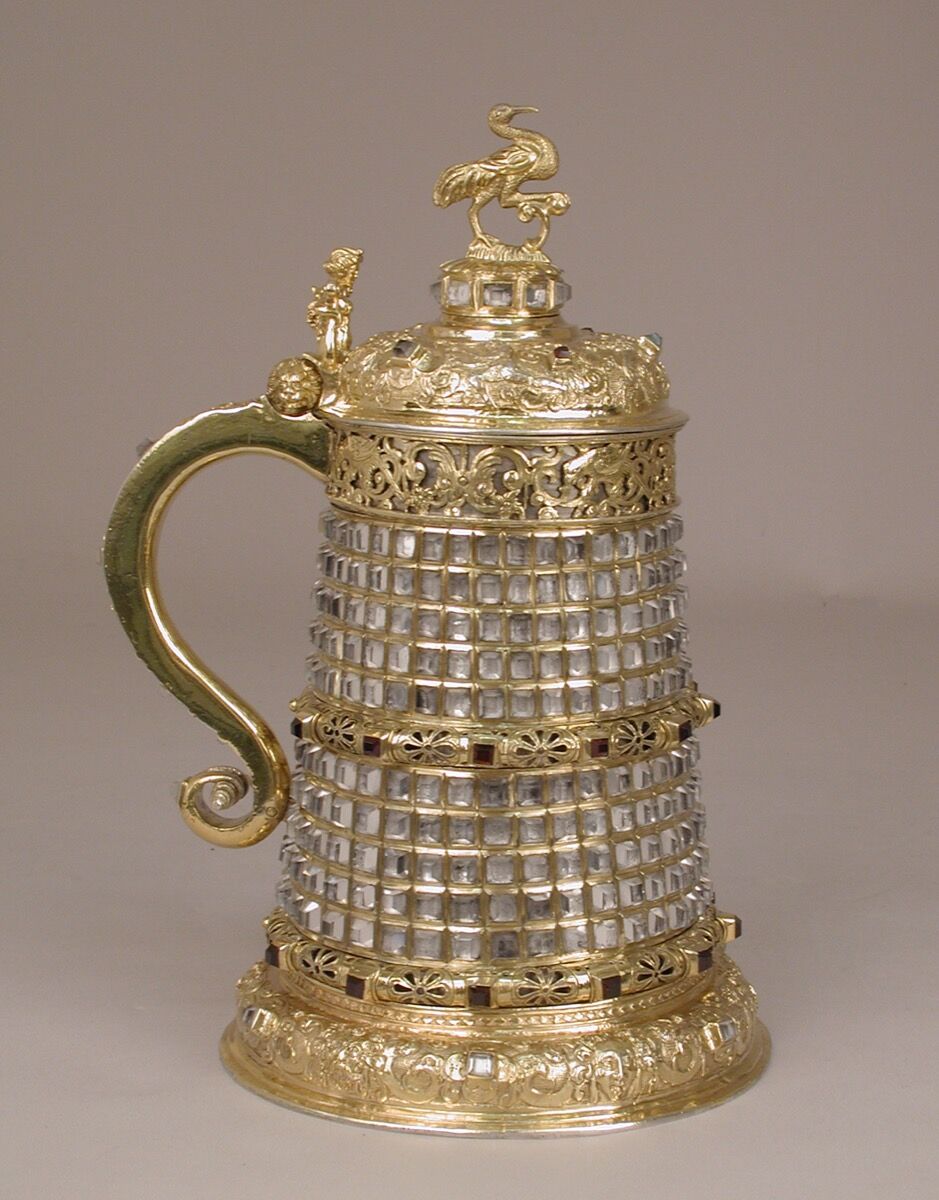 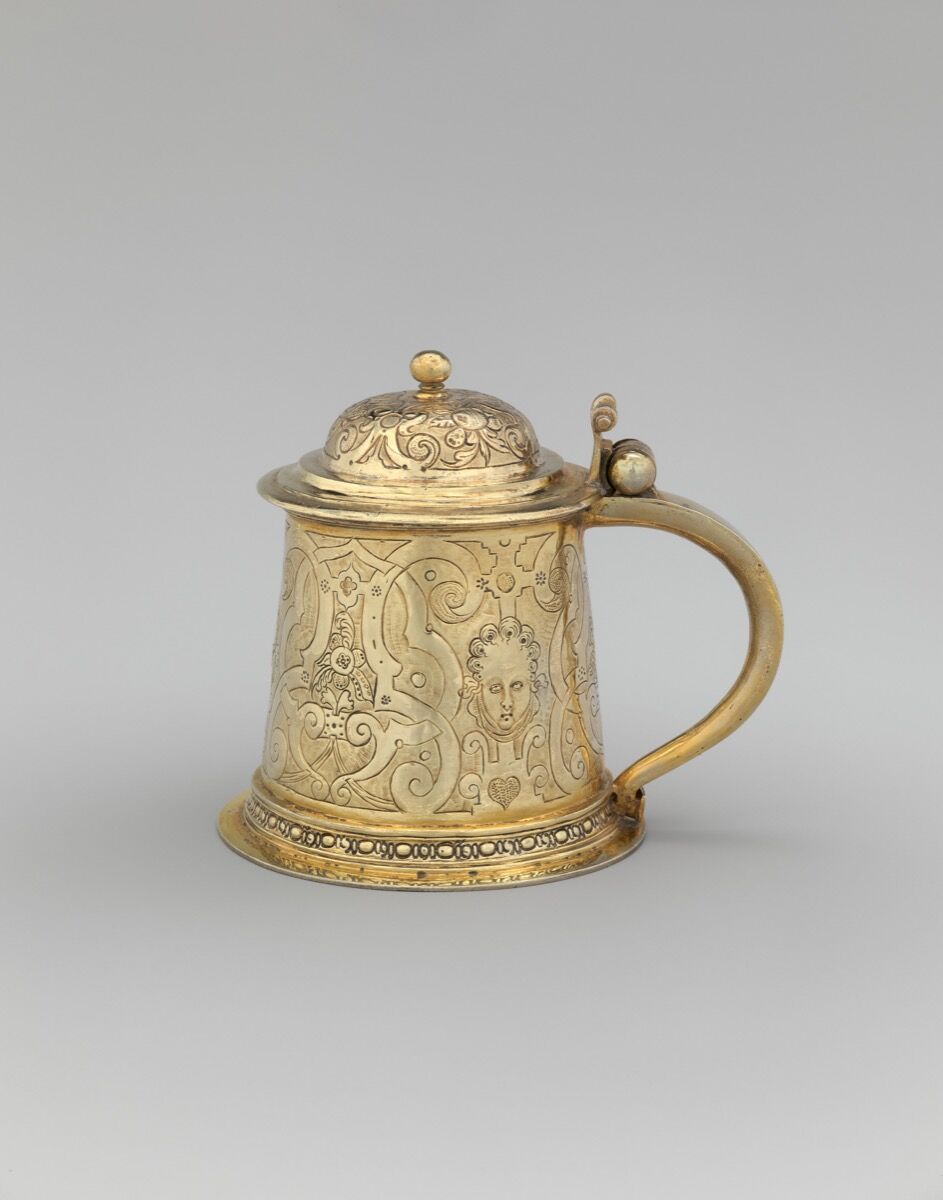 Advertisement
A solid example of this cow currency at work is with two gilded silver drinking vessels called “tankards,” both of which were made around 1585. The low-end example was worth five cows, and was fashioned solely from the gilded silver, which was easily accessible due to the abundance of mines in Augsburg, Germany, where it was crafted.
Its high-end counterpart, made in Bohemia for Holy Roman Emperor Rudolf II, is larger and emblazoned with ornamentation. Carrying a cow price of 158, it’s one of the most expensive items in the show, mostly due to its rock crystal embellishments. Then a rare mineral worth its weight in gold, the luminous rock crystal—better known today as quartz—is also the primary material of the show’s top-valued work, a German bird-shaped vessel priced at 275 cows.
Meanwhile, the 16th-century cost of the tapestry Cleland and I first stood before, Saint Veronica, was equivalent to 52 cows. While significantly lower in cow value than the rock crystal items, “that was almost nine years’ pay for a laborer,” she emphasizes. This cost reflects the tapestry’s exceptional quality: Many of its tightly woven threads—which combine to form a life-size portrait of the saint—are individually wrapped in silver.
Nearby, the oil-on-panel work The Rest on the Flight into Egypt is a quintessential
Virgin-and-Child
painting. It was likely rendered by two artists from the Netherlands around 1540, placing it in the same time, place, and religious context as the neighboring tapestry. With its soft brushwork, deep colors, and highly detailed background, one could assume that this painting was worth just as much as the Saint Veronica tapestry, if not more.
On the contrary, this painting would have been worth a fraction of the tapestry, at five cows. Roughly equal to five months’ work for your ordinary craftsman in Antwerp, this was still a significant sum for 16th-century workers, even though the object’s label states that it was probably intended for a quick sale in a Flemish market. “We want to be very careful not to denigrate painting; of course, it’s still very important,” Cleland clarifies. “But in the 16th century, this would have been one of the cheapest objects in the room.” 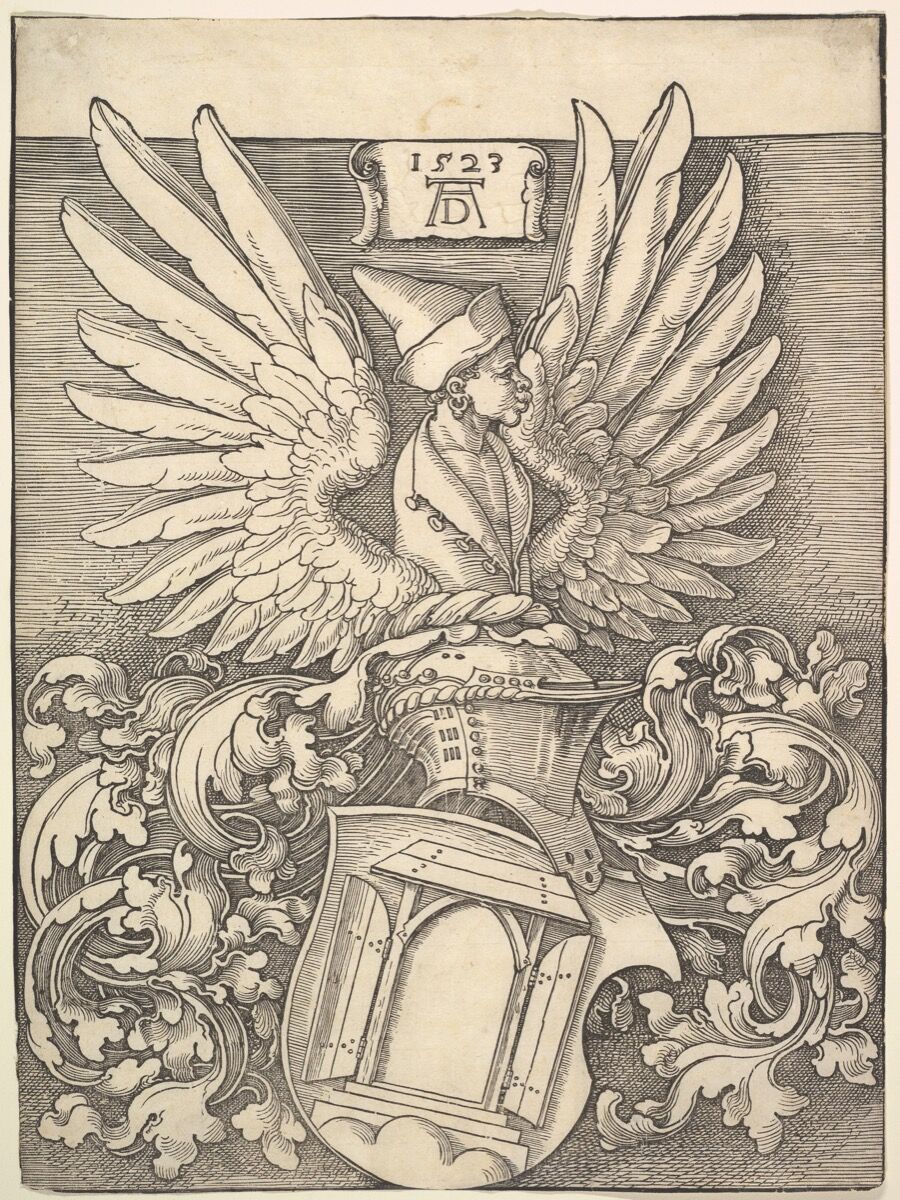 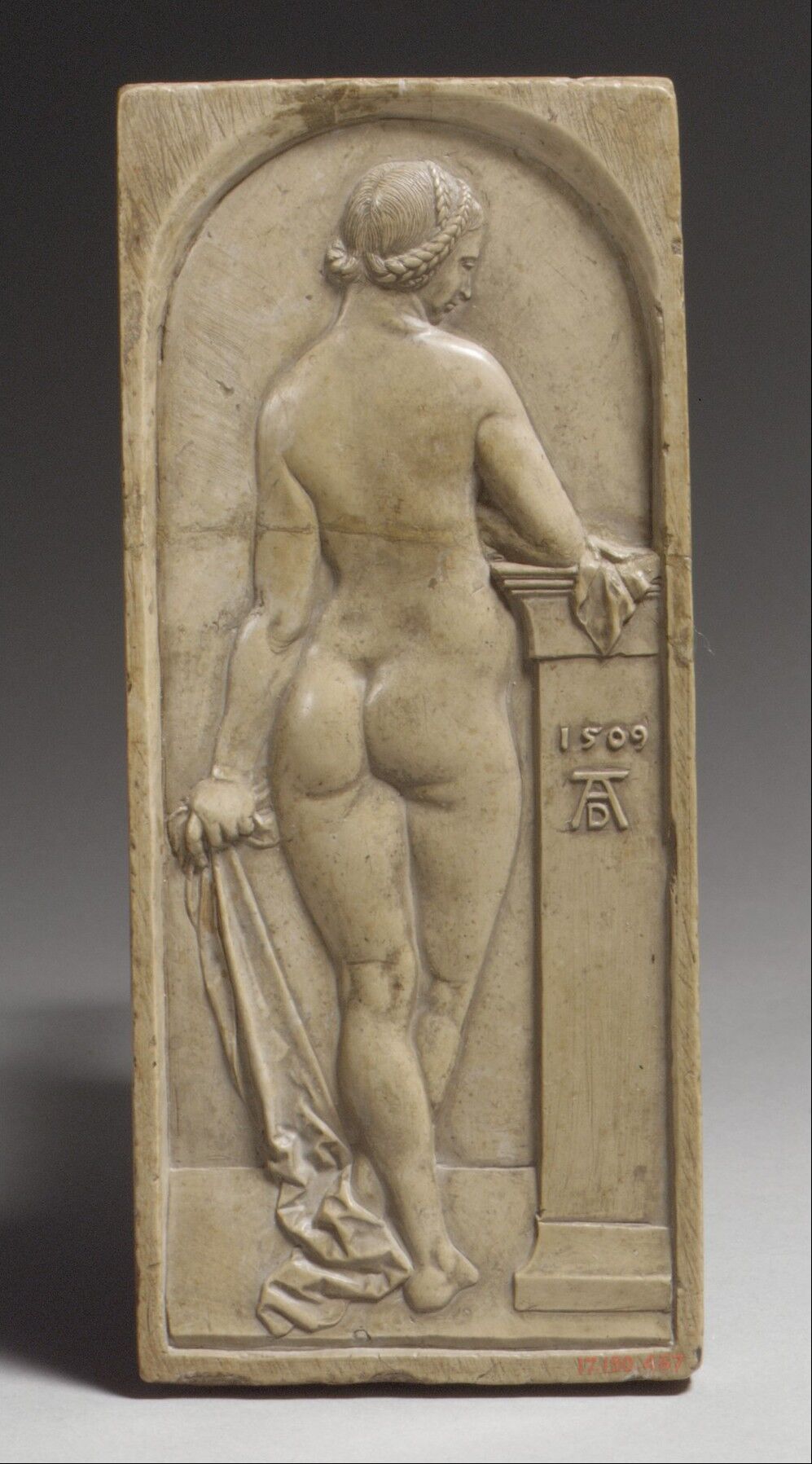 After a composition by Albrecht Dürer, Female Nude Seen from Behind, early 17th century. Gift of J. Pierpont Morgan, 1917. Courtesy of the Metropolitan Museum of Art.

Another of the then-inexpensive works on view is a crisp woodcut print by
Albrecht Dürer
, which is estimated to have been worth just half a cow following its creation in 1523. In other words, an unskilled laborer could have purchased this work, which features the master’s coat of arms and monogram, after saving up a month’s income. Of course, there would have been more important things to budget for (such as, say, an actual cow). But the concept of an authentic Dürer print being valued at this relatively low cost upon its creation—which came after the artist achieved fame for the “Apocalypse” series (1498) and Melencolia I (1514), and just five years before his death—may be hard for art lovers to fathom today.
“The [print’s] lower price, compared to most of the other objects, reflects that it’s on paper, and one of multiple editions,” Cleland explains, “whereas the appeal of this honestone plaquette was that it was believed—erroneously—to be from his hand.” She points to a small relief sculpture of a female nude, which sold in the early 17th century for the cost of nine cows, due to its inclusion of Dürer’s monogram. As Cleland hinted, though, it turned out to be a posthumous copy, and therefore carries relatively little fiscal value today. “Here’s where it gets interesting to compare the costs of raw materials and overarching social factors with the cow price, because you find it’s getting completely skewed,” she explains.
Despite its title, the show isn’t intended to solely focus on historical art-economics. “We didn’t want to be simplistic and say that it just came down to materials and costs,” Cleland tells me. “By bringing in other contextual factors and looking at these works with a 16th-century mindset, you really get a sense of the richness and excitement of the era.”
That excitement is best reflected through the exhibition’s more whimsical objects, namely those that formed the basis of centuries-old drinking games. On the pricier side at 79 cows, Diana and the Stag (ca. 1620), a trophy-like piece, combined then-burgeoning technology with exquisite decoration—while also being used for a popular activity amongst upper-class guzzlers. 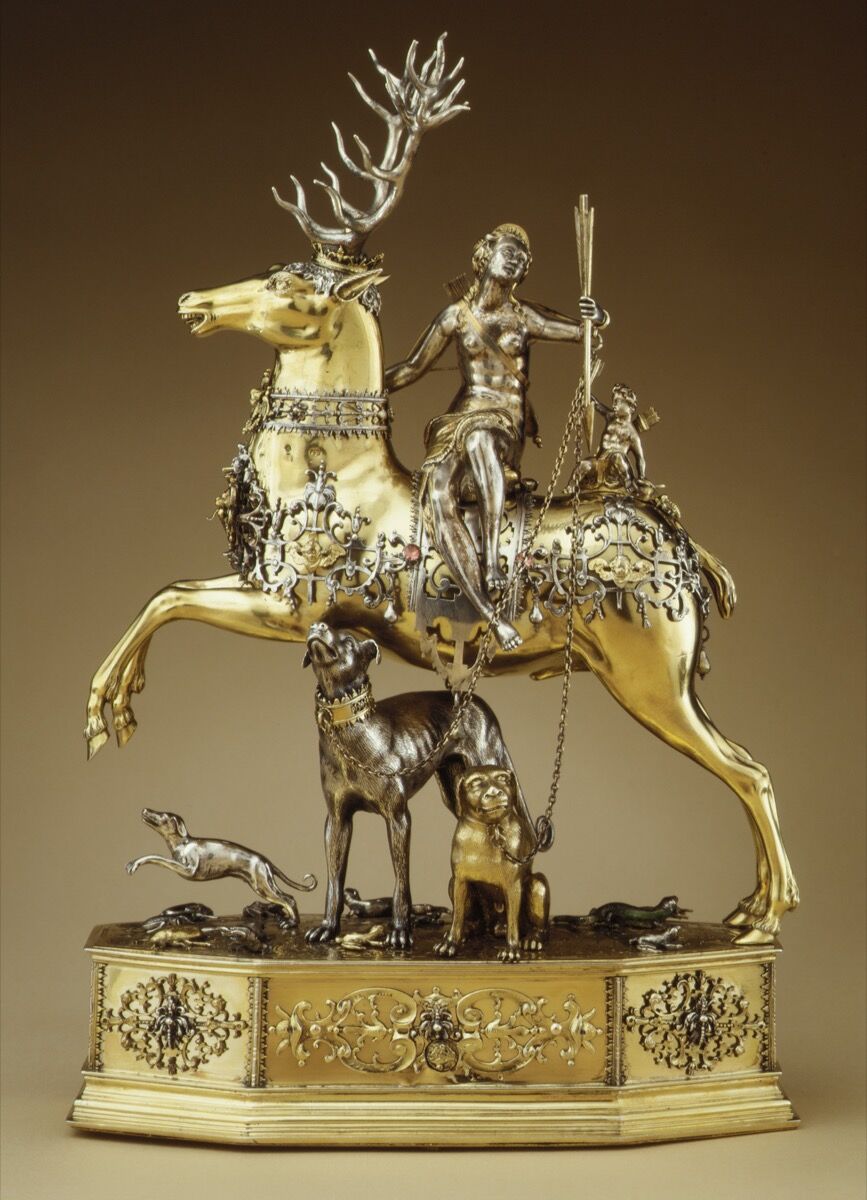 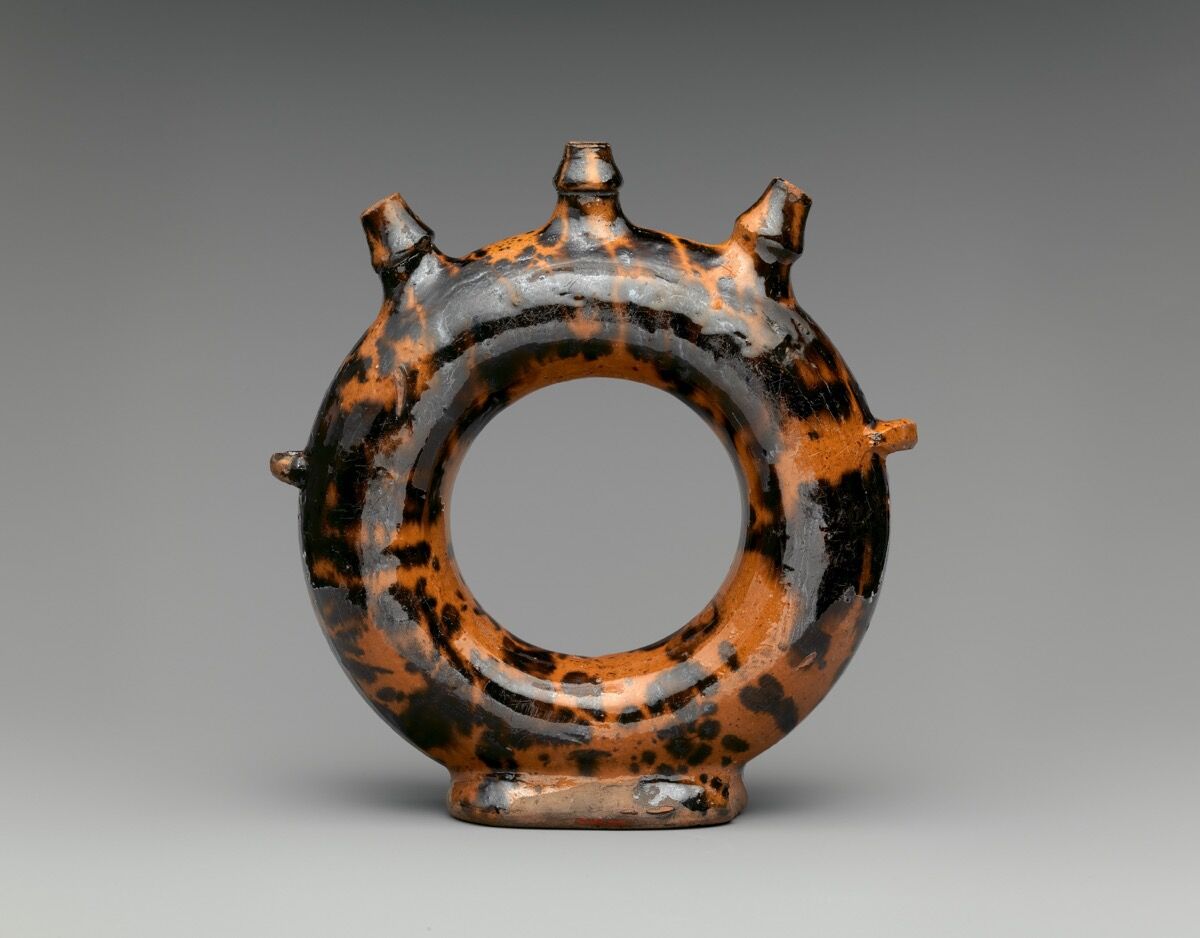 A wind-up mechanism caused the gilded object to vibrate; when placed on a table, the deer would move, eventually motioning towards one edge of the surface. The person sitting where the stag stopped would then screw off its head, exposing a vessel, and drink all of its contents. “We tend to approach objects like this simply as hallowed, incredibly beautiful things,” Cleland says. “It’s surprising to realize that when it was new, it was a drinking game—for the very wealthy.”
What about everyday folk in Northern Europe who wanted to get in on the fun? With the price tag of one-eighth of a cow, a 16th- or 17th-century French puzzle bottle may not have been as technologically advanced as the stag, but provided as much entertainment—and drink. In this activity, participants had to figure out which of the vessel’s three spouts to drink from without getting spilled on.
“It’s such a physical, hands-on game being played by people who were getting increasingly inebriated, and yet it survived!” Cleland gushes. She also admires the object’s speckled design, which was achieved by splattering paint onto the clay before firing. “That’s especially exciting for us nowadays,” she says. “Even though it was worth so little at the time, it now has incredible artistic and historical value.”
Indeed, this sentiment can be applied to every object in the show, whether it used to cost the equivalent of a cow’s leg or a massive herd. When I ask Cleland if she’ll continue valuing artworks through cattle, she tells me there are no immediate plans—a forthcoming exhibition on the Tudors will have her occupied until 2020—“but maybe once that’s finished,” she muses, “I’ll return to the cows.”
Kim Hart
Related Stories