Dalí, Hockney, and Koons Have All Designed Labels for This French Winery 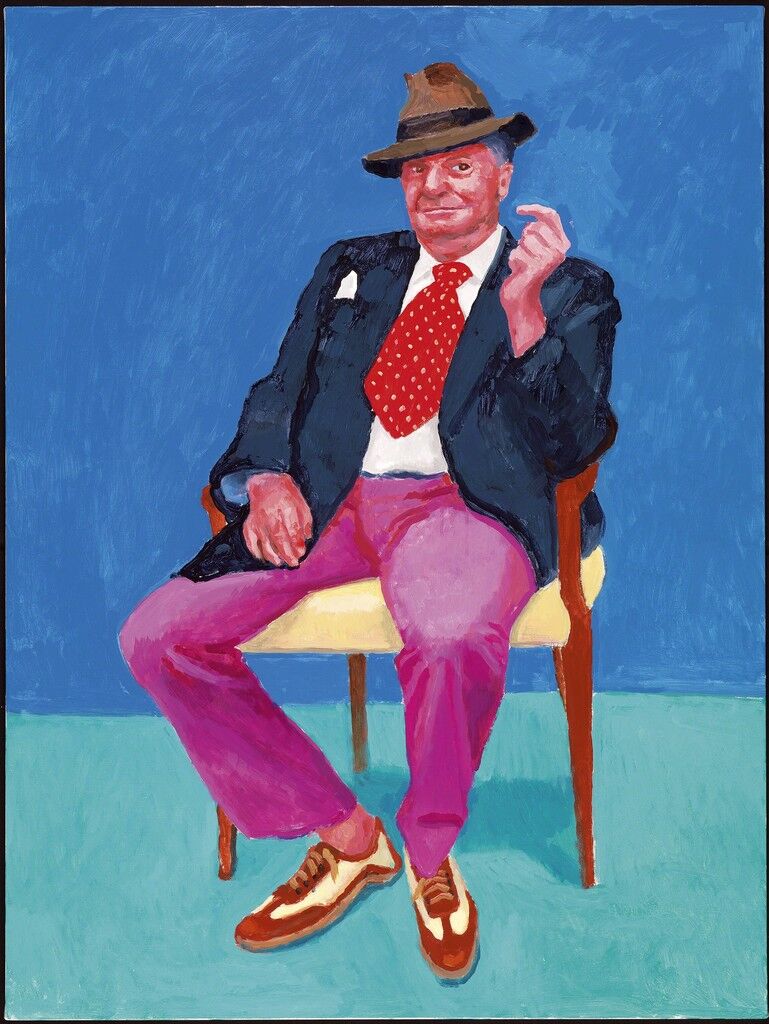 David Hockney
"Barry Humphries, 26th, 27th, 28th March 2015" from "82 Portraits and 1 Still-Life", 2015
Guggenheim Museum Bilbao
In the village of Pauillac, France, there’s an art collection with original commissions from some of the most famous artists of the last 100 years:
Pablo Picasso
,
Salvador Dalí
,
Dorothea Tanning
,
Francis Bacon
, and
David Hockney
among them. The artworks, however, were conceived for an incredibly small canvas—the label for some of the world’s most sought-after (and most expensive) bottles of wine.
Since 1945, the bottles of Château Mouton Rothschild vintages have featured a new artist-designed label each year. Bottles featuring a selection of these works will be sold this spring at Sotheby’s auctions in Hong Kong, London, and New York, with proceeds benefiting the restoration of the Palace of Versailles. Each of the 75 cases to be sold features five bottles of Mouton Rothschild with labels by artists who have exhibited at the museum and former royal abode:
Giuseppe Penone
(the 2005 vintage),
Bernar Venet
(2007),
Anish Kapoor
(2009),
Jeff Koons
(2010), and
Lee Ufan
(2013). The first 25 cases for Hong Kong are each estimated to sell for figures between HK$32,000 and HK$160,000 (about $4,000–$20,000). The winery’s tradition of commissioning artists for each of its labels didn’t begin in earnest until after World War II, but the idea began two decades earlier. In 1924, a 22-year-old Baron Philippe de Rothschild wanted to innovate the winemaking business and move away from traditional labels. When he took over the family business, he was also managing a theater in Paris and asked the affichiste, the theater’s poster artist, if he would be interested in contributing a design. The artist,
Jean Carlu
, agreed.
During the war, the Rothschilds, who are Jewish, fled Vichy France, and their mansion at Château Mouton Rothschild was occupied by German forces. Baron Philippe returned after serving in the war to find that the vineyard had been damaged; shortly after, while restorating the grounds, he also returned to the idea of artist-designed labels.
“He always had the notion that art and wine were very closely related,” said Philippe Sereys de Rothschild, the baron’s grandson, who currently manages the artist selection with his brother, Julien, and their sister, Camille. 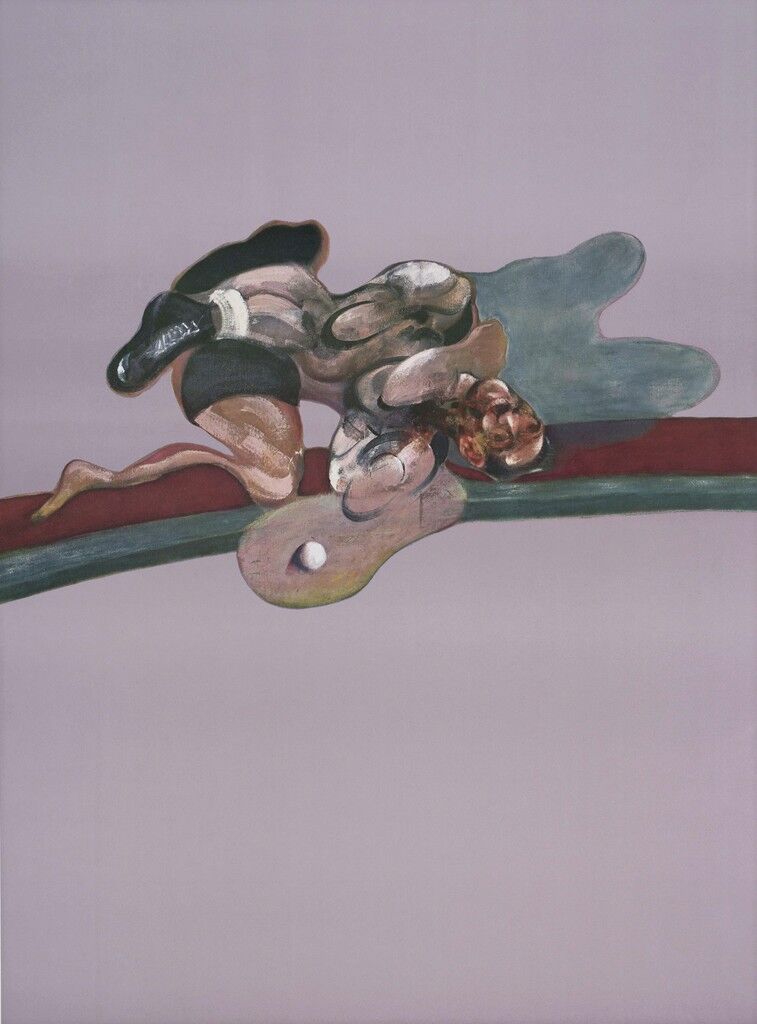 Francis Bacon
Triptych in Memory of George Dyer, 1971
Marlborough London
Advertisement
Their grandfather believed the best way to link winemaking and art was through the label, Philippe explained. The baron’s second wife, Pauline, a writer and fashion designer, was friends with a number of artists—including
Salvador Dalí
(who designed a label in 1958),
Henry Moore
(1964), and
Marc Chagall
(1970)—and helped her husband secure an artist each year.
In the 1980s, the baron’s daughter, Philippine, took the reigns of the business and the label designs. An indomitable woman, she visited film director John Huston in Mexico in 1982 to discuss designing a label; he initially declined, but she refused to leave until he changed his mind. Following her death in 2014, her three children took over selecting the artists.
“It’s a disorganized, organized process,” Philippe said, one that starts anew each year. “We look at what people do, what [they] create, how they work, and then we boil it down to a couple of names and get in contact with them.” 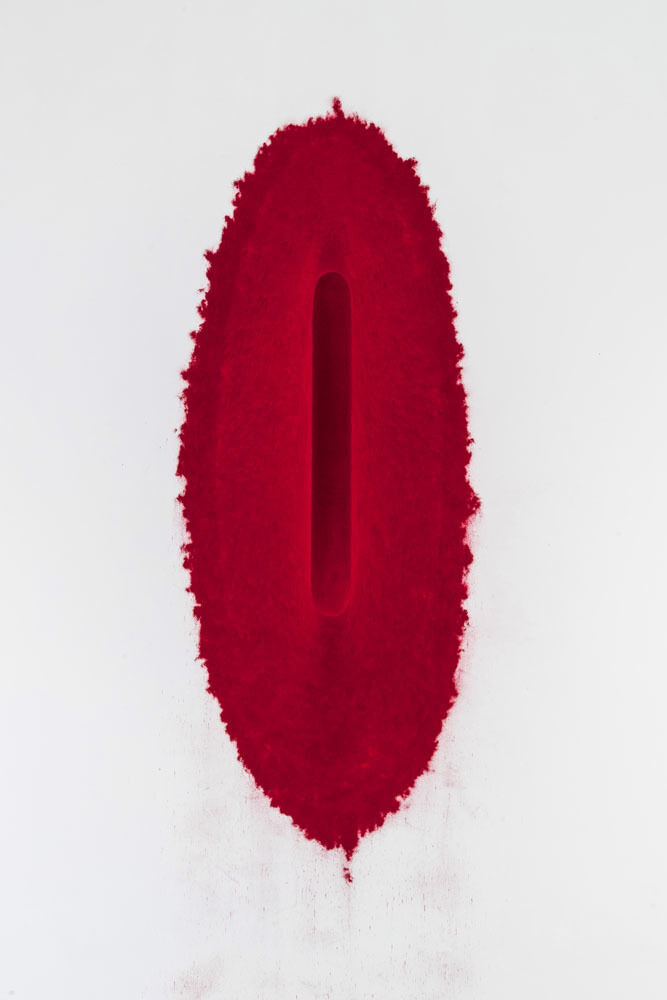 Julien, who is typically the primary contact for artists, sends to each information about the vineyards, past labels, and objects in the winery’s museum, which houses works like an ancient Greek wine vessel and a 16th-century Dutch winemaking tapestry. However, he doesn’t provide any guidelines for the final result.
“It’s really up to them to decide what they want to create,” Philippe said.
For the 2010 label, Koons modified a Pompeian fresco depicting the birth of Venus, overlaying her with silver lines that form a chalice—a symbol of wine and femininity. Three years later, Ufan made a meditative crimson brushmark for his design, its simplicity belying the wine’s complex fruity and spicy flavor with notes of coffee beans, vanilla, and chocolate. The most recent vintage, from 2016, features a work by
William Kentridge
. Jeff Koons
Gazing Ball (da Vinci Mona Lisa), 2017
Galerie de Bellefeuille
Each work that becomes a label is exhibited in the château, in a gallery that opened in 2013. And what makes the collection so special, Philippe Sereys noted, is how varied the artists’ interpretations are, from
Lucian Freud
’s childlike zebra illustration (2006) to Prince Charles’s emotive watercolor pine trees (2004).
“I think the charm…and the fantasy of this collection is that it’s not completely geared toward who is the best painter of this time,” Philippe said. “It’s who we like, who we want on the label…and the people who want to do something for Mouton.”
Jacqui Palumbo is a contributing writer for Artsy Editorial.
Related Stories