In September 2016, a blackout left 1.5 million Puerto Ricans without electricity for two days. An aerial photograph of the island, taken by NASA just after the power was cut, showed a dark mass in the middle of the Caribbean Sea; the southern city of Ponce, usually bright with artificial light, was pitch black.
But one light, tucked deep in a jungle cave outside of Ponce, “still shone brightly,” remembers Jennifer Allora of the duo
Allora and Calzadilla
, who placed it there. The artwork, which incorporates a re-purposed
Dan Flavin
work, is called Puerto Rican Light (Cueva Vientos); it runs on batteries fed by the Puerto Rican sun, and so didn’t depend on the island’s government-run power plants.
The off-the-beaten-path artwork—a long-term installation with no specified end-date—instigated heated debate when it was first unveiled in 2015. It nestles a fluorescent light by Flavin, Puerto Rican Light (to Jeanie Blake) (1965), in the nave of a remote cave. In turn, Allora and Calzadilla remove it not only from its original white cube context, but also from a conventional power source—electricity provided by city infrastructure. Flavin’s estate never officially sanctioned Allora and Calzadilla’s project. But the duo moved forward regardless, with the support of the Dia Art Foundation, which owns the Flavin work in question, and produced the project.
“We aren’t obsessed with Flavin and his work,” says Allora, when, on a recent Saturday, I serendipitously cross paths with she and Calzadilla on the trail that leads to the installation. “We used the piece because it has a resonance for us—and for our practice.”
I’m with a group of writers, curators, and artists who are also making a pilgrimage to see the piece. Photography of the installation is forbidden because, for the artists, the project is as much about the journey—through a diverse swathe of Puerto Rico’s landscape—as what lies at the end. (Even Instagram, a platform famous for surfacing images of artworks hung in rooms where photos aren’t allowed, doesn’t turn up any evidence of the fluorescent light.)
So, curiosity piqued, we embark on the two-hour drive from San Juan, Puerto Rico’s capital, followed by 30-minute hike through a dense jungle, complete with rock formations perforated with cool, dark caves, towards the piece. On the day we visit, sun shines through trees dripping in vines, mangoes, and the occasional snake. Advertisement
Allora and Calzadilla have lived in San Juan since the early 2000s. (Allora was born in Philadelphia and grew up in New Jersey; Calzadilla was born in Cuba and raised in Puerto Rico.) Their collective practice has explored the perils of colonization, globalization, and nationalism.
Flavin never visited Puerto Rico, but he dubbed several of his iconic fluorescent works Puerto Rican Light (to Jeanie Blake) (1965). Allora and Calzadilla came across the series while flipping through an art history book, and were intrigued by the title—and the story and cultural context behind it. Why did someone who never visited the island name his work after it?
In the 1940s through ’70s, when Flavin was making the majority of his work, the U.S. government pushed  “Operation Bootstrap,” an initiative that would send a new workforce of Puerto Ricans to the U.S. with the goal of “bootstrapping” both the island’s and mainland’s economies. It stimulated one of the first major migration of Puerto Ricans into the U.S.
The genesis of Flavin’s title is fairly simple. In 1958, New York’s first-ever Puerto Rican Day Parade animated a stretch of Fifth Avenue. And in the mid-1960s, a woman named Jeanie Blake, who worked at Green Gallery, where Flavin had his breakout show in 1964, saw one of the artist’s fluorescent lights. She told him it reminded her of Puerto Rico, whose colors she knew only from attending the parade, which became a perennial New York celebration. 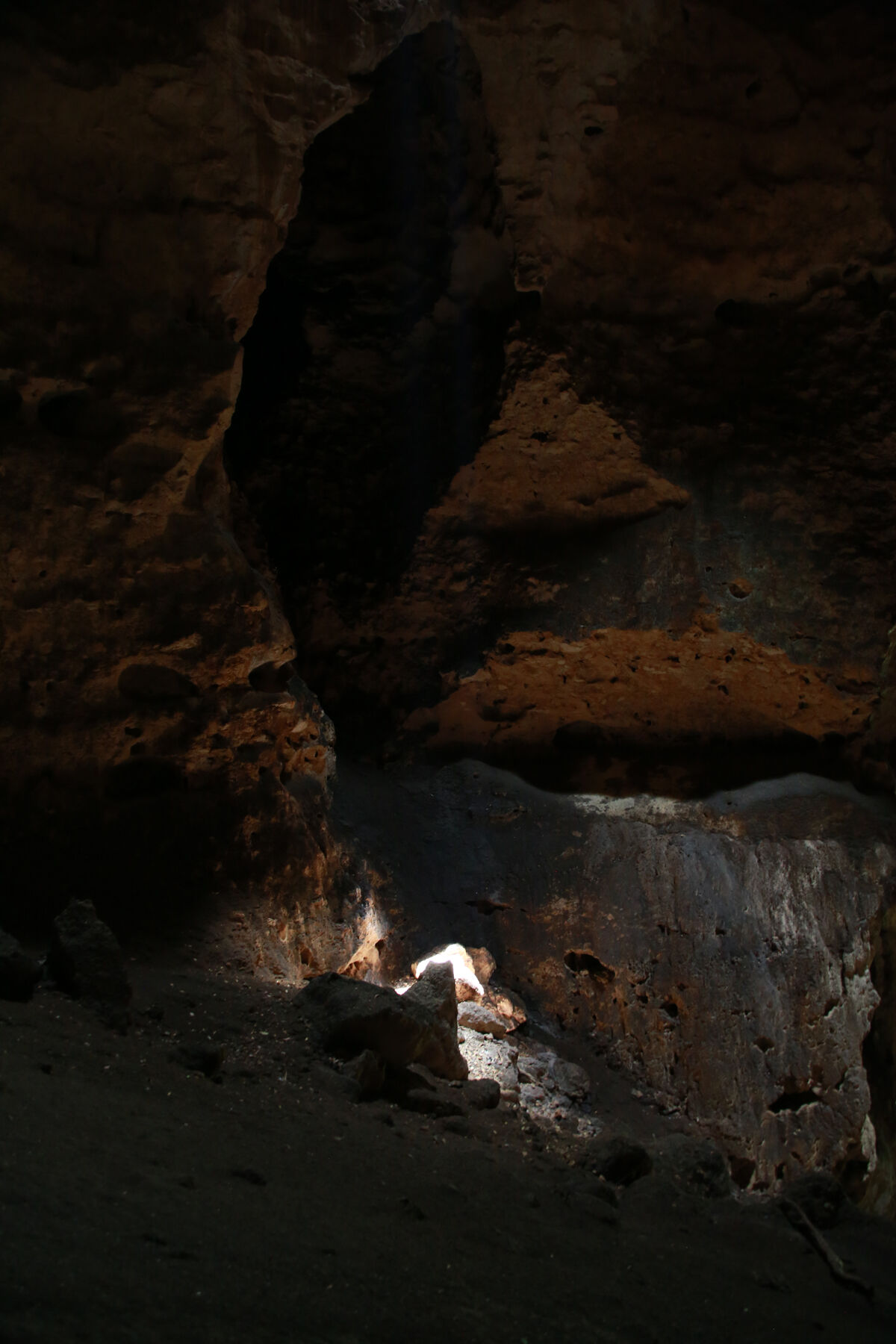 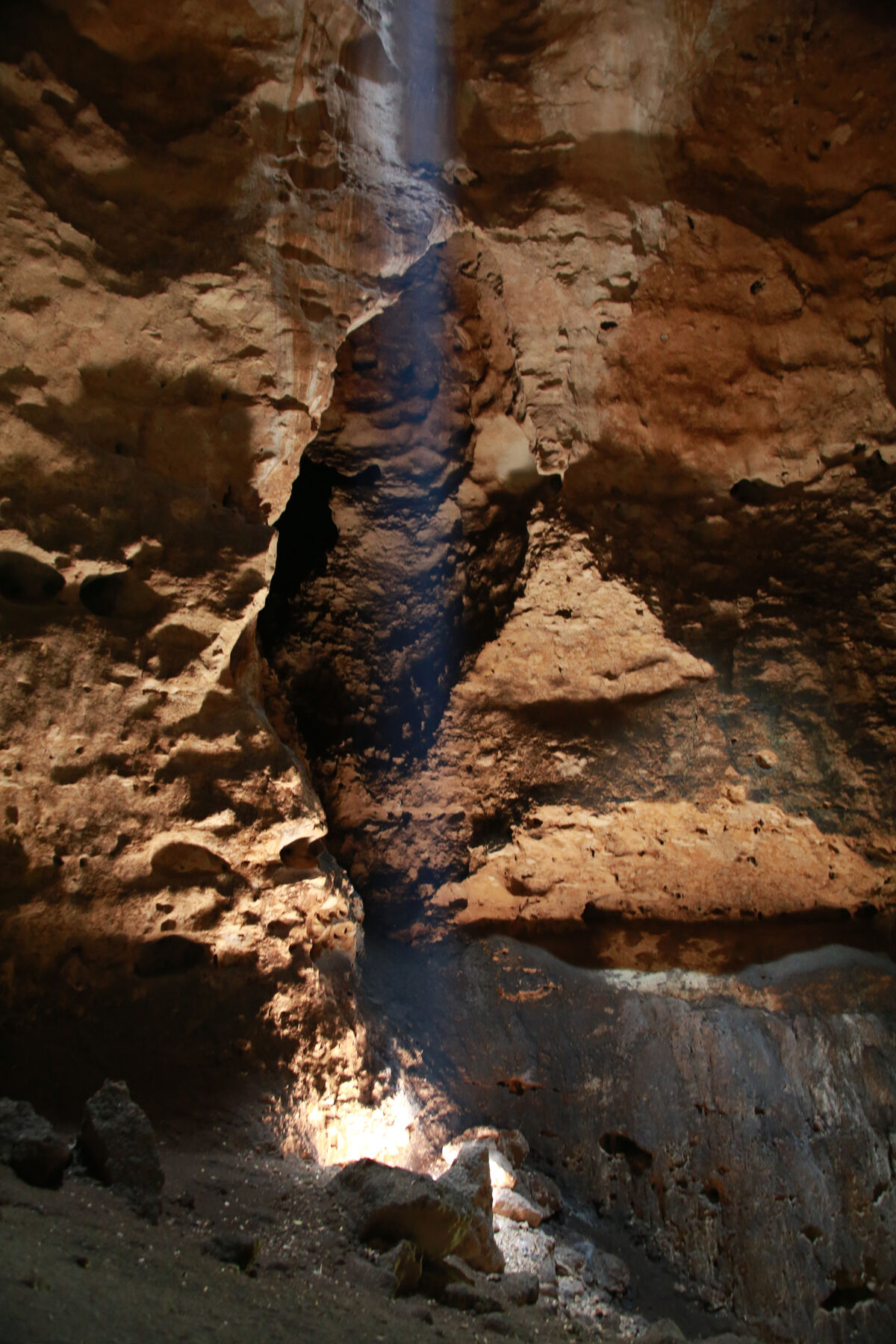 “That would have never happened if there hadn’t been an influx of Puerto Ricans who brought a new cultural expression to New York City,” says Allora. “That’s what interested us: this circuitry of migration that was happening then and still happens today: Puerto Ricans going to the mainland, coming back—and the power dynamics that exist between the U.S. and Puerto Rico.”
Puerto Rico was a U.S. colony from 1898 until 1952, and has existed as a U.S. commonwealth since then. In recent years, the local economy has struggled and seen another mass migration of its people off the island, which has only exacerbated instability. In the past decade, the island’s population has declined by a whopping 9 percent (that’s a greater percentage population loss than war-torn Ukraine suffered between 2005 and 2015). In 2014, 84,000 people—or 2 percent of the population—left for the mainland U.S. alone.
The gravity of Puerto Rico’s insolvency was made clear last month, when the island’s government announced a $73 billion debt and filed for a form of bankruptcy, making it the first American territory or state to take this step. A large number of its residents see Puerto Rico’s struggles as a result of its colonial history and lack of autonomy. Murals, some still wet with paint, reveal an abiding desire for independence: “Welcome to the oldest colony,” more than a few assert, sarcastically, in flowery cursive. It’s in this tenuous political and economic moment that I arrive, after a hike through a lush patch of jungle, at Allora and Calzadilla’s Puerto Rican Light (Cueva Vientos).
First, only the cave’s tall, deep cavity—and a flurry of bats that fly back and forth around high-hanging stalactites—are visible. Then, as we make our way further into what looks like a black hole, the ground squishy with guano, we glimpse a pinkish-orange glow high above our heads. The color it emits isn’t dissimilar to a sunset I saw the evening before from an Old San Juan rooftop. (Indeed, it’s that same captured light that is helping the Flavin glow today.)
As the fluorescent band illuminates the walls the of the cave—which, of course, stood here long before the island’s status as a U.S. or Spanish colony—the power of Allora and Calzadilla’s Puerto Rican Light (Cueva Vientos) crystallizes. Puerto Rico’s history and culture are rooted in a landscape rich with life and resources, which allowed its people, prior to colonization, a self-sufficiency that might be buried and in danger, but still—nonetheless—remains.
Alexxa Gotthardt
Related Stories