Tess Thackara
Jan 28, 2016 11:42am
More often than not,
Thornton Dial
, who passed away on January 25th, 2016 at age 87, is talked about in the context of his biography. It makes sense that Dial’s outsider narrative, one of a poor, untrained artist born on a former cotton plantation in the South and plucked from obscurity by a collector, would capture imaginations. Dial was a true artist, meaning one for whom making objects was so much a part of his DNA that for many years he did it without really knowing it was art. 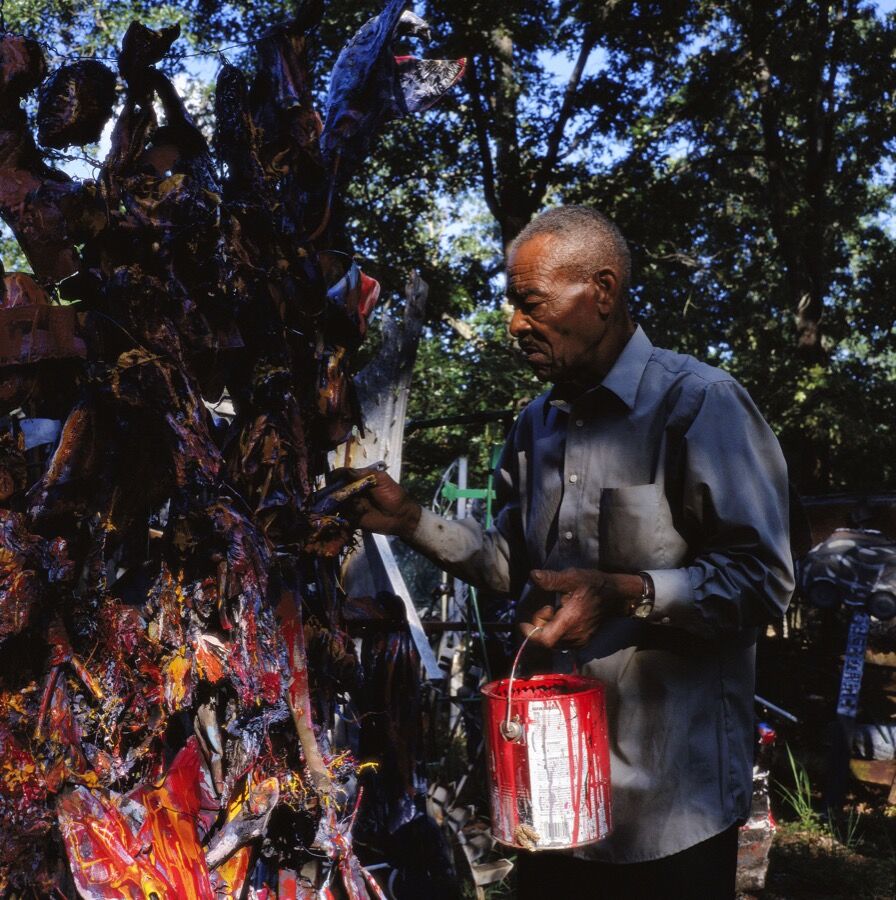 So much was his art a part of his daily life that his works absorbed the stuff it contained—the metal parts, cloth, toys, chicken wire, wood, and other matter he encountered. For many, the content of Dial’s work and his status as an outsider, when combined with the expressive, semi-abstract compositions that sometimes recall the New York School of Abstract Expressionists, made him a “crossover” artist between folk and fine art. His work, in fact, drew far more heavily on the assemblage traditions of African-American Southern yard art.
But the legacy he leaves is in the magnificent works themselves. And the sprawling, towering, glutted sculptures, assemblages, and paintings—and swirling, whimsical drawings—that make up his prolific output demand us to put these binaries aside, without obscuring the specific context in which they were created. “His work has an immediacy and freedom that engages viewers and connects them to a depth of emotion and experience,” says the gallerist Marianne Boesky, who recently added Dial to her roster. “It’s an ability that cannot be taught, that comes from having something meaningful to say about life—and choosing to say it through art. That Mr. Dial moved so ably between media only further reflects the power of his creativity.” Below are five of his later works that encapsulate some of the numerous media, styles, themes, and motifs in Dial’s restlessly creative oeuvre. Thornton Dial, Don't Matter How Raggly The Flag, It Still Got To Tie Us Together (2003). Photo by Stephen Pitkin/Pitkin Studio. © Thornton Dial. Collection of the Indianapolis Museum of Art.

Advertisement
Dial’s work frequently manifested sharp social commentary that responded to race relations and other charged current events taking place within the U.S. and further afield. In Don’t Matter How Raggly the Flag, It Still Got to Tie Us Together (2003), made with tin cans, metal coils, plastic, cloth, and paint in the early days of George W. Bush’s War on Terror, Dial presented a vision of the American flag as a complex, chaotic, and densely woven surface with splatterings of red paint on white cloth that sometimes suggest blood-smattered bandages.
Dial’s relationship to the material world was such that his thick assemblages express the whole spectrum of human life—of physical toil and hardship, but also moments of levity, love, and happiness; of the specificity of his life in the rural South, but also experiences and references that are universal to us all. In Lost Farm (Billy Goat Hill) (2000-2002), the horns and skin of an animal, a man’s worn leather shoes, an ironing board, and several children’s toys are visible within a tangle of fabric and rope. In The Art of Alabama (2004), a totem of vibrantly paint-splattered objects—including metal scraps and a neo-classical female sculpture (a symbol of the dominant European artistic tradition that, suggests curator Joanne Cubbs, Dial transcends with this soaring form)—reaches up into the sky. 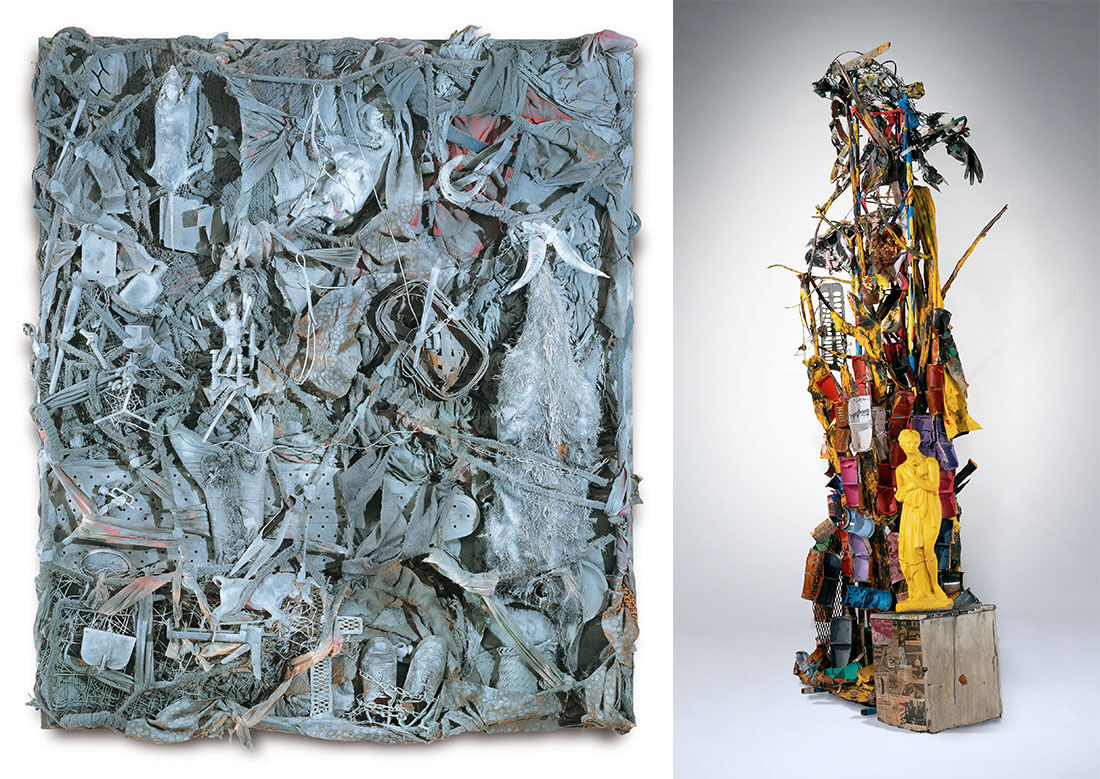 Dial also penned hundreds of drawings, exploring themes of relationships, sex, liberty, and spirituality in gestural, whirling compositions. In Untitled (1991), a watercolor on paper, Dial depicted his recurring motif of the tiger, a stand-in for himself and an emblem of the black struggle in America, alongside strong female nudes—another frequent subject of his drawings.
“I was raised by women. It did a whole lot for me,” Dial once said. “Coming up in the world that way make me realize what struggle they have. Make me understand how to be a man.” Jumping Over Trouble (2008), Dial’s pastel drawing of a woman leaping with arms extended upward, suggests a celebration of physical freedom.

“All my pictures somehow be mostly about freedom,” Dial said. “The black race of people have freedom now. That’s true. And we have the opportunity to look back at what we have did and be proud. Martin Luther King helped us to get that, with what he told us about the freedom of life. He said these things will happen, that we will join hands together...My art talk about that freedom. People have fought for freedom all over the world. I try to show that struggle. It is a war to be fought. We’re trying to win it.”
Tess Thackara
Related Stories