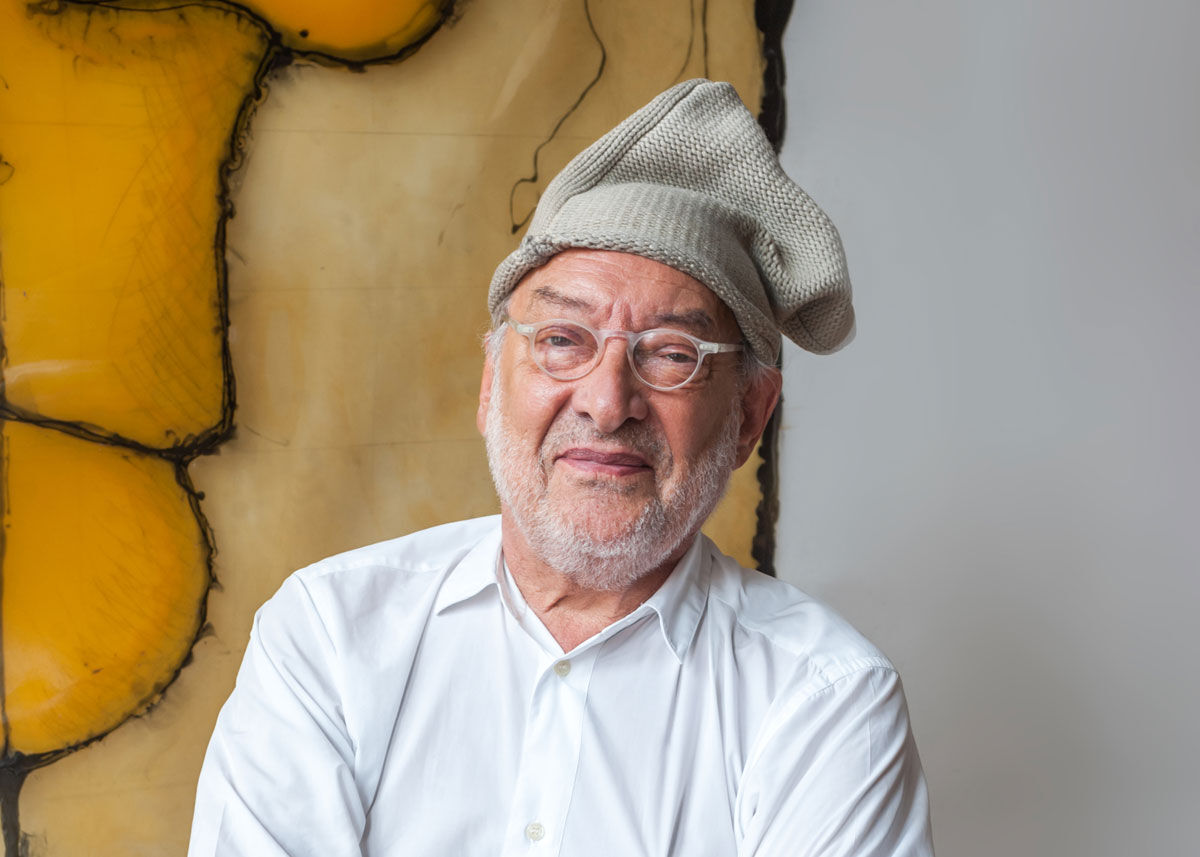 Gaetano Pesce
is tossing a delicate vase in the air like a rubber ball. Then without ceremony, he drops it on the floor. I gasp. The vase bounces. “It’s fantastic, no?” asks the 77-year-old artist, designer, and architect with a grin, amused at having demonstrated the superiority of new materials over traditional ones. The vase is not glass but polyurethane, a flexible plastic that can be set in a mold or shaped by hand.
Pesce’s affection for modern materials has remained constant throughout his 50-year career. In his view, it’s an interest not merely in novelty, but in authenticity. “When I finished school I was totally ignorant about material, so I sent letters to chemical companies, asking to visit. I saw incredible things. I understood that if I wanted to express myself with sincerity, I have to use materials from our time.” 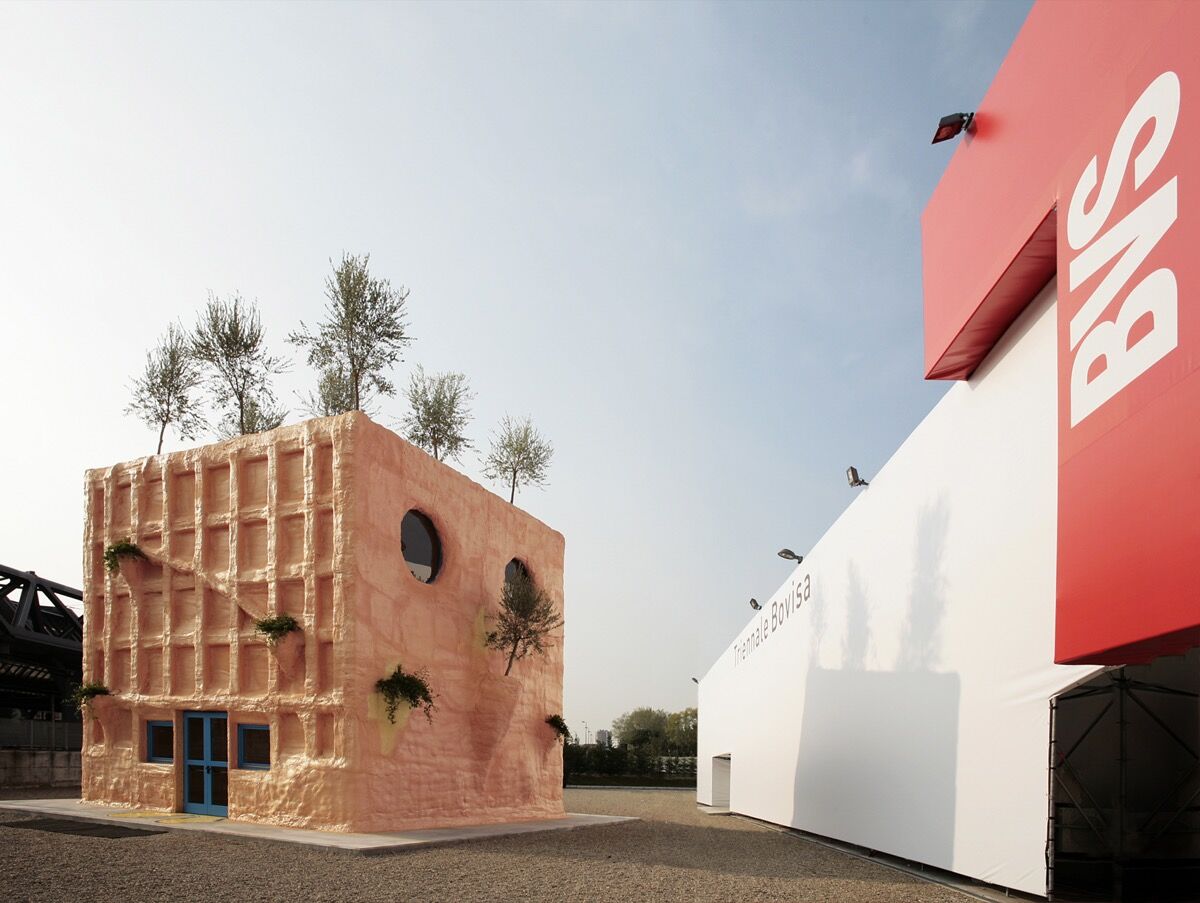 His prodigious and often radical body of work includes houses made of pink foam, chairs of extruded PVC noodles, and lamps of drooping resin. For Pesce, relying on traditional materials is just as silly as sticking to obsolete modes of transportation. “It’s the 21st century,” he adds, “you didn’t ride here on a horse.”
Pesce isn’t overly concerned with convention, boundaries, or even political correctness. When we meet in his SoHo studio, Pesce holds court from the Nocturne in New York sofa (2010), a night-time variation of his iconic Sunset in New York (1980) design, a soft throne in the shape of the moon rising over Manhattan.
The cozy space is brimming with his many contributions to design history, including an Up-5 Donna chair and ottoman, which resemble the curvaceous torso of a woman covered in stretch jersey and attached to a ball and chain. Released in 1969, during the tumult of the feminist movement in Italy, the Donna was his first statement of concern over the global plight of women.
“After 50 years, I thought the problem was disappearing, but it’s gotten worse,” Pesce laments.

Advertisement
The Donna reemerged this winter as part of Pesce’s exhibition “Maestà Tradita” (Majesty Betrayed) at the Museo del Novecento in Florence, this time as a 13-foot-tall sculpture, covered in women’s clothing of different cultures and eras. The project aimed to draw attention to the economic and social injustice still experienced by over half the world’s population. It included an installation that invited visitors to dip a piece of bread into a bitter black liquid and eat it: Pesce’s attempt to demonstrate the bitter taste of women’s oppression.
The artist has often used smell, sound, and taste to make his work more potent, its message more memorable. “It’s very important to provoke people, not to use only their brains, but also their senses and stomachs,” he says. (This multi-sensory approach caused a stir at the Musee des Arts Decoratifs in 1975, when Pesce’s meat-based sculpture, Appearances of Time (Homage to Mies van der Rohe), filled the museum’s galleries with the smell of putrefaction. The odor eventually got so bad that the museum staff went on strike.)
Even in the face of recent art world controversies around identity and representation, whether a male artist has the authority to give voice to women’s pain isn’t a question that preoccupies Pesce. “It’s not only Africans who can talk about the problems of Africa, not only Germans who can talk about Nazis, so we are free to talk about what we think is important. We are not supposed to ask permission from anybody,” he tells me. 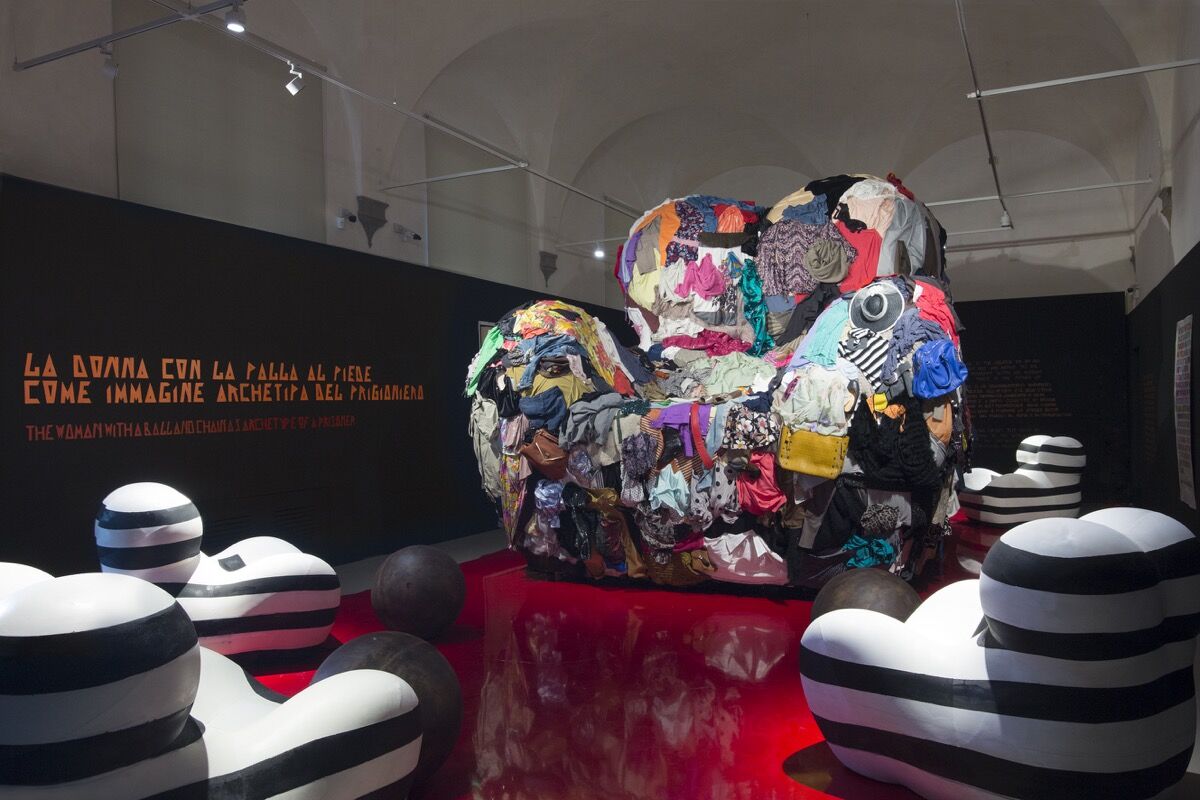 Pesce’s interest in expressing social realities through design objects extends to his dream project, as yet unrealized, a tower where each floor is designed by a different architect. “It’s political architecture,” he explains, “a kind of representation of democracy. The technology already exists, it’s just a question of organization.”
Pesce is the godfather of the barrier-busting, discipline-crossing approach now championed by most design school graduates today. To his mind, disciplines are all tools in a toolbox, and it’s an artist’s prerogative to select the best one for the job.
“I use design when the subject I want to express is good to be expressed with design, but if the idea is better for sculpture, architecture, drawing, or film then I use other media,” Pesce says, and he hopes other artists will act with similar multidisciplinary gusto. “It’s much easier, much more joyful, and you don’t get bored.” 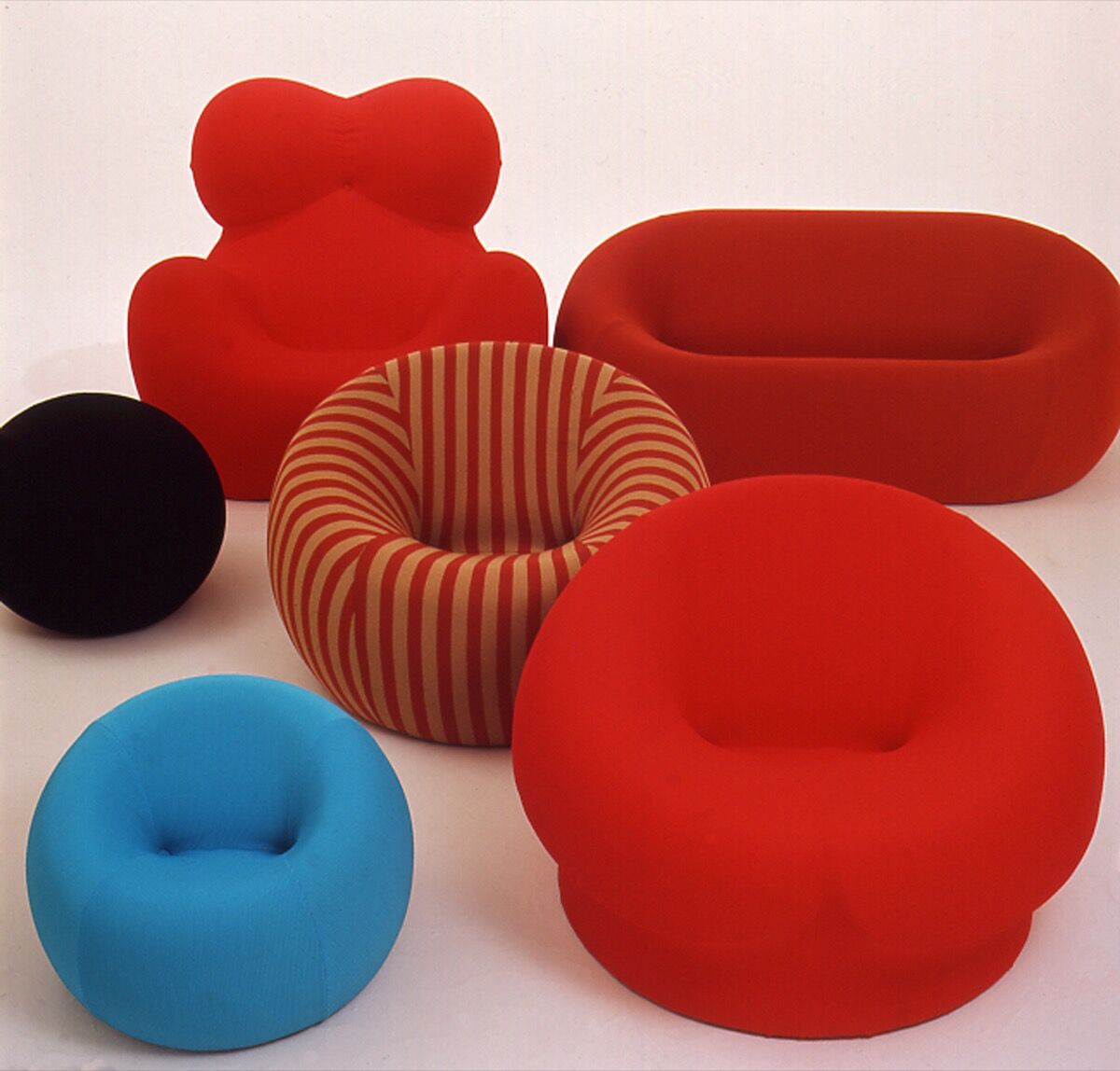 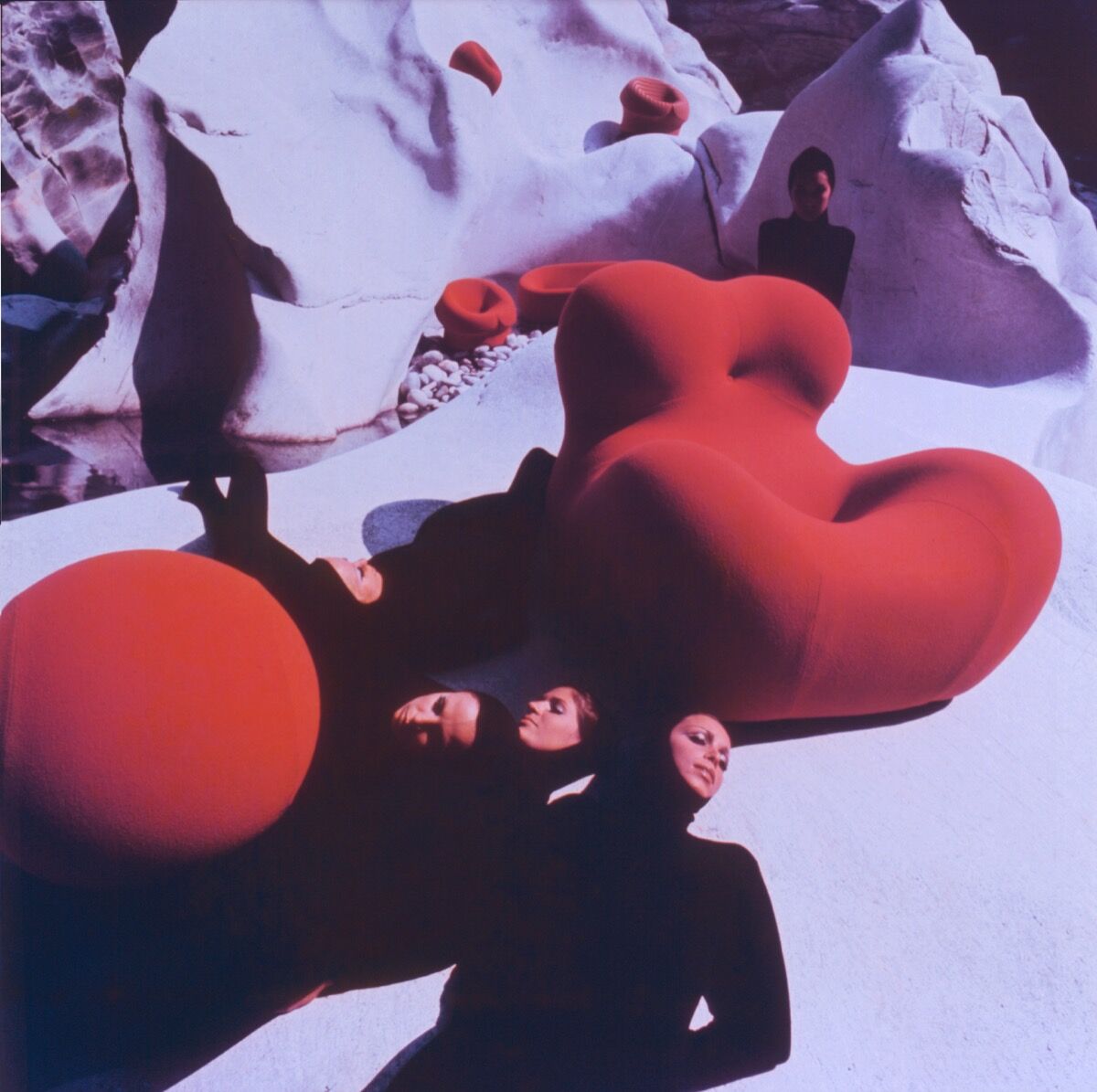 Another thing that bores Pesce: perfection. He prefers the rough-hewn, the spontaneous gesture, or the element of surprise. “I use materials that have a strong personality,” he says. “I don’t control them, but when I see the material making something extraordinary, I leave it. There is an aesthetic that isn’t the aesthetic of order or perfection. It’s another beauty.”
Ariela Gittlen
Related Stories