What Does Donald Trump See in His Portrait of Andrew Jackson?

Isaac Kaplan
Jan 26, 2017 5:55pm
The same day President Donald Trump signed an executive memorandum to expedite the approval process for the controversial Dakota Access Pipeline (DAPL), he hung a portrait of President Andrew Jackson in the Oval Office. The choice of Jackson is significant, not least because how a president chooses to decorate the White House can serve as a symbolic distillation of his ideology.
Trump aides and backers have long associated the 45th president with Jackson, asserting that they share a strain of populism concerned with targeting entrenched monied interests for the good of the people. This is a willfully dubious reading of both Jackson’s and Trump’s politics. (Jackson created a system of political patronage, Trump filled his cabinet with billionaires.) But this distortion aside, Trump’s executive action combined with his choice of Jackson—a slave owner whose policies killed and displaced many thousands of Native Americans—sends a distressing signal to indigenous peoples across the country, many of whom have been fiercely protesting DAPL.
Trump advisor Steve Bannon has directly equated his boss to the populist of old, lending the portrait added significance as an ideological touchstone for this administration. It isn’t clear which image of Jackson it is that Trump has opted to hang, but Ronald Reagan (another inspiration for Trump) chose an 1845 oil-on-canvas work of Jackson by painter
Thomas Sully
that is now housed in the National Gallery of Art’s collection, from which presidents are free to choose art for the White House. (Updated Feb. 1: Trump selected Ralph E. W. Earl's portrait of Jackson from the White House collection. While it shows a more aged Jackson than Sully’s depiction, the work still omits any indication of the president’s policies or legacy.)
Sully’s image is fairly unremarkable, showing Jackson gazing thoughtfully into the distance. If it looks exactly the way we expect a presidential portrait to look today, it might have been somewhat surprising to those who actually knew Jackson. Sully depicts Jackson as healthy and peaceful, contrasting with a man who was in reality famously ornery, frequently prone to illnesses that left him frail, and known to spontaneously cough up blood as a result of wounds he sustained during his time as a soldier. Also absent is any hint of Jackson’s political leanings or his violent legacy.
A supporter of laissez-faire markets and small government, Jackson didn’t pass much in the way of major legislation save for the Indian Removal Act of 1830. The bill resulted in the forced displacement and death of untold thousands of indigenous people in what has become known as the “Trail of Tears.” As Dylan Matthews convincingly argues, Jackson was “perhaps America’s worst president and the only one guilty of perpetrating a mass act of ethnic cleansing.”
The brand of anti-elite populism that swept him to power in 1828 was predicated on white supremacy and benefited only the white men who could vote at the time. For Jackson, populism acted as “a Trojan horse for pro-slavery, pro-states-rights interests,” writes historian Harry Watson, who adds that Trump’s “promise to expel a minority group brings to mind Indian removal.” So Trump’s decision to turn back the clock and revive DAPL, which was halted by the Obama administration after months of protests, corresponds to a broader step backwards as symbolized by the ignominious return of Jackson’s portrait.
“It’s just disturbing,” said artist Charles Rencountre, of the Lower Brule Sioux, of Trump’s decision to hang Jackson’s image. As protests against DAPL gathered steam last year, Rencountre traveled to North Dakota and created Not Afraid to Look, a statue that he designed along with his wife Alicia. The piece still gazes out over the Standing Rock protest camp. “Andrew Jackson was a symbol of Native American and Indian hatred. And he was supported by the American people when he did these things,” Rencountre said. “We’ve gone all the way back through history, back to the 1830s.”
Anchored to a hill overlooking the spot where water protectors brought construction of the pipeline to a halt, Rencountre’s statue is one object that will not be moved. This permanence is a powerful rejoinder both to Trump’s executive action and Jackson’s forced displacement of indigenous people decades ago.
Using the walls of the White House to assert one’s political inclinations is a longstanding practice among presidential administrations. Obama’s presidency was marked by a broadening of the collection and the addition of some 20th-century works of art, including by African Americans such as the abstract painter
Alma Thomas
.
In the 1970s, H. R. Haldeman, a Nixon aide who played a key role in the Watergate coverup, wanted to lend the Oval Office an air of quasi-European pomp and authority, so he brought in designers from Colonial Williamsburg to redecorate. Among their contributions was the now-famous deep blue rug adorned with the seal of the president. And in a move that foreshadowed the egomania that would dominate the West Wing under Nixon, Haldeman also purchased some 100 “Prussian-style hats” for Secret Service agents to wear, though their objections put the kibosh on that plan.
Jackson’s portrait isn’t the first of Trump’s artistic selections to make headlines—he also added a bust of Prime Minister Winston Churchill to the White House, apparently at the suggestion of former U.K. Independence Party leader Nigel Farage. But nor is Trump the only president to hang a portrait of Jackson in the Oval Office. That Reagan, Lyndon Johnson, and Bill Clinton all put up an image of “Old Hickory” speaks to just how little the United States has fundamentally reckoned with and undone the legacy of Jackson.
Isaac Kaplan is an Associate Editor at Artsy.
Related Stories 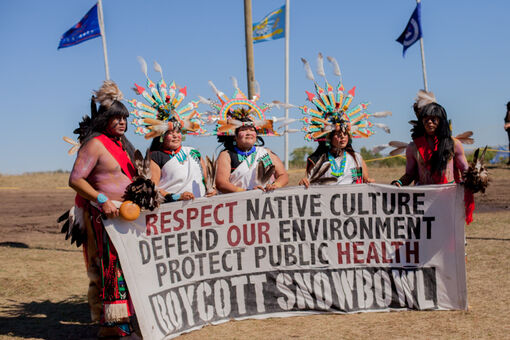