Dong Woo Kim’s Visual Dialogue with the Venus of Willendorf 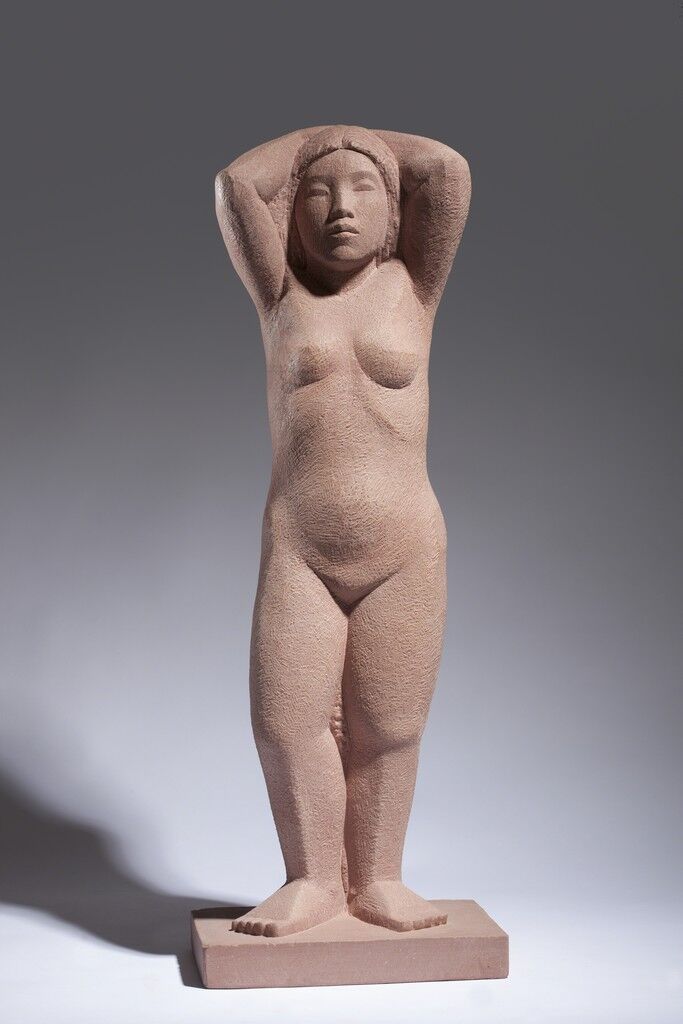 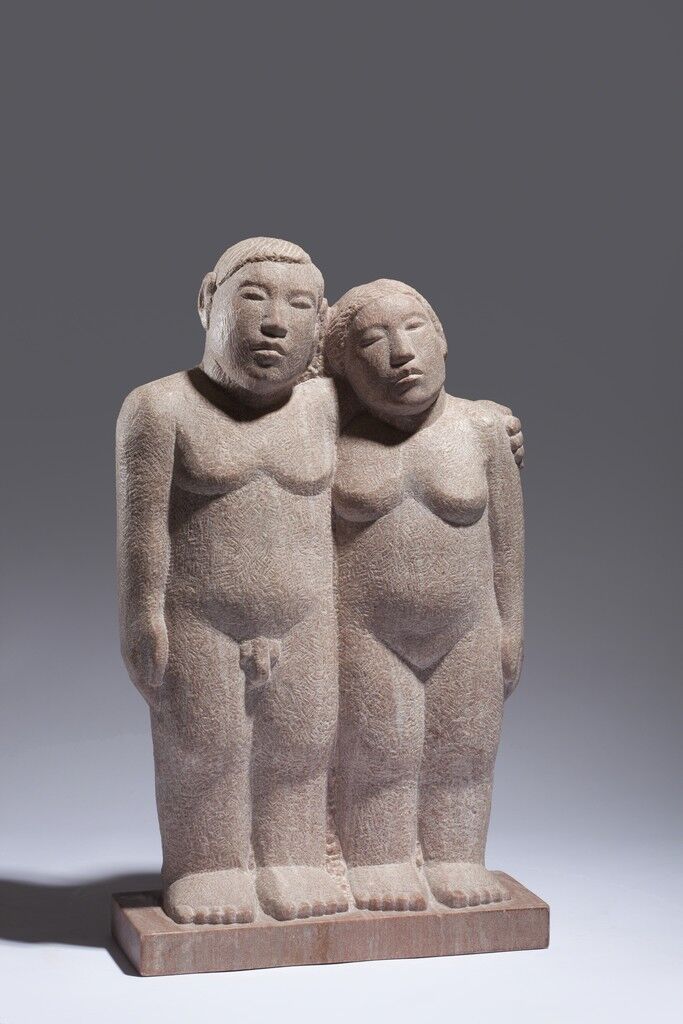 Dong Woo Kim
Husband and Wife, 2011
Gallery LVS
It is an interesting comparison, indeed, given that the famous Willendorf sculptures date from somewhere between 24,000 and 22,000 B.C. and are considered the earliest man-made representations of the human form, while Kim’s works are contemporary. More than contemporary, even: they represent the Korean artist’s extensive education in Paris and Carrara, Italy, not to mention a two-year apprenticeship with the noted modern sculptor Jin-Kyu Kwon.
So what is the connection between the two? In both the Paleolithic sculptures and Kim’s modern counterparts, there is a question of human survival. In the Woman of Willendorf, the figure’s fertility is her key attribute, breasts and hips enlarged to the point of exaggeration. In Kim’s sculptures, the proportions are truer to life, but whether portrayed alone or with a partner or child, his figures communicate the message that woman is the center of life. 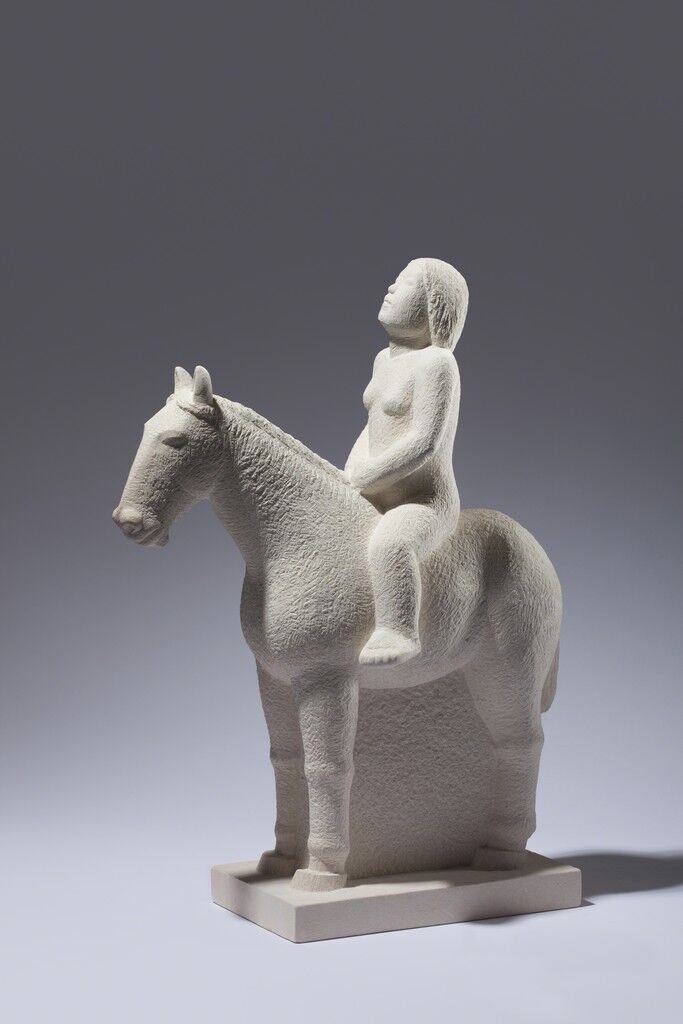 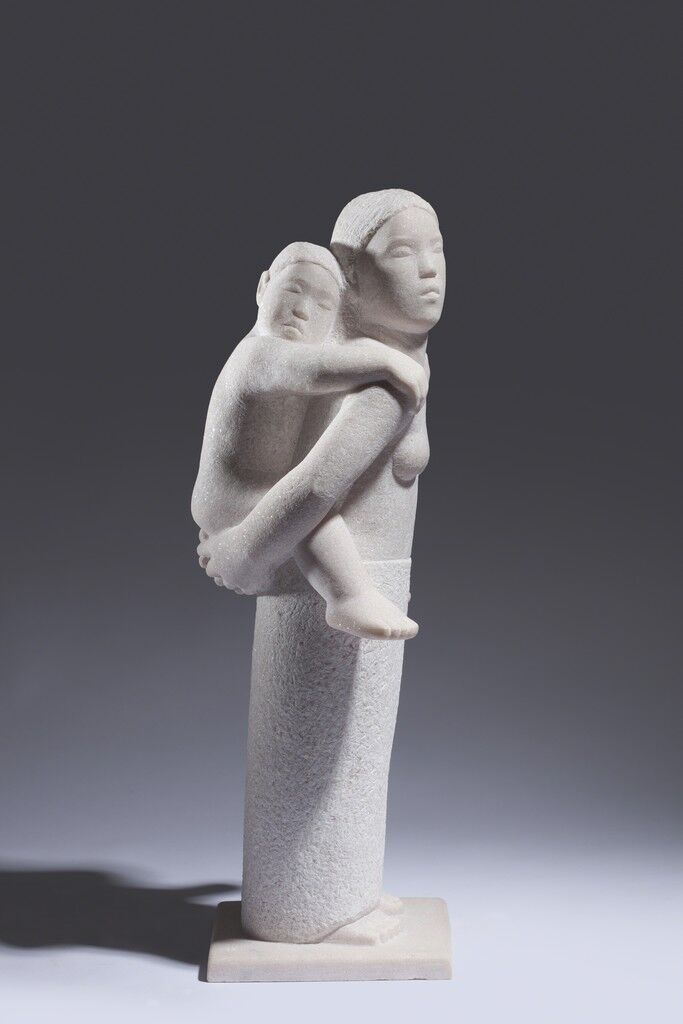 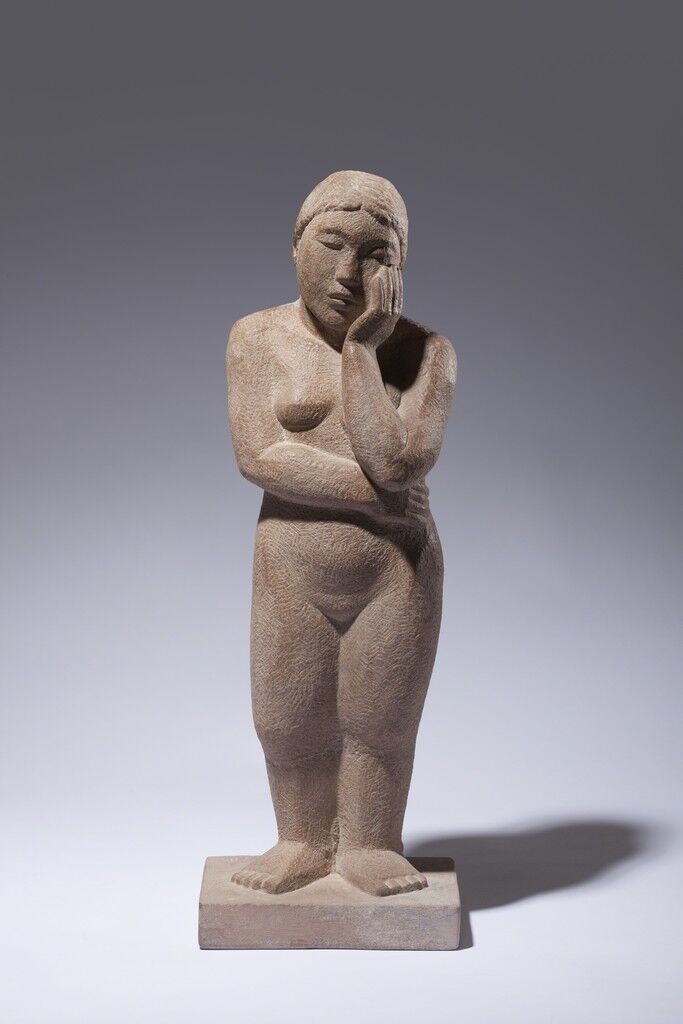 Dong Woo Kim
Standing Woman, 2008
Gallery LVS
In these works, now featured in a solo exhibition at Gallery LVS in Seoul, Kim explores the concept of woman as Mother Earth. It is no mistake that the pieces are made of organic material—sandstone—nor that their physical features closely mirror those of Korean women. Connecting images of everyday women with ancient ideas about the importance of fertility—this synthesis is what Kim’s works are all about.
As the art critic Kyehoon Ha wrote, “Dong Woo Kim’s works are extremely Korean... the artist himself was trained in Carrara, the mecca of Italian sculptures, but the stone sculptures hand-made by Dong Woo Kim evoke experiences of meeting ordinary next-door neighbors rather than the idealistic distance one feels from classic Western sculptures.”
It is only fitting, then, that in addition to choosing classic poses for his female figures—as in Husband and Wife, Woman Riding Horse, or Mother and Son (2011)—Kim also portrays some subjects in positions that are less idealized. One Standing Woman holds her chin in her hand, looking vaguely disappointed or exhausted; another from the series looks downright angry. Shown together with the more classically-inspired sculptures, Kim carves out a well-rounded representation of woman: as lover, mother, sustainer of life, and just a regular person trying to get through the day.
—Bridget Gleeson
“Dong Woo Kim” is now on view at Gallery LVS, Seoul, Jun. 18–Jul. 11, 2015.
Follow Gallery LVS on Artsy.
Related Stories