Dora Maar’s Undeniable Influence on a Generation of Surrealists 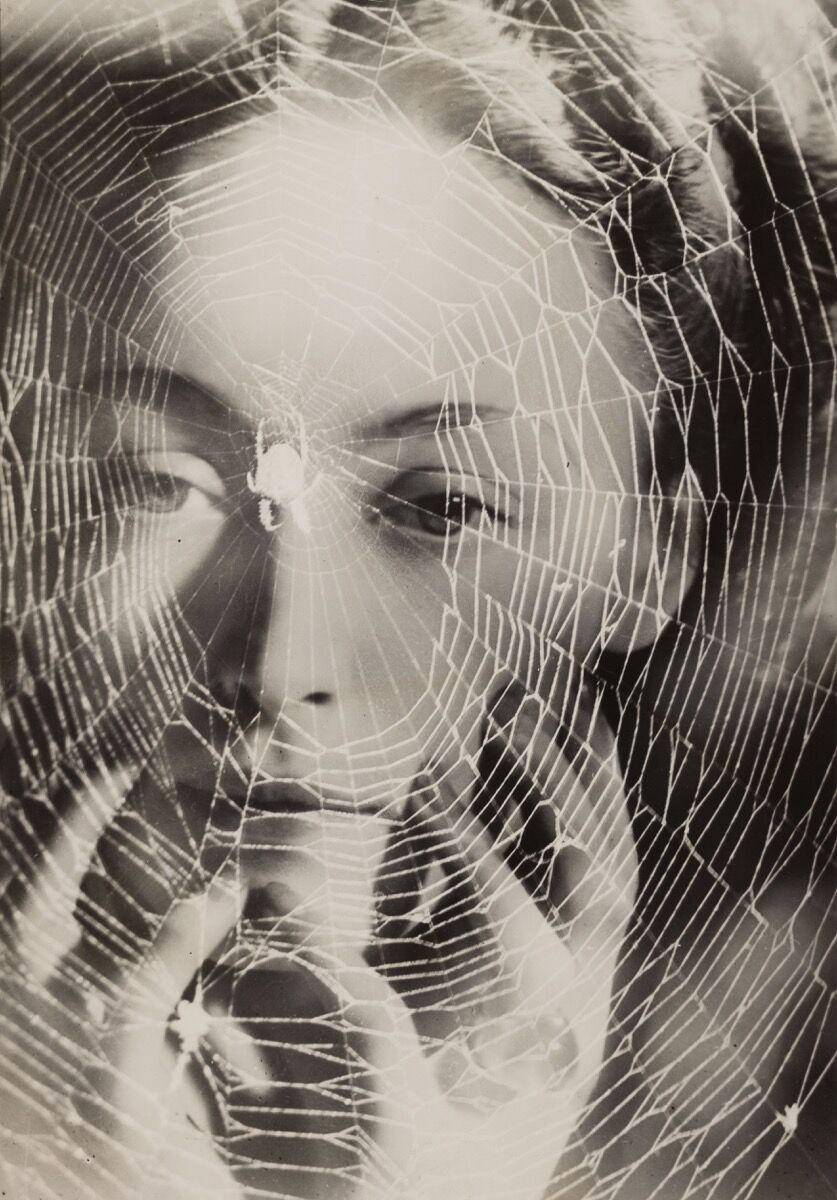 In the annals of art history,
Dora Maar
has been hiding in plain sight. Her life, a complex bulletin board of push-pins and strings to many of the great 20th-century creators, is most often defined by the taut thread to
Pablo Picasso
. Her own prolific career nearly slipped through the cracks. But look closer, and she’s there: exhibiting alongside
Joan Miró
and
Paul Klee
; directing
Meret Oppenheim
and
Frida Kahlo
in front of her lens; sharing a darkroom with
Brassaï
; weathering the German occupation of Paris with Simone de Beauvoir; and rallying against fascism with
Surrealist
manifesto author
André Breton
. How could such a well-connected artist who influenced a generation of Surrealists nearly fade entirely from view?
Maar’s first retrospective in the U.K., which runs at Tate Modern through March 15, 2020, and previously showed at Paris’s Centre Pompidou, recolors the artist’s life and career. On view are over 200 works from over 60 years of her life: her commercial photos, her famous Surrealist photomontages, and the painting practice she took refuge in when she withdrew from the art world. “Maar was revolutionary in her refusal to be constrained by one medium or technique,” said Emma Jones, who curated the Tate Modern show with Emma Lewis. “Her career was defined by reinvention and experimentation right up until the 1980s.” 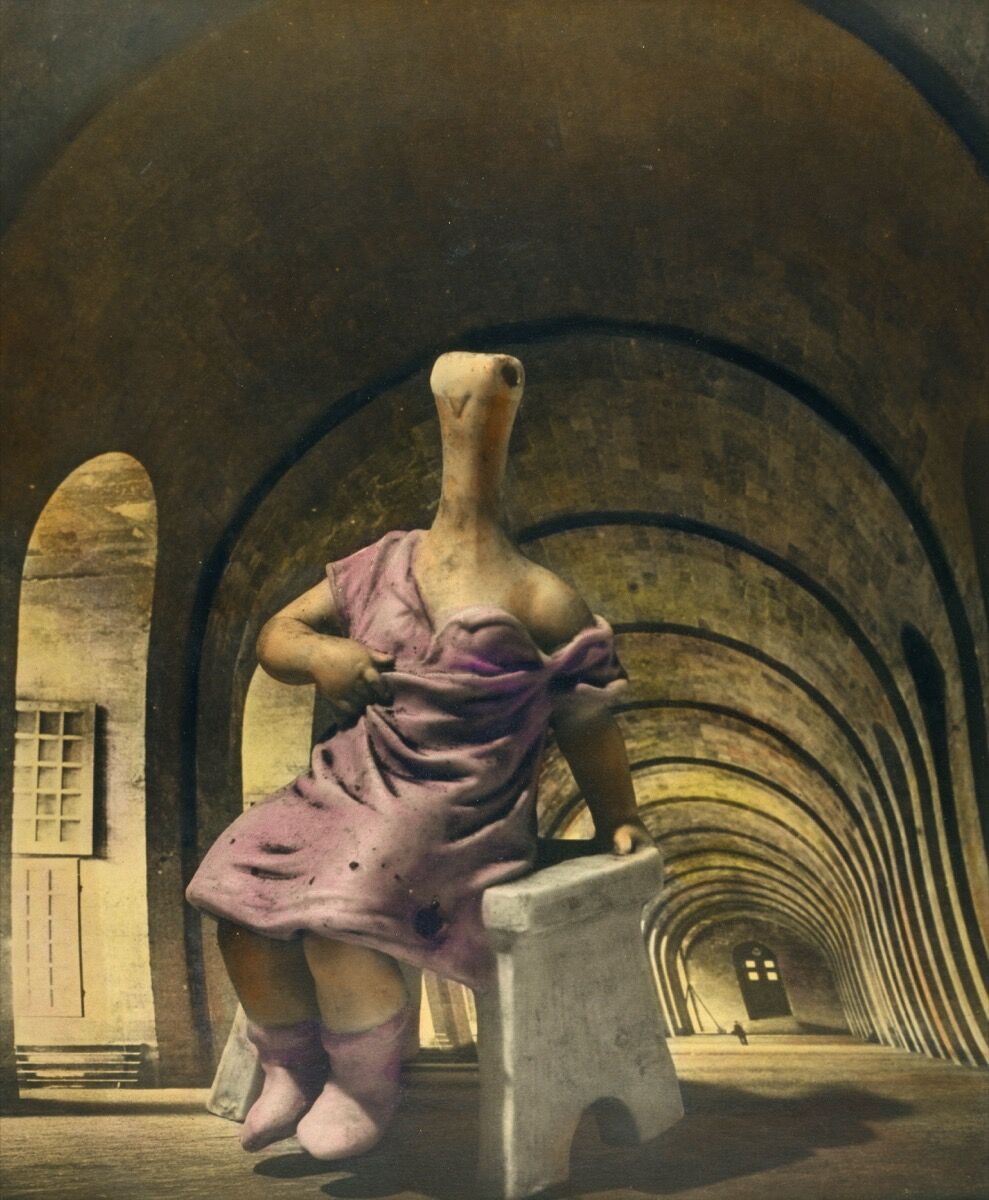 Curators have recently been contending with the overlooked women artists of the 20th century. Many female photographers have had their contributions reduced to footnotes while their male counterparts became larger-than-life figures. Maar had long been viewed two-dimensionally: as the flattened, fractured “Weeping Woman” of Picasso’s oeuvre, and the equally planar depiction as his muse.
Yet Maar enjoyed a fruitful photography career before switching to painting. In the 1930s, Maar exhibited in six major Surrealist exhibitions in Tenerife, Spain; La Louvière, Belgium; London; New York; Tokyo; and Amsterdam, and she was the only photographer to show in all six. Her most influential work, Portrait of Ubu (1936)—an uncanny image of an armadillo fetus—hung in three of the shows. “Works like Portrait of Ubu would have a profound effect on how the Surrealists viewed photography,” Jones said. 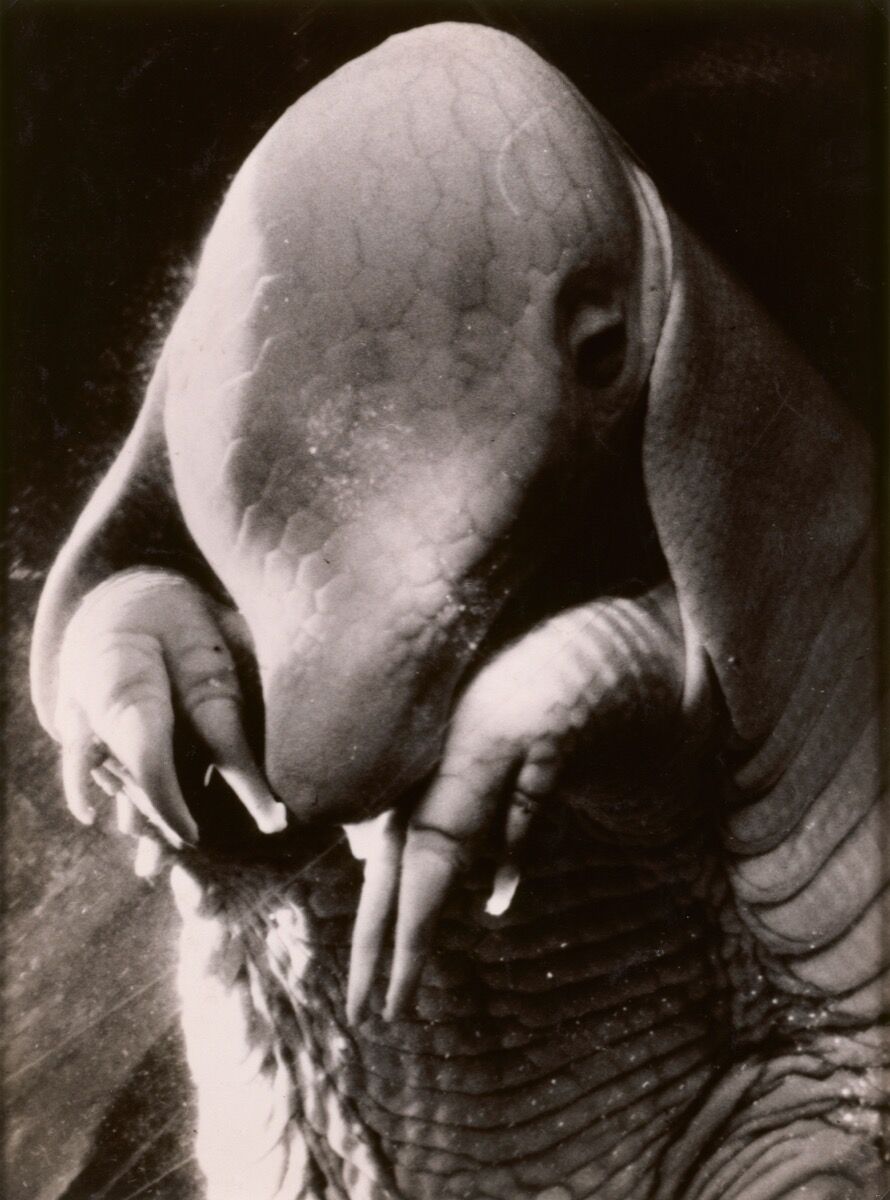 Advertisement
In 1937, Maar’s career underwent a major shift. That year, Picasso received his commission to paint his master canvas Guernica, which Maar documented through hundreds of photos published in the art journal Cahiers d’Art. It was also the year that she inspired around 60 of his “Weeping Woman” paintings, drawings, and etchings, not knowing how much they would come to define her. Lastly, it was the year Picasso urged her to abandon photography and return to painting.
Up until that year, Maar had established herself as a driving force within advertising photography. From 1932 to around 1935, she ran a studio with art director Pierre Kéfer and, later, her work was often misattributed to him. At the time, Maar was known for her breadth of commissions; she shot for literary outlets, beauty brands, art publications, and fashion and erotic magazines. 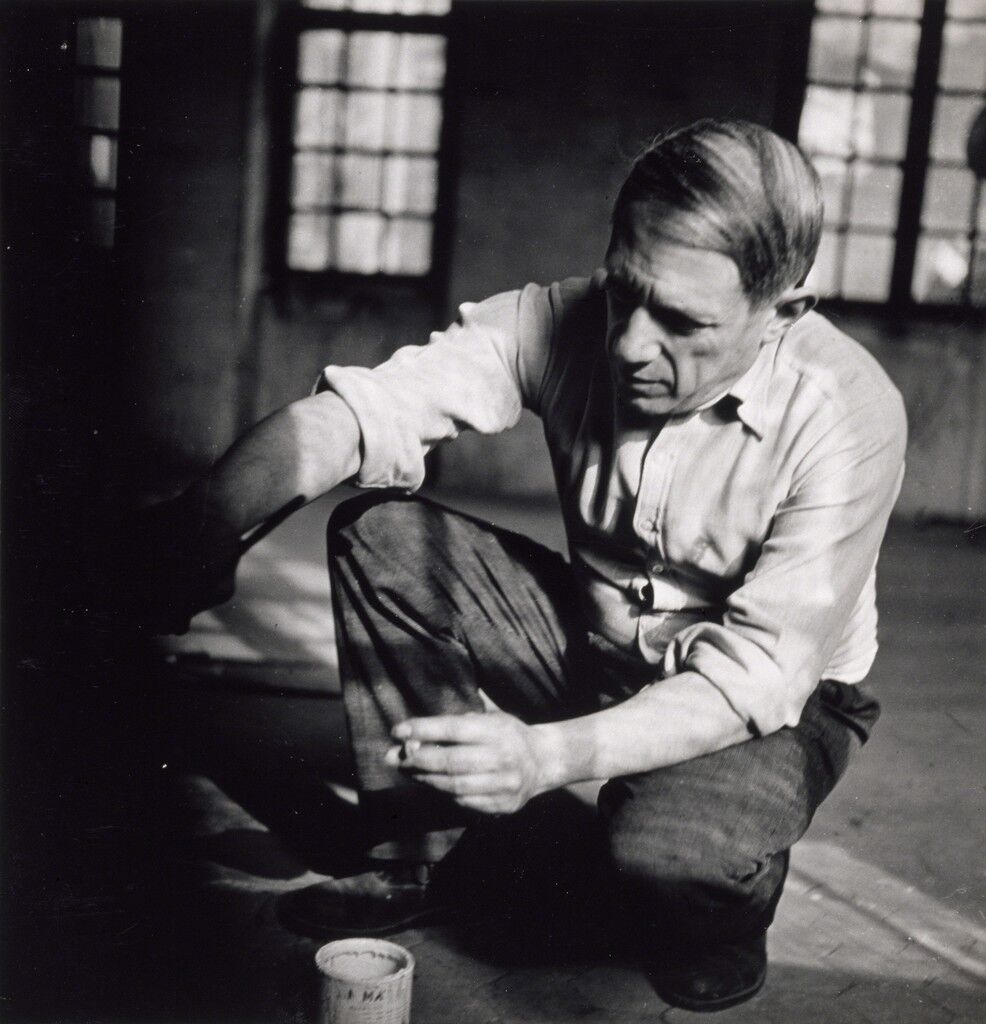 Dora Maar
Picasso accroupi travaillant à Guernica, 1937
Musée Picasso Paris
Surrealist themes permeated Maar’s commercial and personal work, like that of her peers
Man Ray
and
Lee Miller
, and she often played with the tension of reverie through photomontage. Using the technique, which was favored by Surrealists for the parlor game Exquisite Corpse, she explored psychoanalytic concepts of the time: hysteria, the secrets of dreams, the Freudian id. One of her most famous works from 1934, Untitled (Hand-Shell), shows a woman’s hand emerging from a conch shell, its lacquered fingernails resting on the sand.
Maar’s network within Surrealism was linked by her artistic practice and her political aims. She was an active member of Contre-Attaque, an anti-fascist group led by Breton and writer Georges Bataille. She was close with her female peers, such as fellow photographer Miller, performer Nusch Éluard, and artist
Jacqueline Lamba
, who was Breton’s wife. In 1935, Maar began her relationship with Picasso after his marriage to Olga Ruiz Picasso had dissolved and he was facing a creative block. He wrote heated love poems to Maar, and the two experimented with photo-sensitive materials in the darkroom and painted in Picasso’s studio. 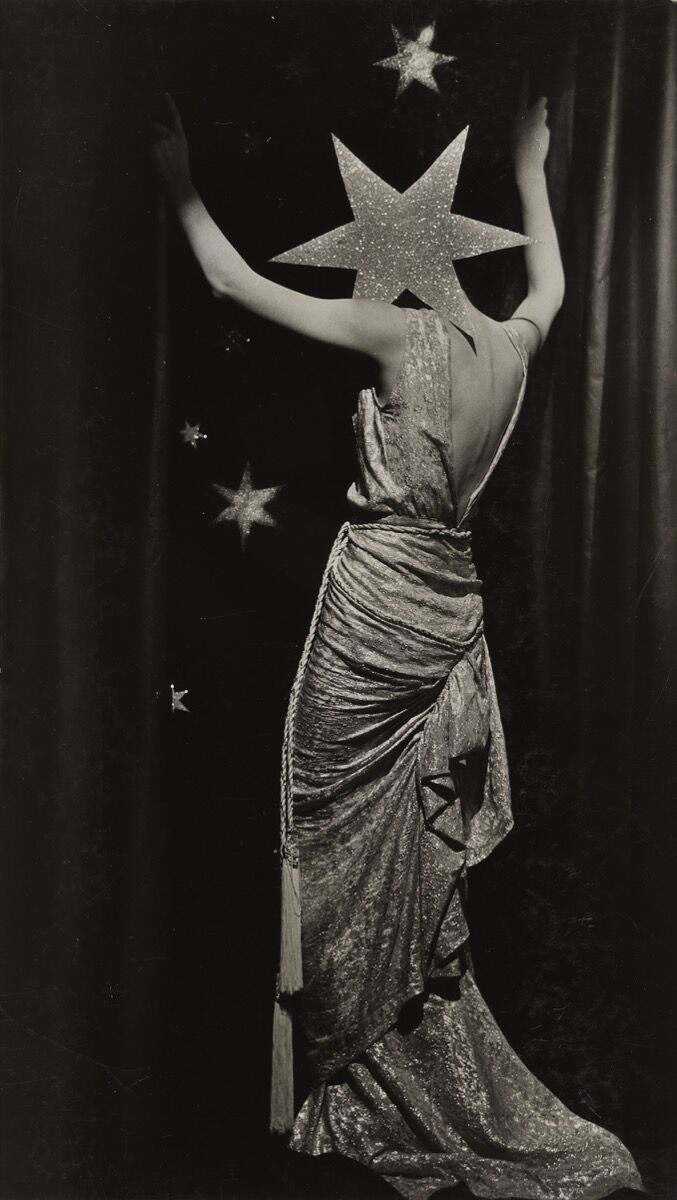 Maar took up painting in earnest during the years that World War II cast a shadow across Europe, causing “a period of moral and psychological distress for a whole generation of artists,” as Centre Pompidou curator Damarice Amao writes in the exhibition catalogue. Maar remained in Paris during the German occupation, and her notes and poetry reveal her sorrow. Her network and personal life began to unravel, too. Her father was exiled to Argentina in 1940, and Lamba and Breton fled to New York in 1941. The following year, Maar moved into a painting studio on Rue de Savoie, where Brassaï would photograph her among her canvases. Then, her mother died the same year of a cerebral hemorrhage; just four years later, Éluard died the same way. Maar’s landscapes of the era reflect her sense of solitude, as well as her still lifes in neutral hues. 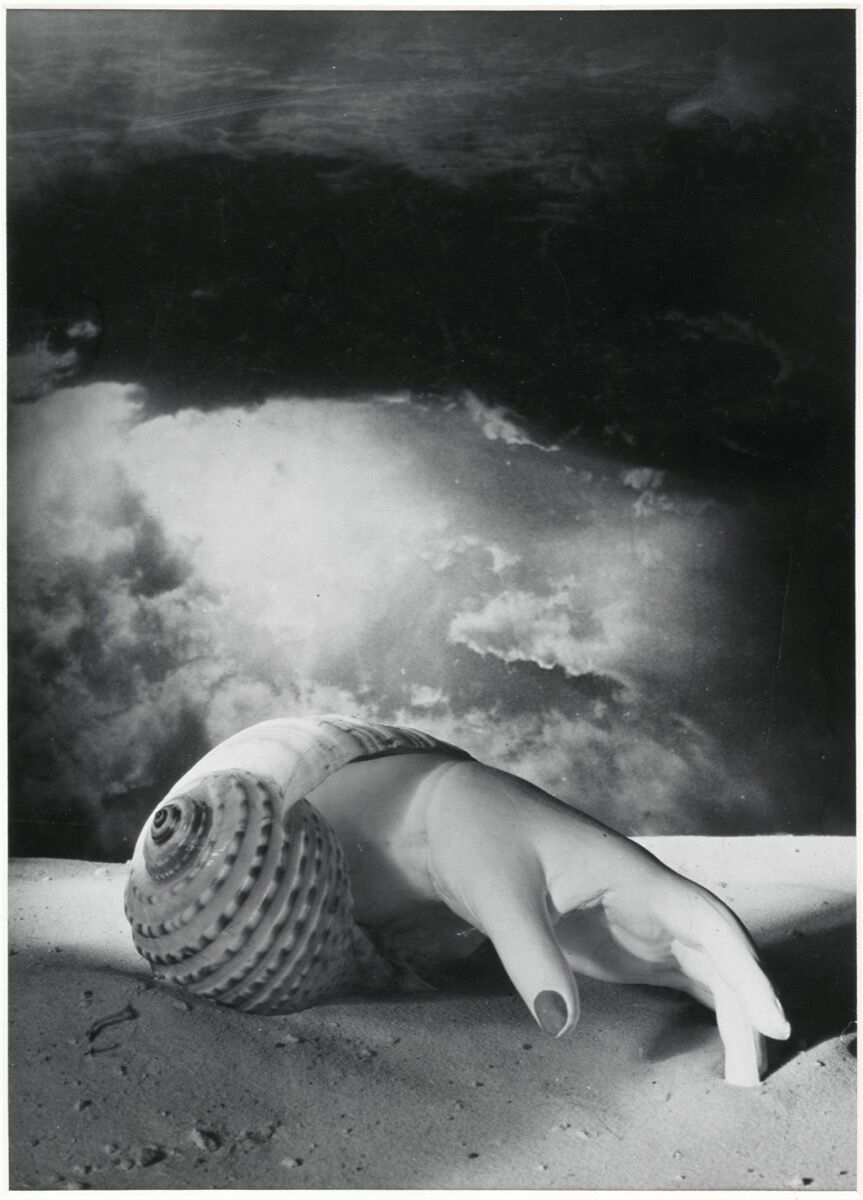 In 1946, though she was on the cusp of a successful second career in painting, Maar quit exhibiting and destroyed some of her work. Her withdrawal from public life has been attributed to the dissolution of her relationship with Picasso, but the reality seems much more complex.
Despite her seclusion, Maar never quit working. She became spiritual. She turned her brush to portraiture, then abstraction as a means to render nature. She found solace in the landscapes of the Luberon region in the South of France, where she had found a second home. In 1952, she painted a notable portrait of Alice B. Toklas, writer and partner of Gertrude Stein. Five years later, Maar reappeared in 1957, for a solo painting show with Galerie Berggruen. Amao writes that it may have been too late for Maar to reemerge back on the scene. Despite maintaining a strong network of friends, the art world had moved on without her. 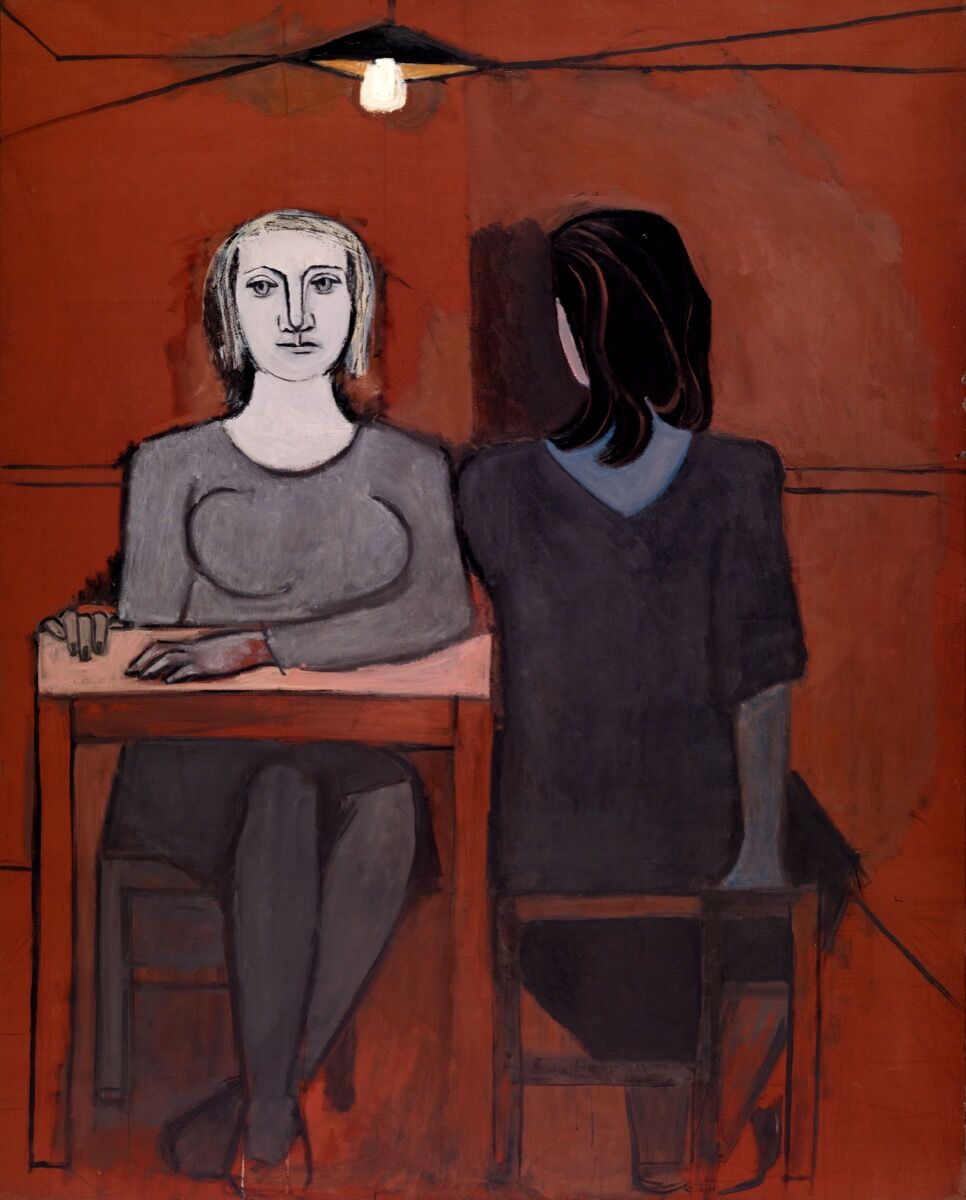 In 1990 and ’91, Galerie 1900–2000 mounted two shows of Maar’s work. She never appeared at the openings, and she canceled a Centre Pompidou show two months before it was slated to open in 1995. Following her death in 1997, Maar’s work was scattered to the winds through an estate auction. Though it was collected by major institutions and private collections, her own work was overshadowed by the discovery of original Picassos in her collection. Hundreds of her works in various media were sold by the lot and never individually catalogued. It took years for feminist art historians, gallerists, and curators to piece together Maar’s life and identify her prolific oeuvre. 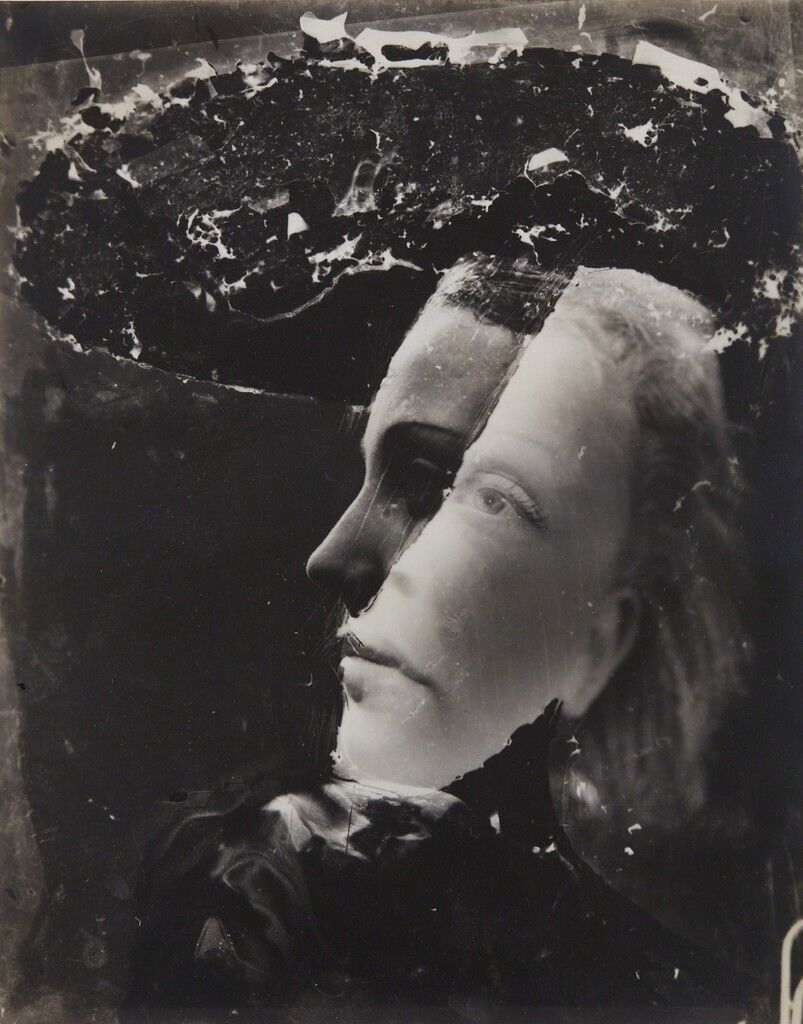 Dora Maar
Untitled (double-exposed portrait), ca. 1936
Phillips
Though her later years were spent in quietude, Maar eventually found a way back to the darkroom, creating camera-less images that merged her abstract sensibilities with an examination of the photo negative itself. Instead of exposing the negatives to scenes through a lens, Maar toyed with their surfaces, using acid, scratch marks, and energetic strokes of paint. When she printed each experiment, she brought each abstract composition into focus: Like her own intricate life, she revealed all of its complexities.
Jacqui Palumbo is a contributing writer for Artsy Editorial.
Related Stories