Why You Should Draw from Real Life, Not a Photograph 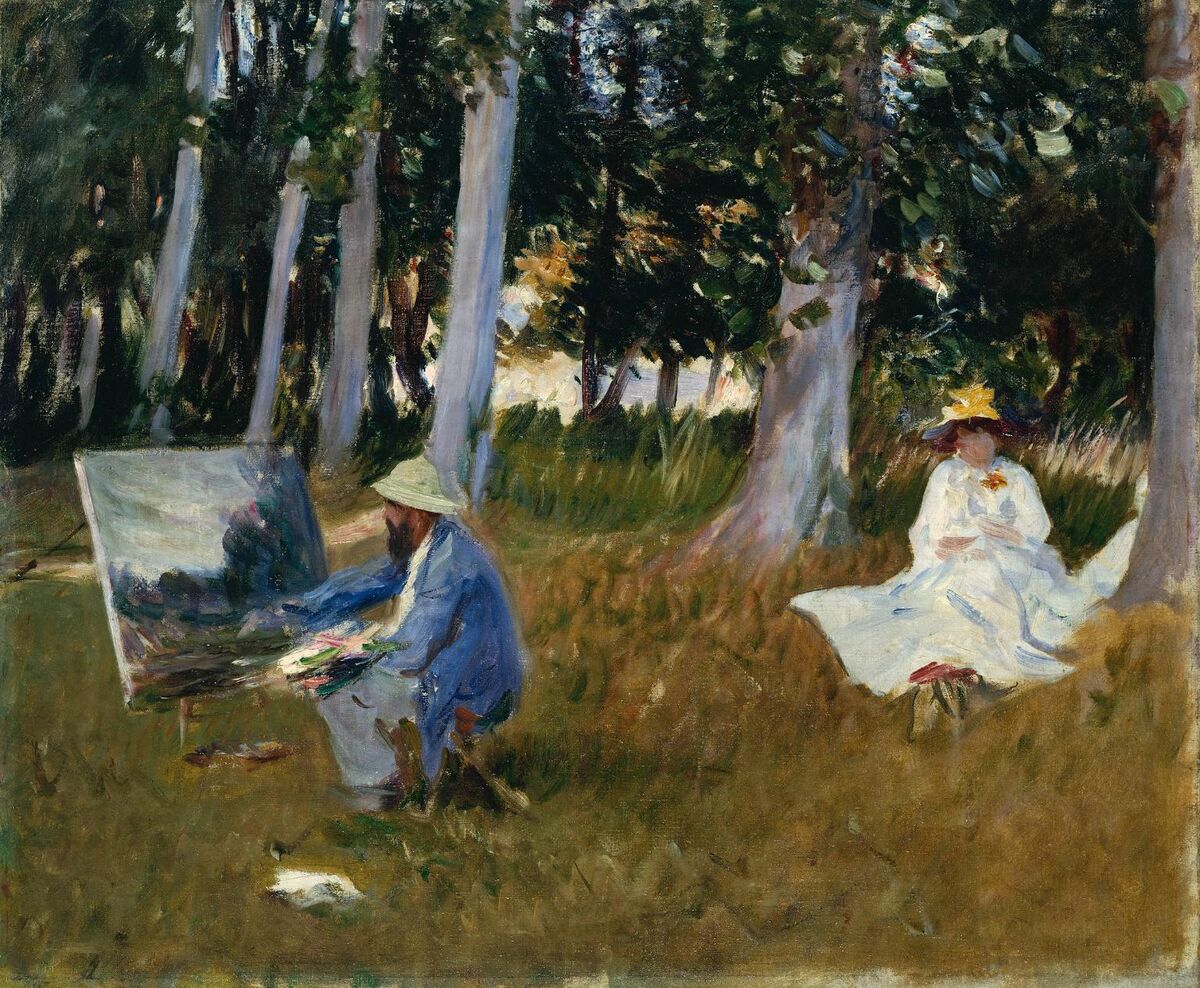 John Singer Sargent, Claude Monet Painting by the Edge of a Wood, 1885. Image via Wikimedia Commons.

Classical art training in the Western world has long called on artists to work from life. Students learn to draw, paint, and sculpt by observing the objects, models, and scenes they see firsthand. Outside of these formal settings, however, working from life is not a given. Today, many artists use photographs as the basis for their creations. And while photos are useful for capturing fleeting moments, looking at one is not equivalent to actually looking at a subject that’s actually directly in front of you. Artists who rely solely on photos may spend their time recreating a camera’s view of the world, instead of their own uniquely human one. 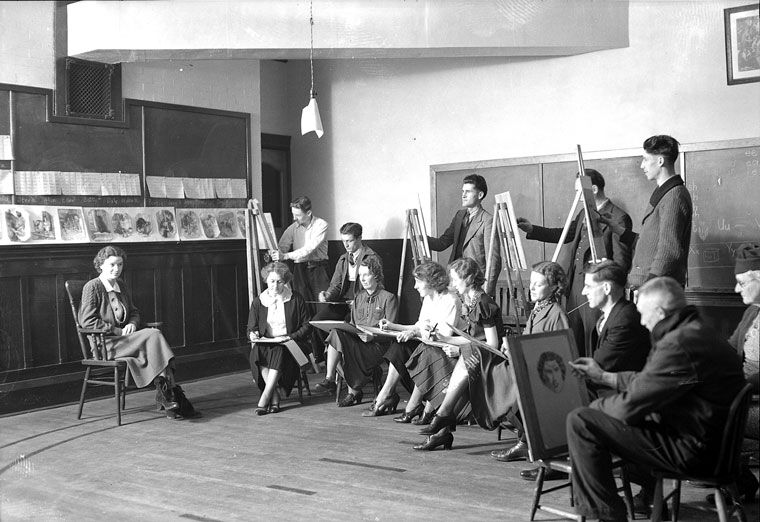 People don’t see the world the way that cameras do. In a millisecond, a camera can capture a location in incredible detail, but the resulting image lacks depth and discrimination. In image below, for example, from flowers in the foreground to roof shingles in the background, all of the elements of a scene are in focus at once. We can only tell that some objects sit behind others due to their diminished size and position behind other objects. Trees and shrubs don’t appear three-dimensional; they look like flat shapes patterned with leaves.
With our eyes, we can see both less and more than the camera. We’re incapable of focusing on more than one thing at a time, so to see each element of the scene we have to shift our gaze from one object to another. By centering on something in our visual field, we can see it in detail and with strong color and contrast. 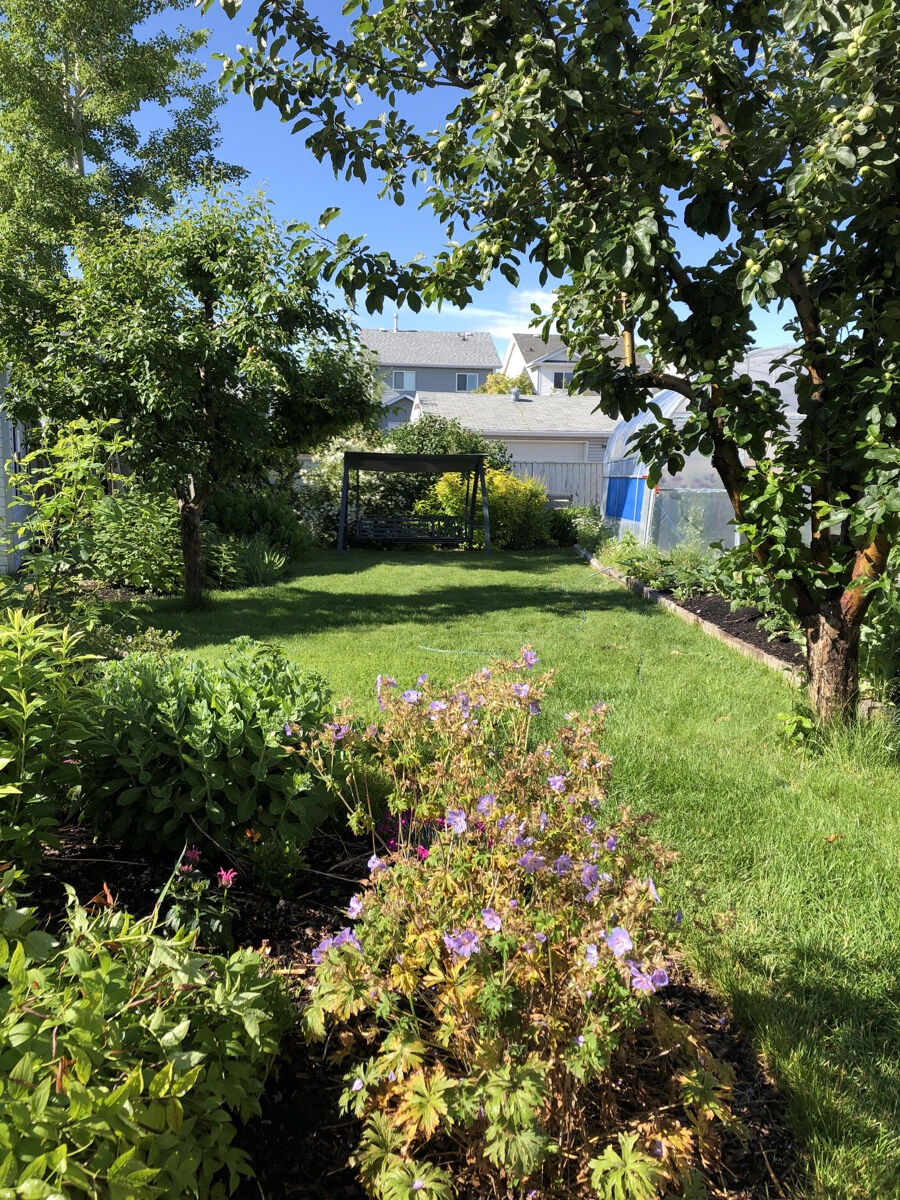 How a digital camera captures our surroundings. 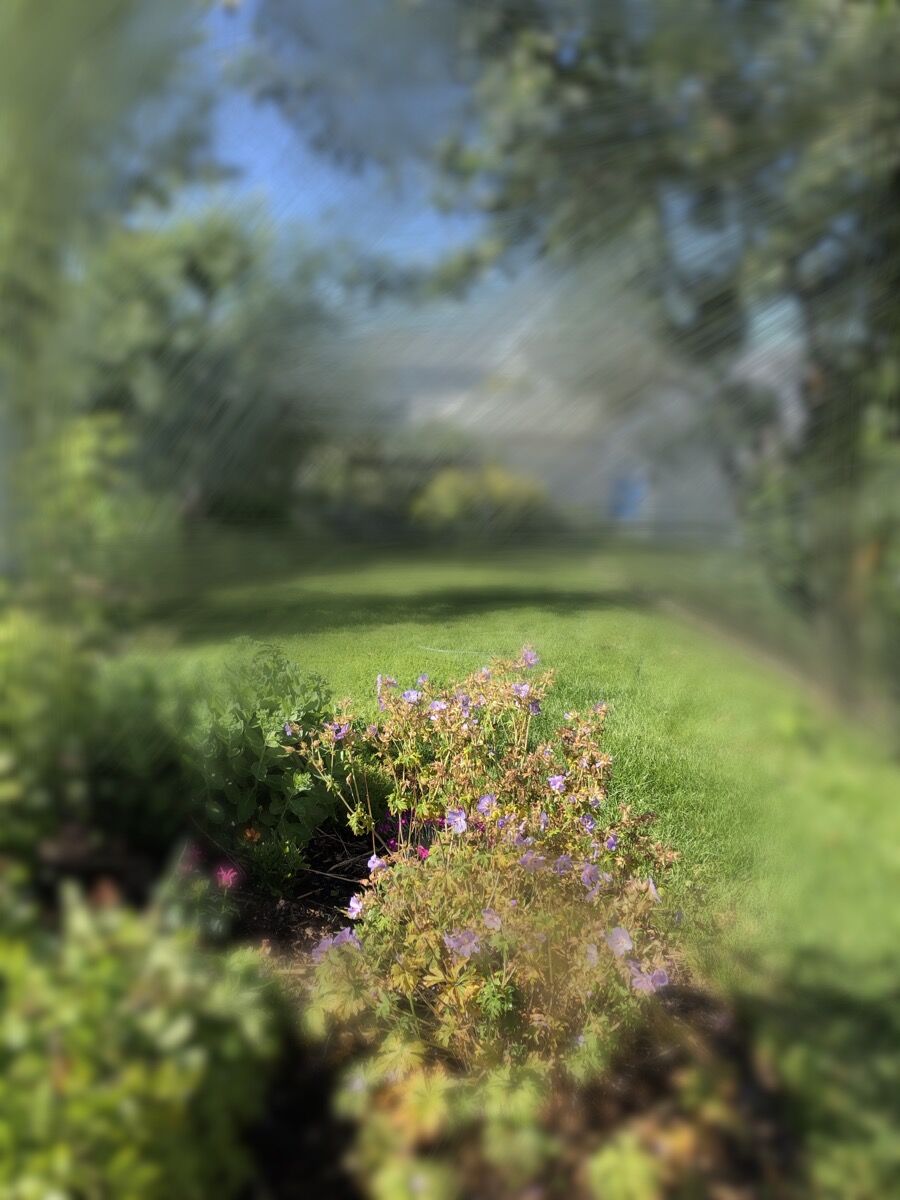 How our eyes see our surroundings.

Advertisement
However, by bringing one item into focus, the rest of the scene is sent into our soft-focus, peripheral vision. We may be unaware that most of what we see is blurry and indistinct, but it has an impact on the art that we create.
Edgar Degas
’s Café-Concert at Les Ambassadeurs (1876–1877) shows his understanding of how we see as he manipulates degrees of focus in a natural, believable way. His interest is centered on the face and right arm of the singer, both of which are crisply rendered. The woman in blue is less defined as she is of secondary importance, while all the other figures are subordinated with soft edges and diminished contrast. 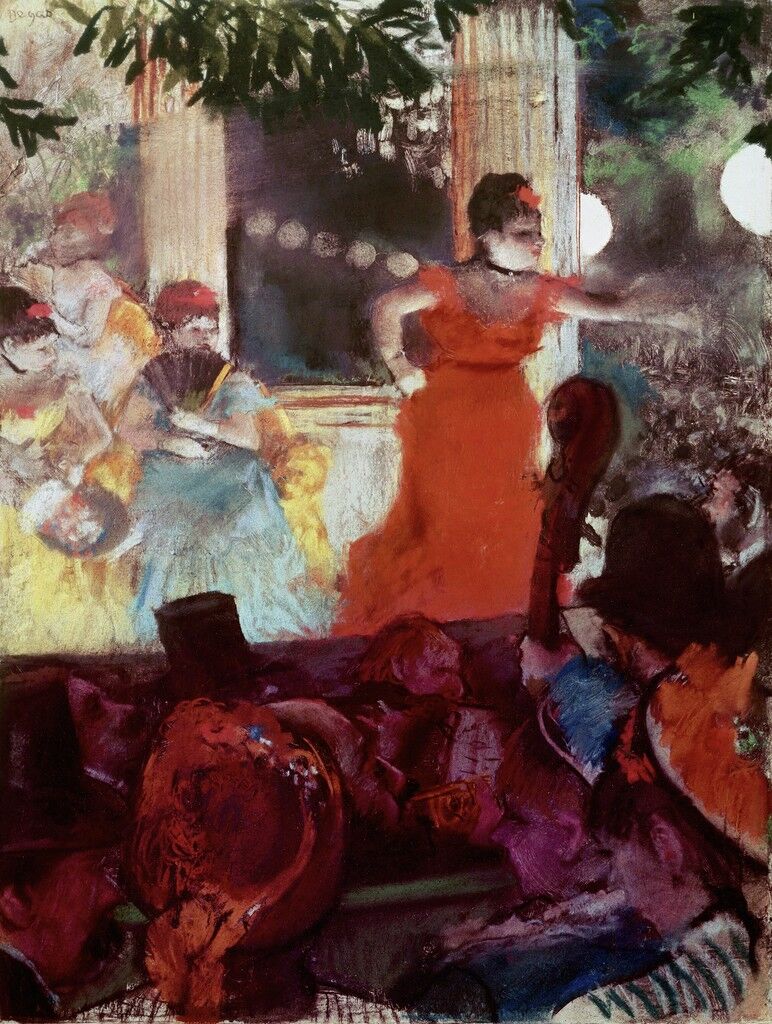 Edgar Degas
Café Concert aux Ambassadeurs, 1876-1877
Musée des Beaux-Arts de Lyon
Look closely and you can see that the artist chose to omit the singer’s left hand. Knowing that our eyes couldn’t follow the path of her outstretched hand while keeping her face in focus, Degas made a daring choice, creating an image of such authenticity that we may not even notice upon first looking at the work.
A painting of the concert rendered from a photo might have given the viewer more information and abundant definition, but it would feel, in contrast to the original, static and lifeless. 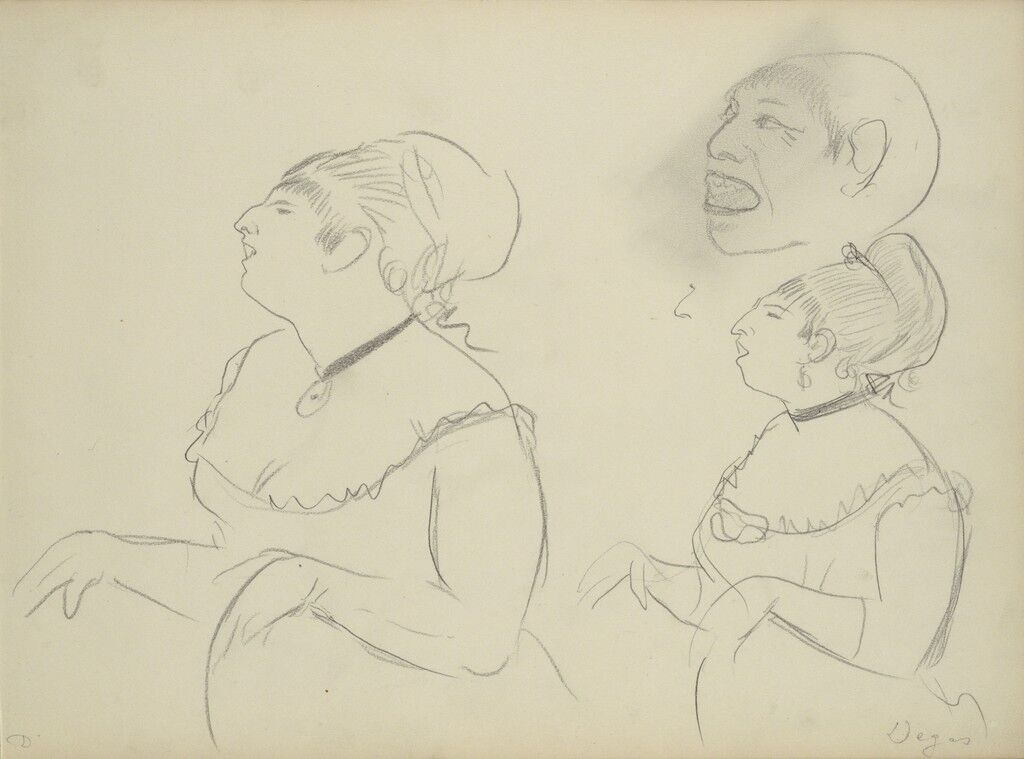 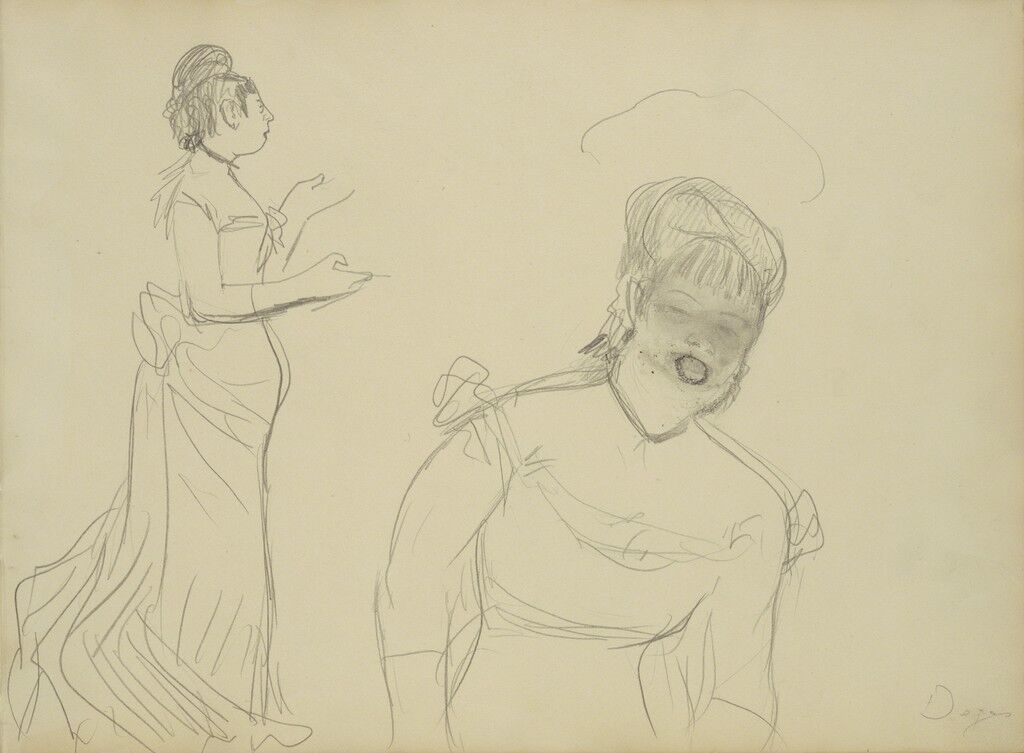 Edgar Degas
Sketches of a Caf‚ Singer, 1877
J. Paul Getty Museum
Where we outdo the camera is in depth perception. We see a world with three dimensions. In our view, trees have volume: Their branches are arranged side to side and front to back. We can also judge the distance between ourselves and the trees because we perceive the expanse of space between us and them.
J.M.W. Turner
, known for his devotion to working from life, spent his career capturing the human capacity to see and perceive space. 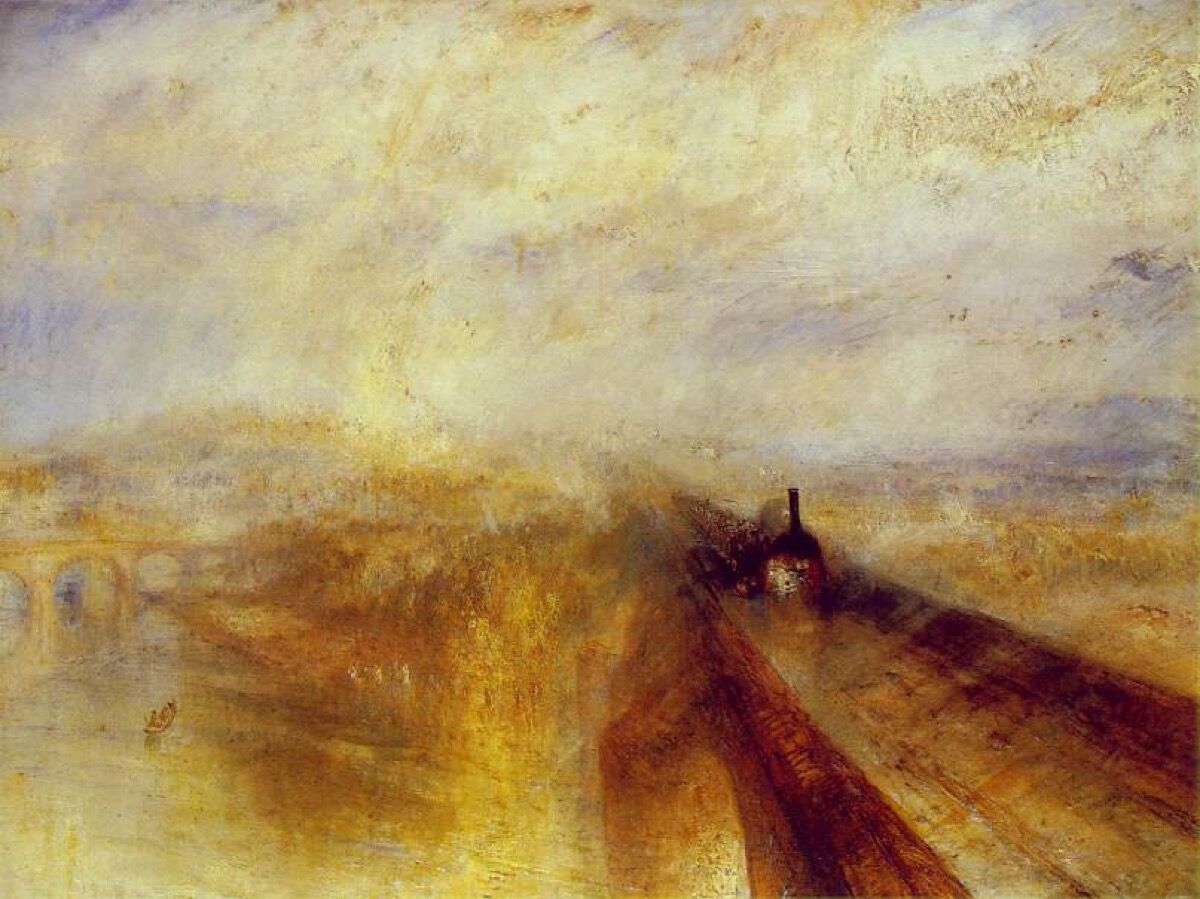 Our eyes are also capable of dynamically adjusting exposure. As we scan a scene, object by object, our vision adjusts the exposure for each one, allowing us to see its value and color relationships more clearly. We can study a scene that has both dark shadows and brilliant lights and see everything in proper exposure thanks to the movement of our gaze.
Cameras, by contrast, choose a single exposure that works reasonably well for the entire scene. As a result, some values are inevitably skewed, becoming too dark or too light. Artists who work from photos frequently copy this defect, marking their work as photographic rather than observed.
The flexibility of human vision is apparent in
Rembrandt’
s Self-portrait (1661). A detail of the work reveals the airy, color-filled quality of his shadow. The skin, in the light, is likewise full of carefully discerned color and maintains a believable mid-value. 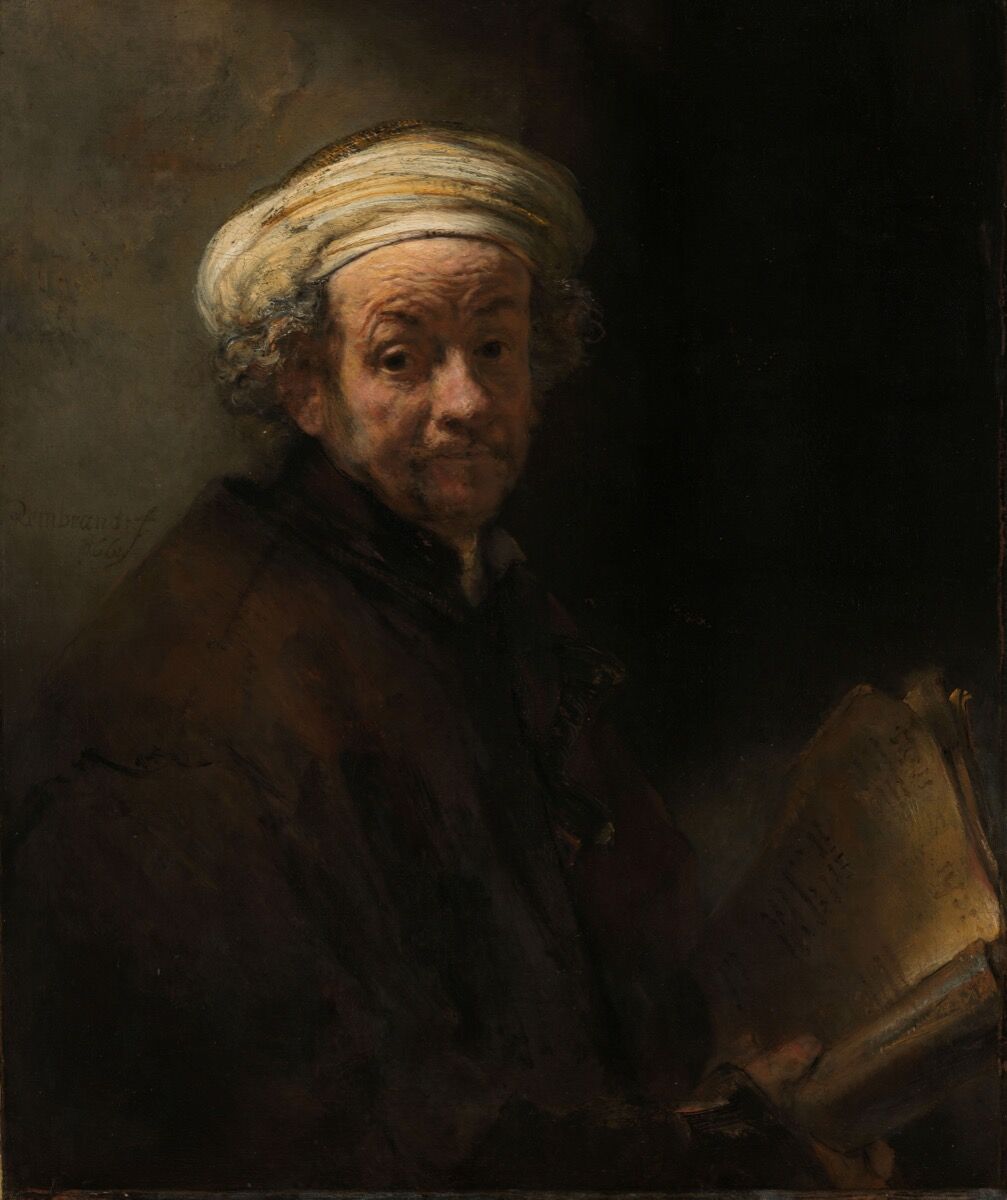 Rembrandt van Rijn, Self Portrait as the Apostle Paul, 1661. Courtesy of The Rijksmuseum.

If it were created from a photo reference, the shadows of the portrait may have become impenetrably dark and heavy, and the lights may have been blown out. Most of the subtle color notes would be lost in these extreme value groupings.
Finally, our way of looking at the world gives us a different understanding of perspective than that of a camera’s lens. 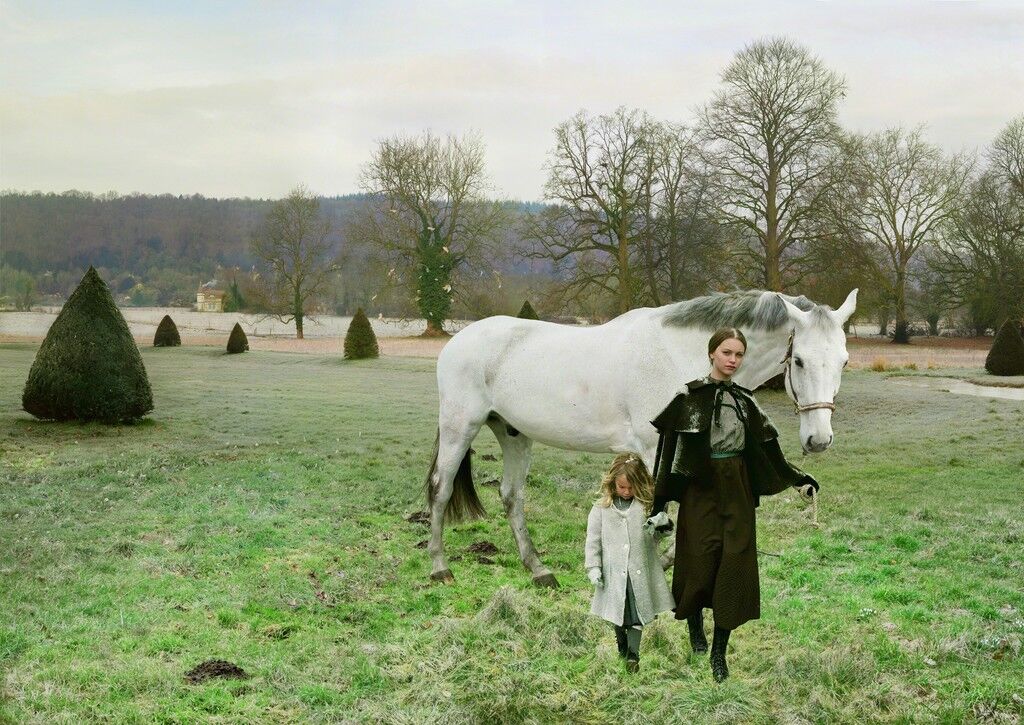 Meghan Boody
It was one of those exquisite days that come in winter, in which it seems no longer the dead body, but the lovely ghost of summer, 2009
Rick Wester Fine Art
This photo shows typical lens distortion—the result of the camera’s fixed point of view and the proximity to the subject. Standing in the same location, in real life, we wouldn’t experience this distortion. Our continually moving eyes encounter large objects piece by piece, not as a whole. We scan the subject, focusing and refocusing repeatedly and, as each new area comes into focus, the previous one reverts to our blurry peripheral vision. Our brain strings together these many discrete views into a coherent, sensible whole.
Thus, we don’t see a horse as having a huge front half and a tiny back half and we wouldn’t render it that way in an artwork. 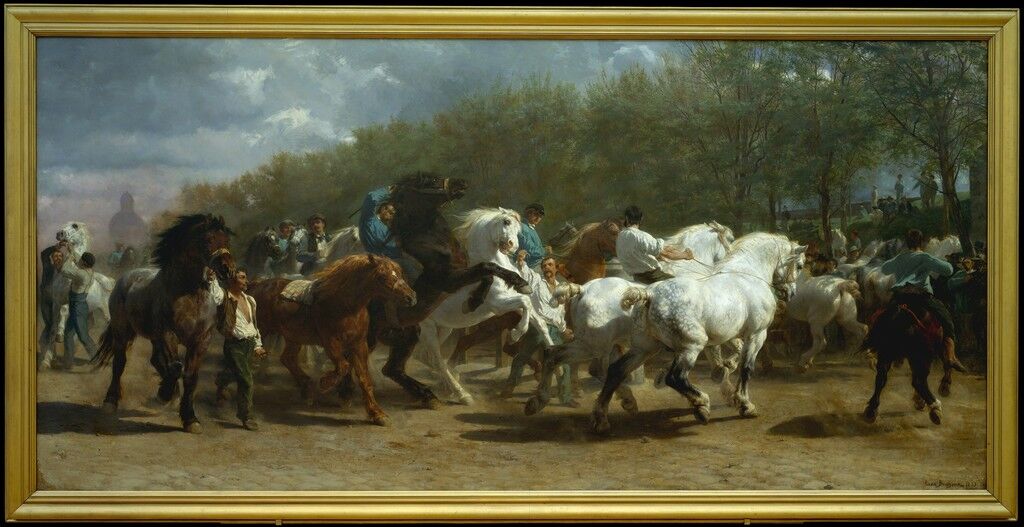 Rosa Bonheur
The Horse Fair, 1852–1855
The Metropolitan Museum of Art
Though photo references are ubiquitous in artists’ studios, they are no substitute for the world as we actually perceive it. Our vision works differently than the camera’s lens, and to create artworks of subtlety, originality, and honesty, artists should consider working from life.
Ingrid Christensen
Related Stories