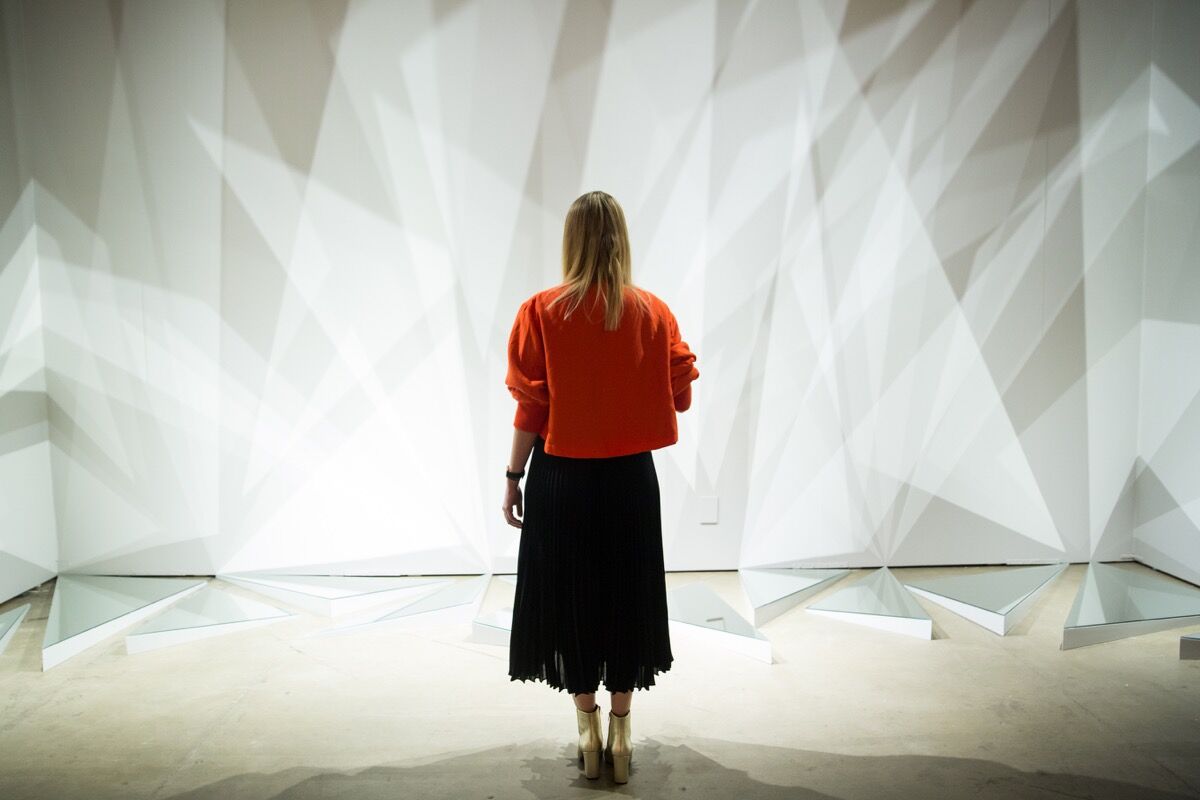 The Natural Resources Defense Council (NRDC) is one of America’s preeminent environmental organizations, known for its aggressive litigation and scientific expertise. Not, in other words, a likely exhibitor at Expo Chicago, the art fair where it occupied a booth alongside galleries such as David Zwirner and local doyenne Rhona Hoffman.
But Elizabeth Corr, director of art partnerships at NRDC, said Expo Chicago has, for the fair’s past six editions, been the perfect place for the organization to spotlight its work, most recently with an art project by the Chicago-based collective
Luftwerk
. The work features actual recordings of the sounds and frequencies of melting and moving glaciers in a booth fitted with shards of mirror that evoked the shattering of the Larsen C ice shelf in Antarctica, which just a few months before Expo Chicago was held, broke off into the Weddell Sea.
“One of the really hard things about climate change is that people struggle to imagine it, and imagine what it looks like,” said Corr. “Artists and art have the incredible ability to break down that barrier...That allows the public to interact in a very active way, to ask questions, to have emotive responses, to feel. And once they’re feeling, they’ll be more inclined to take action on behalf of the environment.”
NRDC’s booth at Expo Chicago is one example of the nonprofit sector’s growing engagement with the art community, as nonprofit organizations seek to harness the alignment between their causes and the liberal-leaning artists, dealers, and art audiences to raise awareness among new demographics and bring in much-needed funds.
“We’re constantly trying to reach a more diverse audience, a younger audience, to get them engaged with our work. The art world is perfect for that,” Corr said. “Historically, there’s such a strong link between art and political movements, and the environmental movement is no different.”
Now in her seventh year working with artists, Corr also oversees an artist-in-residence program in which artists access NRDC’s scientists and legal experts for input and inspiration.
The links between the art community and nonprofits have been solidifying as more people, including artists, seek political involvement following the election of United States President Donald Trump.
That’s made it easy for Sexy Beast—a nonprofit organization started by Night Gallery’s Davida Nemeroff and
Mieke Marple
to fundraise for Planned Parenthood Los Angeles (PPLA)—to lure artists and other creative types in Los Angeles to join forces with them.
“People are really revved up and looking for avenues to contribute,” said Kristen Stegemoeller, who along with Sonny Ruscha Granade and Tera Uhlinger now steer Sexy Beast after Nemeroff and Marple handed the reins to Granade in November of 2016.
“So many of these artists and designers we’re working with [are] very liberal and politically engaged personally, but there are limited outlets to use their talent and skills to directly benefit causes they personally care about,” said Stegemoeller. “We’re trying to thread the needle for them.”
That includes projects such as t-shirts designed by artist
Jenny Holzer
and designer/creative director Virgil Abloh (available for a $100 donation to PPLA) and a forthcoming signature necklace by jewelry designer and Sexy Beast host committee member Gabriela Artigas. The diverse range of guests and hosts at October’s biannual gala includes prominent members of the L.A. arts community, including gallerist David Kordansky and directors from Gagosian, Hauser & Wirth, Karma International, Kohn Gallery, Nicodim Gallery, and Tappan. (Planned Parenthood Federation of America, Inc., the national organization, has a director of arts and entertainment engagement, but PPFA declined to make her available for an interview.) 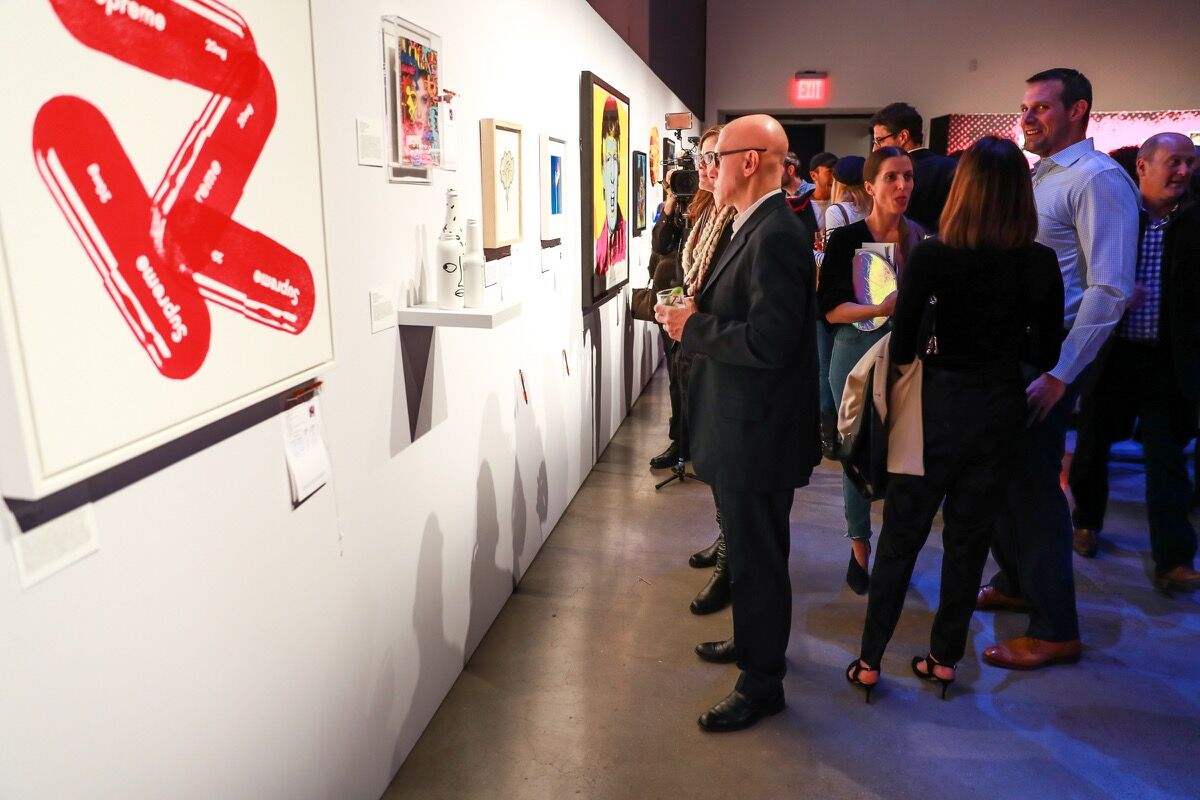 The proliferation of events featuring charity art auctions has created some competition for artists’ limited quantities of work. Fortunately for David Giffen, executive director of New York City’s Coalition for the Homeless, his organization has been partnering with artists since 1995. The organization’s annual Artwalk NY event, a high-profile gala whose 2017 edition honored artist
Louise Fishman
and philanthropists Vincent and Shelly Fremont, was once an actual art walk—a tour through artist studios in SoHo, followed by a cocktail party in the historic Puck Building. In 2005, as SoHo gentrified and artists moved out, the event evolved into a more traditional evening fête.
“Now that there are so many charity auctions around town, it’s hard to get the attention of artists,” said Giffen. “We’re really lucky,” he said, citing the consistent involvement of artists including Holzer,
Ed Ruscha
,
Christo
,
Chuck Close
, and
Pat Steir
, who frequently donate work that’s sold during a live auction. To date, the event has raised more than $10 million to support the Coalition for the Homeless’s wide-ranging services and advocacy work, which includes distributing warm meals, job training, and providing housing.
Giffen said many of the artists involved were drawn to the Coalition’s work thanks to a personal connection to the cause of homelessness, and because of their generally “inclusive and humanistic view of the world and our place in it,” he said.
“Part of the way this started is because so many artists have a history of homelessness or living on the margins of society, so they do really have empathy for the issue,” Giffen said. He cited moving remarks at Artwalk one year by the artist
Roxy Paine
, who had worked at a homeless shelter while he was a student at Pratt, an experience that gave him insight into the cycle of poverty and compelled him to get involved.
Marple said a similar dynamic was at work with Planned Parenthood, which she called “one of those nonprofits that transcend class.”
“A lot of people who are just too embarrassed to go to their parents will go to Planned Parenthood,” she said. “Almost every collector, dealer, artist, had a Planned Parenthood experience.” 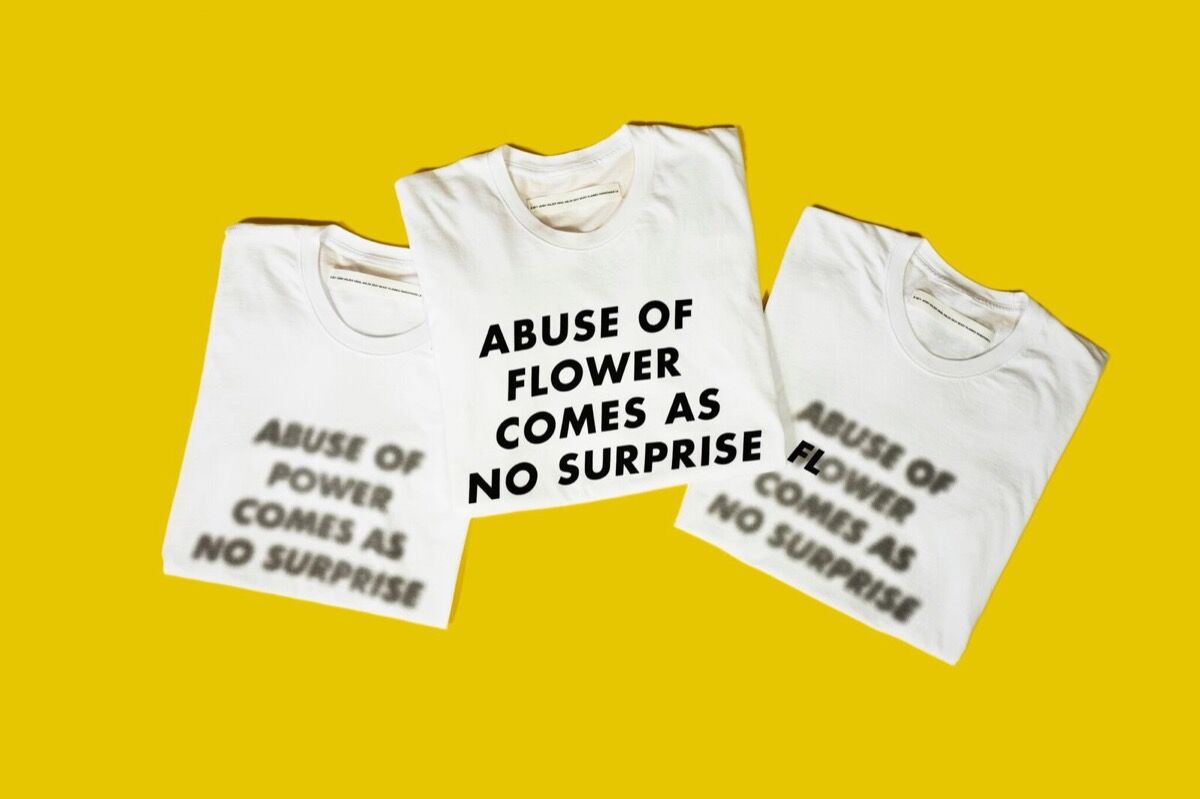 Advertisement
Marple and Nemeroff co-chaired the first edition of Sexy Beast in 2014 (they were joined by event and theater producer Eliah Perona as a co-chair in 2016), which together raised just under $1 million for PPLA, with works donated by of-the-moment artists such as
Mira Dancy
and
Julie Mehretu
. Marple said the enthusiastic response from the artists, dealers, and collectors right from the outset spurred them to grow Sexy Beast in scale from a small event they’d been planning to hold in the gallery to a full-on gala with tickets and corporate sponsors. The name, she said, gestured at the “glamour and sexiness” they knew was key to making it a success.
There were some moments of learning from both sides. Marple and Nemeroff, who had made Night Gallery’s name with edgy, experimental exhibitions and events, proposed featuring the burlesque dancer and artist
Narcissister
at Sexy Beast, who, per Marple, “literally has a dance where she is a vagina and at the end of it she throws these white ribbons into the air” to simulate orgasm.
“We just thought it was like the greatest thing, and Planned Parenthood didn’t,” Marple said. Through further conversations, the two dealers came to understand the constraints under which Planned Parenthood operates: namely, a political environment in which anti-abortion activists might use such a performance to smear the organization’s name.
“Planned Parenthood gets bomb threats regularly,” Marple said. “There were a whole new set of worries that were never, ever, on our radar.”
The current directors envision it growing into a more year-round affair with more frequent programming, such as a sign-making event ahead of the January Women’s March and ongoing social media engagement via Instagram, where their rapidly growing following includes a number of celebrity supporters photographed in the Abloh and Holzer-designed t-shirts.
Perhaps it is “no surprise,” as Holzer might say, that her work crops up repeatedly in these circles, given its feminist and politically engaged messages. A piece by Holzer, from the series “Inflammatory Essays,” was shown by Human Rights Watch (HRW) when it first took a booth at Expo Chicago in 2013. Dedrea Gray, co-chair emerita of HRW’s Chicago Committee said she was inspired to participate by an exhibit of
Maya Lin
’s environmentally oriented work at NRDC’s inaugural Expo Chicago booth the previous year, which included the haunting Reversing the Flow (2010), a topographical map of the Chicago River made of densely packed small pins.
“I was really taken with it, and with the fact that [Lin] had connected with the NRDC,” said Gray, whose husband Paul Gray owns Richard Gray Gallery, with locations in Chicago and New York.
The Holzer work, along with a subsequent piece by
Alfredo Jaar
, was donated or coordinated by Rhona Hoffman, the venerable Chicago gallerist who sits on the boards of both the NRDC’s and HRW’s local chapters and had been instrumental in convincing Expo Chicago director and president Tony Karman to give up valuable square footage in order to bring fairgoers’ attention to the organizations’ causes.
“That first year, people really didn’t understand why Human Rights Watch was at the art fair. They actually said, ‘Why are you here?’” Gray recalled. But after four days of engaging with visitors about HRW’s work documenting and exposing human rights violations around the world, she said, visitors seemed grateful to experience something at the fair that, while still arts-based, gave the fair “another dimension.” 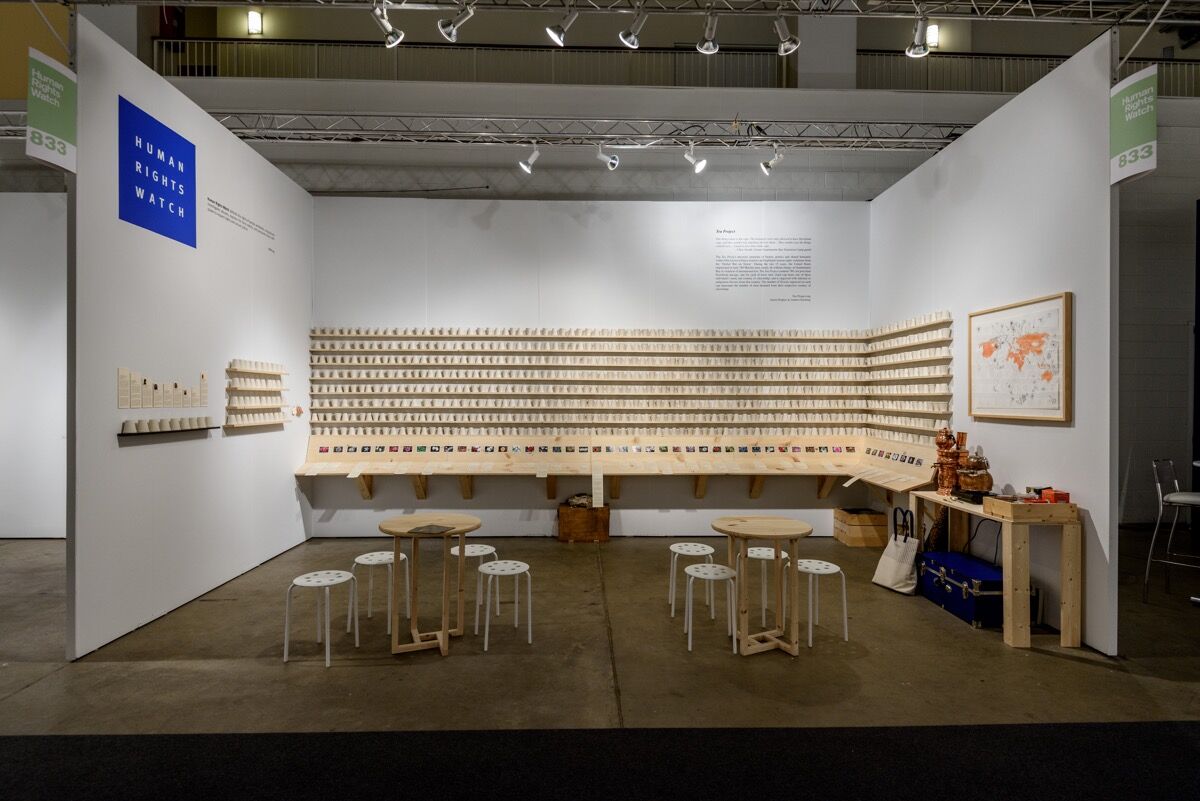 Installation view of the Tea Project by Amber Ginsburg and Aaron Hughes at the Human Rights Watch booth. Photo by Cheri Eisenberg. Courtesy of Expo Chicago.

In recent years, Gray and Rachel Shrock, an officer at HRW who helps coordinate the booth, have sought to make the artworks more interactive, after seeing the impact of their 2016 project 34,000 Pillows. For the piece, the artist collaborative
Diaz Lewis
has been sewing pillows to represent the number of beds U.S. Immigration and Customs Enforcement (ICE) maintained in 2016 for immigrants detained across the country. The pillows sold for $159, the daily cost to taxpayers for detaining one person; with sales during the run of the fair hitting around $10,000. They continued to sell another $10,000 worth of pillows in the months after, Shrock said.
Shrock and Gray said the booth’s colorful piles of the pillows brought in a number of children, creating opportunities to engage with families and others around HRW’s work in a way that its text-based reports cannot.
“Art is able to transform and materialize the issue in a way that words often cannot communicate, and in an instantaneous way,” Shrock said. “The look on peoples’ faces when we explain about the 34,000 people detained each day in the U.S., and the cost of that. You could just see the way it affected them, thinking about what it means to lay your head down on a pillow, how many pillows that is and how many human beings that is. It’s very different than reading a text on a wall.” Shrock also noted that the VIP preview day brings in high-net worth collectors who could be valuable potential donors.
Sometimes, it is those collectors who form a bridge between the philanthropic and arts community. Marple, who left Night Gallery in early 2017 and is now based in the Bay Area, said it was two older female collectors that were also former board members of PPLA who had vouched for her and Nemeroff when they first reached out to the organization.
Their involvement taught Marple a lesson that she now wants to impart to graduate students in a course on fundraising she’ll be co-teaching at California College of the Arts with artist Christine Wang: They can be political artists without eschewing the art market, or collectors, or the gallery system. Rather, they can use their art to further a cause they care about through the art industry and its supporters, something the students will prove by holding a benefit auction themselves to raise money for  Critical Resistance, a prison abolitionist group Wang has been a part of for the past seven years.
“It doesn’t require them to make explicitly political work,” Marple said. “It can literally be just how you carry yourself in your life.”
Anna Louie Sussman
Related Stories