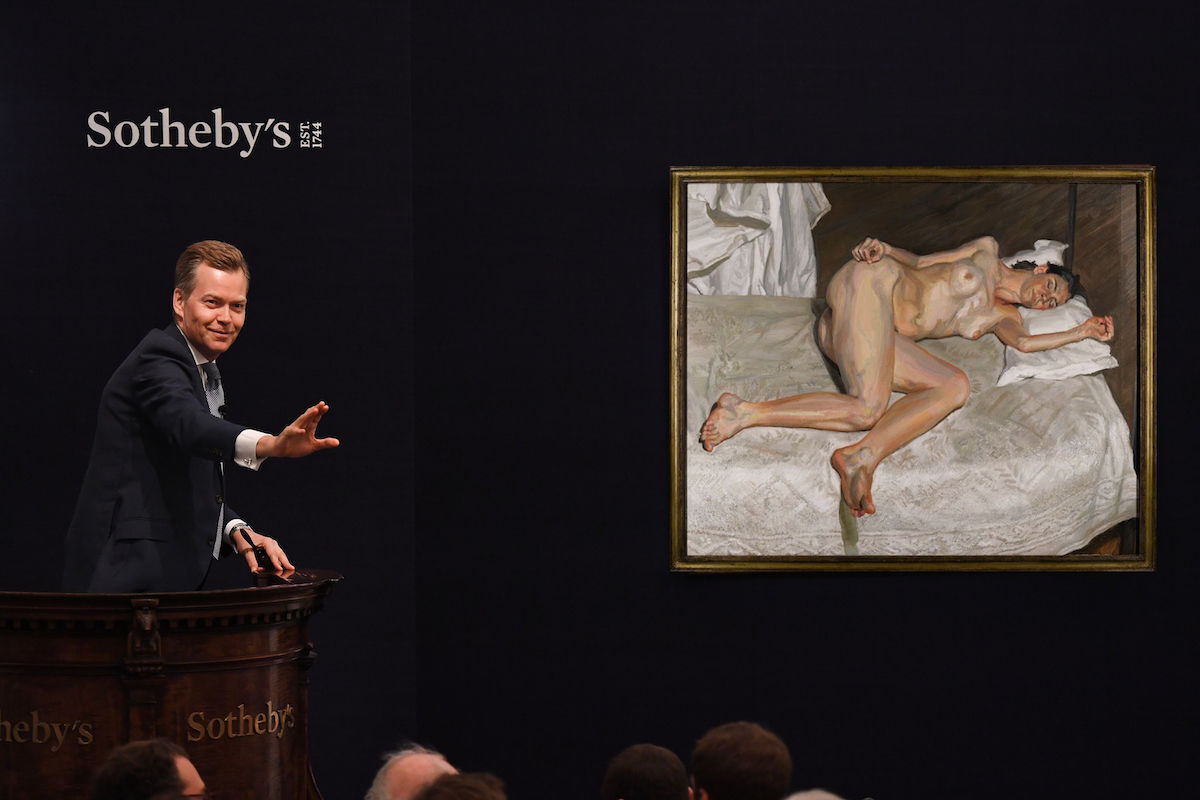 For decades, auction houses in London have hosted can’t-miss contemporary art evening sales in June, during the two weeks after the fair behemoth that is Art Basel. But in March 2017, Christie’s announced that it would cancel its bellwether post-war and contemporary evening sale in June, throwing the season into an existential crisis—suddenly, Sotheby’s and Phillips had to question whether they should continue to hold their sales, or follow suit and focus on the March and October sales, the latter of which coincide with Frieze and Frieze Masters.
A year and a half later, the June sales in London not only still exist, they were more successful than ever in 2018, with a total of £183.6 million ($242.4 million), up 76.8% from last year’s total of £106.8 million ($138.8 million), including the results of two day sales at Christie’s. What’s more, Phillips sold out its evening sale completely, and Sotheby’s sold all but one of its 44 lots. According to sources within the auction houses, as well as advisors, collectors, and dealers present at the auctions, Sotheby’s and Phillips have both rejiggered their approach to the June sales, relying almost entirely on out-of-town buyers, upping guarantees, and betting on new market darlings.
The sales now are less tethered to the city they take place in and more geared towards a global collecting base. For example, Sotheby’s put its evening sale highlights on view in its Zurich office for the first time, and hosted breakfast fêtes in Zurich, where collectors arriving on international flights often land before heading on to the nearby city of Basel. And more so than in other seasons, the houses have spent freely to secure work via guarantees. Both Sotheby’s and Phillips presented some top-notch work of the kind that Christie’s now saves for the other two seasons, while also using the June sales as a showcase for emerging artists who have previously performed well in day sales.
The record post-war and contemporary sales at Sotheby’s and Phillips in late June have even drawn Christie’s back onto the June calendar, via a pair of day sales that broke records for a number of artists.
“June is now the time to hold a major sale in London,” said Alex Branczik, Sotheby’s head of contemporary art in Europe. 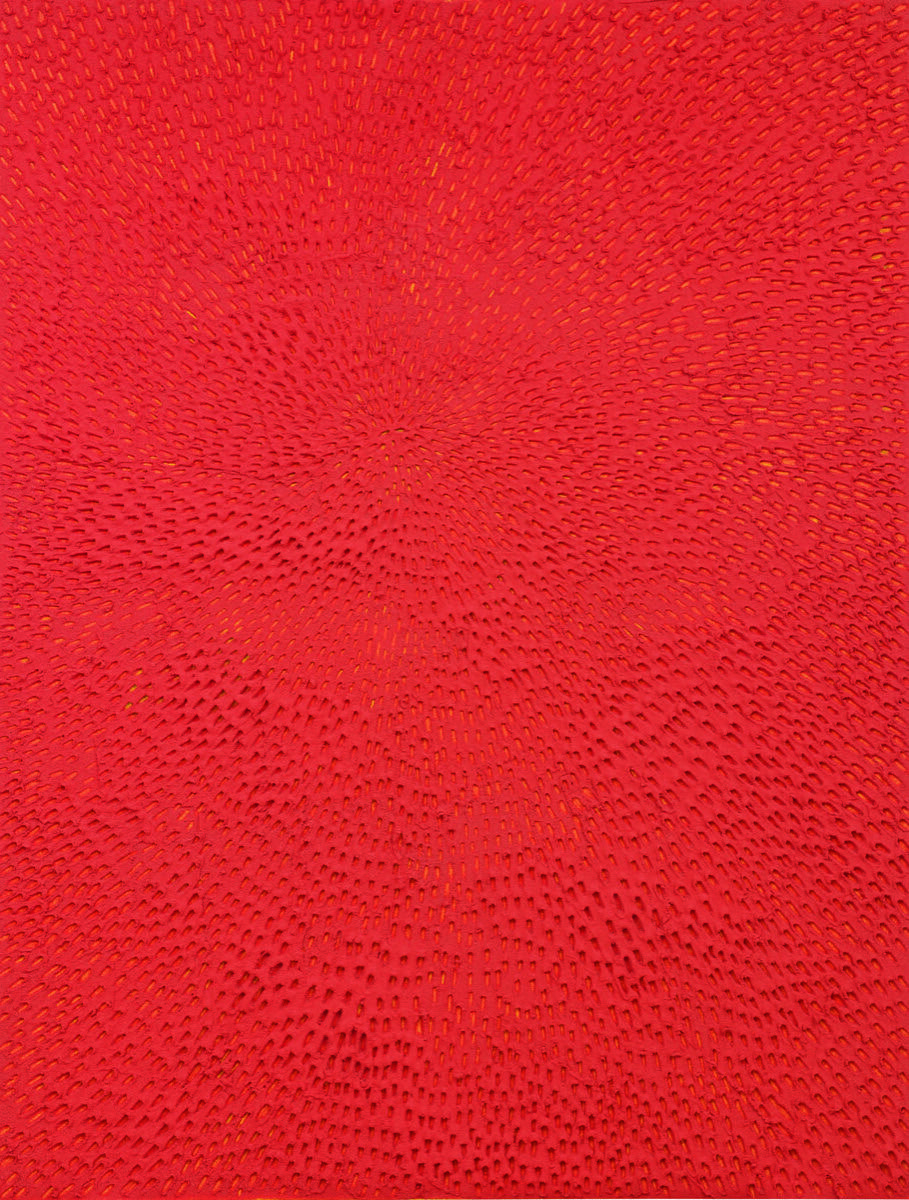 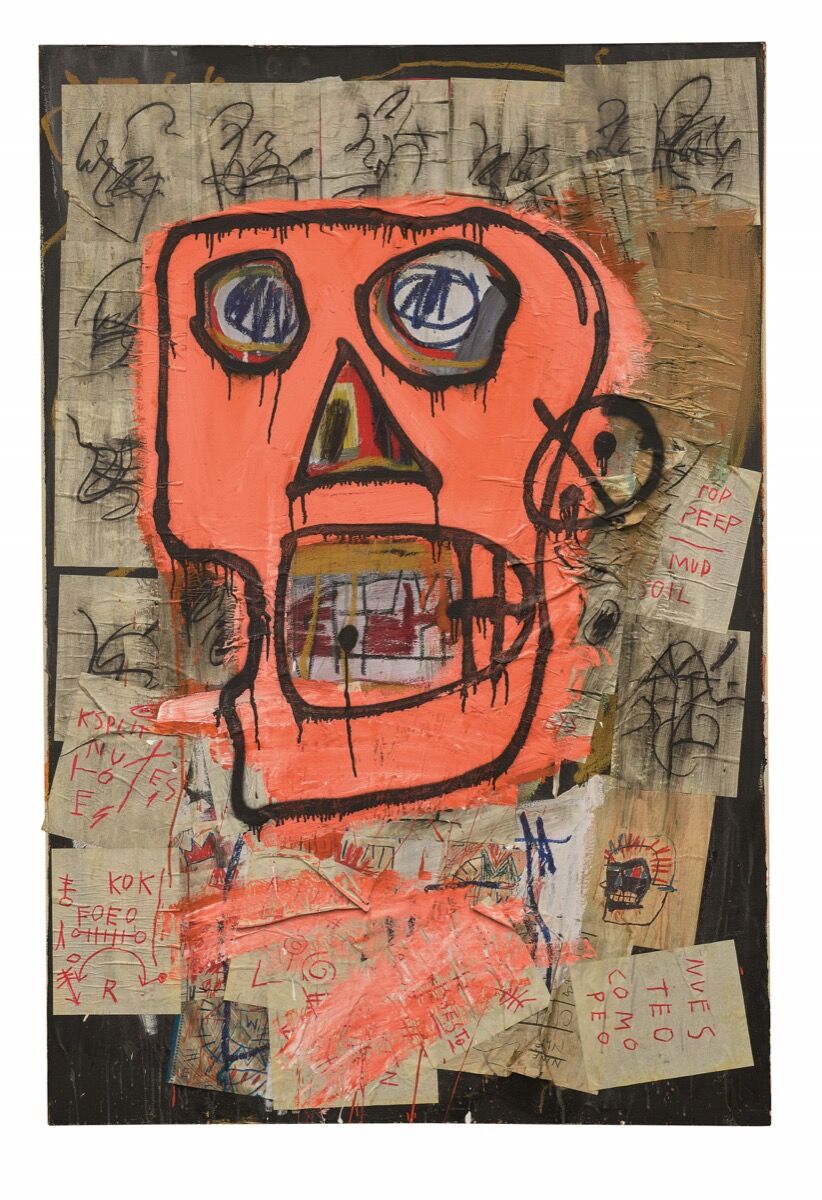 Evidence of the new approach was much apparent Tuesday night at Sotheby’s new Bond Street sales room, where the auction house had to stuff lesser paddle-wielders in the back as the sales room was so packed. Bidding was vigorous both in the room and on the phones, almost leading to a perfect white glove sale—an auction in which every lot is sold, a true rarity during a high-profile evening sale—until the second-to-last lot failed to find a buyer. The results pushed back strongly against the notion that there isn’t an appetite for contemporary art evening sales in June, earning £110.2 million ($146 million) with fees, indicating that the hammer price did not quite beat out the £108.2 million ($143.3 million) high estimate.
“We proved that contemporary [art] collectors are ready for a full feast in London in June,” Branczik said.
Part of the reason the sale nearly batted a thousand was the heavy reliance on guarantees. More than half of the lots—25 out of 44, or 57%—at Sotheby’s evening sales in June were secured with financial backing, a sharp uptick from Sotheby’s March 2018 sale in London, where 21 lots out of 58—or 36%—were guaranteed. On eight occasions, a guaranteed work sold at a price near its low estimate, indicating that it had sold to the guarantor in what was a publically staged private sale. Branczik noted that a number of works had come from the estate collection—which has 23 lots between the evening sale and the day sale—that the house had guaranteed in full and branded as “New Wave New Beat,” as it included a number of artists who came up in Manhattan during the 1980s.
Sotheby’s also pivoted by making the sales season in London a time to position artists who performed strongly in day sales as market stars who can perform in evening sales. The sale’s first lot,
Jennifer Guidi
’s Untitled (Red Sand SF #1E, Yellow Ground) (2016), marked her first appearance in an auction house evening sale. Work by Guidi is intensely sought after on the primary market, with collectors joining long waiting lists in the hope of acquiring new work from the galleries that show her, including Gagosian and David Kordansky Gallery, in Los Angeles. 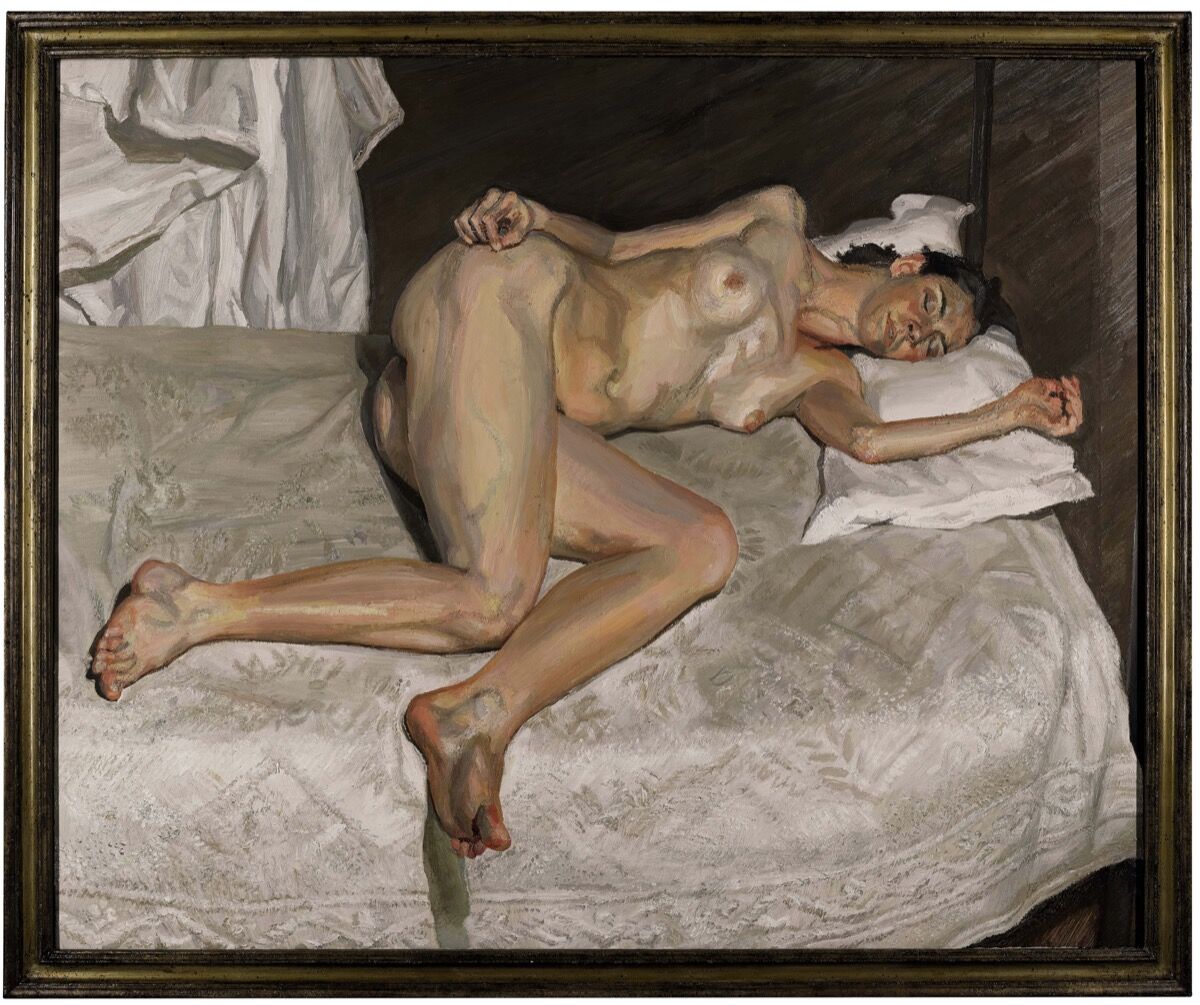 Lucian Freud, Portrait on a White Cover, 2002-3. Courtesy of Sotheby’s.

Advertisement
And the provenance of the Guidi work for sale reflected that—the consignor had acquired it just weeks earlier, according to several sources, and hoped to make a quick buck by selling it at a high-profile sale, betting that those who are not at the front of the queue would shell out big-time for a top-shelf Guidi painting, which incorporate scalloped indentations in sand on canvas. The dealer Brett Gorvy confirmed as much on his Instagram account, where he posted a picture of Untitled (Red Sand SF #1E, Yellow Ground) and wrote: “To the person who is flipping this work way too early at auction, your loss!”
Sources have said that, on the secondary market, Guidi works are now going for as much as $500,000. But at Sotheby’s, the Guidi painting sold for a £220,000 hammer, or £274,000 ($362,000) with fees, enough for a new auction record and above the high estimate of £200,000—but perhaps disappointing for a consignor hoping it would scale the heights her work has reached in the realm of private sales.
Sotheby’s also had several big-ticket items, including the sale’s highest-priced lot of the evening,
Lucian Freud
’s Portrait on a White Cover (2002–03). It hammered at £19.7 million to a client on the phone with Branczik, within its estimate between £17 million and £20 million, or £22.4 million ($29.6 million) with fees, making it the top lot of the night. It was the highest amount ever paid for a Freud (who is currently a major subject of a show at Tate Britain on British painters) sold in Europe. The inclusion of such a pricy lot in a sale indicates that Sotheby’s still believes in holding certain works for the June circuit—unlike Christie’s, which can now horde all its best material in March and October. The night’s second-biggest lot, an untitled
Jean-Michel Basquiat
skull painting from 1982, sold for £14.6 million ($19.4 million) and also went to a remote buyer, this time a client on the phone with Fergus Duff of Sotheby’s private sales group.
No work sold for such high prices the next night at Phillips during its 20th-century and contemporary art evening sale, but the house nonetheless recorded its highest-grossing June evening sale to date after selling all 31 lots. And yet the Berkeley Square sales room seemed eerily quiet, less bustling than Sotheby’s, and was nearly devoid of in-room bidding. 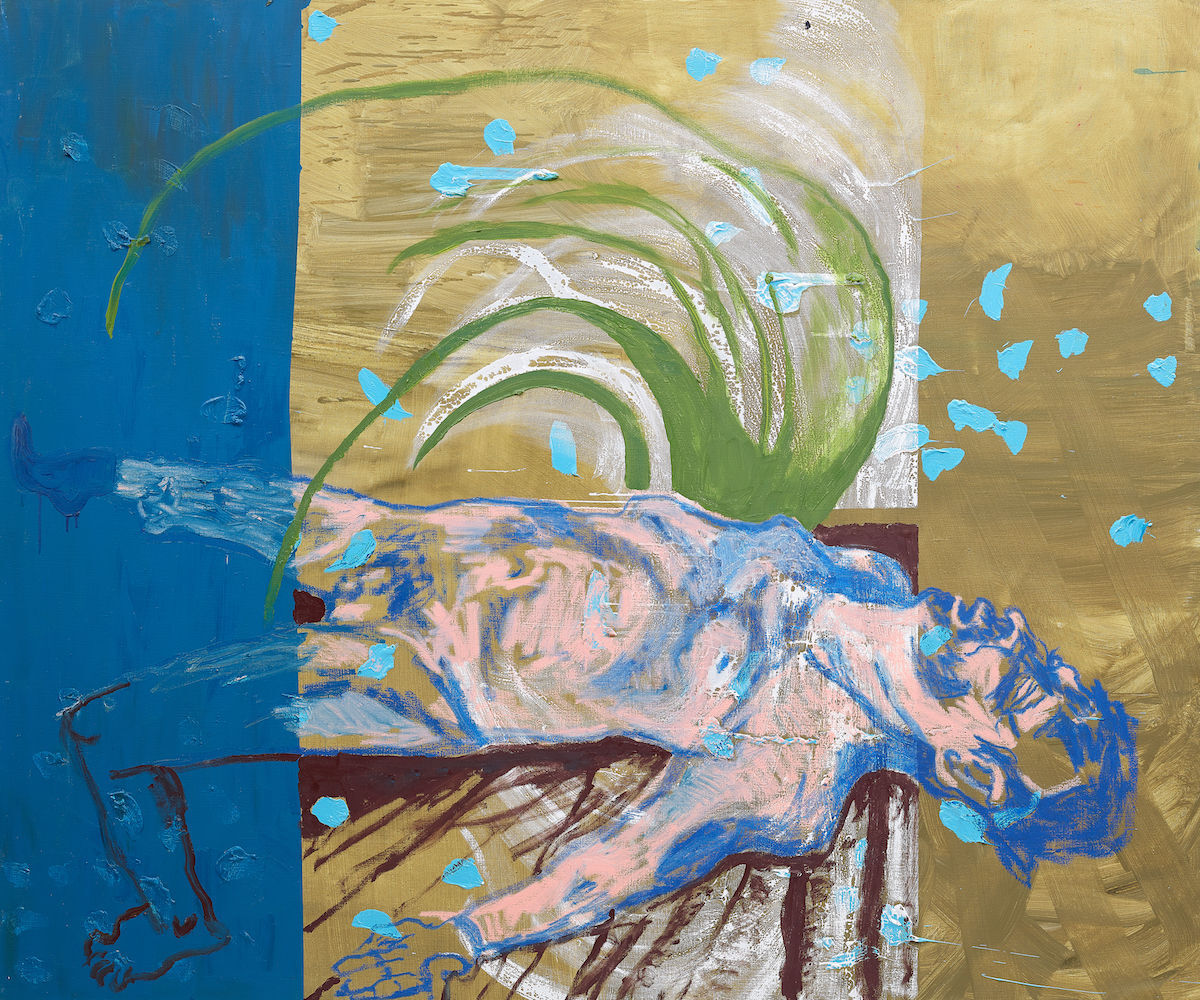 This was perhaps due to London emptying out as June became July, and as Mayfair denizens take to the country. In a post-sale huddle, Phillips chairman Ed Dolman said that he had been taking cab rides to work in the days before the sale and noted there had been suspiciously little traffic; he also said that during the evening sale, “the number of English buyers was not very great.”
This, no doubt, was a reason Christie’s pulled the plug on its June sale in the first place. But it didn’t seem to matter if no one was around to bid, as Phillips was clearly able to fight back against the lack of bodies—a white glove sale is not achieved by accident. More so than for an equivalent sale in New York, the house depended on phone bidding from Asia and the United States, allowing the collectors who opted out of physically coming a chance to bid on work. All auctions arrange for a host of bidding from around the world through specialists, but Dolman said that it was especially important for the June sale to rely on remote bidders, given the general lack of activity in the room.
“The global market is alive and well,” Dolman said.
The total haul, with fees, was £34.8 million ($45.7 million), and the £29 million hammer total fell within the pre-sale estimate of £26 million ($34.5 million) to £34.6 million ($45.8 million). The figure marked a 41% uptick over last year’s equivalent £24.3 million ($31.6 million) sale. And it was led by
Martin Kippenberger
’s Ohne Titel (aus der Serie Das Floß der Medusa) (1996), which went for £8.4 million ($11 million), beating out an estimate in the realm of £7 million ($9.1 million). The high mark was the result of the rare in-room bidder—Per Skarstedt chased the picture nearly to the finish line, but was edged out by Carolina Lanfranchi, a senior international specialist based in Milan, who was bidding for a phone client.
And then on Thursday, Christie’s dipped its toe back into the June sales pool, holding two day sales Thursday: one with 50 lots from the collection of famed London ad man and
YBA
champion Charles Saatchi; the other, a mixed-owner sale that was dubbed “Post-War to Present.” The latter sale seemed to be a success, if a modest one, as it earned £12.7 million ($16.7 million) with fees, above a pre-sale estimate (which does not include fees) between £8.8 million ($11.6 million) and £12.7 million ($16.8 million). 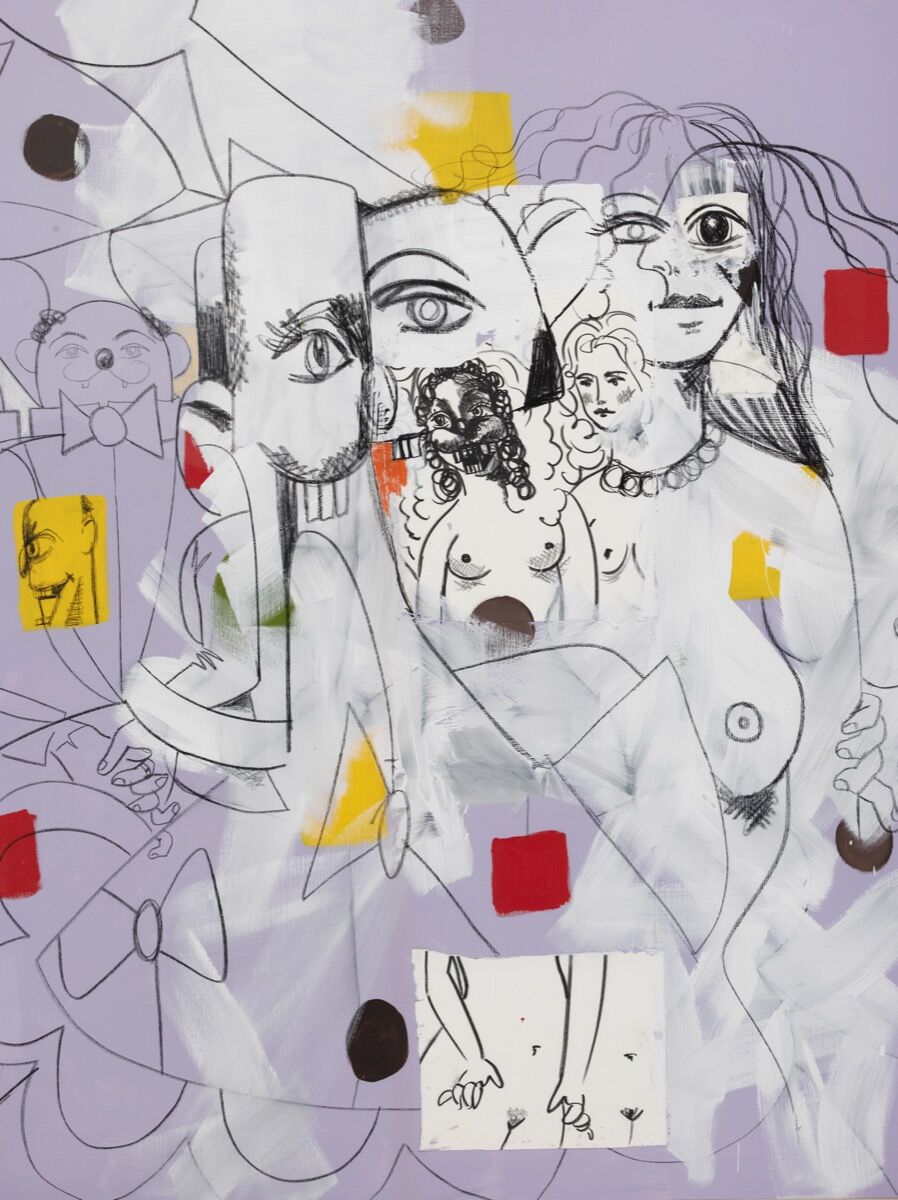 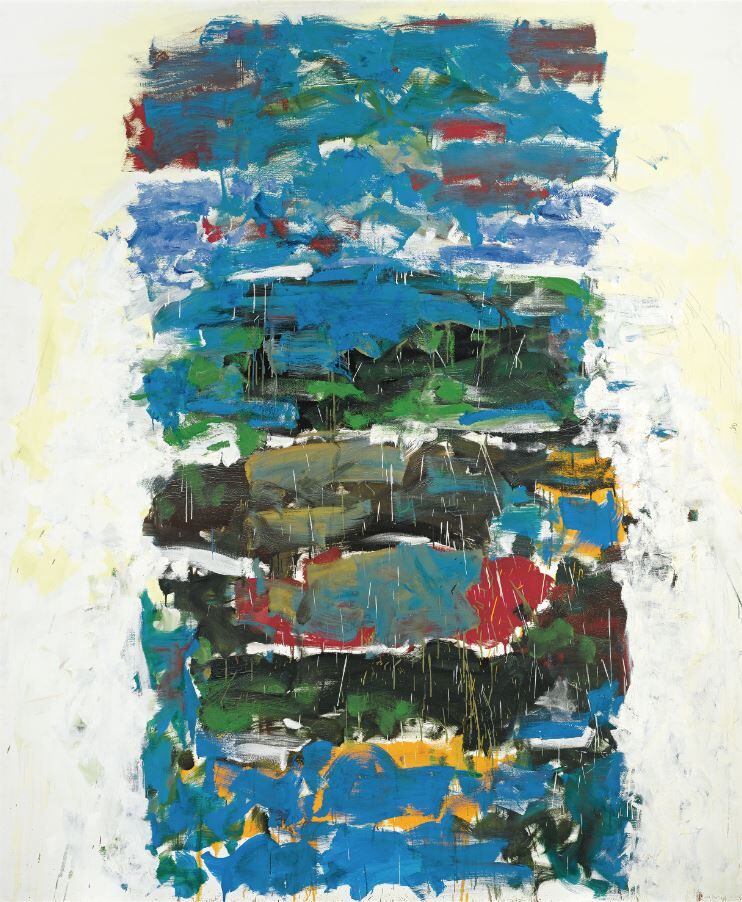 But to Francis Outred, the head of post-war and contemporary art for Christie’s in Europe, it was most notably a success in the context of its new approach: Christie’s is no longer treating June in London as a real sales season, but rather as a time for mid-season sales, a time when auction houses stage low-impact sales with young artists or undervalued market figures, hoping to further the market potential of day sale-level artists. Records were notched for the artists
André Butzer
,
Marc Camille Chaimowicz
,
Alicja Kwade
,
Nicolas Party
, and
Leon Polk Smith
—all artists to whom some have pointed as potential market stars who have the ability to sell for well above their high estimates during day sales. And the sale was front-loaded with work by newly buzzy market favorites such as
Stanley Whitney
,
George Condo
, and
Shara Hughes
. Bidding on that latter group of artists brought totals above estimates, spurring on momentum.
Outred said based on its performance this time around, the “Post-War to Present” concept will become a semi-regular sale. The next one will be in New York in September, with work by older artists, as well as the emerging artists who are also featured in the already established “First Open” sales at Christie’s in New York, London, and Hong Kong.
But with Sotheby’s able to pull in $146 million in an evening sale, and Phillips breaking its own records, it seems a little glib to write off the whole season as one only for minor sales. Outred instead maintains that he very well could wrangle the top-quality works to cobble together another sale in June if he wanted to, but instead, the house chose to push those works into October and March, to lucrative effect.
“If you look at last October, Sotheby’s and Phillips, their presentations were nowhere near the level of ours, so it’s about how each auction house can maximize their approach,” he said.
Still, Outred wouldn’t unequivocally rule out the idea of bringing back the evening sale for June 2019 in London.
“We look at it on a year-by-year basis, and we curate our calendar and our auctions according to that,” he said. “We’re constantly looking at the evolution of the market.”
Nate Freeman
Related Stories 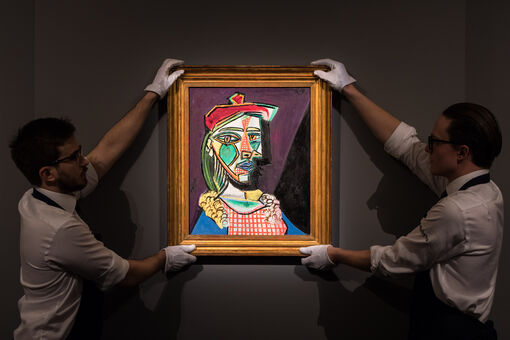