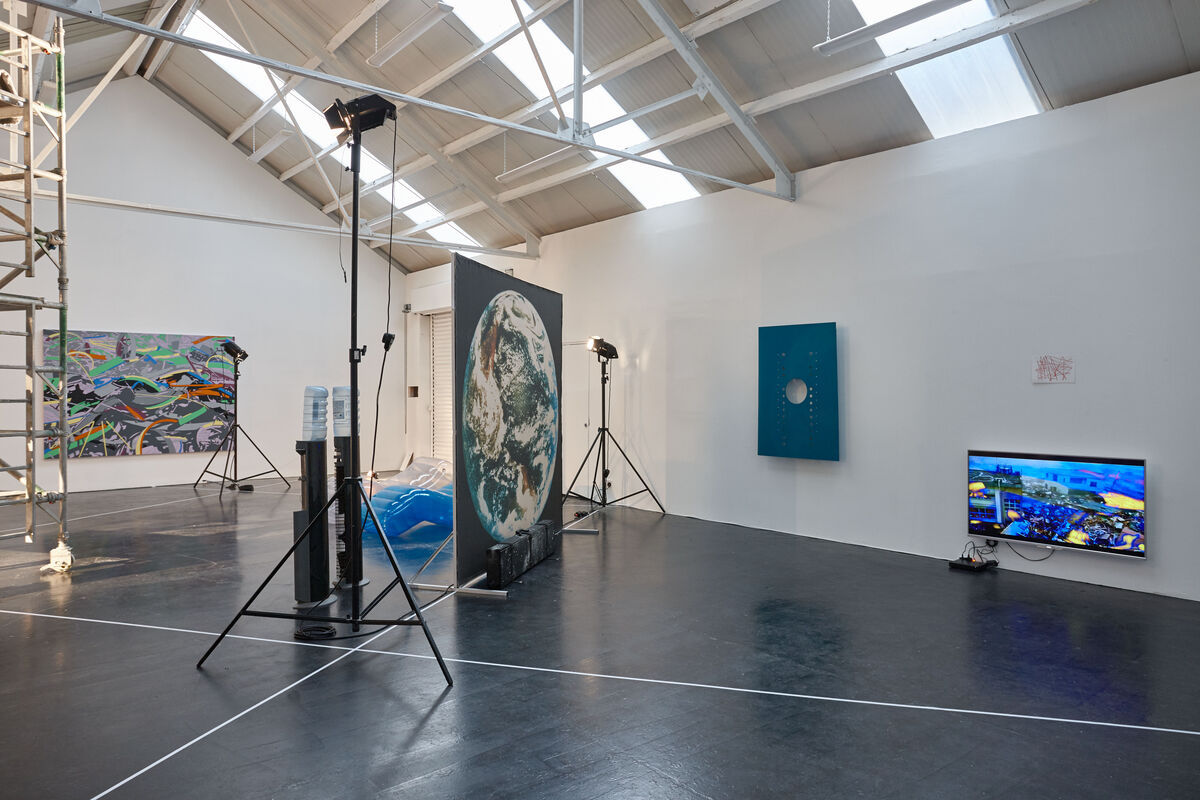 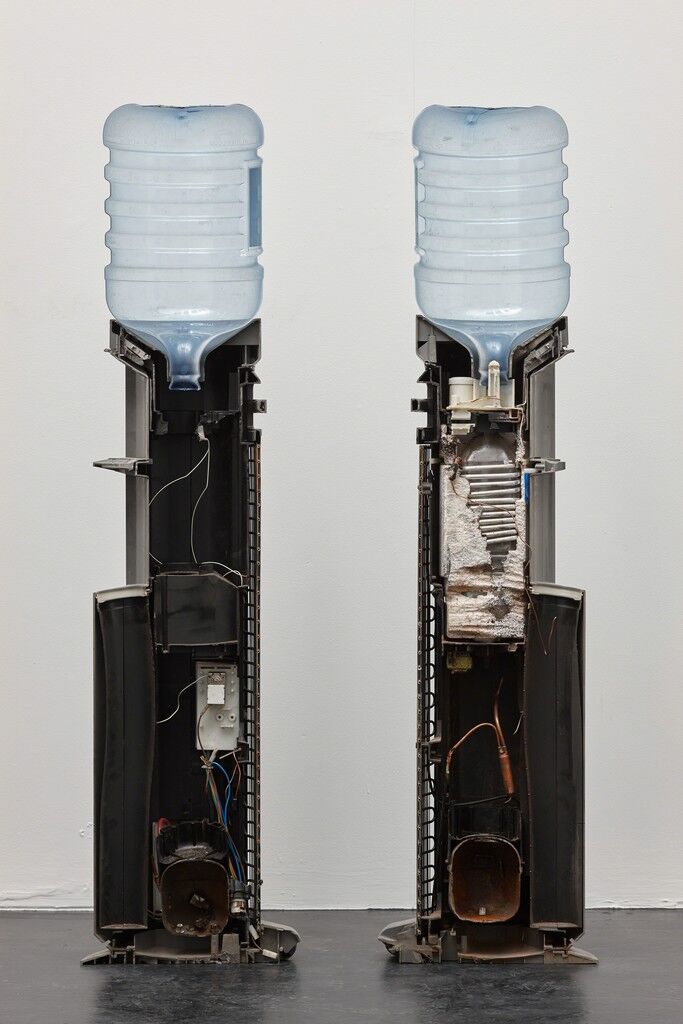 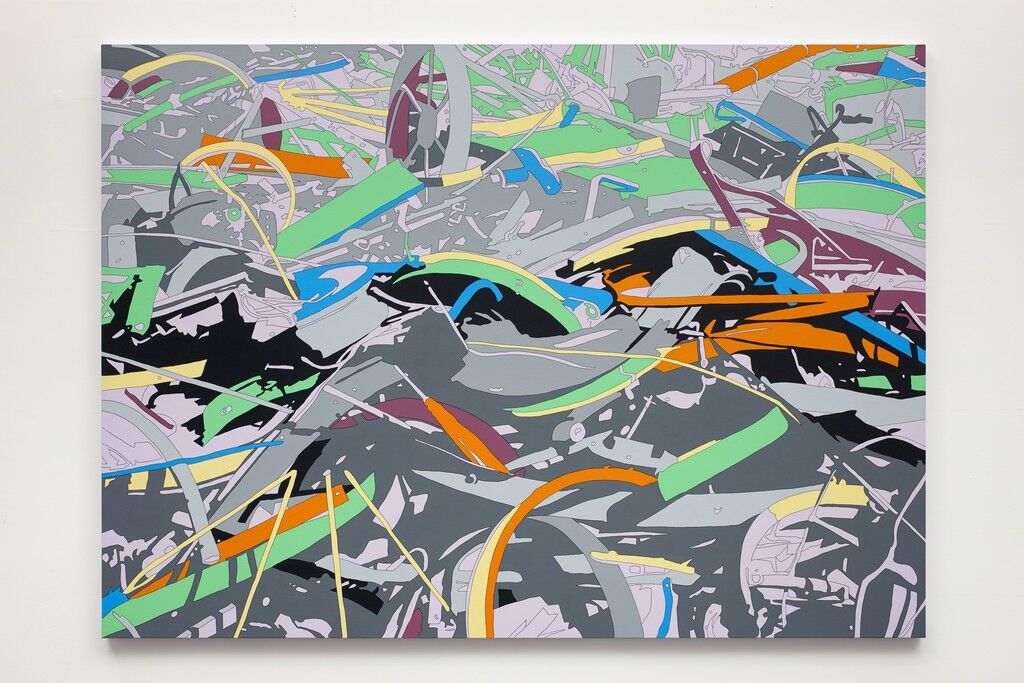 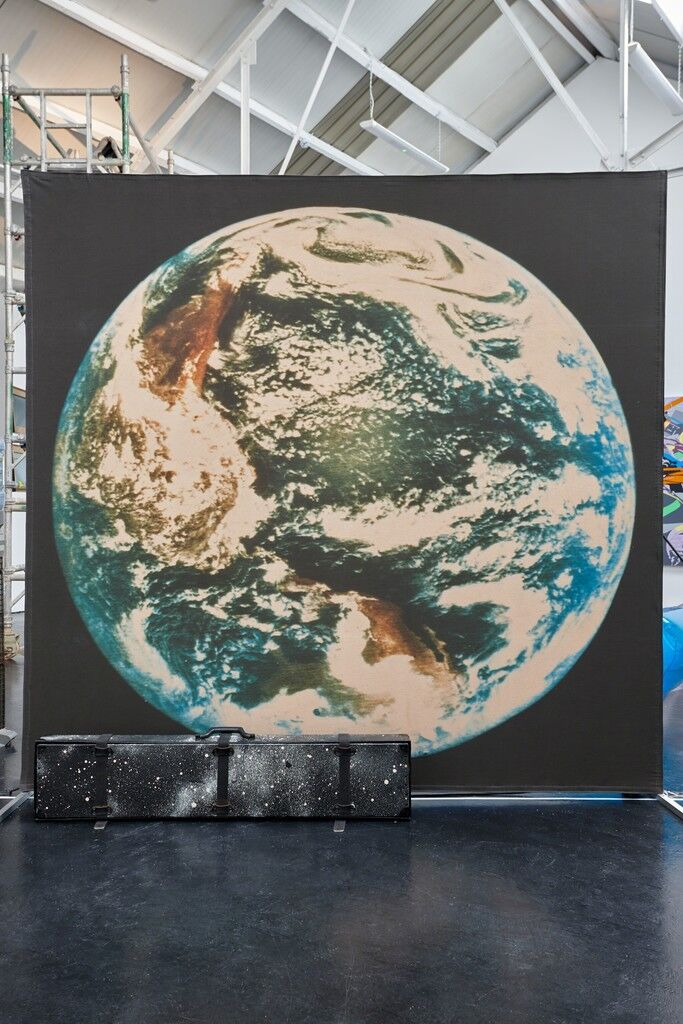 Death of a salesman (Mort d’un commis-voyager), 1998
Ellis King
Dublin’s Ellis King gallery kicked off its fall season with an ambitious, experimental show with more than 40 works by 27 artists spanning nations, generations, and mediums. Intriguingly titled “System of a Down,” the show takes at its starting point the systematic process of organizing and installing an exhibition. Considering that there were five people involved: artists
Francisco Cordero-Oceguera
and
Emanuele Marcuccio
and curators Michele D’Aurizio, Pierre-Alexandre Mateos, and Charles Teyssou, the resulting arrangement of works was as much about the challenges of working together as a group as the curatorial parameters they gave themselves, which included medium, socio-cultural message, and aesthetics. The roster of artists they included is surprisingly varied, ranging from well-known makers like
Lisa Ruyter
and
Vito Acconci
, to more emerging figures like New Mexico artist
Puppies Puppies
. Mounted in steps over the course of four days, the curators began by restructuring the gallery’s architecture into a space inspired by Dublin’s St. Patrick’s Cathedral, the largest cathedral in Ireland. They re-envisioned the gallery’s space by applying a grid to the floors with strips of white tape. This blueprint demarcated different “rooms” in which to display the art. The group then brought in exhibition infrastructure (spotlights, screens, scaffolding) and discussed how to shape each unit of space as a mini-show within the overarching exhibition. Through compromise and, as the gallery describes, a measure of disorder, the show ultimately came together in ways that were meant to mirror the vagaries of life and nature. Modesty, 2015
Ellis King
Among the works that stand out are
Hayley A. Silverman
’s soup bowl sculptures set upon a mantelpiece with no accompanying fireplace. Each bowl contains a meal rendered in polyurethane as well as little figures and objects ensconced within. Among the snap peas and carrots in the bowl titled Fortitude (cold/wet) (2015), for example, three coal miners  go about their laborious work. In Understanding (2014), two young girls sit harmoniously side-by-side at the center of a soup of noodles and mussels—modeling, perhaps, the place that the organizers of the show had to reach in order to successfully achieve their ambitious plan. Emmanuel Marcuccio, meanwhile, contributed a series of perforated powder-coated steel and aluminum abstractions.
—Karen Kedmey
“System of a Down” is on view at Ellis King, Dublin, Sep. 12 – Oct. 17, 2015.
Follow Ellis King on Artsy.
Related Stories