Artsy Editors
Nov 16, 2015 7:45pm
Surveying the tribal art market from 2000 to 2015, a recently released Artkhade and Art Analytics report revealed exceptionally positive results for the category, documenting a growing trend towards multi-million-dollar auction sales and the increasing domination of the market by high-end works. The study amassed a wide range of data to document tribal art’s growth as a sale category—though it still lags far behind the dominant Modern, Post-War, and Contemporary art segments of the market. Here, we have selected seven key figures from the report’s pages to explore what they tell us about the future of this “niche” market. 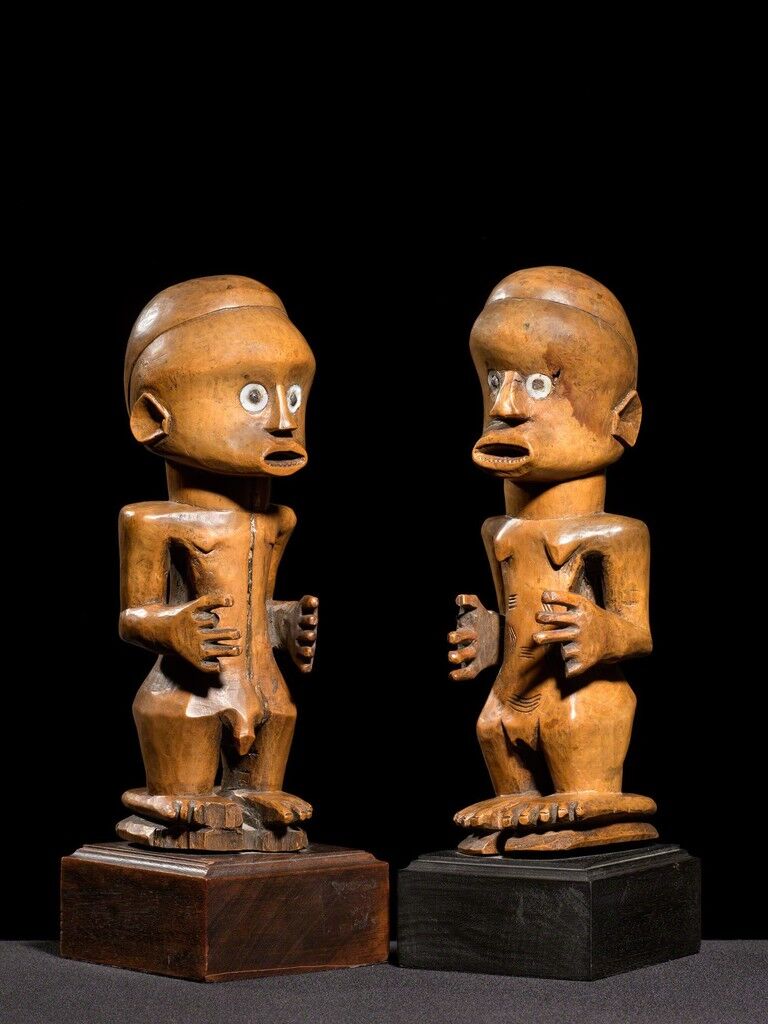 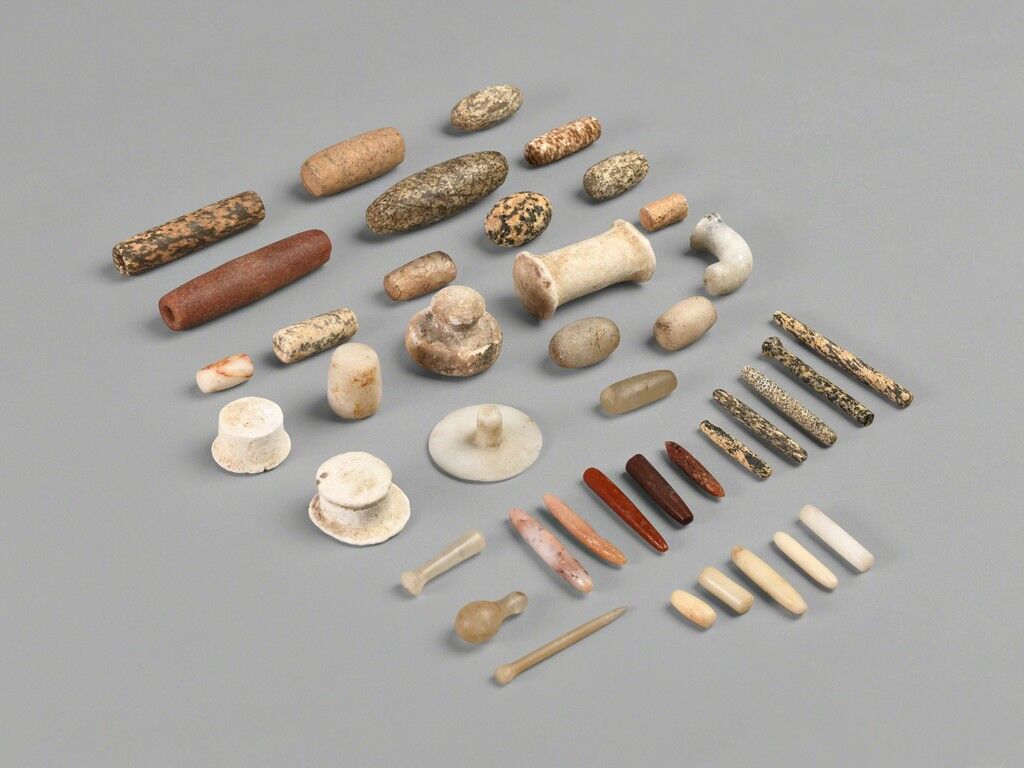 The tribal art market witnessed record sales in 2014, achieving €92.1 million from works sold at auction. Demonstrating the upward trajectory of the market, this result well surpassed the €52.8 million sold just one year previous, in 2013, never mind the €13.7 million of tribal art sold in 2001.

The year 2006 stands out as a particularly strong one for auction sales, thanks in part to the opening of the Musée du Quai Branly in Paris. The institution, which welcomes approximately 1.5 million visitors a year and houses 1.2 million objects, seems to have significantly influenced sales of tribal art in France, the Artkhade report argues. The enthusiasm surrounding the opening of this institution—dedicated to the arts of Africa, Oceania, Asia, and the Americas—coincided with the sale of the Collection Vérité at Paris’s Ventes Enchères Rive Gauche. The sale totalled €44 million, and featured works amassed by father and son Pierre and Claude Vérité. The most successful lot, a Fang mask from Gabon, sold for €5.9 million, setting the world record for a sale of tribal art. (This record was later surpassed in 2010 and in 2014 at Sotheby’s sales.)

The average price achieved for a work of tribal art at auction has grown from €16,645 in 2000, to €20,878 in 2001, and on to €30,000 in 2012. While this growth, in itself, demonstrates excellent progress, it hides some exceptional sales. The top sale of
African art
at auction was achieved by a Senufo Female Statue (deble), from the Ivory Coast or Burkina Faso, which sold at Sotheby’s New York in 2014 for €9,686,946. Indeed, all of the Top 50 sales within category fetched prices above a million dollars, a trend which wasn’t entirely replicated in the noticeably more modest sales of
Oceanic art
. Nevertheless, the top result in that category, Figure de Faîtage Ceremonielle Biwat, from Papua New Guinea, sold at Christie’s Paris in 2013 for €2,505,500, an impressive result. This data has led some to propose that the increasing health of the economy in sub-Saharan Africa is helping to boost sales in the African art domain. 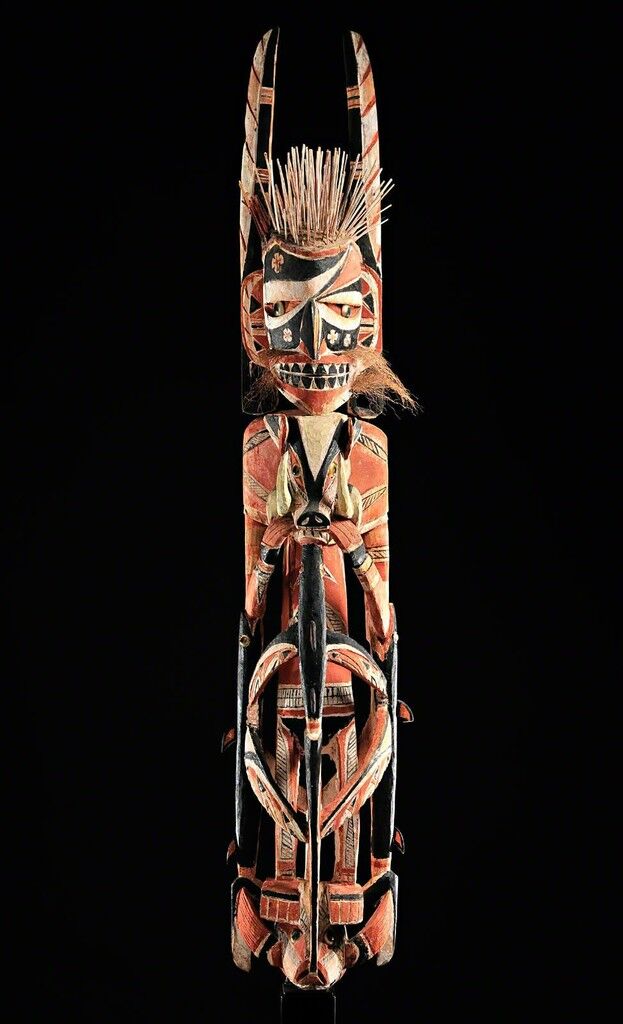 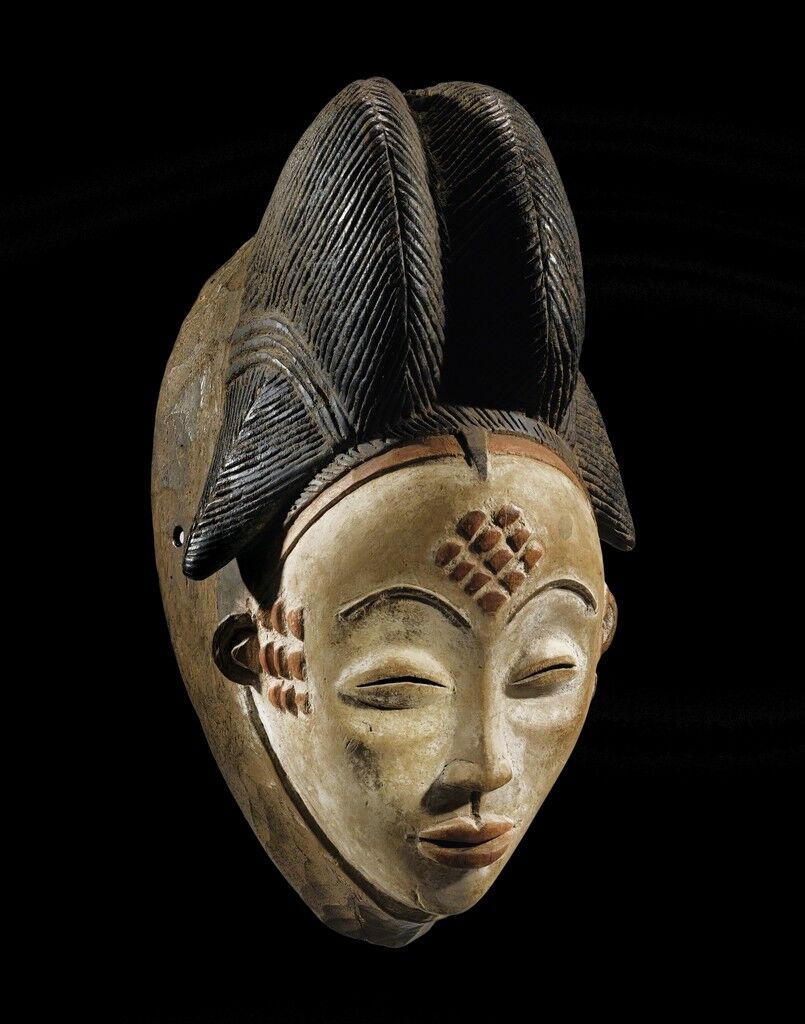 €39 million | Sotheby’s and Christie’s do battle

In 2014, 14 lots achieved results north of the million-euro mark. Together, these 14 works brought in €39 million, an impressive sum representing 42% of the annual total for the tribal art market. Sotheby’s sold 13 of these works, achieving €37.8 million. Christie’s, on the other hand, had no sales attain the million-dollar category in 2014, just one instance of a recurring inequality between the two auction houses.
Sotheby’s has shown itself to be consistently stronger in the domain of tribal art sales, presenting 13 out of the 20 highest sales of African art and 15 out of the 20 highest sales of Oceanic art. Christie’s, in comparison, has sold two of the top 20 African art sales, and three of the top 20 Oceanic art sales. One explanation for their success, according to Artkhade, is the targeted sales strategy Sotheby’s employs, which focuses on the upper market and “conduct[ing] sales at the right place [and] the right time.” The strategy allows Sotheby’s to obtain especially prestigious lots, explaining the auction house’s hold over the most expensive sales. The rivalry endures, however, as Christie’s holds the record for the highest-selling work in the category of Oceanic art (the aforementioned Figure de Faîtage). Christie’s also boasts a higher percentage of lots sold—74% to the 70% held by Sotheby’s.

Despite such positive auction results and encouraging growth indicators, tribal art remains a niche market and has very little impact on the secondary market as a whole. Sales of tribal art (€92.1 million in their peak year of 2014) account for just 0.68% of the total auction sales volume of art. Impressive though this record may be relative to the category’s past performance, it is meager in comparison to the amount achieved by sales of Modern art over the same period, which totaled €3.68 billion. The report suggests a number of theories to explain this disparity: the absence of speculation in this specific market, the intellectual rigor required to collect tribal art, and the rarity of the works, which keeps the market at a relatively small-scale.

€45.4 million | Collections bring in the money

The release of a number of significant private collections onto the secondary market has resulted in the greatest successes at auction for tribal art. In 2014, Sotheby’s sold items from the Frum Collection (Paris) and the Myron Kunin Collection (New York) for a joint total of €45.4 million (or €7.5 million and €37.9 million respectively), 63.8% of the house’s annual result in the category. As previously mentioned, the Pierre and Claude Vérité Collection, selling at Paris’s Rive Gauche for €44 million, was a landmark sale for the genre. Likewise, the Hubert Goldet Collection at François de Ricqlès in 2001 also produced remarkable results, achieving €13.7 million. 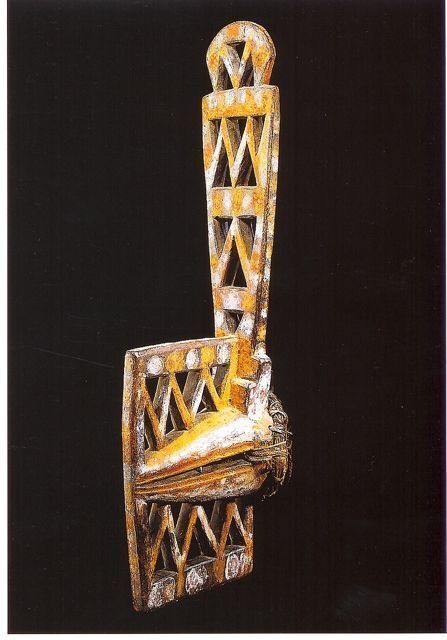 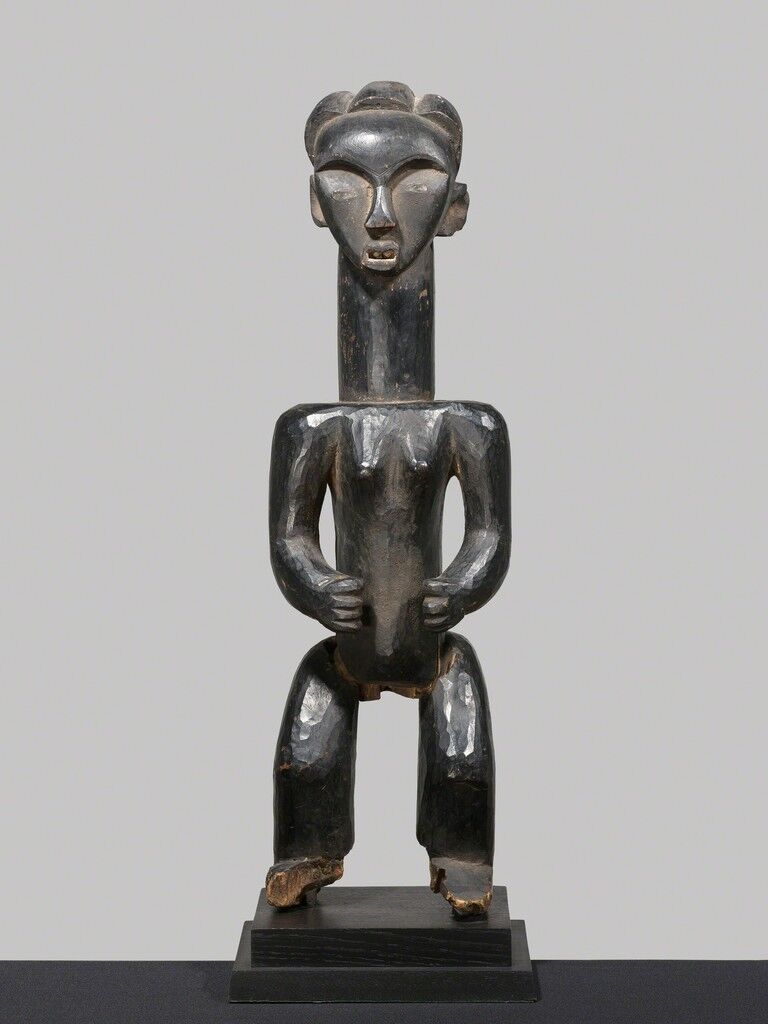 Of the 73 sales of works to have achieved totals over a million euros in the past 15 years, 45 have taken place in France, 27 in the United States, and one, in 2012, in Belgium. These figures are a stark reminder of the significance and the power of the French and American markets. (Though it’s worth noting that this imbalance could be attributed by a lack of tribal art sales by Christie’s and Sotheby’s in Belgium.) The figures also demonstrate France’s dominant share of the overall number of works sold in the category at auction. From 2000 to 2014, the United States saw approximately 15,500 works go up for sale at auction, bringing in total sales of €242 million. France, however, exceeded this figure, seeing 27,246 lots hit the auction block, with sales totalling almost €370 million. Yet France’s larger volume perhaps comes with a downside: the U.S. boasts an average price of €15,612, beating out France’s €13,580.
—Katharine Worley, Clément Thibault, and Pierre Naquin
Related Stories