At the Brooklyn Museum, Tracing the History of Lynching in America 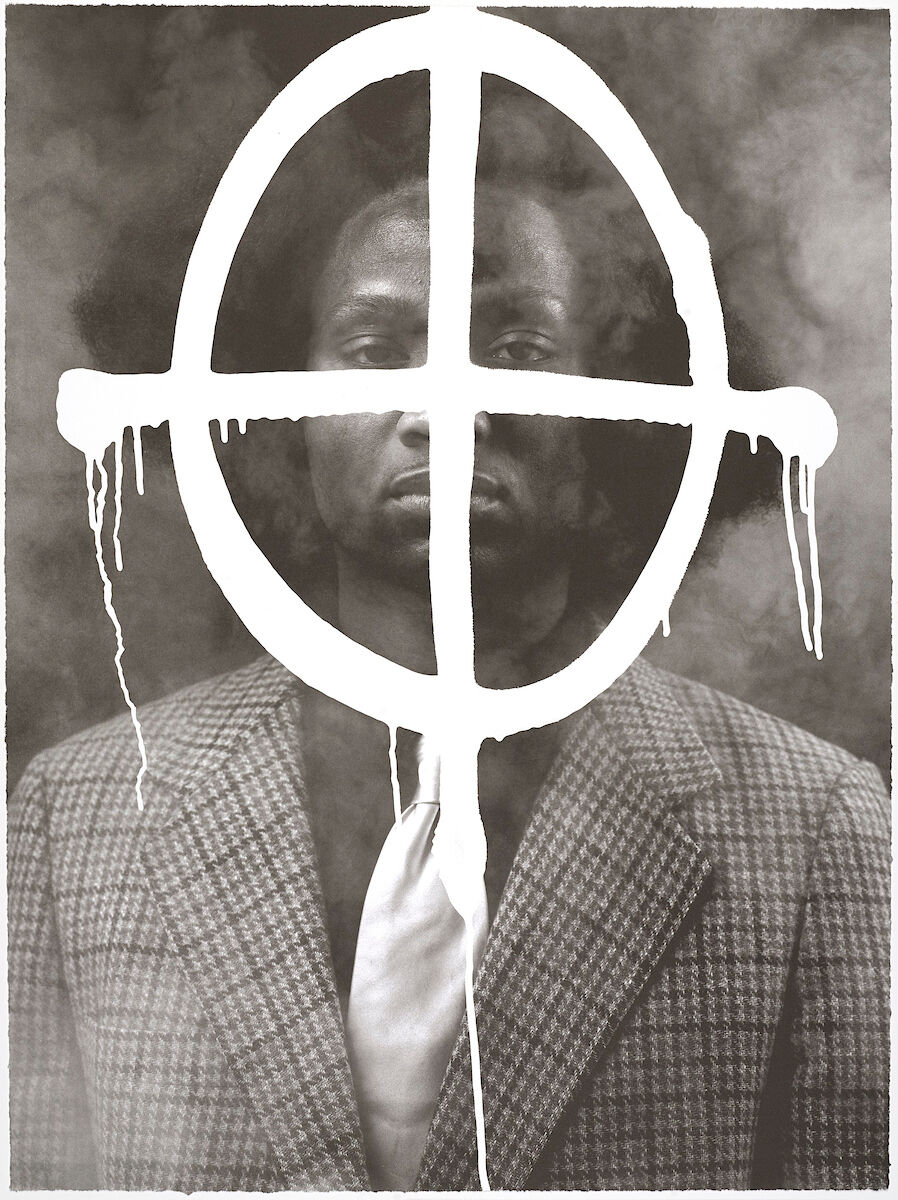 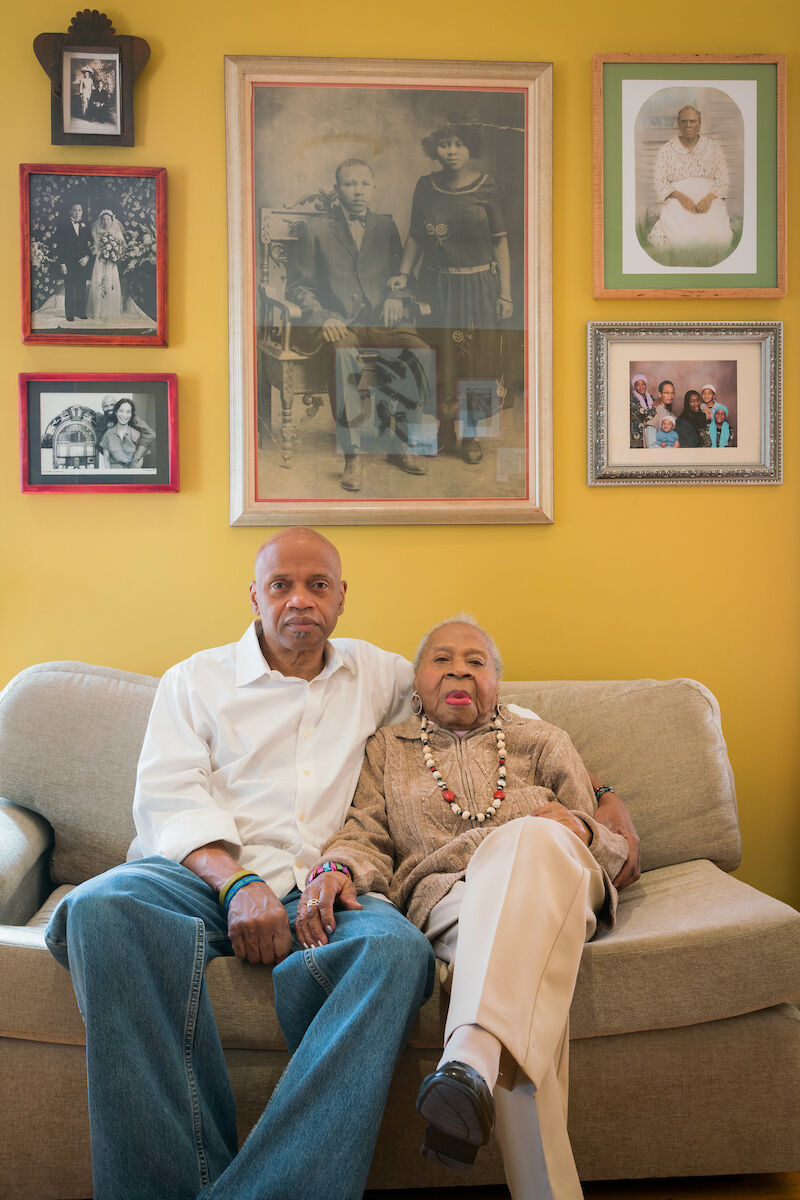 Tarabu Betserai Kirkland at home in Los Angeles with his mother, Mamie Lang Kirkland, 109, who fled Mississippi at age seven. 2017. Photo by Kris Graves for the Equal Justice Initiative.

Upon entering the Brooklyn Museum’s latest exhibition, “The Legacy of Lynching: Confronting Racial Terror in America,” you’ll first encounter a seemingly vintage black-and-white photolithograph of an African-American man, a white target painted over his face.
The image is, in fact, not a relic of a bygone era; it depicts the contemporary artist
Rashid Johnson
, in the guise of Thurgood Marshall, the first African-American Supreme Court justice, who oversaw the key ruling on Brown v. Board of Education in 1954. Assuming the appearance of a Civil Rights-era justice, Johnson suggests in Thurgood in the Hour of Chaos (2009), as the wall text notes, that when it comes to race in America, little has changed.
“Legacy of Lynching” makes the argument throughout that the brutalities of American slavery have continued in other forms, the mob lynchings of the Reconstruction era transmuted into the mass incarceration and public killing of black Americans at the hands of the police. (The title of Johnson’s work refers to Public Enemy’s “Black Steel in the Hour of Chaos,” a song that addresses the structural racism at the core of the American prison system.)
The exhibition is a collaboration between the museum and the nonprofit Equal Justice Initiative (EJI), with technological support from Google, and includes interactive heat maps tracing the stories and locations of lynchings in the U.S. between 1877 and 1950 (of which there were over 4,000 in the South alone), personal accounts from the descendants of black Americans who were killed in acts of white terrorism, and artworks from the Brooklyn Museum’s collection that address our country’s continuing legacy of institutionalized racism. 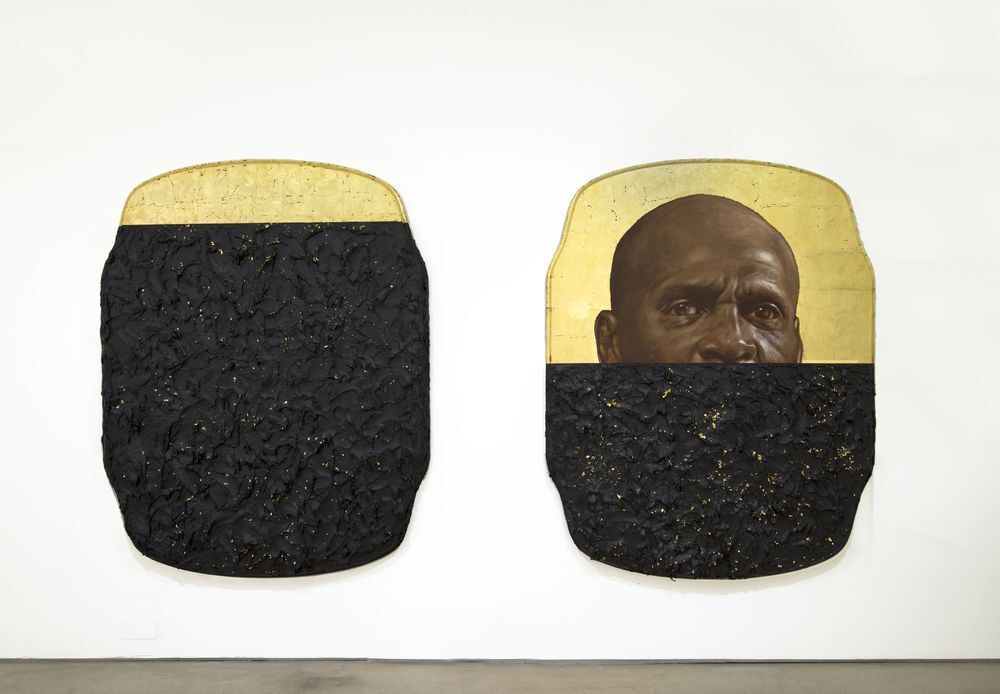 In a series of videos playing throughout the exhibition, we see Bryan Stevenson, the founder of EJI, who stresses that in order to solve racial injustice in our society, we must fully face America’s past. That means adequately remembering, and making visible, the individual stories of those that lost their lives in public killings. His sentiments are underscored by a line from Maya Angelou that appears on one wall: “There is no greater agony than bearing an untold story inside you.”
The United States has never undertaken a South Africa-style truth and reconciliation commission, offered reparations to the descendants of slaves, or built any national monument to slavery. In an effort to bring light to bear on the truth of the country’s past, and to honor its victims, EJI has undertaken an ambitious project, placing markers at the locations of every lynching documented in their landmark 2015 report detailing the stories of public, racially motivated murders that took place in the country between 1877 and 1950. (For Stevenson, the word “lynching” includes any such murder that took place in the public realm with the obvious intention of asserting white supremacy and cultivating fear.)
EJI’s larger initiative includes plans to build a memorial and a museum about slavery in Montgomery, Alabama, slated to open in 2018, as well as the gathering of oral histories from victims of racial terror and their descendants, some of which feature here at the Brooklyn Museum. (They also appear in the EJI’s extensive online resource Lynching in America.) 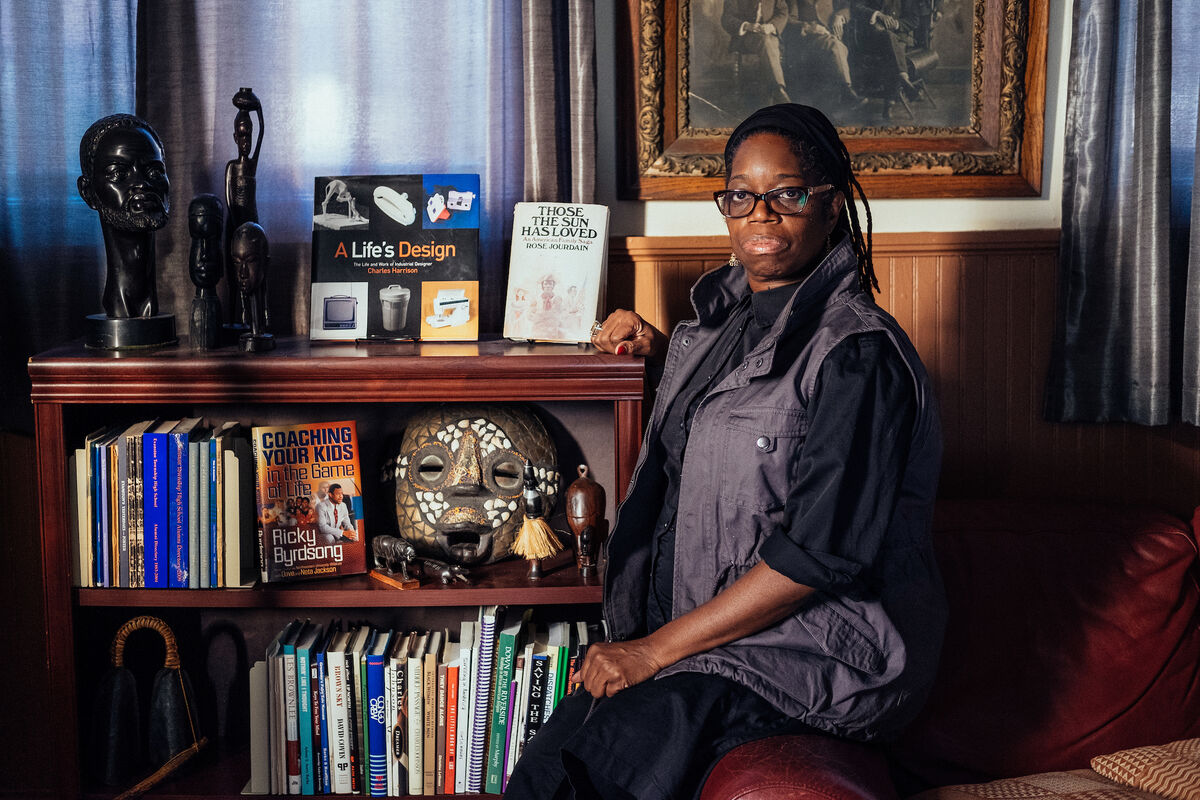 Advertisement
Among those personal accounts is that of Doria Dee Johnson, the great great granddaughter of Anthony Crawford, who was lynched in 1916 in Abbeville, South Carolina. His offense? Cursing in front of a white man.
Last year, on the 100th anniversary of his death, EJI installed a plaque dedicated to Crawford’s memory at the site of his murder. “The story has been denied for so long,” Johnson says in the recording, “but now, if you go to the Abbeville city hall to do business, you have to walk right by Anthony Crawford to do it. You can’t bypass him anymore.”
Some of the artworks on view at the Brooklyn Museum also memorialize or etch out a place for African-Americans in the (art) historical record. Such is the case with
Jack
Whitten’s
Black Monolith II (for Ralph Ellison) (1994), dedicated to the author of Invisible Man. Part of a series Whitten made in homage to major black cultural and political figures, the work is composed of handmade tiles that contain materials like molasses, copper, and chocolate. A black silhouetted figure at its center is surrounded by a halo of pale blue light and inflected with colorful accents that give him a subtly iridescent, complex, and live quality. 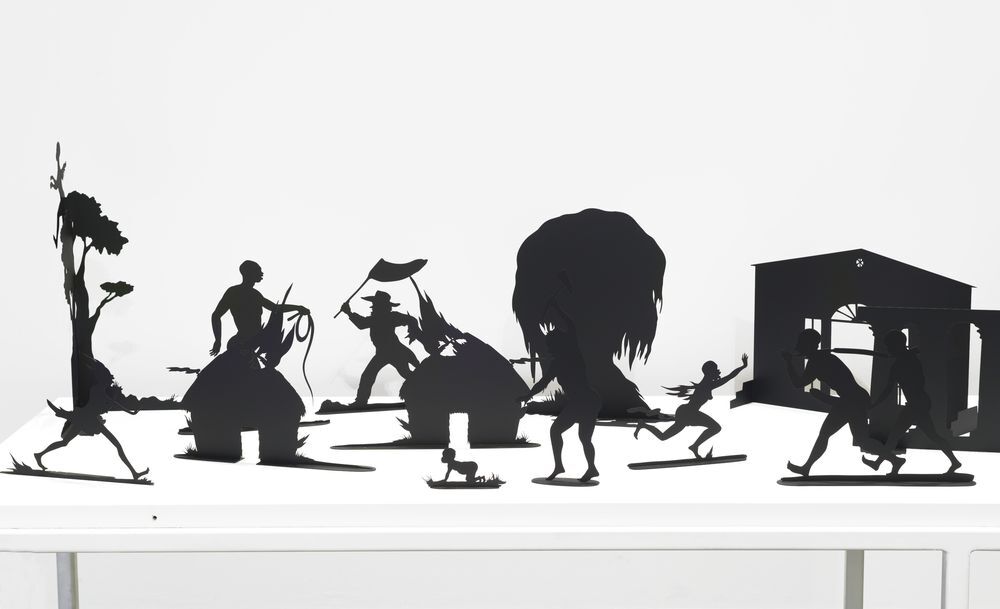