The Most Expensive Artworks Sold at Auction in 2017

Anna Louie Sussman
Dec 26, 2017 8:00am
For art market aficionados, it’s hard to imagine 2017 being remembered as anything other than “that time when someone bought a painting for $450 million.” The sale of
Leonardo da Vinci
’s Salvator Mundi for nearly half a billion dollars, despite some murmurs about its authenticity and hefty restoration, set a new global record. It came just a few months after Japanese collector Yusaku Maezawa spent $110.4 million (all prices include fees unless otherwise noted) on a painting by
Jean-Michel Basquiat
, unseating
Andy Warhol
as the most expensive American artist at auction.
There were plenty of other big-ticket items sold at auction in 2017—enough of them, in fact, to signal that the world’s wealthiest are starting to feel more comfortable opening up their freeport storage units and trading eight- and nine-figure tchotchkes amongst themselves again, after a market dip in 2015 and a 2016 marked by complaints about a dearth of supply. 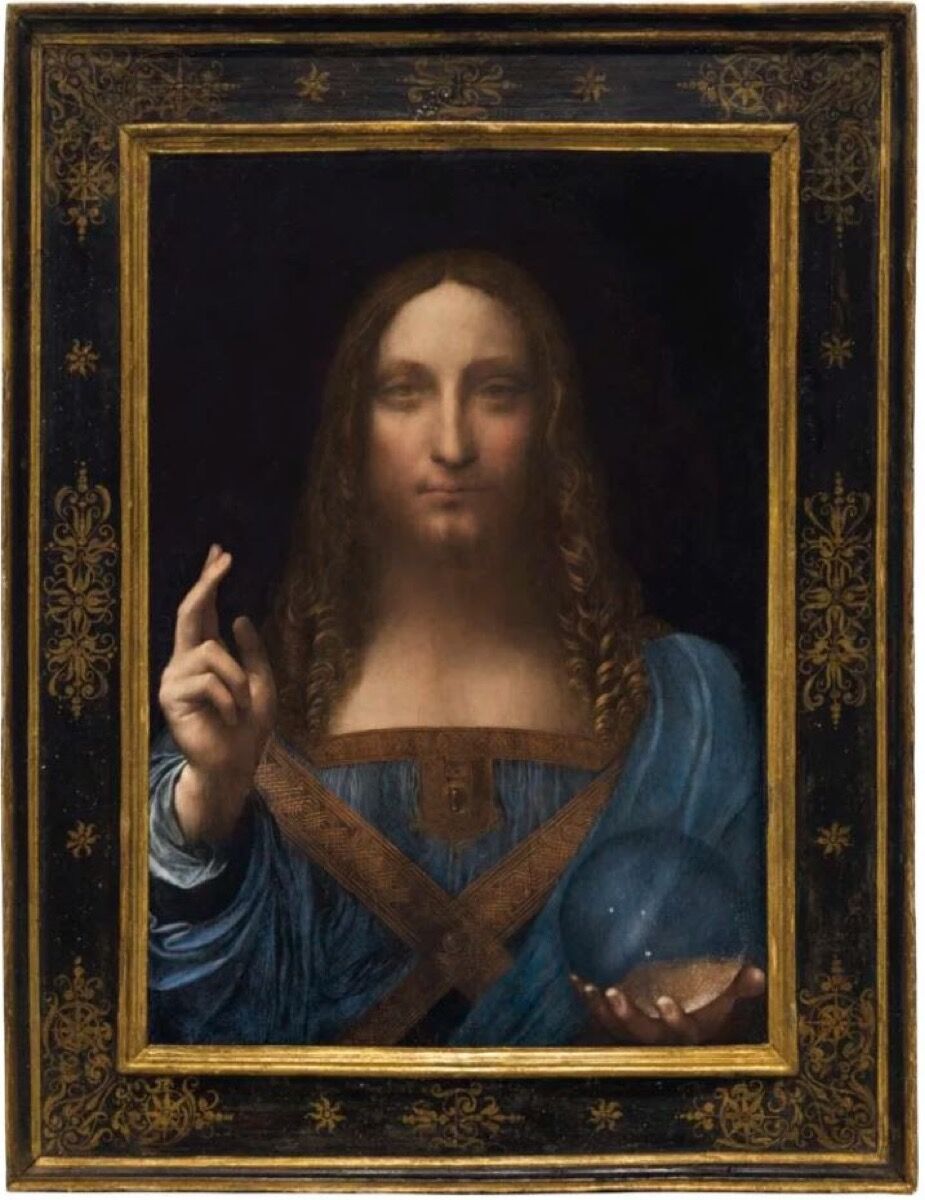 Christie’s took marketing to a new level as it pitched Salvator Mundi as “the last da Vinci in private hands,” taking the piece on a world tour from San Francisco to Hong Kong and commissioning an ad by top agency Droga5 that didn’t show the painting at all. At the auction house’s headquarters in New York, the work was displayed alone in a sleek black-walled room that created a sense of spectacle and reverence. The crowds turned out, with some people waiting over an hour to glimpse the work. Whether the high price was due to the marketing, the prestige, or some murky Gulf region geopolitics, we’ll never know, but the painting was reportedly purchased by Saudi Crown Prince Mohammed bin Salman Al Saud and will be exhibited in the newly opened Louvre Abu Dhabi.

Twelve small ink-brush paintings by
Qi
, Twelve Landscape Screens, sold in December for $140.8 million (931.5 million yuan) at Poly Beijing, setting a record for a Chinese work of art sold at auction. One of his works, Eagle on Pine Tree (1950), had sold in 2013 for $55 million in Beijing, and various pieces by Qi sold for more than $230 million overall in 2016, according to The Guardian. 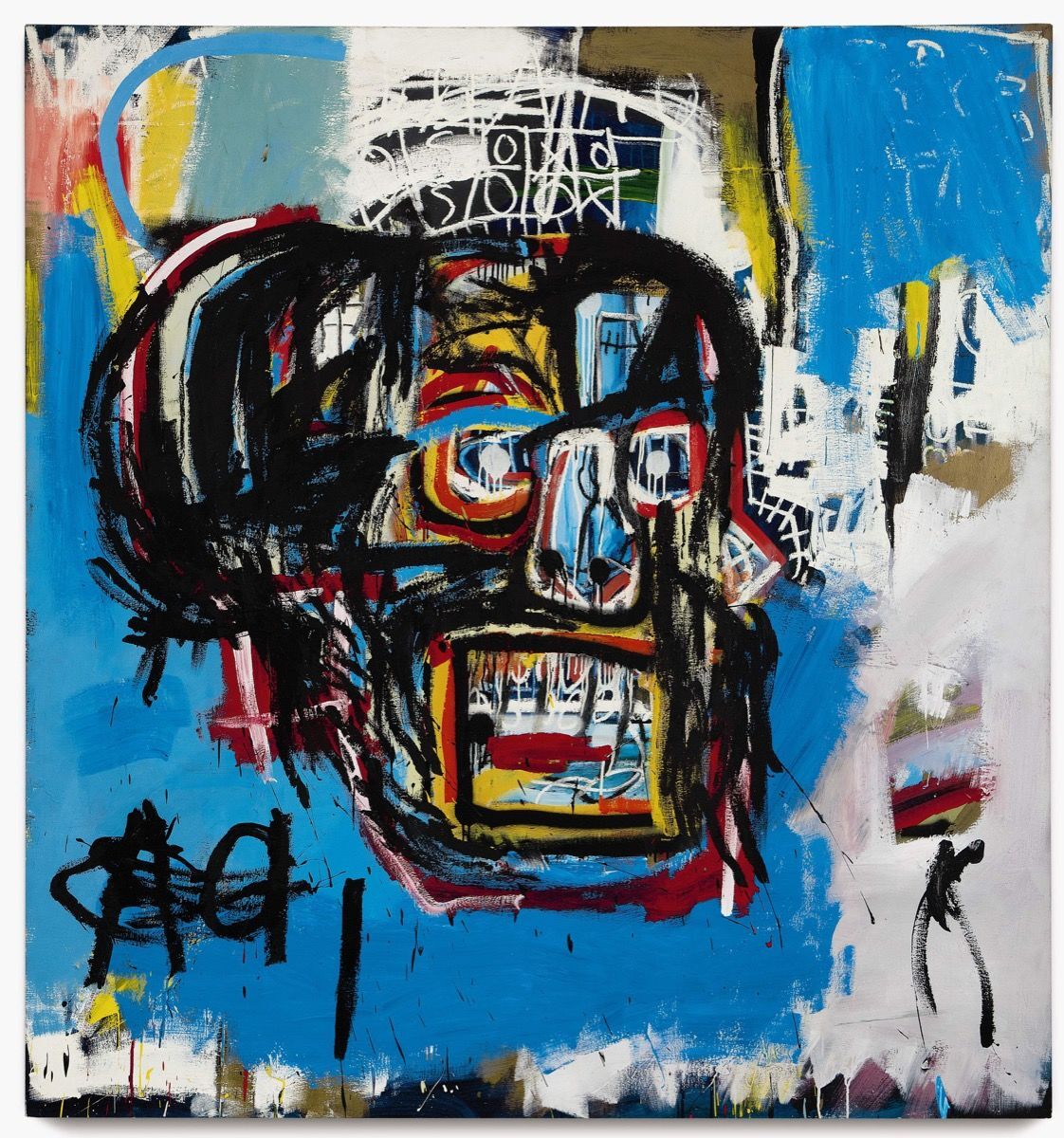 Advertisement
The large, intense canvas of a skull on a bright-blue background had not been publicly exhibited in 35 years, according to Sotheby’s, and had been in the collection of Emily and Jerry Spiegel since it was purchased at Christie’s in May 1984 for $19,000. It was handed down to one of the couple’s two daughters, following the deaths of both Mr. and Mrs. Spiegel in 2009. Bidding began at $57 million, a sum that sounded a little cheeky at first, and drew murmurs from the crowd. The murmurs morphed into gasps as that figure, and with it Basquiat’s record, receded into history and the bidding soared. Almost immediately after the gavel fell, Yusaku Maezawa posted a photo on Instagram of himself taken with his prize during a previous trip to see it in New York. “When I first encountered this painting, I was struck with so much excitement and gratitude for my love of art. I want to share that experience with as many people as possible,” he wrote. Maezawa’s $110.4 million purchase, and a previous record-setting Basquiat purchase from 2016, are both destined for public display in Japan. 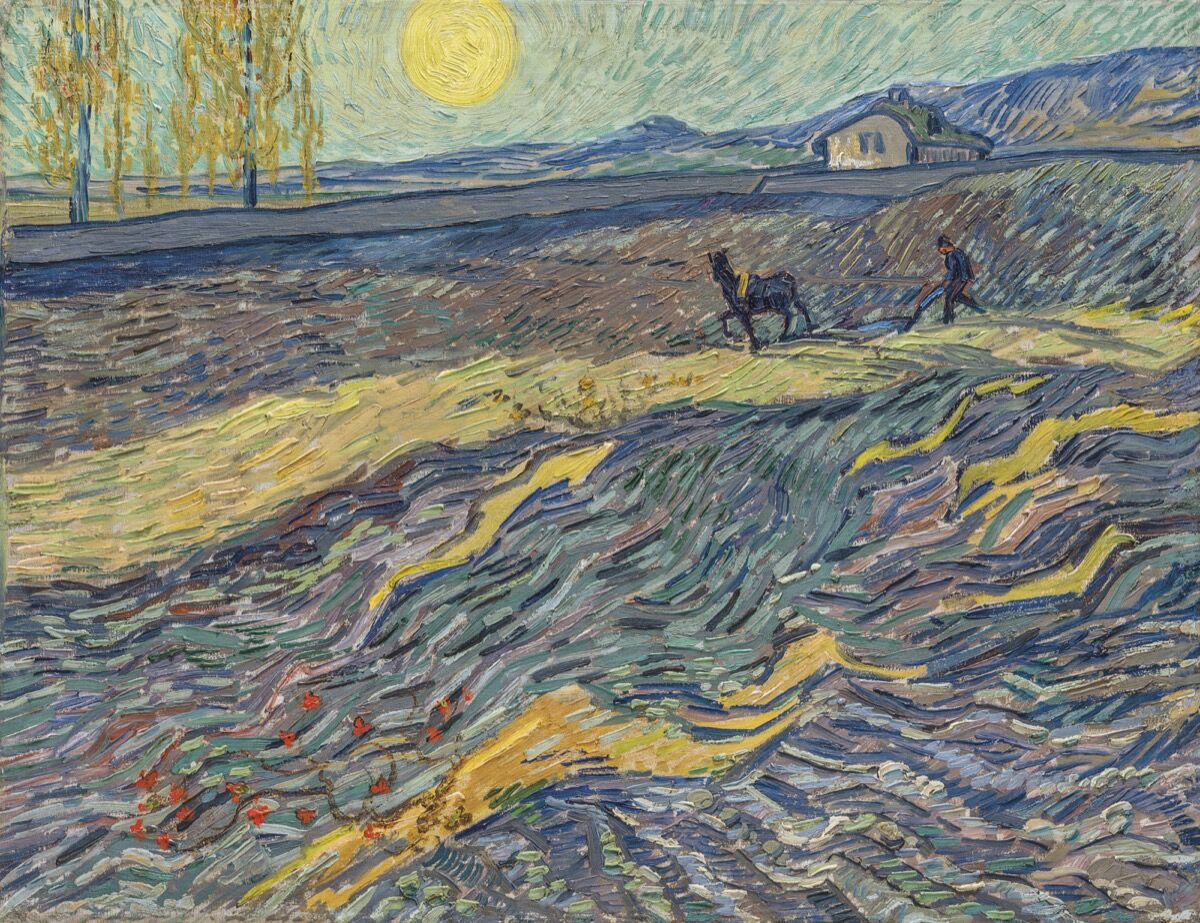 Van Gogh
’s dazzling landscape Laboureur dans un champ was painted in early September 1889 after his doctor permitted him to return to painting following a series of mental breakdowns. The painting depicts van Gogh’s view from his asylum in Southern France, and came from the collection of Texas oil billionaires Nancy Lee Bass and Perry Richardson Bass. Put on the block without a guarantee at Christie’s New York sale of Impressionist and Modern art in November, it took an early jump from $44 million to $55 million, courtesy of a client on the phone with Christie’s chairman for the Americas Marc Porter. The painting eventually got hammered down at $72 million, coming to $81.3 million with fees, roughly one million shy of the artist’s $82.5 million record, thanks to a spirited back and forth between Christie’s Asia president Rebecca Wei and Porter, eventually landing with Wei’s phone bidder. 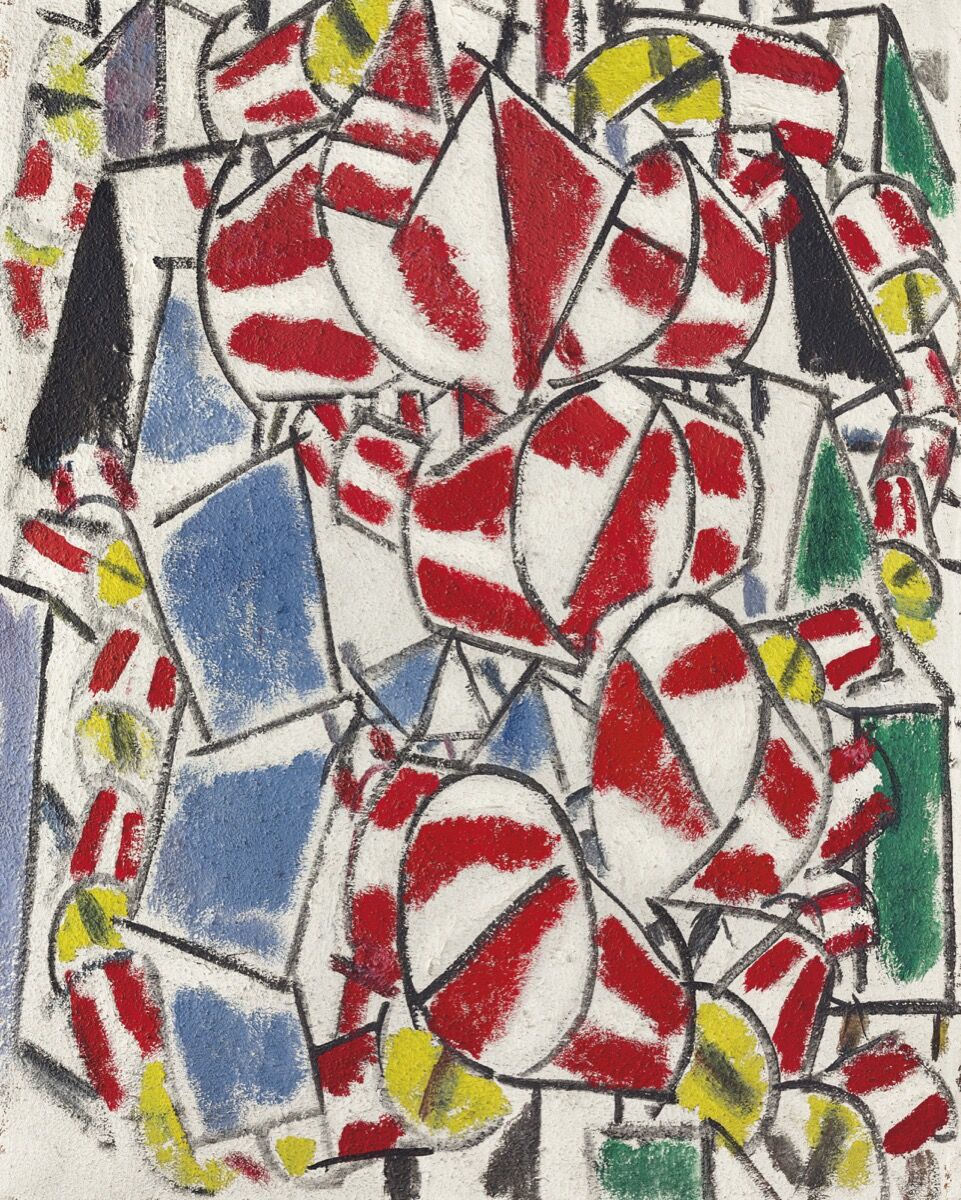 Like the van Gogh painting,
Léger
’s Contraste de formes also went up for sale without a guarantee in New York’s November sale at Christie’s, following an embarrassment at the house’s early October London sale when a star lot, a 1971
Francis Bacon
painting, failed to reach its reserve and went unsold in the absence of a guarantee. Léger’s canvas, painted at a pivotal moment in the artist’s career, not only sold for $70 million, but smashed the record for the artist, previously set at $39.2 million by La femme en bleu (study) (1912–13) at a 2008 sale at Sotheby’s in New York. 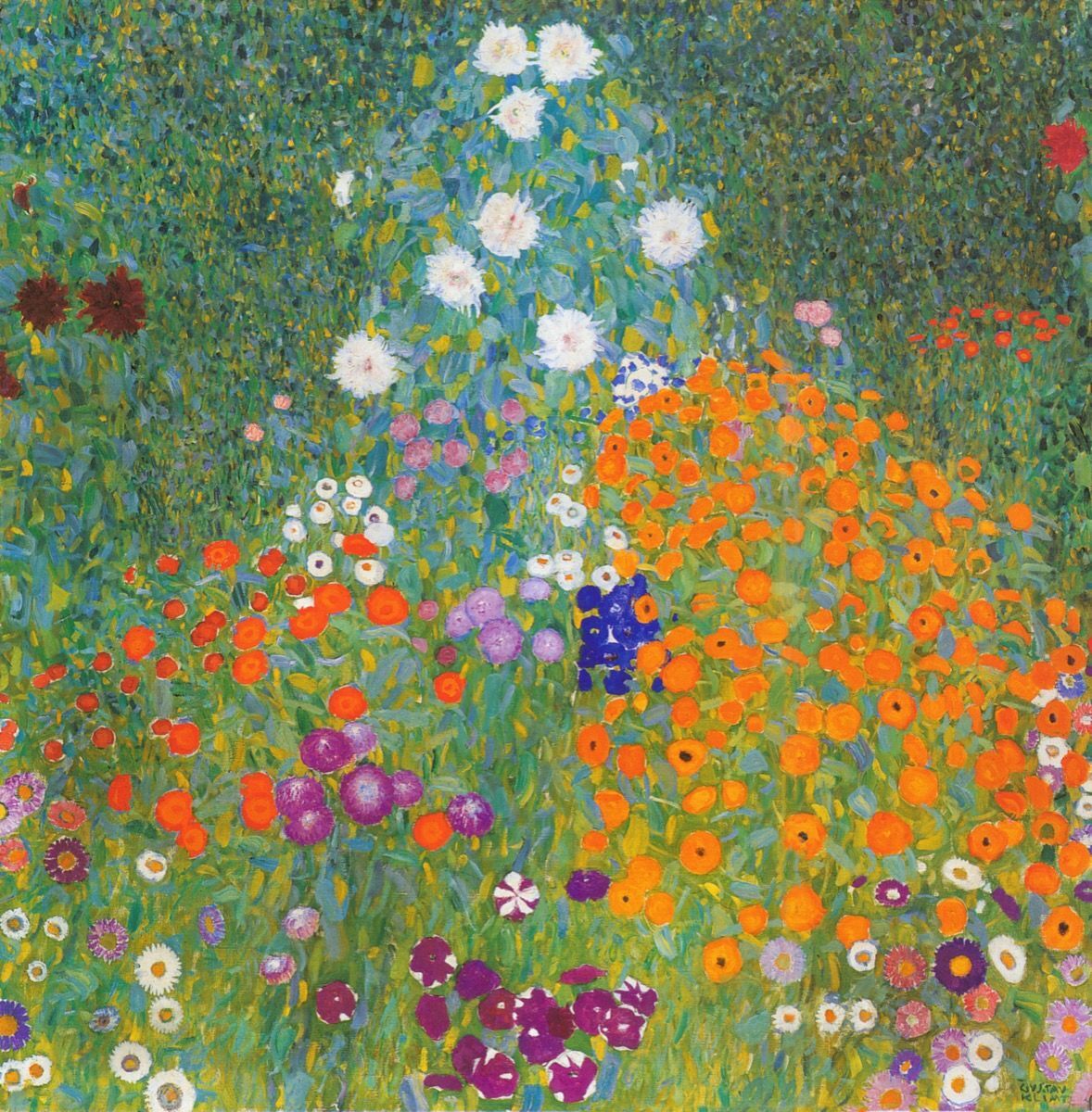 Almost a quarter of the total at Sotheby’s spring London Impressionist and Modern auction total was brought in by
Klimt
’s vibrant garden scene, Bauerngarten, which sold for just under £48 million, or $59.3 million, a record for a landscape by the
Viennese Secessionist
artist and the third-highest price for any work of art sold at auction in Europe. It was guaranteed to sell, having been backed by a third-party guarantor. Two Asian collectors chased the canvas, but it went to the house’s specialist for Austria, as Viennese curator Alfred Weidinger predicted to Artsy that it might. 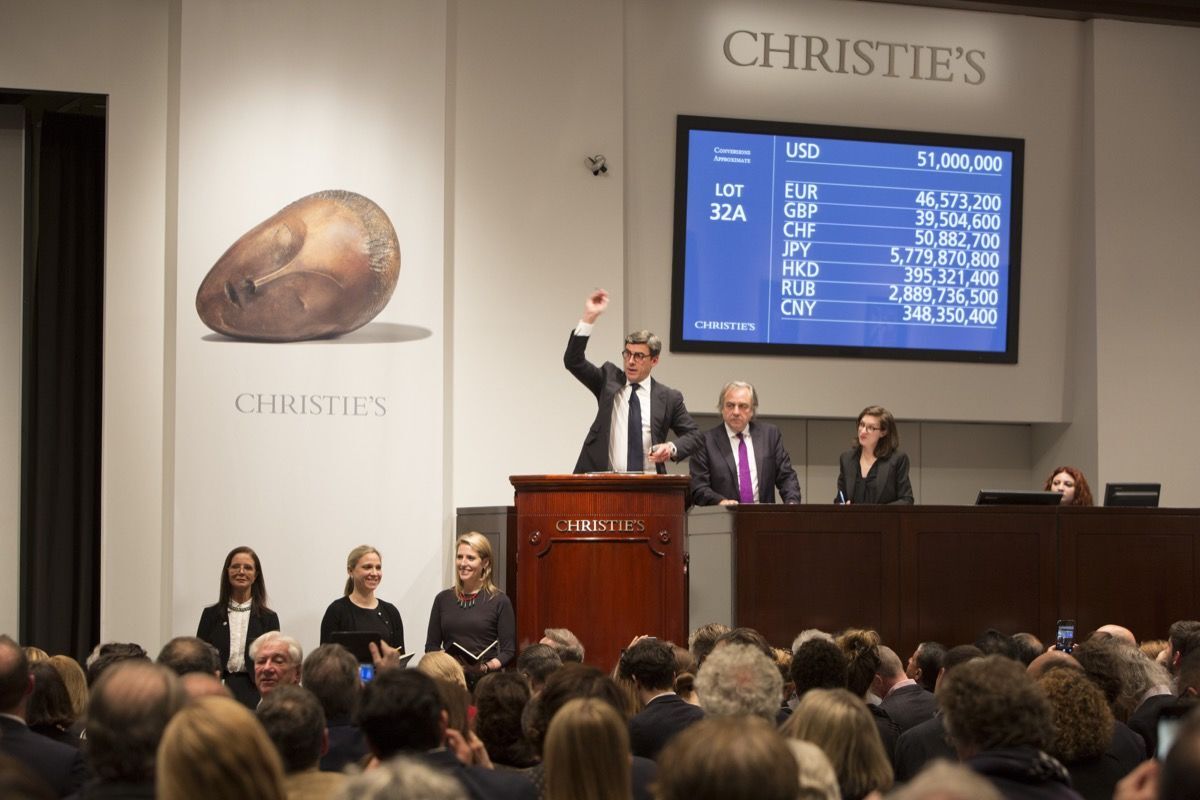 La muse endormie, a bronze egg-shaped sculpture of a head whose partially gilded surface has a matte, mottled effect, in contrast to
Brancusi
’s well-known sleek and polished bronzes, handily beat its estimate between $25 million and $35 million. It sold for $57.3 million at Christie’s Impressionist and Modern evening sale in May and set a new record for the artist. The auction house’s website indicated that this lot was secured with a third-party guarantee, the late addition of which likely raised the estimate from its initial $20 million to $30 million that had been indicated in the printed auction catalogue.

At Christie’s New York evening sale of post-war and contemporary art that took place in May,
Twombly
’s energetic, large-scale canvas Leda and the Swan climbed from the low $30 millions up to a $47 million hammer price, or $52.8 million with the buyer’s premium, a result squarely within its estimate of between $35 million and $55 million. Painted during the artist’s years in Rome, the work appeared on sale for the first time in 30 years.

Bacon
’s triptych had once belonged to famed children’s books author Roald Dahl before passing to the seller who put it on the market at Christie’s this May, where it sold for a total $51.7 million, or $46 million before the buyer’s premium. That fell short of the work’s estimate, provided on request, in excess of $50 million. The portrait was the first painted of Bacon’s lover and muse, who according to (a likely false) legend met the artist while attempting a break-in of his studio.
Anna Louie Sussman
Related Stories