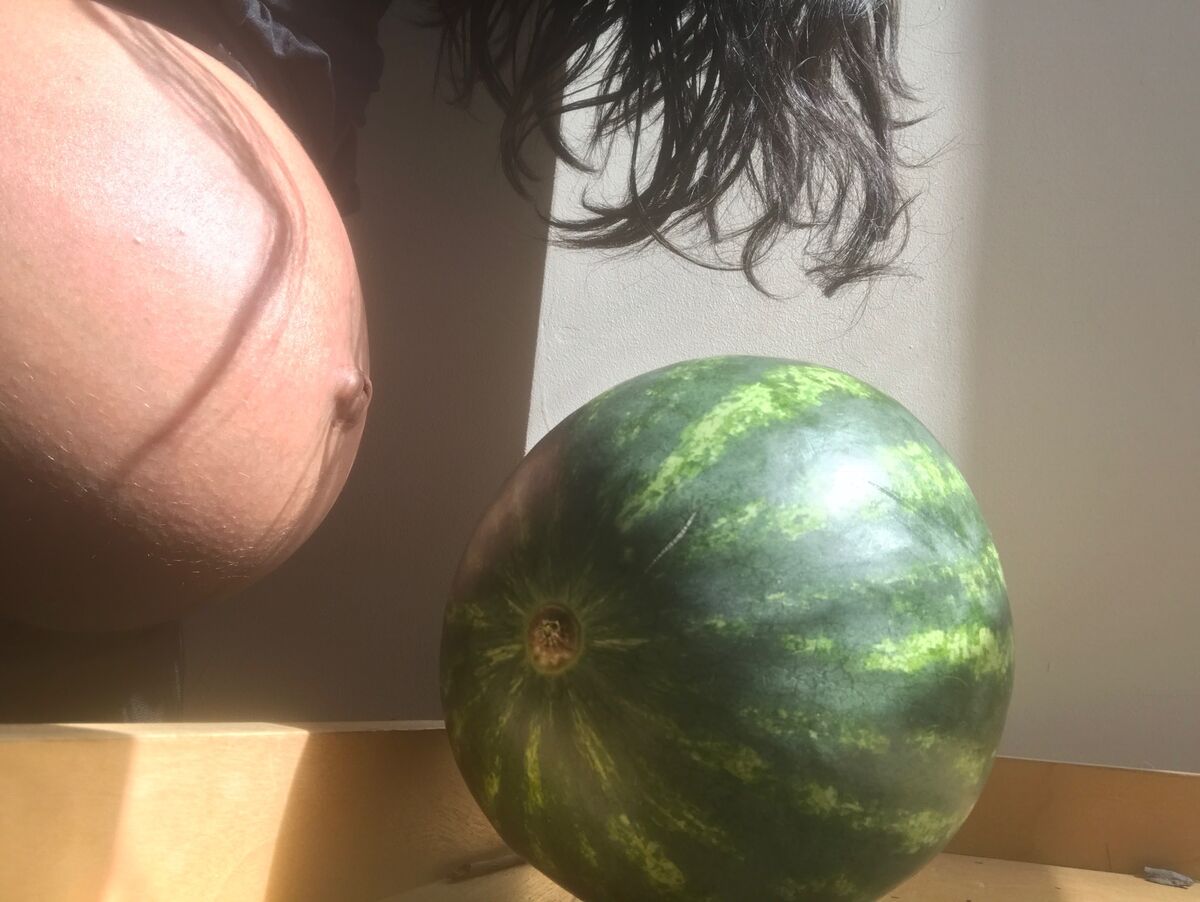 Manjari Sharma, Image from dialogue with Irina Rozovsky, sent 3/13/2017. Courtesy of the Metropolitan Museum of Art. 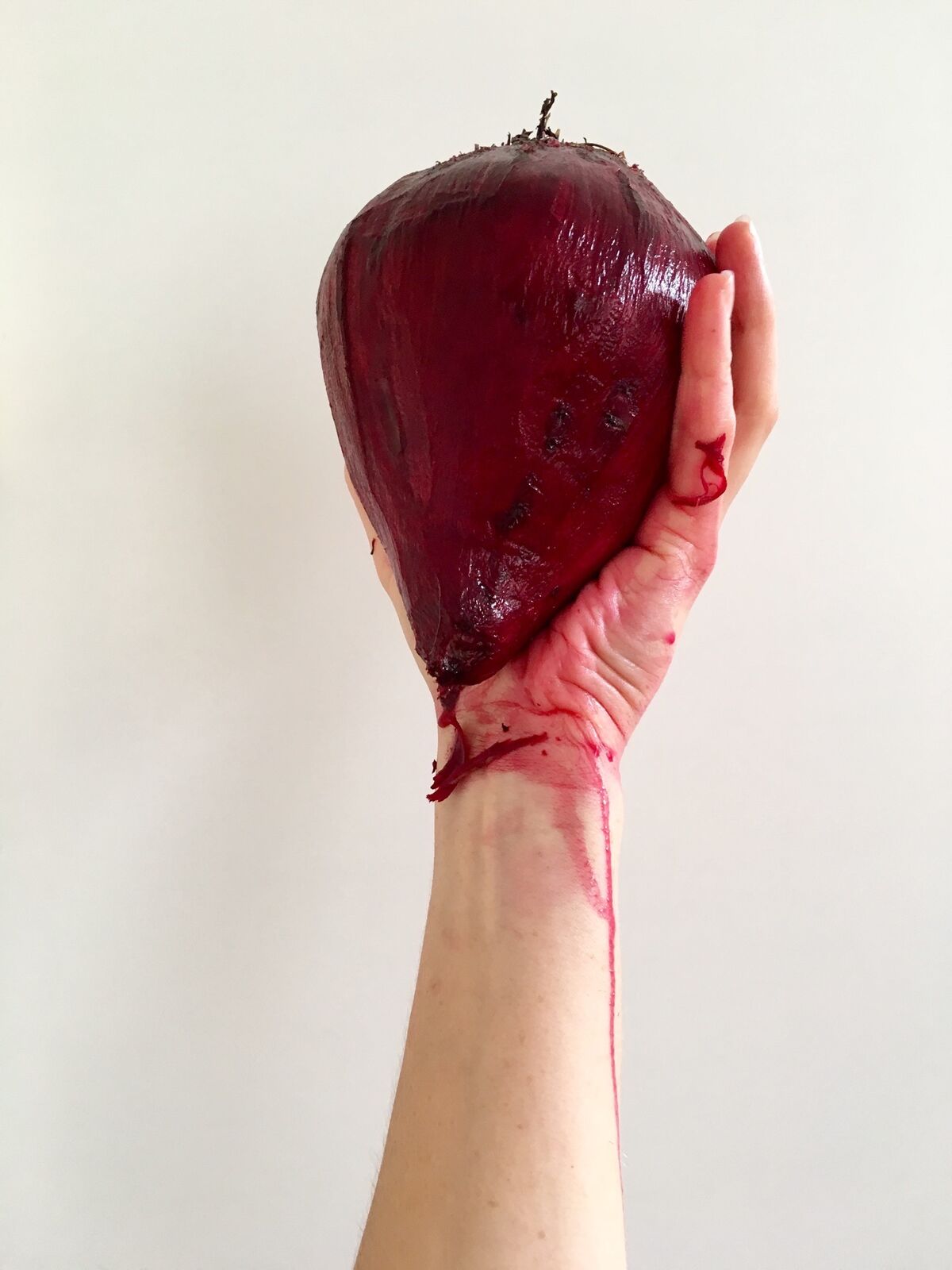 Irina Rozovsky, Image from dialogue with Manjari Sharma, posted 3/19/2017. Courtesy of the Metropolitan Museum of Art.

If you have voyeuristic tendencies—find yourself eavesdropping on conversations between strangers, for instance, or cocking your head to catch a glimpse of someone’s iPhone activities—the Met’s newest exhibition, “Talking Pictures,” is for you.
Walk into a side gallery on the museum’s second floor and you’ll become privy to intimate exchanges between 12 duos of artists. There are no headphones playing recordings of spoken tete-a-tetes, or artists whispering in corners. Instead, you’ll find dialogues that use a medium all too familiar to artists: images.
One wall reveals a ping-pong of photos sent between painter
Nicole Eisenman
and photographer
A.L. Steiner
. No words are shared, but the bent of their discourse is clear: Snapshots of signs held high at the Women’s March converse with a screenshot of a cake iced with Wonder Woman’s crown.
Across the gallery, an exchange of images between photographers
Manjari Sharma
and
Irina Rozovsky
shows sun-kissed glimpses into their daily lives and simultaneous pregnancies. At the end of the room, author
Teju Cole
and filmmaker
Laura Poitras
’s repartee of pictures revolves around political resistance—and comes to an abrupt end when Poitras stops responding to Cole after the 2016 U.S. presidential election.
The exchanges each have a unique cadence, but they’re tied together with the show’s concise curatorial prompt: Have a conversation with another artist over the course of five months—and use only images and videos taken with your iPhone to do it. 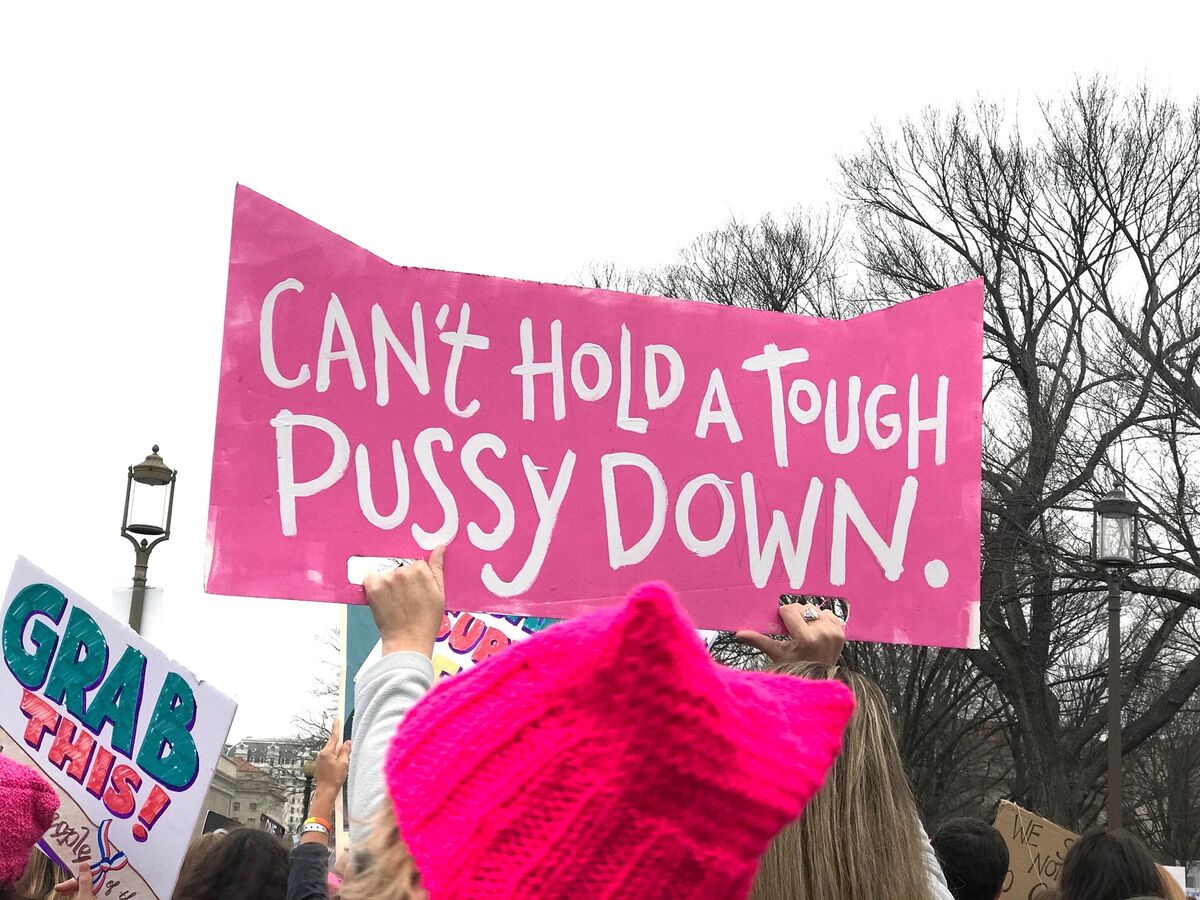 Manjari Sharma, Image from dialogue with Irina Rozovsky, sent 1/25/2017. Courtesy of the Metropolitan Museum of Art.

“Artists have always shared images that inspire them, or images they create, whether postcards were exchanged or photographs of artworks were mailed,” explains Mia Fineman, associate curator in the Met’s photography department, who organized the show. “But cell phones have definitely made the process easier.”
(A concurrent show at New York gallery Carriage Trade is showing candid iPhone photos that artists like
Tracey Emin
,
Wade Guyton
, and
Diana Al-Hadid
shot for their own use.)
Since the dawn of the iPhone and its built-in camera, in 2007, Fineman has been interested in how the tool alters the way we look at, digest, and share images. “It was a major change in photography from a historical point of view; as big a change as the introduction of the Kodak camera was in the late 1880s,” she explains.
“It put the camera in many people’s hands—all the time. And more than anything else, they were using it to communicate with each other.”
As a curator constantly mulling how cultural shifts affect art, Fineman couldn’t help but consider how creatives would be impacted by the technology. In particular, she was curious about how communication with fellow artists might change. So she set about commissioning 12 such conversations. Tony Oursler, Image from dialogue with William Wegman, sent 11/21/2016. Courtesy of the Metropolitan Museum of Art. 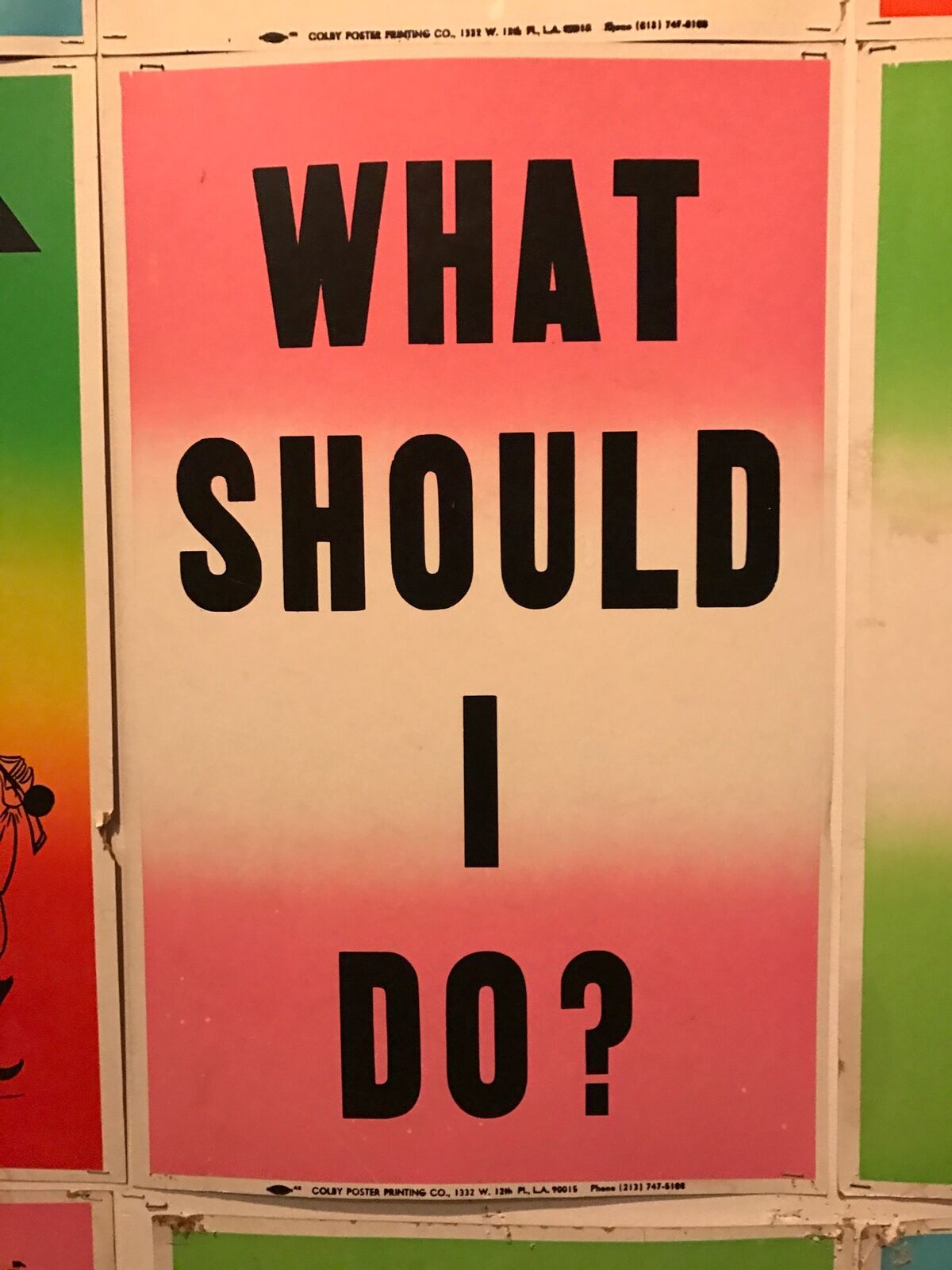 William Wegman, Image from dialogue with Tony Oursler, sent 11/21/2016. Courtesy of the Metropolitan Museum of Art.

Advertisement
“I thought it would offer an opportunity to see inside artists’ minds,” Fineman says of the impulse behind “Talking Pictures.” “And to be exposed to a certain kind of visual literacy that professional image-makers have.”
Fineman selected artists from different areas of the world who work in a range of mediums, from film and photography to painting and conceptual art. Each of them chose a partner, and the pairs exchanged photos and videos via their personal cell phones from November 2016 to April 2017.
The conversations that result are displayed as videos, PDFs loaded onto iPads, books, and printed images across the exhibition. The rate at which they exchange information and the content of the chats varies depending on each artist’s daily schedule, the way they see the world, and the nature of the relationships.
Conceptual artist and photographer
William Wegman
and video artist
Tony Oursler
’s call-and-response is prolific, joyful, and refreshingly absurd—consistent with the character of their individual practices. (Wegman dresses dogs up as humans acting out domestic rituals, like baking a cake; Oursler renders the human body mystical and otherworldly by projecting blinking eyeballs and moving mouths onto orbs). 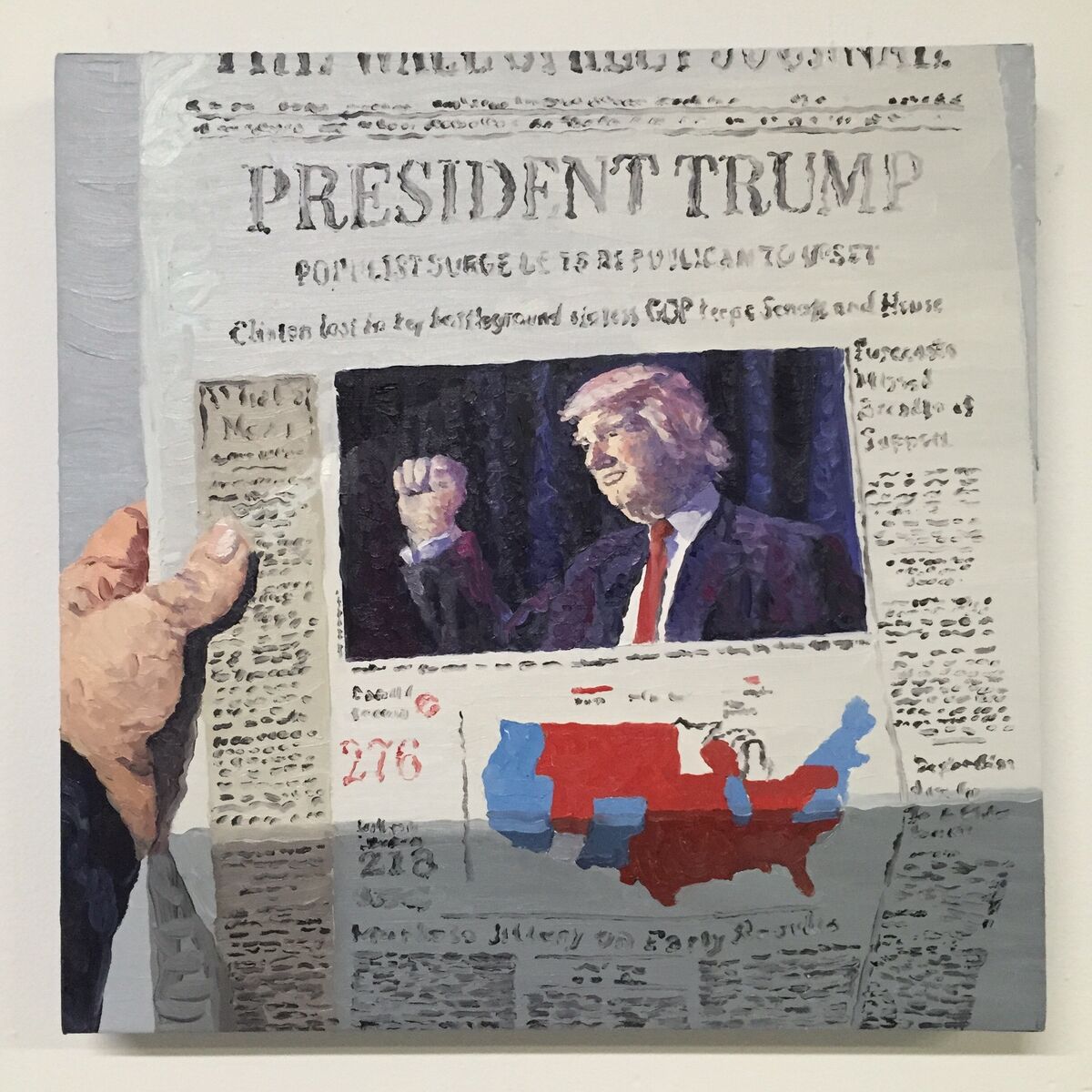 Cynthia Daignault, Image from dialogue with Daniel Heidkamp, sent 11/27/2017. Courtesy of the Metropolitan Museum of Art. 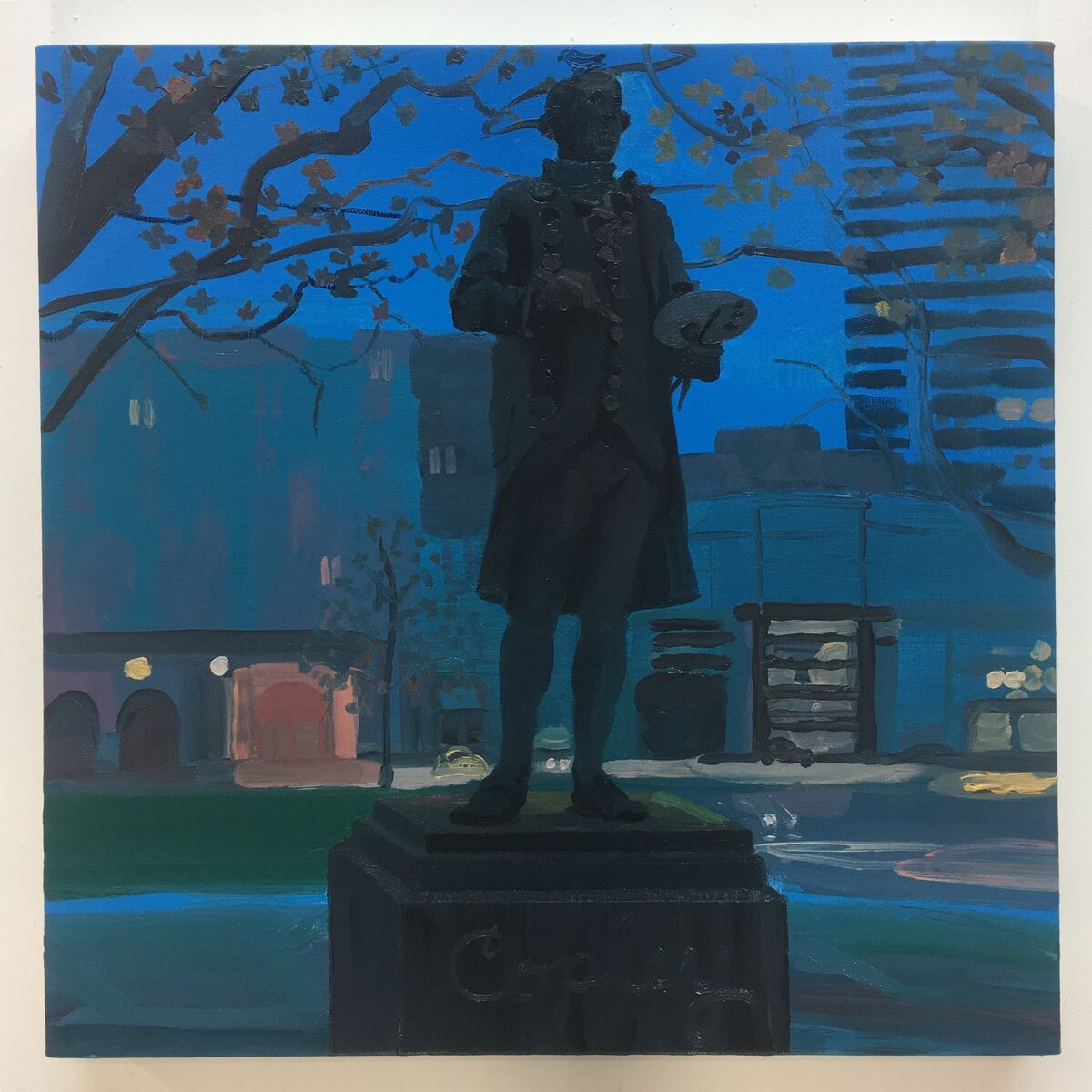 Daniel Heidkamp, Image from dialogue with Cynthia Daignault, sent 11/30/2017.  Courtesy of the Metropolitan Museum of Art.

Their exchange is chock-full of everyday oddities and charming moments that no doubt inform their respective bodies of work. In one back-and-forth, Wegman sends a selfie in which he’s pulling a goofy face. Oursler returns with a Snapchat-filter-mutated image of his own mug that recalls his famous videos of contorted features.
Painters
Cynthia Daignault
and
Daniel Heidkamp
also shared images of the world around them. But they took a decidedly less spontaneous approach: Each painted scenes or facets from their surroundings, then sent a cellphone snapshot of the piece through the ether.
The resulting 60 canvases come together as a collaborative diary tracking intimate moments (a woman lounging in bed wearing only a sweater from Heidkamp, a museum visitor hypnotized by a painting from Daignault), natural wonders (a lightning bolt from Heidkamp, a rainbow from Daignault), and objects that operate like cultural time capsules (a newspaper showing Donald Trump’s visage from Daignault, the silhouette of a monument to an unknown hero from Heidkamp).
The conversation between Poitras and Cole centers on images that embody the atmosphere of unease leading up to the 2016 presidential election. In one exchange, Poitras, who in her work has probed the American surveillance state, sends a snapshot of a newspaper rack. Every headline taps into the climate of fear and anxiety: “TERROR,” reads the Daily News; “U.S. Attacks Stoke Unease,” claims the Wall Street Journal. 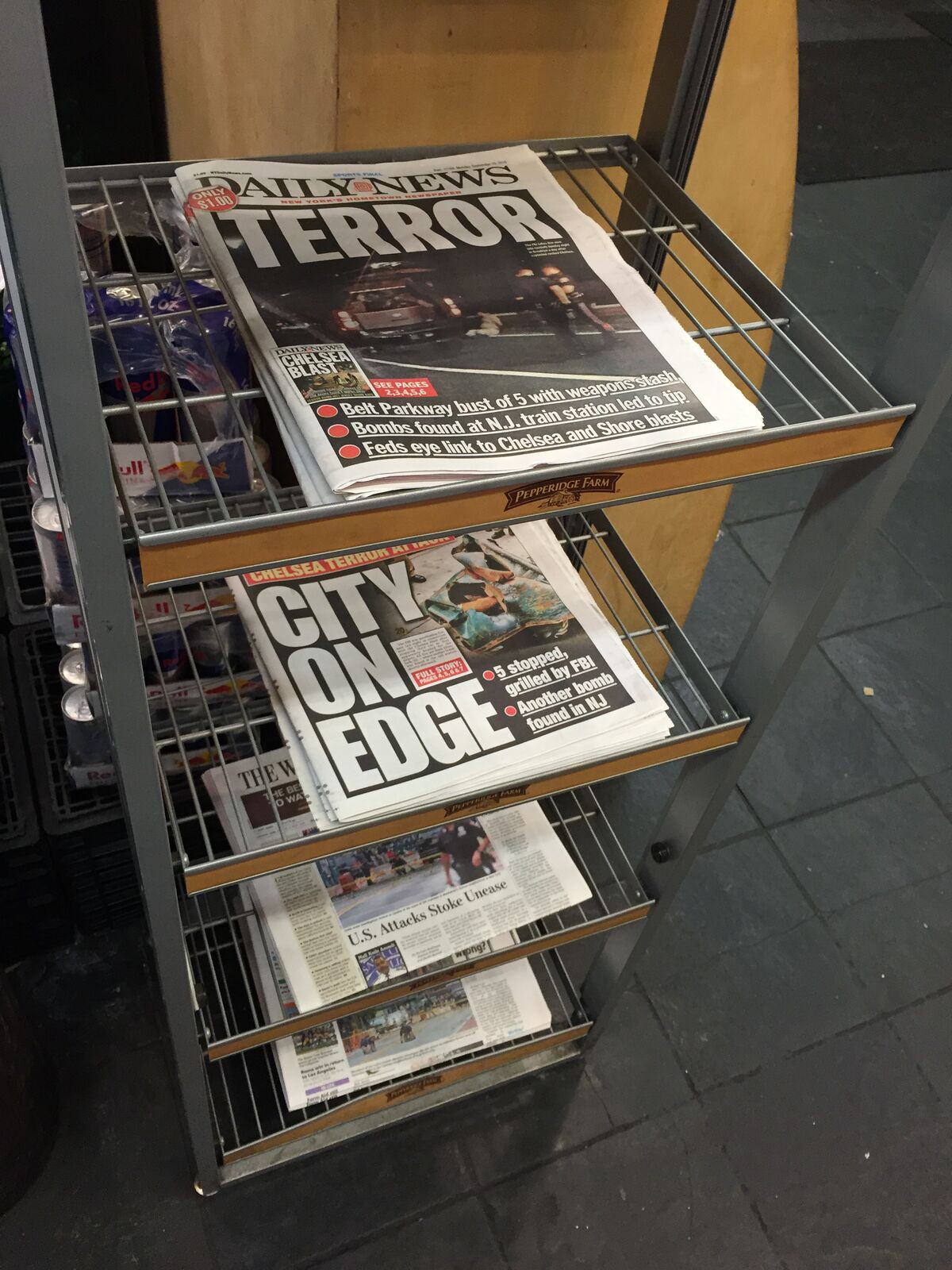 Laura Poitras, Image from dialogue with Teju Cole, sent 9/21/2016. Courtesy of the Metropolitan Museum of Art. Teju Cole, Image from dialogue with Laura Poitras, sent 9/26/2016. Courtesy of the Metropolitan Museum of Art.

Cole replies with an image of a large banner warning of “Camerabewaking,” or  “camera surveillance” in  Dutch. When Poitras ceases her messages following Donald Trump’s election, Cole sends images of bouquets to Poitras, as if in mourning, but receives no response.
Sharma and Rozovsky’s conversation is the most intimate and tender in the show. Just before the project began, the two photographers confessed to each other that they were pregnant. Serendipitously, both were due within three weeks of each other in April, just before their conversation of images would come to a close.
The exchange of photos that ensued shows the excitement of nurturing new life in their bodies, but also feelings of uncertainty about bringing a child into a turbulent political climate. In one shot by Sharma, a pregnant belly mirrors the watermelon next to it. Rozovsky responds with an image of her hand holding a beet high in the air. It resembles a bleeding heart.
While moments of joy are tempered with those of disquiet throughout Sharma and Rozovsky’s conversation, the coda is decidedly optimistic: Both gaze at their newborns in awe. For the two artists, the discourse of images they developed was so fruitful that they have continued to collaborate beyond the project’s April deadline.
As Fineman hoped, these visual dialogues offer a revealing window into the minds of 24 creatives. But more insightfully, they lay bare the many ways in which artists siphon inspiration from their world around them—not just from their surroundings, but from the observations of (and discussions with) their peers, too.
Alexxa Gotthardt
Related Stories