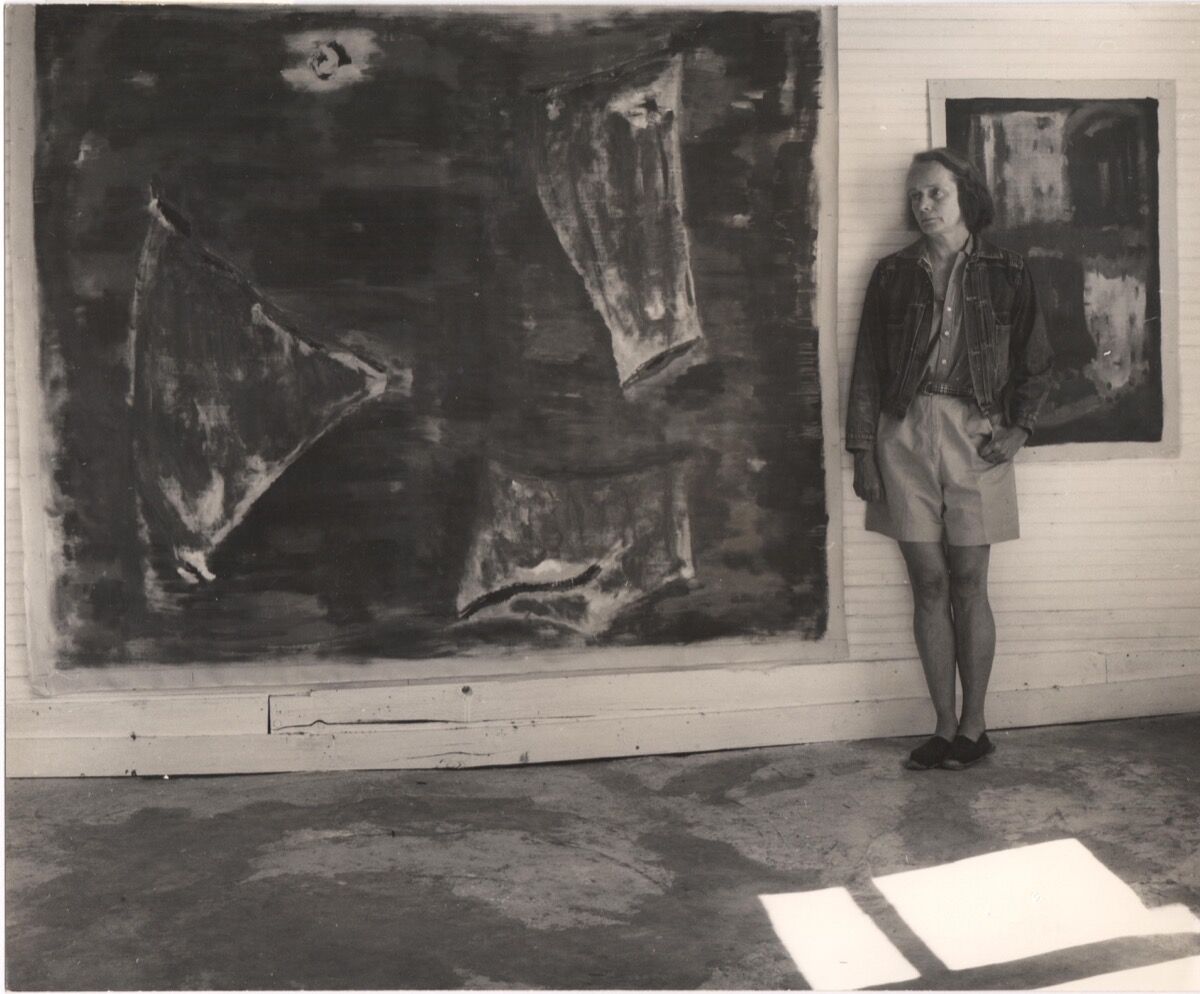 Betty Parsons at her studio, 1969. Courtesy of Alexander Gray Associates.

The list of
Betty Parsons
’s adventures and accomplishments is immense.
As a gallerist, she gave
Jackson Pollock
, and myriad other
Abstract Expressionists
, some of their earliest shows. As a magnetic free spirit, she played tennis with Greta Garbo and danced weekly with
Alexander Calder
“for the exercise.” She topped her head with berets, took lovers like Josephine Baker, and traveled the world many times over.
Art history has remembered Parsons for all of these traits and triumphs. But the aspect of Parsons’s experience that made her happiest, has been largely ignored: her own art.
“When I’m not at the gallery, my own art is my relaxation,” Parsons said in a 1977 interview published in Art in America. “That’s my greatest joy.” 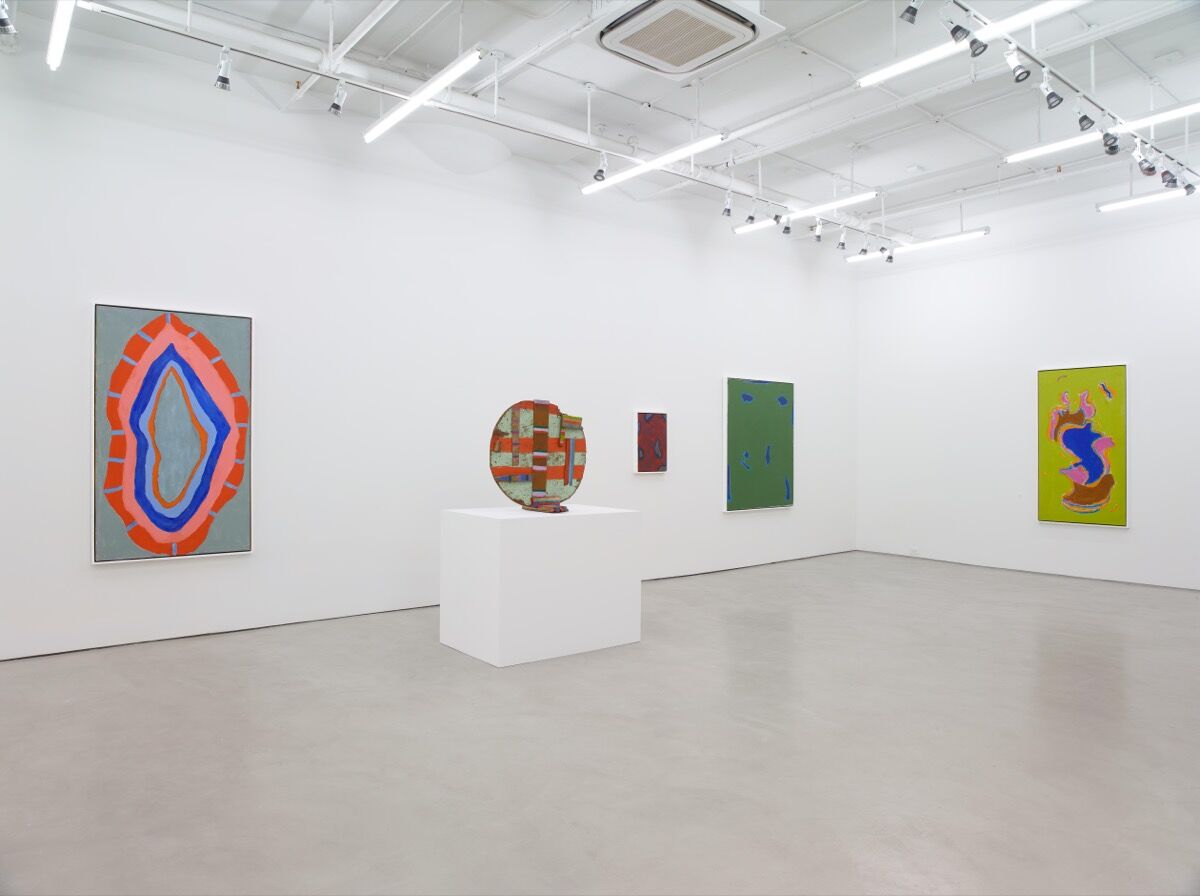 Parsons’s work is currently the subject of a spellbinding, long-overdue New York retrospective, “Invisible Presence,” on view at Alexander Gray Associates through July 14th. It celebrates her experimental practice with a selection of sculptures and paintings she made between 1922, when she was 22 years old, and 1981. For Parsons, her life as an artist predated her career as gallerist and continued—without pause—until her death in 1982.
“We’re trying to understand Betty Parsons the artist, aside from her role as a great dealer,” explains Alejandro Jassan, associate director at Alexander Gray Associates, of the motivation for the show. “Not many people are aware that she was a painter—and a very prolific and good one at that.”
The gallery began representing Parsons’s estate this May. “Invisible Presence” is its first of hopefully many shows to uncover her vast and inspired output—as well as connect meaningful dots between her personal practice and her role as a bellwether of Modern Art. 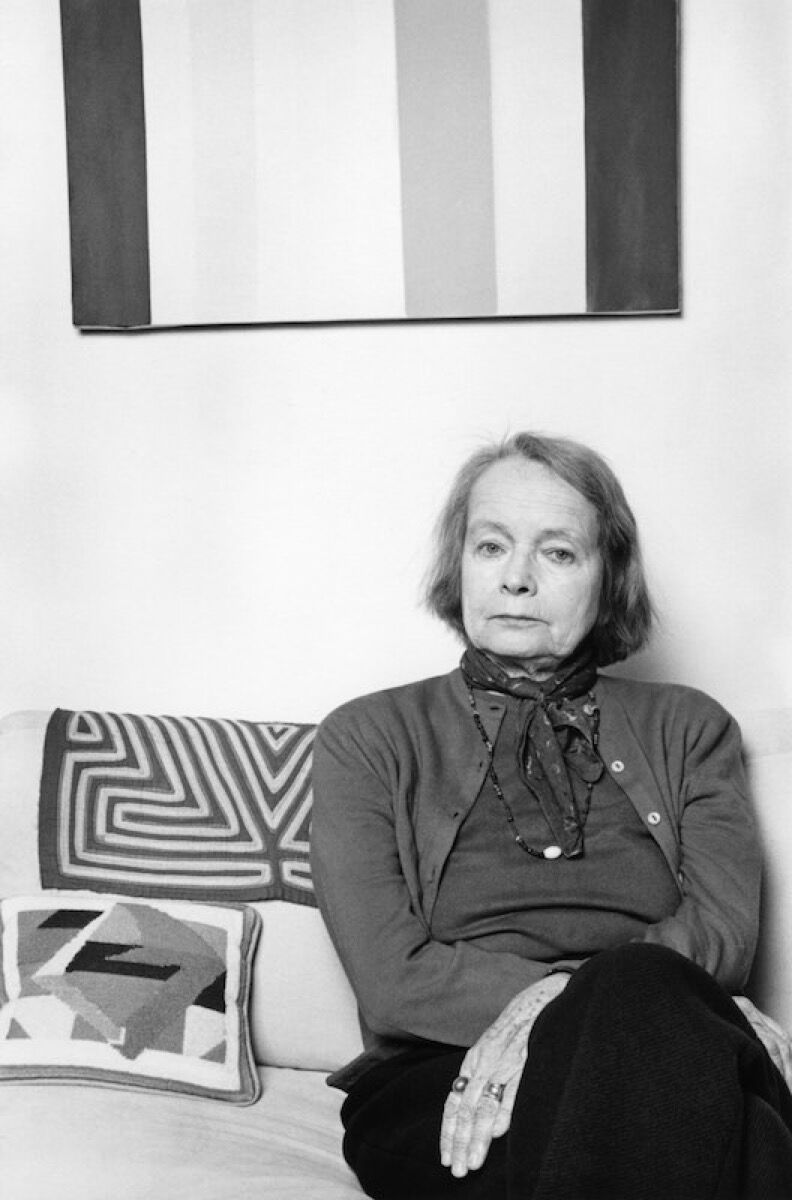 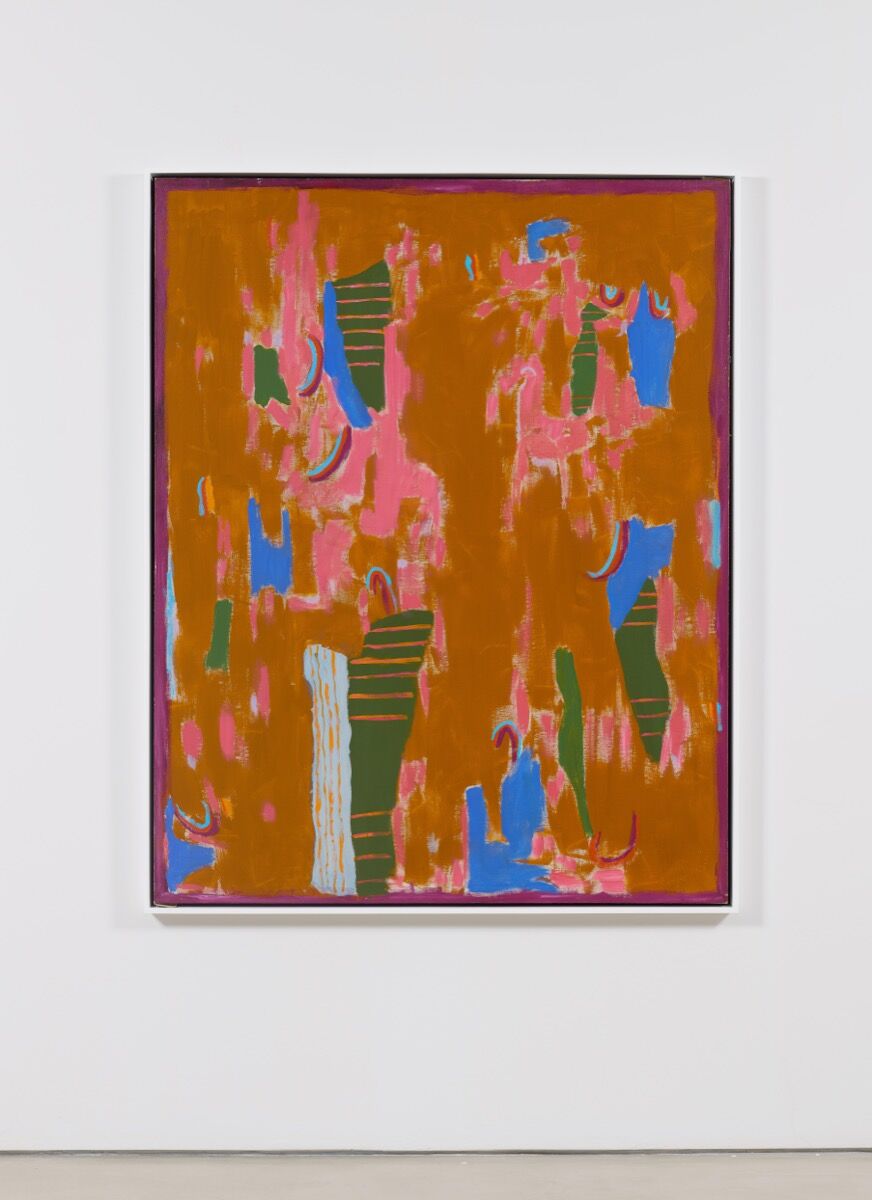 Advertisement
Parsons was born Betty Bierne Pierson in 1900 to a wealthy New York family. By age 13, she was already showing signs of rebellion from the role of high-society debutante she was expected to assume. After she visited the notorious 1913 Armory Show—where works by
Matisse
and
Duchamp
scandalized American audiences—she resolved to become an artist.
To Parsons, the radical art that she saw captured a “new spirit,” a phrase that doubled as her teenage mantra. In one interview, she recounted catching herself repeating “I am the New Spirit” as she strolled down Fifth Avenue.
Her trip to the Armory Show sparked a period of classes with Gutzon Borglum, the artist best known as Mount Rushmore’s infamous sculptor. But Parsons’s art studies slowed when she married socialite Schuyler Livingston Parsons in 1919. It was an unhappy union, and in 1922, she hightailed it to Paris. There, she divorced her husband and signed up for sculpture classes at Antoine Bourdelle’s Academie de la Grande Chaumière, where she rubbed elbows with the likes of
Alberto Giacometti
. 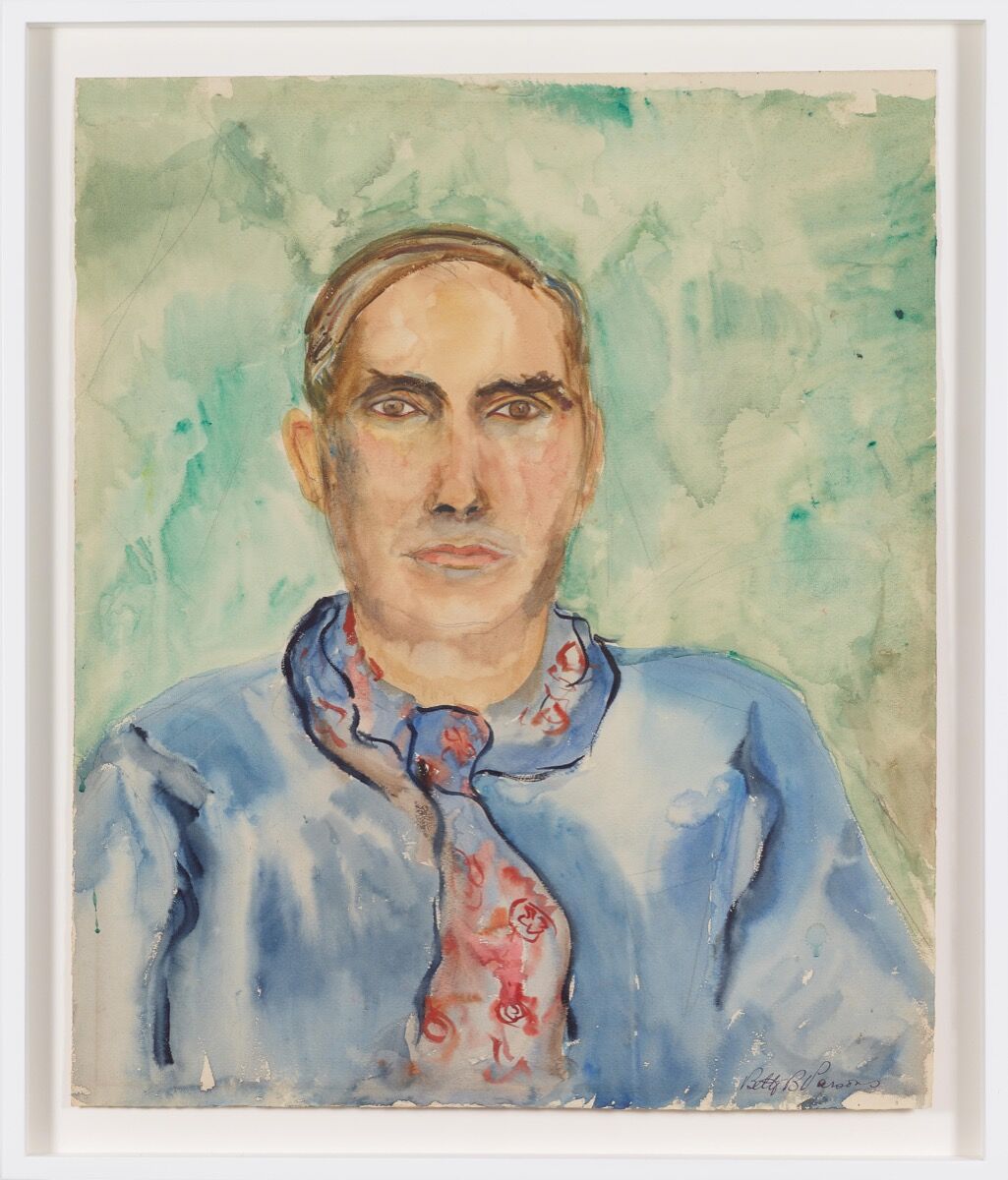 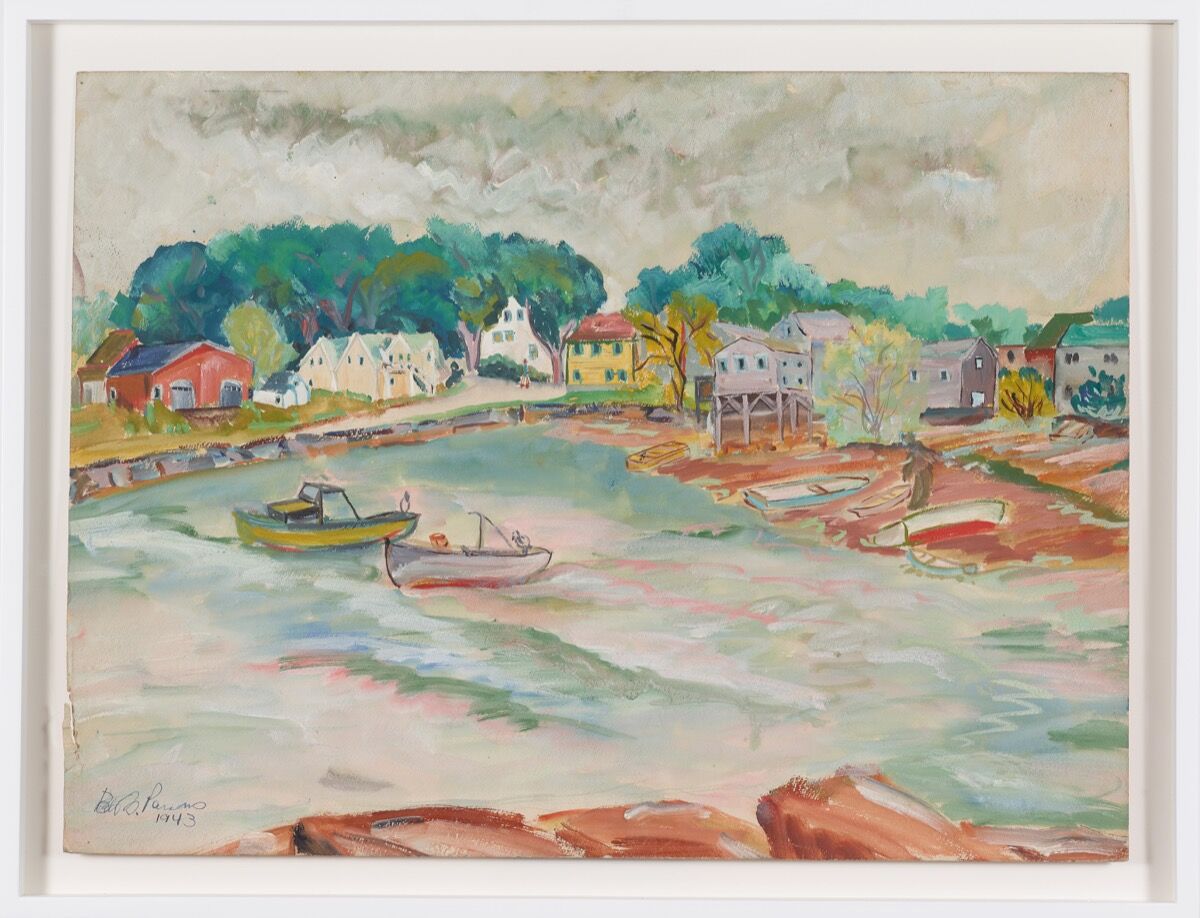 Two sculptures in “Invisible Presence” emerged from this fertile time in Parsons’s life: small bronzes depicting a male figure and a small cat. But her style morphed significantly in the years that followed. First, her focus turned to portraits and loose, lively landscape paintings, which gradually shapeshifted into boisterous abstractions. The show gives space to all of these facets of Parsons’s work, and in the process, highlights her unrelenting appetite for experimentation.
Parsons’s life indeed evolved as a chain of adventures into uncharted territories, whether geographic, social, or aesthetic. “I was born with a love of the unfamiliar,” Parsons once said. “When I see something I can’t relate to I’m fascinated.”
This passion for the innovative and unusual emerged in her own work and on the walls of her gallery, which she opened in 1946 on 57th Street in Manhattan. There, she provided the first launchpad for Abstract Expressionism’s “Four Horsemen,” as Parsons christened Pollock,
Mark Rothko
,
Barnett Newman
, and
Clyfford Still
, at a time when few others dared to show their insurgent work.
She was also one of the first American gallerists to represent women, African-American, Latin American, and Asian artists, such as
Agnes Martin
,
Louise Nevelson
,
Thomas Sills
, José Bernal,
Roberto Matta
, and
Kenzo Okada
. “In terms of my galleries, I never thought about whether the artist was a male or a female,” she said in a 1977 interview. “I always thought: ‘Are they good or not good?’” 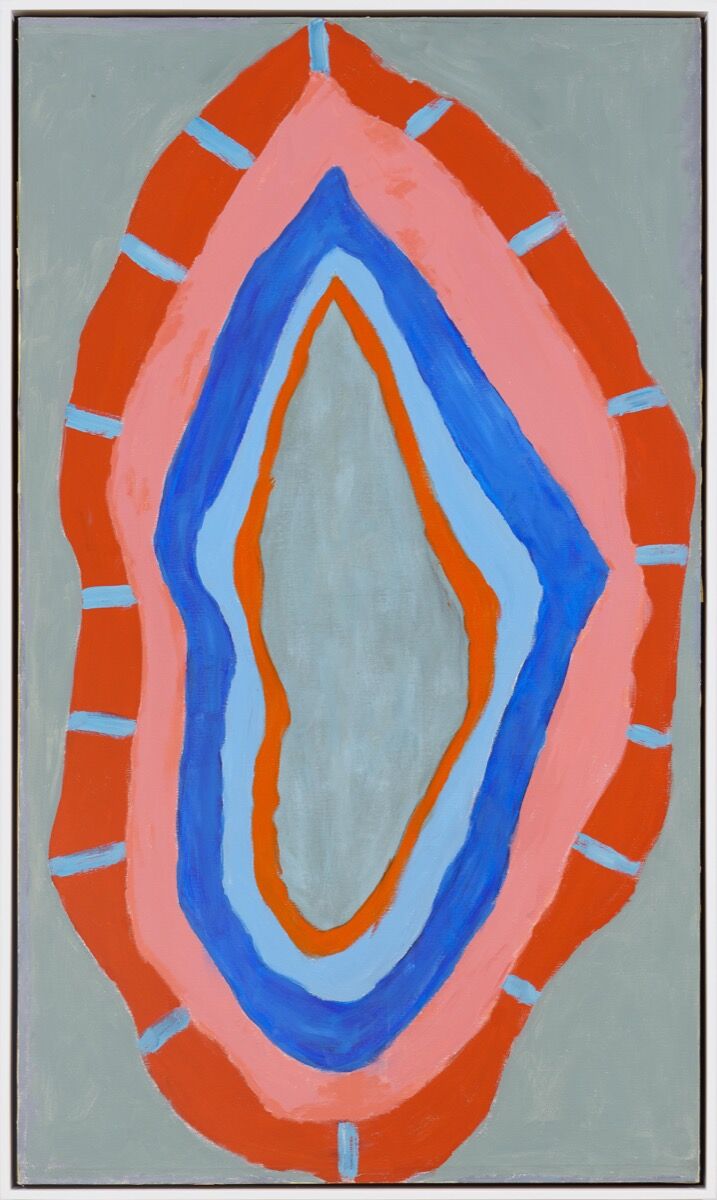 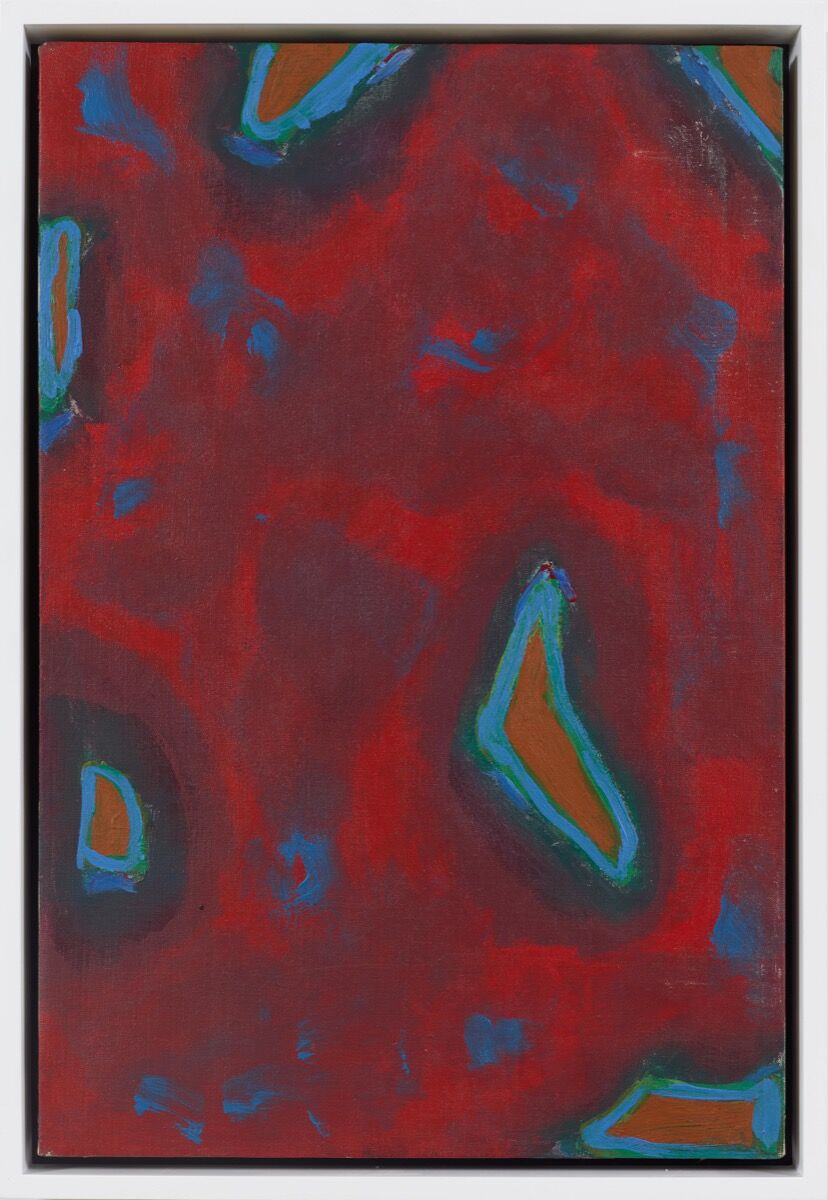 But Parsons never brought her own work into her gallery’s fold, despite encouragement from the artists she represented. When
Ad Reinhardt
prodded her to show at the gallery, she retorted with typical self-deprecating humor: “I don’t want to show in the gallery. There’s enough Betty Parsons going on with all of you.”
Reinhardt replied insistently: “You go away; take a trip and I’ll show your work and sell it. You’re much better than most of the artists you’ve got.”
The paintings Parsons made during her years as a gallerist make up the bulk of “Invisible Presence.” They host constellations, organic shapes, and bursts of bright lines, which occasionally suggest forms, places, and concepts. In Journey (1975), passages of hyper-saturated pink and blue push through a field of burnt orange, like a sparkling oasis discovered at the end of a long pilgrimage or the emergence of bliss after a long period of melancholy. Flame (1967) is similarly joyous. Its undulating concentric rings, which resemble the folds of a vagina or energy fields, seem to vibrate with an unseen force.
Together, the group of late canvases evidence Parsons’s passionate investigation into how abstract forms can harness emotion, from quaking sexual urges to long-awaited serenity. 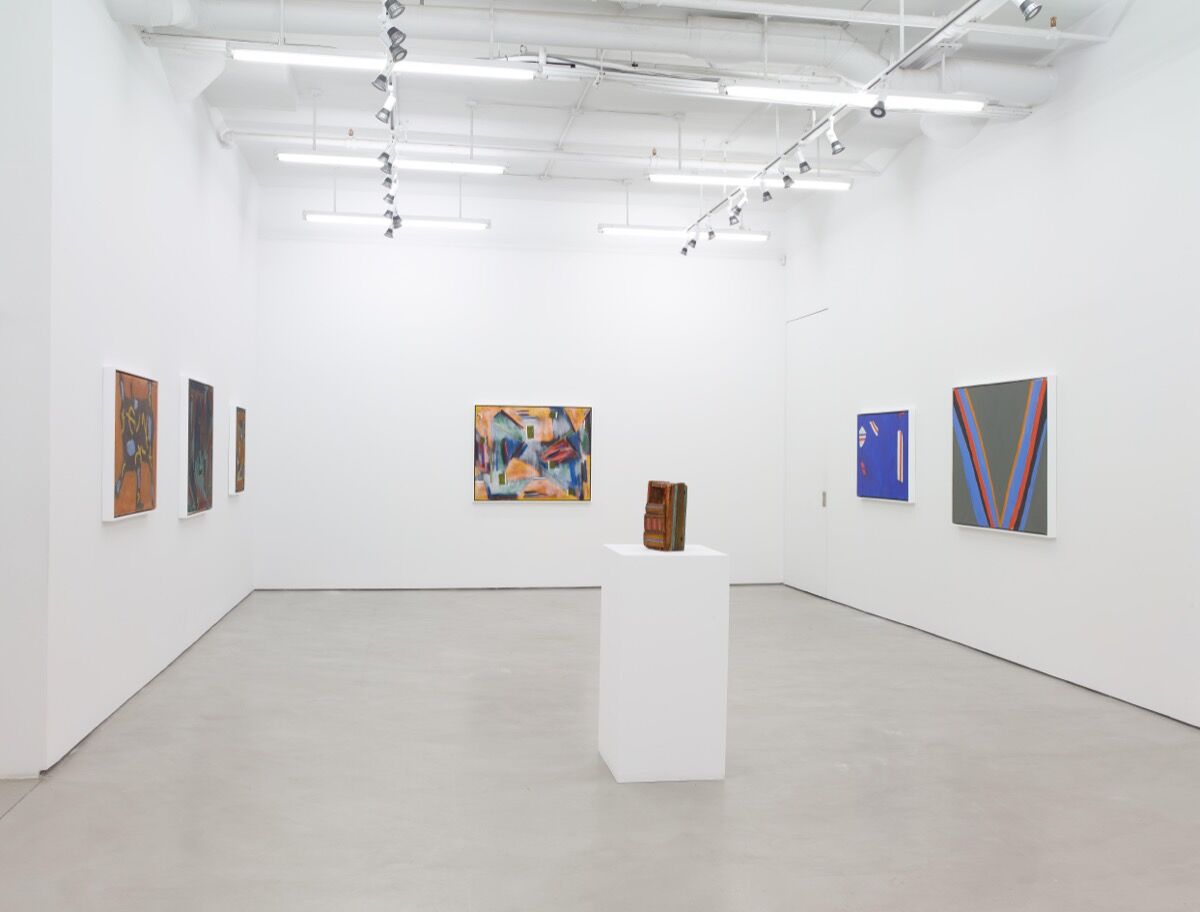 In the mid-1970s, Parsons also returned to making sculpture, her first medium. Gathering flotsam and jetsam on the beach adjacent to her Long Island studio, where she spent nearly every weekend from 1959 on, became a ritual. She’d assemble these spoils into small sculptures resembling ritualistic objects, masks, and miniature homes.
These works are more than Parsons’s swan song (she made them until her death in 1982). They are also her most innovative and intimate work. In them, she combines objects culled from the Long Island landscape that not only became her refuge from the frenetic, itinerant life of a prominent gallerist, but also the quiet sanctuary where she did what she liked to do best: make art.
“I’d rather paint than breathe,” Parsons once said. “I don’t care if anybody sees what I do.…Painting is part of me.”
Arguably, Parsons’s work is the most important part of her. And, with “Invisible Presence,” it looks like the art world is finally on the path to recognizing that—and etching Parson’s life as an artist indelibly into her legacy.
Alexxa Gotthardt
Related Stories