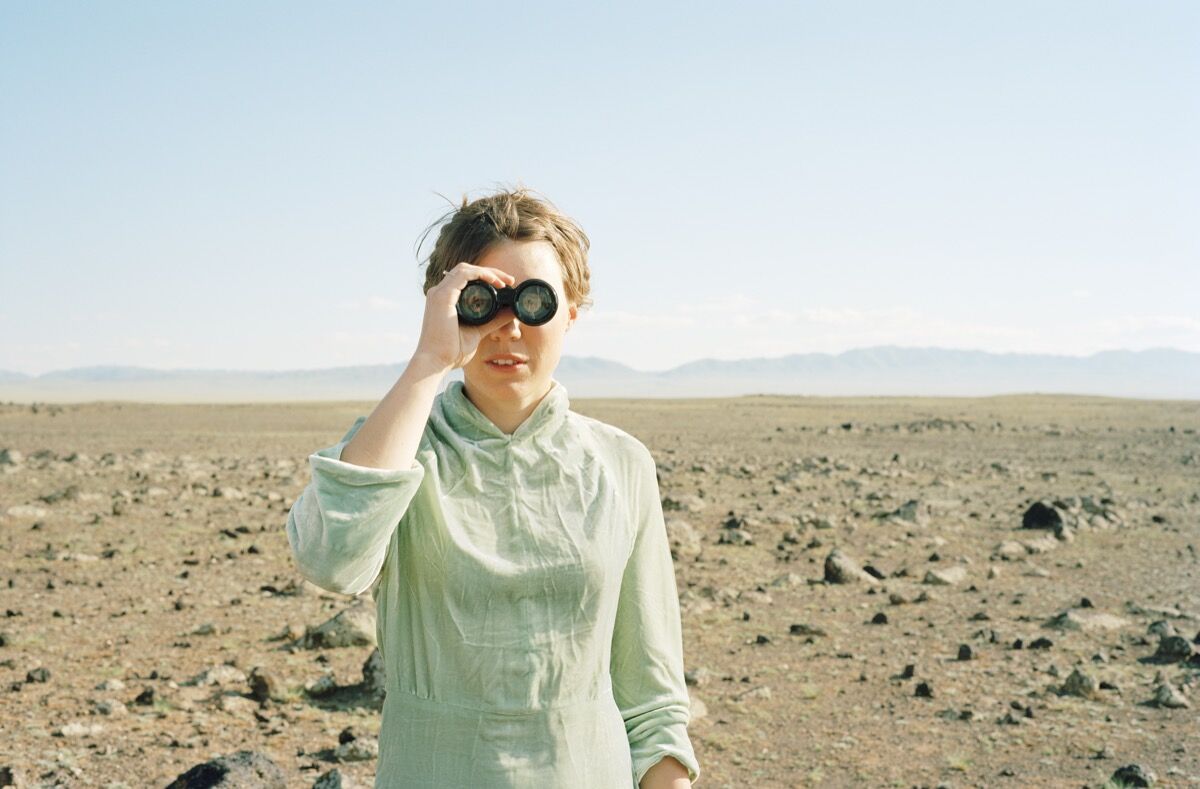 In 1990, the model-turned-photographer Corinne Day captured a teenage, makeup-free Kate Moss in second-hand threads for the cover of THE FACE magazine. Day sought to overturn the high-fashion artifice she’d witnessed in 1980s photography. With her picture of Moss, she effectively launched a decade filled with raw, candid images of women.
But she wouldn’t be the first—or the last—female to pick up a camera in order to reclaim female representation.
Today, a new book by art journalist Charlotte Jansen (who is, in full disclosure, a frequent contributor to Artsy), Girl on Girl: Art and Photography in the Age of the Female Gaze (2017), looks at the growing number of female photographers who are using their agency to shape how society looks at women—in images of both themselves and their peers.
Though these photographers follow a long line of women who’ve sought to subvert the covetous “male gaze”—a term, coined in 1975 by feminist critic Laura Mulvey, that addresses the way in which women are so often presented as objects for male consumption—a new generation has found itself armed with the means to broadcast new images of femininity via social media.
“The last five years have been particularly important with the emergence of so many more female photographers,” says Jansen. This increase, she says, was spurred in part by the front-facing (aka selfie) camera that was widely introduced to smartphones in 2010, and by the ability to share and view images via platforms like Instagram and Snapchat.
But Jansen also notes that the media tends to contextualize these women in a reductive fashion. “Photographs taken by women do not only exist as a counterpoint to the male narrative,” she writes in the book. Eager to complicate the representation of these women and their artistic concerns, Jansen embarked on a year and a half of interviews with 40 artists from 17 countries. 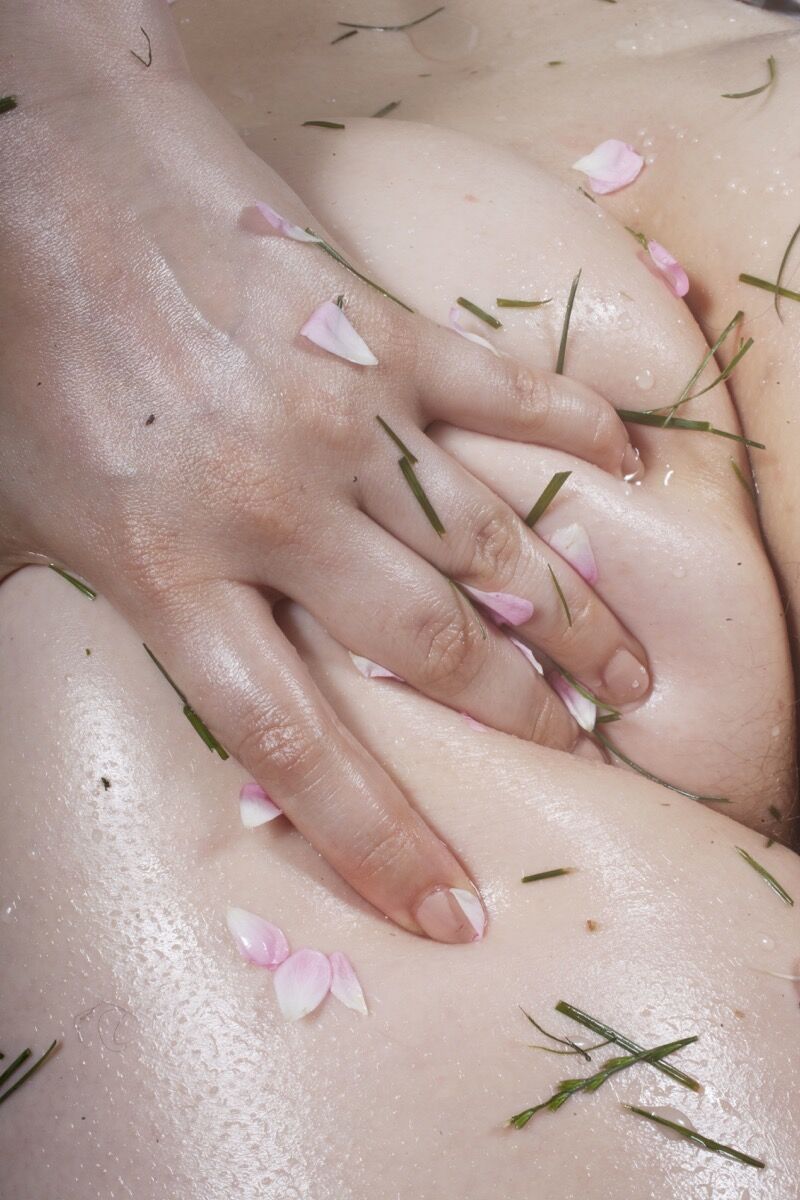 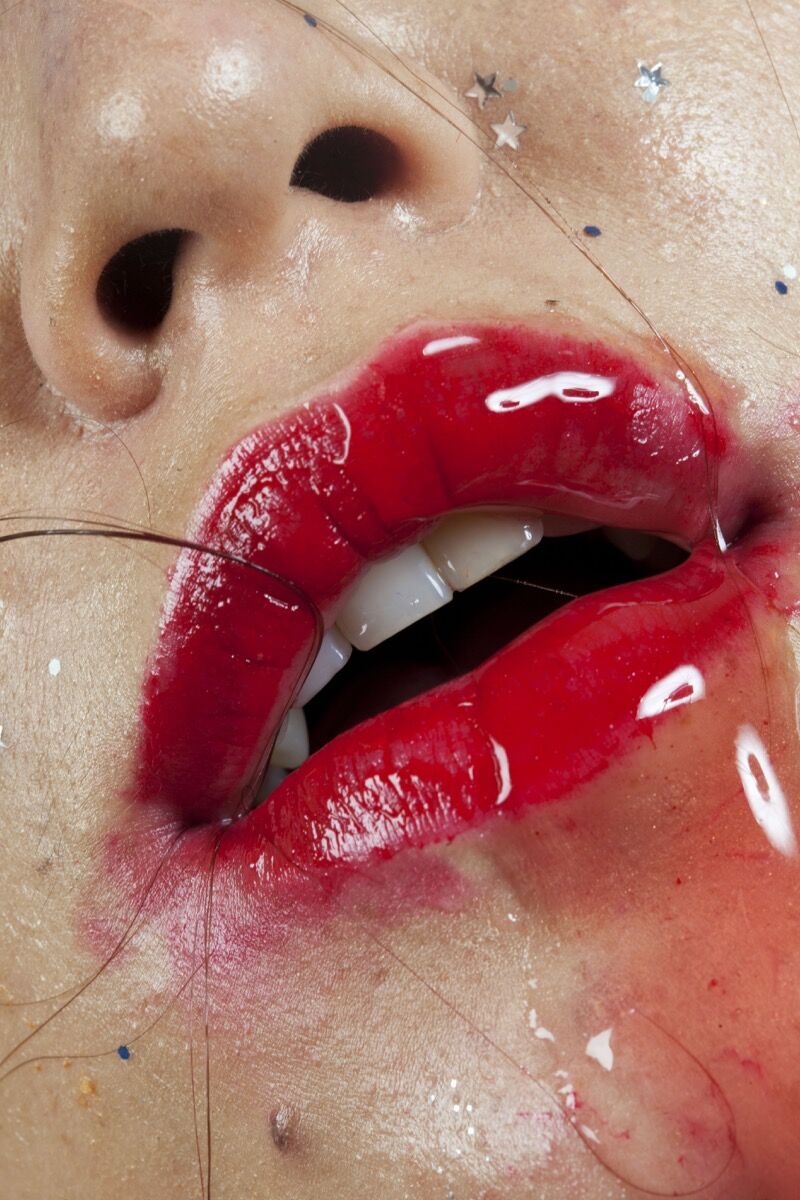 Among them is
Pinar Yolaçan
, a Turkish photographer whose 2007 series, “Maria,” pictures Afro-Brazilian women on an island off the northern coast of Brazil. Her subjects include older women and those with figures that don’t conform to female beauty standards.
The images, Jansen says, could easily be taken solely as a comment on female body ideals—but that would be too simplistic. The series is a reaction, in part, to the exoticization of women’s bodies by European colonizers.
Similarly, Moroccan artist
Lalla Essaydi
challenges Western portrayals of Arab women through portraits that counter the gratuitous Orientalist fantasies of European painters. Her images adopt the stereotypes of amorous women reclining in harems, except her subjects are fully clothed and stare back at viewers confrontationally.
“The images are still breathtakingly beautiful,” says Jansen. “You can seduce in other ways.” 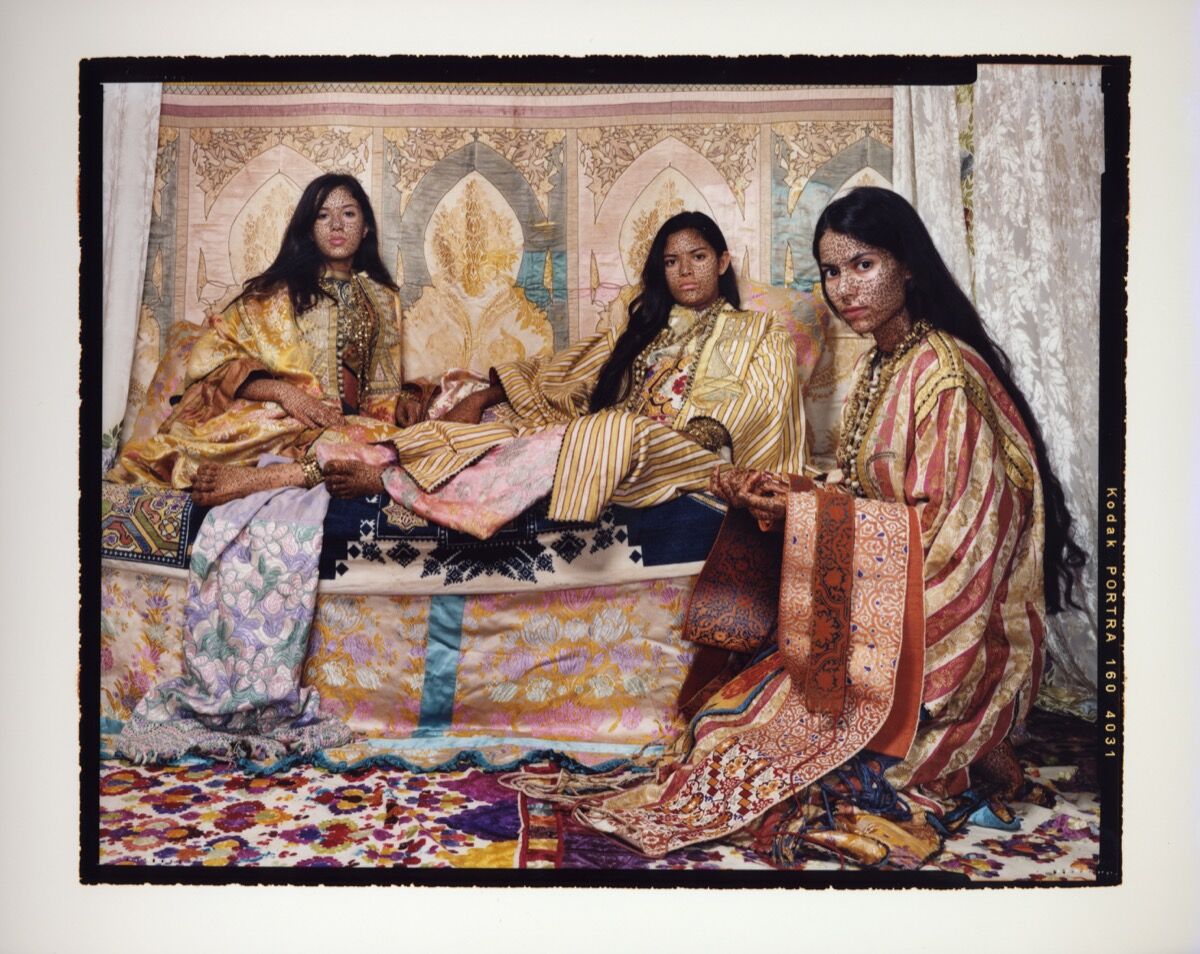 Advertisement
Many of the women Jansen interviewed knew their subjects well—or made a point of getting to know them before taking their photograph. “A lot of photographers in this book are able to get a strong image from their subjects because of the level of comfort and ease that women feel in front of a woman’s camera,” she says.
Among them is
Zanele Muholi
. “Friends of hers have been killed and raped because of their gender and sexuality,” says Jansen. “She still manages to, in spite of all that, create work that is so beautiful and expressive of human love and togetherness, and unity and power,” and without objectifying them.
Another theme she found across some female photographers’ work was the creation of their own worlds, as in the images of New York photographer Jaime Warren. “It’s less about going out and exploring the world,” Jansen says, “and more about creating the world that you want to see because it doesn’t exist.”
Chinese photographer
Pixy Liao
, inspired by
Annie Leibovitz
’s 1980 portrait of two lovers—a fully clothed
Yoko Ono
and a naked
John Lennon
, who passionately clutches at her side—stages similar scenarios between herself and her boyfriend. In a pivot from much of art history, Liao is shown both wearing clothing and in a position of power. 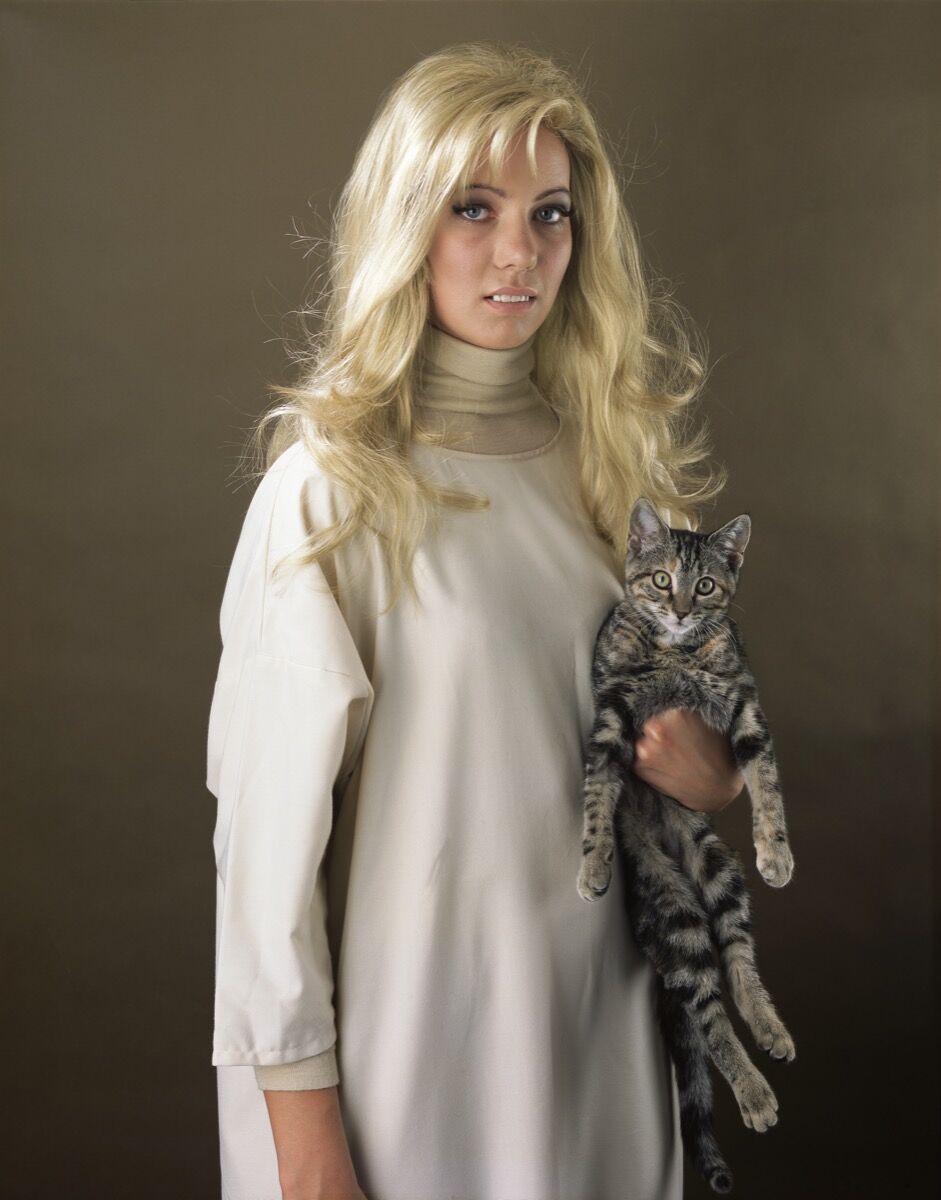 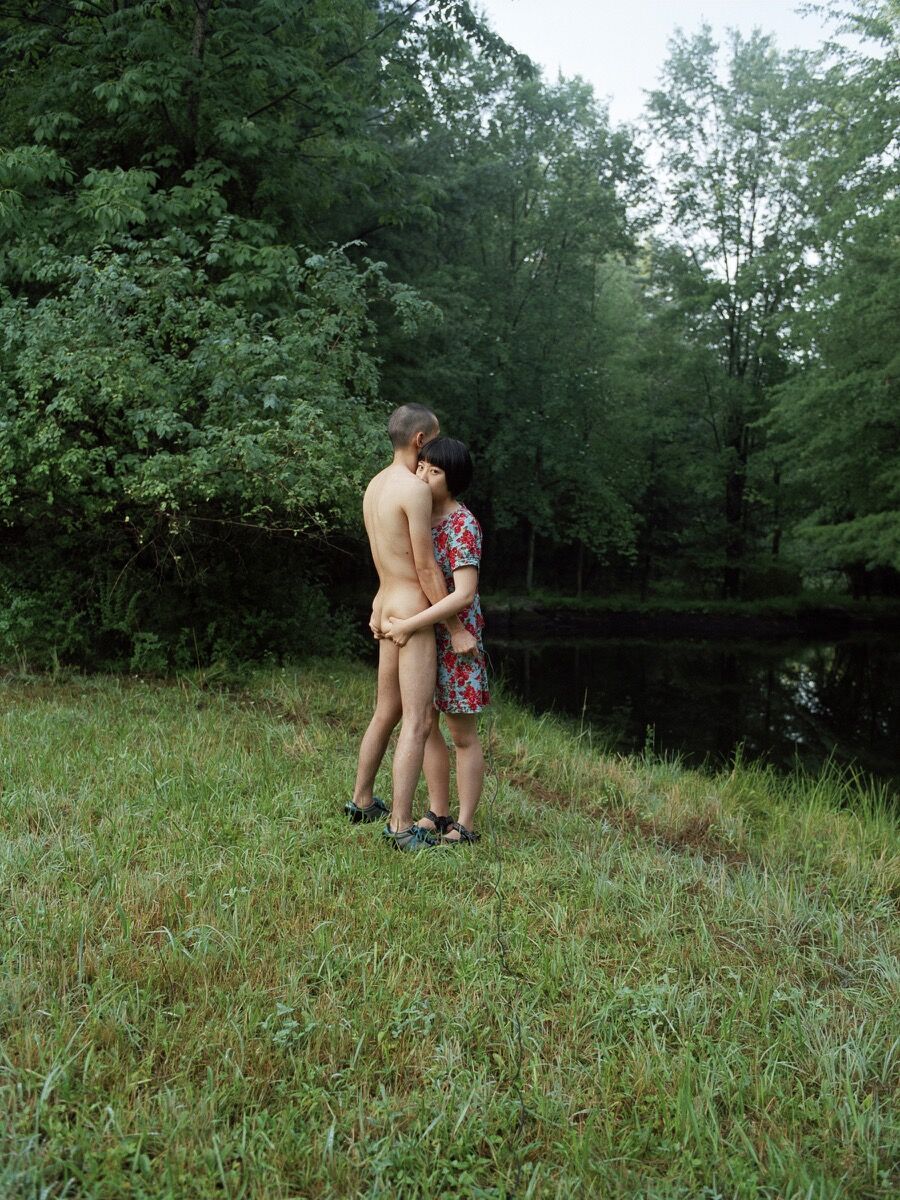 Jansen hopes that a more nuanced understanding of women’s photography will continue to emerge. Ever since pioneering feminist photographer
Cindy Sherman
sought to debunk female stereotypes in her seminal 1977–80 self-portrait series “Untitled Film Stills,” any woman who’s turned the camera on herself has been labeled derivative.
(It’s worth noting that, even before Sherman, artists at the Feminist Art Program in Fresno, California, had experimented with shooting staged photographs of female archetypes.)
Among these supposed pretenders is photographer
Juno Calypso
, whose breakout series saw her photograph herself in the guise of a woman during a week-long stay at a Pennsylvania love hotel, and Yvonne Todd, whose satirical portraits of figures performing suburban housewives and soap opera stars tell the story of the way the Western capitalist system shapes human identities and “bulldozes people with its ideology.”
Like so much of the book, the stories that her characters tell are not only relevant to women.
And indeed, just because these artists play with masquerade, argues Jansen, it doesn’t make them Cindy Sherman—nor does it mean they necessarily identify as feminists. Women working in this format represent a varied spectrum. “How many men are doing the exact same thing, decade after decade?” asks Jansen. “Women that choose to work in in this mode have such a difficult job.” 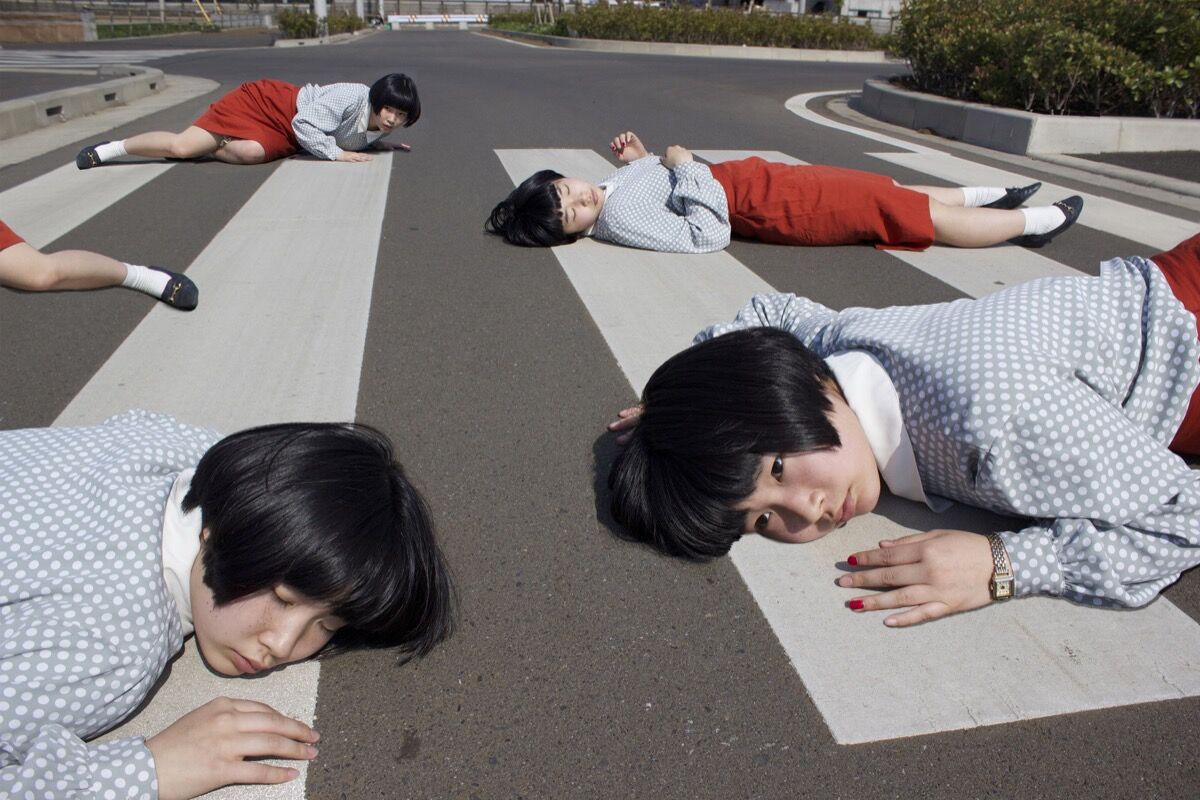 Another challenge that female photographers face comes in the form of the struggle to be taken seriously. Case in point: Japanese photographer Monika Mogi photographs a wide swath of Japanese women, of all body types, to elevate real girls above the culture’s kawaii ideals. So one can only imagine her shock when, as Jansen explains, she turned up to shoot images for a major clothing brand, and discovered they wanted to take pictures of her.
“It’s very significant that we’re seeing more images made by women because that contributes to a much more nuanced idea of women,” says Jansen. But while there are still limited interpretations of how we encounter women in photographs and understand images created by female photographers, it is work like this that will help advance more empathy and gender equality.
As Girl on Girl makes clear, the female gaze offers a powerful lens through which to view, and better understand, the world.
Molly Gottschalk is Artsy’s Lead Visuals Editor.
Related Stories