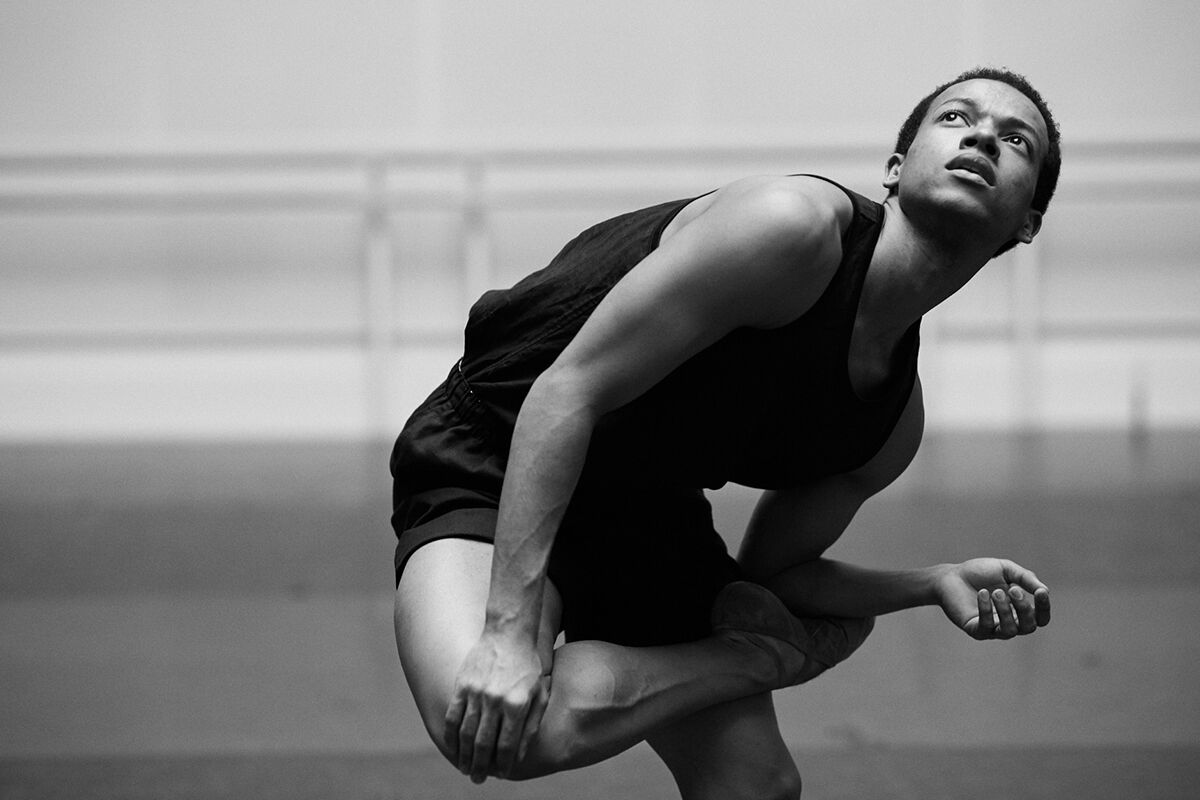 Portrait of Solomon Golding by Cat Garcia. Courtesy of Boys by Girls.

In 2009, following a year spent shooting female fashion models, London-based photographer Cecilie Harris fixed her lens on a man—and she never looked back. Today, her interest in male subjects has evolved into a popular biannual print publication, Boys By Girls, in which a generation of young men are captured exclusively by female photographers.
“It was an ‘aha’ moment,” says Harris of that first shoot. “Something felt very different, and very right.” In contrast to some of the women she’d photographed the year prior, the male model moved freely. And with less elements to play with, from hair and makeup to wardrobe, “you had to pull more from yourself as a photographer, and from your model, to get a really impactful picture.”
From there, Harris narrowed her focus to shooting menswear fashion, but something wasn’t quite right. “I was working with a lot of male editors and I felt pushed to photograph models in ways they wanted me to,” she says. This often meant focusing on her subjects’ physical attributes. And so, in 2011, she launched Boys By Girls—a magazine that invokes not the male body, but the soul. 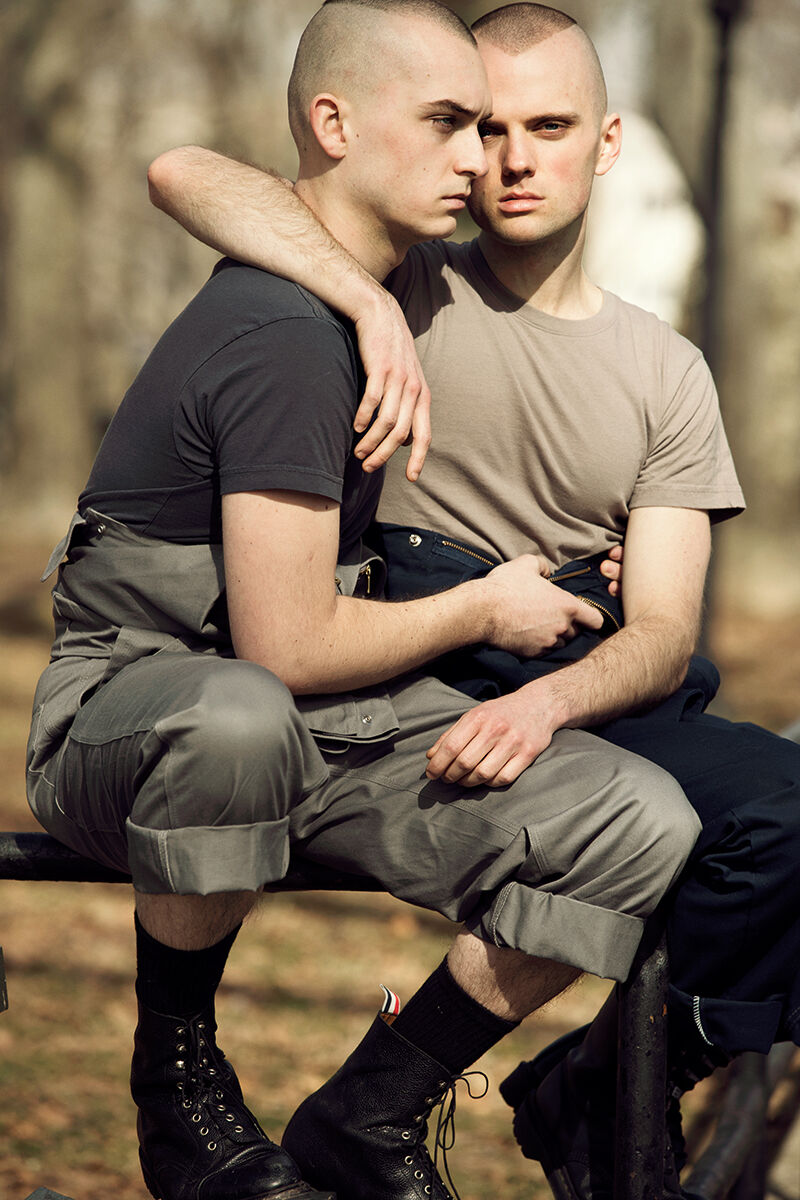 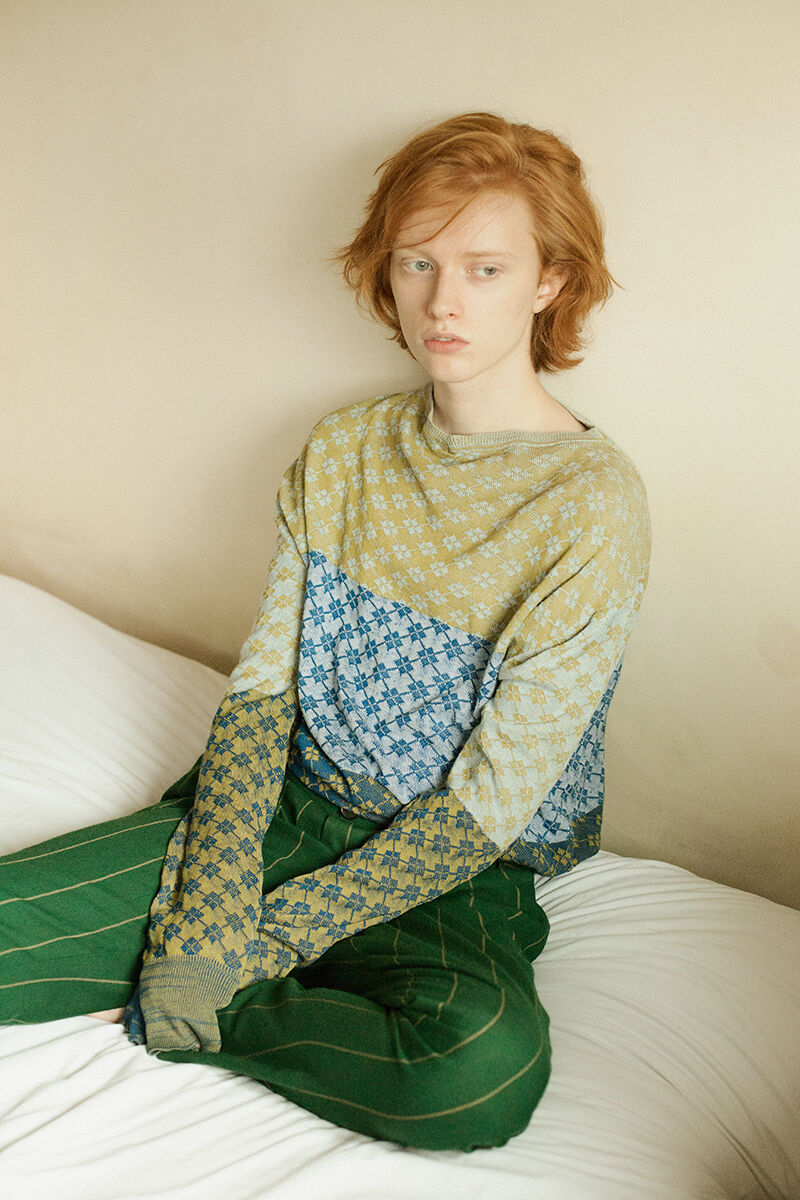 Portrait of Oliver Hayes by Sophie Mayanne. Courtesy of Boys by Girls.

Initially conceived as a coffee table book, the magazine chronicles today’s male youth as witnessed through the female gaze. In doing so, it unearths new conceptions of male identity, and fluid, open attitudes toward love, sexual relationships, and mental health.
This depth of observation is thanks, in large part, to the intention of the women behind the camera. The “female gaze” is most often thought of as a rebuttal to the “male gaze,” a term famously coined by feminist film critic Laura Mulvey in 1975. But within that equation, men are placed in another gender construct, one plagued by its own set of physical ideals. By getting to know their subjects and working to capture them in all their complexity, these female photographers are dismantling gender binaries. 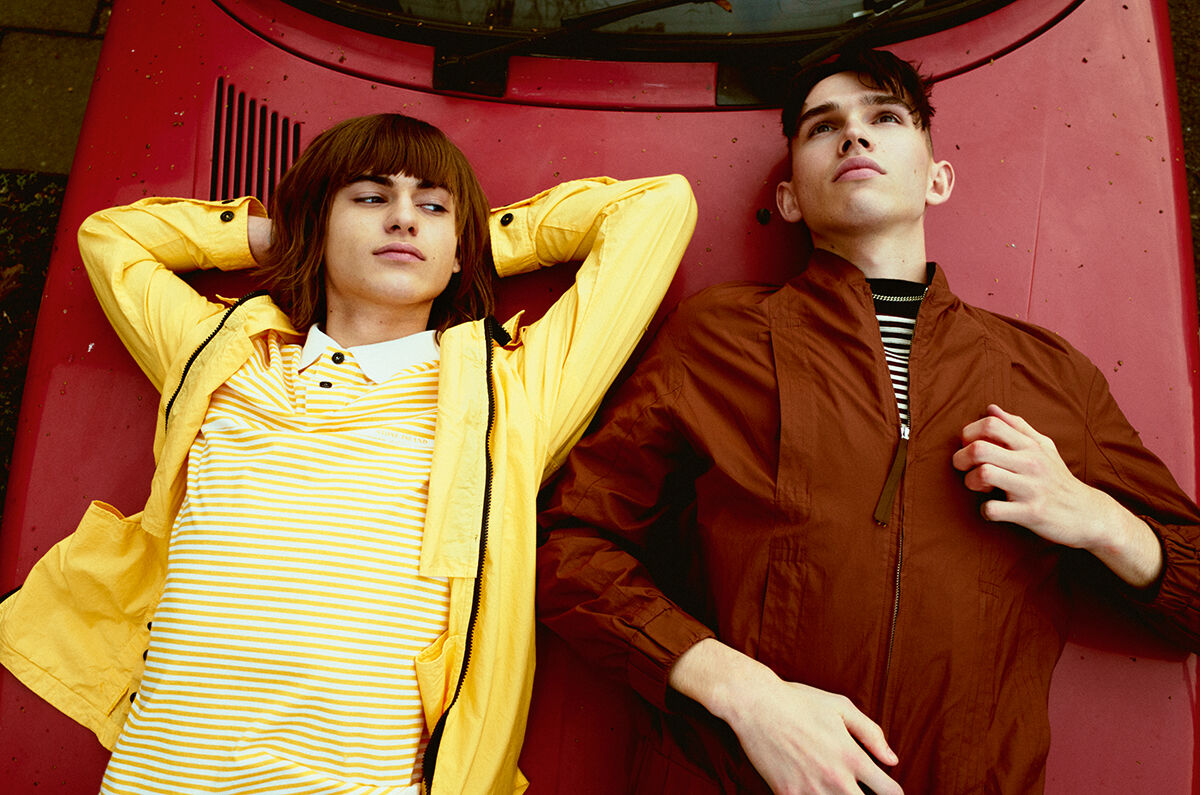 Louis and Harald. Photo by Trisha Ward. Courtesy of Boys by Girls.

Advertisement
“The overall arc is to explore what it’s like growing up as a young male today,” says Harris. The most recent issue, themed Young Hearts, however, captures intimate relationships of all kinds, in Danielle Levitt’s photographs of couples spanning races, genders, and ages.
The resounding message that rose from the issue, says Harris, is the idea of being able to love whoever you want to love. In photographs by Nicola Collins, two boyfriends who’d met in an LGBT support group are pictured embracing in a bed of grass. “It’s a crazy concept,” one of the subjects, Matt Tyson, says of that prerogative in his accompanying interview with Harris. “It’s like; I like chocolate and you don’t, what’s the difference?”
And, reflective of softening gender barriers across Western cultures, Boys By Girls earnestly projects a more fluid image of masculinity. 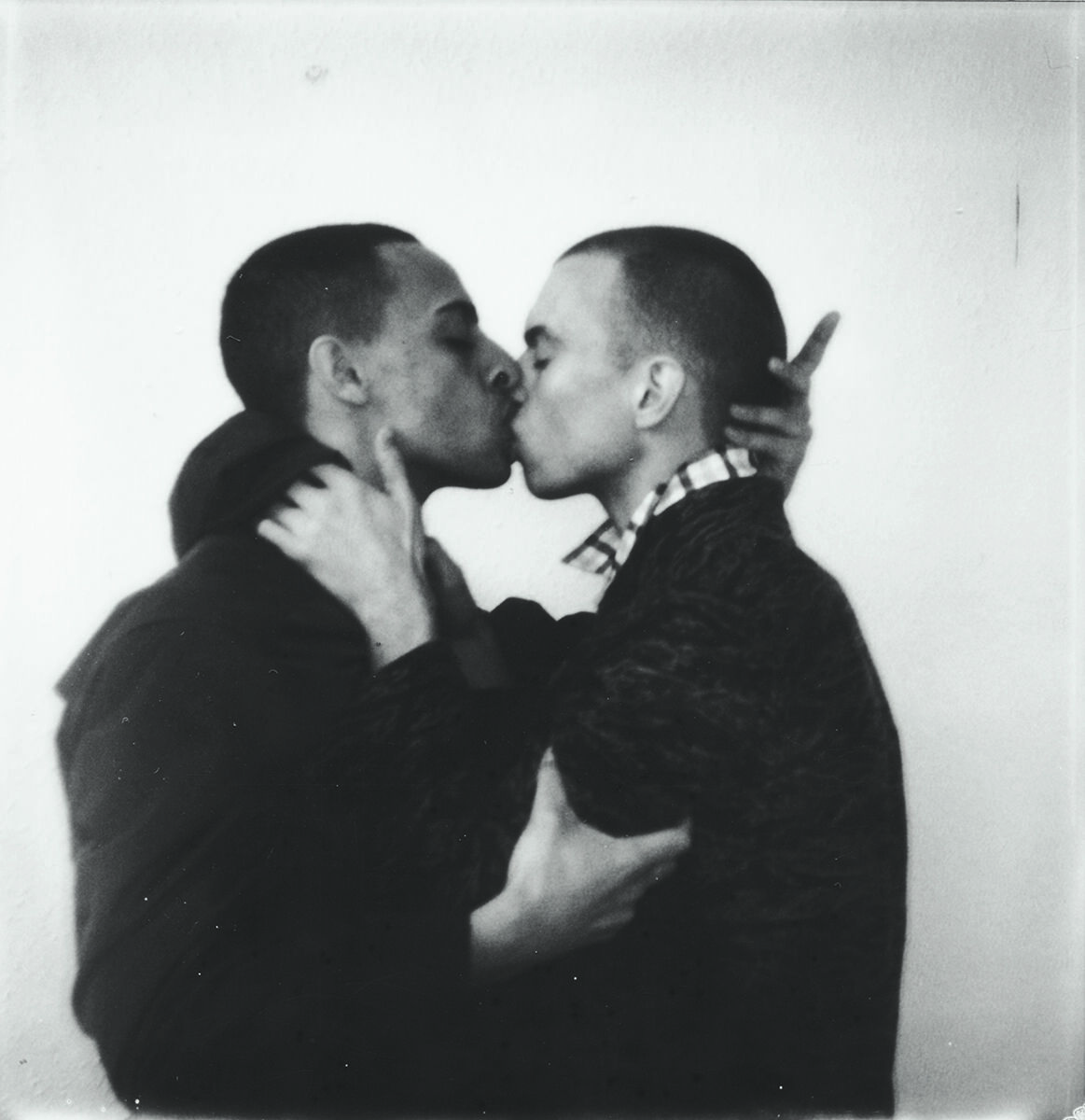 Tyler and Dominic. Photo by Paulina Otylie Surys. Courtesy of Boys by Girls. 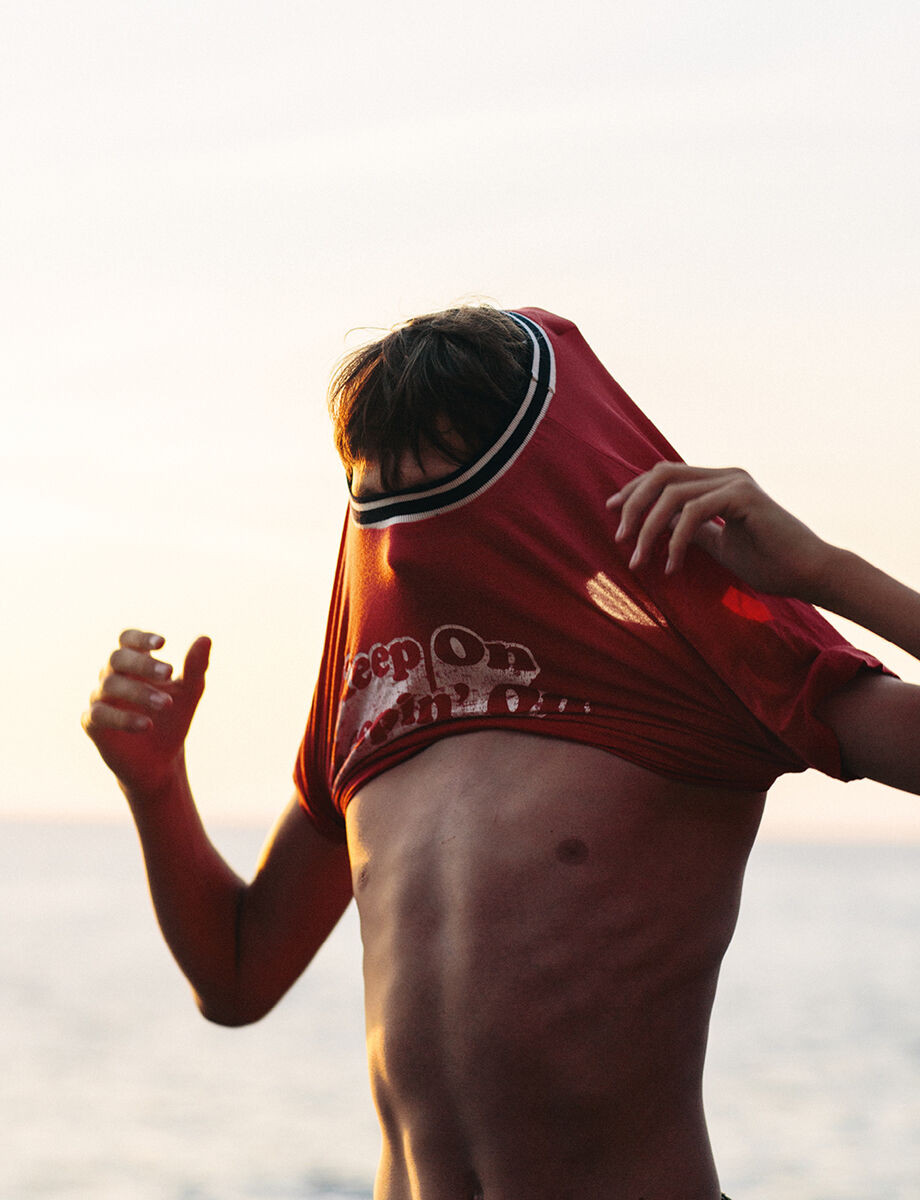 Photo by Doreen Kilfeather. Courtesy of Boys by Girls.

“One of my favorite questions to ask boys is ‘Do you cry?’” says Harris. “Most of them say ‘yes,’ which maybe if you asked a boy that 20 years ago they wouldn’t have said.” Indeed, throughout the issue, male subjects, including notable actors and models, confidently muse on their own expanding perceptions of manhood.
Tyson sees this change as rooted in the shifting position of women in society. The male fear of adopting feminine characteristics, he says, has a lot “to do with the fact that throughout history, and in our society, women are seen as lesser.” But those gender conventions are slowly being eroded.
In a feature written and photographed by Harris, British actor Thomas Brodie-Sangster, of Game of Thrones, recalls his first bike—a bright pink scooter—alongside soulful portraits that picture him in dapper ensembles, including a baby blue Marc Jacobs suit. “Every male has a feminine side,” he says. 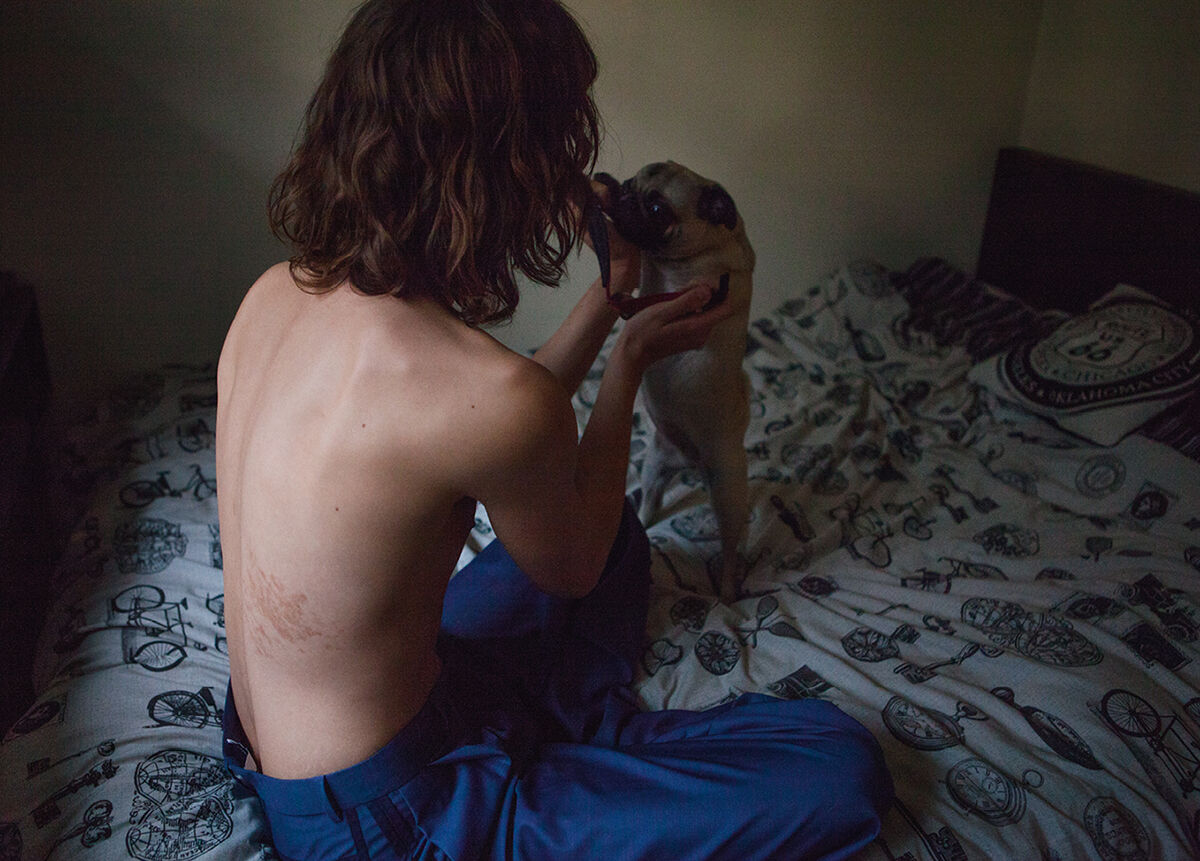 Portrait of Bradley Phillips by Cecilie Harris. Courtesy of Boys by Girls.

Likewise, 22-year-old Canadian actor Connor Jessup is photographed by Dani Brubaker in intimate black and white portraits that show him climbing trees or delicately lounging in Levis. “I cry in public and I don’t give a fuck,” he says, “but I think there is still a large part of the world that holds on to this sort of broken and armoured vision of masculinity.”
Boys By Girls is fostering a more progressive view of masculinity, in part by acknowledging the damaging effects of gender constructs, and encouraging honest discourse around mental health. “Some publications, especially fashion publications, tend to focus on what’s on the surface, and glamorize things,” Harris says. She stresses the importance of tackling these topics head on, rather than glossing over experiences of anxiety, depression, or loneliness. 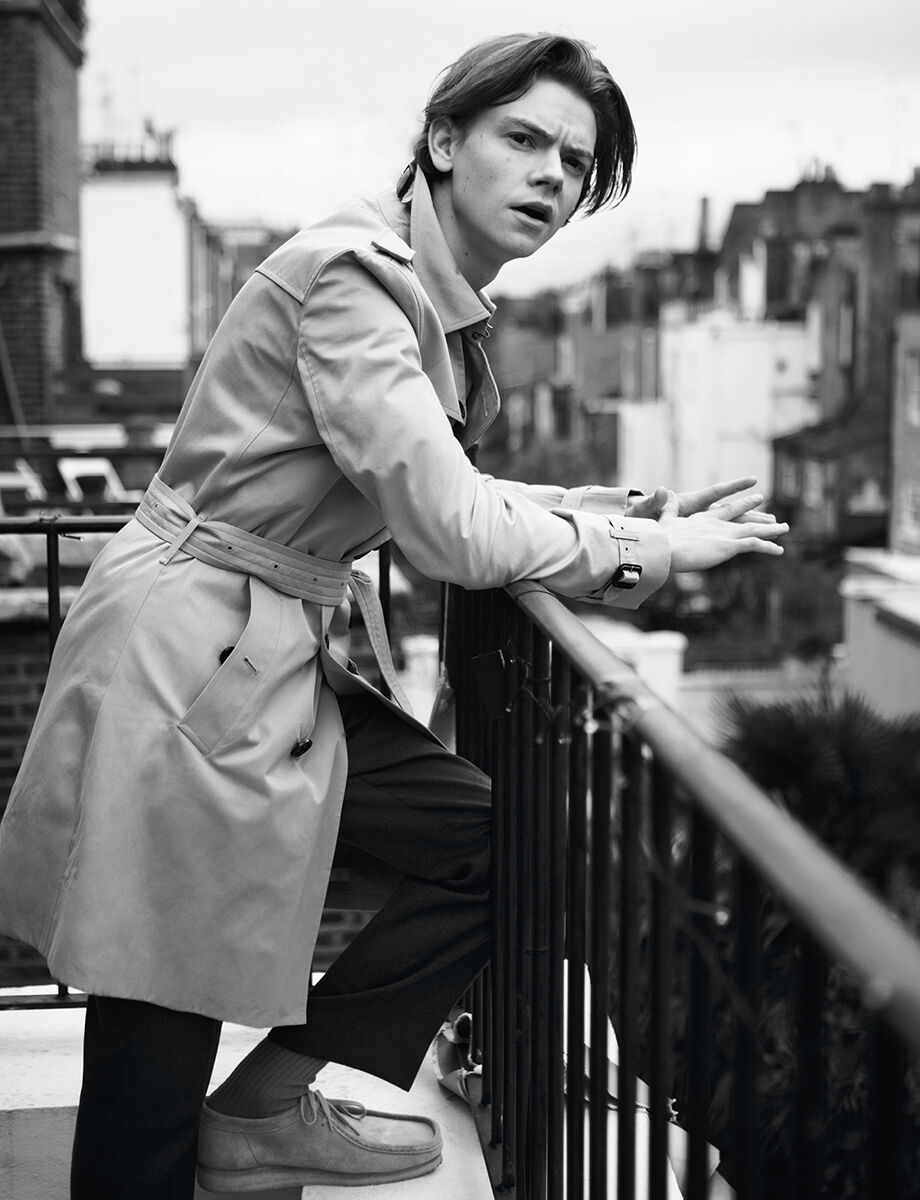 Portrait of Thomas Brodie-Sangster by Cecilie Harris. Courtesy of Boys by Girls. 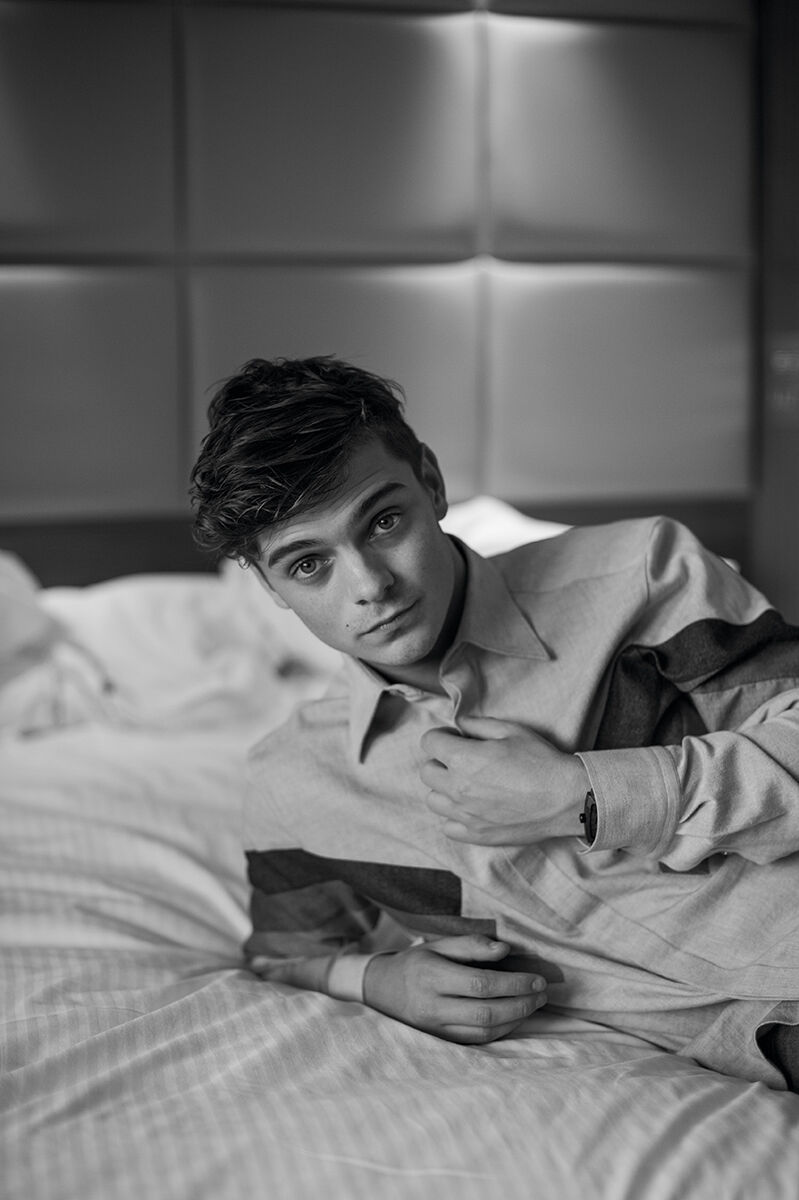 Portrait of Martin Garrix by Cleo Glover. Courtesy of Boys by Girls.

In a feature on British singer-songwriter Zak Abel, who Harris photographed around his old high school, playing a piano or stretching out across wooden chairs, he opens up about our preoccupation with social media—and the toll it can take on the spirit. Elsewhere in the magazine, the young EDM star Martin Garrix, pictured by Cleo Glover in an intimate shot where he’s lying on a hotel bed, speaks candidly about loneliness on the road.
Perhaps the issue’s most striking spread pictures 24-year-old ballet dancer Solomon Golding, the first black male dancer in London’s Royal Opera House. “He’s half black, half white, and he’s gay,” says Harris, “and he doesn’t feel like he’s fully accepted within any of those groups.” Cat Garcia’s photographs of Golding, which show him stretching and dancing freely in the ballet studio or resting outdoors, celebrate his individuality. 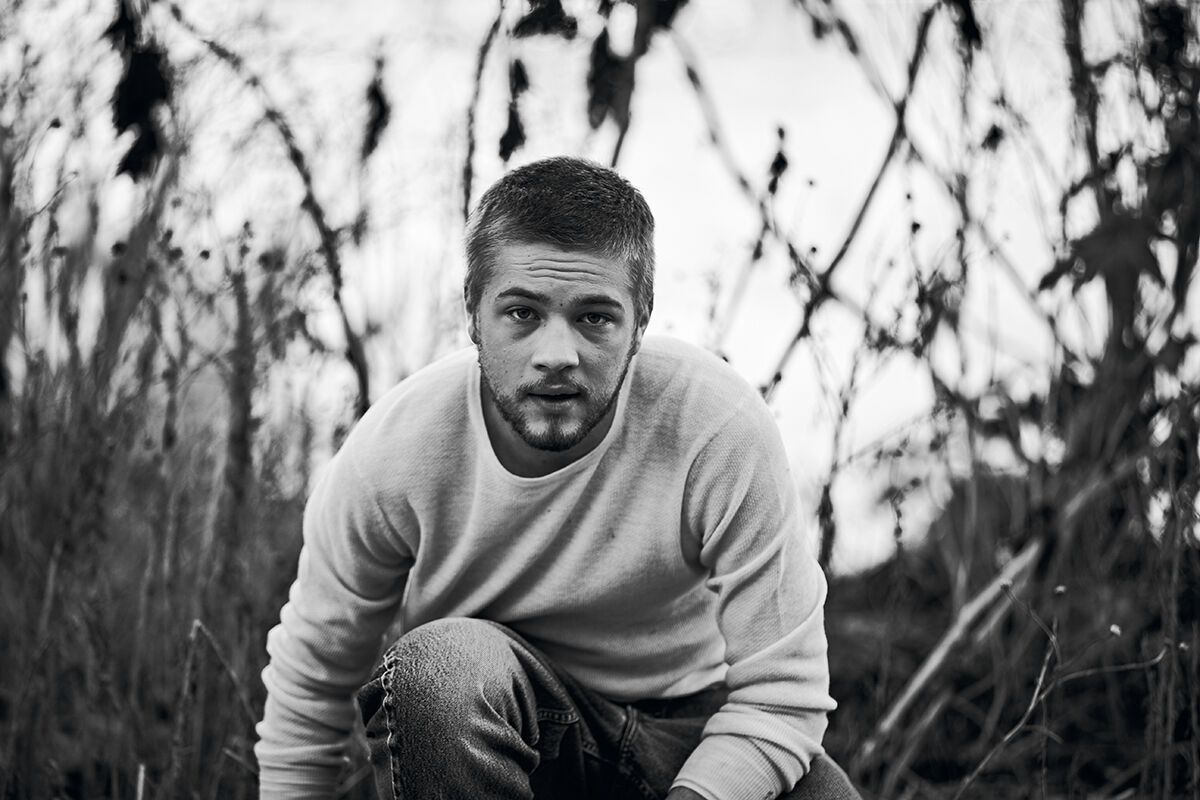 Portrait of Connor Jessup by Dani Brubaker. Courtesy of Boys by Girls.

They challenge perceptions of what a ballet dancer can look like. But even more so, they’re a reminder to those following along, perhaps other young men who similarly straddle different cultural stereotypes, that they’re not alone.
“At the end of the day, when we as women photograph men, it is only our interpretation,” says Harris. Rather than project their views on their subjects, these women are providing a platform for young men to embrace their true selves. The more outward-facing this expression becomes, the more empowering a tool it can be for young men searching for their place in the world.
Molly Gottschalk is Artsy’s Lead Visuals Editor.
Related Stories 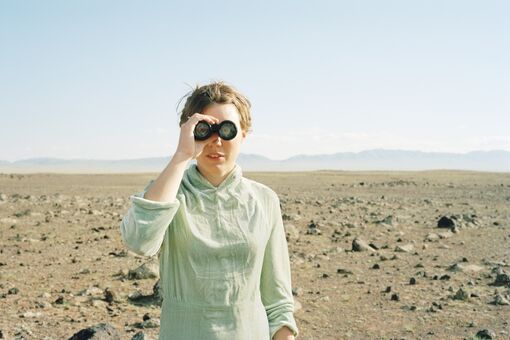