Omer Fast on the Striptease of Revealing His Characters, Questioning Truth, and Failing Consistently

Artsy Editors
Oct 26, 2015 7:43pm
Omer Fast will trick you. Born in Israel, educated between Boston and New York, and based in Berlin since 2005, he creates short films and video installations that demonstrate a stunning mastery of the tools and textures of cinema, which he manipulates to disorienting effect. Often resisting a linear narrative, his works deconstruct and reconstruct stories, embodying a distinctly postmodern skepticism about the existence of a singular truth. 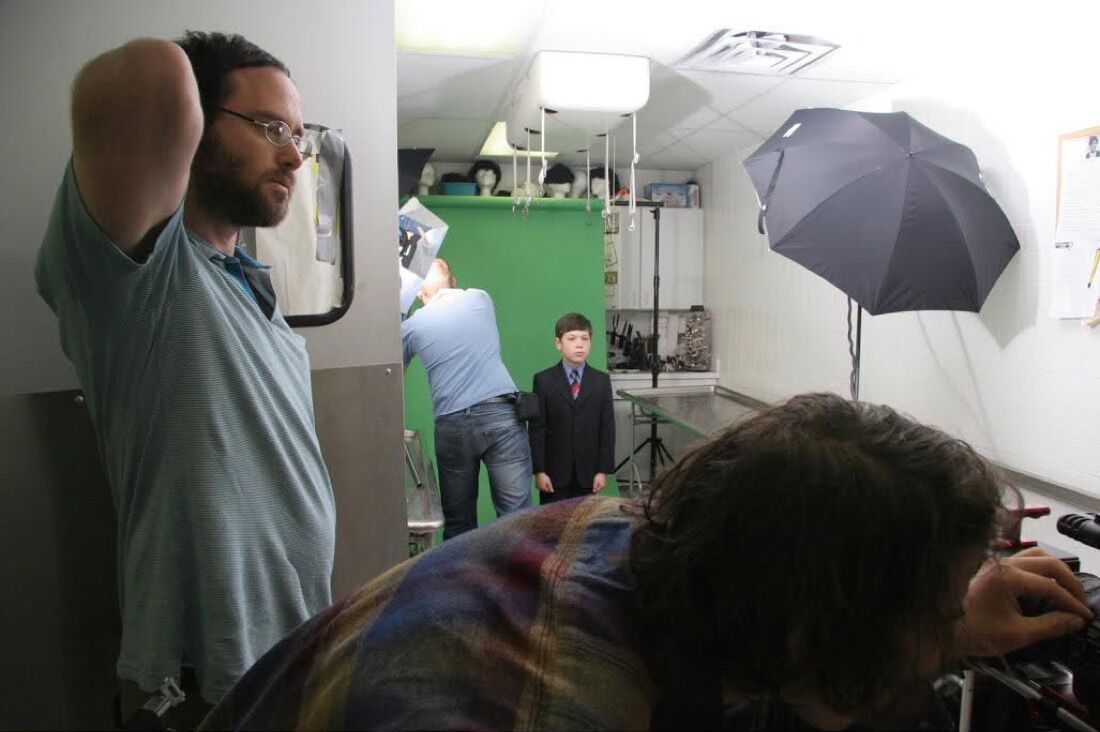 In his current show at the Jeu de Paume in Paris, his first monographic exhibition in a French museum, Fast presents four videos: CNN Concatenated (2002), A Tank Translated (2002), 5,000 Feet is the Best (2011), and a new expansion on his 2012 film Continuity, here titled Continuity (Diptych). The works offer an apt introduction to the topical and ontological themes that continue to concern him. From the derailed political messages delivered by montaged news anchors in CNN to the foray into drone warfare in 5,000 feet, the exhibition presents a decontextualized portrait of contemporary battles—one mediated by technology. Beyond their shared employment of young male soldiers as protagonists and repetition as a narrative device, the four videos cumulatively make up a complex investigation of loss.
During a brief lunch break from the chaos of installation, Fast and I sat down to discuss the beauty of “the striptease,” the performance behind everything, and the inevitability of failure.
Emily Nathan: How has your multicultural heritage influenced the way you work?
Omer Fast: From an early age, I suspected that everything that surrounds us, that we take for granted, was authentic. I understood how much of it was something you acquire. And growing up bilingually in two different countries, and moving a few times—after the second or third time you move you realize that the identity that you left behind in that other country sort of travels along with you.
It’s baggage that you bring with you, but it’s baggage that you need to suppress. Or you choose other baggage in order to insinuate yourself into the new culture. I was highly aware of the degree to which things that we think of as immutable at that age—identity, language, connection to a particular milieu, and so on—are extremely negotiable and extremely related to performance. I felt from an early age that the language that I was using was one that I was affecting rather than one that was bubbling out of me, ex nihilo. 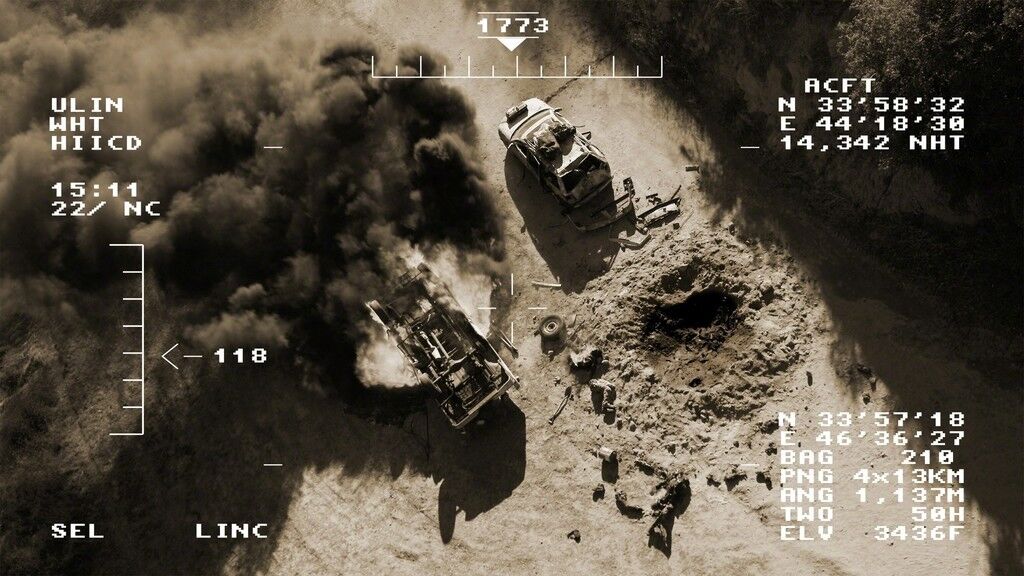 Omer Fast
5,000 Feet is the Best [Le mieux, c’est 5000 pieds], 2011
Jeu de Paume
Advertisement
EN: Performance is a recurring theme in your work. Your 2005 film Godville involves interviews with a series of actors in colonial Williamsburg, a living-history museum. You’ve edited the piece so that they seem to slip between roles, sometimes playing themselves and sometimes speaking in character.
OF: That particular work is very transparent about what it does. And the staccato editing that you see is the most direct indication that these people’s speech has been tampered with, and that—perhaps like puppets or ventriloquists—they’re channeling something else. Whether that something else is me, or “me” in big old quotes, doesn’t matter as much because the visual perception of what’s happening immediately informs you that there is some other villainy afoot.
In that particular work, the subjects are Frankensteinian, in a way. They’re literally stitched together in order to create something other, something in between what I want them to say and what they want to say, and how they say it when they’re pretending to be 18th-century figures and how they’re saying it when they’re being themselves. And since all those boundaries are blurred, what you have in the end is grotesque, something that is a composite, a hybrid—and that is what I’m after.
EN: What about the responsibility of conveying something that is truthful, something real?
OF: I guess I don’t feel that responsibility. My notion of identity is so imminently linked to performance and codes—and that doesn’t mean that I don’t think this notion of truth exists. But when I’m making my work, I’m sitting across from people, and if I’m talking to somebody, we’re both, in a sense, performing, just like you and I are right now. And none of it is prefaced by some larger truth hovering over us. That really doesn’t interest me. What I’m much more interested in is the mechanics of performance, and the codes that we employ to tell our stories. 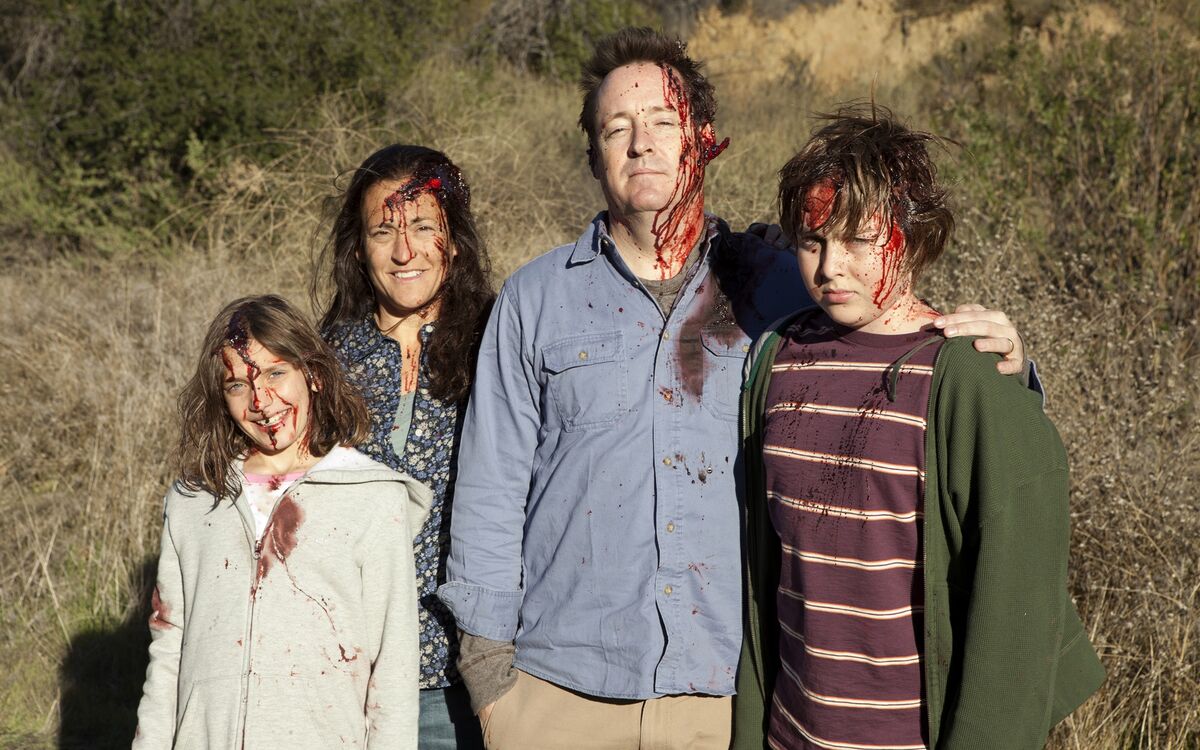 EN: So your work is about that transparency, about the revelation of the mechanics behind any given subject or any given construction—the construction of identity, for example?
OF: Not exactly. It’s about the striptease. If you’re going to a peep show (I’ve never been, of course), you’re not going there to watch a naked human being. You’re going there to watch the transformation. That’s what I aim for in my work. Whether we’re talking about a costume or codes, it’s taking the things that cover something and playing with them, putting them into motion. I’m not interested in the naked truth, or the naked performer, or the essence of the person who is sitting in front of me. I’m much more interested in this notion that we are using masks; that we are ghosts walking around and putting those elements into play. That’s really what gets me going. That’s what wakes me up in the morning.
EN: You’ve said that your practice is in some ways “vampiric”—dependent on consumption of the stories and experiences of other people.
OF: I think of my work, in a sense, as portraiture. But when we think about the clichéd notion of an oil-painted portrait, we don’t expect it to record reality in the same way we expect it to if the medium is film or photography. We don’t have that indexical notion of truth that we may still cling on to with a camera. We know that a traditional portrait, a painted portrait, say, is defined by the encounter, the way the light falls on the subject, the mood of the person who is painting, and what that whole dynamic is like. I don’t think of my work any differently than that. In a most primitive sense, it is portraiture. 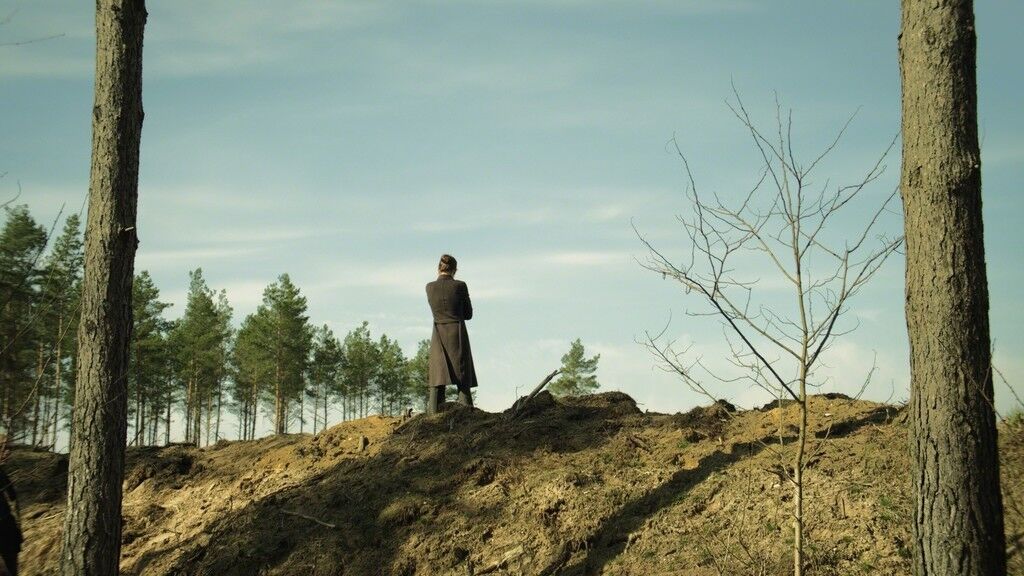 Omer Fast
Continuity (Diptych) , 2012-2015
Jeu de Paume
EN: For this exhibition at the Jeu de Paume, you have created a new work, Continuity (Diptych), which derives from a work from 2012, Continuity.
OF: It’s really a revisitation and an expansion. If you’re taking a picture, you’re always looking at what’s inside the frame. And if you’re going to art school, you’re always thinking about what’s outside the frame. So what I’ve done is expand the perimeters of the frame in my own goofy way. The idea behind a traditional diptych is to create a narrative between two images. There’s nothing radical in my piece, but I ended up packing the two parts of the diptych onto one timeline, weaving the new parts into the old parts. I think of it as a temporal diptych.
In the previous version, you had a hermetic, theatrical situation where you see a couple at home waiting for something; and then a very emotional homecoming with a young boy in military garb. You assume this is a son who has just returned from somewhere, but little by little you start to realize, through his reactions and through theirs, that there are other things going on. Then there is a temporal cut, some time passes, and you see the parents repeating the same itinerary again, but this time with a different guy. And then another. Each time, things play out somewhat differently, because it’s a different guy, and he has different skills, a different body, and he reacts to them differently—and the story wanders elsewhere. 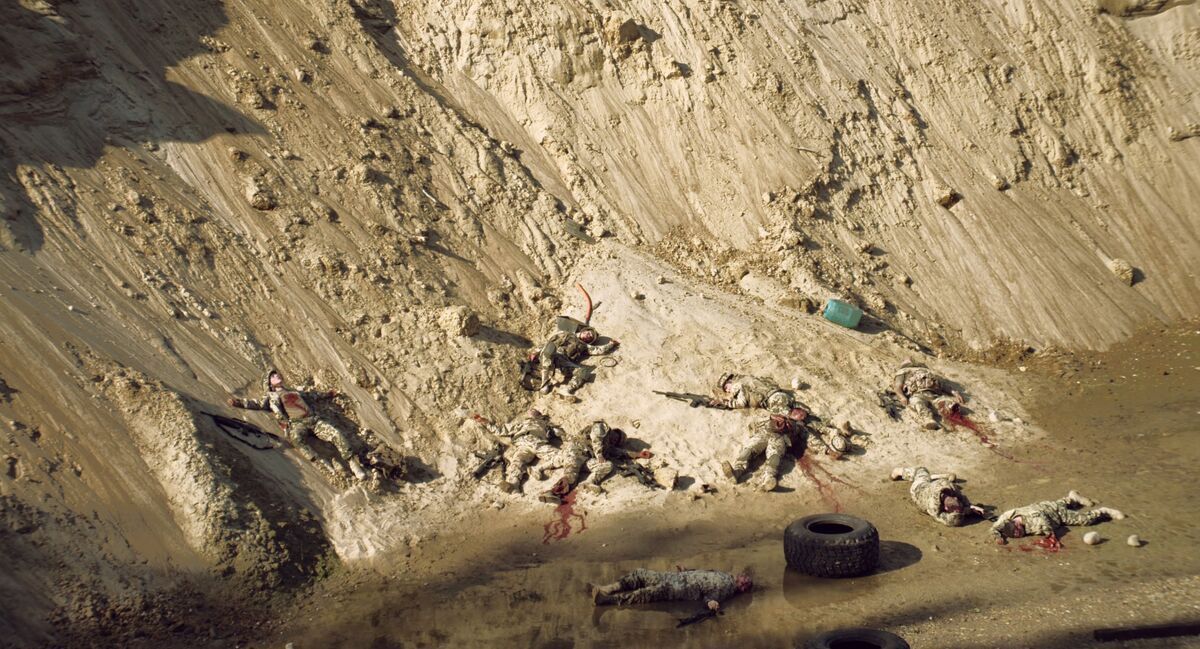 The original work was extremely tight in how it was structured. You understand that you’re being allowed a mere glimpse into these people’s lives and that you’re seeing symptoms of a problem that’s never going to be explained. I was asked many times what happened to them, so now I’ve decided to include that in the expansion of the work. As opposed to the classic diptych of before and after, here the diptych is being used to articulate something visually but also temporally. We now have the son as this kind of prodigal son in two guises, one a past apparition, and one a future incarnation of what that son might have been like had he lived. And so the work tries to have many cakes and eat them too. It still contains that very tight, mannerist theater of homecoming, but it also expands vertically into these people’s lives and times.
EN: Have you ever been involved in theater?
OF: In second grade, I was the director of the class play. I remember setting it up, and running around between little groups of people—and then we were supposed to present our play to all the parents on the last day of school. And my play collapsed, spectacularly. It never happened. So for me, the notion of directing something and failing at it have always been inextricably linked. That’s my experience of theater, and that’s what I carry with me throughout.
EN: Do you consider all of your projects a failure of sorts?
OF: Yes, absolutely. I might fail differently, but I fail consistently.
—Emily Nathan
“Omer Fast: Present Continuous” is on view at Jeu de Paume, Paris, Oct. 20th–Jan. 24th, 2016.
Follow Jeu de Paume on Artsy.
Related Stories