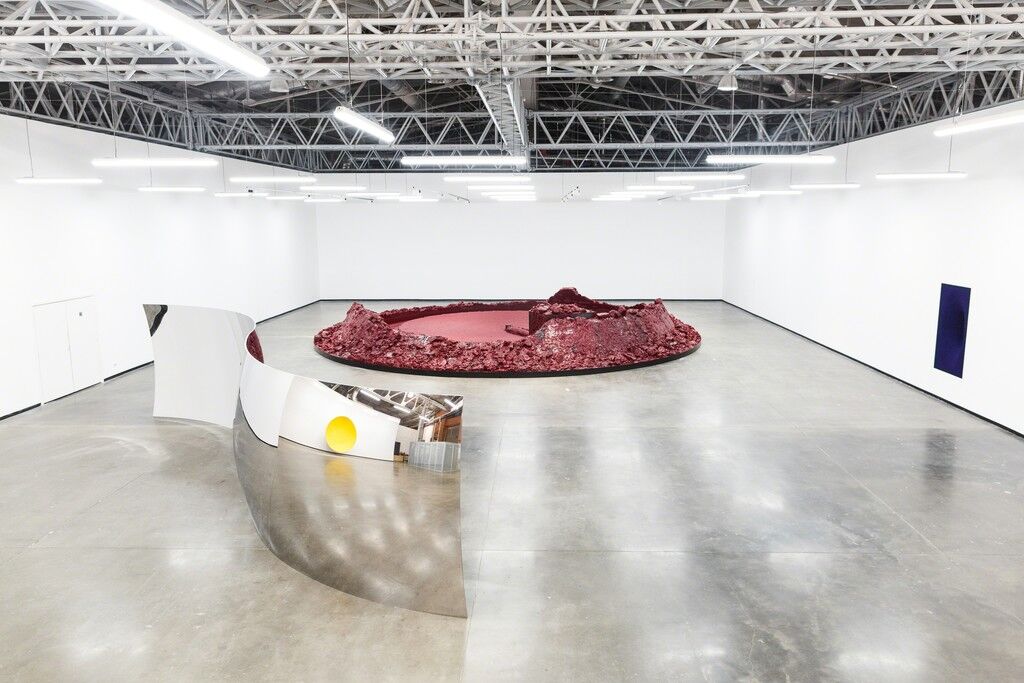 When Maria Nasimova, head curator of Moscow’s Jewish Museum & Tolerance Center, visited Anish Kapoor’s London studio and showed him images of the institution’s interior, the artist immediately recognized it. He had made his Russian debut in the very same space, the Bakhmetevsky Bus Garage, in a group show there for the 2009 Moscow Biennale of Contemporary Art. Then occupied by the Garage Museum of Contemporary Art, which has since moved to new digs in Gorky Park, the Jewish Museum was founded in the former bus garage in 2012. Designed by Russian Constructivist architects Konstantin Melnikov and Vladimir Shukhov in 1926, the renovated modernist space is now the largest institution in the world dedicated to Jewish history, but it also lends itself well to  large-scale contemporary projects, like Kapoor’s sculptures. Four of them are on view there as part of this year’s Moscow Biennale, through January 17,  in “My Red Homeland,” the artist’s first solo exhibition in the country. 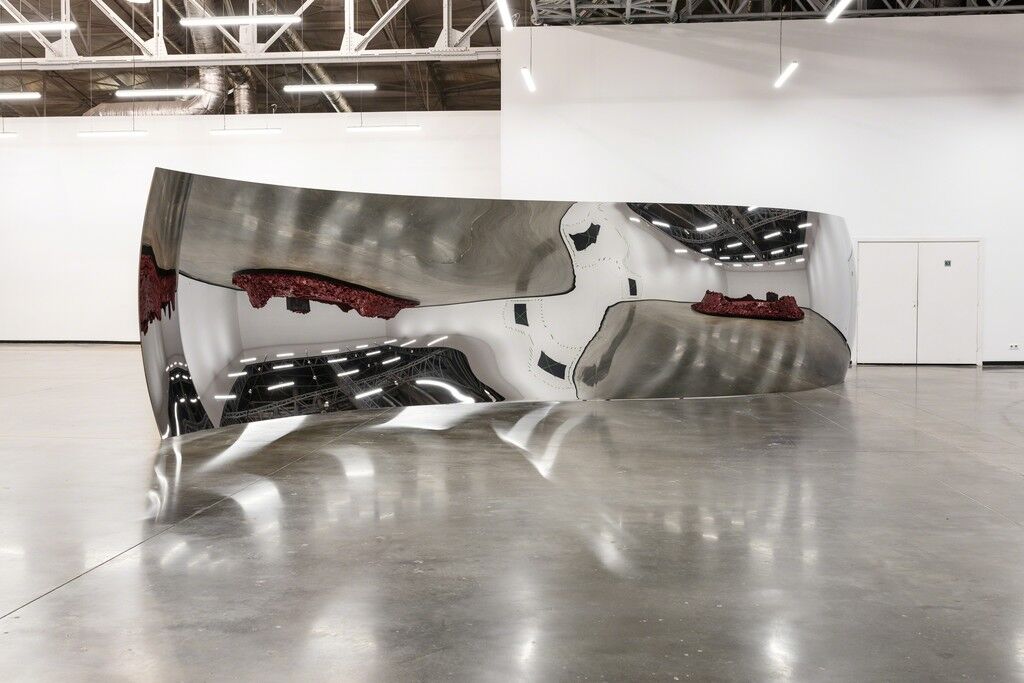 Anish Kapoor
S-Curve, 2006
"My Red Homeland" at The Jewish Museum and Tolerance Center, Moscow
The museum’s soaring space is an ideal venue for carrying out the center’s mission of educating the Russian public about the unique story of Russian and Soviet Jews, and Kapoor is a fitting subject for its ambitious contemporary program. This past spring, Kapoor, who was born to an Indian father and a Jewish mother, had a personal brush with anti-Semitism when his giant sculpture Dirty Corners (2015) was scrawled with graffiti while installed in the gardens of Versailles. Rather than removing the racial slurs, Kapoor decided to leave the writings intact as a reminder that xenophobia still pervades modern society. After a French politician brought Kapoor to court in order to rid the sculpture of the graffiti, Kapoor implemented a plan to cover the tags with gold leaf as a way to heal the works’ surface without erasing the memory of the events. “Tolerance requires a lot of patience. We are not predisposed to it. It takes a real effort,” says Kapoor. “It is a huge battle that we have to teach ourselves.”
The Jewish Museum is taking strides to promote that tolerance through exhibitions as well as through eye-catching interactive installations. A relative newcomer to Moscow’s cultural landscape, the institution takes its cues from international counterparts. “When I joined the museum after the opening, I realized we were already kind of plagiarizing the Jewish Museum in New York, whose art program we are very envious of,” says Nasimova, whose background is in finance and contemporary art. “Russia is now in a similar state as New York in the 1970s, so we have an opportunity to program however we like. While we don’t have a big space to contribute towards contemporary art, we felt it was an important addition to our program because it gives our visitors the chance to experience something new.” So far, Nasimova’s strategy is working—supplemental exhibitions by artists like Kapoor have increased the visibility of the museum while also offering guests a chance to connect the past with the present. 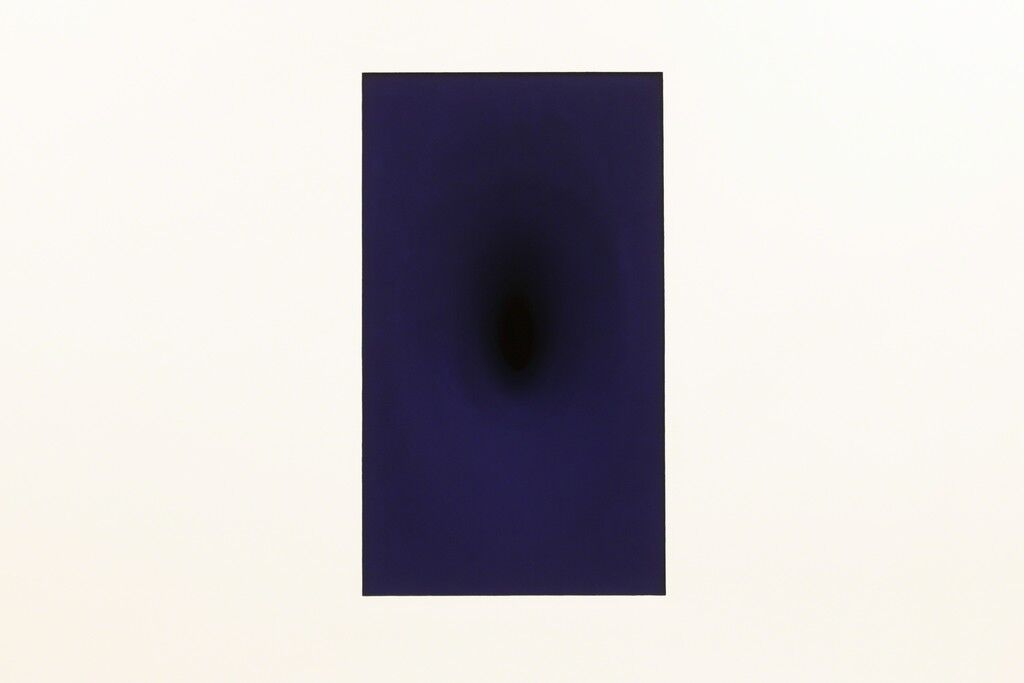 Anish Kapoor
My Body Your Body, 1993
"My Red Homeland" at The Jewish Museum and Tolerance Center, Moscow 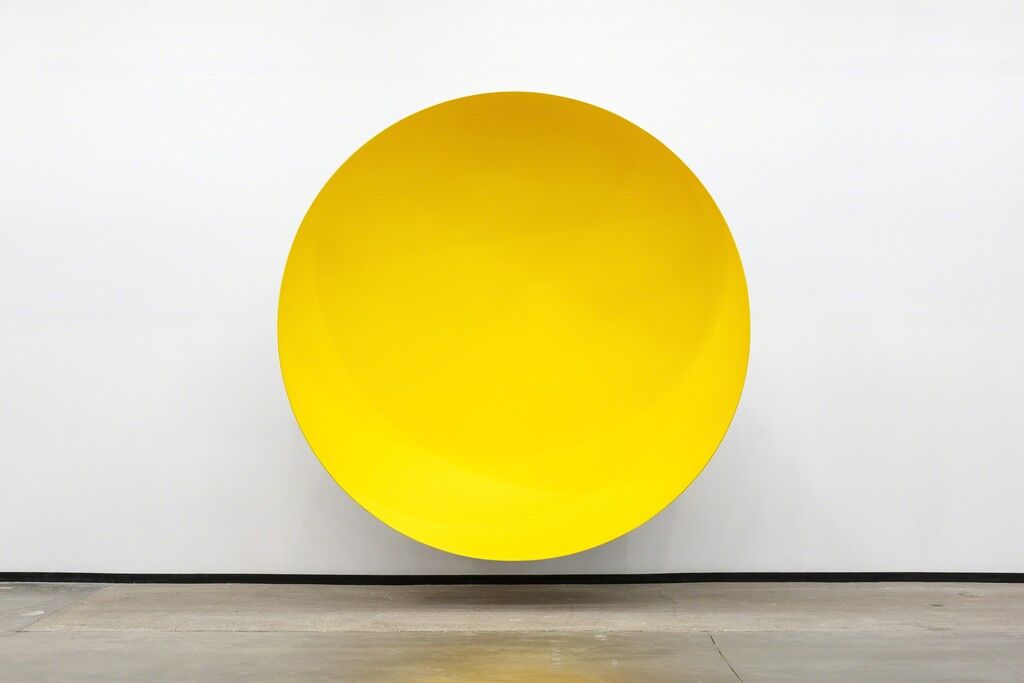 Anish Kapoor
Shelter , 2007
"My Red Homeland" at The Jewish Museum and Tolerance Center, Moscow
Advertisement
The museum’s contemporary gallery is designed on the white-cube model, with a concrete floor and lofty ceilings. On view are four of Kapoor’s iconic large-scale sculptures, chosen together by the artist and Nasimova, including a sunny yellow concave disc from his “Monochrome” series from 2007; a mirrored, biomorphic, S-curve (2006); the giant wax, crater-like My Red Homeland (2003); and a reflective blue fiberglas rectangle, My Body Your Body (1993). Staged with the help of Lisson Gallery, the show is an important addition to the museum’s contemporary program, which Nasimova hopes will bring in a new wave of visitors. “Moscowers need the opportunity to see these works in person,” she says. “They are not installations that can be experienced through a photograph.”
Along with the Biennale and the recent reopening of the Garage, Kapoor’s return to Russia is a sign of an encouraging new era of contemporary art in the post-Soviet state. “I was here 25 years ago, and it’s a completely different city now. It’s now a modern city,” says Kapoor. “It does have fabulous public space and architecture—and that somehow has come alive in this era of the commercial.” 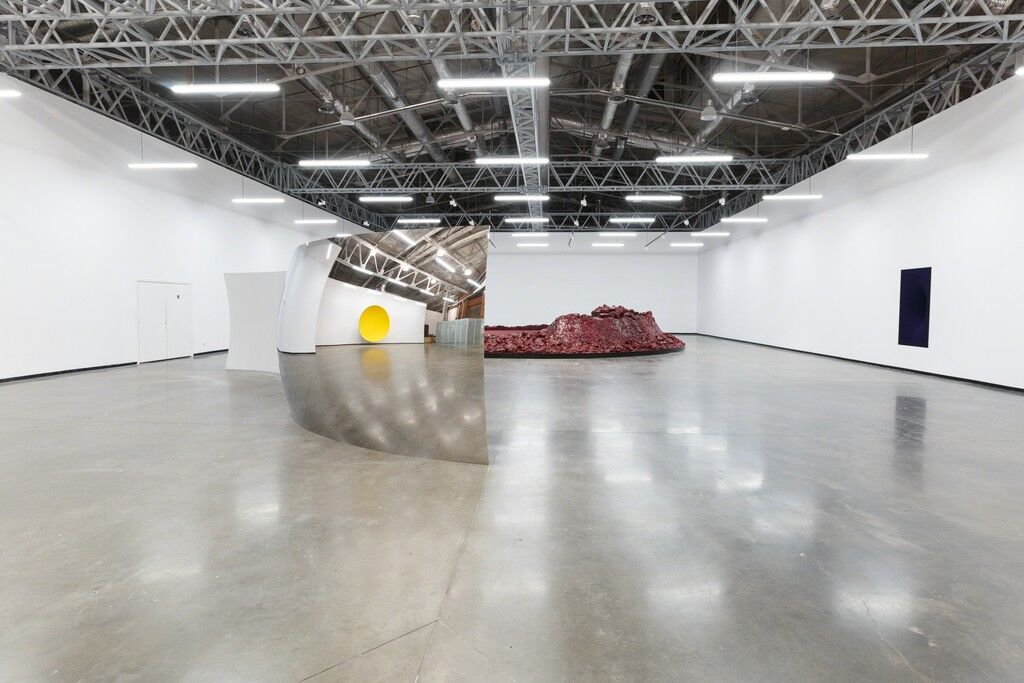