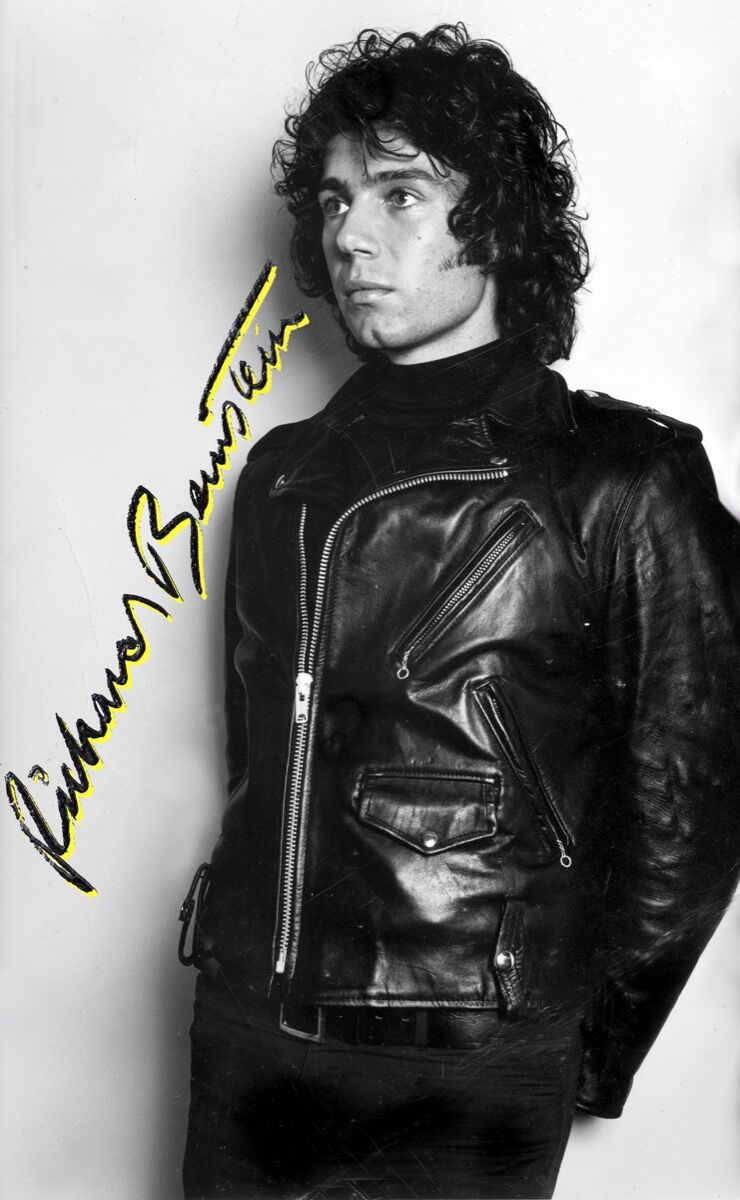 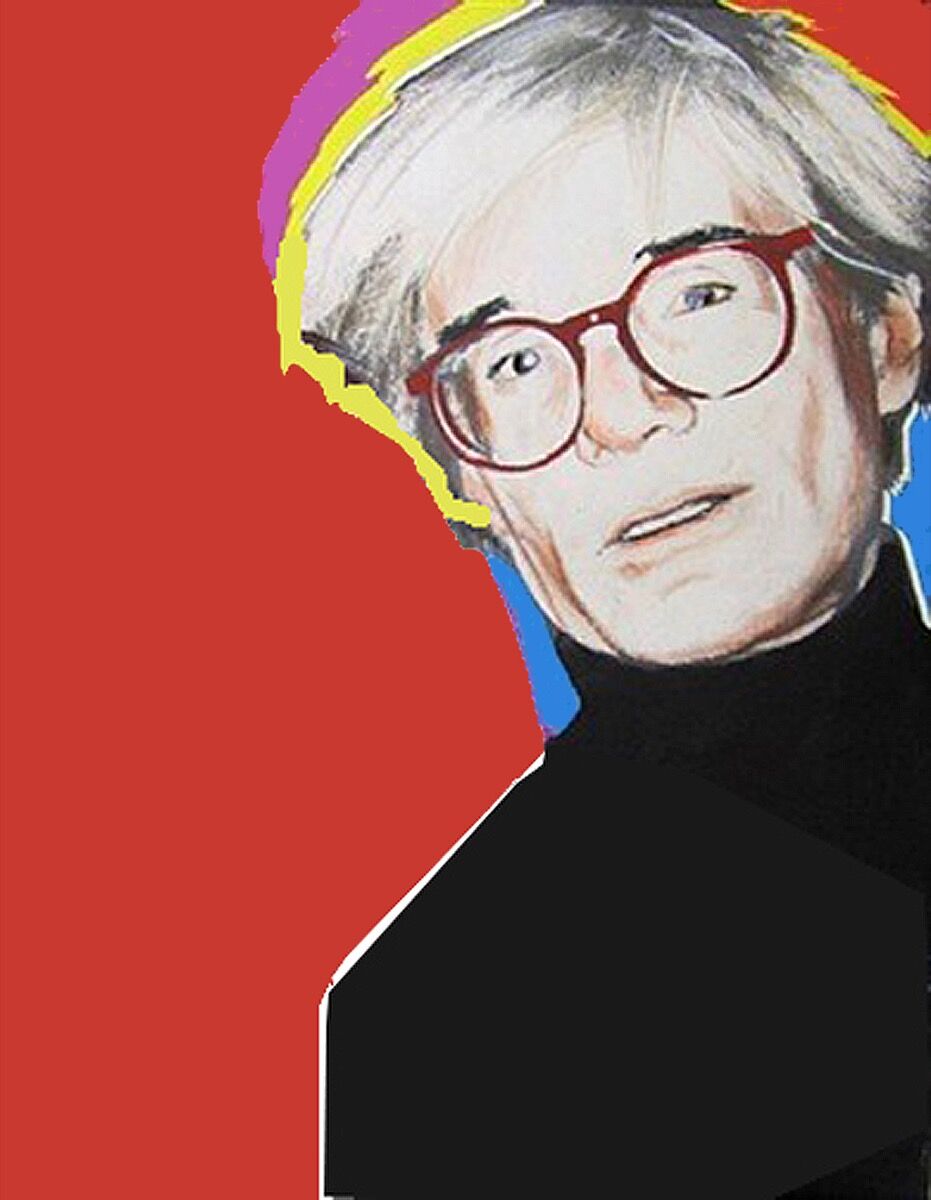 What does it take to become a star? In the 1970s and ’80s, it seemed as easy as sitting for artist
Richard Bernstein
. “Bernstein’s faces are wonderful,”
Andy Warhol
once gushed of the dewy, glamorized portraits Bernstein crafted in his Chelsea Hotel studio. “He makes everyone look so famous.”
That was high praise coming from
Pop art
god Warhol, who worshipped celebrity above all else. It was also the reason he tapped Bernstein to design a whopping 189 covers for his game-changing Interview magazine, which Warhol helmed from 1969 until his death in 1987. (Since then, it’s been run by the media conglomerate Brant Publications, which recently came under fire for sending the magazine into bankruptcy, then resuscitating it soon after.)
Between 1972 and 1989, Bernstein was commissioned to decorate the publication with idealized paintings of both the hyper-famous and the up-and-coming—Michael Jackson, Rob Lowe, Madonna, and Bette Midler were just a few of the faces he painted for the magazine. “He puts wit into the beauties, fantasy into the rich, depth into the glamorous and adds instant patina to newcomers,” wrote designer
Paloma Picasso
, who sat for Bernstein, equating his practice to personality-altering forces like magic (or very good therapy).
In the process, Bernstein’s work came to embody the era’s unchecked appetite for glamour, drugs, and rock ‘n’ roll. (The artist also notably painted psychedelic compositions of sedatives and gemstones, and designed neon album art for Grace Jones and Cher.) It was a time when anyone could be a star, and Bernstein’s portraits helped catapult them there. 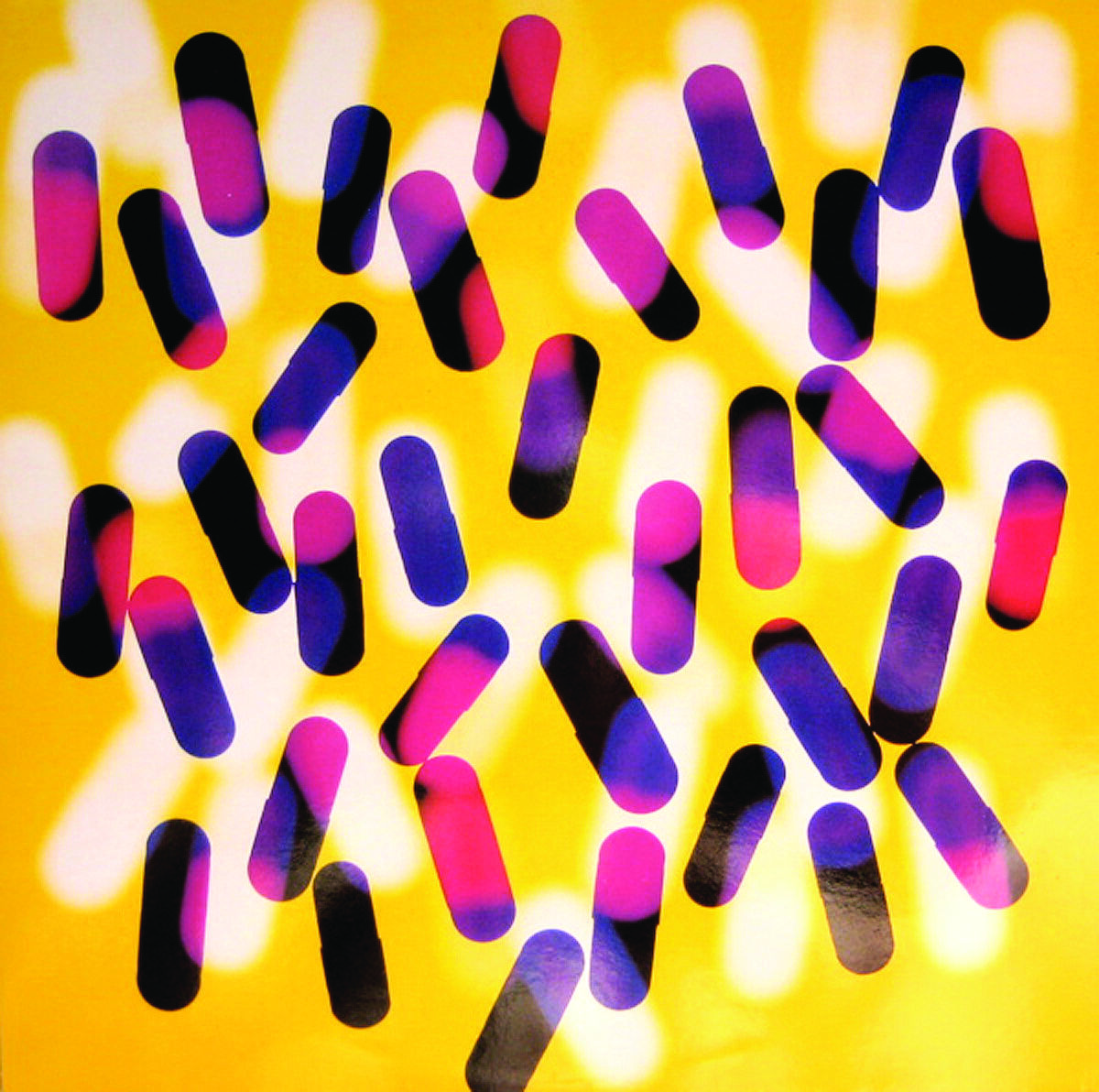 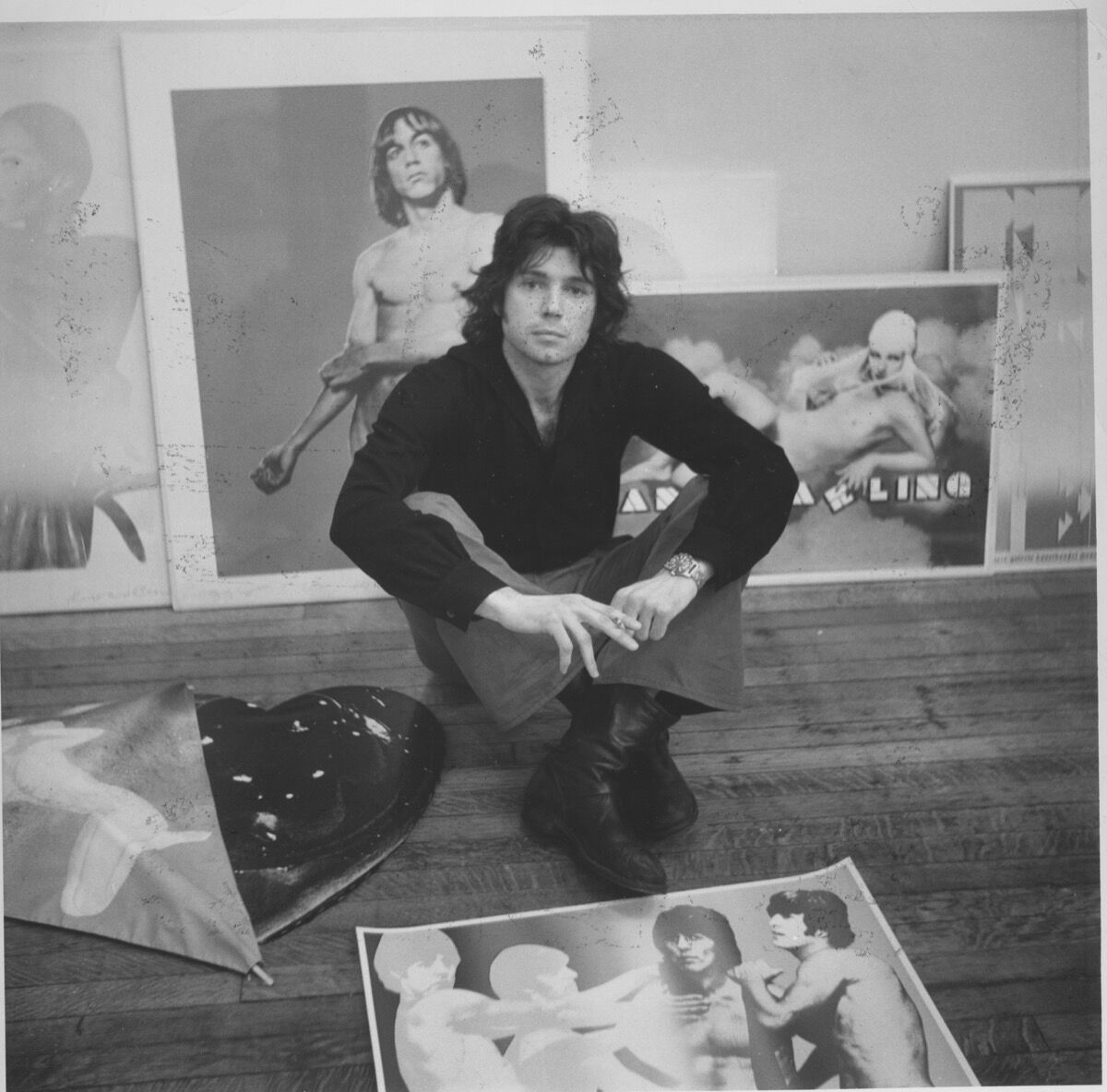 Since Bernstein’s heyday, his own star has dimmed; today, his name and impact aren’t widely recognized. But this month, that’s set to change with the release of a hefty Rizzoli monograph, as well as the first U.S. retrospective of his work since his death in 2002 (according to curator and dealer Jeffrey Deitch), both of which tell the story of the artist’s provocative and enduring influence on visual culture.
Bernstein was born into a middle-class Bronx family in 1939. His father owned Supreme Fashions, a company that manufactured men’s suits; his mother was a trained classical pianist. His parents prized creativity, celebrating Bernstein’s artistic inclinations and dramatic flair. His childhood creations were ambitious and flamboyant, such as a parade float of an enormous goldfish, complete with real bubbles, built on top of his sister’s bicycle. Projects like these were inspired by Hollywood films like The Wizard of Oz, which he watched obsessively; they fueled his growing fascination with fantasy and glamour.
Later, while studying art at Pratt and Columbia, Bernstein plunged head-first into the budding Pop movement and its raucous downtown New York City party scene, which fed his appetite for both extravagance and escapism. (He happily heeded his professor Richard Lindner’s advice to “work hard, live hard, and fuck hard.”) Some of his earliest paintings, depicting giant sedative pills, rainbow-hued Jell-O molds, and the piercing gaze of actress Greta Garbo, typified Pop art’s interest in commodification, repetition, and celebrity.
Bernstein’s early paintings also pointed to his own freewheeling lifestyle in New York and, later, Paris, where he lived for several years in the mid-1960s. There, with his lover Jon Streep footing the bill, he caroused with movie stars like Alain Delon and rock stars like Mick Jagger. “It’s a giggle!” he wrote to his friend Toby Rabiner of his decadent European existence. “An epicene empire feeding on its own flesh! It’s a mad, mad whirl of a life!” 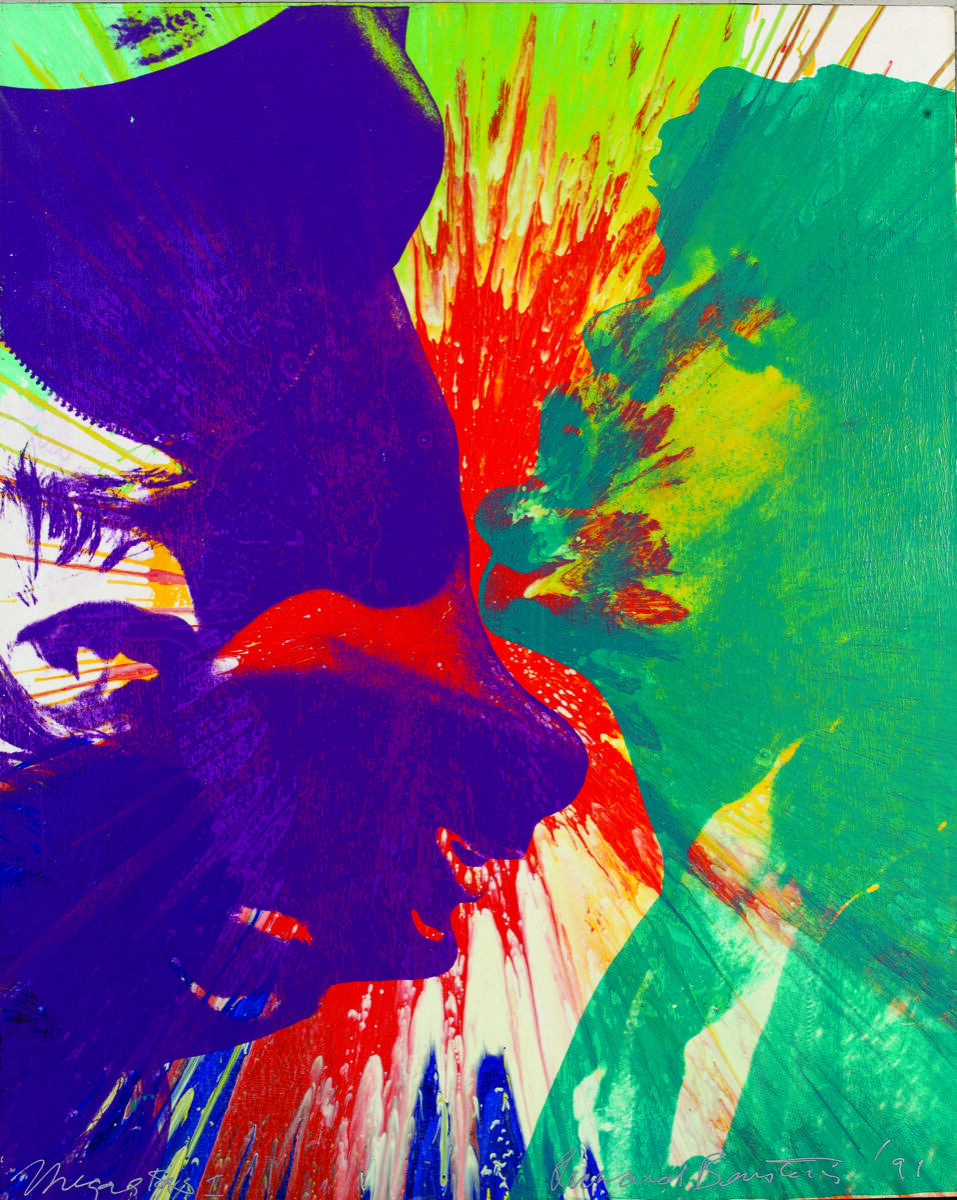 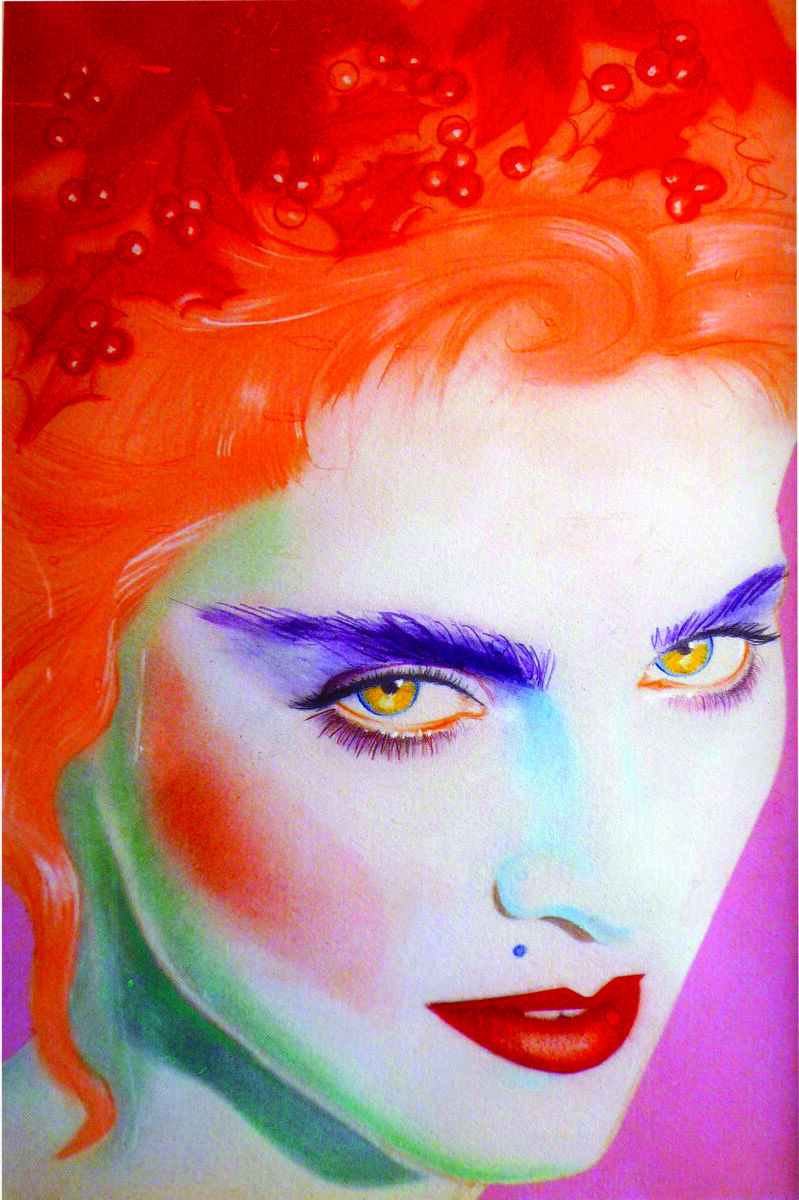 Advertisement
After returning to New York in 1968, Bernstein found a loft in the Chelsea Hotel, where he lived and worked near photographer
Robert Mapplethorpe
and punk rocker
Patti Smith
. He was also a regular at the infamous artist haunt Max’s Kansas City, where he rubbed elbows with luminaries like beat poet Allen Ginsberg and Pop-originator
Robert Rauschenberg
. It was there, too, where Bernstein and Warhol’s friendship began.
While Bernstein had idolized Warhol for years, Warhol had only recently been introduced to the younger artist’s work—in particular, Bernstein’s no-holds-barred illustrations in Newspaper, a queer art mag worked on by
Peter Hujar
and Steve Lawrence. Famously, he filled one centerfold with a nude image of transgender Warhol superstar Candy Darling. In Bernstein’s vision, she floated naked and supine over plump white clouds, like a club-kid angel. (Warhol may have seen Bernstein’s notorious 1968 poster, too, in which Bernstein seamlessly collaged cutouts of the Beatles’ heads onto images of buff, nude bodies—the creative community loved it; the band’s lawyers did not.)
At the time, Warhol was rebranding the avant-garde film magazine inter/VIEW, which he’d founded with poet-actor Gerard Malanga in 1969. He wanted it to be less intellectual and more rowdy—and he needed a great illustrator to help him. Bernstein, with his knack for siphoning glamour and camp into bold imagery, was his man. “Andy, being one of the great illustrators himself, understood Richard’s brilliance and gave him a great platform,” said Deitch, who recently opened the retrospective of Bernstein’s work in New York. Before long, Warhol had entrusted his young protégé with the lofty task of designing the new Interview’s logo and covers; he’d even go on to call Bernstein his “favorite artist.”
Though the 32-year-old Bernstein had achieved some success with his paintings, the job skyrocketed him to the position of star illustrator and art director—not to mention one of Warhol’s right-hand men.
What’s more, Bernstein was portraying his heroes. For each issue, he created a cover featuring one of the magazine’s interviewees, whether a breakout athlete, emerging actor, or new socialite on the disco scene. Bernstein enhanced their best qualities, sometimes seeming to foresee their futures in the process. In his hands, Grace Jones, Lily Tomlin, and Richard Gere appeared immortal, signaling the megastars they’d eventually become. And in one 1985 cover of Madonna, he turned the wide-eyed, nascent musician into the iron-willed superstar of her future, accenting her with bold slashes of purple for eyebrows, a shock of neon-orange hair, and glowing skin. 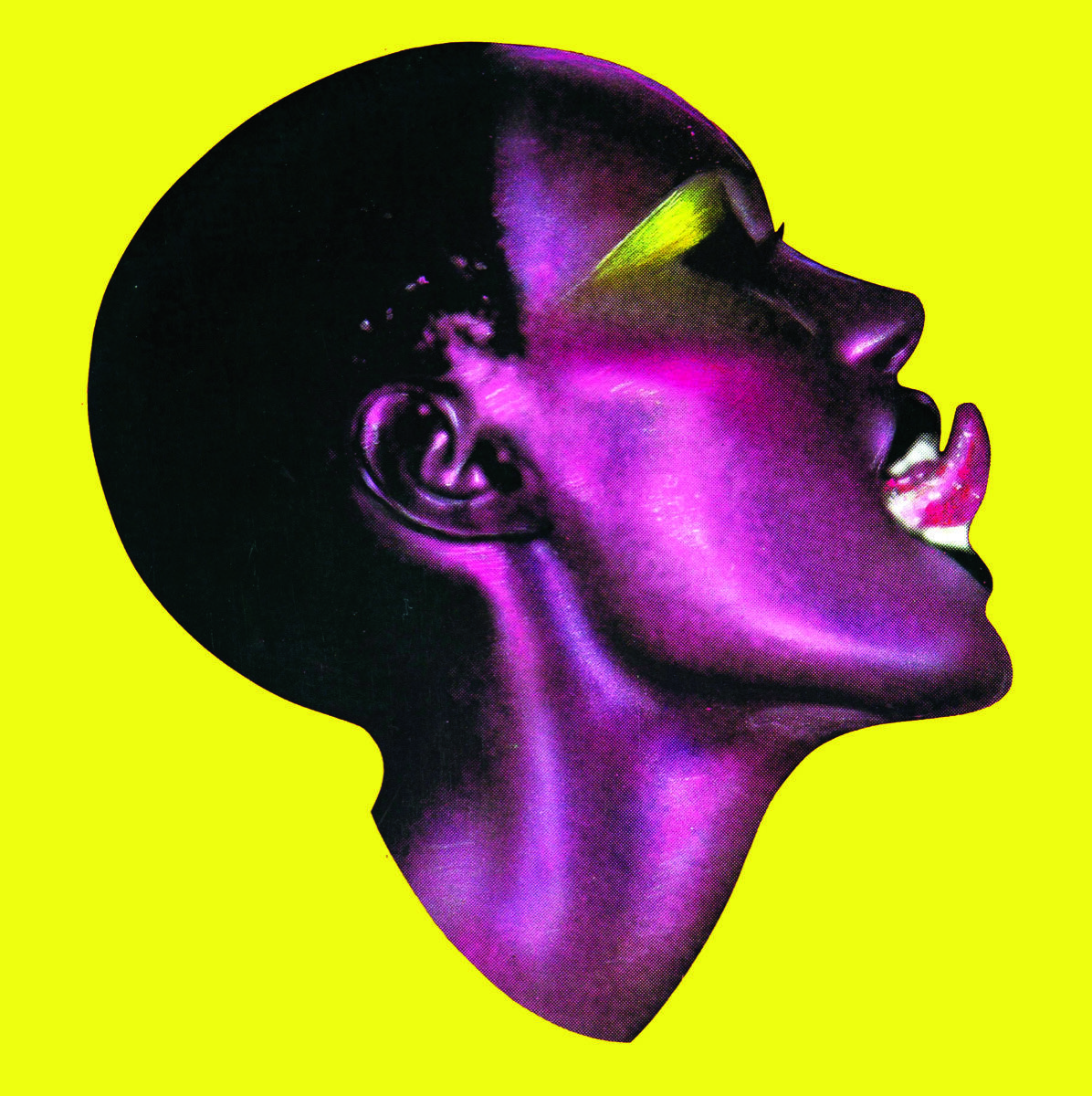 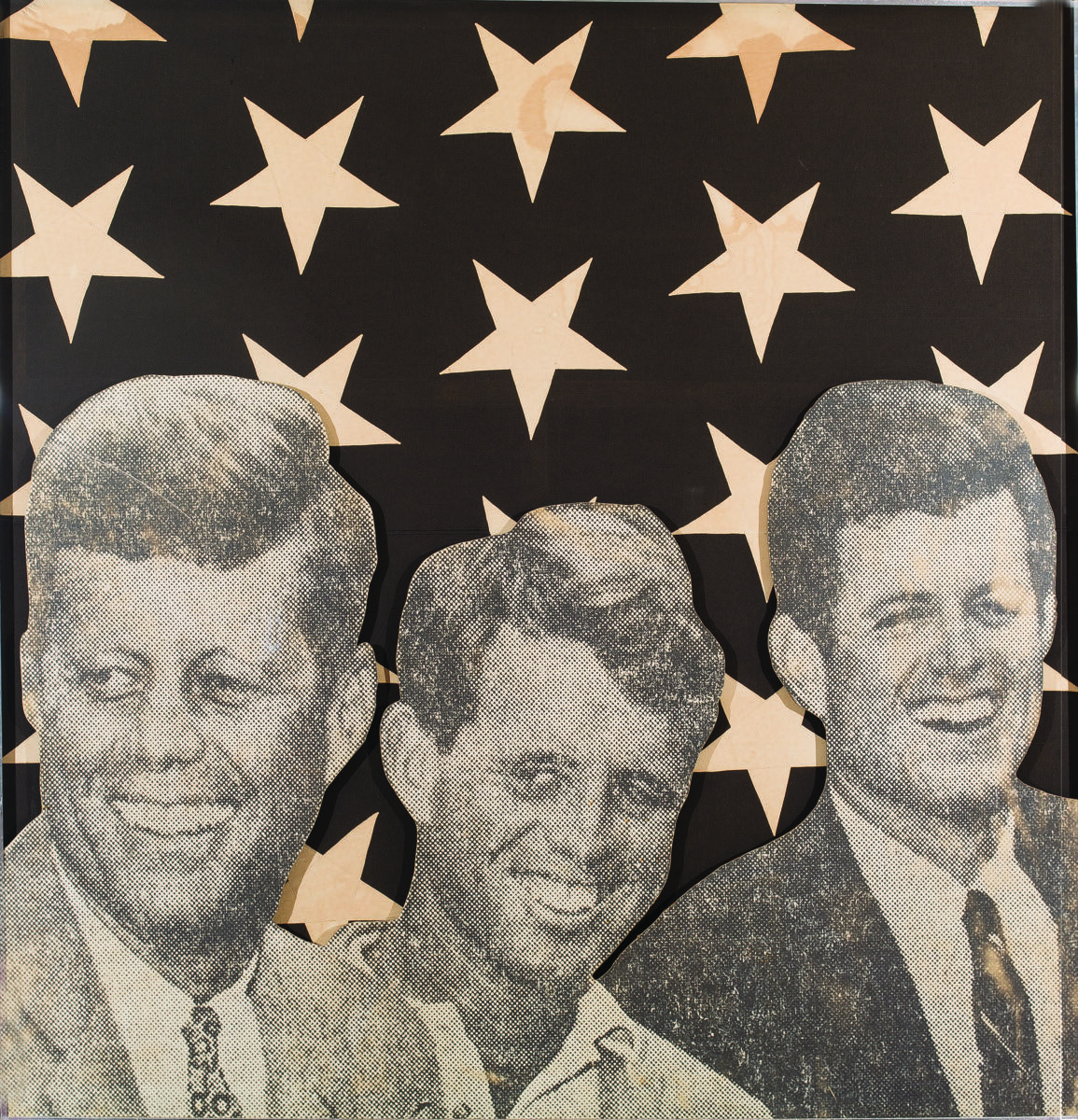 Bernstein achieved these idealized portraits by doctoring photographs the old-fashioned way. After serving as art director—and often the photographer—on a shoot, he’d apply collaged elements, paint, colored pencil, pastel, and Wite-Out to the portrait to achieve his signature, gauzy aesthetic. Puffs of airbrush gave his subjects otherworldly auras and the dewy glow of eternal youth. While this process was imperceptible in the printed version of Interview, many of Bernstein’s original collages still exist as proof of his labored, inventive approach. Indeed, 60 of them are on view in the Deitch show.
The real genius of Bernstein’s work, though, was to harness the zeitgeist of his era. In the early 1970s, as the harsh realities of the Vietnam War, the Manson murders, and the assassinations of Robert F. Kennedy and Martin Luther King Jr. weighed on the nation, people looked for entertainment that offered an escape. Artifice was not only desirable, it was paradise. Pop art offered this, with its focus on bright colors, commodity, and celebrity. So did Interview, which let readers enter the glitzy, seemingly charmed lives of the rich and famous through the seductive door of Bernstein’s covers.
Though Bernstein was ultimately fired from Interview in 1989—two years after Warhol’s death, as the magazine shifted in management—his work defined the publication’s identity during its heyday. His creations also resonated with American culture of the 1970s and ’80s, when an obsession with physical perfection took hold, and gym memberships and plastic surgery became commonplace. “Bernstein was creating these works at the beginning of a major transformation of people’s self-identity,” explained Deitch, “when people had a consciousness change and they believed that they could recast their image.” Referencing Warhol’s famous phrase, he added: “Bernstein’s work is an extension of what Interview was about at its core: that everybody can be world-famous for 15 minutes.”
Alexxa Gotthardt
Correction: A previous version of this article stated that “Newspaper” was Peter Hujar’s publication; he did not own it. Additionally, Toby Rabiner’s name was misspelled as Tony Ranier. The text has been updated to reflect these changes.
Related Stories